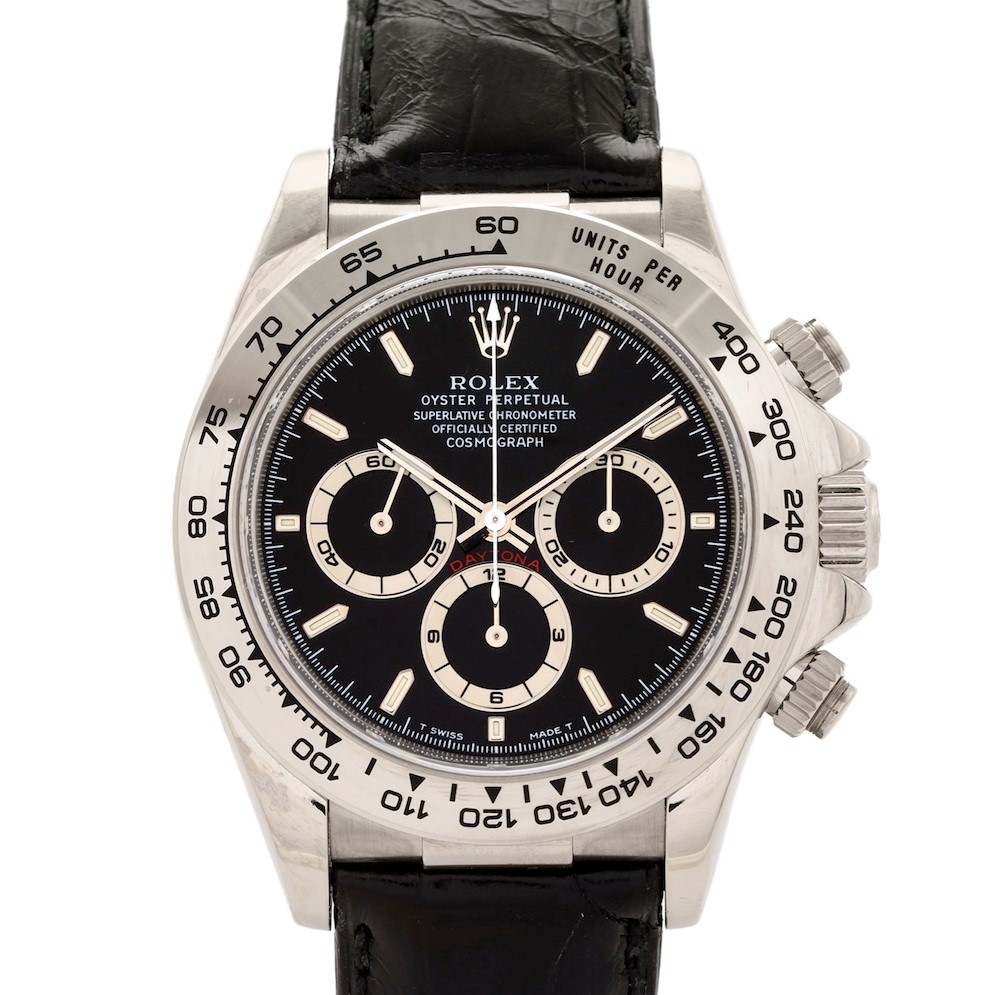 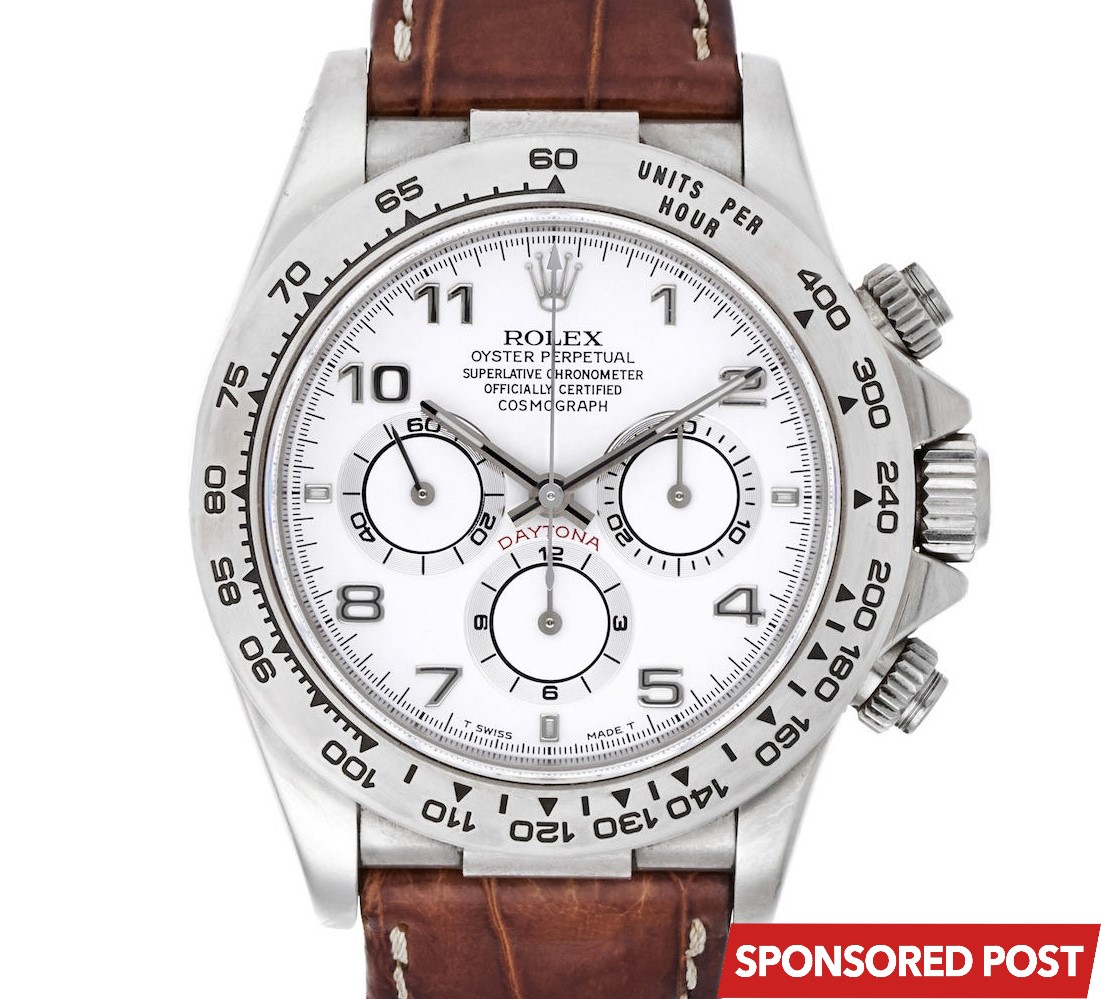 Just to be clear, I work for a company that sells pre-owned watches, and this is a sponsored post. That said, absent the paycheck, I’d be sharing the same thoughts on a WordPress blog with at least six tabs open to Chrono24, eBay, PuristSPro, and half a dozen forum boards…

I’ve filmed roughly 3,000 videos of new and pre-owned watches during my four years with TheWatchBox.com and its predecessor, “watchuwant.” You may have seen me – or my hands, more likely – on YouTube at some point, and that multi-year marathon of metal has granted me a rare chance to handle almost every watch I’ve ever wanted to own and a few that I never considered. 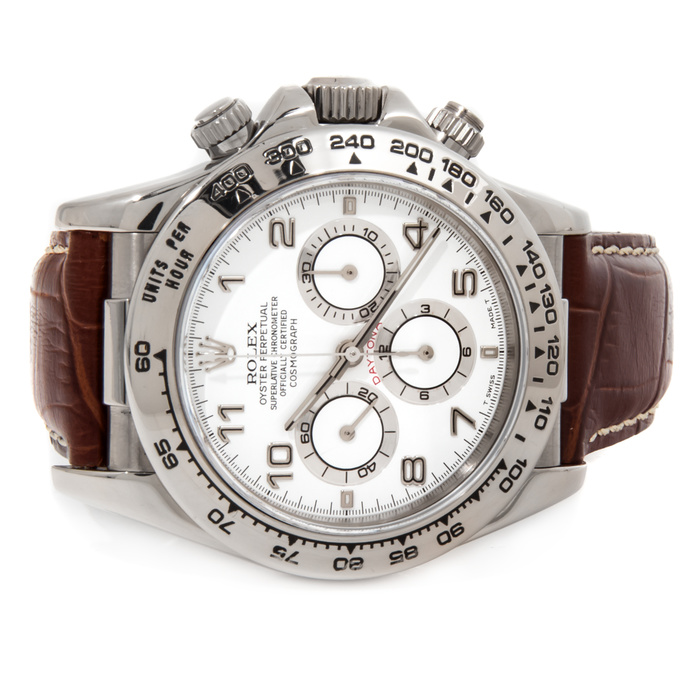 Looking back on those moments and models, a handful of them stood out as memorable, significant, and intriguing collector opportunities. In this series, I intend to share the stories of those watches for the consideration of other collectors who feel as I do about finding unrecognized value in a pre-owned/vintage watch market gone mad. Some of these watches will be in our inventory at Thewatchbox.com, and some are merely pointed memories that endure in my mind… and on our YouTube channel.

This is not a watch for the Rolex purists – for now.

First, it is white gold. This fact alienates almost all of the steel-is-real classical Rolex constituency as well as the yellow-gold-or-bust South Beach/Sunset Strip mogul cadre. And the 16519 is an Oyster-case Rolex on a strap, which means that this particular Cosmograph is confined to the turf side of Daytona Beach’s surf-turf divide. Moreover, Daytona buyers have favored bracelets since the model’s inception, and the Rolex 16519 offered no joy on that count.

In other words, a white gold Daytona doesn’t make sense to most traditional Rolex collector mindsets, save one; this is an uncommon version of an all-time-great Rolex chronograph.

Although the steel Daytona 16520 was the star of the Zenith-era Cosmographs, it was more common than dealer waitlists of the time suggested; the white gold model is the rarity. Rolex didn’t release a white gold Daytona until 1997, and the caliber 4030 “El Primero” Daytona vanished in 1999 as Rolex re-tooled for its manufacture caliber 4130. 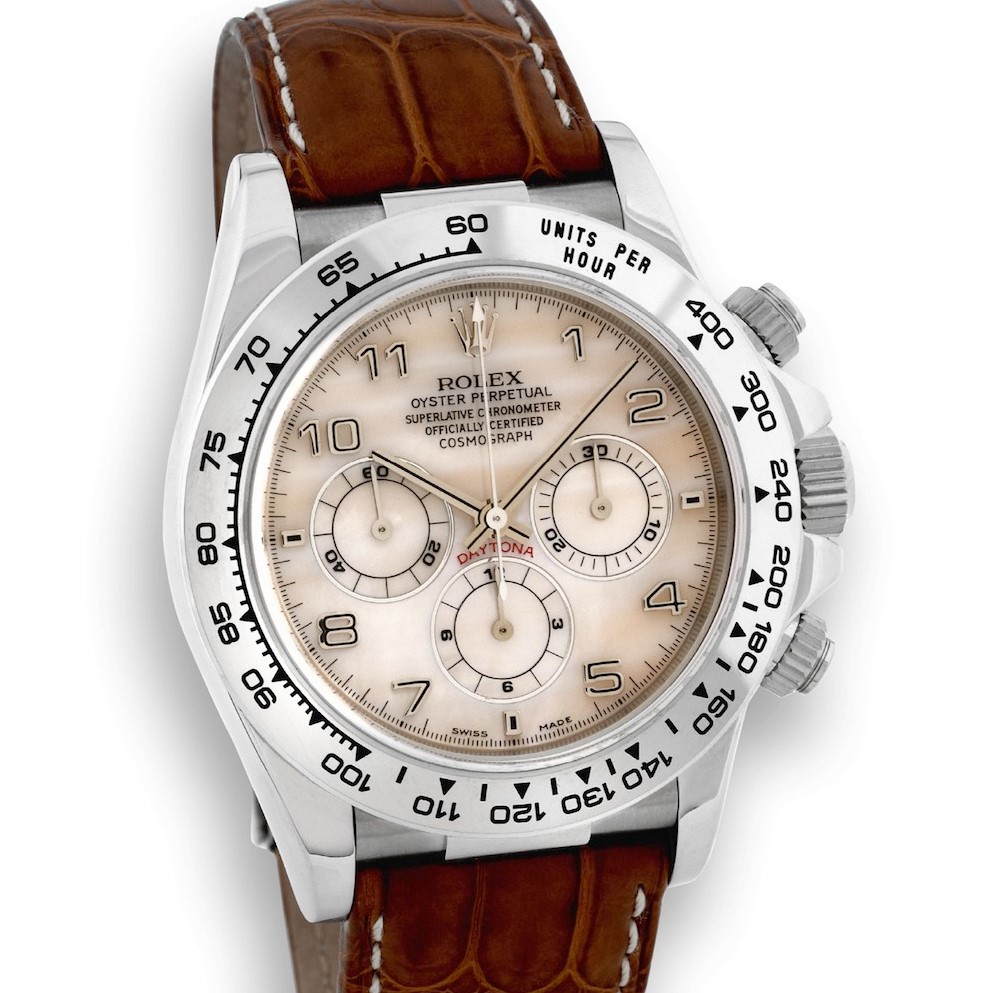 The white gold model’s premium price, minimal flaunt-factor, and short production run kept the 16519 rare. Moreover, its late appearance in roughly 1997 nearly coincides with the 1998 phase-out of Rolex tritium dials mid-way through that model year. To find a full-set white gold “Zenith” Daytona with a “T” dial is to encounter a rare permutation of a scarce commodity.

Beneath the variant-specific character is a basic sports chronograph that must be considered more than a turning point for the Daytona line; this generation was a landmark Rolex. 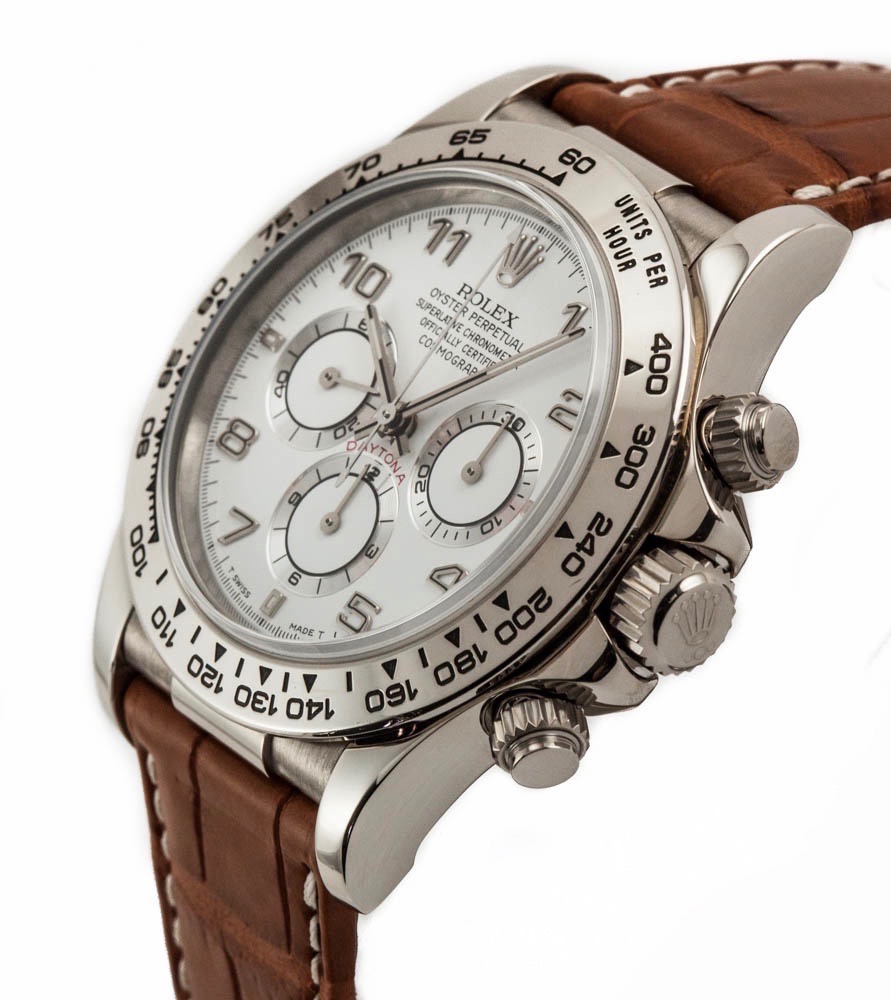 These changes transformed the public image and consumer regard for the Daytona so dramatically that the resulting success has seen Rolex’s Cosmograph rampage through nearly 30 years of sales success with few aesthetic changes to the 1988 formula. 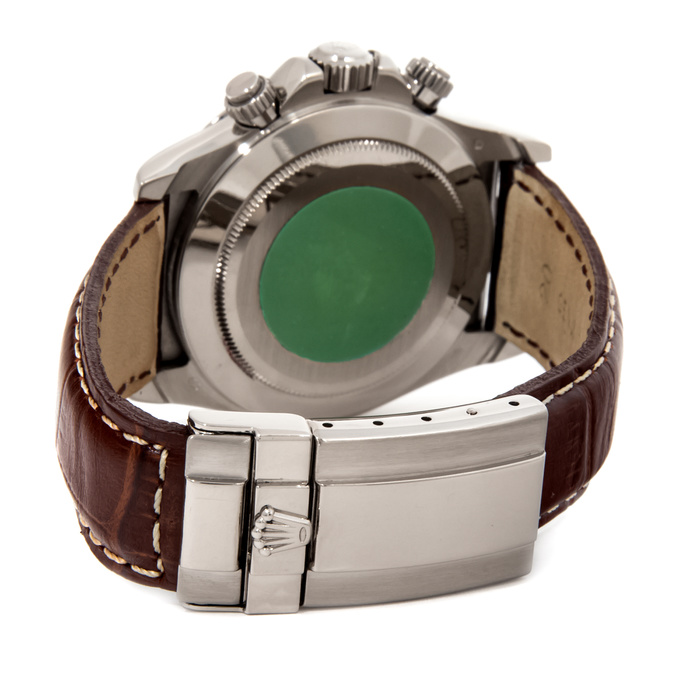 With the steel Daytona as the 1990s hot-ticket, yellow gold variants for boardroom lords, and two-tone to fill the spaces in between, white gold models were seldom seen outside of Baselworld and special-orders. As with all white gold watches since the inception of the alloy, the 16519 Rolex Daytona compelled a special kind of client to order a watch with a gold price-tag and the appearance of steel. From its peculiar triangular-index tachymeter to its discreet hallmarks, this Daytona appealed to the kind of 1990s customer who would have bought a standard transmission Saab for the price of a Benz, sought Bexley pens in lieu of Montblanc, and swore by the Apple Newton pad when both brand and product were commercial poison. 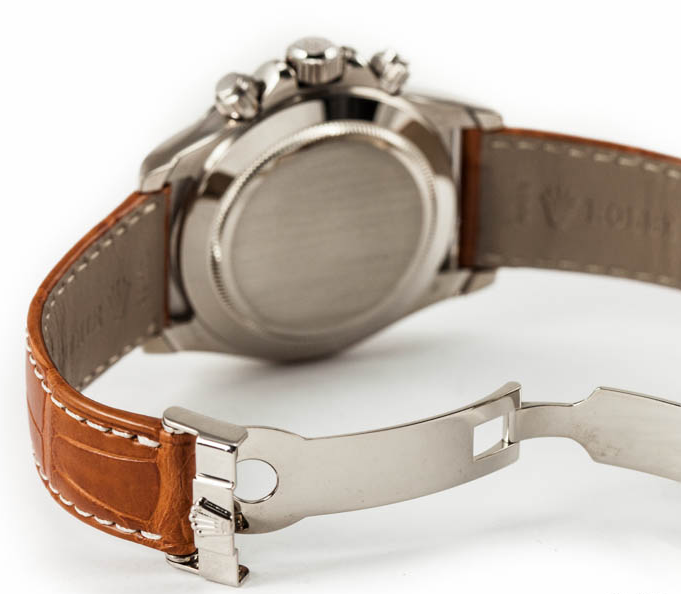 As a result, this Rolex variant was born late in its parent’s production life, it lived in the shadows of the Dot-Com bubble, and it remains a relative value pre-owned. Zenith-era steel Daytonas remain highly sought, highly valued, and yet quite common. In a world willing to pay $15,000-$20,000 for various standard steel 16520s, the gold 16519 remains available for $13,000-$16,000 in excellent condition with full accessories. This state-of-affairs is for now, not forever, so if you think you might, then you should.

Rarity by itself shouldn’t endear a watch to a collector. It is the warmth, charm, and historical narrative of an old watch that wins an enthusiast’s heart. The Rolex Daytona 16519 is a low-profile expression of rich materials with minimal pomp. Looking for all the world like a steel watch on a strap, the 16519 is the gold Rolex for the anti-gold-Rolex crowd. It’s a rich mass of contradictions, the stealth wealth statement for the counter-culture polemicist who secretly loves fine things. And while rarity alone should not move a collector’s heart, there is no disputing the allure. In four years of filming watches for thewatchbox.com, I’ve encountered six bona-fide “Paul Newman” vintage Rolex Daytonas… and a single 16519.

Tim Mosso is the Media Director and Watch Specialist for TheWatchbox.com and the Govberg Group.