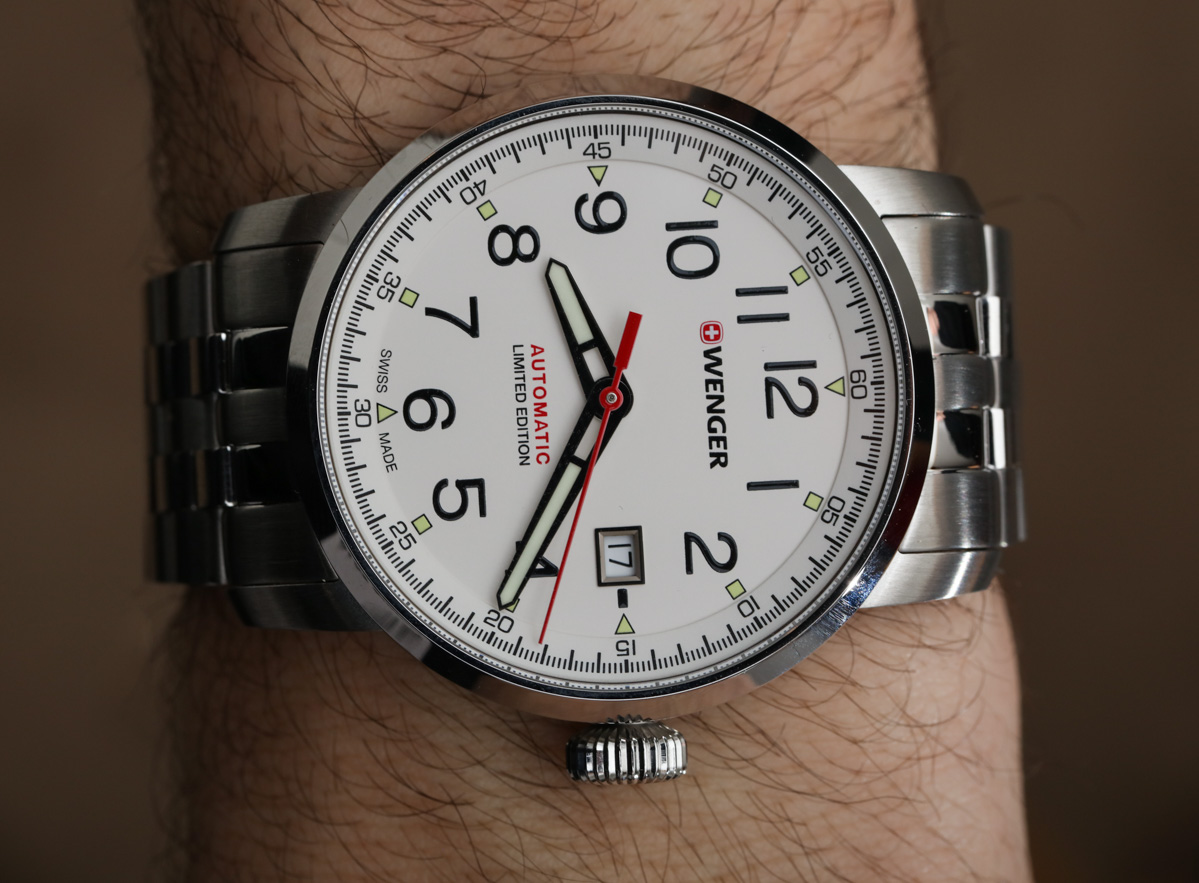 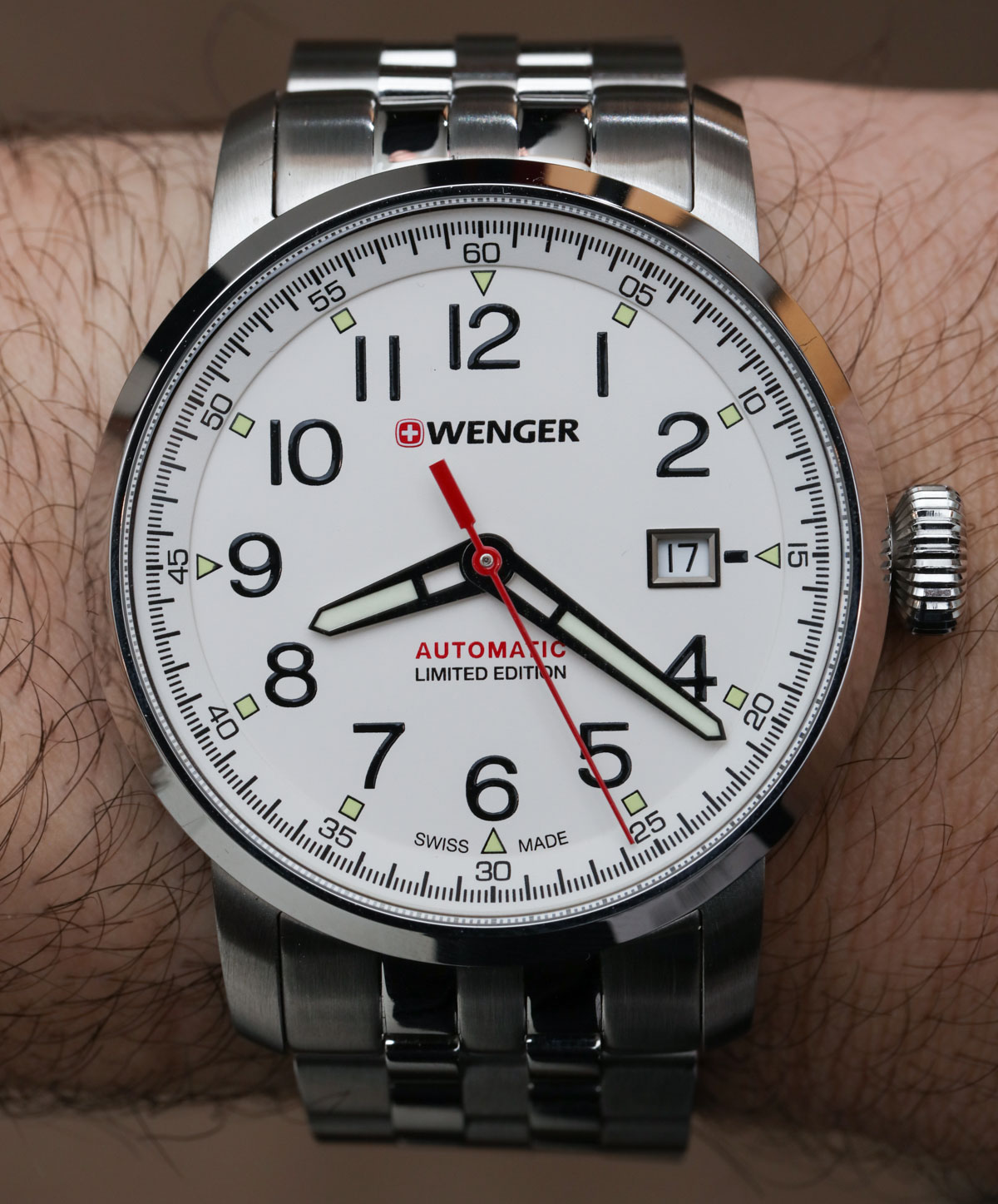 The Wenger Attitude Heritage Automatique is an affordable, automatic mechanical timepiece from the Swiss pocket knife brand. Wenger and Victorinox Swiss Army were once rivals until the latter purchased the former. Wenger now exists as a slightly more affordable alternative to Victorinox Swiss Army products. Sure, there is some confusion, as they both produce watches and pocket knives – and in some instances their products might be confused for one another. At Baselworld 2018 Wenger debuted what I believe is their first modern mechanical timepiece with the Attitude Heritage Automatique priced around $400 USD. It also helps celebrate the 125th anniversary of the Wenger brand.

There is some important context to discuss in relation to showcasing this affordable “Swiss Made” mechanical timepiece. It exists entirely within the era of larger more established watch brands trying to compete with a host of relative newcomers offering a range of products directly to consumers, at prices which many of the traditional watchmakers have either neglected or entirely abandoned. Consumers have been trained that “luxury pricing” doesn’t always get you a good value proposition, so demands and expectations are changing. I would say that at least 30 brands I visited in the last year are focusing on pushing pretty decent products at prices historically low or unheard of at those brands. Of course, it depends on the company, but we are for the most part talking about well-made watches priced at about $3,000 and under. 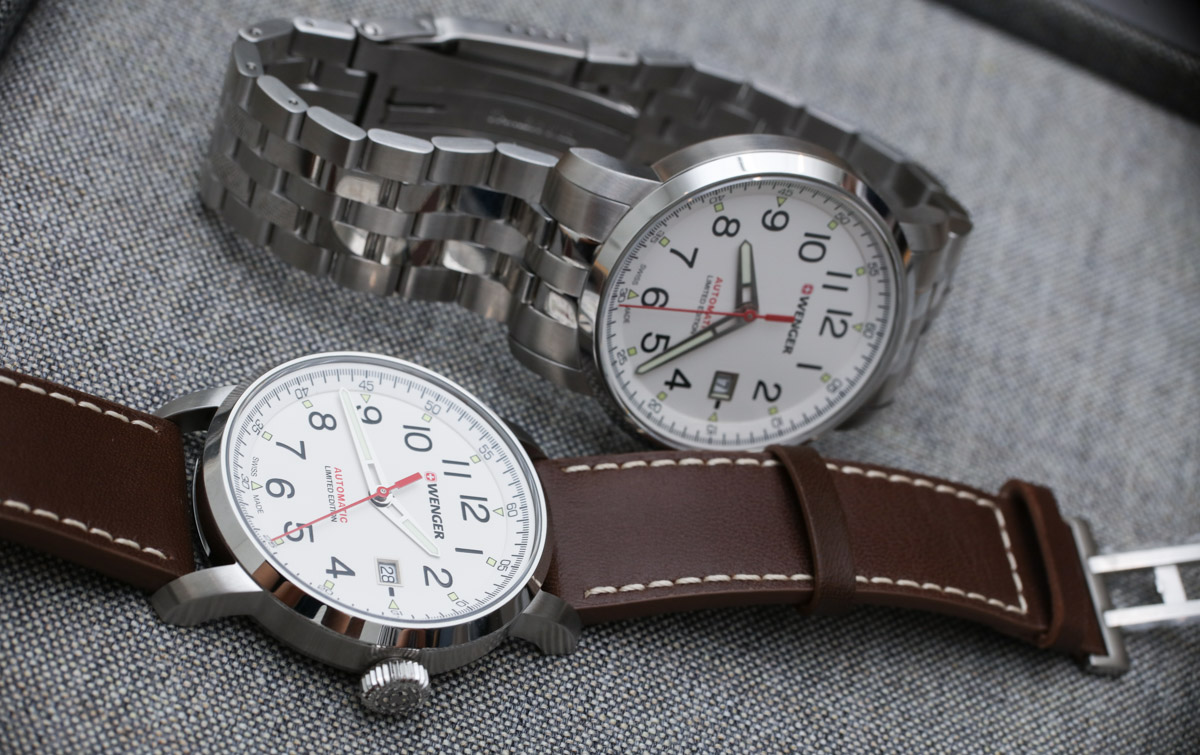 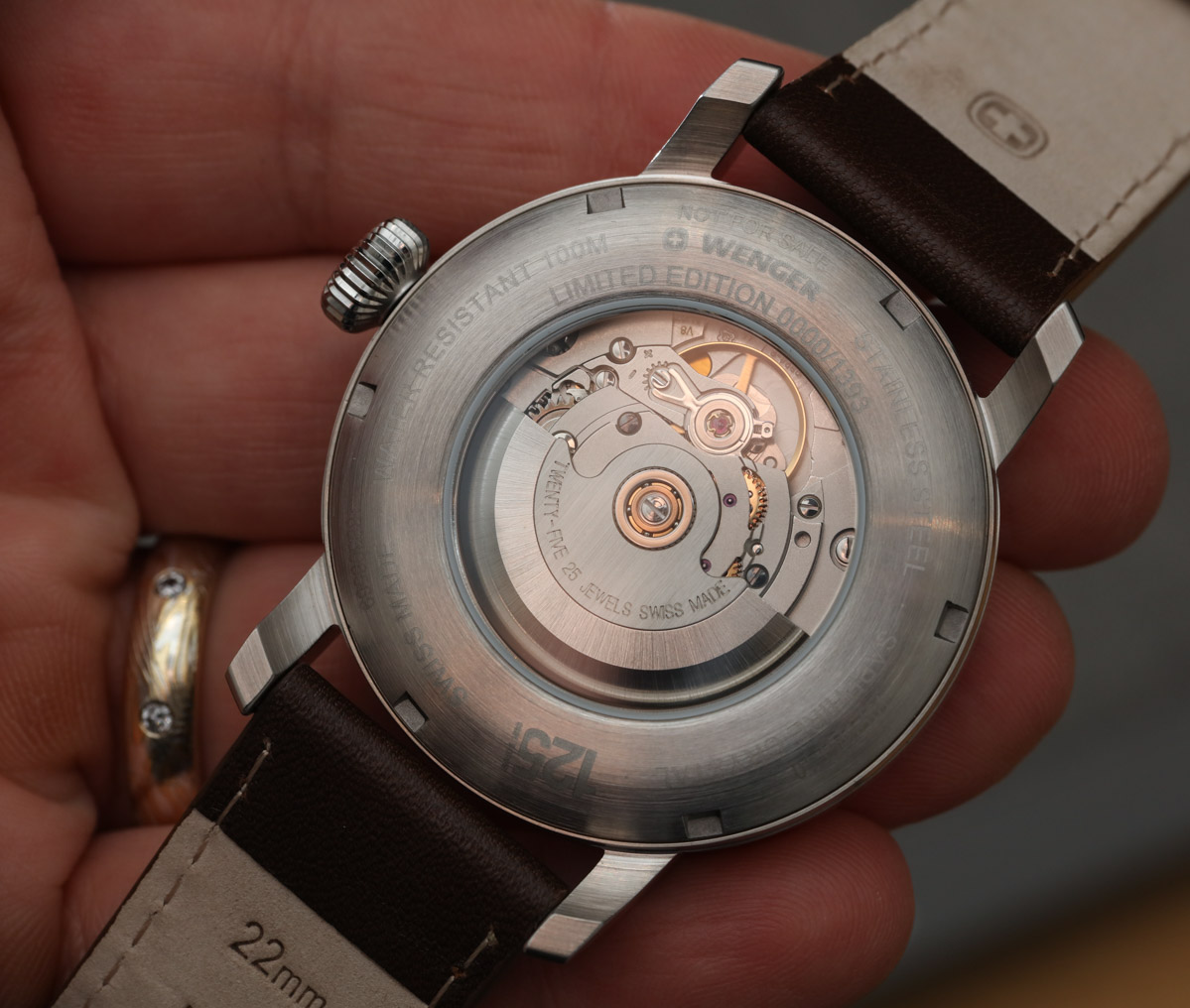 Victorinox Swiss Army has their share of nicely-priced mechanical watches but I don’t think any of them are priced quite as low as the Wenger “Attitude” (as I will call it for short). Even at a modest price this is still a very capable tool watch with a handsome conservative style. It is also one of the rare, very legible light-colored dial sport watches out there. It also happens to be part of a limited edition so there is some exclusivity built into it. If you are in the market for a daily wear “field-style” sports watch, then I recommend you taking a good look at this new offering from Wenger.

The Attitude Heritage Automatique has a stainless steel case, which is 42mm wide and given a nice contrast finishing with both polished and brushed surfaces. The case is water-resistant to 100m and is topped with a sapphire crystal (not common for Wenger watches). As you can see, Wenger offers the Attitude with either a brown leather strap or a matching five-link style steel bracelet. For the price the overall case finishing and quality is better than a lot of other products available at this segment. 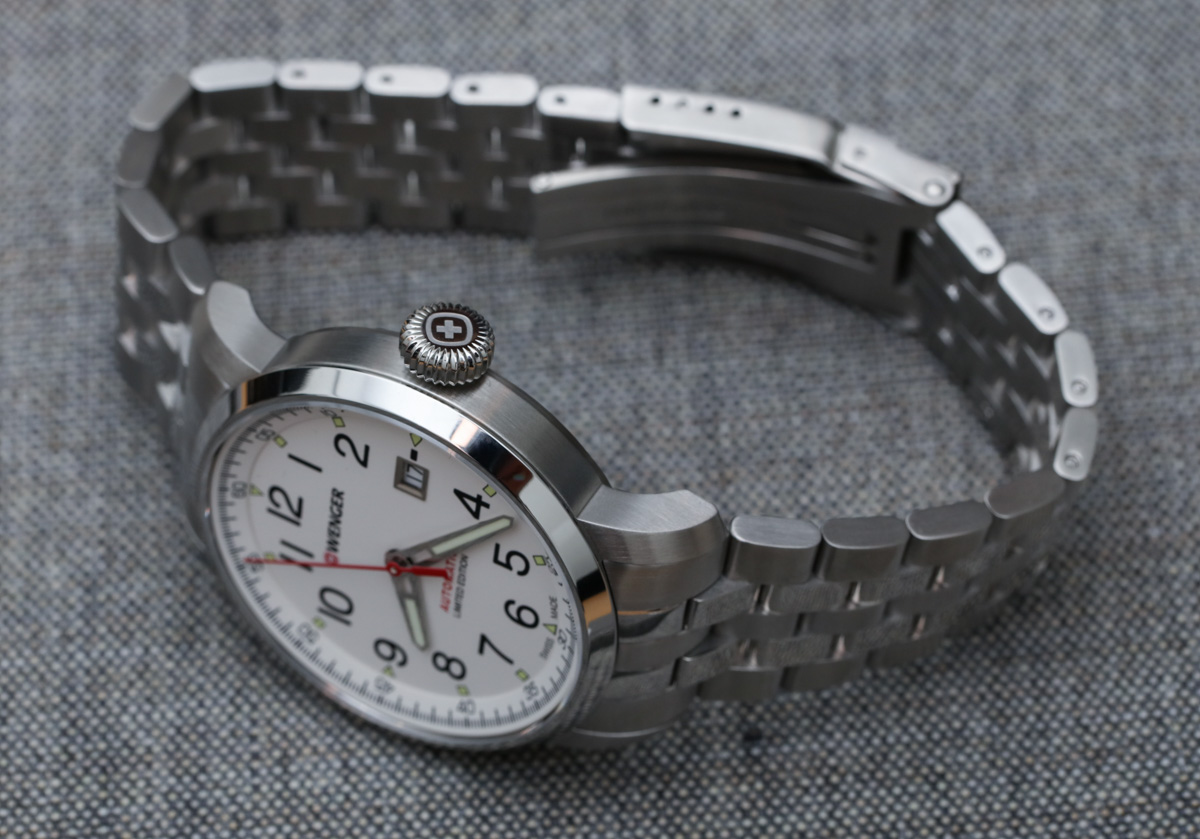 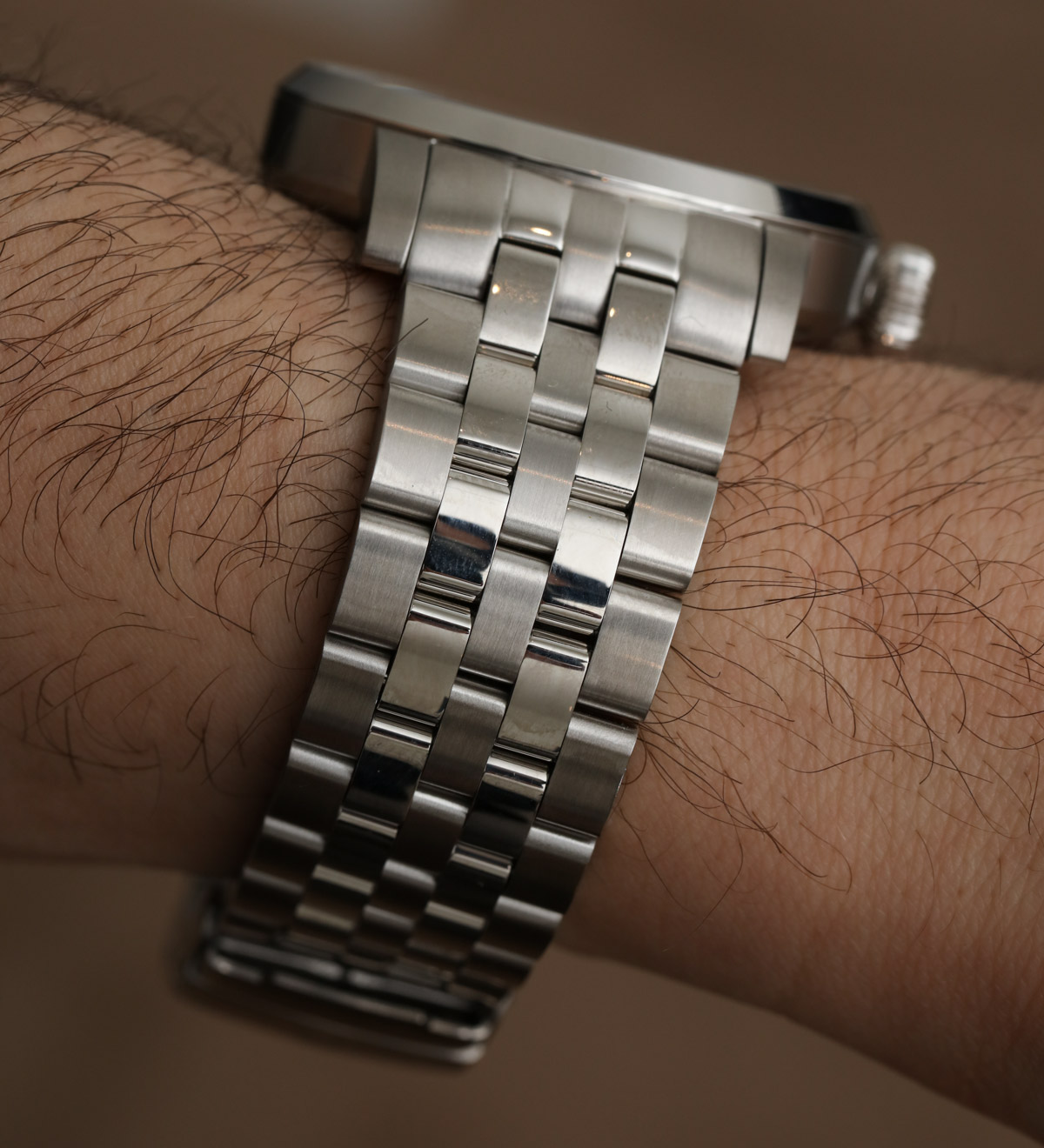 Those who appreciate good legibility will appreciate the dial of the Attitude. In fact, even though I see good value in a sober-looking sports watch, I’m still trying to determine where all this “attitude” is that the brand keeps promising in the name. Perhaps “sober and practical” is the particular attitude that this Wenger watch is actually trying to evoke.

The off-white dial has a cream color to it and is marked by large black-colored Arabic hour numerals paired with green Super-LumiNova elements. The sloped flange ring has a minute marker track and helps keep the entire dial feeling both deeper and less cluttered. The hands are very effective as well as attractive, in my opinion, and the dial also has a window for the date at 3 o’clock. Wenger isn’t pushing into new design territory with the Attitude Heritage’s dial, but it is offering a very effective and conservative look that will serve the wearer well for years and in a variety of situations. 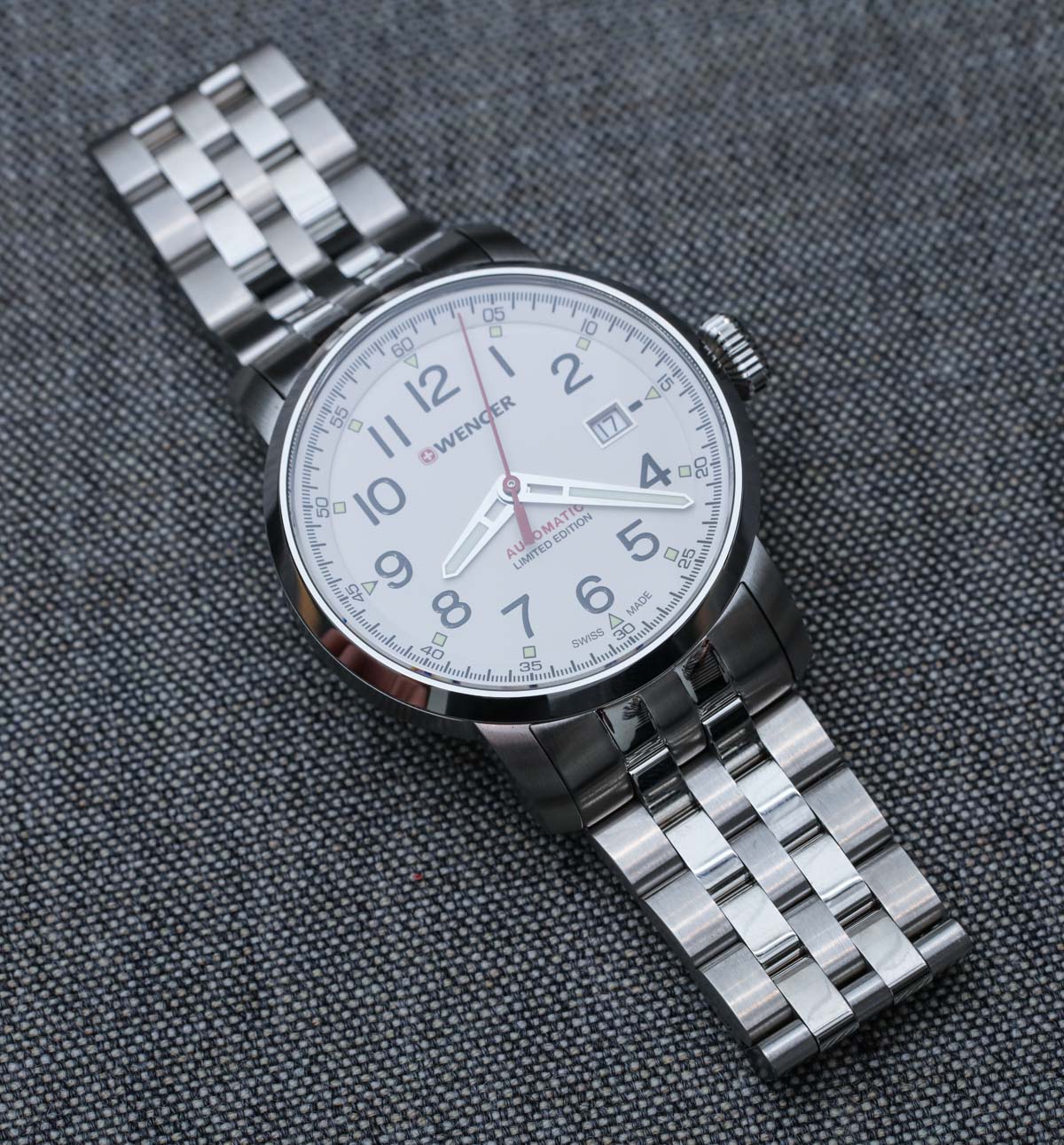 For the movement Wenger opted for an undecorated Swiss ETA 2824-2 automatic, which operates at 4Hz (28,800 bph) with about two days of power reserve. Most other automatic watches at this price point have non-Swiss movements, such as those from Japan. Nothing wrong with those, of course, but demand for Swiss movements continues to remain higher than Japanese movements. While Wenger isn’t alone in offering Swiss mechanical movements at this low price point, there isn’t a lot of competition with this assembly of parts. Smaller, newer brands simply don’t have the purchasing and manufacturing capabilities of a brand like Wenger/Victorinox Swiss Army. You can view the movement through the window on the rear of the watch.

Wenger will produce just 1,393 pieces in this limited edition collection of Attitude Heritage Automatique watches. It isn’t clear if that number is for both the references 01.1546.101 and 01.1546.102 or if the number is split between them. Price for these attractive and easy to own Wenger Attitude Heritage Automatique watches is $425 USD on the leather strap and $450 USD on the steel bracelet. wenger.ch