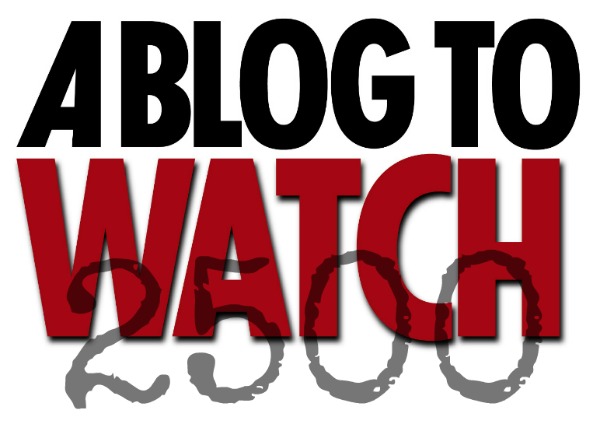 A few days ago, aBlogtoWatch (formerly aBlogtoRead) hit the 2,500 posts milestone. It was only about a year ago that we celebrated our 2,000 posts milestone – with that really cool graphic I so enjoyed. In the last year a lot has happened over here at aBlogtoWatch – it still feels funny using the new name as it is less than a month old at the time of writing this. During that time I have been interviewed in a lot of places, referenced in some major magazines and publications, and more or less sort of went mainstream. One reason aBlogtoRead as a name was retired was because the site for years now really hasn’t been the niche watch lover blog for horologists only, but something a bit larger.

Typically, this would be the time when someone in my position would thank everyone involved, say it has been amazing, and promise you all sorts of cool stuff for the future. The more I read that stuff the less it sounds sincere. Of course, everyone involved in the site such as our developer, Kristin, who wears many hats, the designers, and the contributing writers are highly valued. And if I need to promise you cool stuff in the future – that basically means I have nothing planned. Instead of all that I am going to open up a little and briefly talk about some of the more difficult to understand elements of running a watch blog that even many of our most dedicated readers might not understand.

A good place to read more about the details behind what it is like being a watch blogger is the Ariel Adams AMA on Reddit. Reddit has a rather astute watch lover sub-Reddit over at /r/Watches. They asked me to participate in an AMA (ask me anything) session. It was a good opportunity to interact with more readers and clear up a range of questions, but there are a few more things I’d like to say.

A common complaint I get, is that my editorial used to be a lot more harsh and brutally honest in the past. People have accused me of “selling out” sometimes or accepting advertorial content disguised as reviews. Perceptions like that exist while at the same time many watch brands are fearful of even having me write about them. I have a “bad boy, loose cannon” image that has probably done me as much harm as it has good. So for you readers I am too nice, while for many brands I am still too mean.

That might be a trivial point of amusement, but its implications are very complicated. Advice from trusted people in the industry was basically “be nice and let brands love you so that you can make a lot of money.” That is the game in watch media because the brands control everything. “Would you rather be respected or rich?” My response to that is consistently “I don’t want to sell out because I don’t need to.” I do this because it is fun and it is my passion. And if I merely curtail my editorial to flattering the brands, it will destroy the reason people come to aBlogtoWatch in the first place.

Yes, we are supported by advertising. aBlogtoWatch is a full-time business and my full-time job. In fact it is more than a full time job and my lady will be the first to share that with you. We have a lot of different types of expenses and ongoing costs. Part of that is the money spent to travel to the major watch shows such as Baselworld and SIHH so that we can bring you lots of hands-on pictures and videos of upcoming watches and other cool stuff.

Having said all that, I will reaffirm that we don’t take money to say nice things, ads aren’t disguised as anything but ads, and the enduring mission of the site is to be independent and honest. Still, I thought about where I am going and where I have come from. Looking back I used to be a bit more harsh and brutal in watch reviews and discussions. There was never a conscious effort to be anything less, but I think that certain experiences caused a shift in my editorial behavior. Brands started to lash back, and in the relationship and politics rich industry that is high-end watches, it started to get sorta of bad.

First, was my banning and un-banning from SIHH (in the same year) a few years ago. That was pretty noteworthy in the industry. Then, certain brands started to refuse to talk with me, telling their friends also to stop talking with me. It didn’t really work to be honest because there was always people at those brands who wanted me to write about them, but I could see “the doors beginning to close.” In watch journalism, the name of the game is “access.” You need to get your hands on stuff in order to write about it. That isn’t always an issue in other industries. If I was a tech writer, I could feasibly buy new stuff to review, or just visit Best Buy to check it out. That isn’t really an option much of the time with timepieces. There are a lot of watches I write about that would never be accessible to me unless I was invited to see them. Just going to a store to view them would simply not be an option. Brands remain the gatekeepers for content, and without access, it would be a lot harder to offer as many reviews and hands-on articles as we do.

So I think that subconsciously, I made a value call a little while ago. I would be more diplomatic with the brands in exchange for increased access to ensure aBlogtoWatch readers received as good content as possible. It is probably the case that the editorial “severity” has since decreased. I miss it though, and I continue to find ways to say whatever the hell it is I want, while ensuring that I don’t stab myself in the foot. I’ve never actually considered the advertising sale side in the tone of my writing. It is probably silly not to, but access to watches was probably more my goal. To those readers who sometimes feel disappointed by the absence of expletives when you know I probably want to include them, I feel for you. As I mentioned above, the toning down of my critiques was not actually intentional. Now that I’ve fully realized what has happened, I do need to find a clever way of inserting as much of it back in as possible, without great disturbance to the often delicate relationships we have with watch makers.

That isn’t to say that all watch brands somehow treat us like dogs about to bite them. aBlogtoWatch has numerous close relationships with many of the world’s best watch makers. They reward our readers by offering us exclusive news, and lot of great access that makes for killer content. My hope is that these relationships were built on the strength of the readers and what we offer to the overall industry as an independent source. The alternative is what many “luxury lifestyle” publications are, which is what is known as “pay for play.” That means if you as a brand want editorial, you pay… and only then can you play. Brands love that. Why? Because while it might be expensive, it is predictable. Nothing is better to a sensitive luxury brand than absolutely knowing someone is going to say positive things about you. Not only that, but they are going to write the precise positive things you want them to say. Without trying to sound like a martyr in the making, my uphill battle has been to engender respect among the brands by writing intelligent and unpredictable things that add value to the experience of being a watch enthusiast, and genuinely helping people interested in buying new watches some assistance in how to go about making choices.

2,500 articles is a lot. About 95% of those were written by me and the rest by our contributors. That ratio is ideally going to change for the next 2,500 articles. Right now aBlogtoWatch has more writers than ever, and I want that number to increase, and to ideally grow the type of budget to pay each of them handsomely. The future of aBlogtoWatch is in the style of the content, as opposed a mostly single source for the content. We’d like to have 1-3 articles per day, and lots of related content such as videos, guides, and other media to absolutely harass you with cool stuff to buy or lust after. Or perhaps just to amuse and delight you. Maybe you can call that a web magazine, or something else. I am not sure, it will all just have to develop organically. When, is another question.

The biggest remaining industry challenge we face is not related to the nature of our content, but the medium. For over five years now I have been a major advocate of the “online watch industry.” It was joke back then, and not even all brands had functioning websites. Flash forward to now, and some of the most conservative brands are selling watches online, and engaging in vast online advertising campaigns. But…. it is still a bit fresh. The bottom line is that the industry still values a print media and brick and mortar business model much more than “digital.”

Who can blame them? I have to admit, I really do love glossy pages. However, the numbers don’t always coincide with what is on the minds of the top guys in Switzerland. Readership of watch media online absolutely dwarfs that of print – including the non-watch focused luxury lifestyle publications. Nevertheless, the Swiss evolve – albeit at an arguably slow pace. The point of even discussing that is to mention that growth for top online watch websites is still something slower than one might expect given our traffic numbers. At least for the time being.

aBlogtoWatch has been a learning experience, a passion, an addiction, and a career. I still sometimes feel that I am simply cheating my way to handling watches I’d never otherwise be able to afford. I continue to read each comment left on the site, as well as tweets, Facebook messages, and comments on YouTube. If there was anything I could ask for it would be to get even more of those. Even the bad ones. Why? Well when I get a semi-dissertation length complaint on something that I did which a reader disagrees with, I am truly honored. That person feels so emotional about what I do, that they took the time to share what they feel with me. That is a big deal and I take them as seriously as I do all the praise.

It feels good to be where I am. I am proud of what aBlogtoWatch has become, and despite the fact that we can’t please everyone, I think people are pretty happy – at least I am.