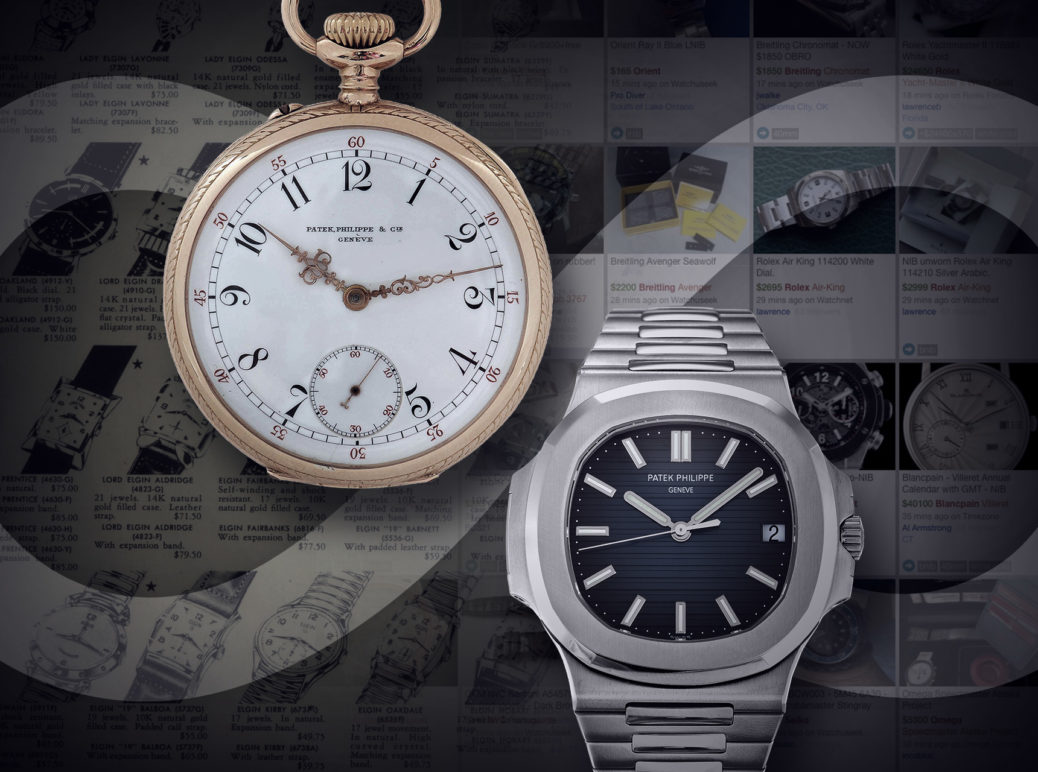 Why There Have Always Been Watch Collectors

It might be reasonable to assume that the “watch collector” is a relatively recent breed of timepiece consumer. These are the types of people who make it a point to own a variety of watches, often focusing on the emotional versus the mere practical utility of each. The watch collectors of today are indeed a well-established and diverse community, and virtually every level and size of watch collection is certainly represented among aBlogtoWatch readers. While new technology has made mechanical watches practically obsolete it ironically also allowed watch collecting to thrive more than at any time in its history. But, while of course it wasn’t always this way, watch collecting is nothing new. 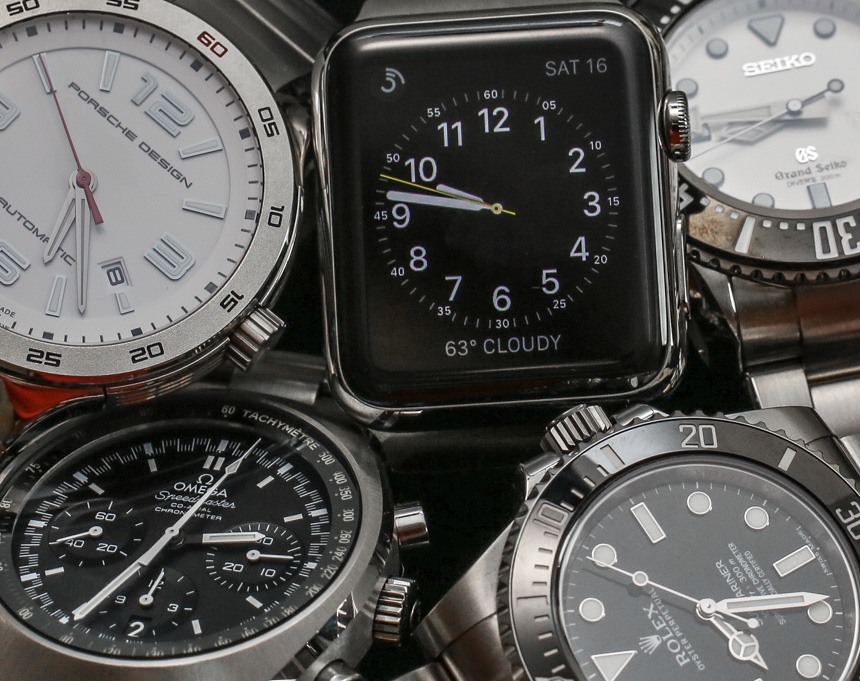 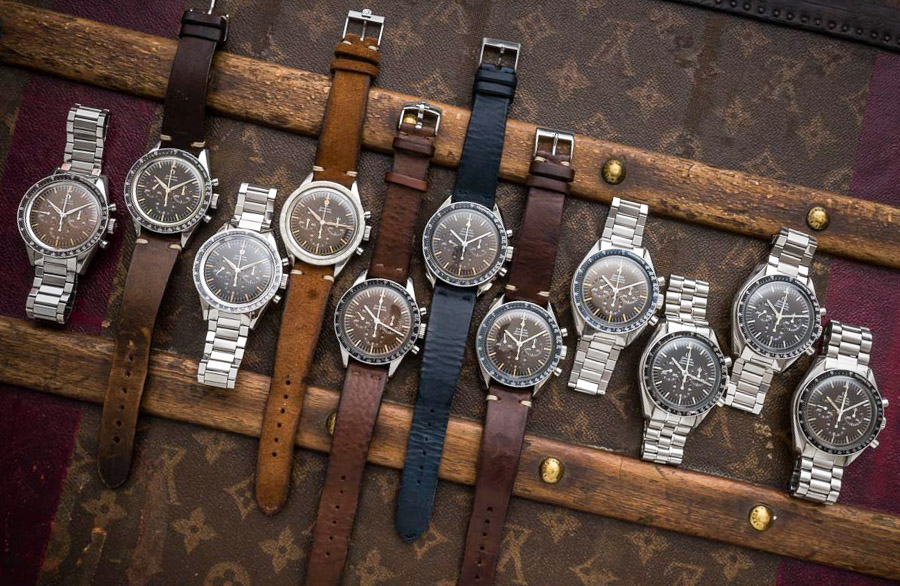 One good reason to assume that watch collectors (on a mass level) are a more recent phenomenon is a relative lack of information to suggest that prior to the 1980s there was any type of organization among watch collectors. It was not until this time that I believe watch enthusiast magazines and books began to be published. Moreover, watch brands themselves were quite disorganized with their production and client records until rather recently as well, which suggests that they really didn’t need to organize events, meetings, or mailings to “regular buyers.”

So are people who seek out information about new watches and want to create a varied assortment of models available to them a new thing? No. In fact, I would suggest that watch collectors have existed from the very beginning of watch ownership. This becomes apparent if one mentally time travels back to the earliest times when portable timekeeping devices began to first emerge in the 15th century.

Painting by Maso da San Friano circa 1560 thought to be of Cosimo I de Medici, Duke of Florence. It is believed to be “the world’s oldest painting to feature an image of a watch,” according to the BBC.

What caused me to ponder this concept was a recent trip the Patek Philippe Museum in Geneva. It wasn’t my first time there, but I realized that it had been at least a few years since my last trip. It is really a place I need to return to regularly since there are so many impressive objects to consider. In fact, I recommend the same to anyone else who finds themselves in Geneva once in a while and who appreciates timepieces. In addition to many important Patek Philippe timepieces, the more historic collection of items at the Patek Philippe museum include many of the most impressive timekeeping objects found anywhere in the world. It is really a place that can’t be missed for anyone who wants to know why timepieces are a big deal.

One of the most interesting things you can observe at the Patek Philippe museum is the evolution of pocket watches. Materials, designs, and mechanisms slowly evolved over a several hundred year period to reflect advances in technology, tools, as well as horological expertise. Early pocket watch performance paled in comparison to some of the late 19th century masterpieces. 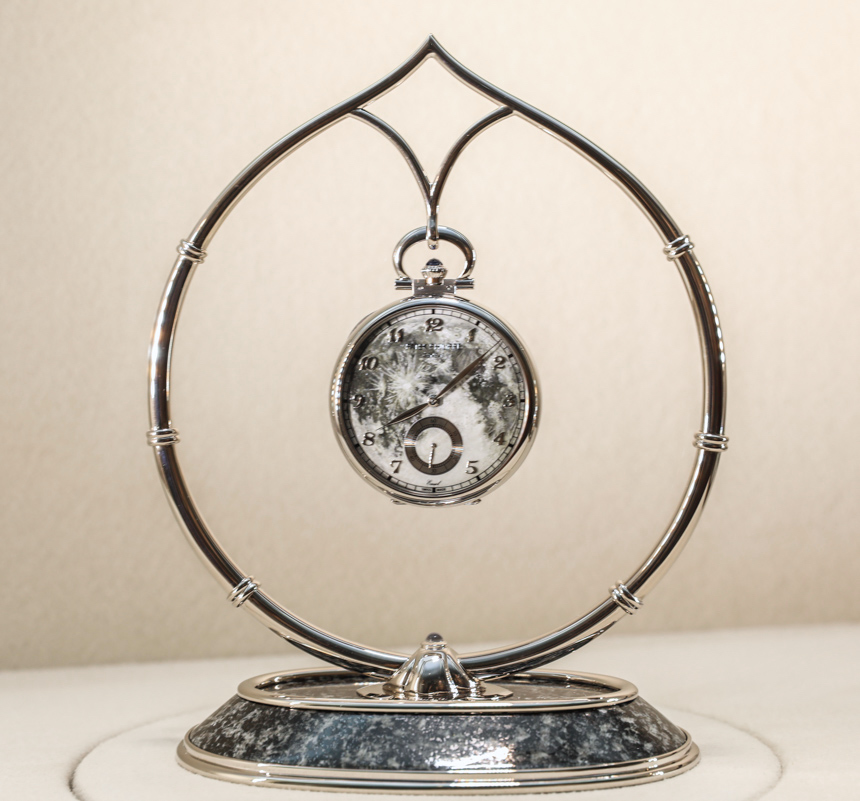 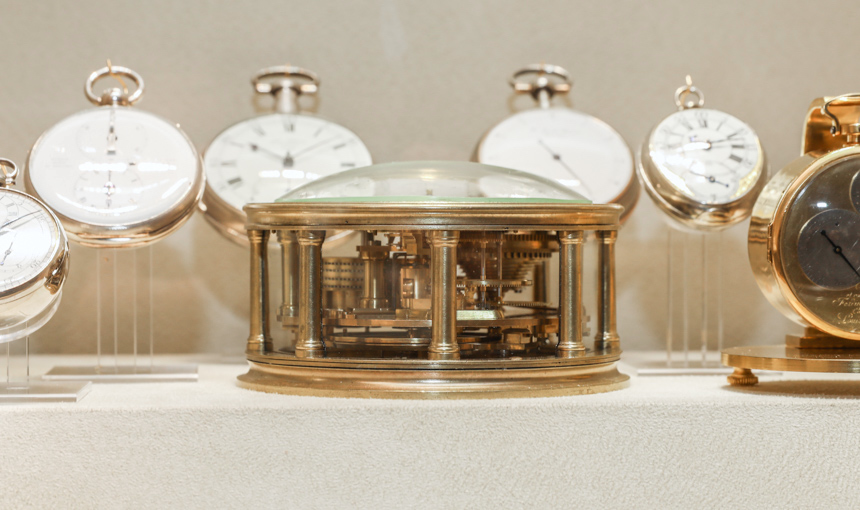 One pocket watch I saw from the 17th century included two interesting tools in addition to the timekeeping mechanism itself. Open up the case back and you’ll see a small compass as well as a foldout sundial. The reason for these tools being there was obvious, as the user needed to regularly reset the time on the pocket watch since devices at that time were lucky to be accurate to 30 minutes or an hour per day. A sundial was the reference clock…

So consider that for 100 – 200 years the people wealthy enough to purchase portable clocks also needed to deal with the fact that these early pocket watches were not particularly accurate (the development of the minute hand was a big deal!) and that they needed to be reset frequently – often every single day – using the sun. On top of that, imagine how often early pocket watches – and clocks, for that matter – simply stopped working.