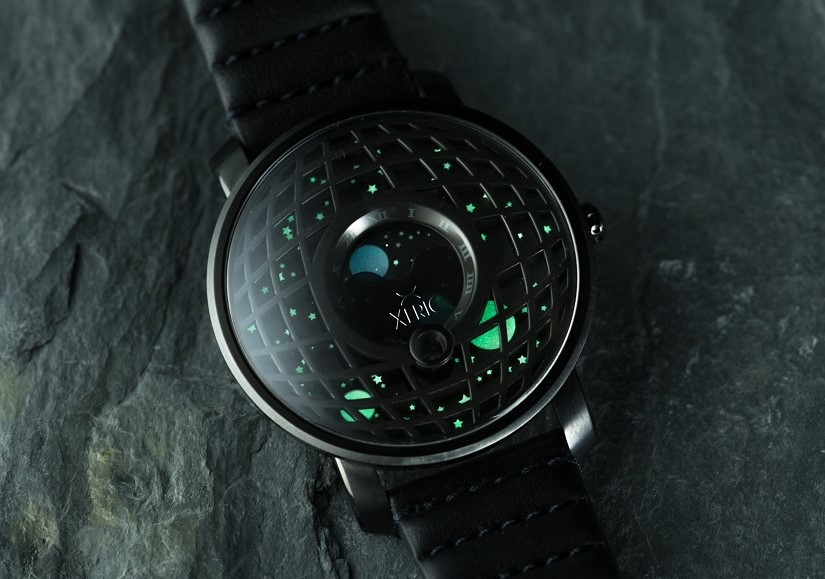 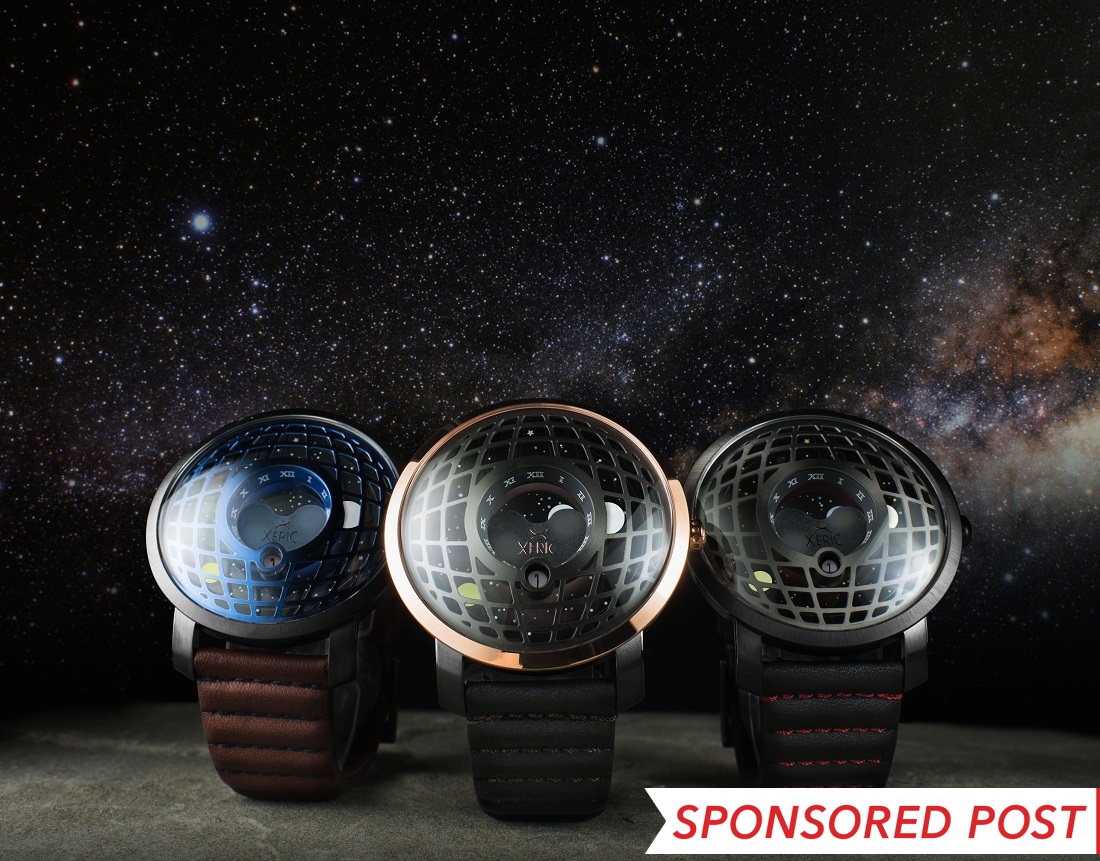 Earlier this year, NASA stunned the world with the discovery of a new planetary system orbiting within the ‘Goldilocks Zone,’ the optimal distance from a star that is ideal for supporting liquid water like here on earth. This was the first real evidence of a (relatively) close solar system with not just one, but up to seven planets capable of supporting life as we know it. The discovery of the new planetary system and its relative position in space and time became the inspiration for a new ‘out-there’ watch release by Xeric. Launched on Kickstarter last week, the Trappist-1 Moonphase collection has already raised nearly a quarter of a million dollars. 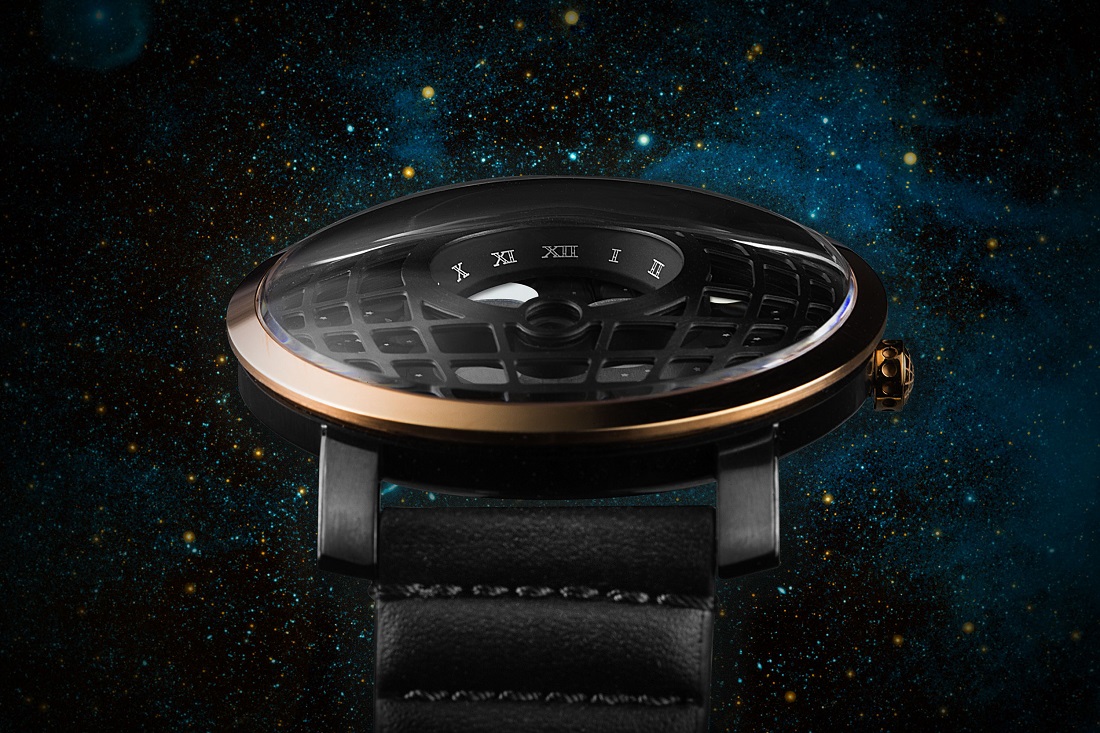 Mitch Greenblatt, co-founder and head designer of Xeric Watches, blended his interests in design, timekeeping, and astronomy to design the Xeric Trappist-1 Moonphase watch collection. His unconventional design touches upon the questions, “what exactly is time?” and “what is in our future?” Will Elon Musk really colonize Mars in the next seven years as promised? Is there life in the oceans underneath Jupiter’s moon Europa? If so, how many generations away are we from colonizing a nearby star system like Trappist-1? Just look at the dizzying pace of technology in the past 50 or 100 years, both merely a blip of time. Travel to the Trappist-1 planets, or another even closer, undiscovered solar system might only be decades away. 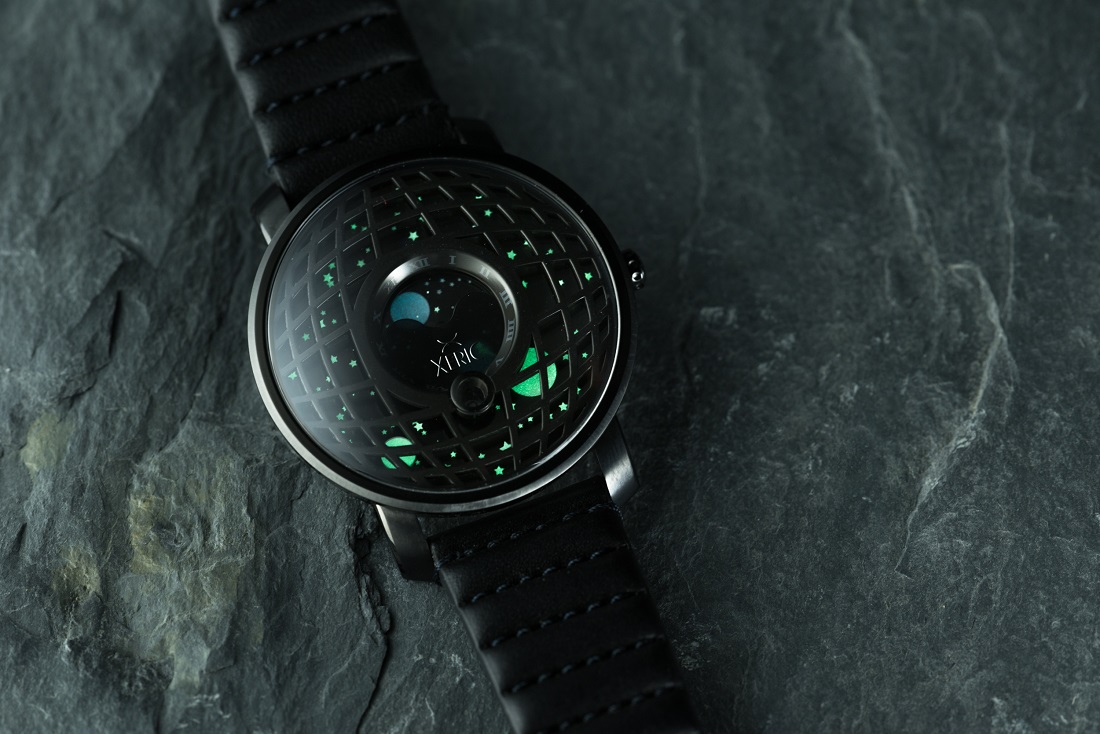 Accentuating the watch design, Mitch looked to Optical Art pioneer Victor Vasarely and his iconic paintings that transform two-dimensional canvases into mesmerizing illusions personifying the space-age aesthetic of the time-defining 1960s. A print of his Vega series has hung on Mitch’s idea wall for years, and the image finally created a bridge into the myriad of interpretations in a watch like the Xeric Trappist-1 Moonphase.

The spatial depths Vasarely created also reference Einstein’s theory of relativity, which can help visualize time and space as a fabric that wraps around massive planets and stars. Mitch used the forced perspective of a fully dimensional convex shape which easily translated into a 12-hour display. Time is displayed with planetary spheres and stars in glowing colors of Super-LumiNova beneath the Cupola style indice windows of the grille. This observatory display simultaneously gives you the feeling of looking out into the depths of space. 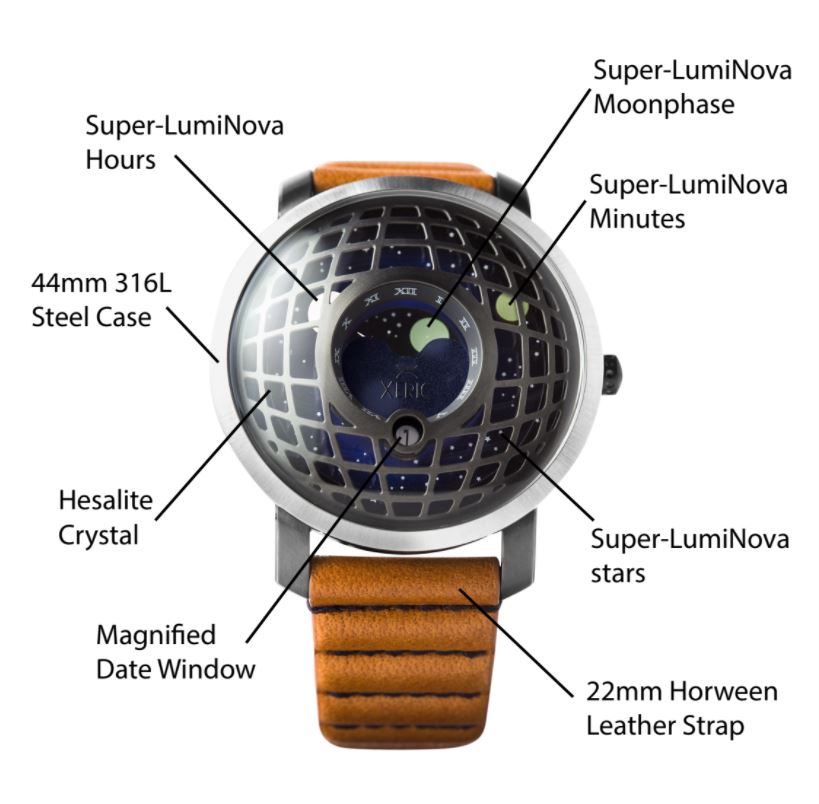 The central moon display glows with the current lunar phase ranging from new moon to full moon. This moon phase is surrounded by an alternative time display of traditional Roman numerals highlighted by an orbiting North Star indicator. A magnifying porthole lens shows the date amidst the deepest depth of the ombré colored dial. 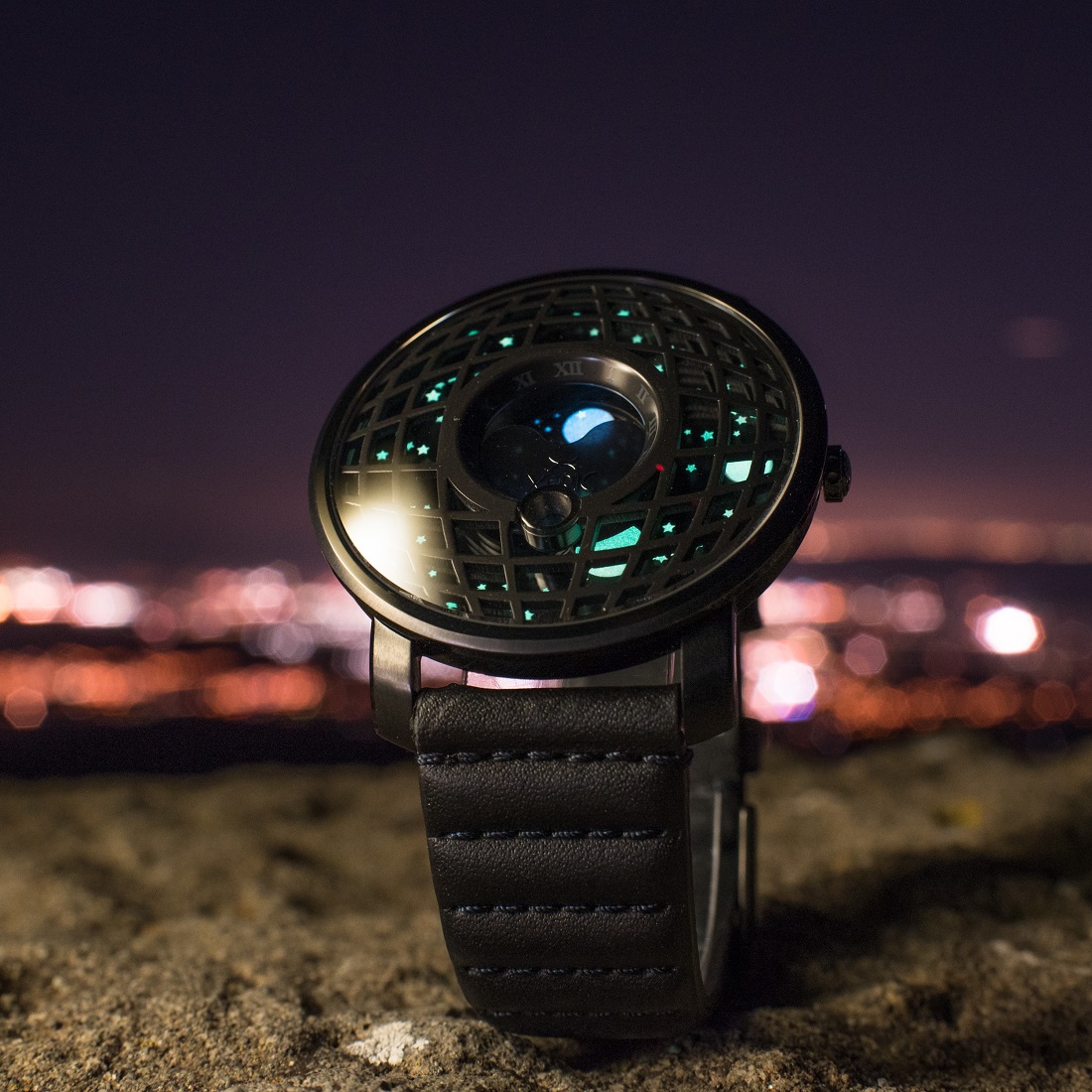 The watch features a dome crystal made from Hesalite, a material that was originally developed for NASA. The material was introduced in the 1960s as a crystal replacement for space bound watches. The first watch to be worn on the moon by Buzz Aldrin and Neil Armstrong had to withstand the harsh environment of space. A standard sapphire crystal poses many issues in the event of an impact in zero gravity as tiny fragments of floating glass could spell disaster for the cabin and onboard crew. To remedy this, NASA replaced sapphire crystals with Hesalite versions as they have a higher resistance to impact and do not shatter like traditional glass. 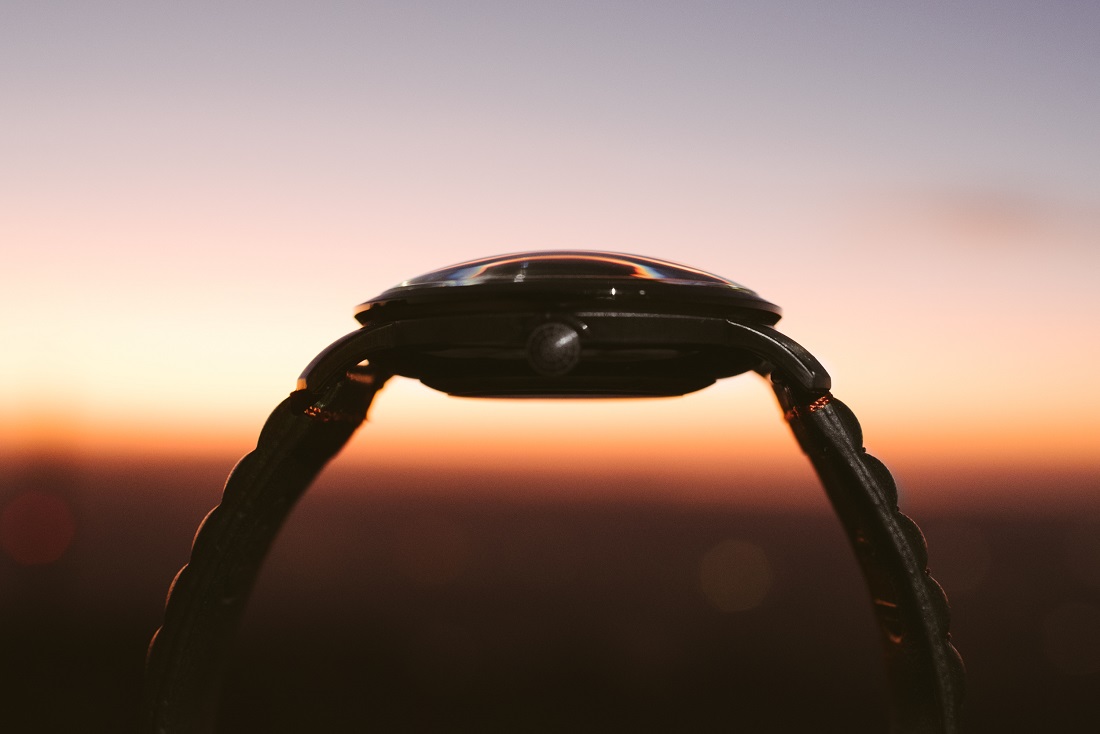 The straps are made using full grain leather from a US based Horween tannery. The leather is textured and stitched to pay tribute to the articulated ridge-lines seen on space gloves. Astronomer Carl Sagan summed it up best when he said “space & time are intertwined. We cannot look out into space without looking back in time.”

By becoming an early supporter on Kickstarter, you can receive one of the first 300 pieces in the color of your choice. Each Trappist-1 Moonphase model will be individually numbered in a limited edition run of 2,017 to commemorate the year the Trappist-1 system was discovered. Reserve your Xeric Trappist-1 Moonphase watch today for as little as $219 saving $130 off of its future retail price. xeric.com