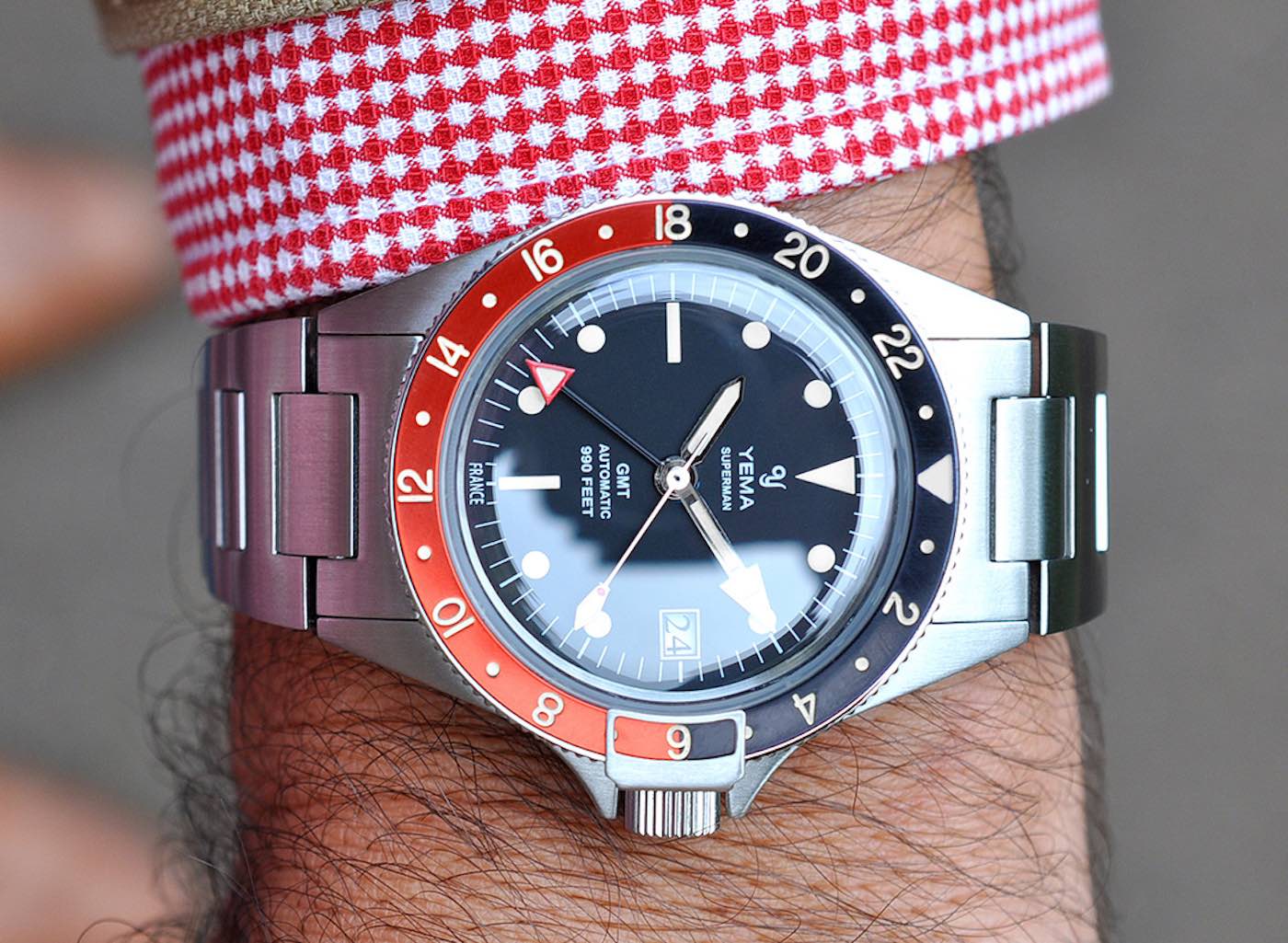 French brand YEMA backs up its recent successful Kickstarter campaign to bring the YEMA Superman Heritage Bronze to life with the release of the charmingly vintage-styled YEMA Superman Heritage GMT watch. With the kind of strong visual identity possessed by YEMA (thanks to the rather clever bezel lock system at 3 o’clock), getting on board with the industry’s hottest function fad (the evermore ubiquitous GMT complication) makes sense. These three watches — identical but for their different-colored bezels — offer fans of the brand a neat new option that boasts stylistic continuity and a distinct enough character to make it stand out from its peers. 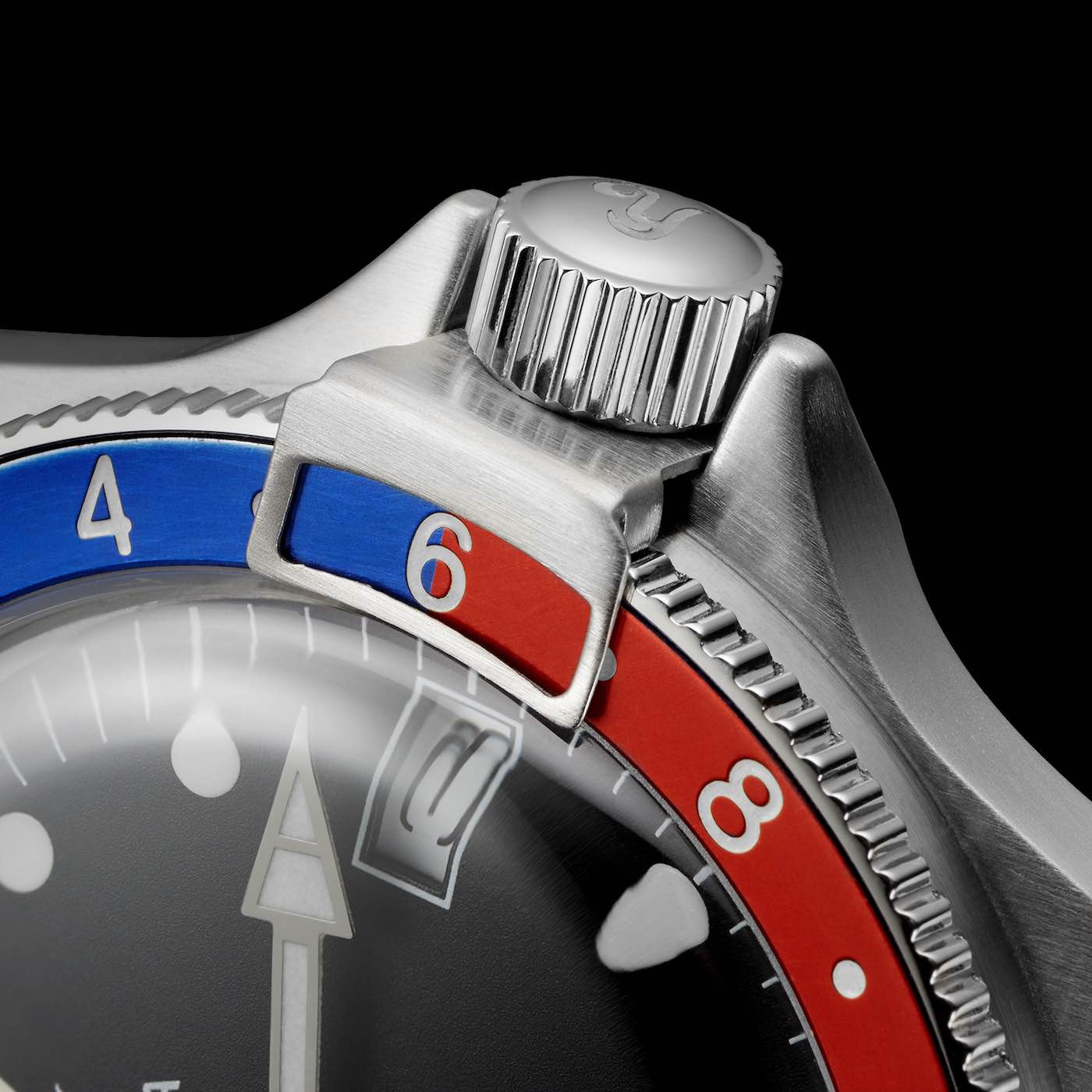 I first encountered YEMA during the recent Kickstarter campaign for the very successful YEMA Superman Heritage Bronze watch, which smashed its target, earning around $1,000,000 in pledges and amassing five times its original ask. Before the campaign, I knew very little about the brand. Now, having had the chance to study its offering and acquaint myself with the history, I’m pleased to see a timely new addition to the Superman Heritage collection, which is, in my opinion, the core and truest expression of the brand’s character. 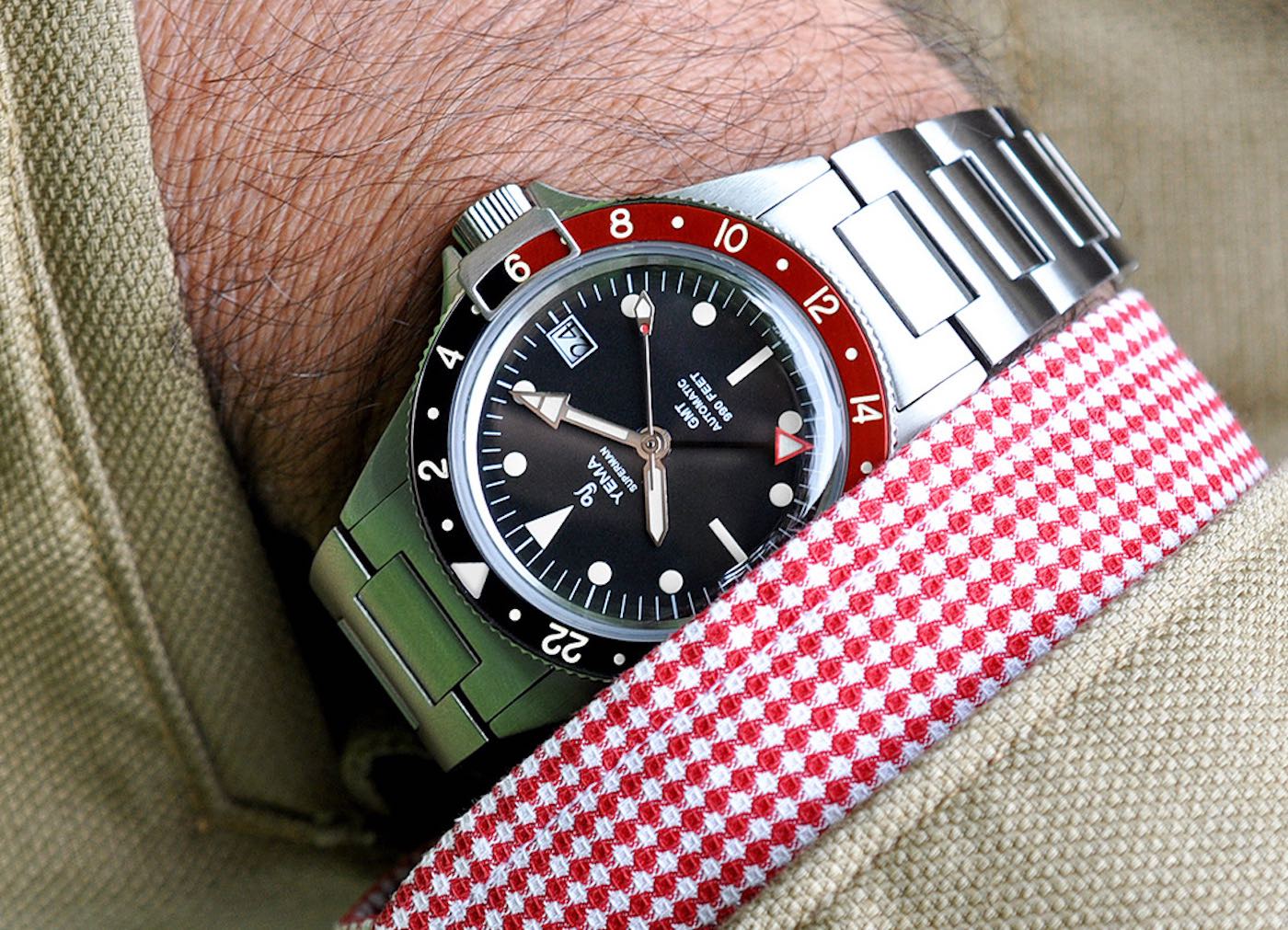 YEMA was founded in 1948 in Morteau, France, just five miles from the Swiss border, and 15 years later, in 1963, the very first YEMA Superman was launched. It had been designed especially for divers and was reputedly “indestructible.” The watch was water resistant to 300 meters and featured an unusual “bezel lock” system, which not only clamped the rotating bezel in place but also encouraged the user to screw down the crown before beginning their dive (thanks to the fact the bezel lock clamp is engaged and disengaged with the serrated edge of the bezel itself by the crown being screwed in and unscrewed). The watch was so popular, it was adopted by the Franch Air Force. 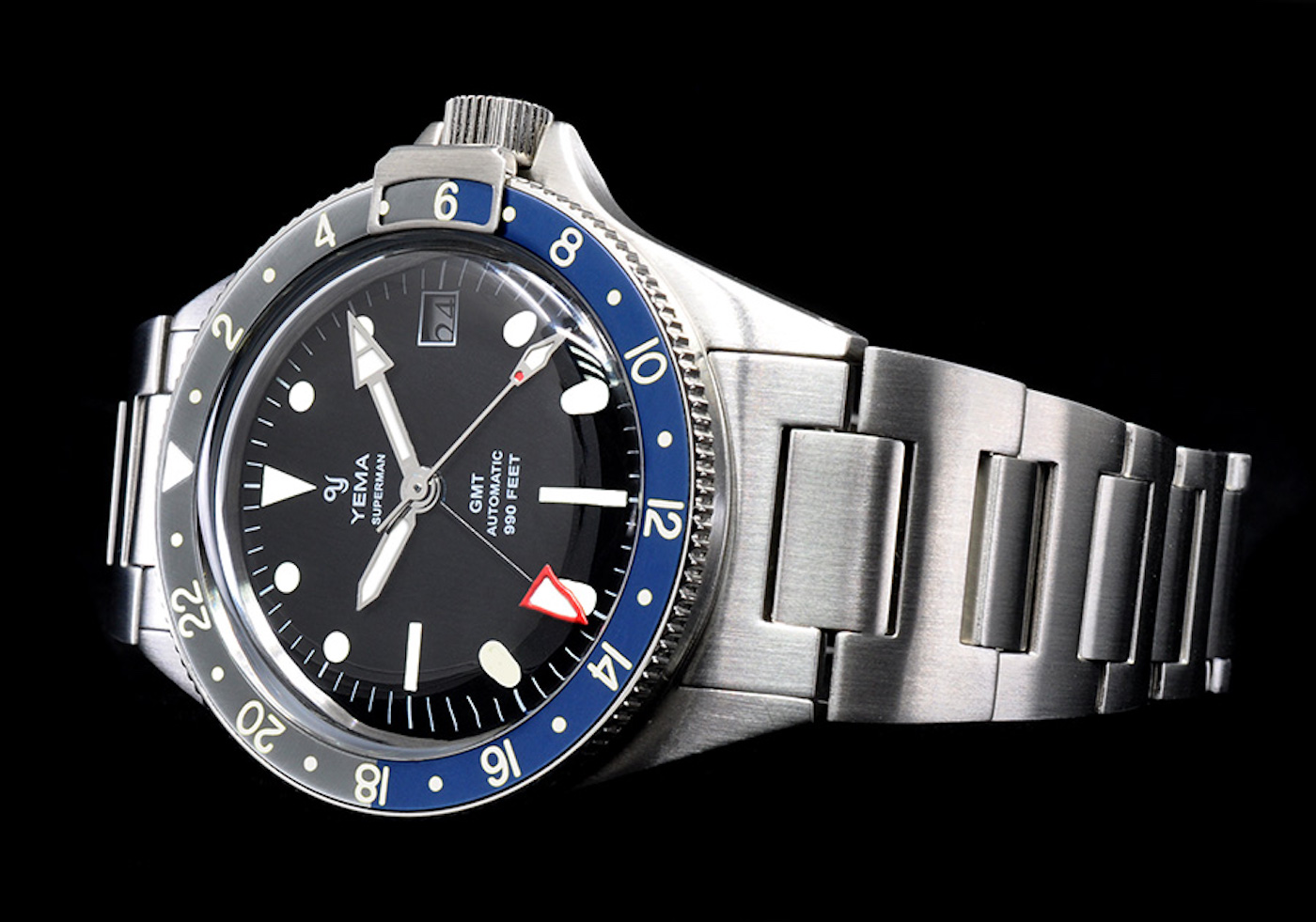 We’ve had to wait until 2019, however, to see a GMT complication pop up in the Superman Heritage range. A GMT complication means the wearer can set the watch up to display one, two, or even three separate time zones, making this an exceptionally useful watch for people who travel frequently. 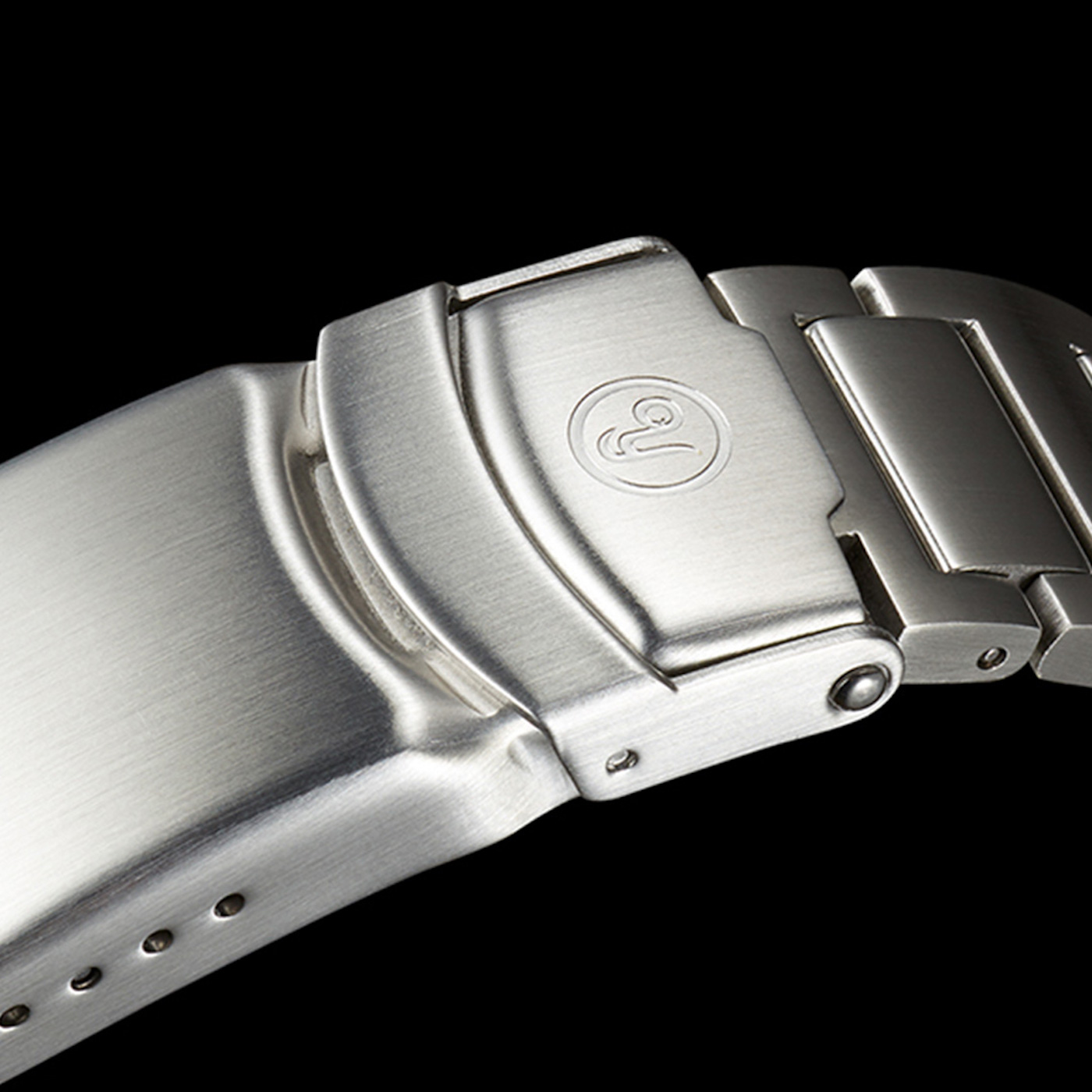 Realistically, this watch is just a dive watch with a GMT bezel fitted to it. No other modifications, save some subtle dial-printing updates, have been made. And while some may find the vestigial dive features a bit odd, there’s absolutely nothing negative about their presence. The bezel lock still plays its part in ensuring your second or third time-zone doesn’t slip out of sync, and the robust case makes this a great traveling companion. 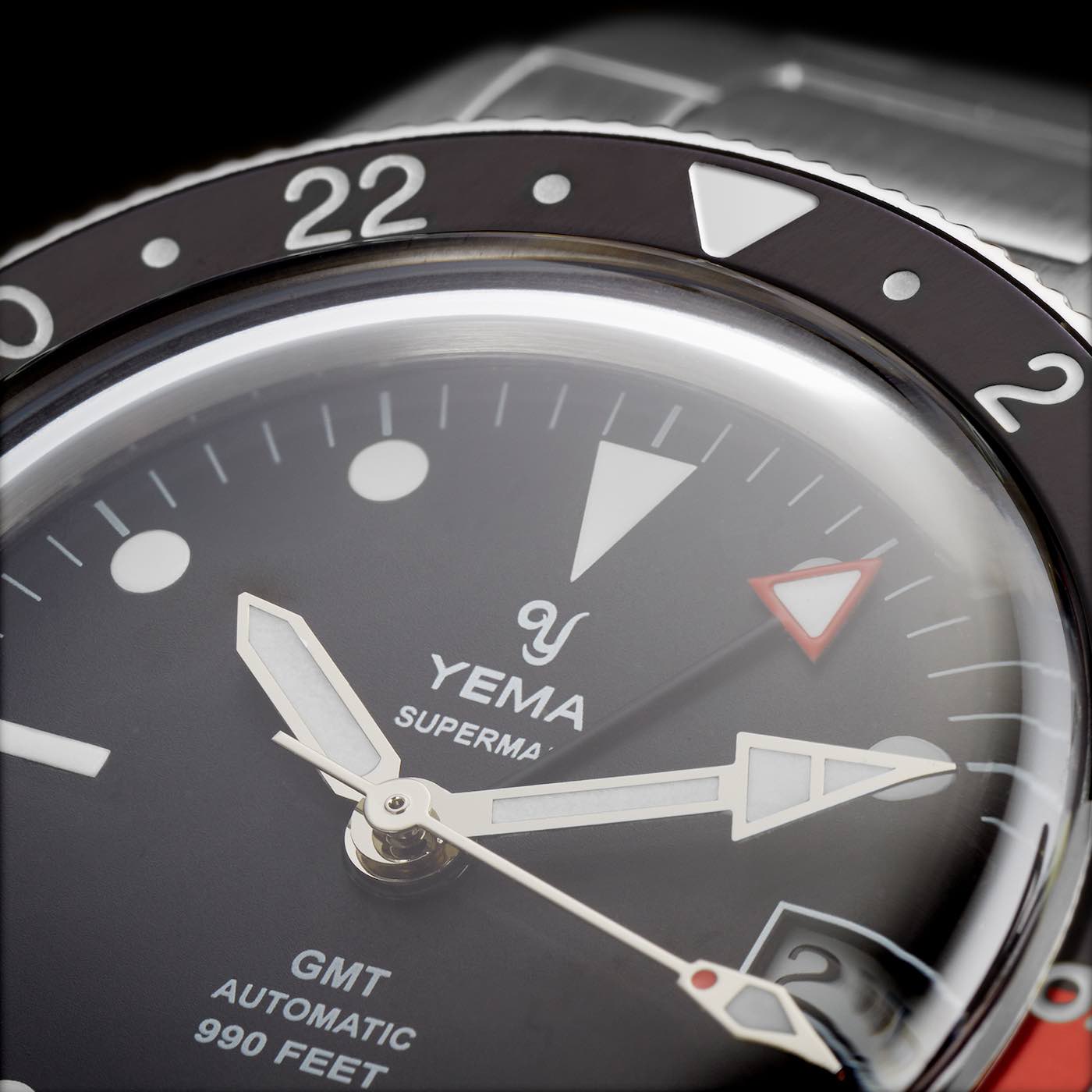 At just 39mm-wide, the YEMA Superman Heritage GMT is a pleasingly subtle product. Its high-domed sapphire crystal will also provide the 316L stainless steel case with additional protection from glancing blows. Wearers will have to get used to some significant dial refraction due to the shape of the crystal, but the way in which it recalls the plexiglasses that were common in its era of design is a neat feature I would not abandon for a more straightforward view of the dial. 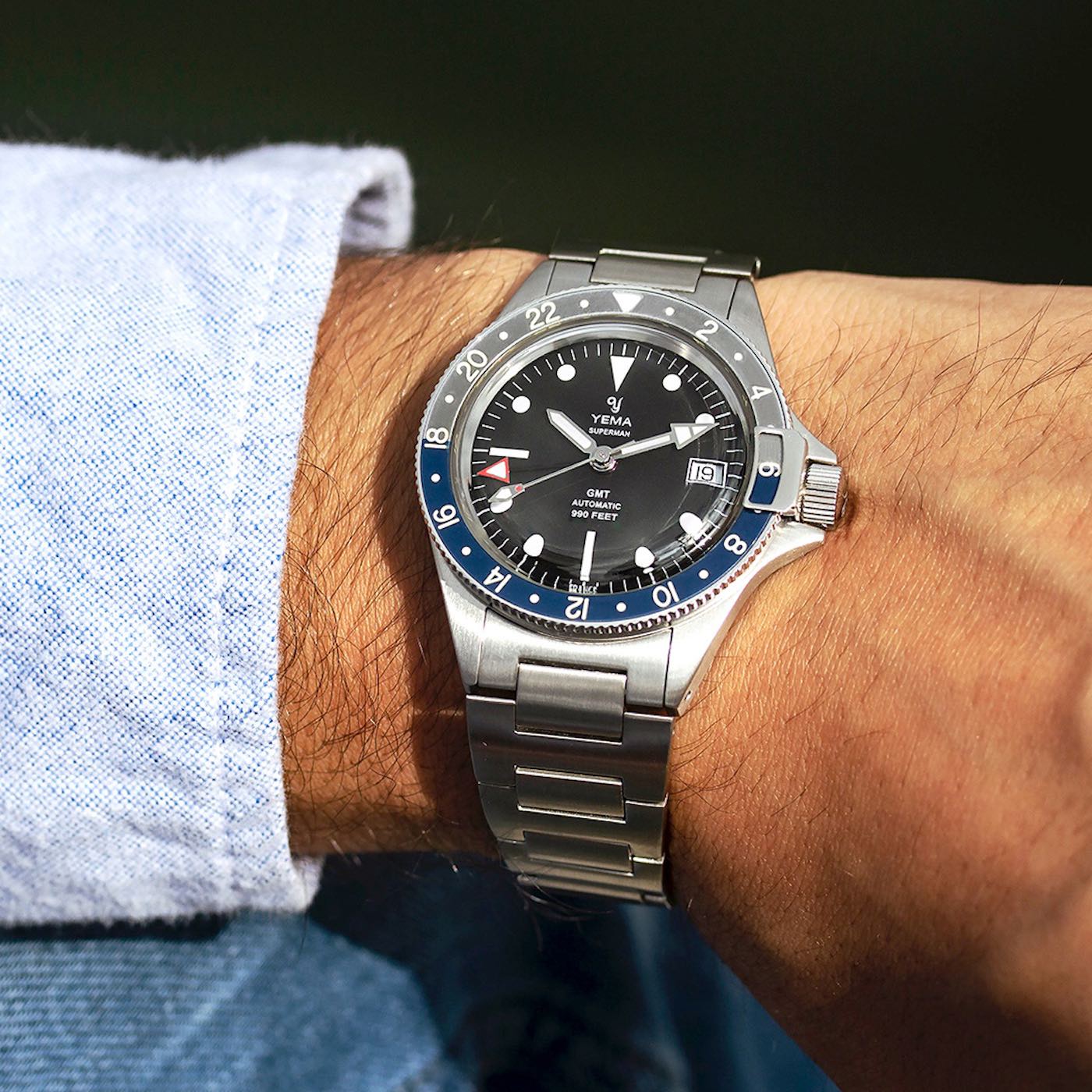 The dial itself is highly legible with Super-LumiNova C1 hour markers in white on a matte black background. All three dials and handsets are the same, the only difference among the models seen in the bezel color. Each configuration — Pepsi (red and blue), Coke (red and black), and gray/blue — will be limited to just 100 pieces. For the $1,499 asking price, purchasers receive a very solid, handsomely made watch powered by a Swiss ETA 2893 GMT, and delivered on an “Oyster” brushed steel strap with diver’s extension folding clasp. The YEMA Superman Heritage GMT watch can be pre-ordered on the official site for delivery in November 2019. For more details, visit yema.com.