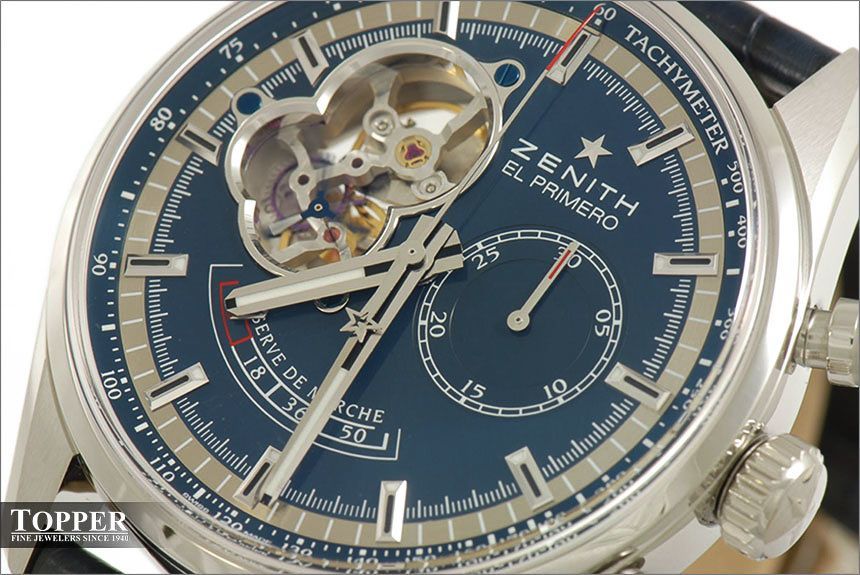 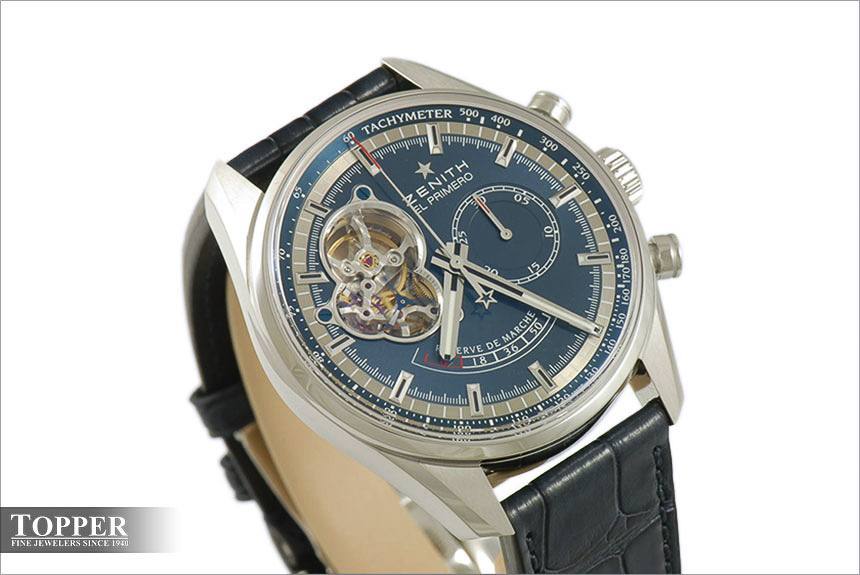 Of all of Zenith’s 2014 introductions, the model that I find most interesting is the Chronomaster Power Reserve Charles Vermot Limited Edition. What separates this piece from the rest of Zenith’s new offerings is its connection to four distinct time periods of Zenith’s modern history. 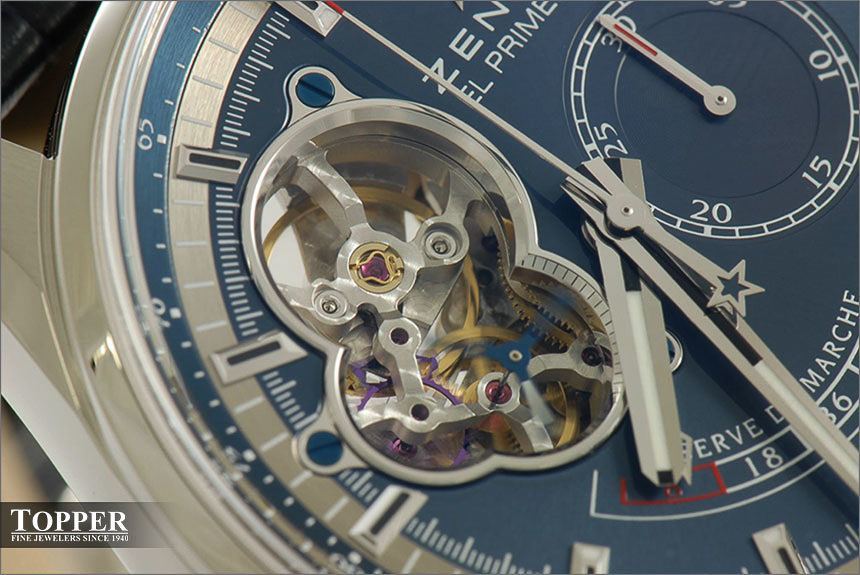 The skeletal opening on the Chronomaster Power Reserve Charles Vermot Limited Edition is very similar to the shape of the models from the early 2000s, though the watch features modern elements like a silicon pallet fork and escapement wheel.

The first era that the watch evokes is that of the mechanical watch industry’s struggles during the mid 70s. While Zenith had come out with the first El Primero in 1969 and designed a series of attractive chronographs in the early 1970s, the company struggled financially. In the mid 70s, Zenith was sold to American owners who decided to discontinue the manufacture of mechanical chronographs altogether. The watch’s namesake, Charles Vermot, was a foreman at Zenith’s factory, and was charged with the task of disassembling Zenith’s El Primero production assembly and selling it off for parts. Instead of carrying out this task, he secretly hid away the presses, technical plans, and equipment used in the creation of El Primero.

Years later, As Mr. Vermot had hoped, the manufacture of automatic chronographs once again became a priority at Zenith. To his delight, the parts and tools were discovered by new ownership and were instrumental in the continuation of Zenith’s mechanical chronographs. The Chronomaster Power Reserve Charles Vermot retails for $9,800 and is limited to 1975 units: 1975 is also the year that Mr. Vermot hid the items mentioned above. 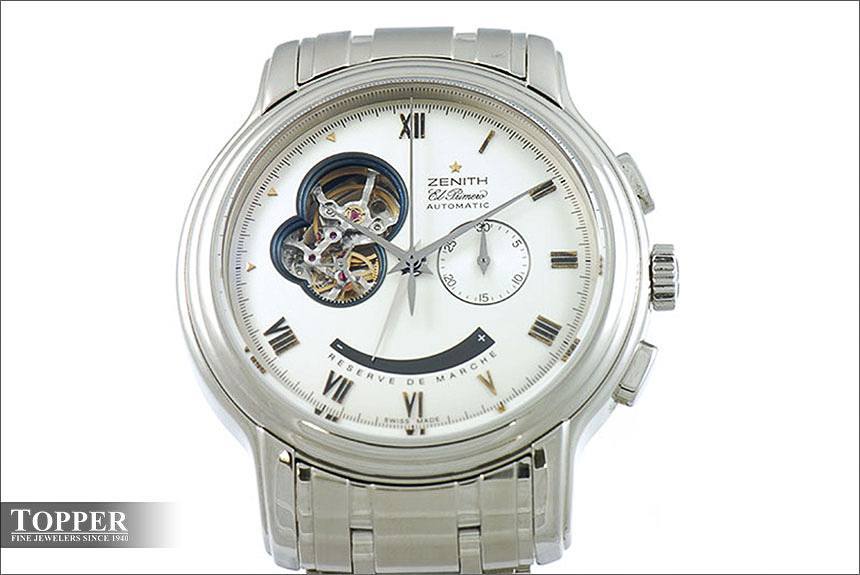 A Chronomaster open XT from the early 2000s, featuring a similar skeletal opening to that of the new El Primero Chronomaster Power Reserve.

The dial of this year’s Charles Vermot Limited features a shade of blue exclusively reserved for tribute models dedicated to him. (The other popular Charles Vermot model is in the 36,000 VPH collection which is a similar watch at a lower price point that doesn’t have a skeletal opening.) The shade is a deep metallic blue that, while vibrant, is a little more understated than cobalt. 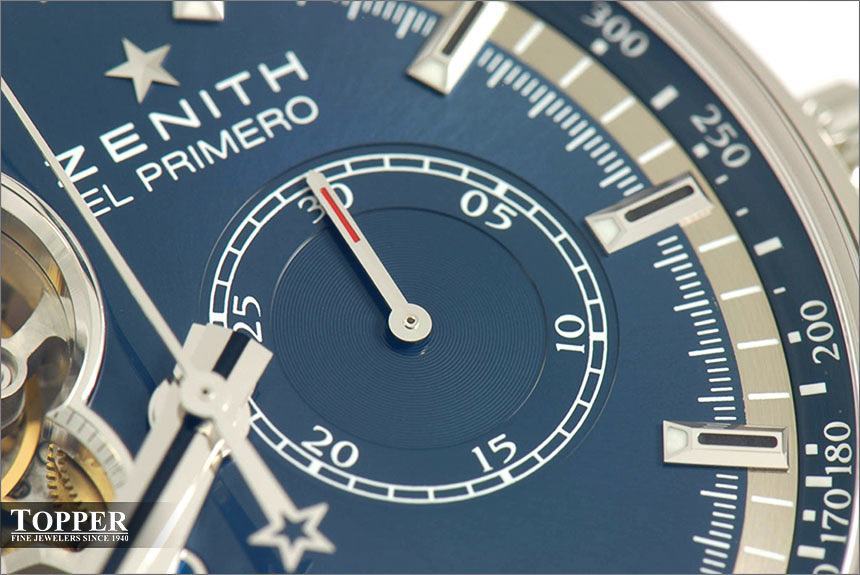 The open skeletal portion on the new limited edition is a design influenced by Zenith watches of the early 2000s. When many collectors think back on Zenith’s timepieces from this period, they think of decadent and dramatic designs. As described by Zenith’s U.S. Brand Director Roland Enderli, “Introduced in 2003 as a part of the main collection, the skeletal opening became both synonymous with the brand and remains one of its most iconic features today.” 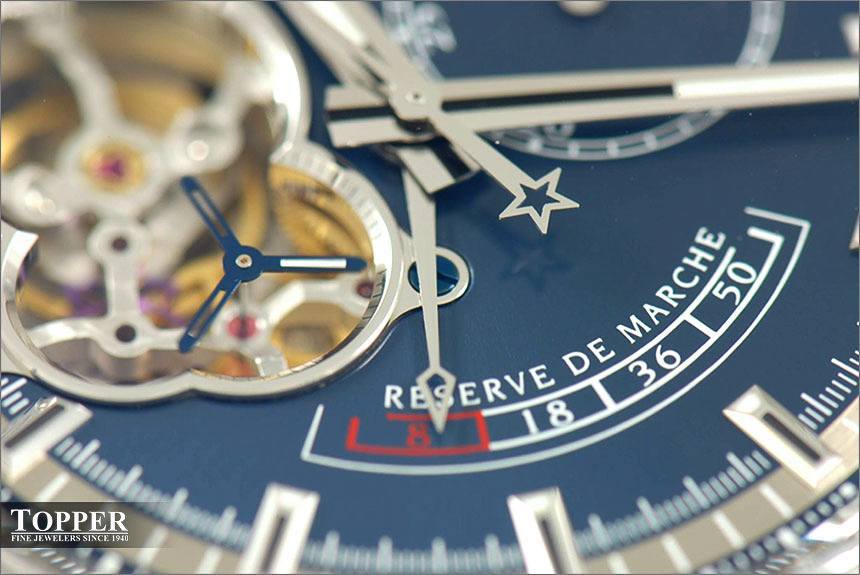 While most of the aesthetic lines from this time period have been culled from the current collection, the skeletal opening used on what was then called the “Chronomaster Open” watch is almost identical to that of the current El Primero Chronomaster Power Reserve. While Zenith came out with other open models in the early and mid 2000s that featured various shaped windows, only the Chronomaster Open allowed a complete view of the balance and escapement wheel. Accordingly, it’s no surprise that it’s the shape they retained for the current collection.

While the opening may be the same, due to advancements in watchmaking technology, the quality of the visible components have been enhanced. Most notably, the current Chronomaster Power Reserve models use a silicon escape wheel and pallet fork. This serves two benefits. Roland explains, “It has the major advantage of extending the service interval, but at the same time it brings a nice aesthetic feature to the watch where you can see the violet color of the these parts that are made of silicon instead of traditional metal.” 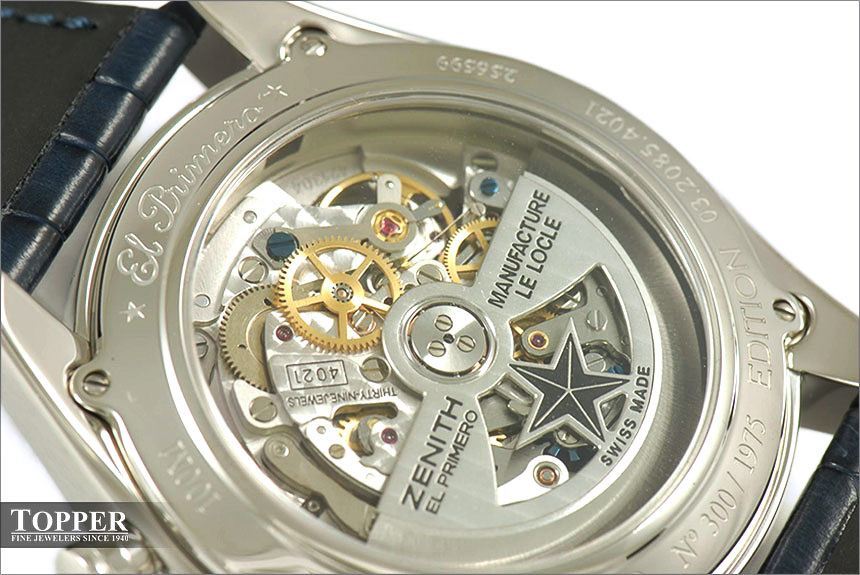 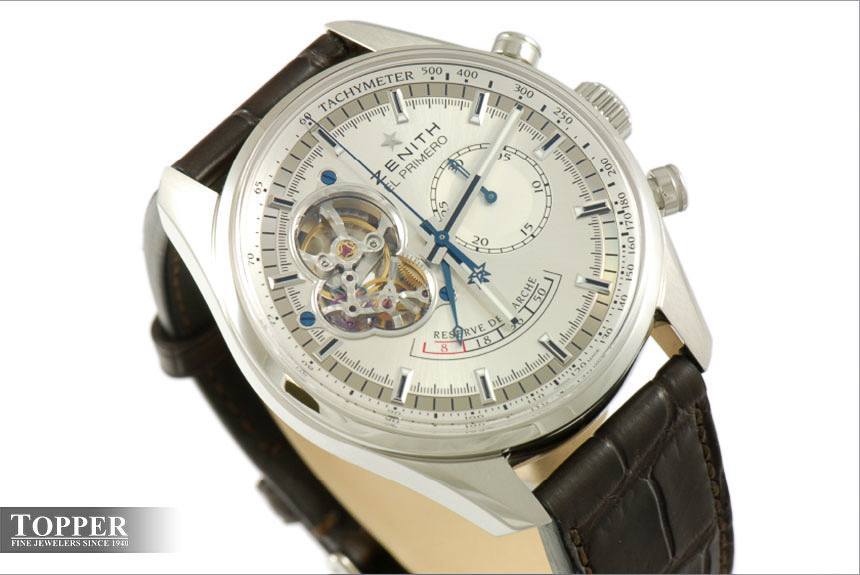 The Chronomaster Power Reserve pictured above in silver. Like the Charles Vermot Limited, it now features an updated silicon pallet fork and escapement wheel. $9,800 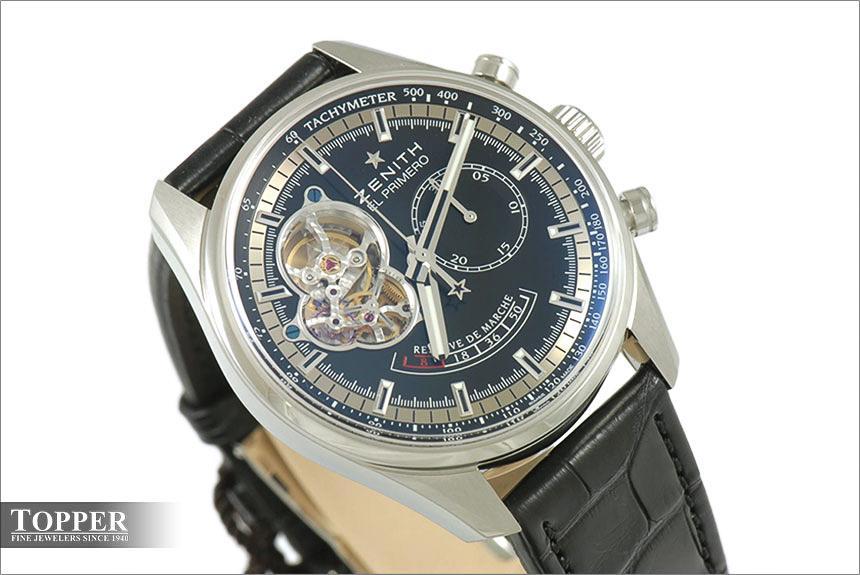 The Chronomaster Power Reserve, pictured above with a black dial, came out in 2011. It features the same case as the 36,000 VPH which is stylistically influenced from the first El Primero Chronograph from 1969. $9,800

Ultimately, whether or not a watch that evokes four different eras from a company’s history is interesting will depend on the perspective of a future buyer. From the seller’s perspective, or at least my perspective, a watch that is so ingrained in a company’s history is much more enjoyable to think about and describe than an average watch. Price is $9,800. I feel fortunate to have it as the subject of Topper Fine Jewelers first piece for aBlogtoWatch.