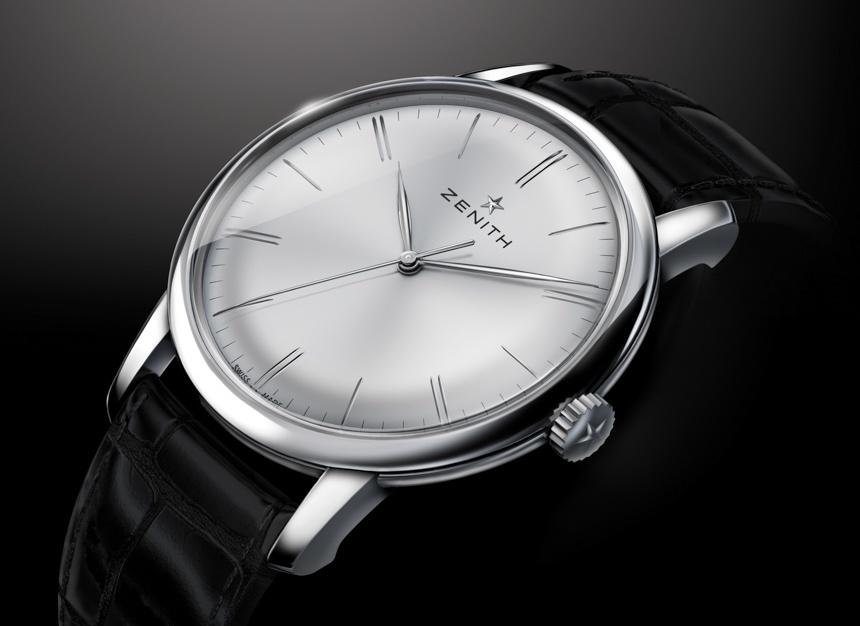 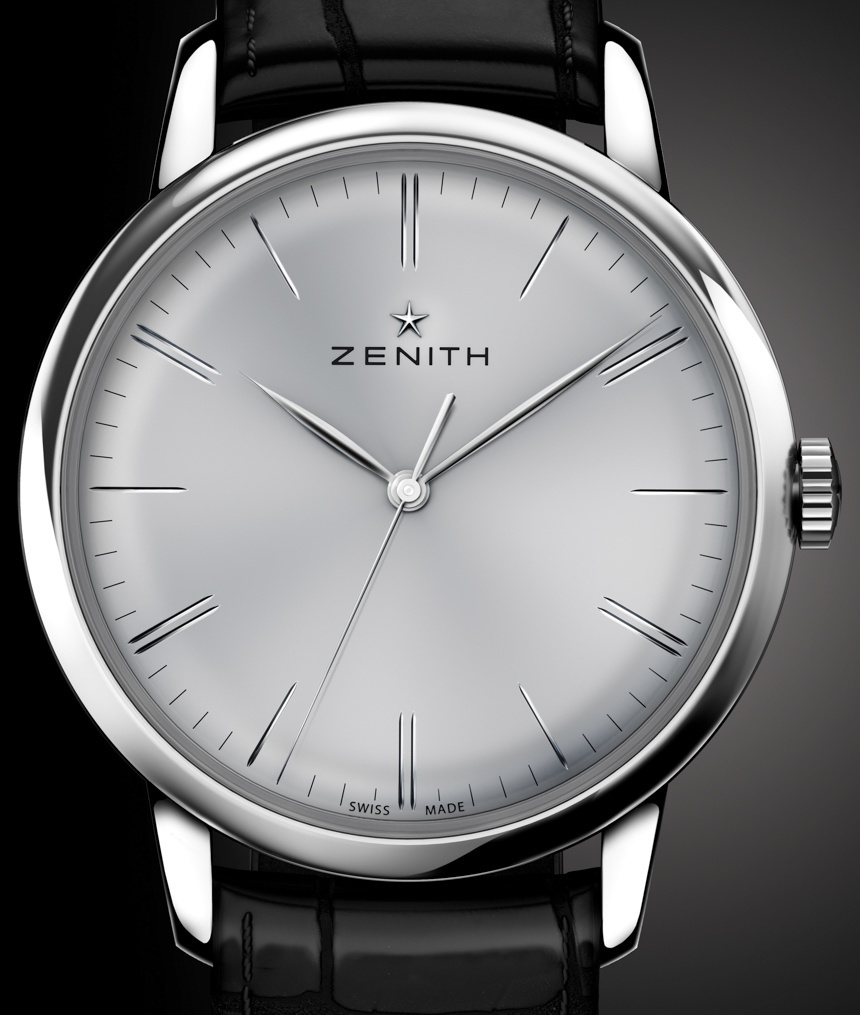 Say hi to Zenith‘s latest creation, the Zenith El Primero… Wait, that’s not right… Welcome to the Zenith Elite 6150, the manufacture’s updated dress watch line that features a new in-house movement. While it’d be easy to say that Zenith and its El Primero are absolutely inseparable, the company has actually been offering the Elite line of dress watches, coming with a more simple feature set and a dressier look than most El Primero-equipped Zenith watches.

The Zenith Elite has, of course, never been able to replace the El Primero, but then again, that is not the goal here – it is a restrained extension to Zenith’s portfolio of watches, something that provides what you would expect from a true manufacture – at a relatively more affordable price level, matched to arguably more timeless aesthetics.

The Zenith Elite line started out as just that, and has been around with more or less quiet updates – especially when compared to the many smaller and greater new iterations the El Primero base caliber has been subjected to. One of the more interesting pieces of news related to the Zenith Elite came in 2014, when Zenith announced that they would be offering Zenith Elite collection timepieces now equipped with sourced Sellita calibers – a bit of a shocker from Zenith, who has been a long standing member in the close group of true and dedicated manufactures.

At that time, the point was to lower the barrier of entry to the brand – and since the manufacture has reached the limits of its output capacities at around 50,000 calibers per year, it would allow them to step up in volume and further down a bit in price. Another highly notable event in Zenith’s history from last year was that the company’s CEO, Jean-Frédérique Dufour left the company to lead Rolex – and it was difficult to tell whether the new director of Zenith, Aldo Magada – former chief executive of Gucci Group Watches – would carry on following this route or not. 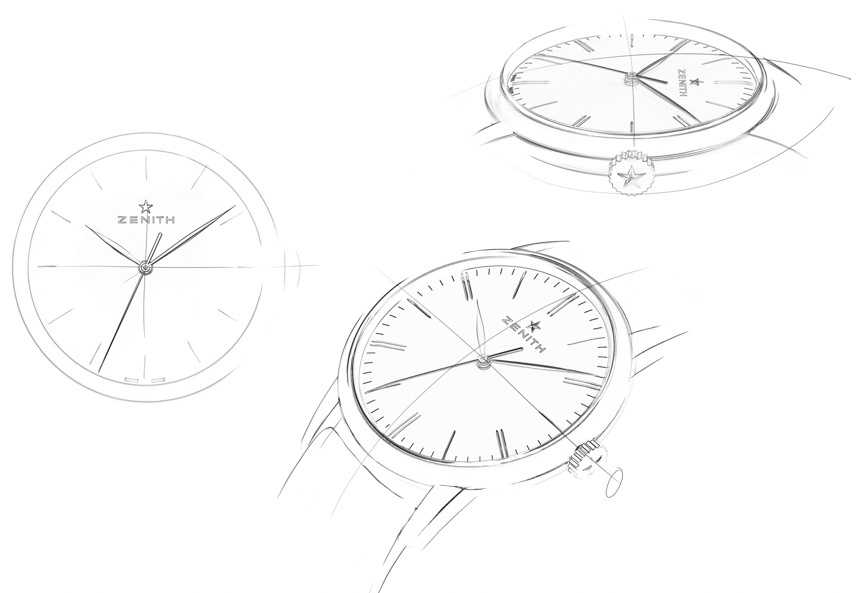 Apparently, we are being given an answer to that question right now, as the Zenith Elite 6150, Zenith claims, is “bringing back to the forefront its famous Elite base calibre presented in 1994.” What made the modern Zenith what it is today was unquestionably its return to its roots and more traditional side, as Dufour steered the company back that way after the much more modern – and on many occasions, quite extreme – direction that its former CEO, Theirry Nataf had set. This development also brings up another logical question: how did Zenith come up with a new in-house movement in such a short time (basically less than a year from the time of its change of heart)? The answer in this case, Zenith says, is that they have worked on the original Zenith Elite caliber – which has likely accounted for substantial savings both in time, as well as financial investment in its development. 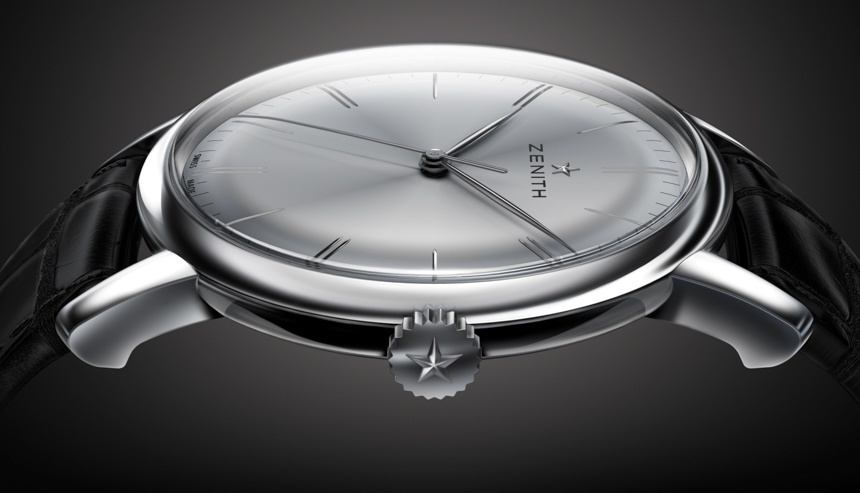 The new movement now offers a most welcome 100-hour power reserve and a more generous diameter. The Zenith Elite 6150 adds an extra barrel to the original’s singe-barrel construction, upping the power reserve from 55 to the aforementioned 100+ hour limit. Beyond adding some extra oomph to the caliber, Zenith has also concentrated on keeping it thin: this accumulation of 195 components is just 3.92 millimeters thick, allowing the brand to keep using the movement in elegant dress watches. The movement runs at 4 Hertz or 28,000 vibrations per hour, one step down from the El Primero’s famous 5Hz/36,000 vph frequency. The functions of the 6150 include the indication of hours, minutes and central seconds – moving the seconds indication from the previous manufacture caliber’s 9 o’clock position to this central location where it helps maintain the symmetry of the dial. At this point, we do not know whether the final version will have a sapphire crystal or solid metal case back, but we’ll add this information as soon as it is made available. 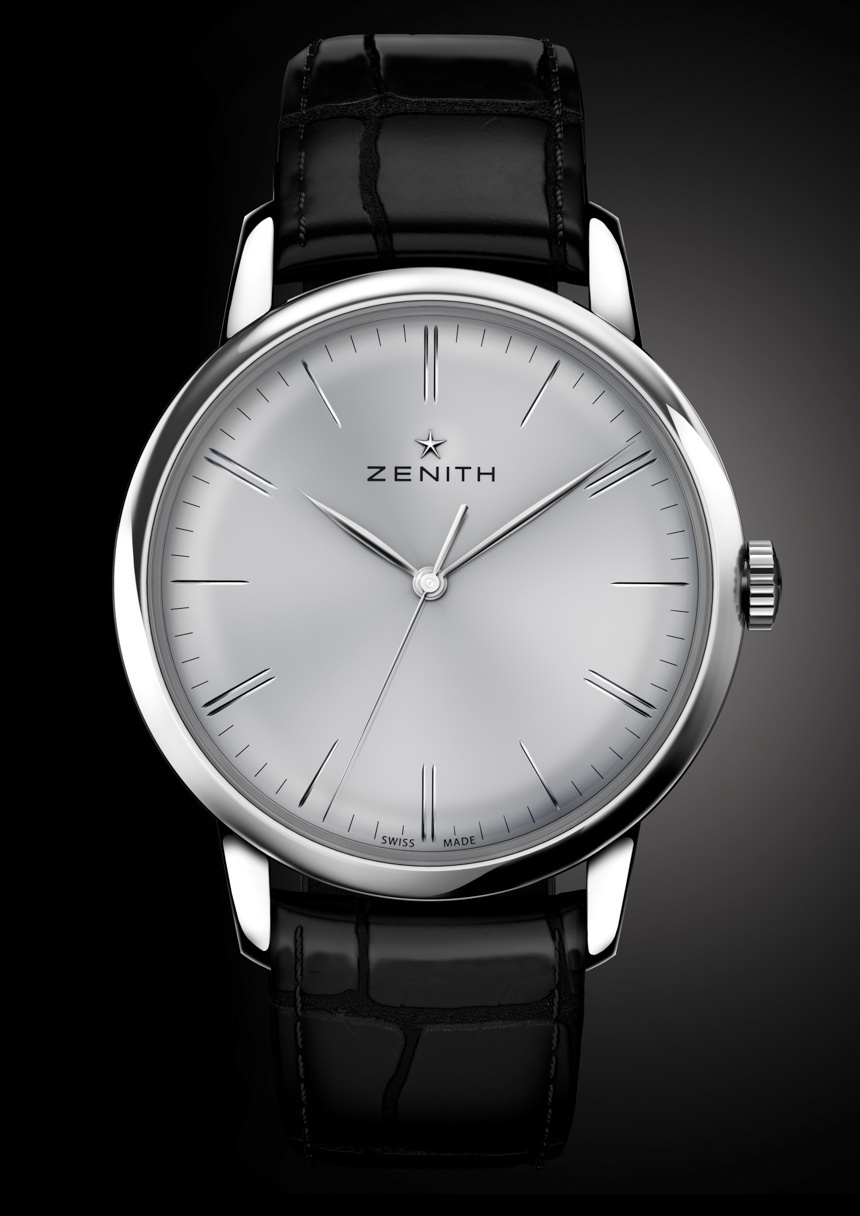 There are notable changes on the outside as well: the new caliber makes its debut in the Zenith Elite 6150 – apparently baring the same name as the caliber inside – which is now 42 millimeters wide, “a new benchmark size for the brand,” as Zenith puts it. That slightly larger case size is matched with a thickness of just 10 millimeters, rendering the watch highly wearable and relatively elegant, despite the larger diameter. At the time of this release, the previous Zenith Elite models with the Sellita movements no longer appear to be displayed on the brand’s website, which implies that the Zenith Elite 6150 means an old-new chapter in the dress watch collection’s life. 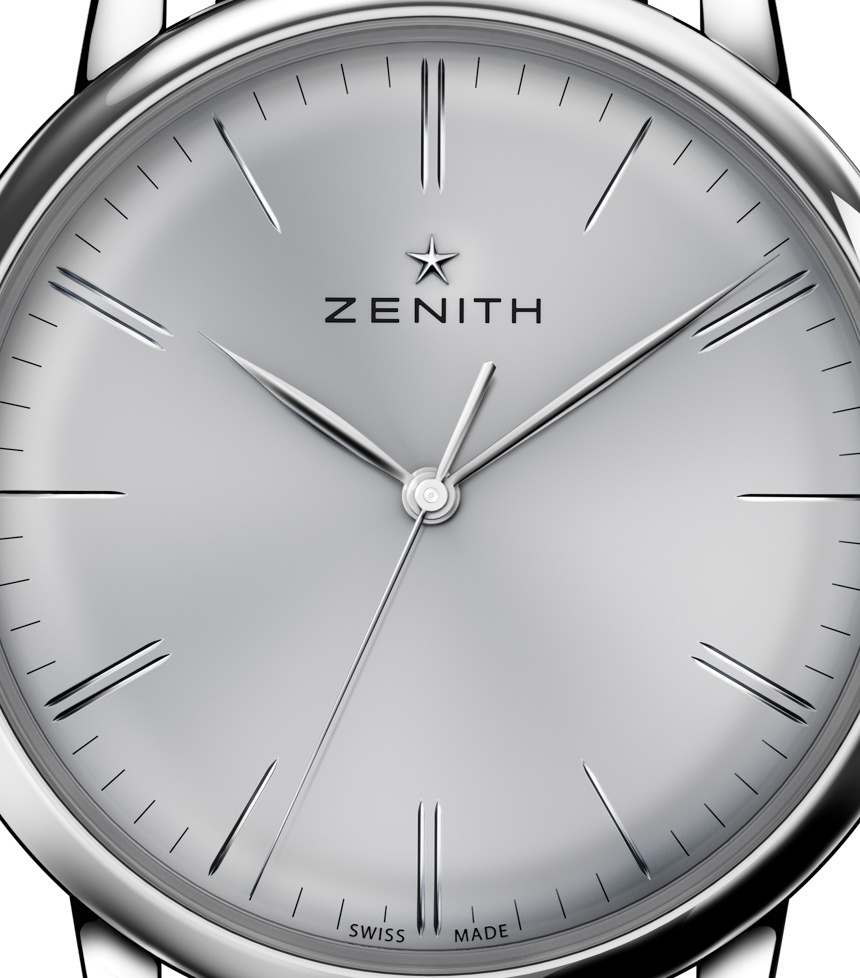 While the reasoning behind the Sellita-driven Elite models was understandable and rather logical – considering the intentions of opening up the brand for a newer customer base with a relatively smaller budget – Zenith has clearly decided to “reaffirm the brand’s determination to honor its status as a Manufacture.” That is what they say, and that is what they do with the Zenith Elite 6150. The overall design is rather conservative – which is nothing new when it comes to the Zenith Elite series – while the movement appears to feature just enough modifications to render it a considerable contender in the higher end dress watch segment. And while the pieces with the sourced Sellita movements may appear to be somewhat less desirable, as they obviously lack the in-house flair that has been offered before and after their short career, one wonders how that limited production period will affect the mid-to-long term collectibility of those pieces. We will continue to update as pricing becomes available. zenith-watches.com