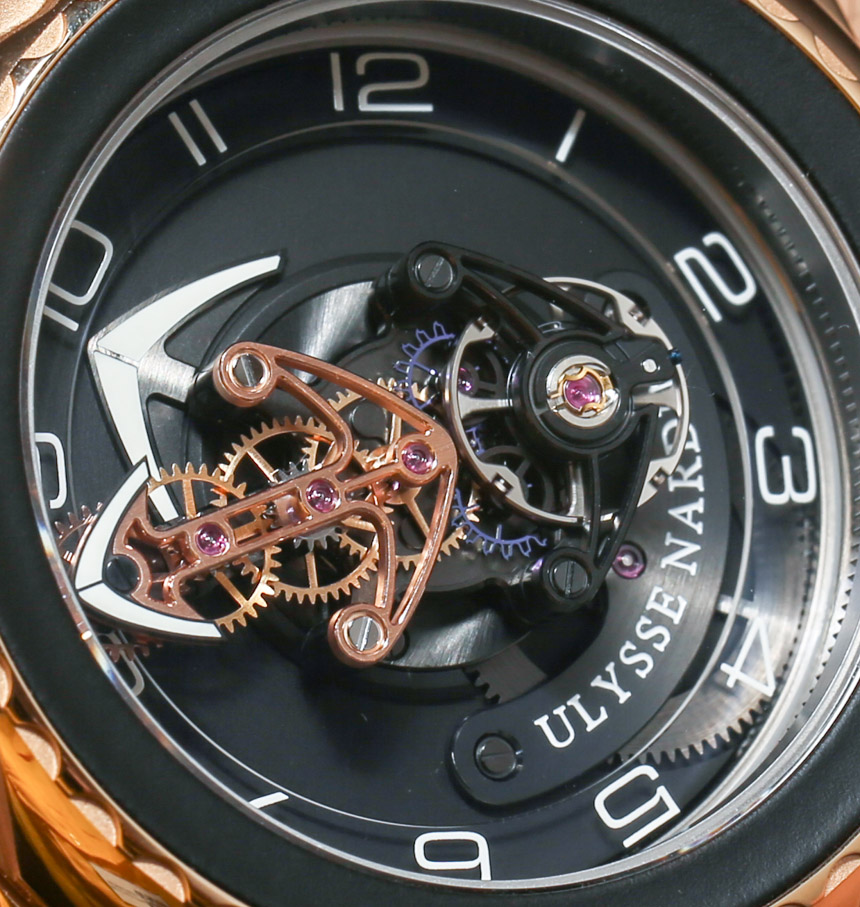 I will freely admit that for my money, the Ulysse Nardin Freak is on a short list of circa $100,000 watches I’d buy. I did not feel this way at first. When the original Freak came out over a decade ago it was named as such for a good reason. Not only was the design totally unconventional, but the concept of a mechanical movement that used silicon (silicium) instead of metal parts was practically heretical. That was then, and today silicon is about as controversial as Swiss cheese to many brands who freely utilize the material in their mechanical watches. For 2013 Ulysse Nardin releases a new Freak called the Freak Cruiser – an heir to the original but upgraded in many ways. Let’s take a look.

The original Freak from 2001 has some interesting design quirks. One of them was a pin that went right through the center of the crystal so as to hold the movement. Another was pretty much no water resistance, and a third was having a visual design that you might love but would scare your grandmother. Twelve years later and the Freak has been continuously improved and perfected by the brand. You have to give them credit for not only continuing to support this wonderful model, but really working to improve it. I can say that the Freak Cruiser is probably the best Freak watch yet. For me this is probably one of the top Freak models I would want, even above the much more expensive Freak Phantom or Freak Diavolo (aBlogtoWatch review here), that contain tourbillon mechanisms in the already tourbillon-ish movement. Though if budget is really (really) not an issue then a tourbillon-equipped Freak is a cool option. The Freak Cruiser does take some design inspiration from the Freak Diavolo and the Freak Phantom with the layer of black vulcanized rubber on the bezel. Which is an interesting, albeit strange design choice to put rubber here.

The bezel on the Freak Cruiser is new. Consider it an “evolved’ Freak bezel in terms of design. It isn’t better or worse, merely different. The bezel of course is an important element on the Freak because it is how you adjust the time. It is locked until you lift up the small flap over 6 o’clock. When you adjust the bezel it changes the time. If you haven’t noticed yet this and all Freak watches have no crown.