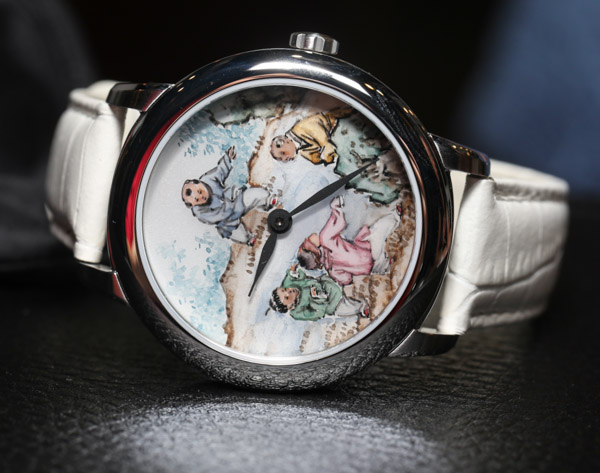 While it will be the first time for me to attend, 2014 marks the third year when aBlogtoWatch.com will be present at the Hong Kong Watch & Clock Fair. Held between the 3rd and 7th of September at the Hong Kong Convention and Exhibition Centre, it is a massive fair that hosts nearly 800 exhibitors and a total of nearly twenty thousand retailers, manufacturers, suppliers, and journalists each year in an effort to create an opportunity where just about any and all participants of the watch industry can acquire new connections and establish new business relationships. In this year’s pre-show article, let’s take a brief look back at what the previous years’ events had to offer and also at what we expect to see this year, at the largest “timepiece event” in the world. 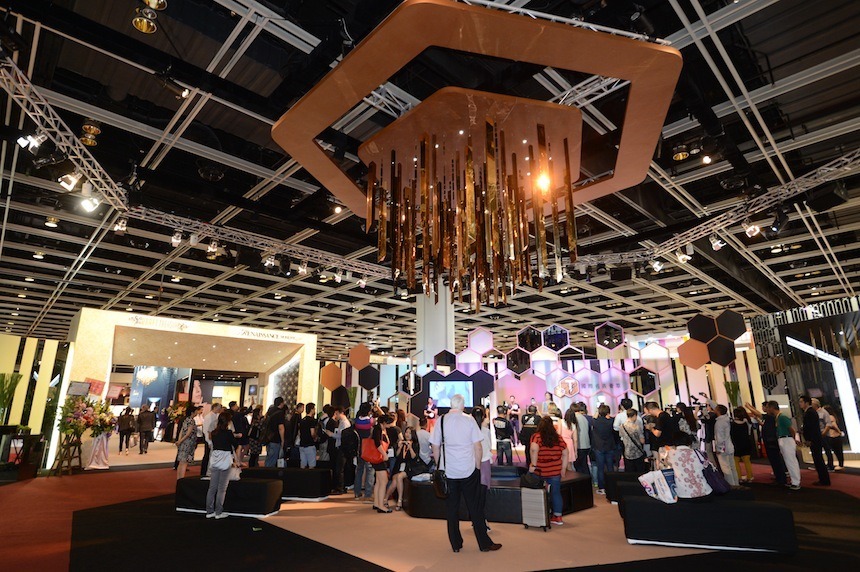 Unlike other major shows like Baselworld or SIHH, the Hong Kong Watch & Clock Fair caters to several hundreds of companies which are specialized in making products in extremely large quantities, striving to keep production costs low, quality levels relatively high, and production output as high as possible. This is not to say that well-known luxury brands from the Western world are excluded from the fair, rather to just point out that the limelight falls unquestionably on Asian manufacturers – and their connection with European and US-based brands, but more on that a bit later.

To begin with, the Hong Kong Watch & Clock Fair of 2012 (feature article here) told us about a prevalent lack of distinctive and creative new designs when it came to most Asian manufacturers. In other words, we learned that the absolute majority of such companies aim to cater to the demand of an already highly successful market segment, in which they wish to compete with cheaper prices and greater accessibility. This, one could say, results in copying proven (and famous) designs, and while that certainly is true to some extent, things are not all that simple. To learn more about this complex issue I would suggest reading our article about the show from two years ago – but for now we will say that balancing on the verge of unproven creativity and blatant copying is not easy… and yet, there has been progress. 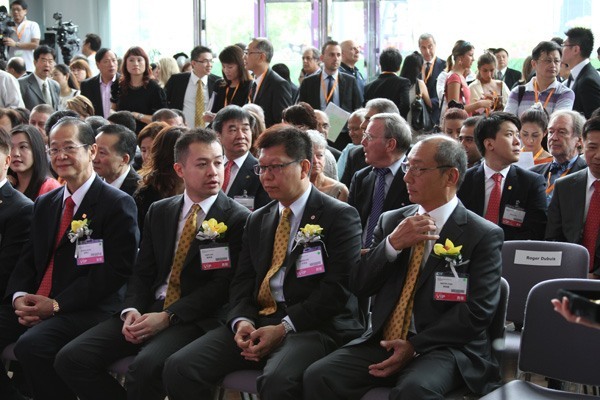 In the round-up article about the 2013 Hong Kong Watch & Clock Fair, Ariel concluded that not only have Asian manufacturers been upping their game when it came to quickly adapting to the latest market trends, but they have also been shifting towards making their own products tailored to their own taste and culture – rather than exclusively supplying to external companies and replicating their proven designs. Hot topics of 2013 included the rise of the more affordable – and more restrainedly styled – smartwatch as well as the rise (but not necessarily shine) of Chinese-made tourbillon watches.

Basically, what 2013 had shown us is that the Asian watch industry is progressing with incredible leaps forward, providing a testament to their refining taste (even if there still is a long way to go and things still are “hit and miss”, to put it mildly) and fantastic abilities to adapt to just about all the quick changes of the industry. 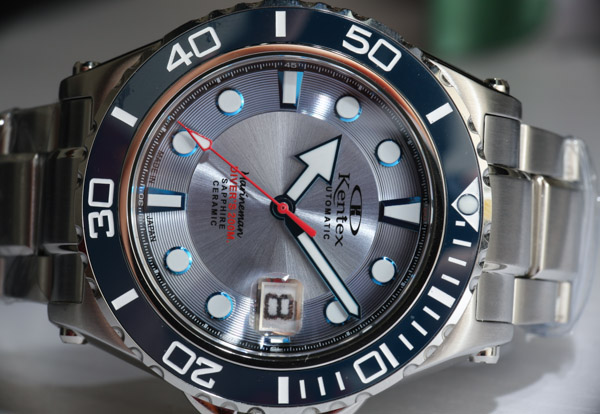 With all this said, I have several duties set for visiting the 2014 show. First of all, I would like to connect the dots and see for myself whether this hugely impressive progress remains (both in terms of developing taste, as well as in providing much more affordable alternatives to what people actually want – including smartwatches, tourbillons, et cetera). It will be interesting to see where the Asian watch industry is in terms of refinement! 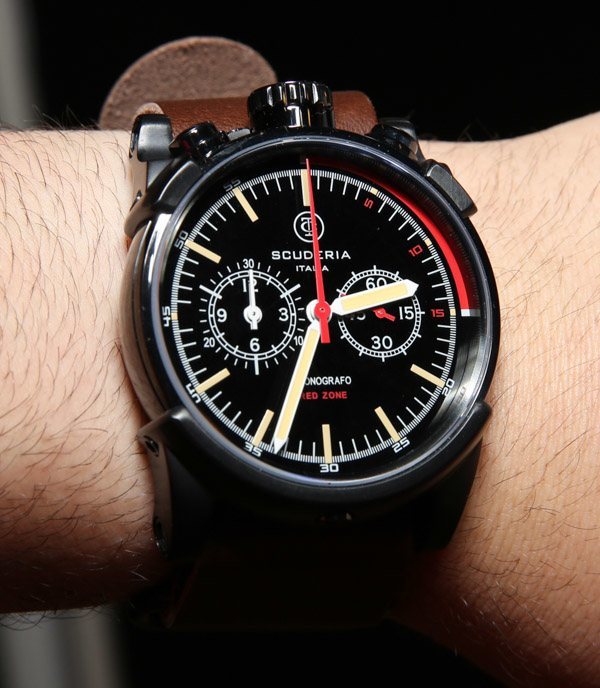 Second, the business relationship between Western manufacturers and their Asian suppliers is of key importance, as it is no secret that the absolute majority of European and US-based brands rely on Asia-based suppliers to a lesser or greater extent. And this is in line with what I pointed out above: the Hong Kong Watch & Clock Fair is first and foremost about making new business connections and creating fruitful collaborations, let those be between European brands and Asian suppliers, retailers and manufacturers, or simply between different participants of the industry in general. Therefore, it should be exciting to try and gain some insight into the complicated – and rather secretive – inner workings of these collaborations. 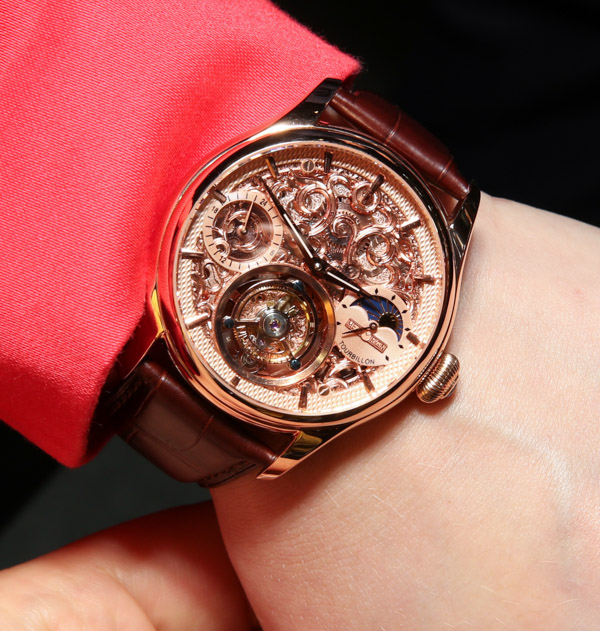 Last, there is expected to be a higher-end segment with the “Salon de TE,” where products of brands aiming for the luxury market will be exhibited. How this translates into actual quality and value to the finer consumer is something that we can tell only once we have seen this selection of “over 150 top-end international brands and designer collections.” There certainly is a lot to look forward to so stay tuned for our comprehensive coverage of the Hong Kong Watch & Clock Fair in which we will try and find the answers to all those aforementioned issues, while also providing insight into this massive fair. hktdc.com