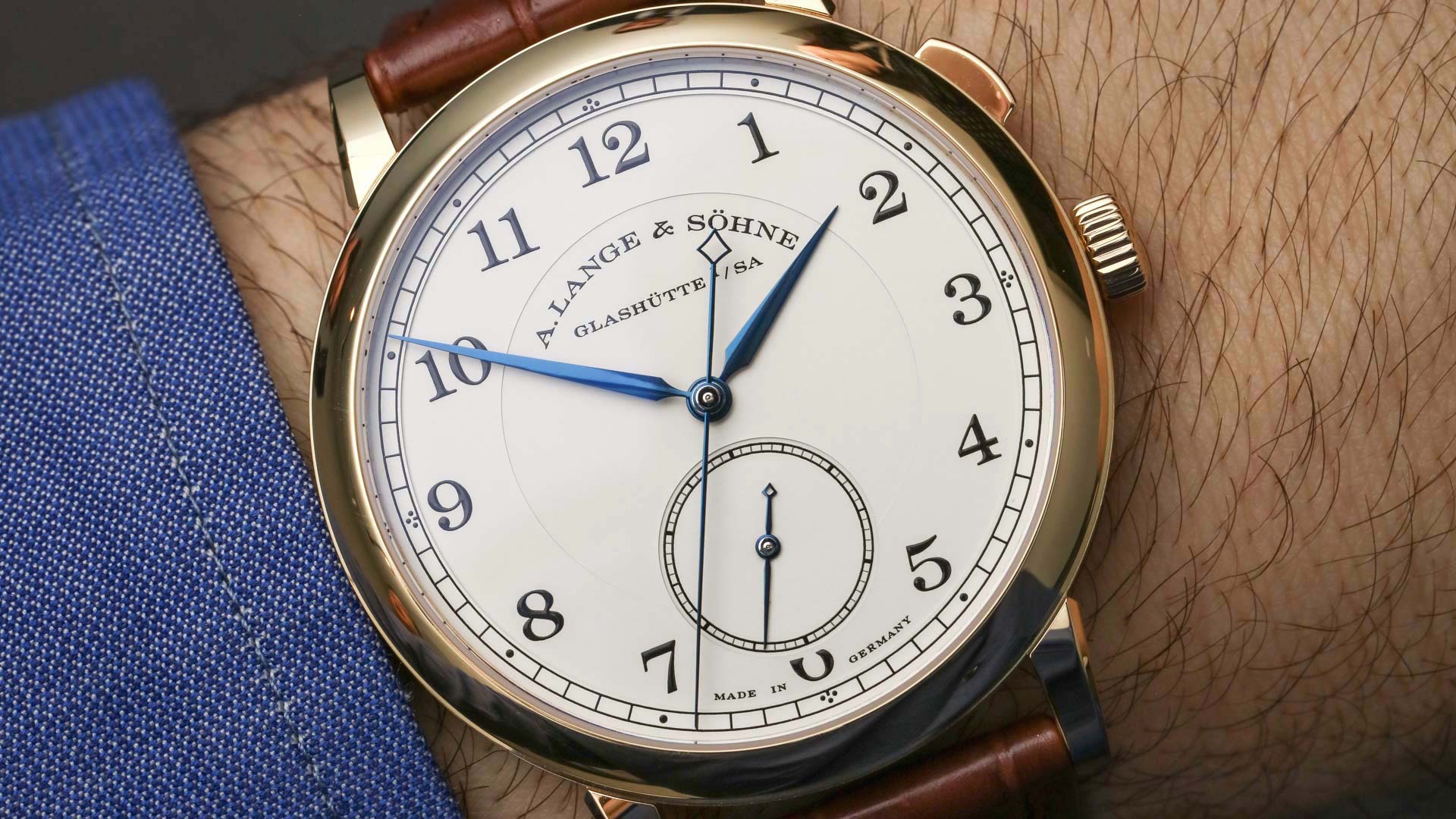 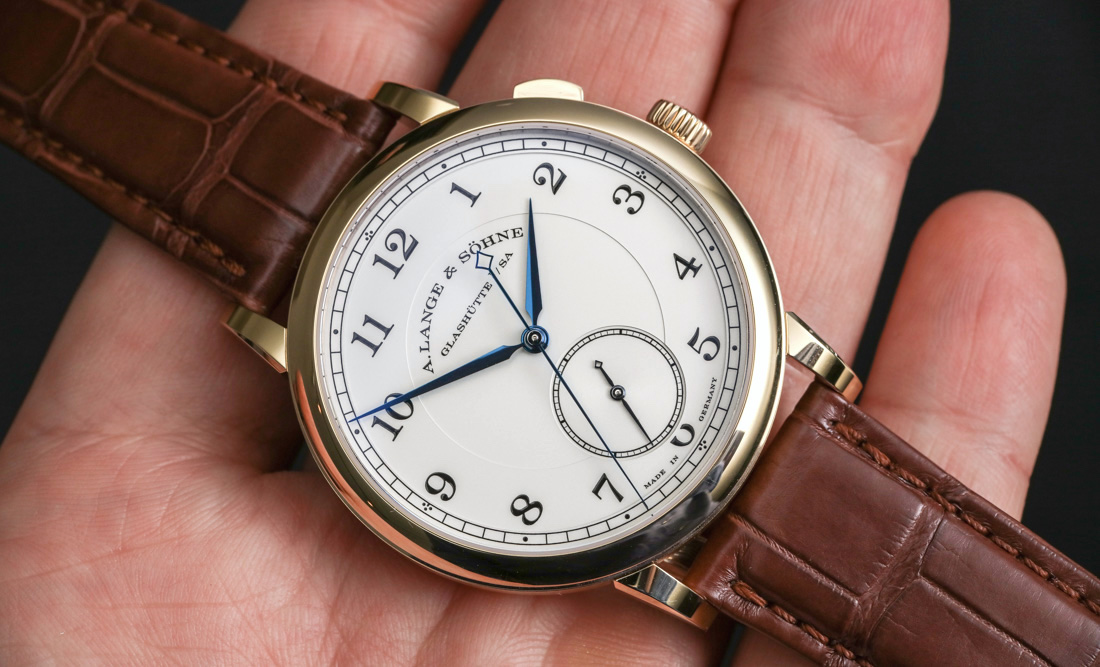 Exclusively for the serious watch collector, one of the most compelling watches (in my opinion) debuted at SIHH 2018 is the 1815 “Homage To Walter Lange” (originally debuted on aBlogtoWatch here) produced by Glashutte, Germany-based A. Lange & Sohne. The A. Lange & Sohne 1815 Homage to Walter Lange introduces a quirky complication in a very limited edition of timepieces meant to honor Mr. Walter Lange, who passed away in early 2017. The complication itself was originally created by A. Lange & Sohne’s namesake and original founder Mr. Ferdinand Adolph Lange in the mid 19th century, and is referred to as a “jumping seconds” indicator. More on how it works below.

Walter Lange’s biggest achievement was in reviving the A. Lange & Sohne brand in the early 1990s, turning it into a powerhouse of German luxury, helping to revive the village of Glashutte, and of course eventually being part of its eventual sale to the Richemont Group. Walter Lange and Gunter Blumlein revived A. Lange & Sohne almost immediately after the Soviet Union fell. Why does that matter? It matters because Saxony (where both Dresden and the village of Glashutte are located) were in former East Germany under GDR control. This was a Soviet puppet state and as part of communism, factories went from private ownership to state ownership – including factories that made watches. Glashutte’s watch factories were all seized by the government and it started to mass-produce timepieces that were mostly for local subsumption but some watches reportedly shipped to other parts of the world. Ironically, some of the most fashionable and quirky watches produced in Glashutte were during the communist-run period. 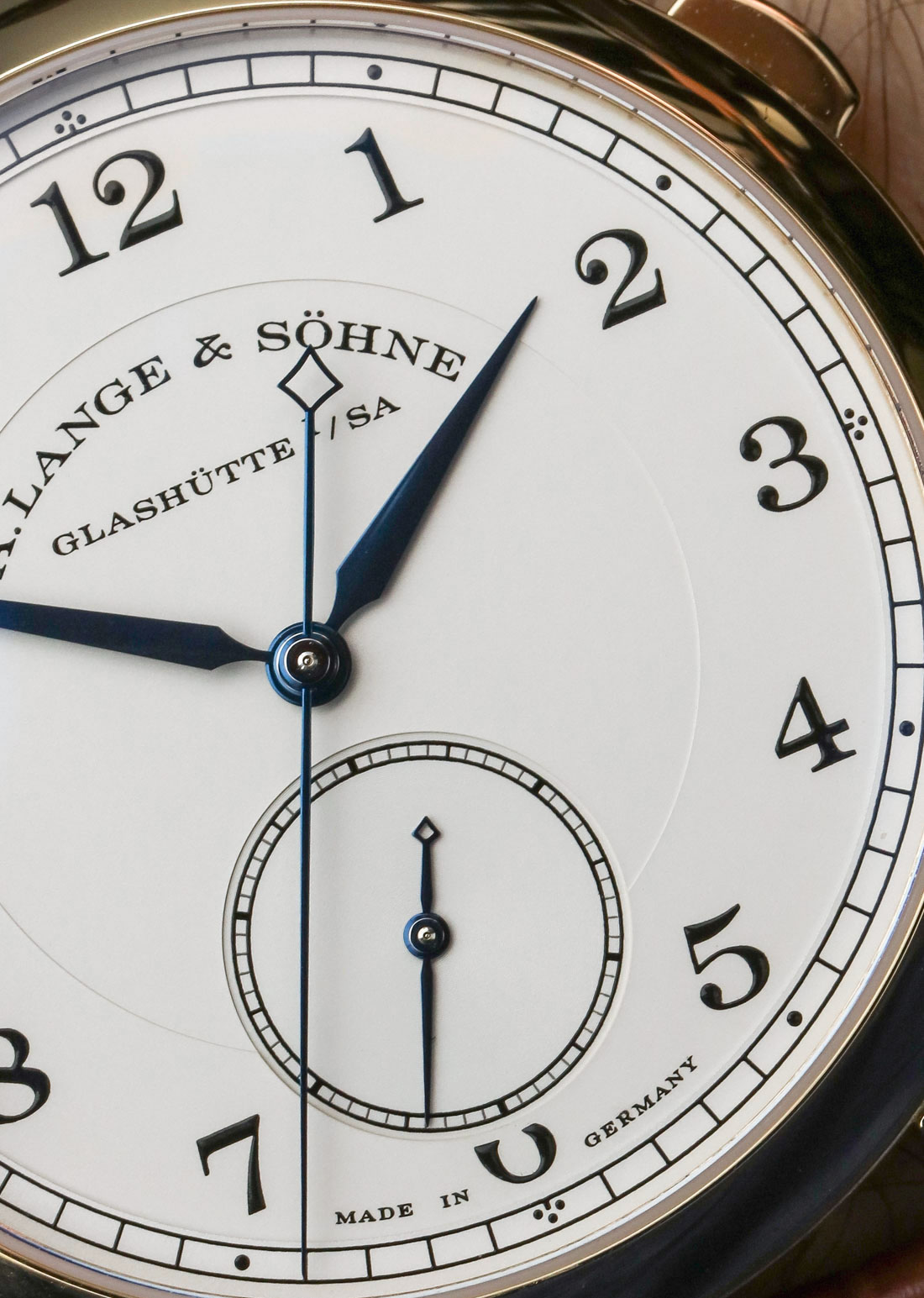 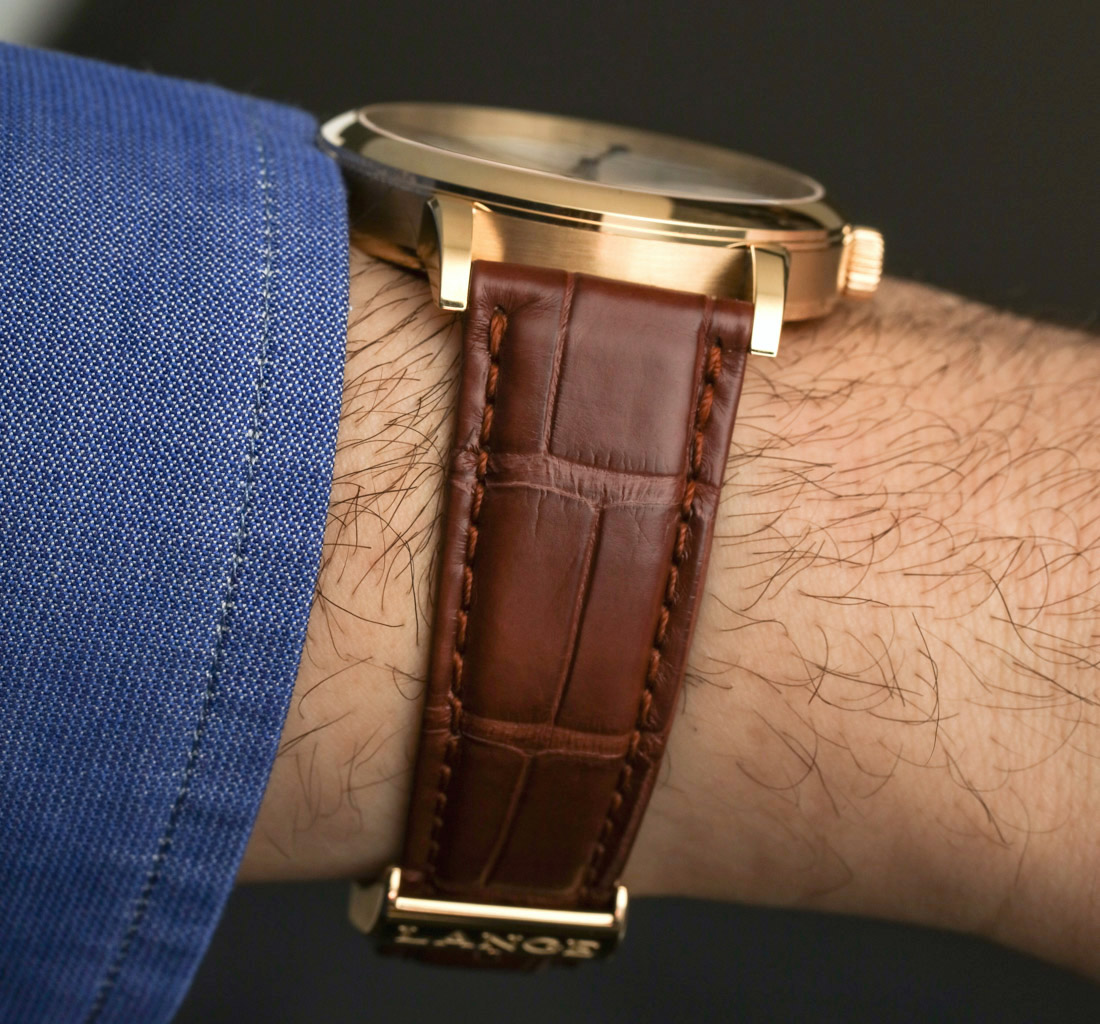 The fall of the Soviet Union and GDR meant that company owners whose properties were seized after World War II could (via their heirs in most instances) retake businesses that were in state hands for about 40 years. This is more or less what I believe happened with A. Lange & Sohne, and my understanding is that much of the thanks goes directly to Walter Lange who was the Lange family heir. I met Walter Lange on a series of occasions and even though he didn’t speak much English, he was easy to admire for his authenticity and zeal. One of my most striking memories of him was toward the end of his life when he was into his 90s, and seeing him traveling alone without help in the airport traveling from Germany to Switzerland. As far as I know he was involved with A. Lange & Sohne up until his very last days. 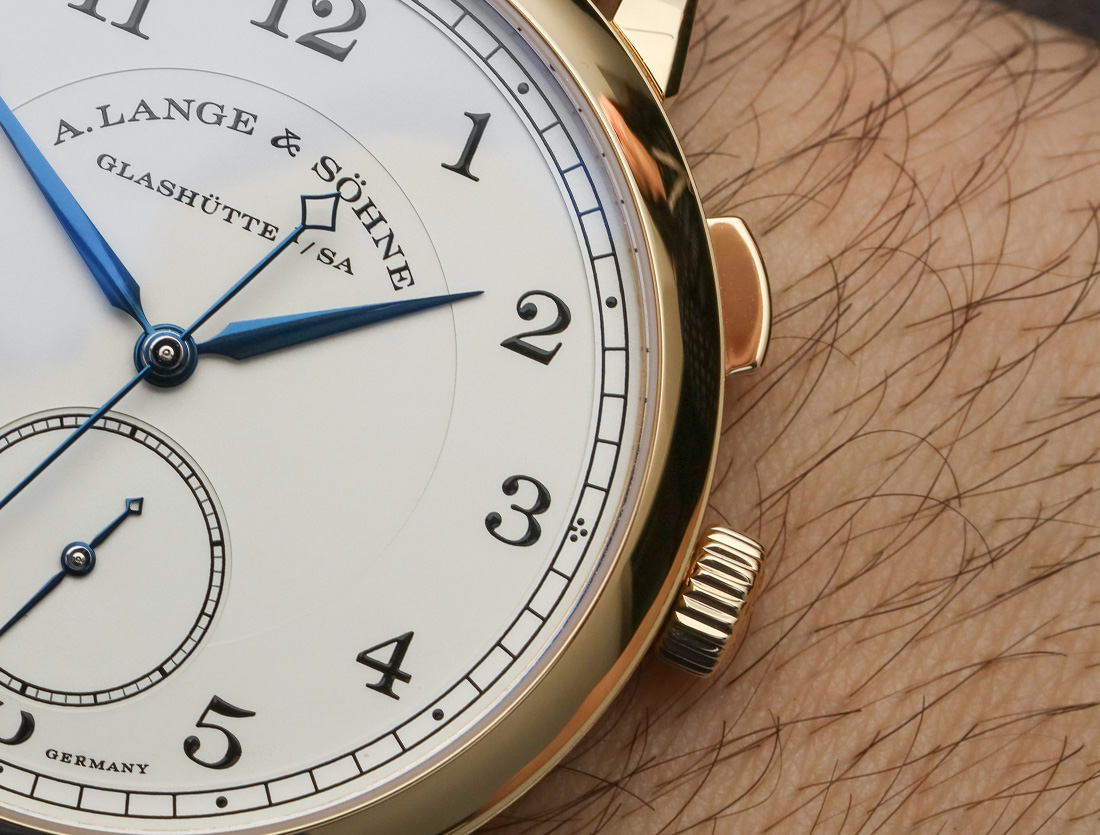 Flash forward to 2018 and I’m at SIHH in Geneva speaking with A. Lange & Sohne CEO Wilhelm Schmid about the new collection as well as the 1815 Homage to Walter Lange timepieces. Mr. Schmid in his characteristically good-natured manner exclaimed over the challenge it was to justify the 1815 Homage to Walter Lange projects. “This is not a commercial piece” was the gist of his statement meaning that the jumping second complication was entirely for a particular type of serious collector enthusiasts and not the mainstream luxury watch buyer. “But you’ve made the luxury watch equivalent of a fidget spinner,” I remarked to him. Before he could respond I added that it was my favorite watch of the show to simply idly play with. “How often do you find yourself just sitting there winding the crown of your watch” while you are in a meeting?” I queried him. He seemed to agree that such behavior was very common, and that activating and deactivating the jumping central seconds hand on the watch was even more pleasurable than winding a crown. So is the 1815 Homage To Walter Lange more than just an enthusiast watch? At about $50,000 a piece… you decide. Mr. Schmid is likely correct that most people examining luxury watches in a retail environment might not get the “point” of the product. 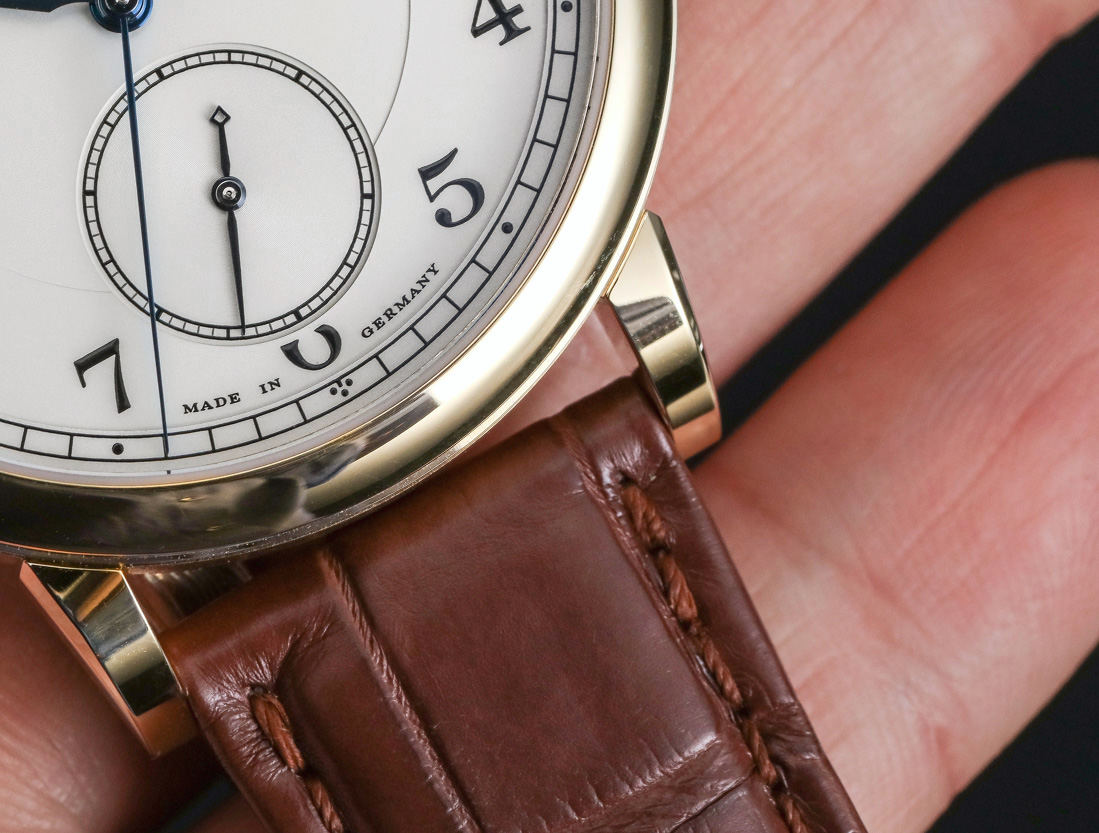 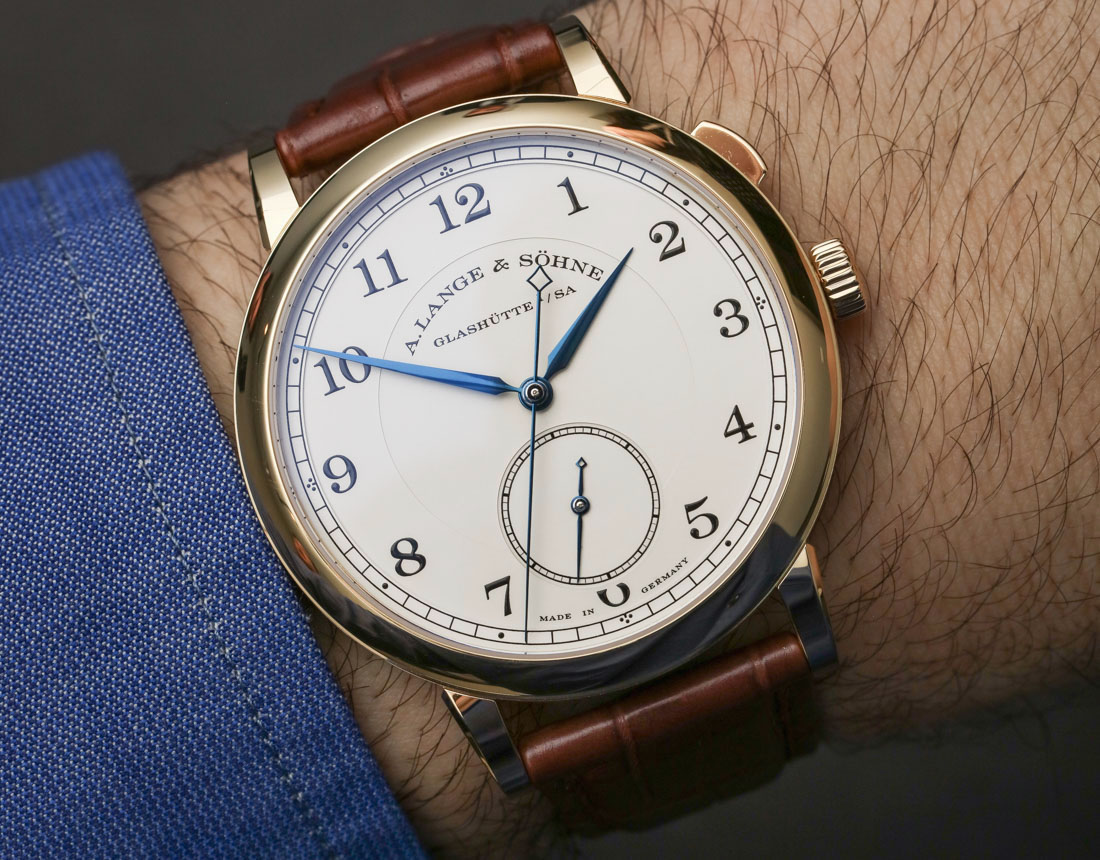 To most observers the 1815 Homage to Walter Lange (as awkward as the name is, it is still better sounding than “reference 297.021, 297.206, or 297.032”) watch looks like most other 1815 timepieces that only indicate the time. In fact, it is easy to do a double take in order to realize that something is… off on the dial. That’s right, the watch appears to have two seconds hands and a mystery pusher. Is it a monopusher chronograph? Well, sort of. Mr. Schmid also explained to me that people have been asking A. Lange & Sohne to produce this complication in a modern watch for a very long time. Being a brand (mostly) interested in practical complications (regardless of their luxury value), a questionably-useful “mini chronograph” doesn’t necessarily make for a compelling new product proposition. Though with some explanation I think you’ll agree that a jumping seconds complication does have both technical and utilitarian merit. That the movement looks cool certainly helps. Watch the video below from SIHH to see the timepiece in action (at about the 1:29 second mark). 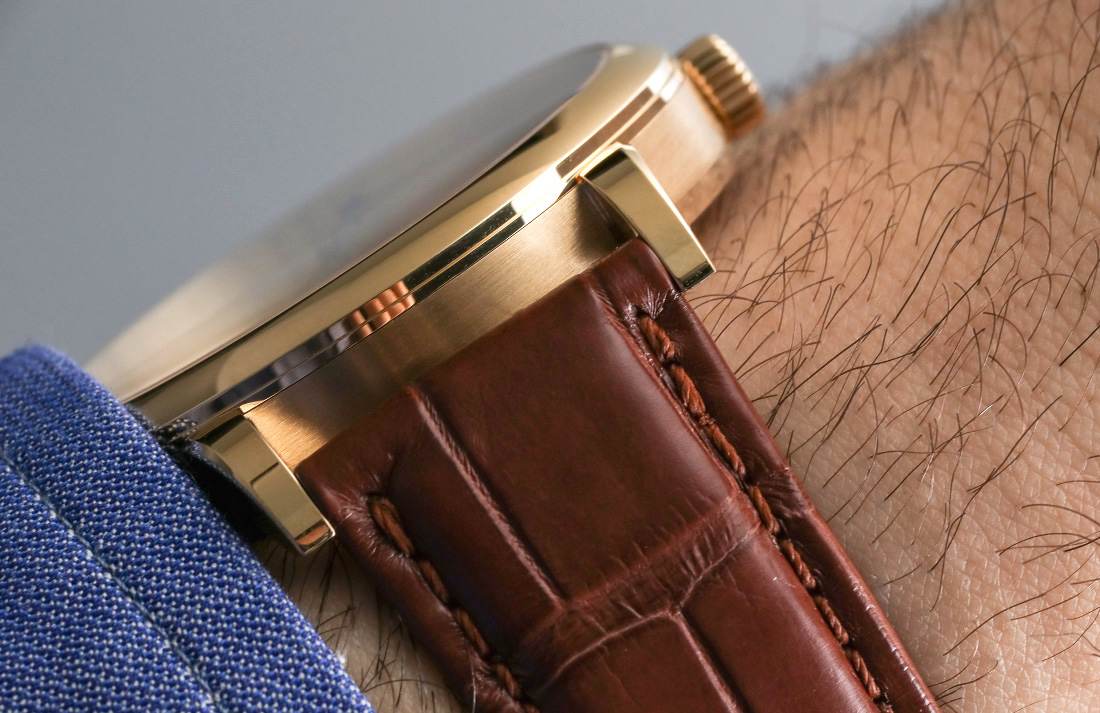 The value of the jumping seconds hand is in being able to measure short increments of time where knowing the precise number of seconds is useful. What happens “under the hood” of the watch in the movement in order to make this system work is actually rather complicated. Even though the jumping seconds complication is simpler than a traditional chronograph, assembling each one is the hard part, and a watchmaker likened the assembly complexity to that of a split second chronograph.