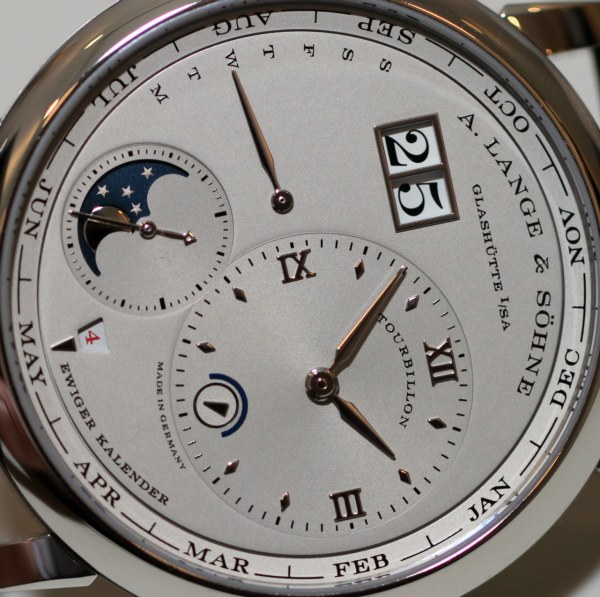 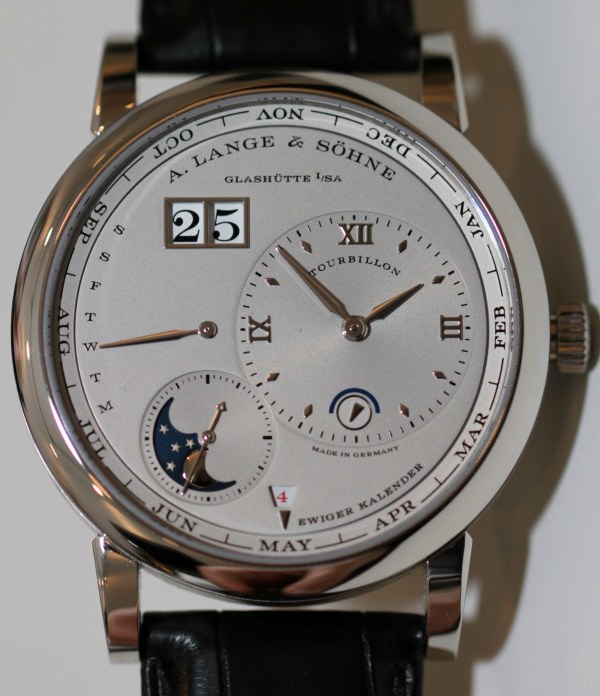 One theme I noticed at SIHH 2012 was a bit of a return to more classy connoisseur-driven high end watches. Brands like A. Lange & Sohne and Greubel Forsey released tourbillon based watches with tourbillons not visible from the dials. For Lange it is this highly useful and complicated creation that pulls at the heart strings of seasoned watch lovers and novices alike.

The watch is the A. Lange & Sohne Lange 1 Tourbillon Perpetual Calendar watch. It is actually one of three new Lange 1 timepieces for 2012 from the famous German brand. The watch is not only subtle in its use of a tourbillon but also its layout of the perpetual calendar. For the first time event the month indicator is displayed as a peripheral ring around the dial, with a small arrow at the bottom of the dial pointing to the current month. Right above it is a small window that continues the same triangular shape to indicate the leap year. The overall information presentation is quite elegant. 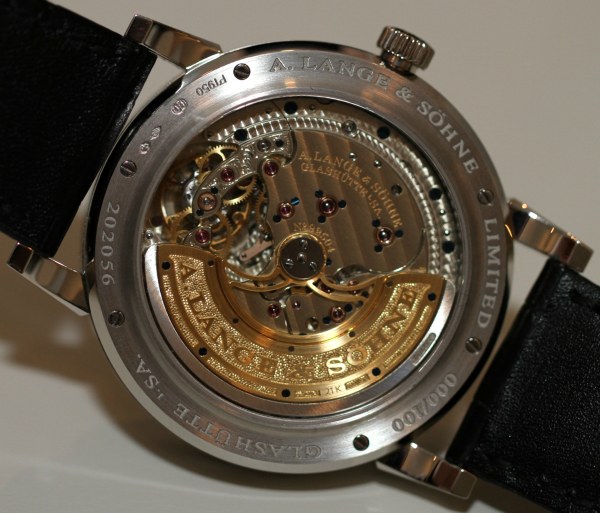 A retrograde indicator on the left of the asymmetrical dial displays the date of the week using just the first letter of the day, and there is Lange’s famous “outsize” (big) date indicator. The dial also has a day/night (AM/PM) indicator as well as a moon phase as part of the subsidiary seconds dial. All that alone would be enough to make it a superb watch. Though Lange being Lange needed to not only throw in a tourbillon, but make it an automatic as well. That latter piece of useful functionality really surprised and delighted many people as the brand is not known for typically producing high-complication watches that are self-winding.

Inside the watch is the in-house designed and manufactured Lange caliber L082.1 automatic movement. As an automatic it has a solid gold and platinum rotor that is centrally mounted. The tourbillon is placed under double balance cocks that are hand-engraved. In terms of most high-end watches that contain tourbillon movements, this one is pretty subdued and hidden – but you know it is there and working which is the important part. The movement has a total of 624 parts. 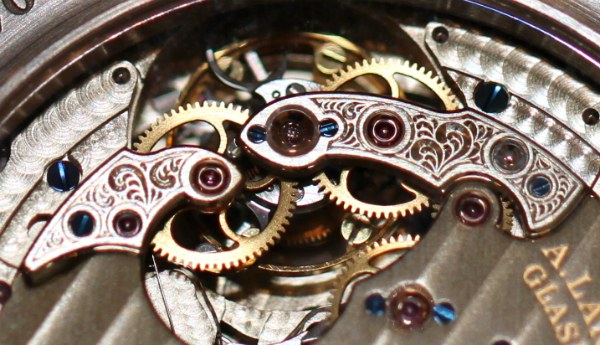 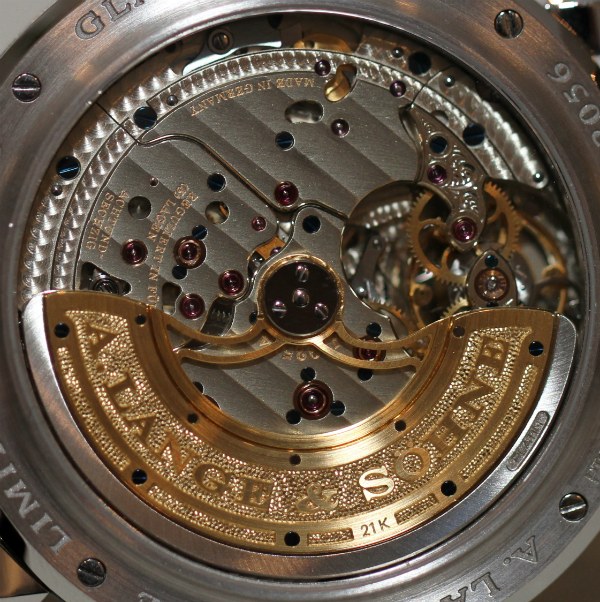 Functionally you already know what the movement does – and again allow me to add how happy I am that it is an automatic. Come to think of it, this is the first automatic watch I know of that has a rear-mounted tourbillon in the movement. The technical prowess of the watch is highly refined and meant to excite only the most veteran of watch lovers who can appreciate the craft and how this is in fact a subtle execution of luxury.

The dial is pure love for me. It is so simple to read and really builds on the core Lange 1 look and feel in a healthy way that is still true to the now mythical look. The case of the Lange 1 Tourbillon Perpetual Calendar watch is 41.9mm wide and offered in a case that is brushed on the sides and polished pretty much everywhere else. The case is about the right thickness at around 12mm. m For 2012 Lange will produce two versions. First is a limited edition set of 100 pieces in platinum. Next is a non-limited version in 18k pink gold. Really a treat and I am pissed I won’t ever be able to afford one.