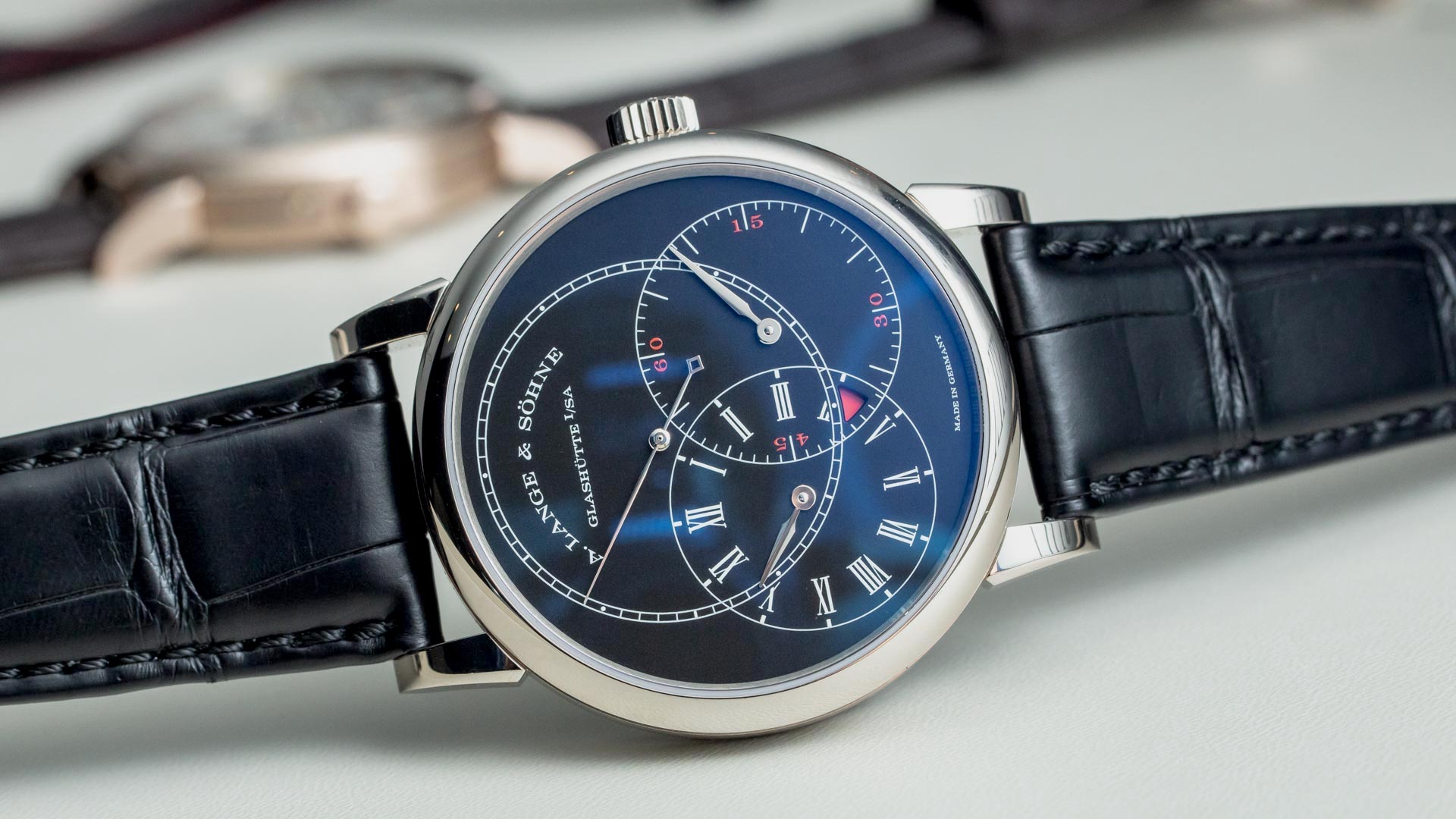 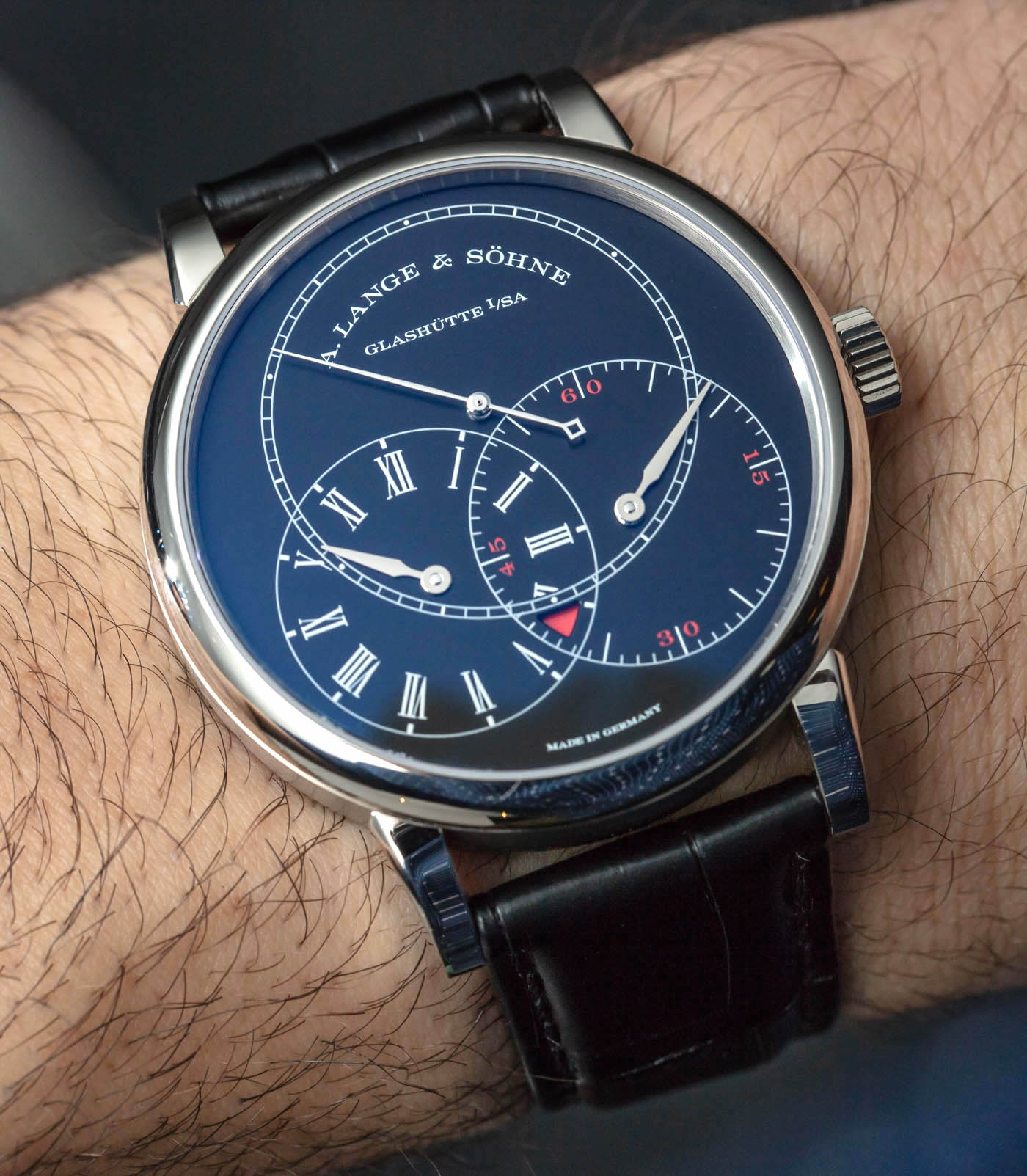 The latest version of the intellectually-stimulating (for watch collectors that is) A. Lange & Sohne Richard Lange Jumping Seconds comes with a rare black dial. It is the reference 252.029 and is one of A. Lange & Sohne’s new watches that was debuted at SIHH 2019. The Richard Lange Jumping Seconds (we went-hands on with an earlier model with a white dial here) is a peculiar watch if only because it is best appreciated by very seasoned watch lovers. German A. Lange & Sohne as a whole is a brand best-suited to mature collectors, but within the company’s product catalog there are more or less “mainstream” designs and mechanisms.

Let me give you an example. One of the defining characteristics of the Richard Lange Jumping Seconds is the inclusion of a jumping seconds hand. This isn’t the only jumping seconds watch produced by A. Lange & Sohne, as the historic complication has become (within certain circles) en vogue one again. Last year for example the Glashutte-based brand released the limited edition A. Lange & Sohne 1815 Homage To Walter Lange that also has a jumping seconds hand. Jumping second hands “tick” as opposed to “sweep” across a watch dial. Jumping hands look a lot like the ticking hands on quartz watches. The reason for this ironic is that mechanical watch collectors often want it to be clear that their “wrist investments” are more expensive than more pedestrian quartz watch. This means that a number of people seeing a ticking hand on an otherwise fine timepiece might get confused. They might even think it is a fake. 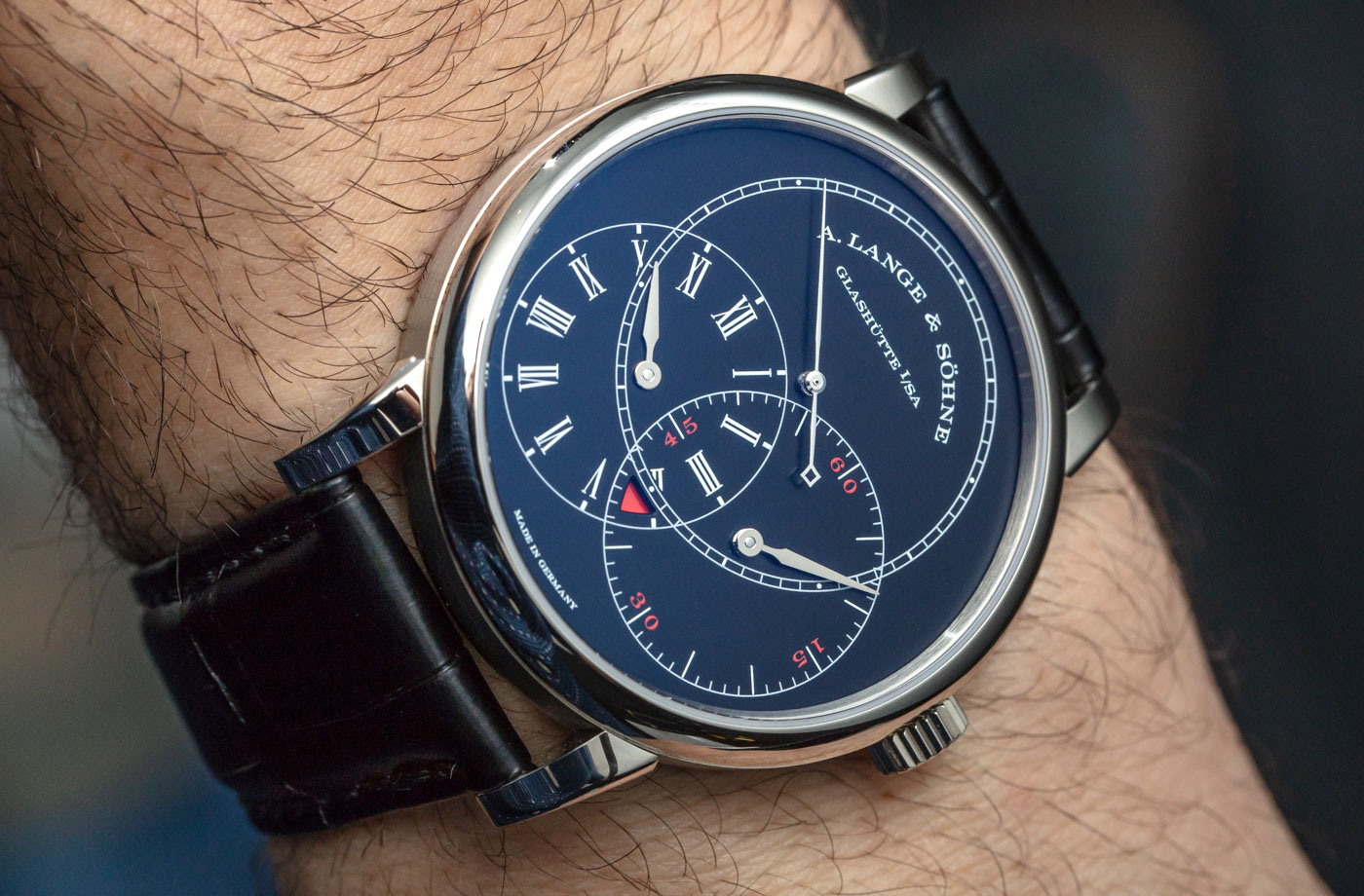 The implication is that only the most seasoned and sophisticated watch collectors understand what a jumping hour hand is on a mechanical watch as well as has the confidence to not care if someone misidentifies their timepiece. With that said, buyers of A. Lange & Sohne watches are among the most discreet high-end watch wearers so it fits within the “stealth wealth” ethos of the brand to produce something as quirky as a 70,000 Euro-plus watch that has a ticking-like seconds hand.

Now let’s look at the regulator-style display of the watch that features three overlapping subdials (for the minutes, seconds, and hours). This design was more or less pulled directly from a historic pocket watch with a similar dial that was produced in the Glashutte region. For many applications, separating the dials for the hours, minutes, and seconds can make reading a watch more precise. Today the layout of three overlapping subdials is mainly for style – but it has roots in utility and experimenting with what types of watch dials are more effective or easy on the eyes. 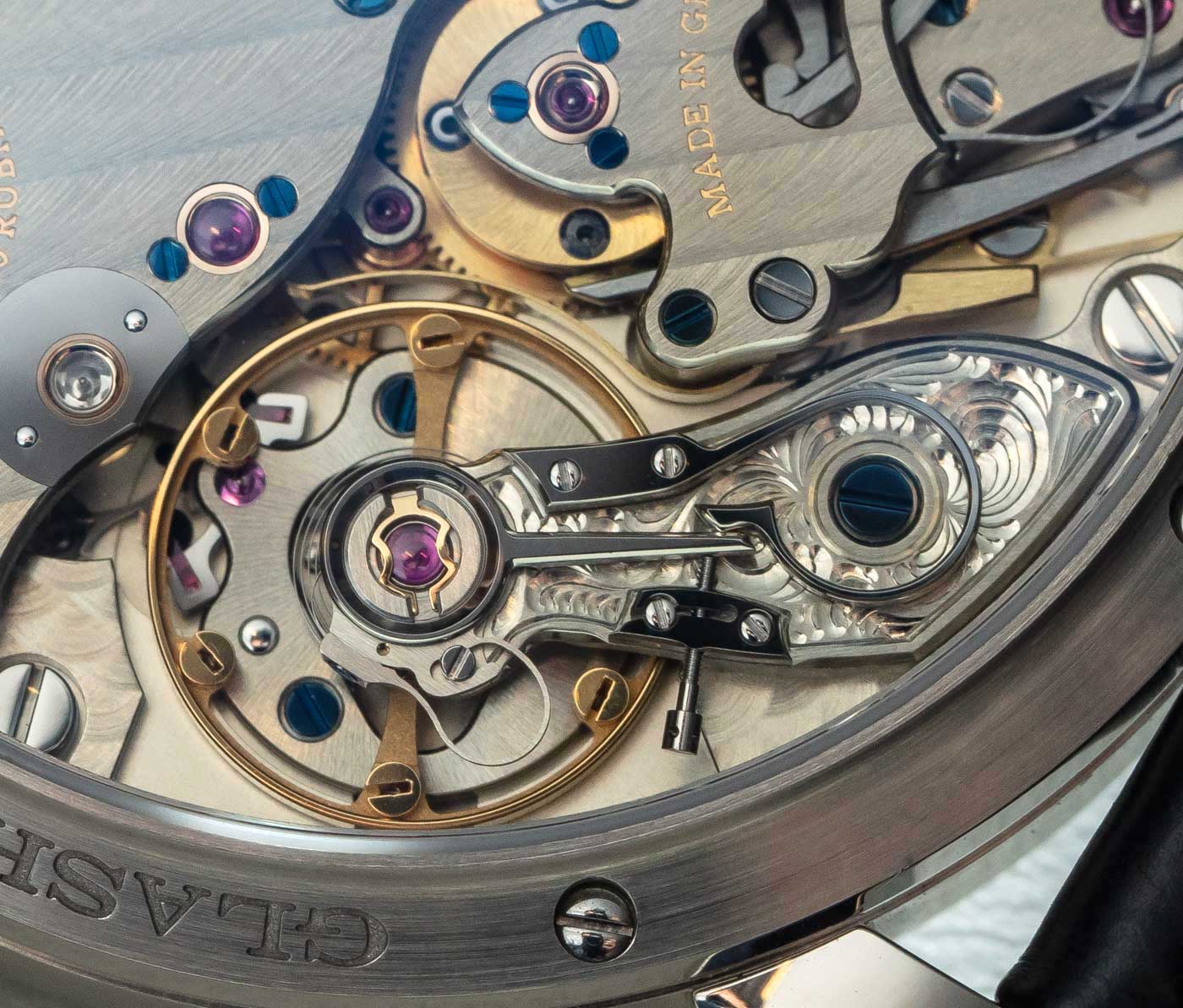 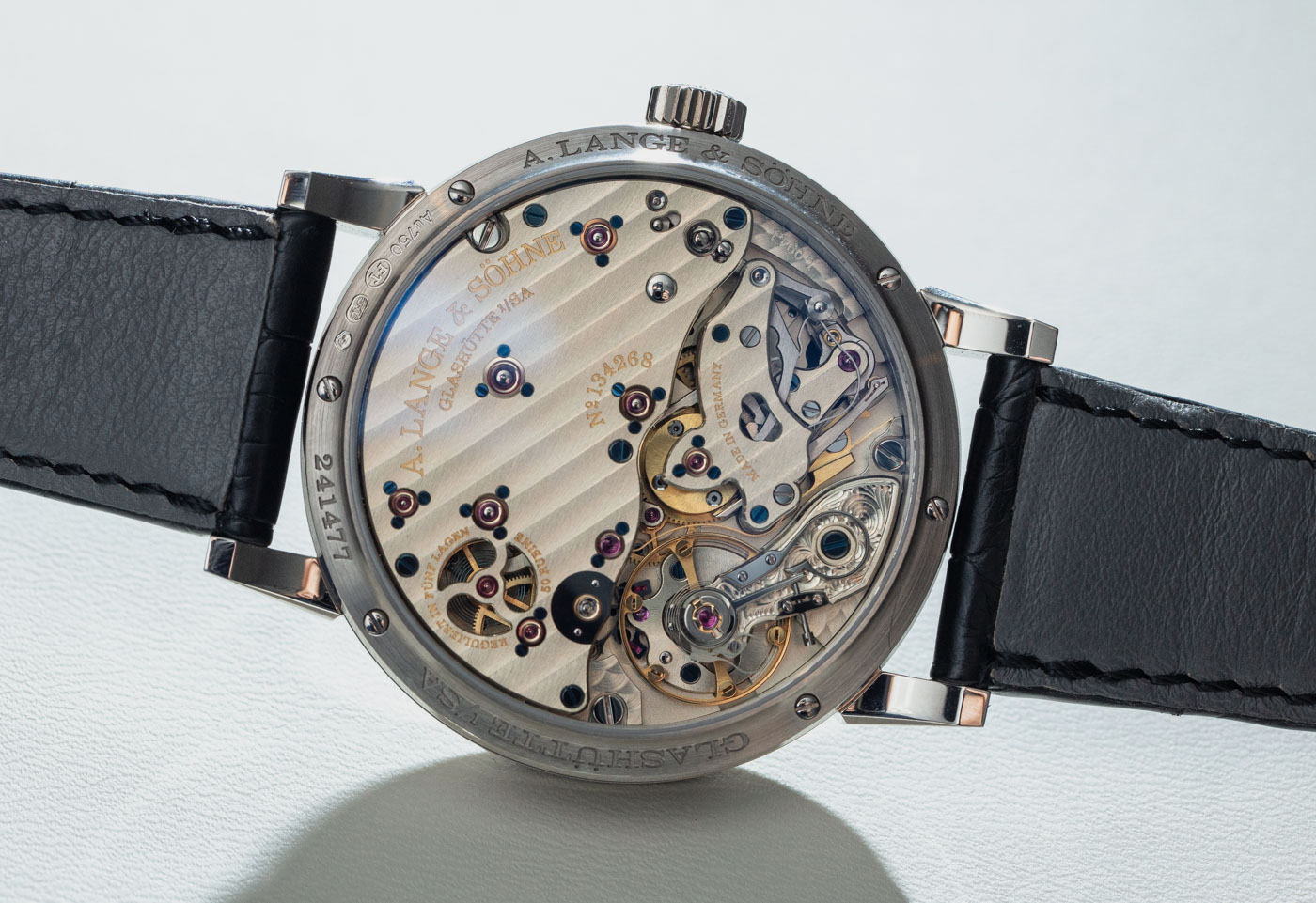 The largest of the three subdials is for the seconds, which is where the user will see the incredibly precise action of the jumping hand as it beats directly on the marker. Note the small window close to above where 6 o’clock where A. Lange & Sohne developed an AM/PM indicator which displays red or black depending on the time of day. What is really new for the Richard Lange Jumping Seconds 252/029 for 2019 is the dial color. Black dials are rare for A. Lange & Sohne watches if only because they present a challenge when it comes to legibility. Lighter dials produced by the company benefit from the high contrast of their blued-steel hands (for example). Here we have a matte black dial produced on a solid silver plate with polished 18k white gold hands.

The case itself is 39.9mm wide and 10.6mm thick in 18k white gold. The small hints of red on the dial are sports and remind the wearer that at its core this watch is meant to remind the user of antique scientific observation equipment. Today this is more or less a tuxedo or dress watch for someone who wants plenty of opportunity to tell stories about their wrist watch. What Lange misses a bit on this model is the flawless legibility of some of their other watches. Black dials with thin polished hands typically have issues being read in direct light. A. Lange & Sohne handles this combination of materials and finishes about as well as can be expected, but I would have liked the hands to be white in order to promote legibility and to match the color of the hour markers and indexes otherwise. 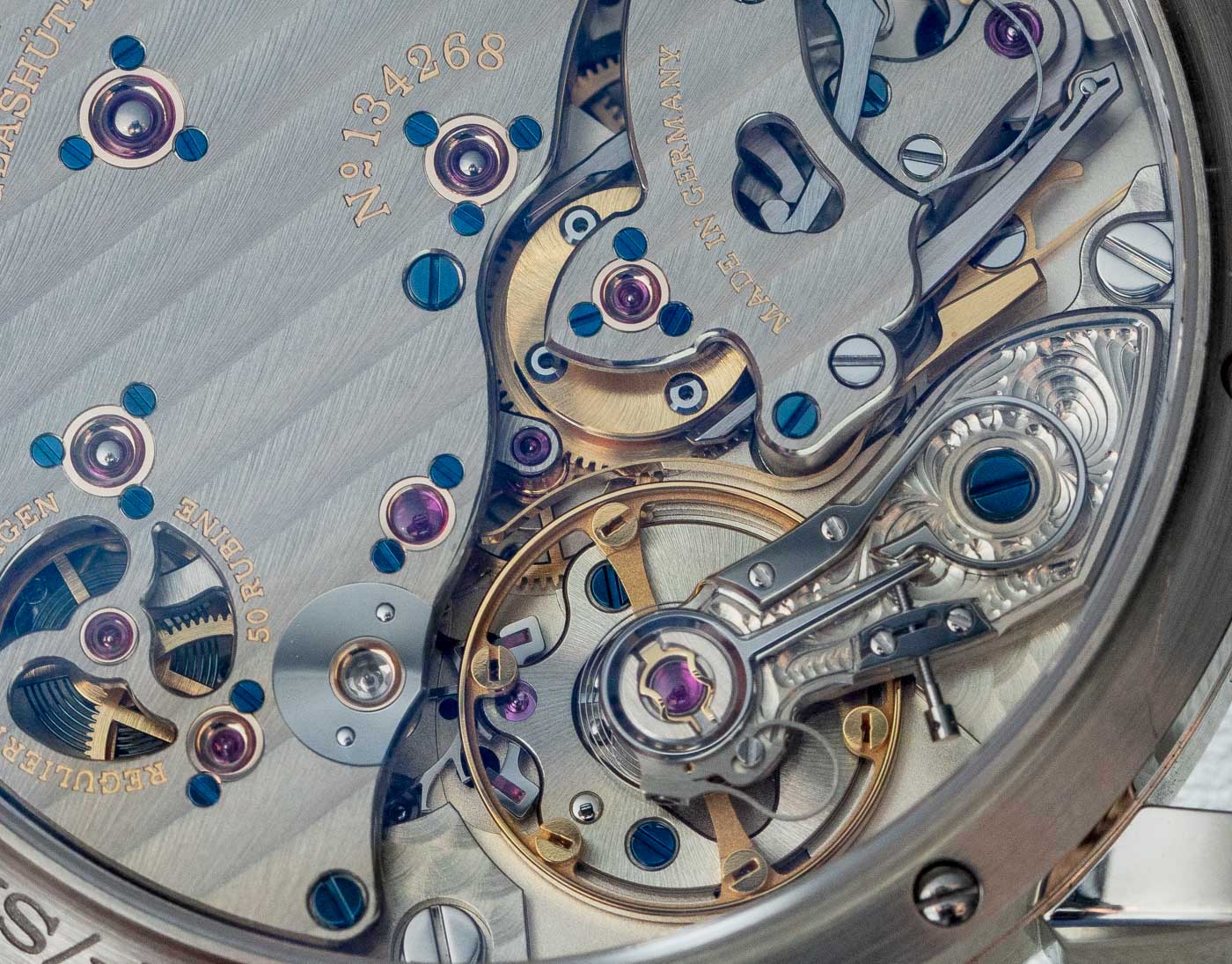 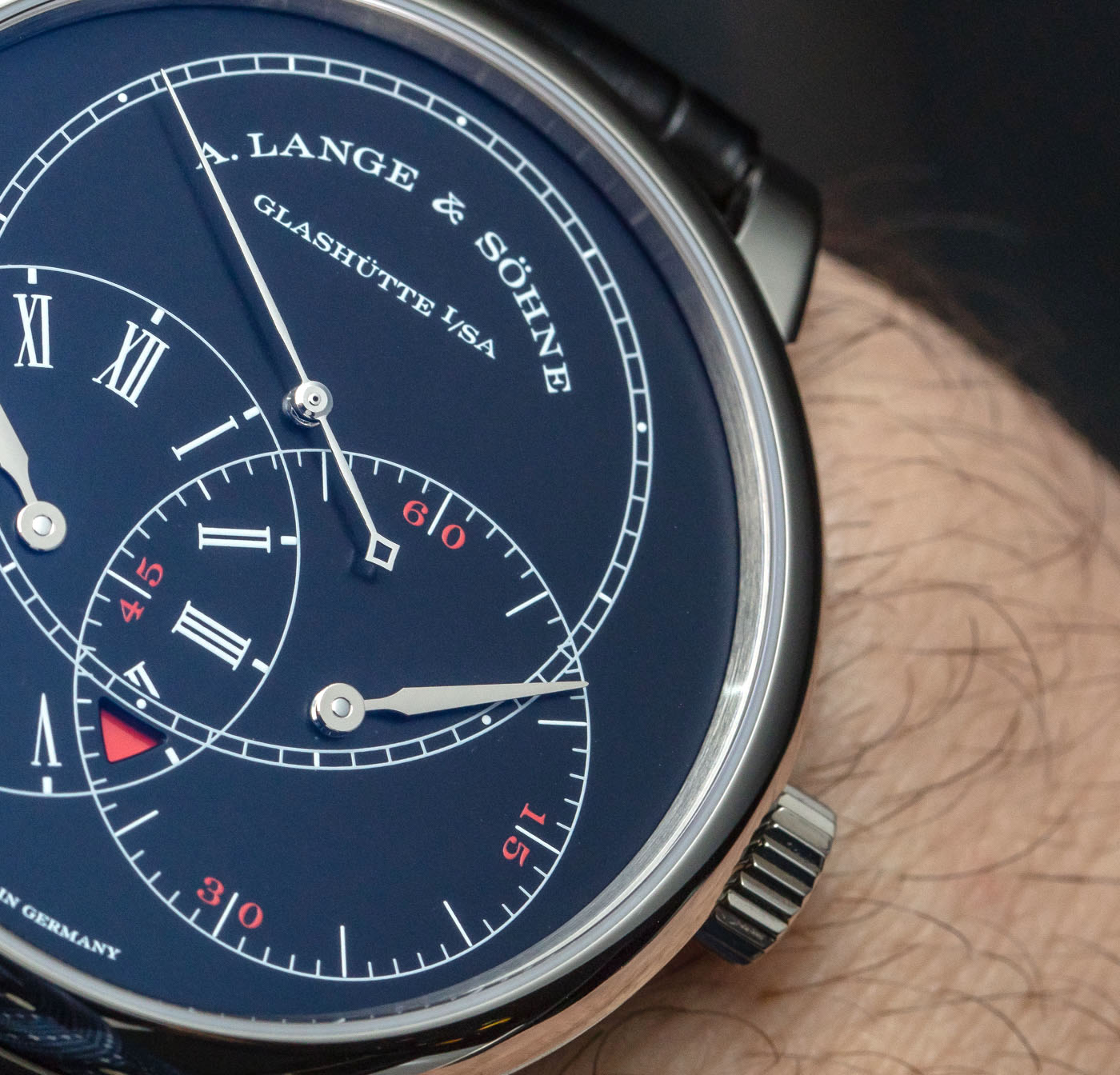 Wearing comfort is very high and the case quality and overall execution are typically top-notch. Turn the Richard Lange Jumping Seconds watch over and the in-house made and decorated caliber L094.1 merrily greets you. Polished lines on the German Silver bridges meet the hand-engraved balance cock for a thorough high-end brand experience. The manually-wound movement operates at 3Hz with about two days of power reserve. Given that the movement doesn’t indicate the time as is “normal” in most other watches, you can see some special mechanics at play in the assembly of the movement which are responsible for the regulator style display as the jumping second system.