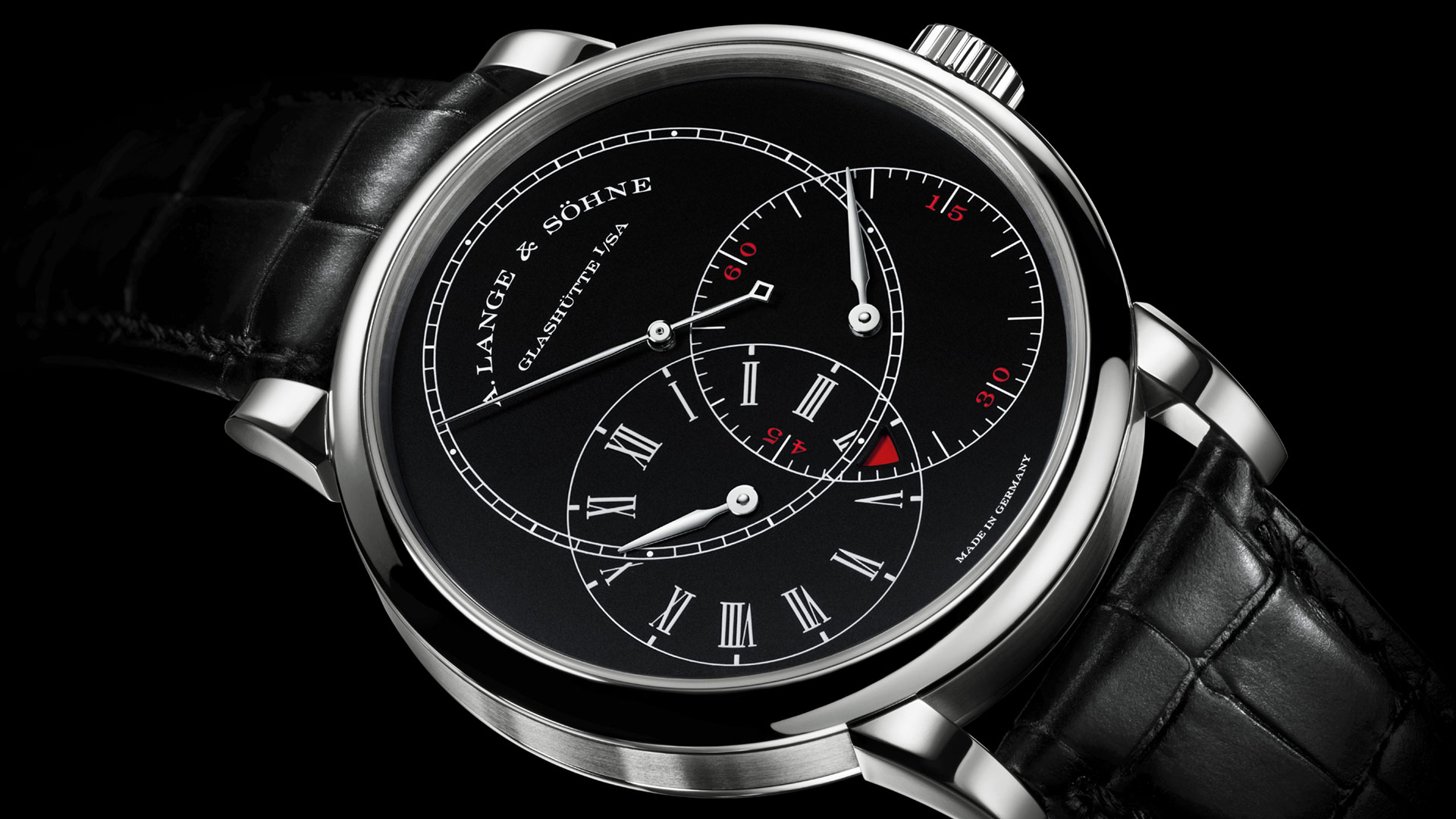 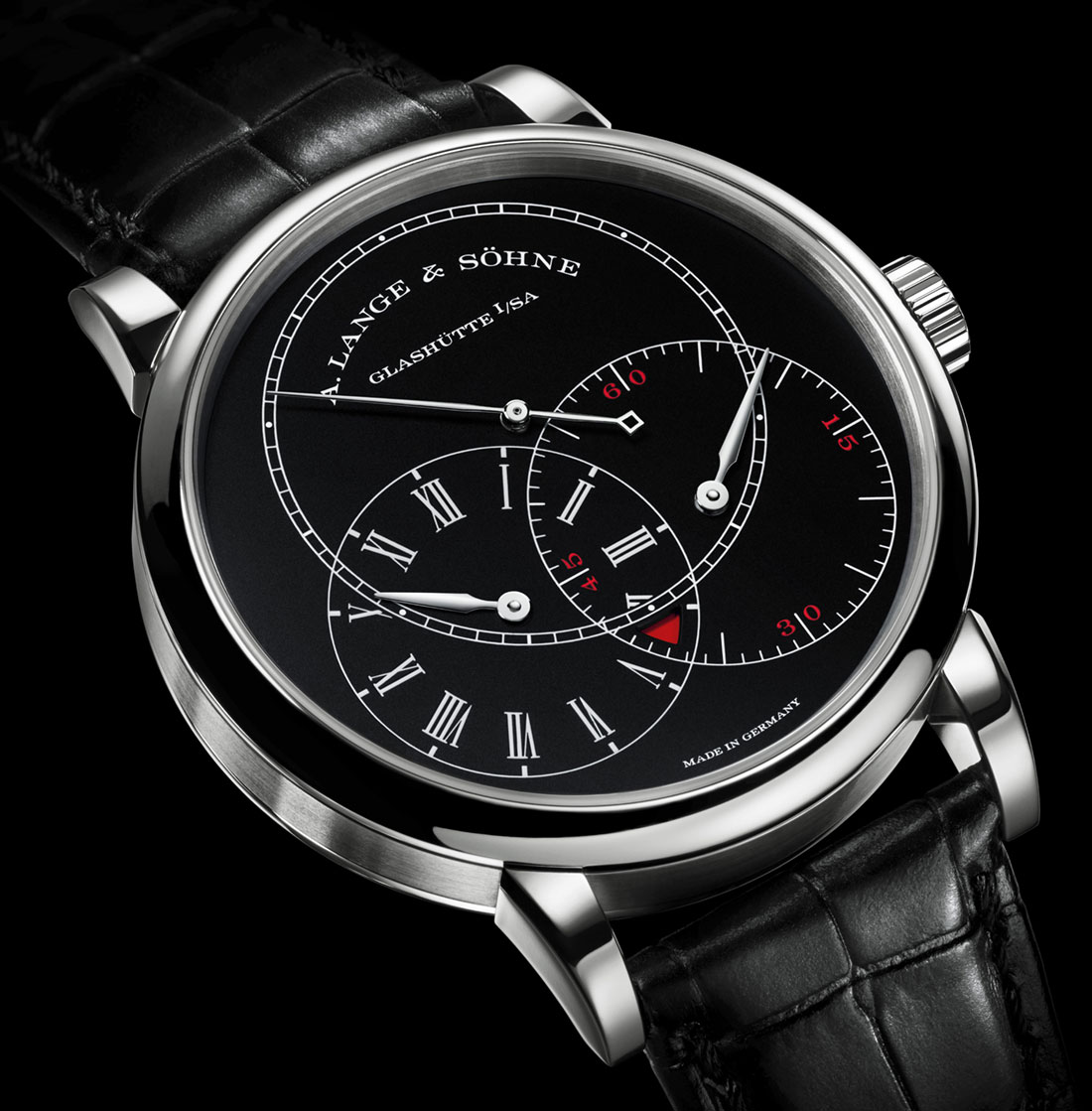 German brand A. Lange & Söhne is just one of those brands that you can reliably expect to be impressed by; they have a reputation for crafting highly complicated watches to the highest level of quality and refinement. This year we see a number predictably lovely pieces, among which is the A. Lange & Söhne Richard Lange Jumping Seconds watch in a new configuration sporting a black dial and white gold case. We saw the white-dialed/platinum-cased version hands-on here when it came out in 2016. The jumping seconds complication is prominently featured in the middle of this regulator-styled dial with the minutes and hours shown below in smaller subdials. This Richard Lange piece also features a power reserve indicator nestled between the two lower subdials. As the power runs down, the small triangle will transition from white to red indicating that it’s time to wind it up again. 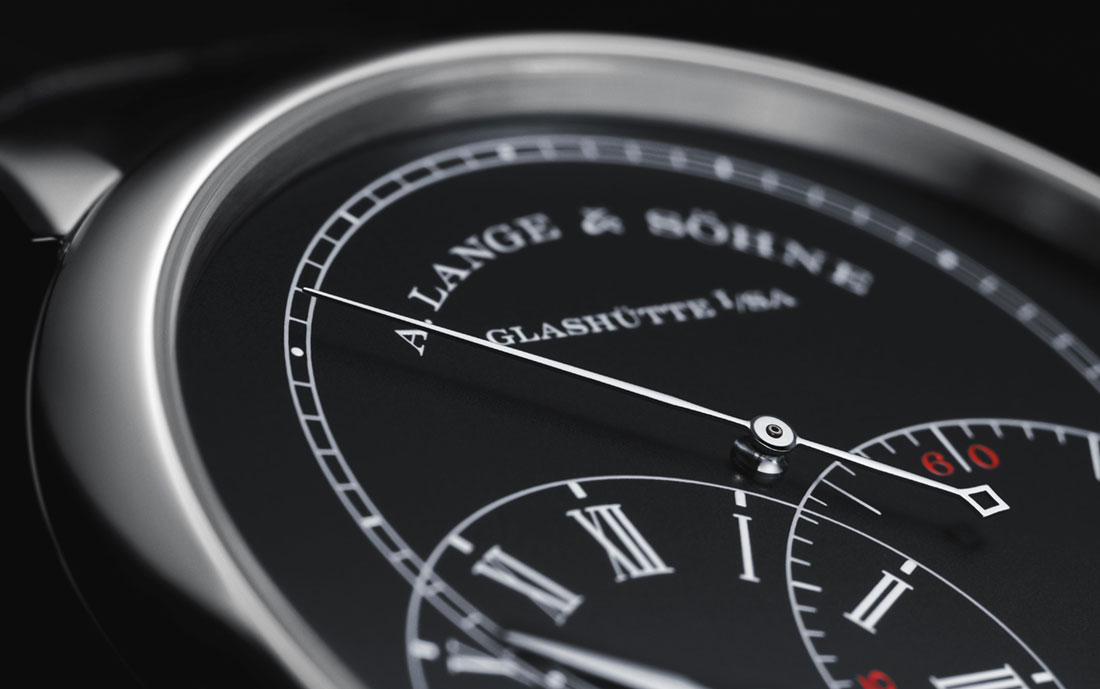 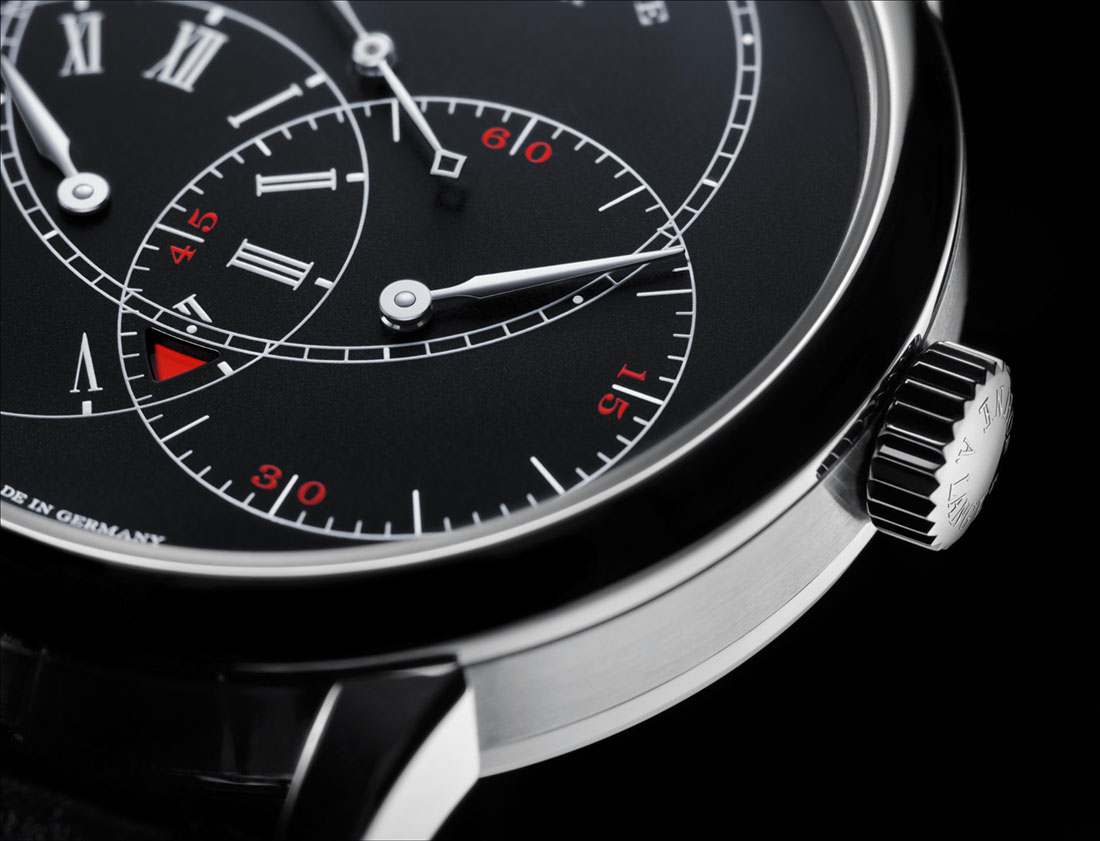 This watch features a whole lot when it comes to horological functionality. The movement is also driven by a constant-force escapement, meaning that the diminishing power from the mainspring is metered out in identical bursts of energy to the escapement thus facilitating the jumping seconds, but also offering a high level of accuracy. Piled on top of that, A. Lange & Söhne has included a zero-reset feature, meaning that when the crown is pulled out the seconds hand snaps to zero allowing the watch to easily be set again. As a mechanical watch nerd and complication enthusiast, all of this is infinitely interesting and appealing. I imagine that my workday would become extremely distracted as I played with and adjusted this timepiece. 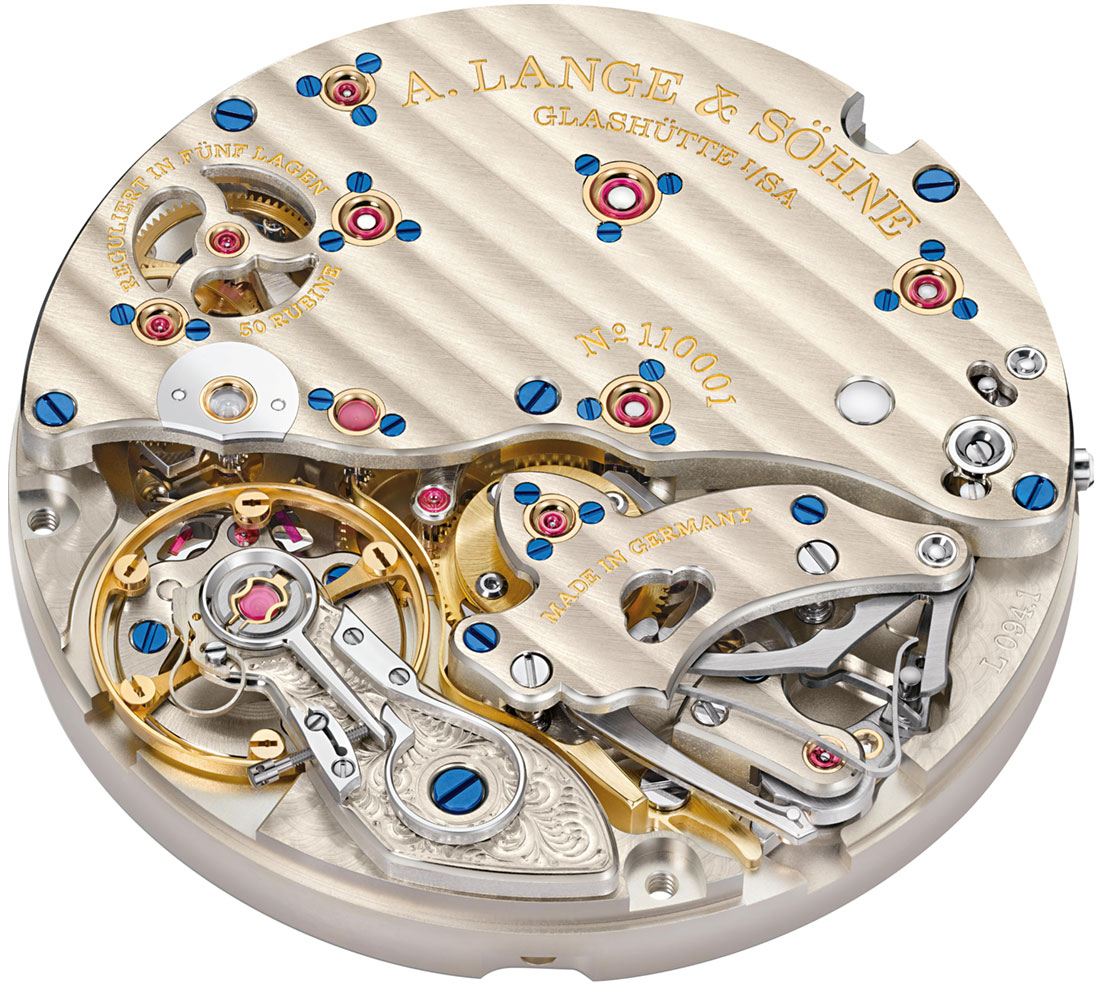 Aesthetically, I love that they are offering the Richard Lange Jumping Seconds watch in a new colorway, and in a new case material. The contrast between the white markings and the deep black dial with tiny pops of red are attractive to me – granted that this is a watch I’m likely never to own. The Bauhaus design overall simplifies a piece that could become really out of hand if not tastefully managed, but A. Lange & Söhne has done this well. 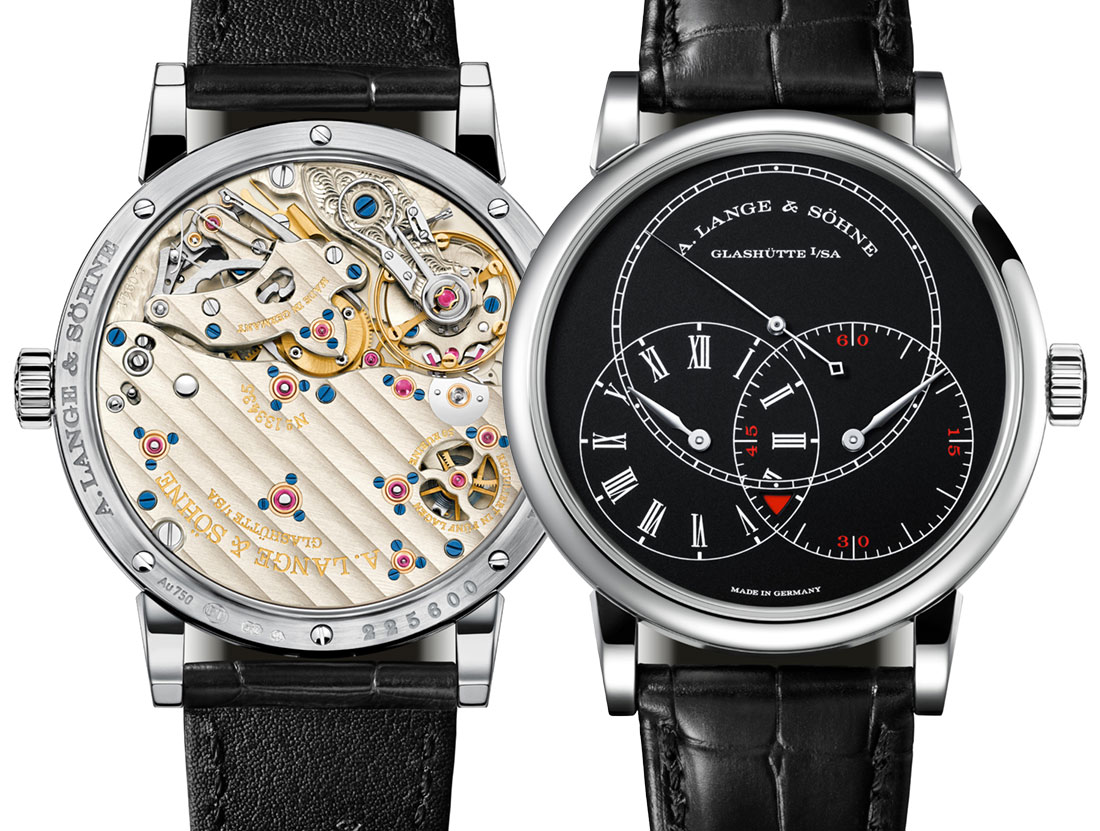 As stated earlier, this is not a new watch from A. Lange & Söhne, but it is a new colorway and offers collectors another opportunity/excuse to acquire one of these pieces. This is a brand that does ultra-high-end well, and the Richard Lange Jumping Seconds watch is no exception. The previous platinum version of this watch was produced in an edition of 100 numbered pieces, so I think it’s safe to assume we’ll see something similar for this version, but A. Lange & Söhne has not released the edition size or price yet. For additional details head on over to alange-soehne.com