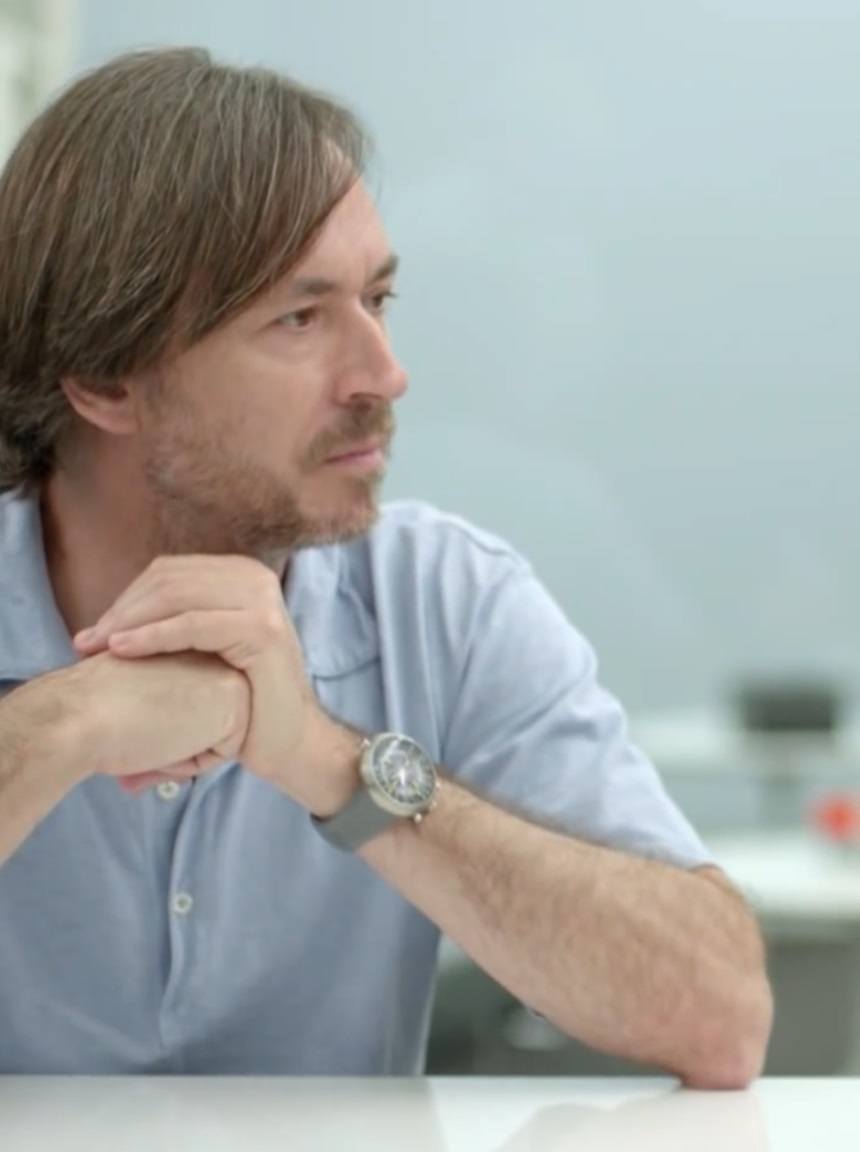 Big news today as Apple has announced its official hiring of Australian designer Marc Newson, who will work directly with Apple’s head of design (Sir) Jonathan Ive. My understanding is that Newson will retain his ability to work with third party clients, but don’t expect him to be designing watches for anyone else. Apple hasn’t specified what Marc Newson will be working on specifically, but I believe it is safe to say that his first major projects will be on the iWatch (or iTime, or whatever Apple decides to call its upcoming smartwatch device).

Of course, the big question everyone has is whether or not Apple will announce a smartwatch device next week during their annual new product announcement conference. Many people seem very confident that Apple will release a smartwatch this year or in early 2015, but I am not so convinced. Not only do I think the battery technology doesn’t exist to have the type of time between charges that Apple expects, but a slew of recent new hires over the last few months makes me doubtful that Apple already has a full featured smartwatch product ready to go for 2014. I simply feel that more time would be necessary for research and development before a smartwatch product is ready.

Apple also knows that the expectations for its smartwatch product are extremely high, not only in functionality, but also design and utility. Can you imagine adopting something like an iPhone with its current manufacturing techniques for your wrist? The thin metal case and screen would break in a few days given what most traditional wrist watches are subject to. Apple has a lot to learn about producing a piece of consumer electronics that puts up with the abuse of daily life on your wrist. 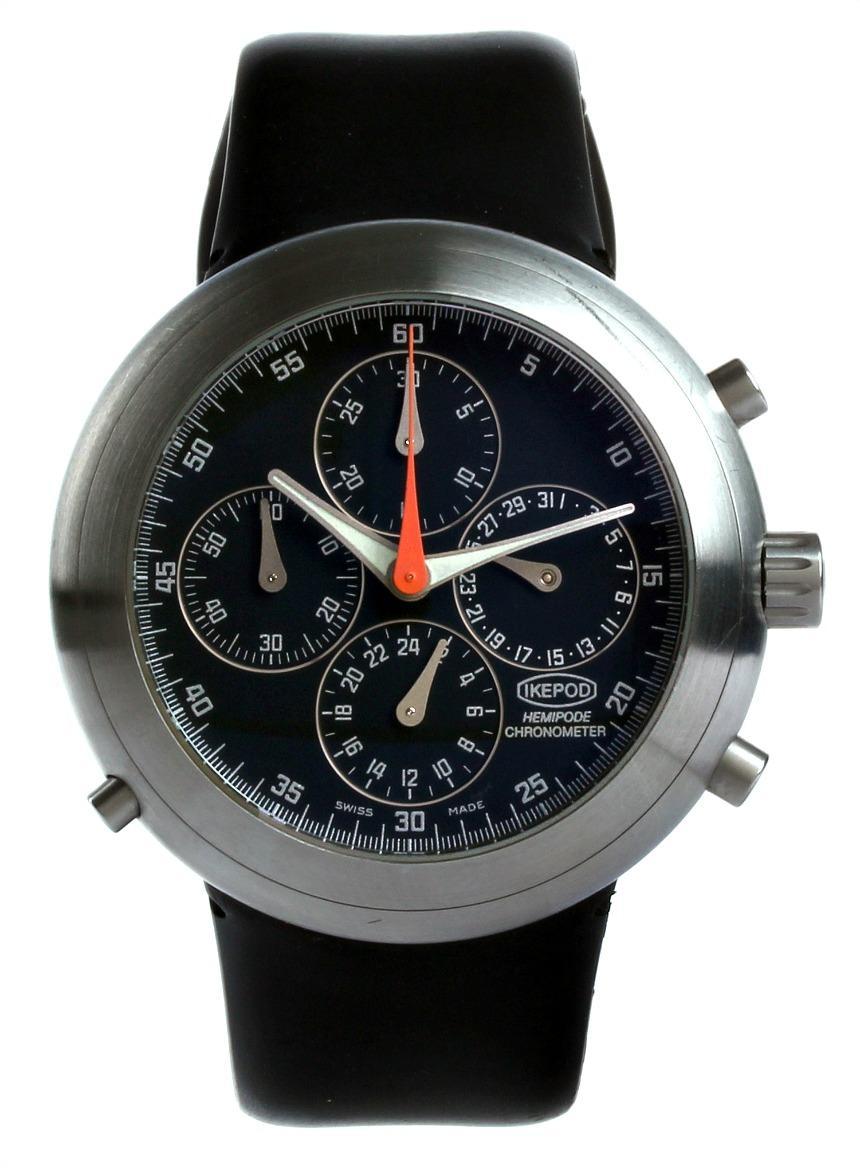 Enter Marc Newson, who compared to Jony Ive, is a watch industry veteran. Not only does Newson have a wealth of experience with the brand Ikepod that he co-founded and designed the products for, but he has also worked with other watch industry clients such as Jaeger-LeCoultre (doing mostly clocks). In these screen shots included in this article is Marc Newson speaking with Jony Ive when they worked together for a charity auction with Sothebys. Newson is wearing one of his Ikepod watches, while Ive has naked wrists. Ive and Apple together realize that a wrist watch isn’t just a gadget for the wrist that must look nice, but involves important considerations such as fashion, lifestyle, durability, and comfort. The last thing people want is an Apple-branded plastic bracelet that allows them to control their music and receive incoming text messages on their wrist. There are plenty of other products that already do that.

While Apple’s software engineers are busy focusing on the reliability (such as ensuring the device will consistently connect with an iPhone or other device) and utility of a smartwatch-style product, people such as Newson and Ive will focus on what the user interface is like, and ensuring that design and material conscious consumers (which is most of them) will be presented with a product that they actually want to wear, is durable enough to put up with normal life, and is produced from materials that they aren’t embarrassed to wear or be seen with. The electronics industry loosely refers to this concept as being a “premium product,” but when it comes to something you wear on your wrist, the bar has been set very high. 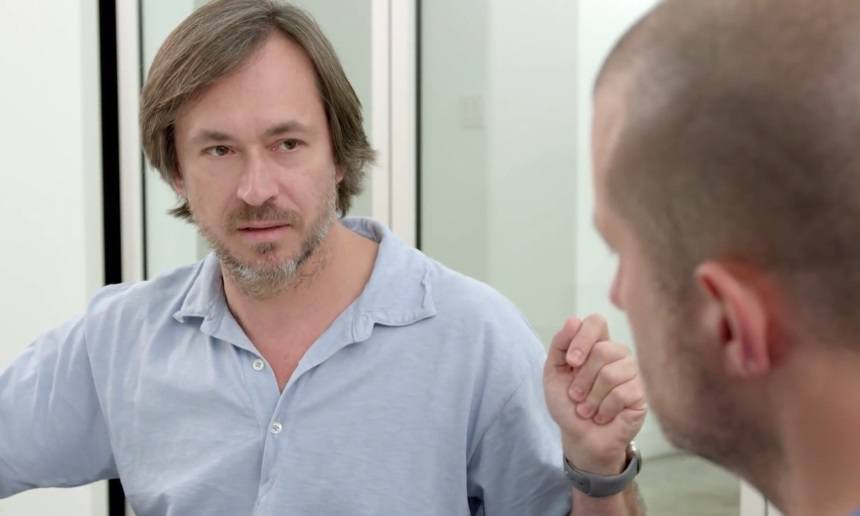 Marc Newson is a logical hire for Apple given a shared design aesthetic and approach to simple functionality. Newson also adds a highly respected name in the luxury space which should keep consumer attention high as Apple will likely need to take longer with its development of a full featured smartwatch product. It is more likely, in my opinion, that if Apple releases a smartwatch device next week it will be a bridge product that is more like a bracelet and isn’t meant to replace a watch, but rather compliment it. It would be part of a longer road to a more useful and independent smartwatch device that could be a disruptive and widely adopted wearable electronic communication device. We will wait and see what happens next with Marc Newson and Apple.