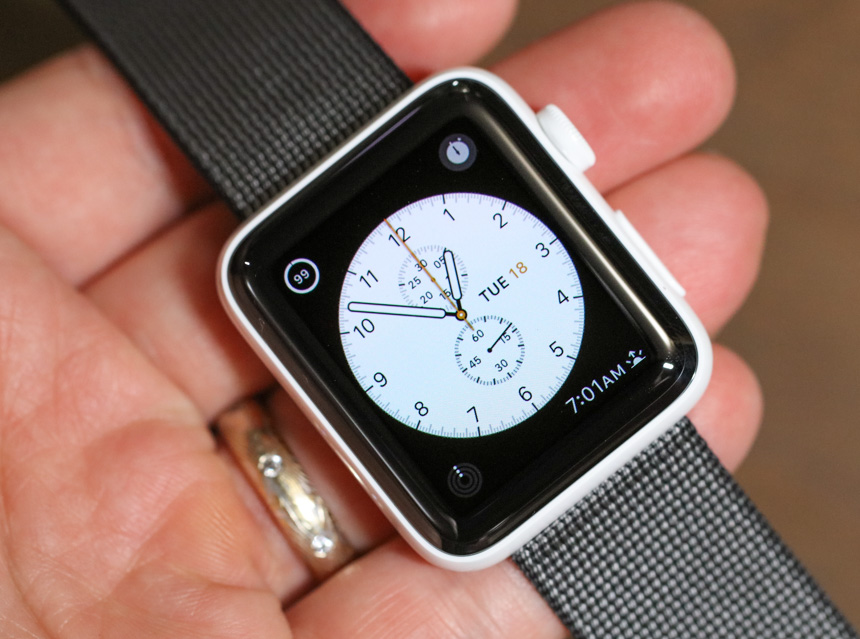 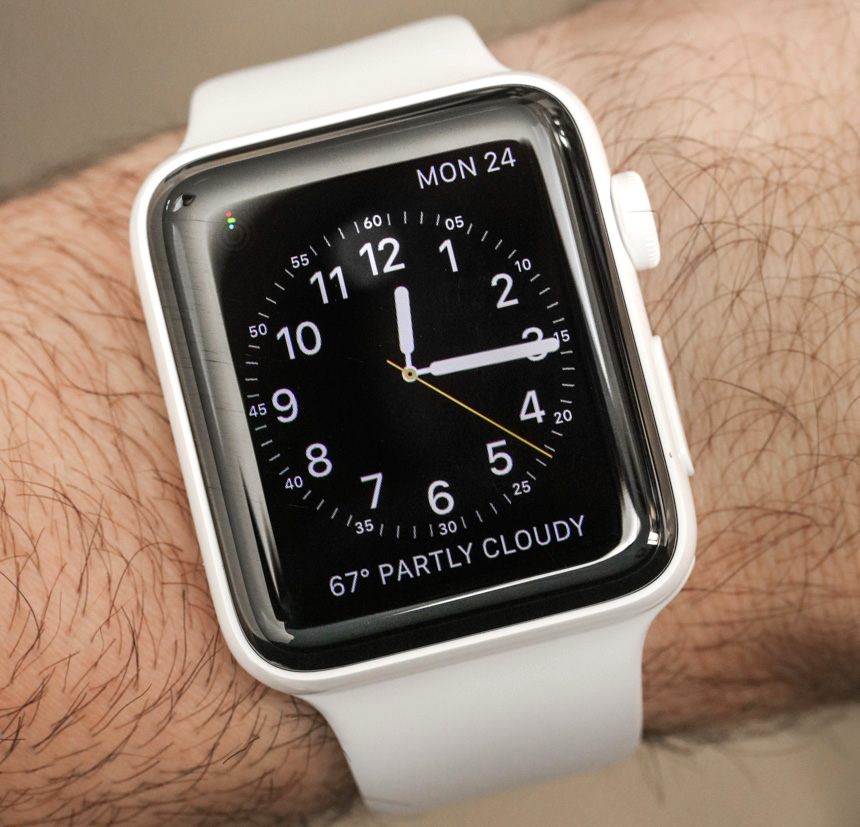 The Apple Watch Series 2 is the second generation connected wearable “smartwatch” (not Apple’s term) device from the Cupertino, California, tech giant. When the original Apple Watch came out in 2014, an oft-asked question was “what would Steve Jobs think of it?” Before I talk about the new features of the Apple Watch Series 2 debuted in 2016 over the original Apple Watch, I’d like to spend a bit of time considering how Apple’s iconic leader would have felt about the company’s first wearable device.

What Would Steve Jobs Think Of The Apple Watch?

The Apple Watch was the first major product family to be introduced after Steve Jobs’ passing, and given the novelty of smartwatches for the general public, people have debated back and forth over what the famously picky and clever Silicon Valley personality would have felt about it. People can’t ask him, and it’s amusing to hear heated arguments at opposite ends of the debate claiming he would have loved or disapproved of “the Watch.” 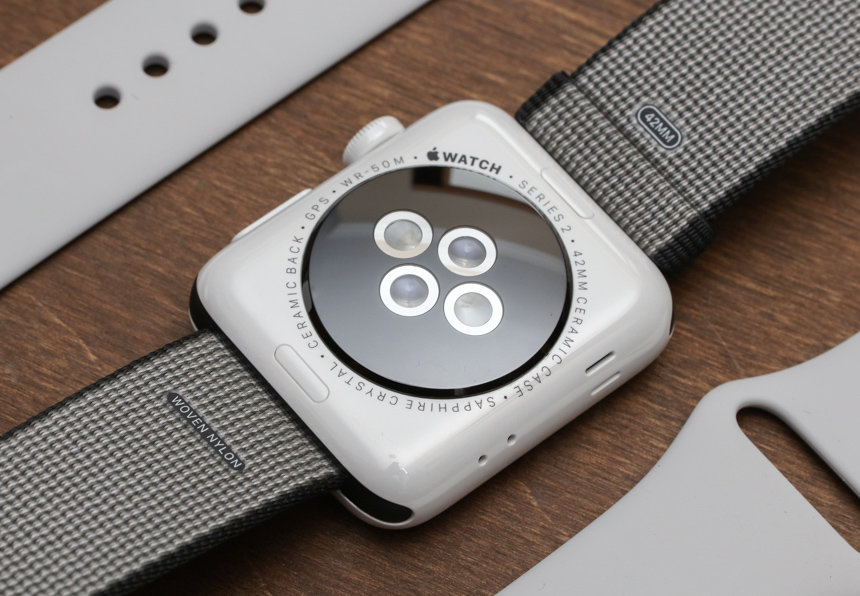 I never met Steve Jobs, but I’ve spoken to people who worked with him and have read a lot about him over the years – including the excellent account of working with and befriending Jobs written by Pixar co-founder Ed Catmull in his 2014 book Creativity Inc. Something that would be hard for anyone to deny about Steve Jobs was that he was incredibly image-focused, at least when it came to Apple. How Apple products were perceived, and how they made people feel was often just as important (if not more important) than what they actually did. 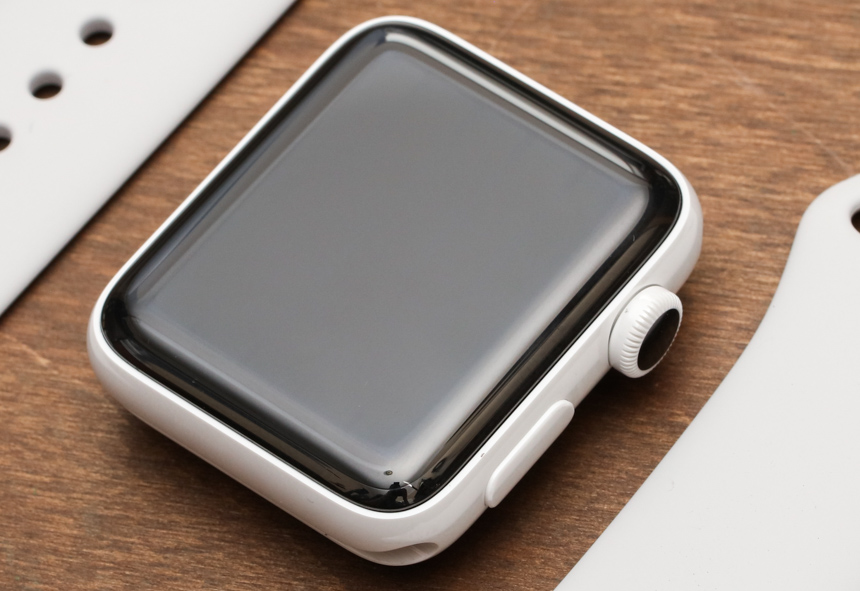 In my opinion, Steve Jobs wanted Apple to create products that were uniquely Apple in personality, uniquely designed, and much more relatable to human beings than most other tech products out there. A reoccurring theme that seemed to dominate Jobs’ product development philosophy was to create technology that people already knew how to use without having to learn new a lot of new behavior. Jobs was aiming squarely at mainstream consumers when much of the rest of the tech industry was focused on specialized users who were willing to accept learning a lot of new skills in order to use a new tool. He seemed to want things to be simple and rely on input methods humans were comfortable with such as touch, movement, and visual cues, as opposed to code, studying new operating languages, and other abstractions. I’m generalizing, sure, but I don’t think many people would disagree with the overall premise of what I am saying when it came to Jobs’ design preferences which took into consideration user experience way more than the products of many other companies. 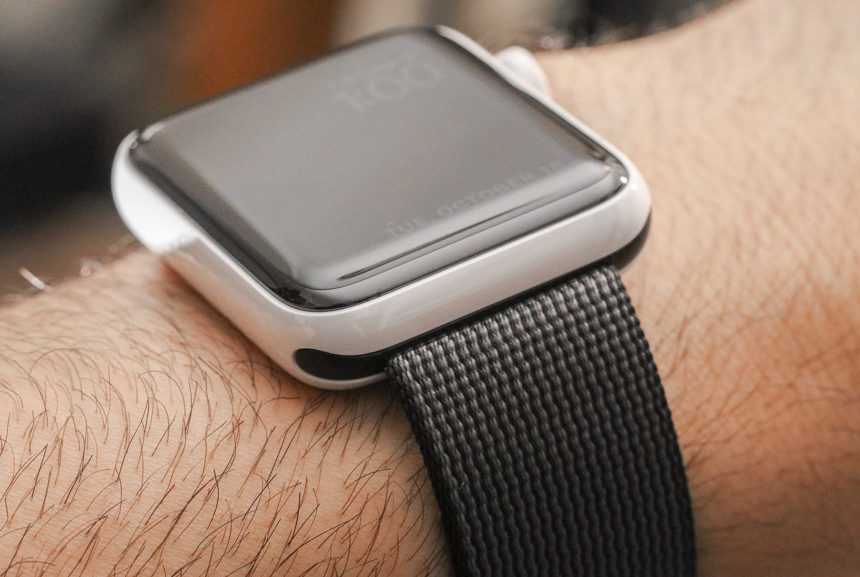 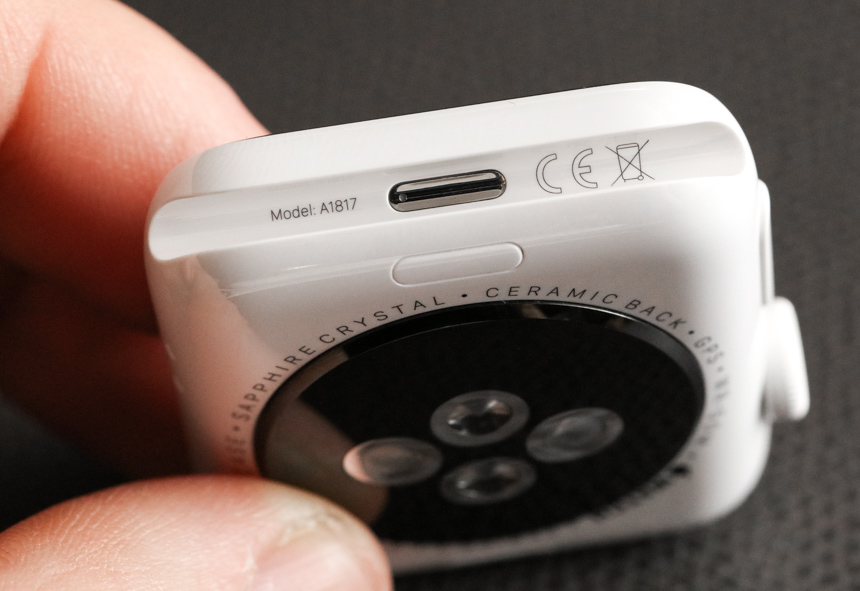 So how does that all fit in with the Apple Watch? People look to the novelty of smartwatches as well as the fact that mainstream consumers haven’t quite fully figured out what to do with them as a sign that they are not performing as well as some investors seem to feel Apple should be aiming for. Some people argue that because Apple Watches haven’t been a dominating “must-have” item that Steve Jobs would not have approved of them. That can’t be true because clearly not all the products Steve Jobs backed were successful and, in some instance, they never even got made. So I don’t think one can argue that Steve Jobs would have taken issue with the Apple Watch on those grounds. In fact, I think he would have been utterly intrigued by the possibility of it. 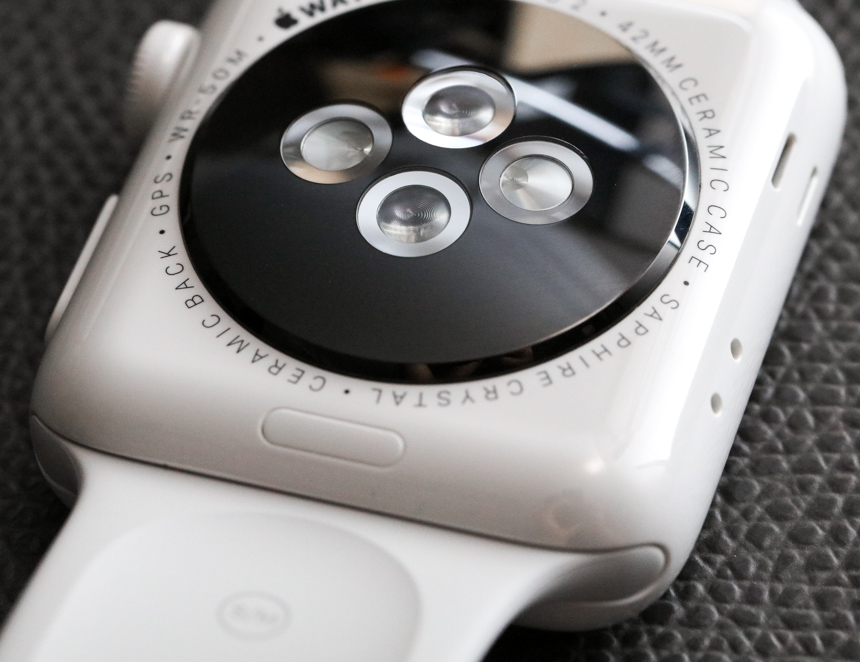 Jobs himself was not a wristwatch-wearer, so it’s hard to say if he would have liked it as a watch. Though, as a practical man by nature, I think he would have approved of producing a device that goes on the wrist and is analogous to the user experience many people have had with a watch. Clearly, the act of wearing something on your wrist is both natural-feeling and often quite comfortable. Society as a whole has, for the most part, become accustomed to wearing devices on their wrists, so the Apple Watch did not require new behavior to be learned. It also didn’t require learning any new methods of data input or a learning curve of how to use the information that it offered. In fact, the Apple Watch – along with many other smartwatches – might have some shortcomings, but I don’t think a lack of intuitive utility is one of them. 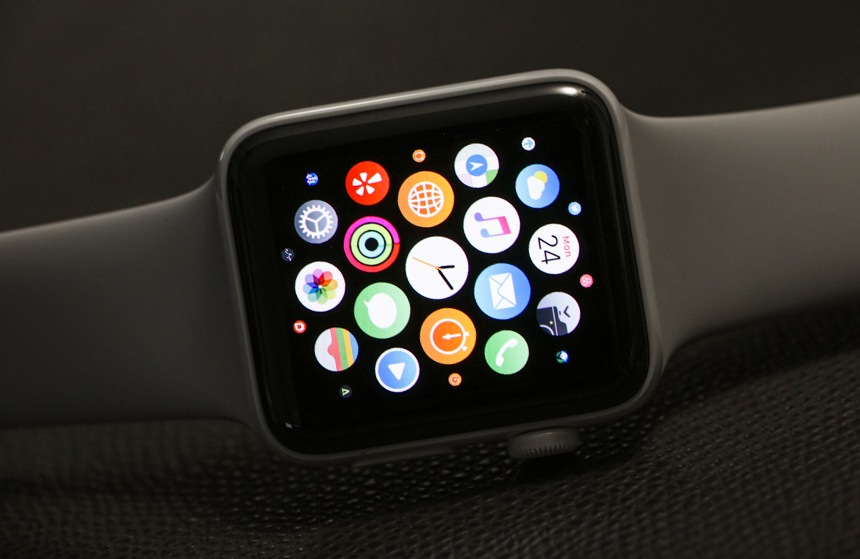 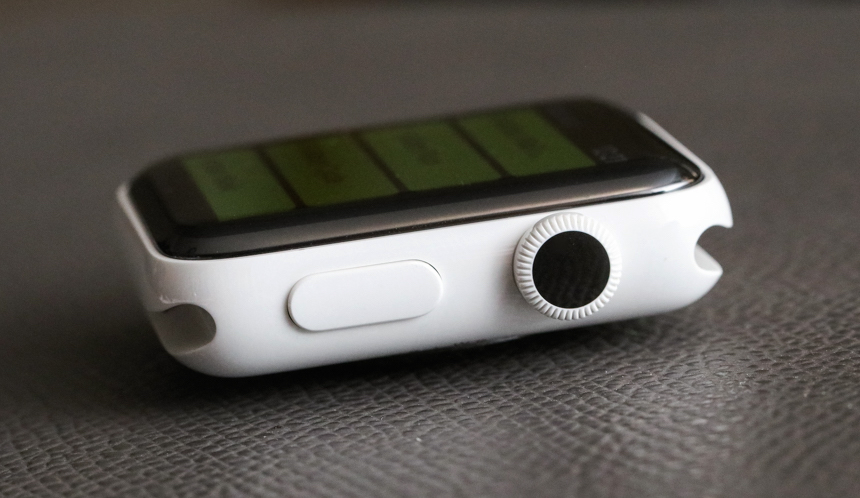 Given that Steve Jobs always appreciated not only an intuitive interface but an overall intuitive device, I think that the Apple Watch would have made a lot of sense to him. Jobs was also a big fan of inventing new things when the market didn’t currently have a solution. Apple poured enormous amounts of time and resources into developing new hardware and systems for the Apple Watch that did not exist before, which is something that Jobs would likely have greenlighted if the outcome was Apple having something which others don’t. That is certainly true with the Apple Watch because, even though competitor products have other good solutions, there are elements of the Apple Watch such as the “taptic engine,” the digital crown, and design of the sensors on the rear of the case that no one else has anything close to. 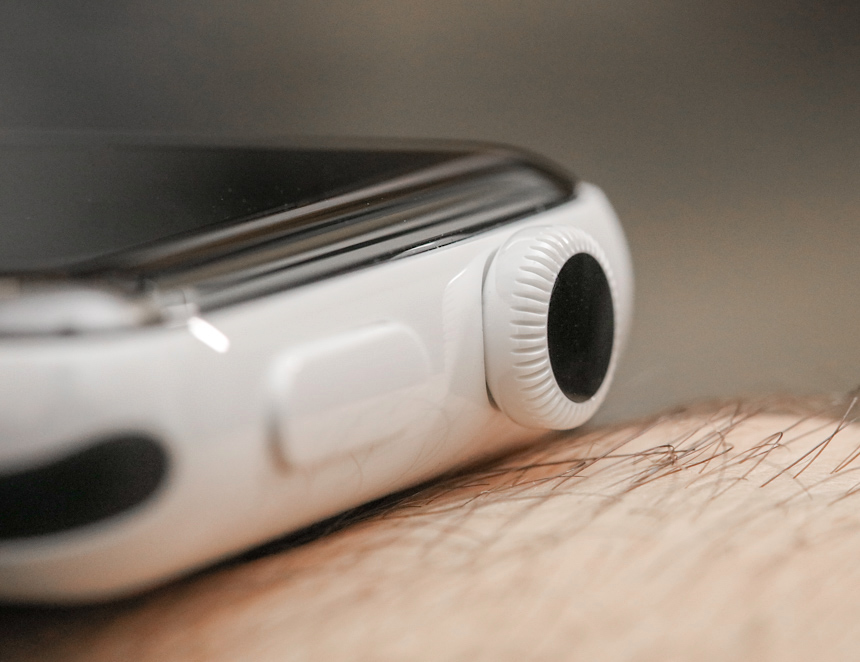 I think Jobs’ main hesitation about the Apple Watch would have been how long it might take to encourage widespread adoption of use among the population given the lack of reliable technology on which they would truly be able to enjoy media. Jobs loved the idea of technology being a platform to enjoy entertainment. This began with computers you could draw on, went to devices you could listen to music on, and ended with devices that you could watch movies and television shows on from anywhere you want to be. The Apple Watch is the most solely utilitarian device Apple has made in a long time, which is why I think so many people aren’t sure what to do with it, and it’s an angle I don’t think many people have considered when discussing the appeal of the Apple Watch or other smartwatch products.