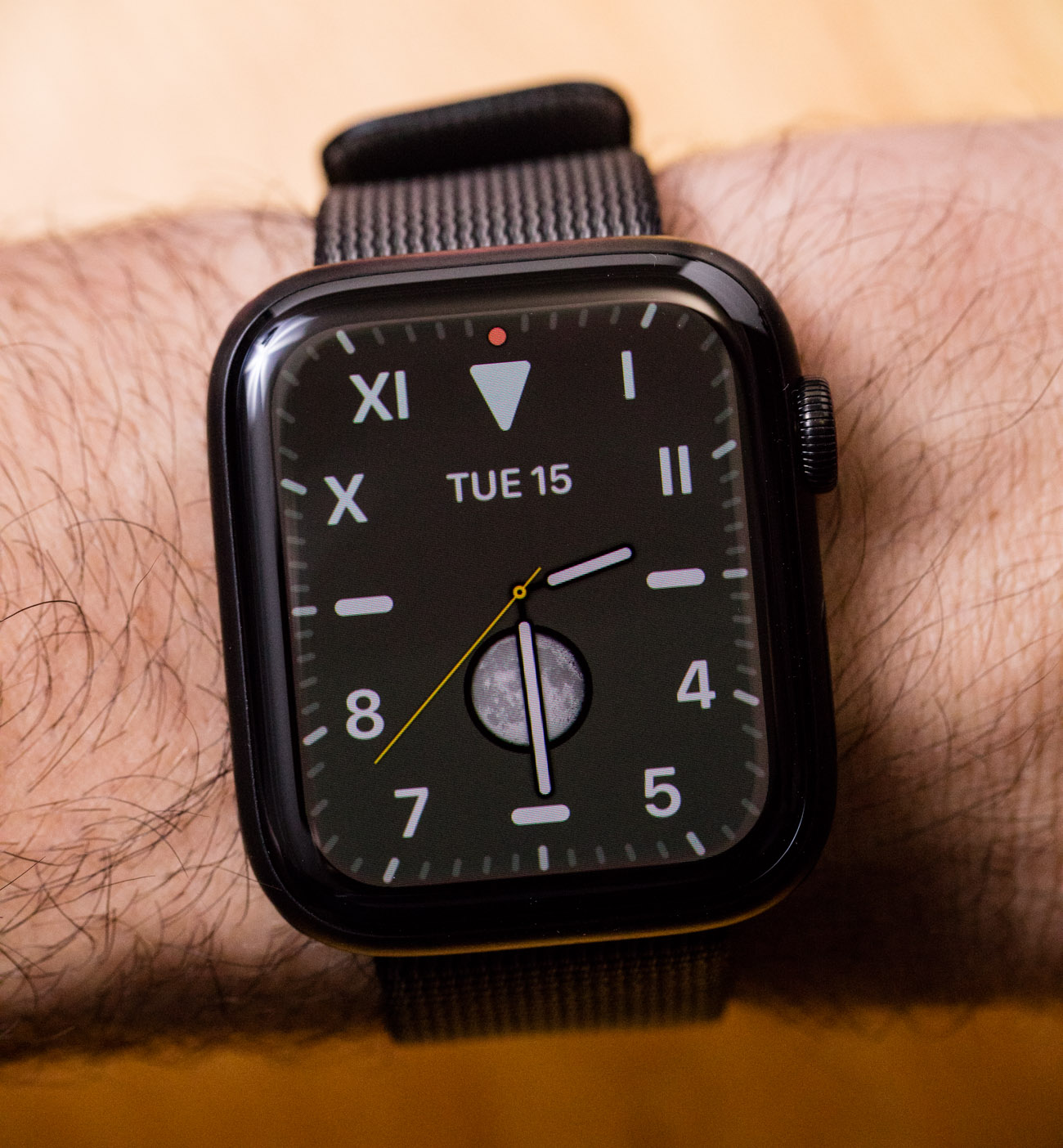 For the last several weeks, I have worn the Apple Watch Series 5 at least once daily — and overall, I’m very happy with it. It is certainly my general-purpose smartwatch of choice and, to be honest, when I don’t wear it I end up missing some of the useful information Apple makes it possible to easily view from most of the watch face options. Going into wearing the Apple Watch Series 5, I had one major question: Is the always-on screen” (Apple’s name for it is the Always-On Retina Display) a game-changer?

In our aBlogtoWatch Apple Watch Series 5 video review, I said “maybe” to the question of whether or not this new functionality was “game-changing.” I still think Apple has areas in which to improve and evolve this feature (which they will). That said, there are certainly some important game-changing aspects to Apple deciding to embrace this feature — which has been around in some other smartwatches for a few years now. I will also add my sentiment that once people get accustomed to a smartwatch with an always-on screen, I doubt most people will want to go back to a blank one when the watch is not “in use.” If you aren’t entirely clear on what this technology is, then I will break it down in a simple way. 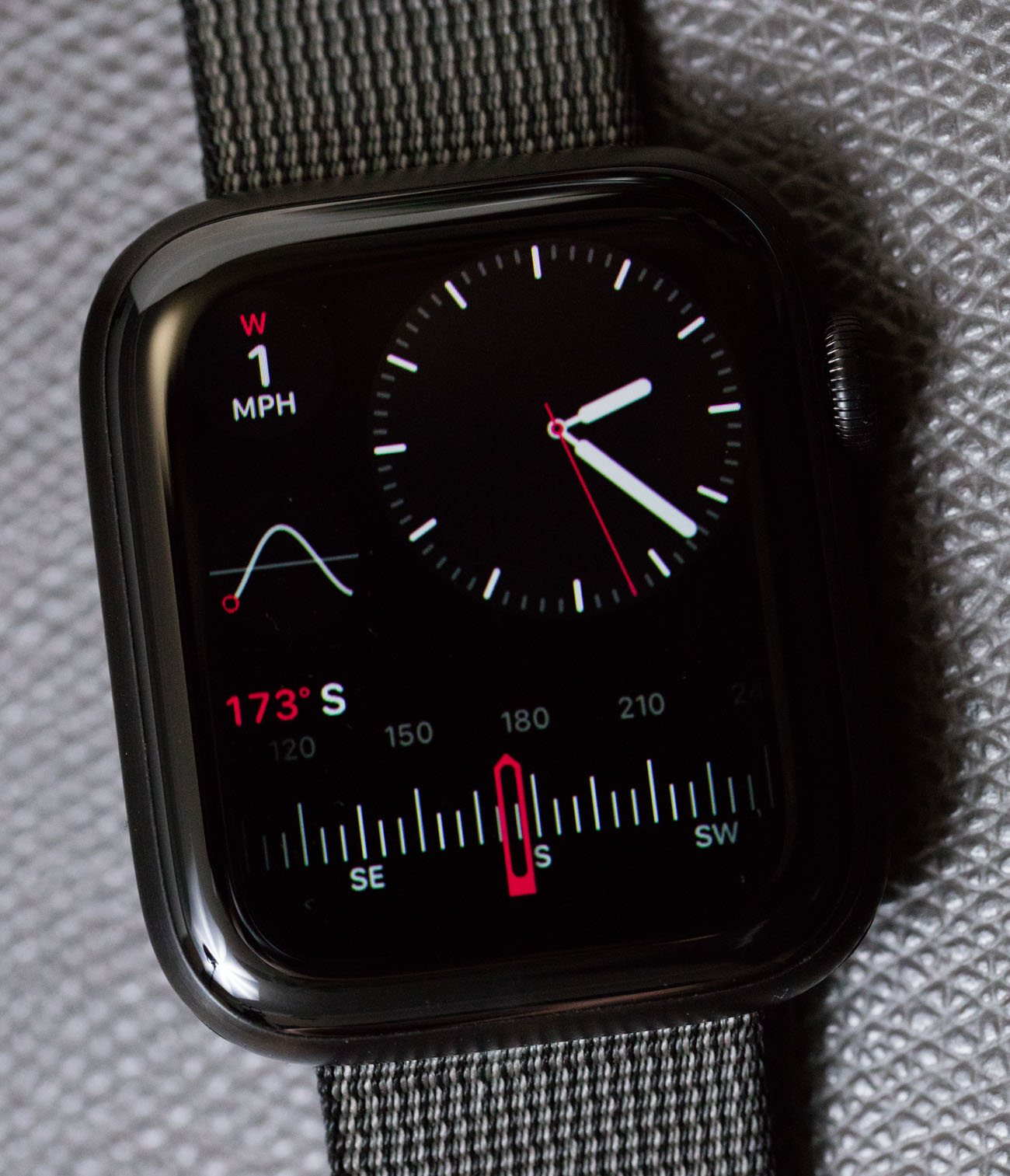 The first four generations of the Apple Watch have displays that would be turned off when it was not in use. Using a motion sensor (or presses on pushers or the touchscreen), the screen would “wake up” when the wearer either needed to glance at the dial or operate the watch in some way. This was done as a means to enhance battery life, which is never sublime on smartwatches, given the limited space for a battery. Powering a screen, along with a backlight, is one of the most energy-intensive things a smartwatch needs to do.

That said, strict engineering practicality to enhance battery life conflicts a bit with wearers who want to both have even faster access to information on the dial, and who also want other people to see what is on their watch face. I have written at length about the fashion and social benefits of having an always-on screen for a smartwatch — which is an interesting discussion you can read consider in my review of the Samsung Gear S3 smartwatch here. To make a long story short, now that always-on screens have been adopted by Apple, it more or less sets the bar for everyone else. Indeed, even though Apple didn’t introduce always-on screens, now that the Apple Watch Series 5 includes the feature standard (you can turn it off if you really need to absolutely maximize battery life), I don’t think any self-respecting smartwatch maker can release a flagship product without an always-on screen. So, with regard to the competitive arena, Apple has changed the game by training consumers that any decent smartwatch will have an always-on screen state. 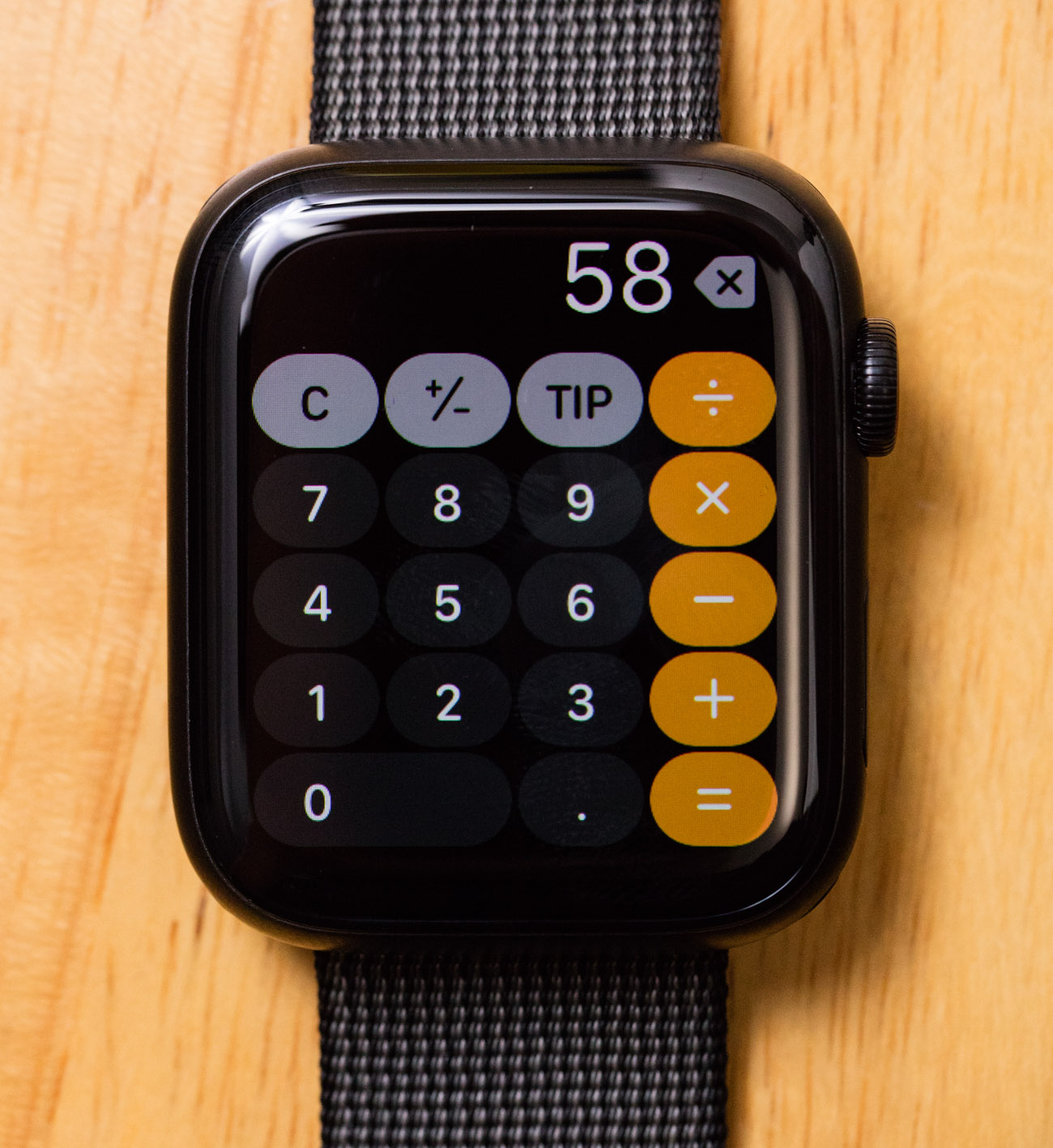 Apple tells me that its engineers have been working on an always-on screen from the beginning when the first Apple Watch was being developed. I am sure the product development team cringed a bit each time I pointed out, during my review of the first, second, third, and fourth generation Apple Watches, that, “I really think Apple should work on an always-on screen!” In fact, they were working on it.

The LPTO OLED screen technology, which allows for the always-on screen, was apparently introduced in the Apple Watch Series 4 and was being tested for other features and performance at the time. Apple is known to take its time rolling out new technologies, and it wanted to get the functionality of an always-on screen just right. I can’t fault the brand for taking a slower approach — even though the consumer electronics industry values speed-to-market so very much (perhaps less and less these days as consumers want to have fewer things, but better things). The always-on screen was certainly worth the wait. And as I mentioned above, once you experience it, I don’t think you’ll want to go back to a blank screen when you aren’t using the watch. 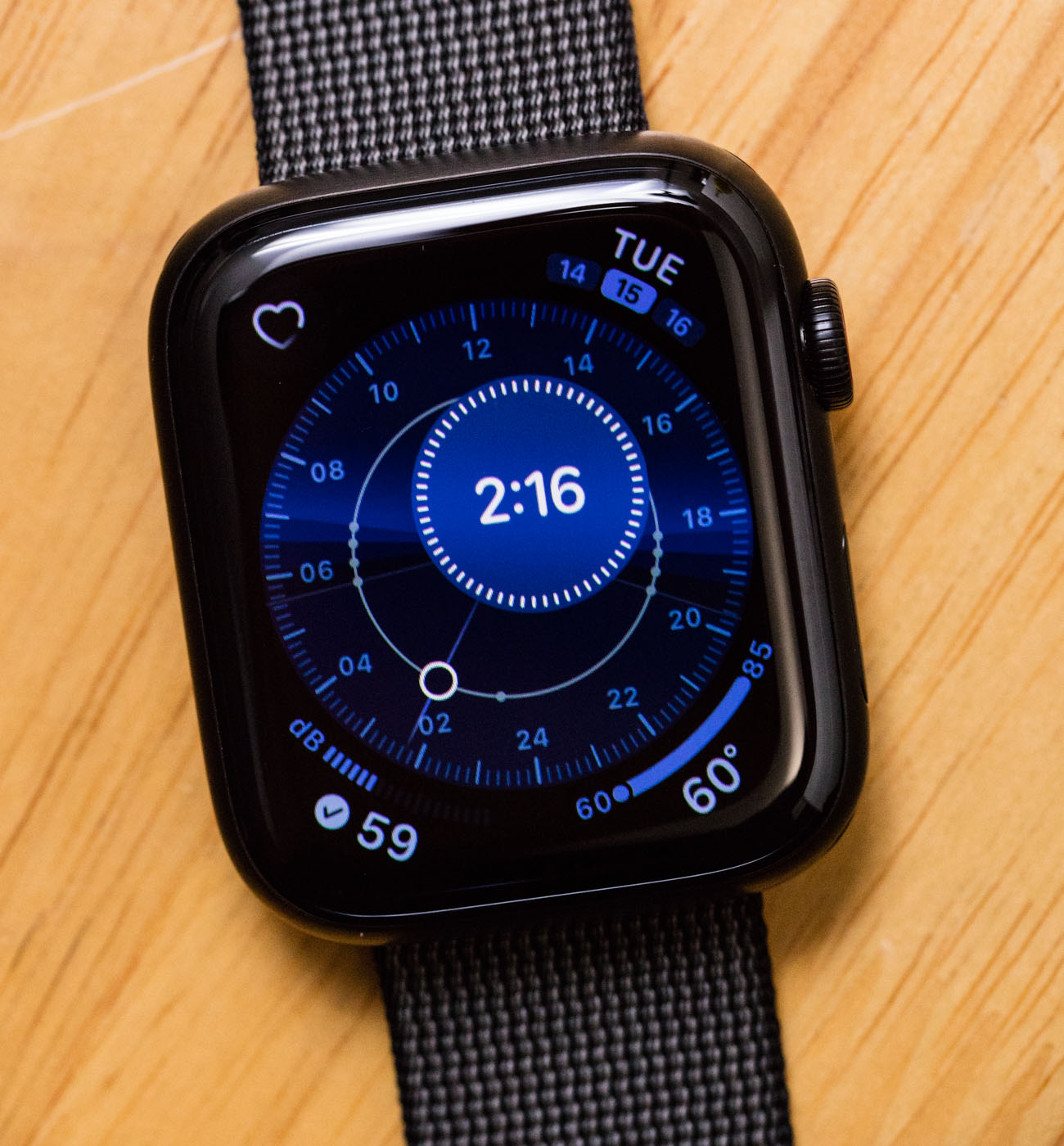 I’d say the most immediate impact of the always-on screen is that when you, as a user, want to glance at your watch to read the time or another piece of information, there is absolutely no lag to get the information — just as you have with a traditional timepiece.

The way the always-on screen works is simple, though very nuanced “under the hood.” When you lift the watch up to your face, the standard screen comes alive (and is brighter has an increased refresh rate). Once the Apple Watch has decided you are no longer using the watch, it dims and enters into the always-on state, similar to what you see on the dial, but also different. First, the screen’s refresh rate goes down to once per minute. That means the always-on screens do not have movement animations (such as a sweeping seconds hand) or other data that updates faster than once per minute. This isn’t really a big deal, but one can easily appreciate how much artistic opportunity exists in being able to have a vividly animated screen for the always-on state. 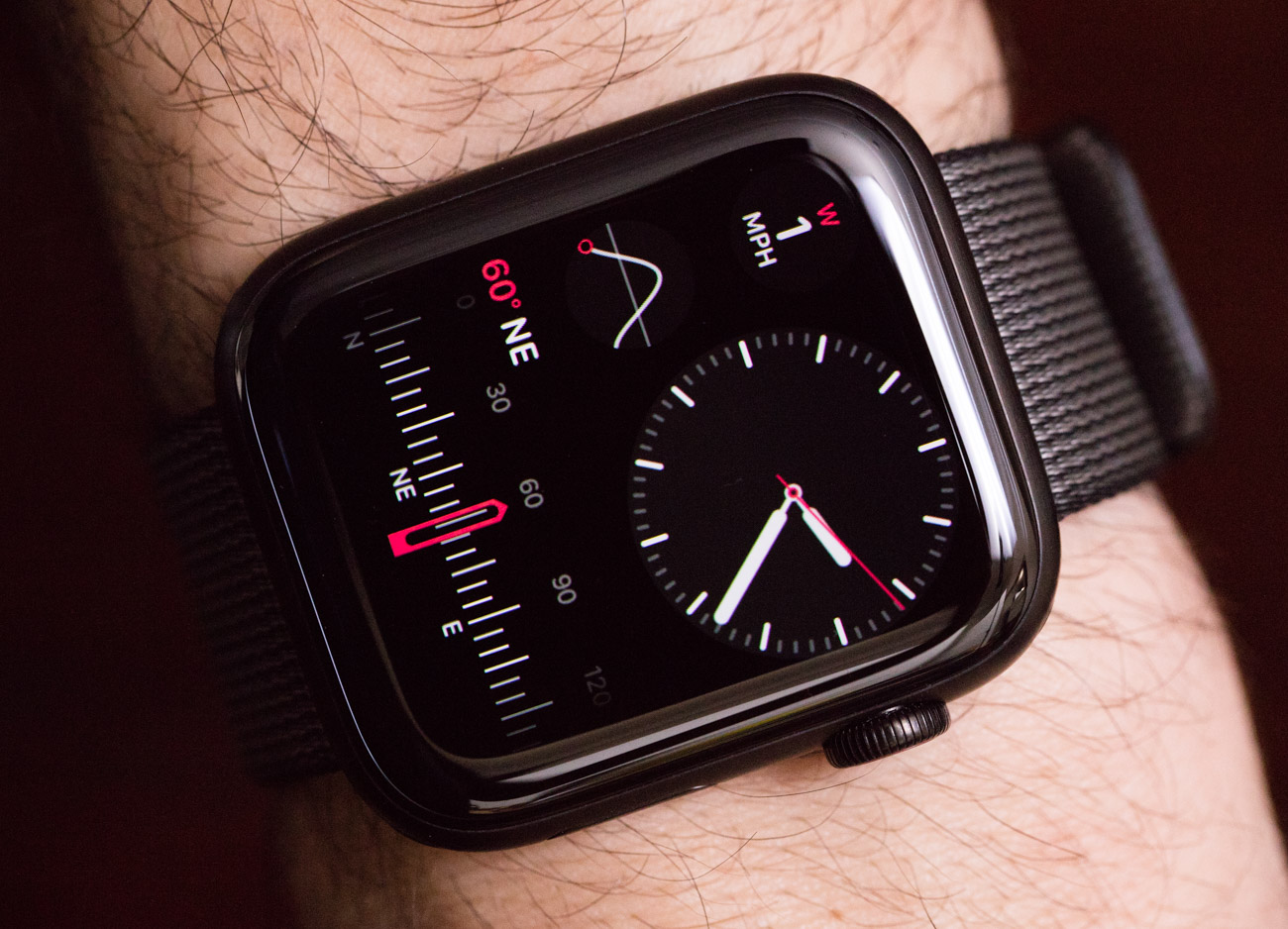 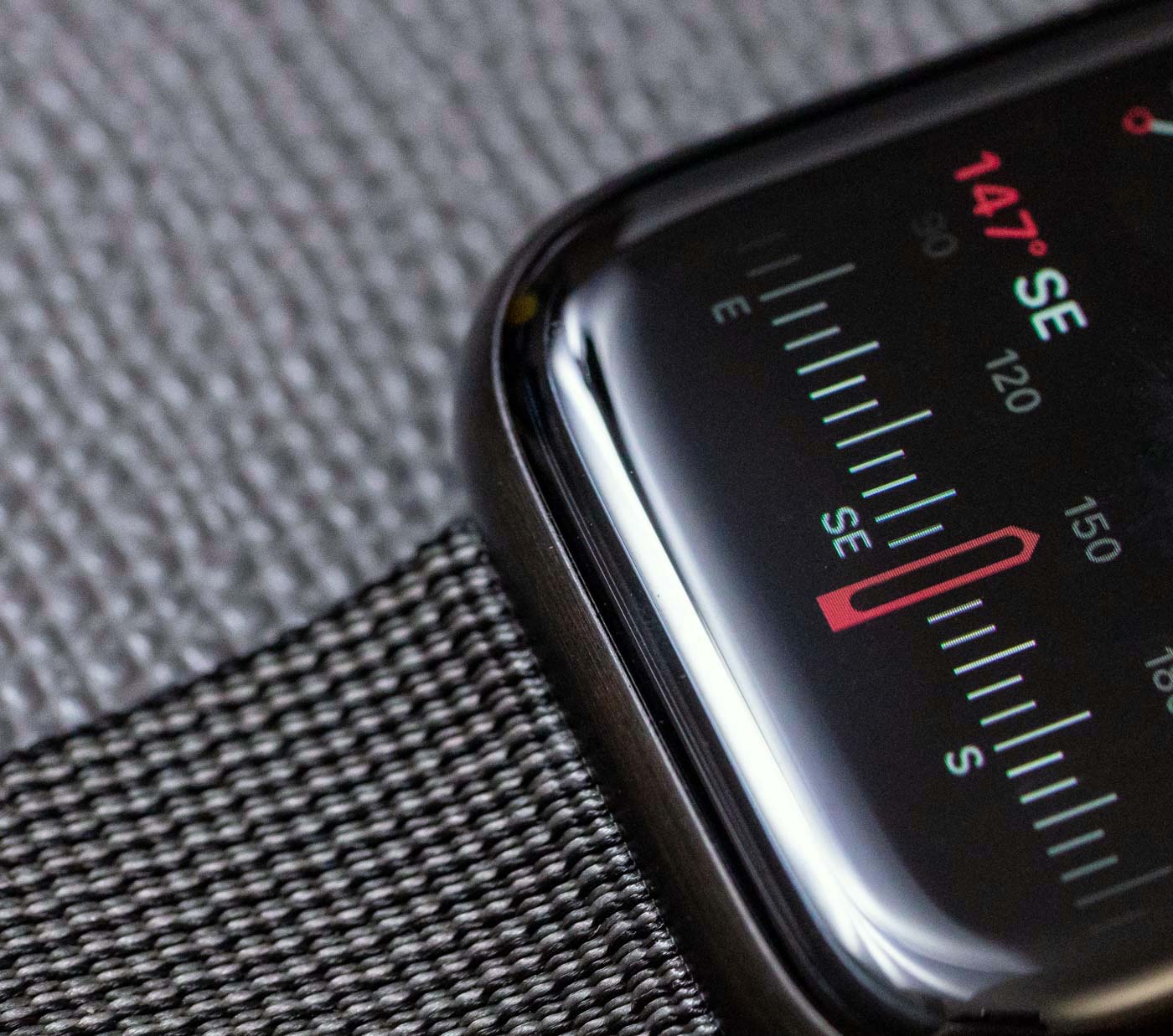 Apple claims that using the always-on screen translates into a relatively modest increase in power consumption by something like 15%. I’d say that is a fair tradeoff, and clearly Apple is listening to consumers as “better battery life” is one of the perennial requests from consumers to most any company that produces a smartwatch. While you do need to charge the Apple Watch each day, I find that an acceptable amount, given what I understand its power consumption needs require. In fact, I find that Apple is overly conservative with its battery life estimates (which, of course, depend on functionality). Apple claims 18 hours of battery life, but my experience is that, with most people’s usage, they can easily go for an entire day and still have “juice” remaining.

Given the importance of maintaining acceptable levels of battery life, the always-on screen is dimmer than the standard display and, again, it has a refresh rate of once per minute. What I also need to mention is that designing an always-on screen is a bespoke process Apple had to go through for each of its watch face options. That means each of the watch faces has a special always-on version, and there is no additional customization available. You always can’t choose what always-on screen you want, as they are tied to the primary watch face you are using. When Apple does not design in a lot of consumer choice (such as to control features of the always-on display), I believe it means that the functionality is so delicate that Apple’s software engineers need to curate the experience. More robust features are those for which they allow consumers, as well as third-party developers, the opportunity to play around a bit. 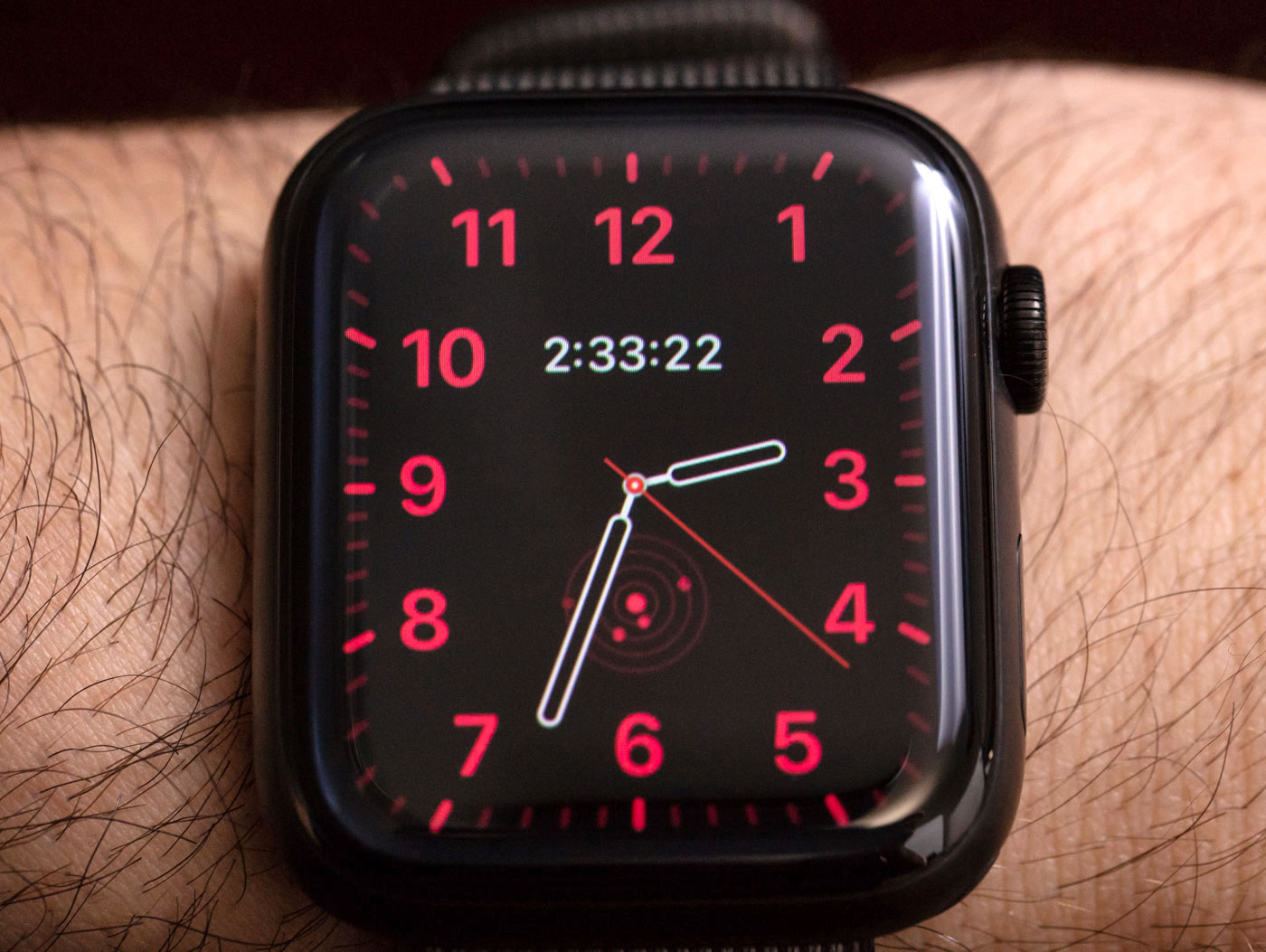 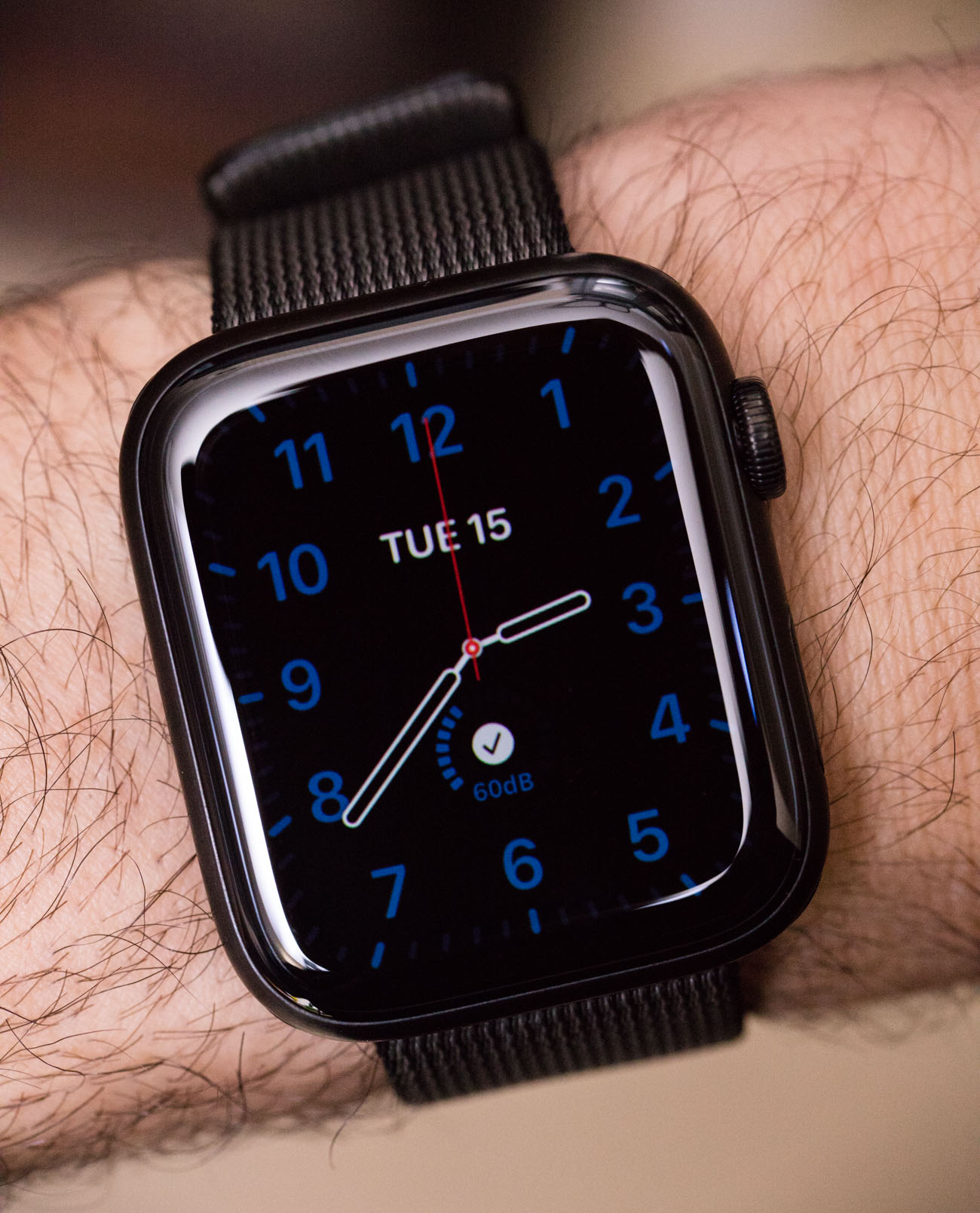 Customization and being able to manipulate features is one of the obvious things missing in the Apple Watch Series 5’s exciting always-on screen. I feel rather confident that Apple will continue to innovate in this area, but I am a bit impatient. Perhaps that always has something to do with the artistic potential (in addition to the utilitarian potential) of having a more robust always-on screen experience.

Let’s consider fashion and self-expression, which are core parts of the traditional watch wearing experience. Your choice of timepiece says something about you to the world. Consumers relish in the experience of being able to wear something that helps define who they are — or who they wish to be. Consider then the fashion and expressive impact of having an always-on display for the Apple Watch that comes complete with vibrant animations and bright, rich colors. This is coming in the future, I believe, but knowing its appeal makes me want to have it now… 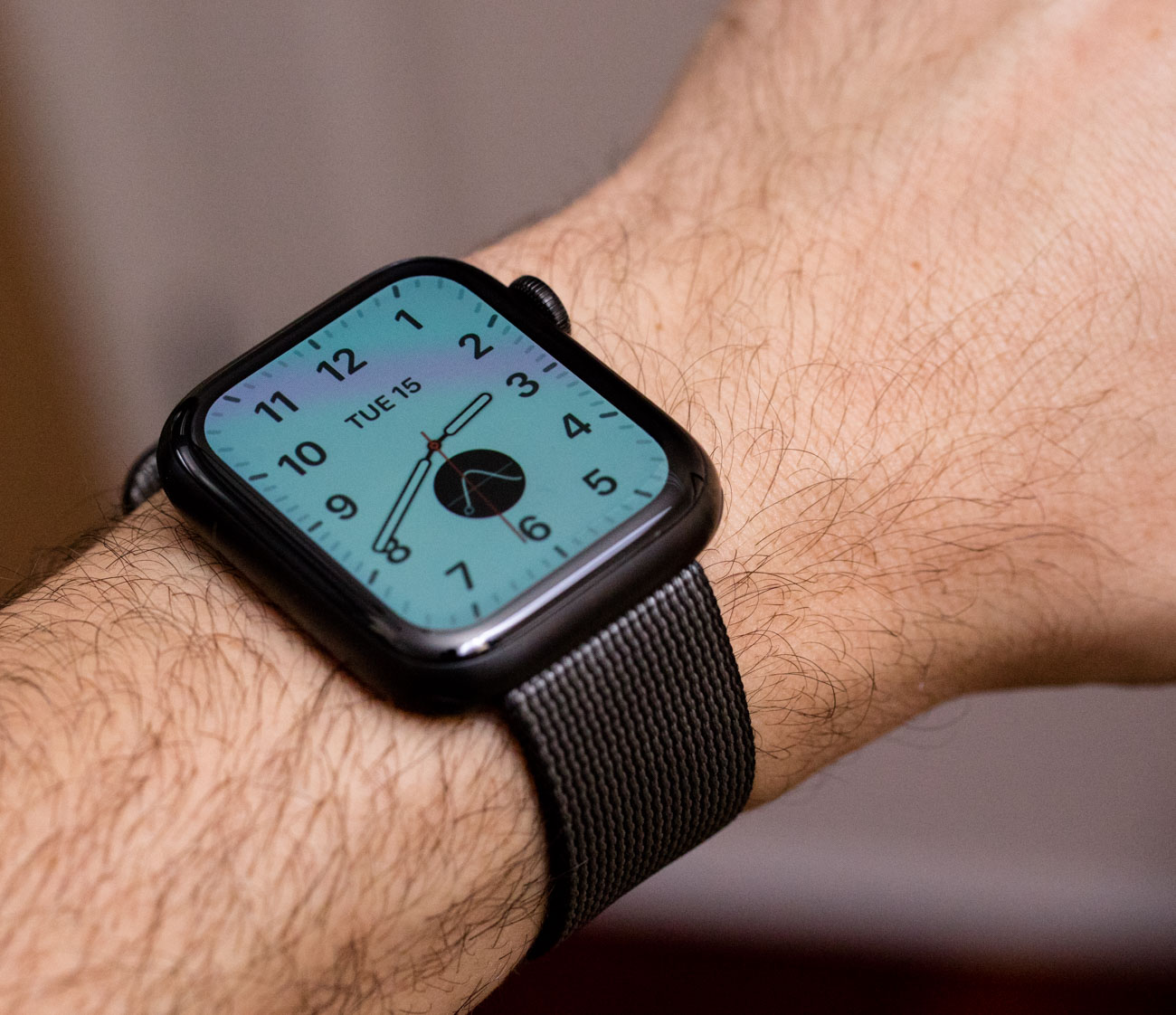 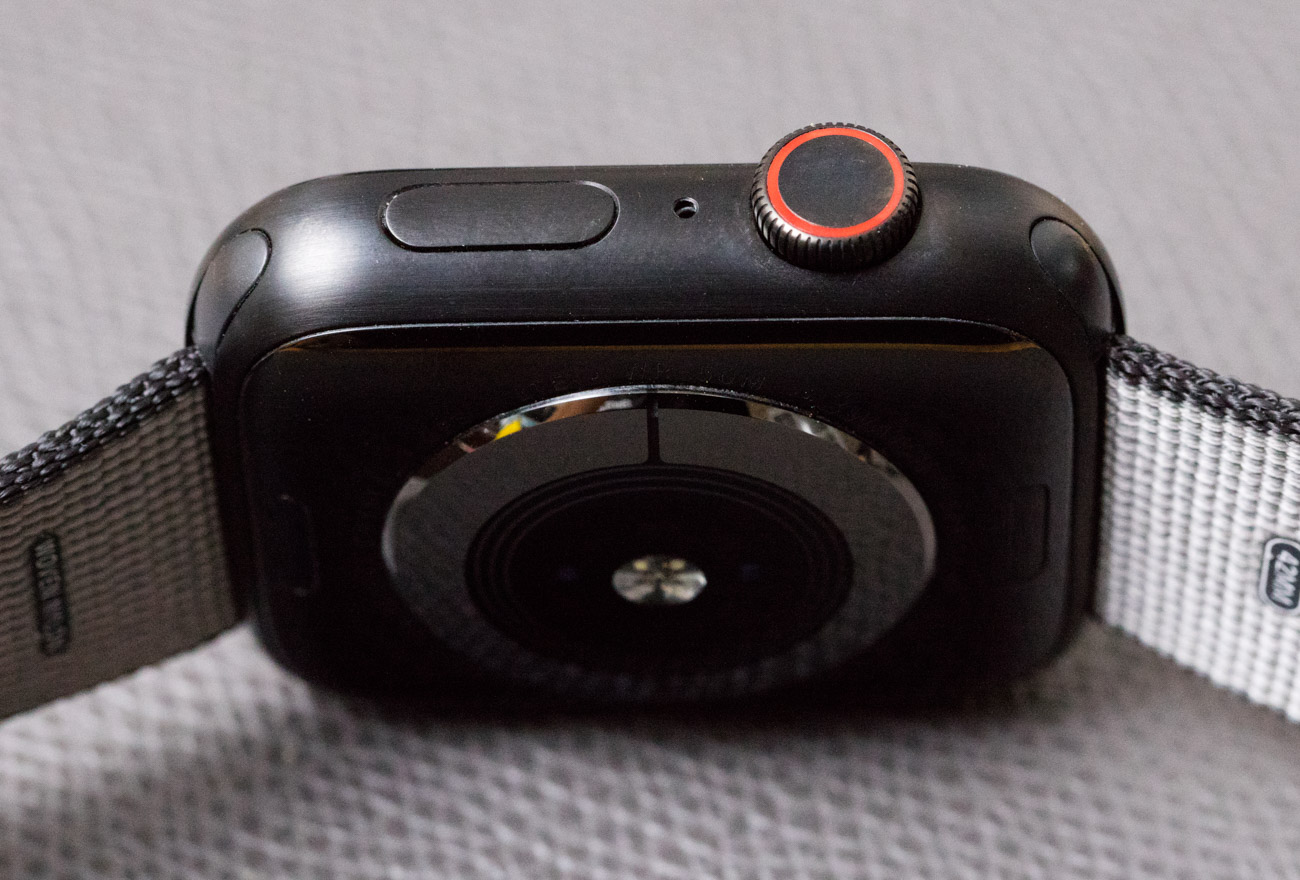 Capturing the always-on screen photographically is a challenge, given that I prefer to use a flash when shooting timepieces, and the light from the flash washes out what you see on the display. This is an issue for most smartwatches. I am saying all this to explain why there aren’t many images that allow you to perceive just want the Apple Watch Series 5 always-on display actually looks like. The popularity of Apple Watches does, however, mean that most consumers will begin to see others wearing Apple Watch Series 5 products, allowing you to see what it looks like in the real world.

Understanding that each Apple Watch face required a bespoke design experience in order to create a “unique optimization” for the always-on display per dial is impressive, but it’s easy to neglect if you don’t understand the engineering involved. Apple had to take each of its watch faces and tweak them in various ways. Such tweaks can include removing certain lighter colors, as they take up more energy to display, as well as removing certain pieces of dynamic data (such as a decibel-level monitor) that cannot be operated with the slowed-down refresh rate during the always-on display mode. I recommend that all new Apple Watch Series 5 owners experiment with the various watch faces to see what each of them looks like in the always-on display mode. 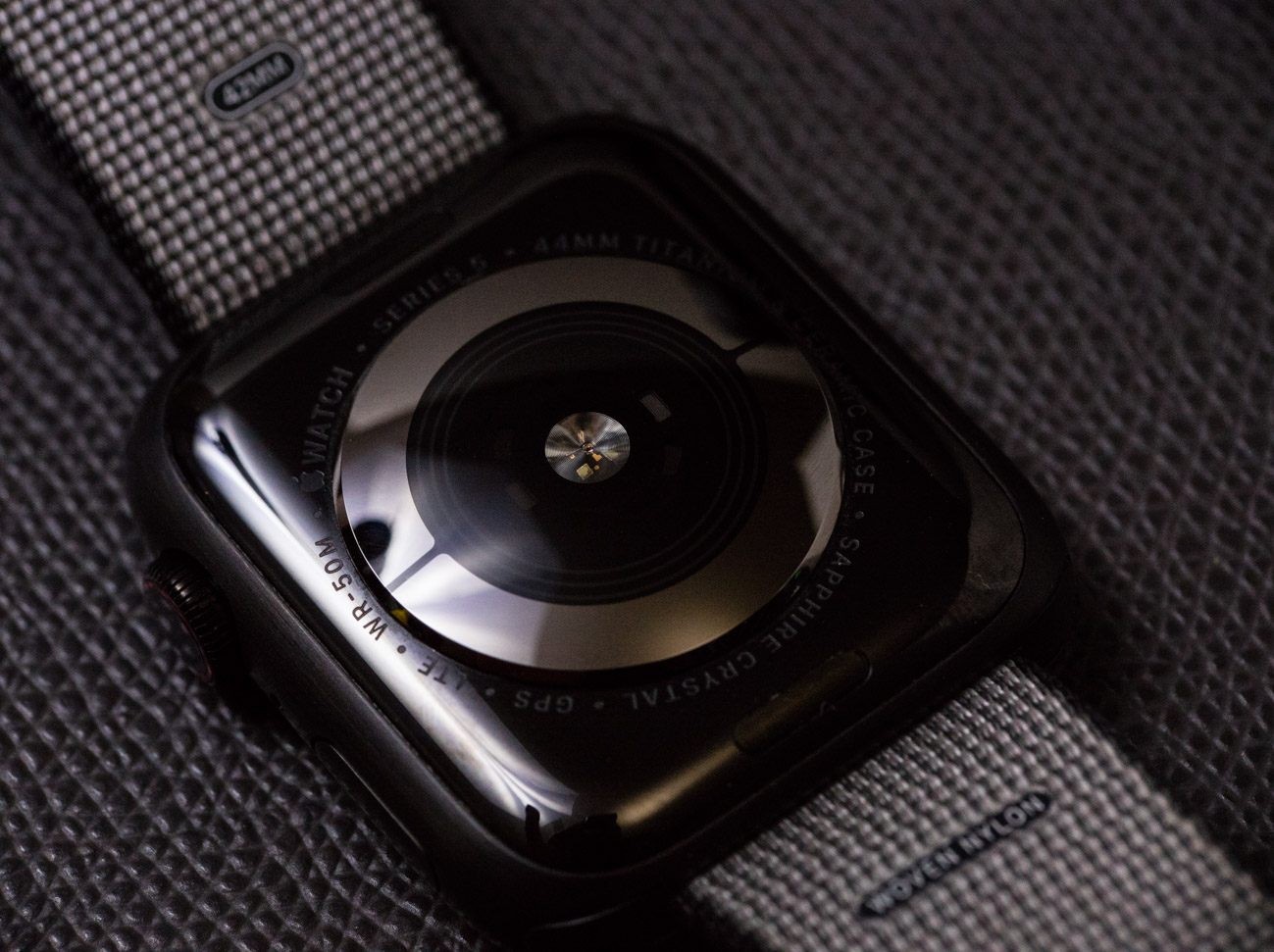 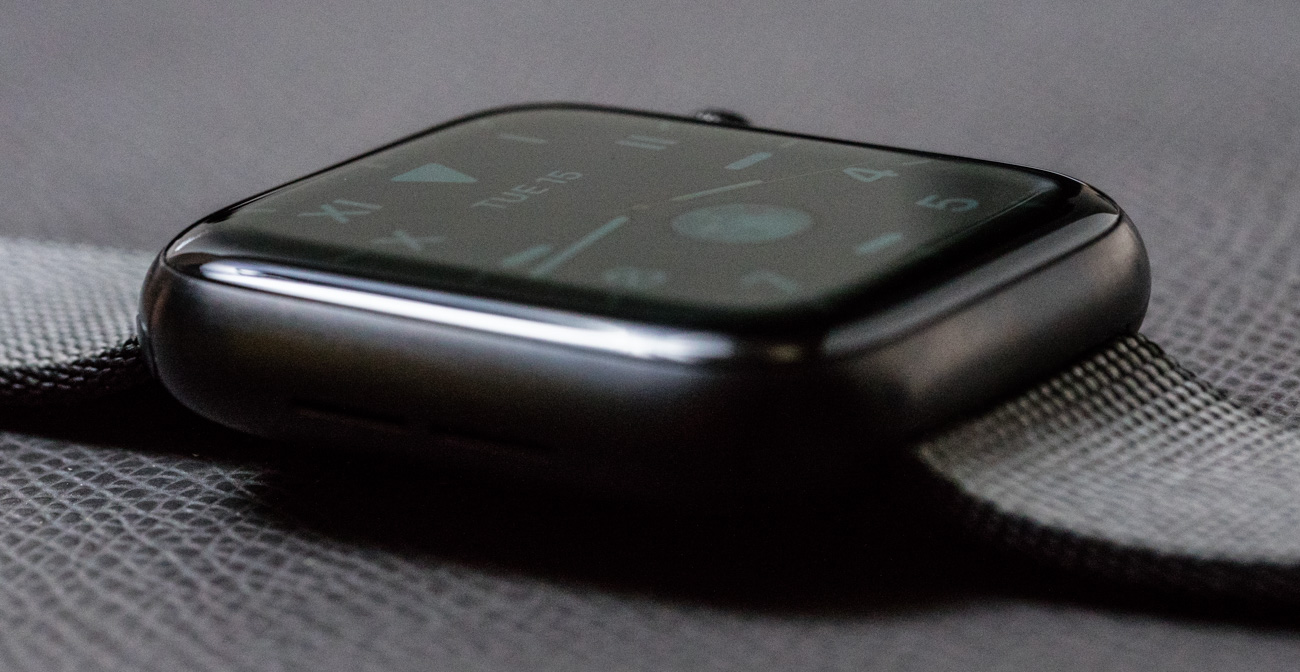 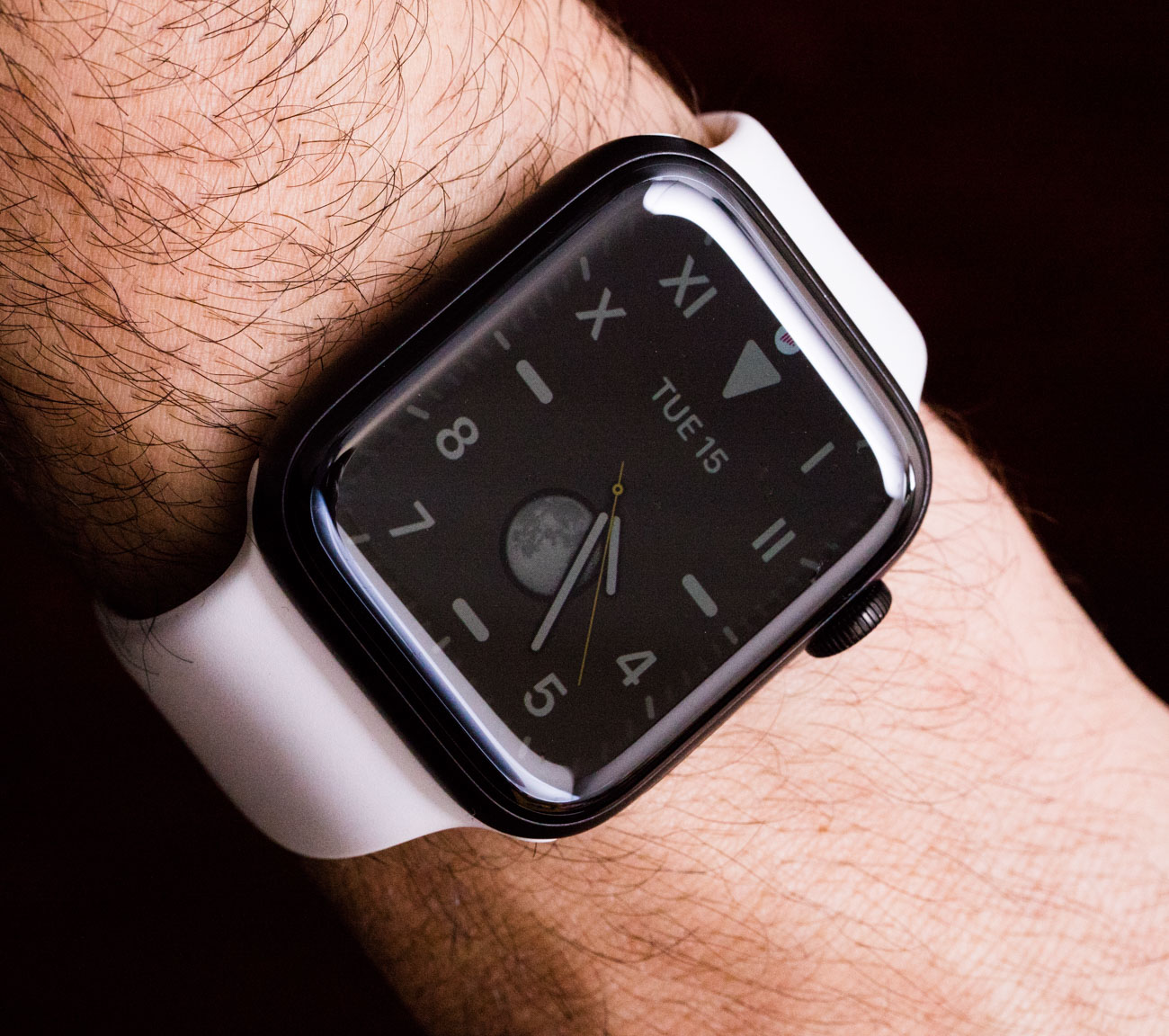 So, going back to my original question, is the Apple Watch Series 5 with its always-on display a game-changer? It certainly ups Apple’s game and sets a new standard that all smartwatches should have an always-on display. It also improves the wearing and utility experience of the Apple Watch in a way that consumers will notice from the first few minutes of wearing the Apple Watch Series 5. At the same time, Apple has, once again, teased the future potential of its LPTO OLED Always-On Retina Display to be even brighter, more animated, and more customizable. I’m very much looking forward to it. Learn more at the Apple website here.