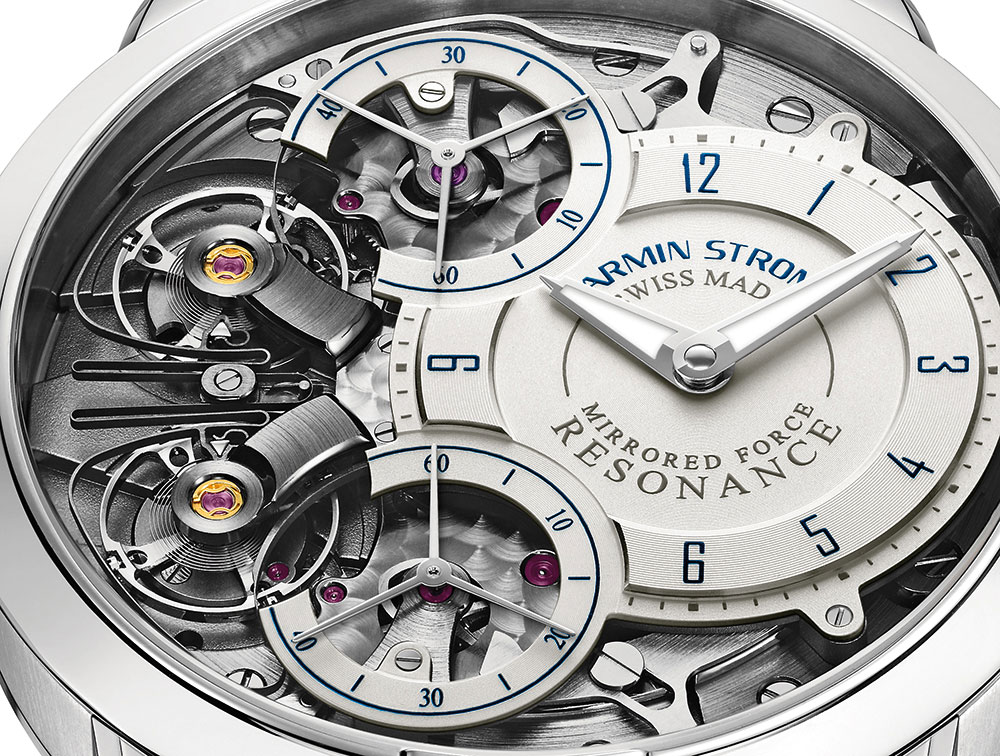 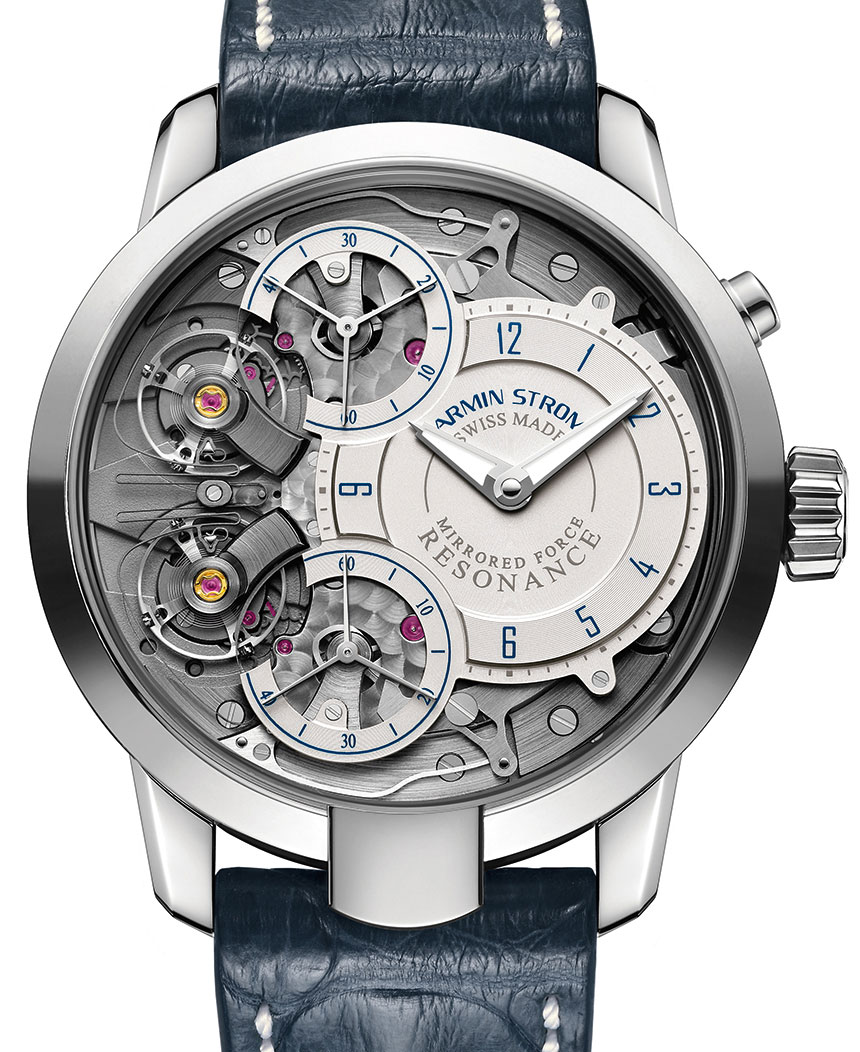 I always knew of Armin Strom as being a brand that makes some interesting watches, such as the Armin Strom One Week Skeleton watch which features really intricate handiwork. But the brand had not made a strong impression on me until last November when they announced the Mirrored Force Resonance watch which relies on the principle of resonance for timekeeping. Now, the Armin Strom Mirrored Force Resonance watch is available in a more affordable stainless steel case.

If you don’t understand the fuss about the Armin Strom Mirrored Force Resonance watch, let me break it down for you. As its name plainly suggests, the Mirrored Force Resonance uses the principle of resonance to improve its chronometric performance. Resonance, in the field of physics, refers to the phenomenon in which a vibration or external force drives another system to oscillate with greater amplitude. In watchmaking, it typically refers to the use of two oscillators beating in close proximity to strengthen their beat rate. The idea is that if resonance takes place, the two oscillators will begin to beat in sync with each other and with greater stability. This, in turn, translates to higher precision and better chronometric performance.

Now, the thing about resonance watches is that they are incredibly rare. Just off the top of my head, I can only think of F.P. Journe’s seminal Chronomètre à Résonance watch, and Haldimann’s incredible Flying Resonance. The Armin Strom Mirrored Force Resonance watch, therefore, joins a very exclusive club of watches. 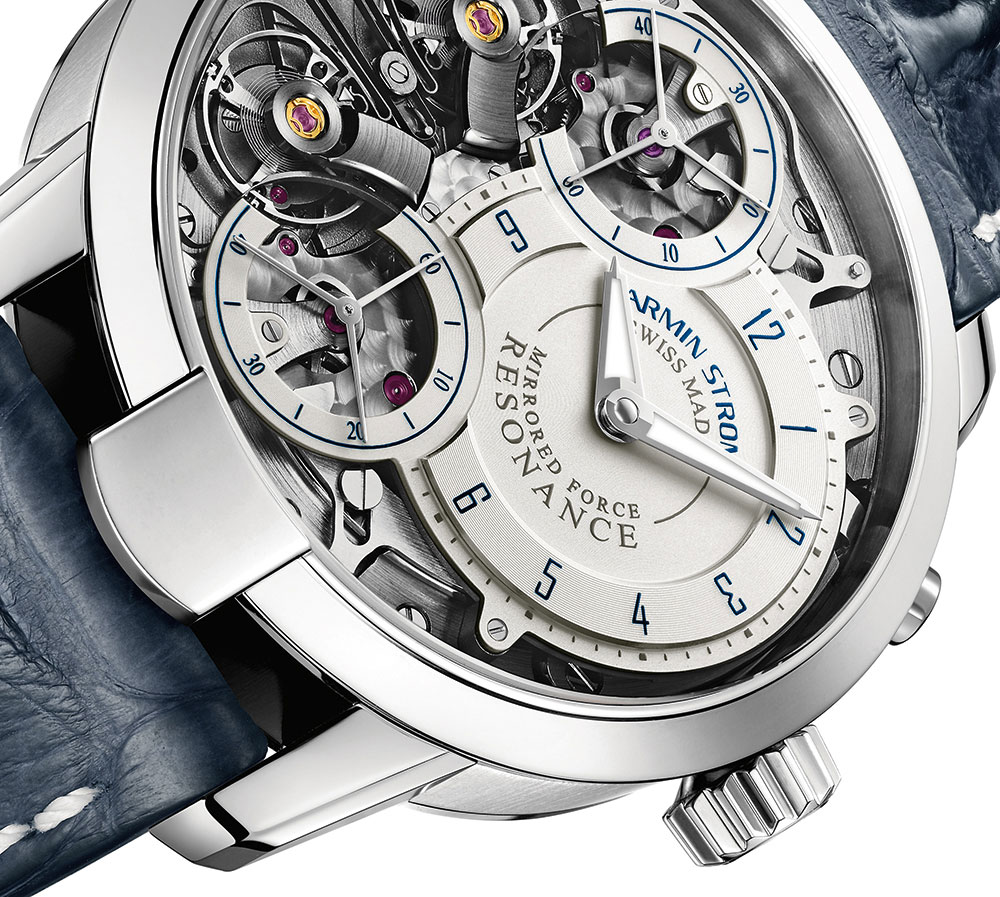 Apart from the stainless steel case, the case dimensions and design have been left unchanged. The new Mirrored Force Resonance in steel measures 43.4mm wide and is about 13mm thick. The case is characterized by its thick lugs and muscular crown. And like most Armin Strom watches, there’s a small lip at 6 o’clock in between the lugs that allows owners to engrave their initials if they would wish to do so. 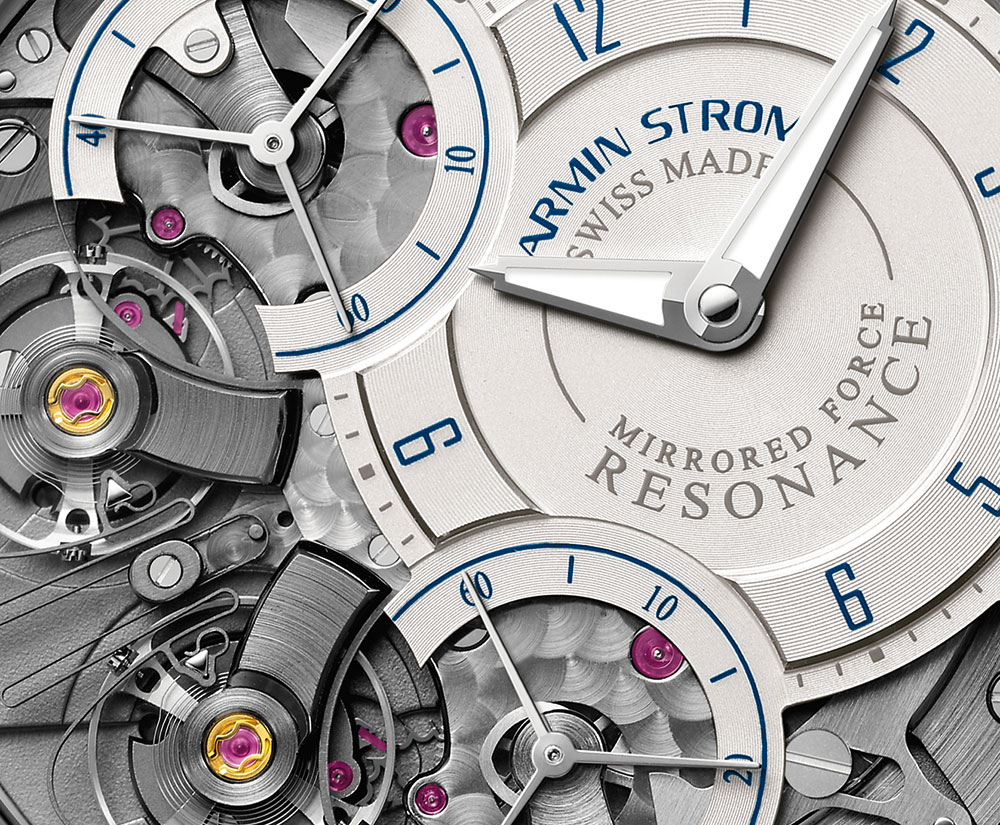 Aside from the case material, the biggest changes to this watch are on the dial. In place of black dials with rose gold printed numerals are white ones with the numerals printed in blue, hence the name Mirrored Force Resonance Water. Anyhow, it’s a great color combination and gives the watch a modern and fresh look.

The rest of the dial remains unchanged, and that means a lot of the movement can be seen. However, the highlight has got to be the twin balance springs on the left side of the dial, which are flanked by two subsidiary seconds dials with cool-looking triple-spoke seconds hands. 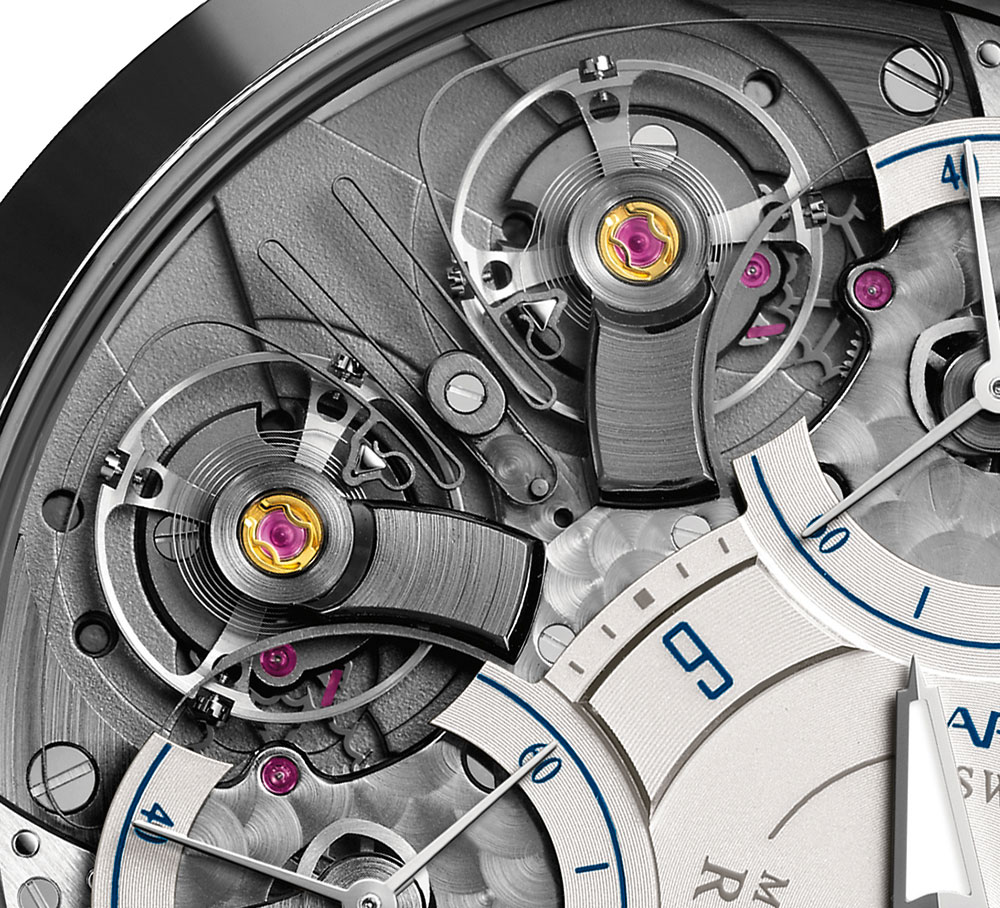 Speaking of the two balance springs brings us neatly to something called a resonance clutch spring. It is the elaborately shaped steel spring that is attached to the balance springs. What it does is that it provides a mechanical connection to both balance springs, allowing force to be transmitted from one to the other as they seek to maintain equilibrium and beat in tandem.

The movement is Armin Strom’s Calibre ARF15, which actually uses two complete going trains to achieve the resonance effect. It is a hand-wound movement made out of 226 components and features a pretty decent power reserve of 48 hours. It also oscillates at a rather unusual rate of 25,200 beats per hour. 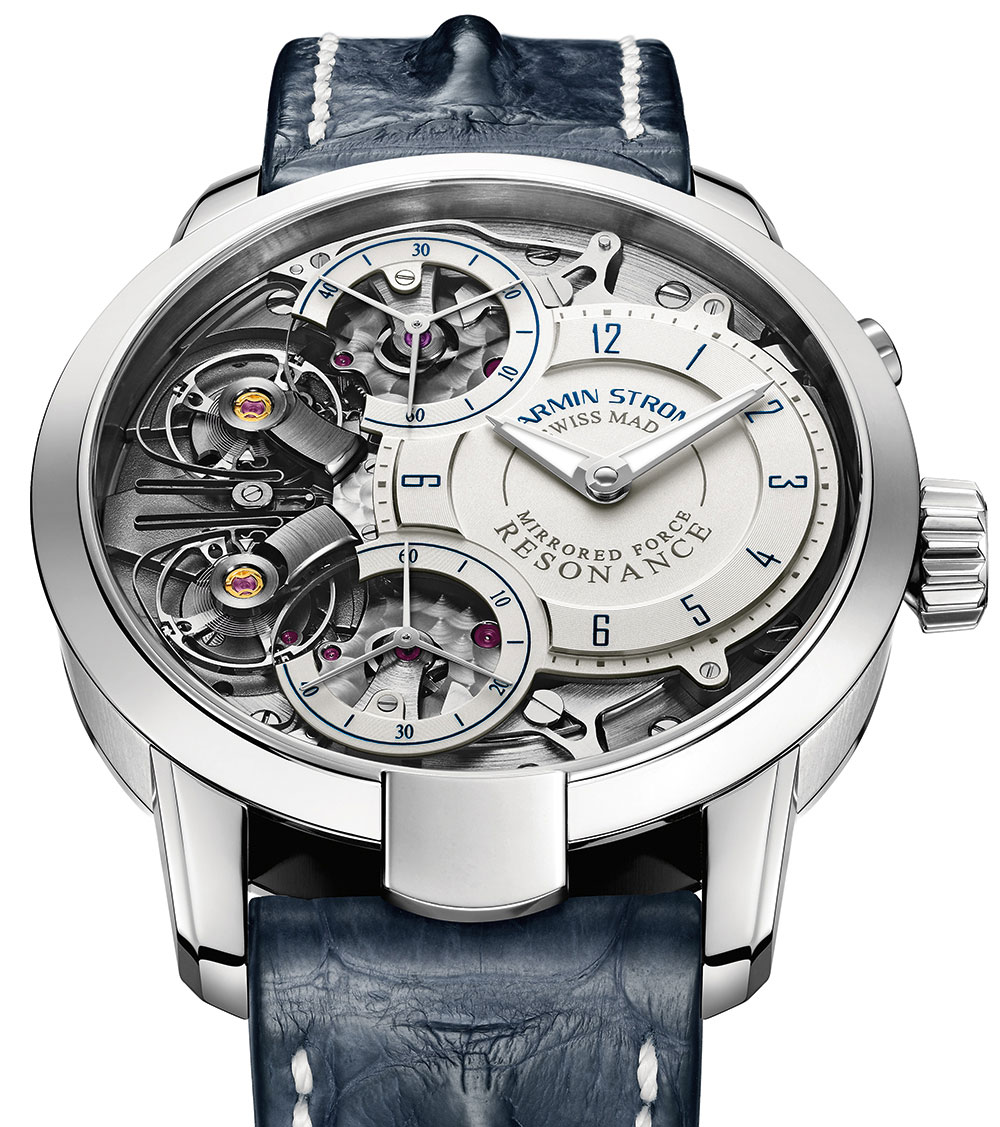 For me, the Armin Strom Mirrored Force Resonance watch is easily Armin Strom’s most interesting watch, and I find this new model in stainless steel to be even more desirable than the last. The new Armin Strom Mirrored Force Resonance Water is limited to 50 pieces and is priced at 54,000 Swiss francs, which makes it a good 13,000 Swiss francs more affordable than the rose gold model of last year. arminstrom.com