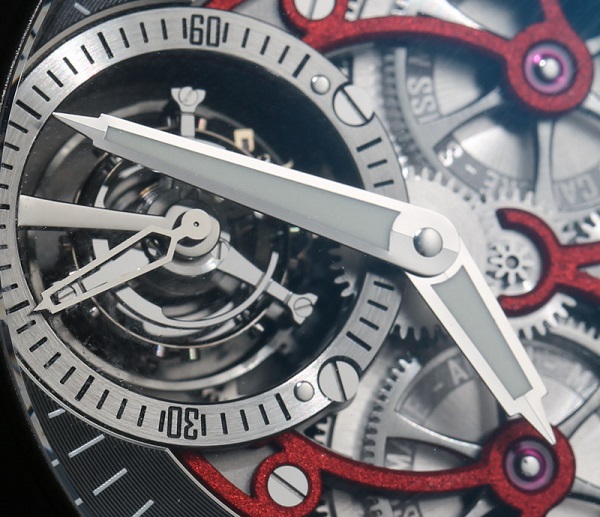 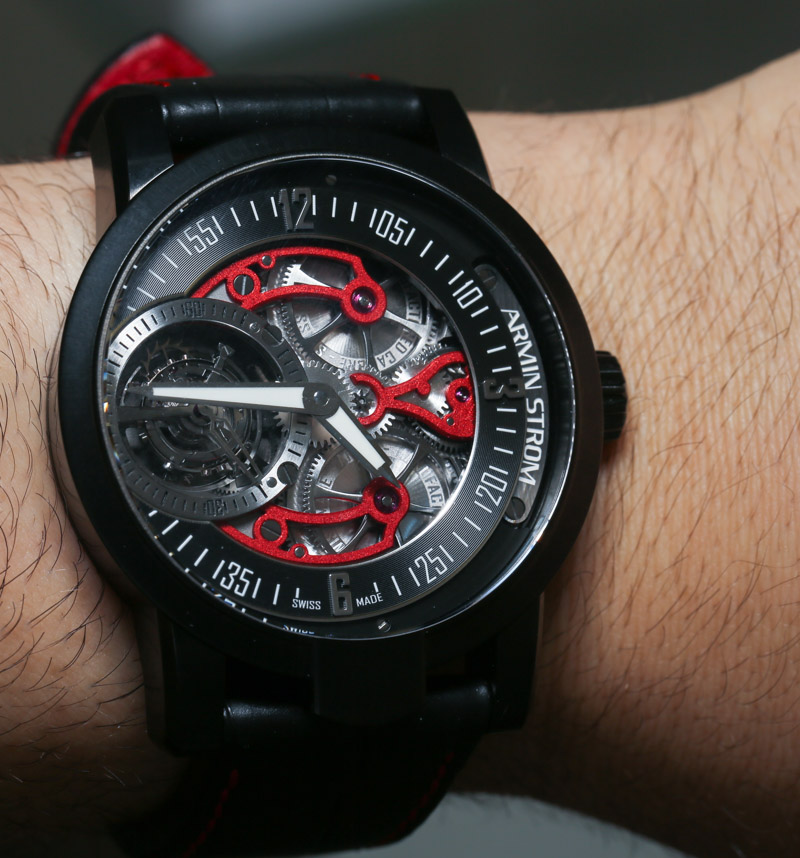 Since the creation of their first totally in-house movement a few years ago, Swiss watch maker Armin Strom has been offering a unique variety of beautiful high-end sports watches with a surprising level of detailing and expert decoration. Here are two models in their Tourbillon Collection, which represent the higher-end of what is available. We have here the Tourbillon Racing as well as the Tourbillon Earth (ref. ST13-TE.90 from the Elements collection). There are also Tourbillon Fire and Air models each with their own distinct case materials and colors. Note that the Tourbillon Racing is part of a limited edition of, we think, two watches.

Armin Strom blipped on the aBlogtoWatch radar with their Blue Chip collection of watches (still produced) that offer beautifully hand-skeletonized movements and dials. The Tourbillon, as well as most other models feature a sportier versus classic looking case that is unique to the brand. An element that is worth explaining is the bottom “lip” on the lower part of the case. In addition to offering a unique design element, this lip is intended to be a space for engraving the initials of the customer. 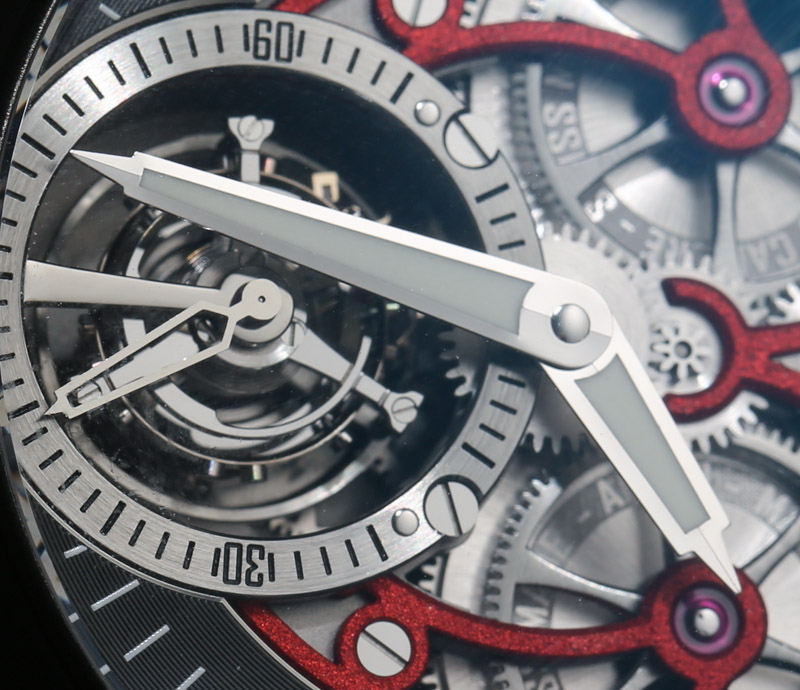 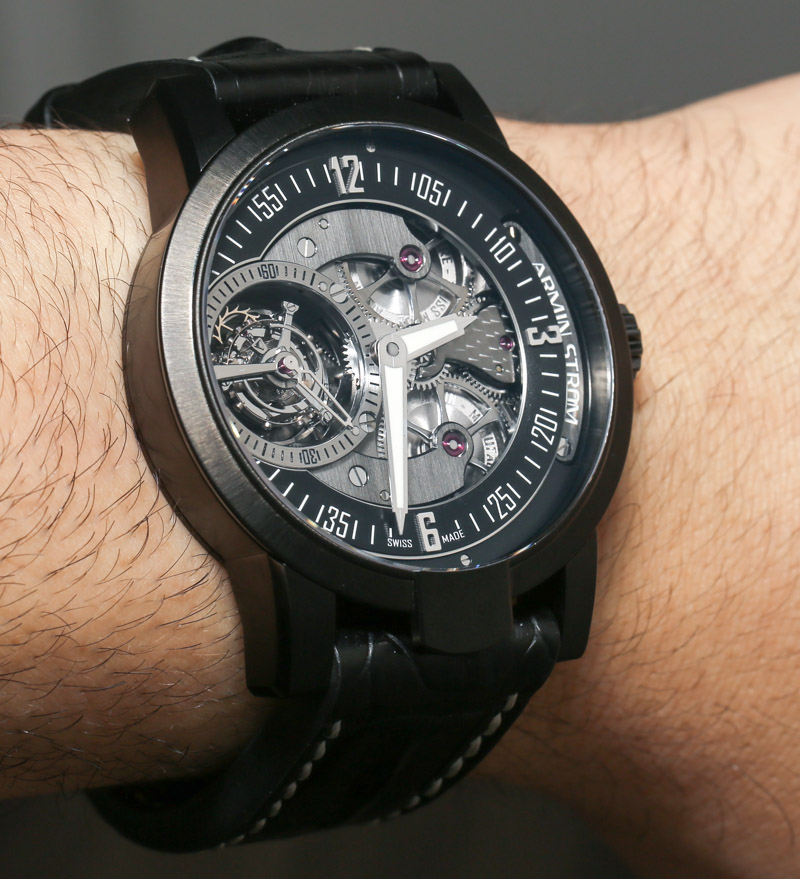 The tourbillon complication was recently added to the base caliber design from Armin Strom to make the caliber ATC11. The beautifully symmetrical movement builds on the brand’s seven day power reserve ARM09, but for the ATC11, Armin Strom managed to offer a full ten days of power reserve through two barrels. Such a long power reserve unsurprisingly comes with a slower operating speed of 18,000 bph. This is often a trade-off when including a very long power reserve in a movement. Most modern movements operate at 28,800 bph, but classic or longer power reserve movements operate more slowly. This can affect accuracy, but few clients of such movements are in the market for strict timekeeping. In fact, with a tourbillon, it is often a bit better to have a slightly slower movement so that one can better view the operation of the tourbillon.

While the periphery of the Tourbillon watch is fitted with a minute and hour scale, most of what you see through the dial is the movement. In this case, a series of industrial-style finishing is mixed with traditional bevelling and other decoration techniques. We certainly like that in one view there are so many types of polish. Note the perlage finishing next to 3 o’clock on the Tourbillon Earth model, while the highly limited Tourbillon Racing has its own distinct set of red-colored bridges. 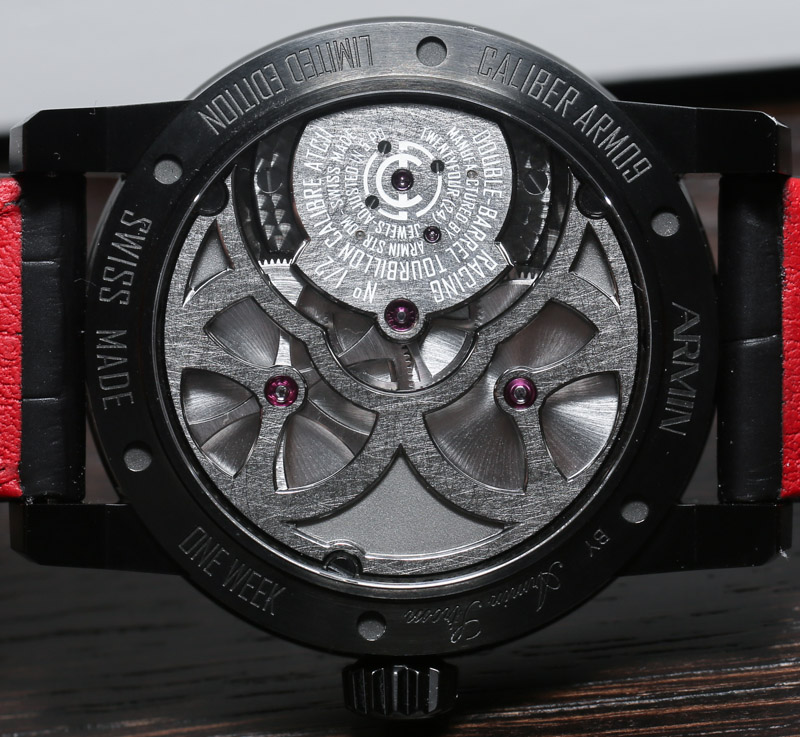