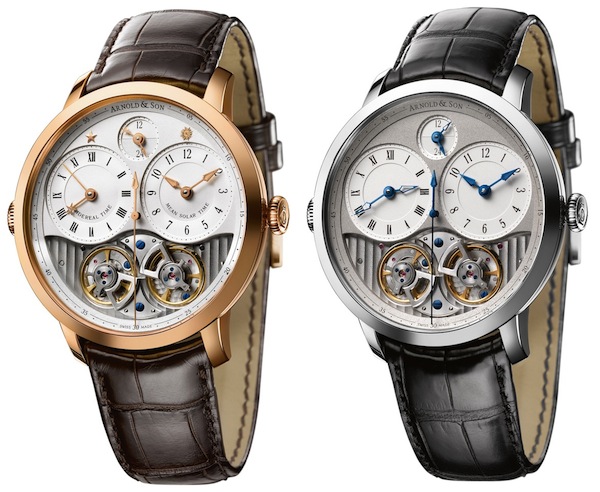 Arnold & Son has announced two new models into their Instrument range of Swiss high-end mechanical watches. The new models, called the DBS and DBG, offer dual time displays integrated into a single movement with each display being managed by a distinct barrel, gear train, escapement and balance. These new models are physically very similar and feature the same 44mm case, anti reflective sapphire crystal, sapphire display back and both are water resistant to 30m. Speaking to their complications, they are similar but have been designed to suit different purposes. With that in mind, let’s take a look at the DBS. 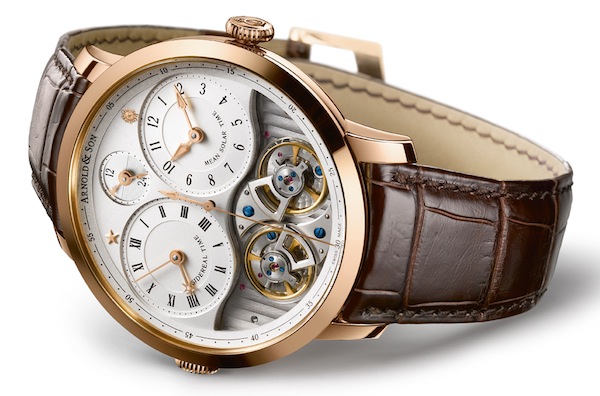 The Arnold & Son DBS (short for “Double Balance Sidereal time”) offers separate views of two different measurements of time. The left dial of the DBS is marked with a star emblem as this dial measures Sidereal time. Sidereal is a time scale based on the measurement of the Earth’s rotation relative to the fixed stars in the sky and is most notably used by astronomers. While this may seem like a re-purposed GMT movement, it is important to note that sidereal time does not rely on a standard 24 hour day. Sidereal time measures a day as being 23 hours, 56 minutes and 4.091 seconds long. The length of a sidereal day causes the math to change when designing a movement and necessitated the DBS’s caliber A&S 1311 movement to essentially be two movements combined into one main plate. This hand wound movement features an independent timing system for both dials on the DBS. Each dial has its own crown while the long second hand links with the portion of the movement which is powering the standard solar display (right dial). Lastly, at 12 o’clock there is a 24 hour AM/PM indicator with one hand displaying the sidereal reading and the other showing the solar reading, allowing for a quick check of the difference between each time scale. The DBS has been inspired by two of Arnold & Son’s earliest designs, as a tribute to models from 1796 and 1799 that were created by John Roger Arnold. Regardless of the heritage, the movement is certainly interesting and the DBS looks fantastic and is reminiscent of the Jaeger-LeCoultre Duometre we showed you here. Cased in gold, the DBS carries a suggested retail price of 42 660 CHF (~$46000 USD) so you will definitely need to think of a good excuse for why you need a quick view of sidereal time. 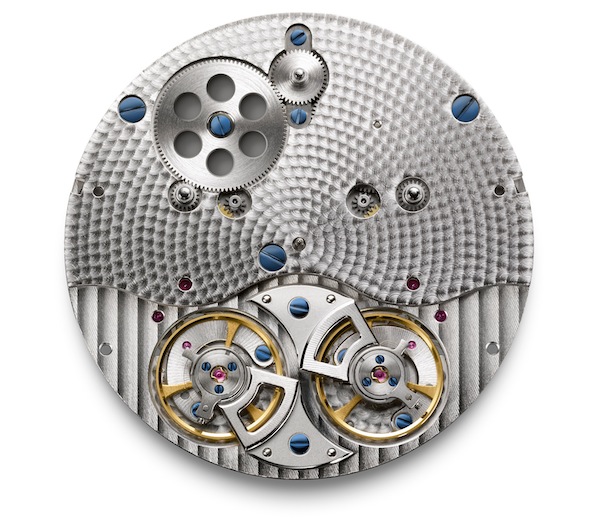 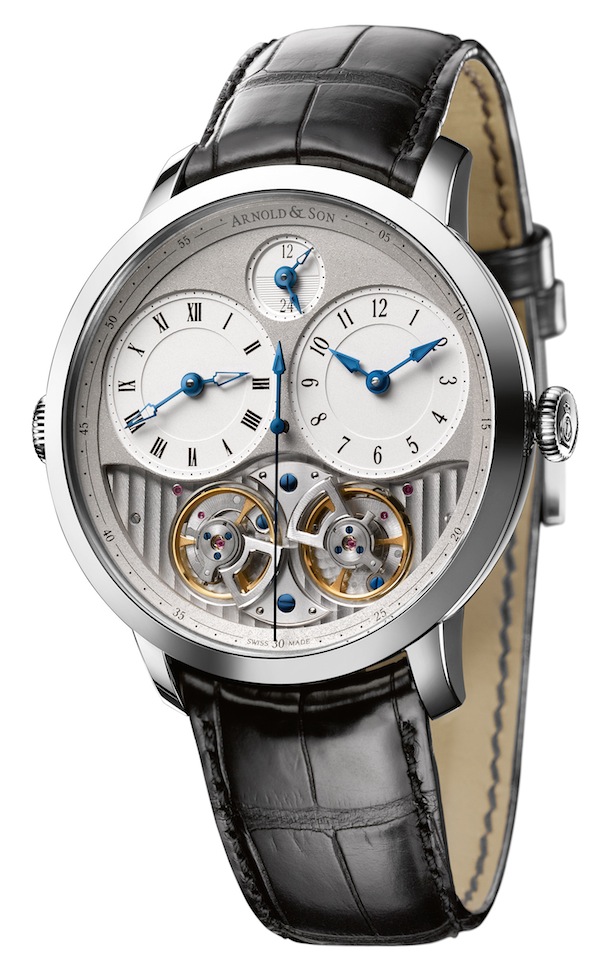 The second model offers a more conventional complication as DBG stands for “Double Balance GMT”. Here, a very similar movement powers two distinct time displays offering full control over two separate timezones (generally home and local). While certainly a novel design, this also allows the GMT dial to be set to accurately reflect timezone changes that are not whole hours (like the Canadian province of Newfoundland which uses a GMT offset of -3.5 hours). Much like the DBS, the DBG offers a combined view of the AM/PM indication for the two displays. With the left display featuring skeletonized hands, the 24 hour dial features the same distinction and would allow a very fast view of the day/night context of each time display, which can be very handy. The DBG is powered by the A&S 1209 which, like the 1311, offers a 40hr power reserve and features 42 jewels. The DBG can be had in stainless steel for 25 810 CHF (~$28000 USD) while the gold version will set you back a noticeable 39 420 CHF (~$42 500 USD). 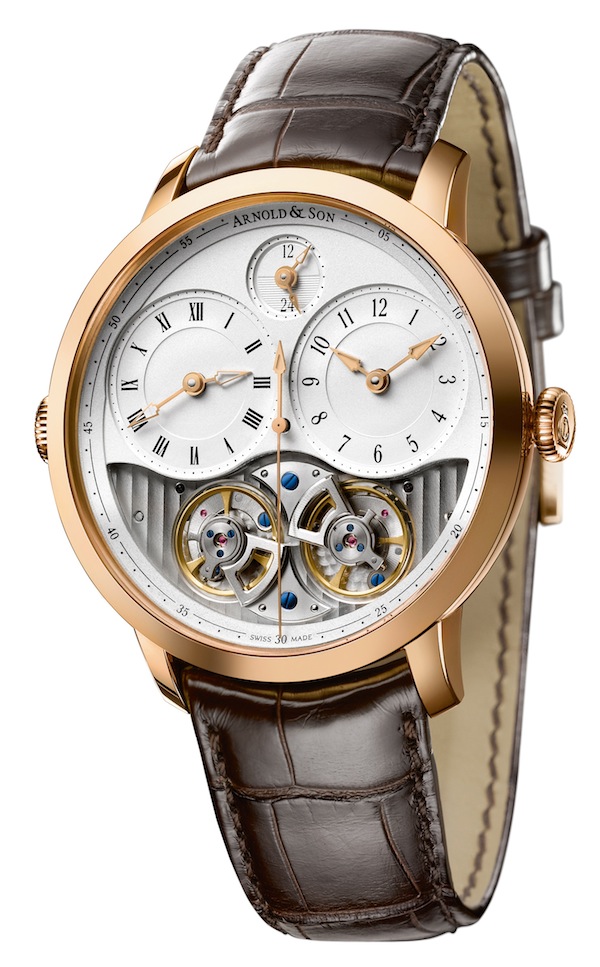 Obviously, we are not talking about everyday watches, but I think the DBS and DBG are pretty cool and offer an entertaining feature set bolstered by an elegant dial design (love the twin balance display) and noteworthy in-house movements. Expensive? Certainly, but this strata of watchmaking is less about value and more about emotion, exclusivity, charm and complication, all of which are exemplified by these new models from Arnold & Son.