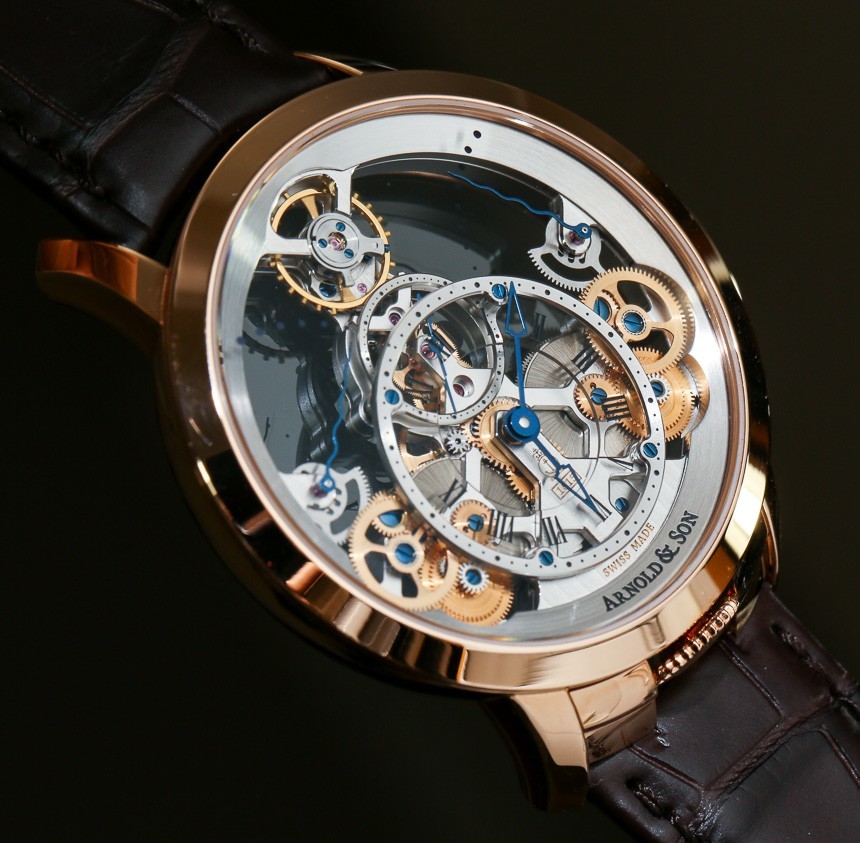 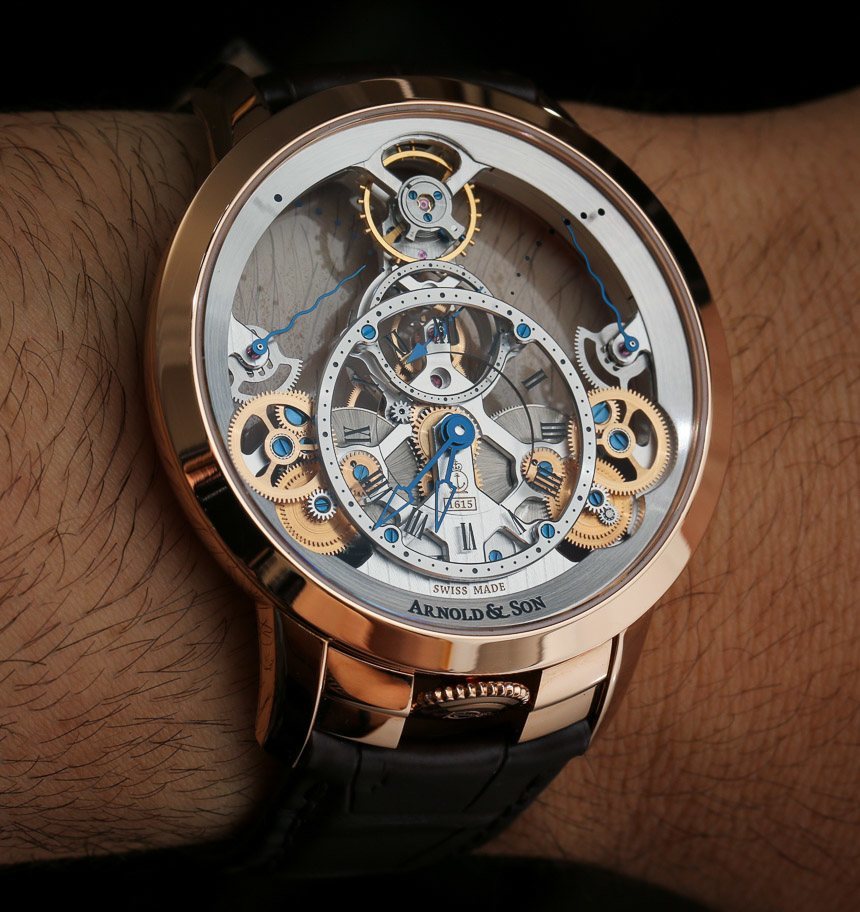 OK, first the bad news. Well it isn’t really bad, but I was upset to not get compliments and comments from everyone I met while wearing the Arnold & Son Time Pyramid. How do you not comment on a watch like this? Are people too shy? Yes, it is true that I didn’t go to watch gatherings or industry events with the watch – but still. This is the type of attractive mechanical watch that I know gets people excited. So why are people relatively quite about it? 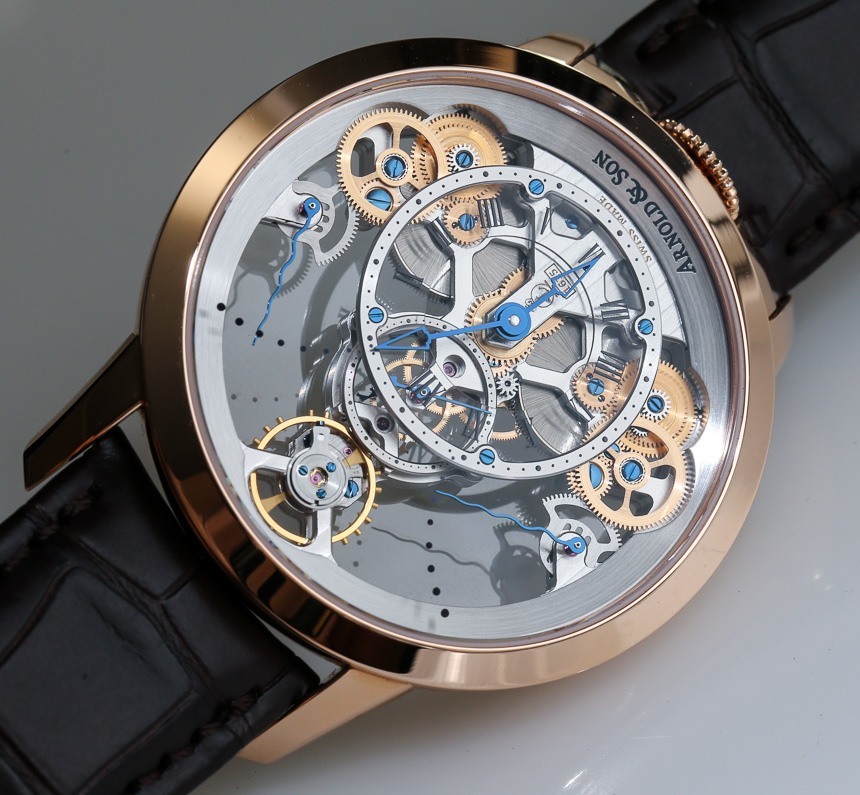 I think the answer has to do with the perceived complexity of the design. Looking at the face of the Arnold & Son Time Pyramid without knowing about timepieces is probably a bit intimidating. You might not know what to say. In fact, one of the things I hear from people a lot is that they want to comment on posts here on aBlogtoWatch, but don’t because they don’t feel like they have enough expertise to intelligently comment. I appreciate apprehension, but feedback is always a good thing and if presented in the right way, then people with more information are always apt to educate those with less.

Perhaps that is what I wanted from people – for them to inquire about the Arnold & Son Time Pyramid on my wrist so that I could educate them about horology and show them how this movement works. Even though the Arnold & Son Time Pyramid isn’t a totally basic movement, one can see the basic workings of a mechanical watch quite easily in the artistically designed skeletonized movement that sits between a sapphire sandwich. 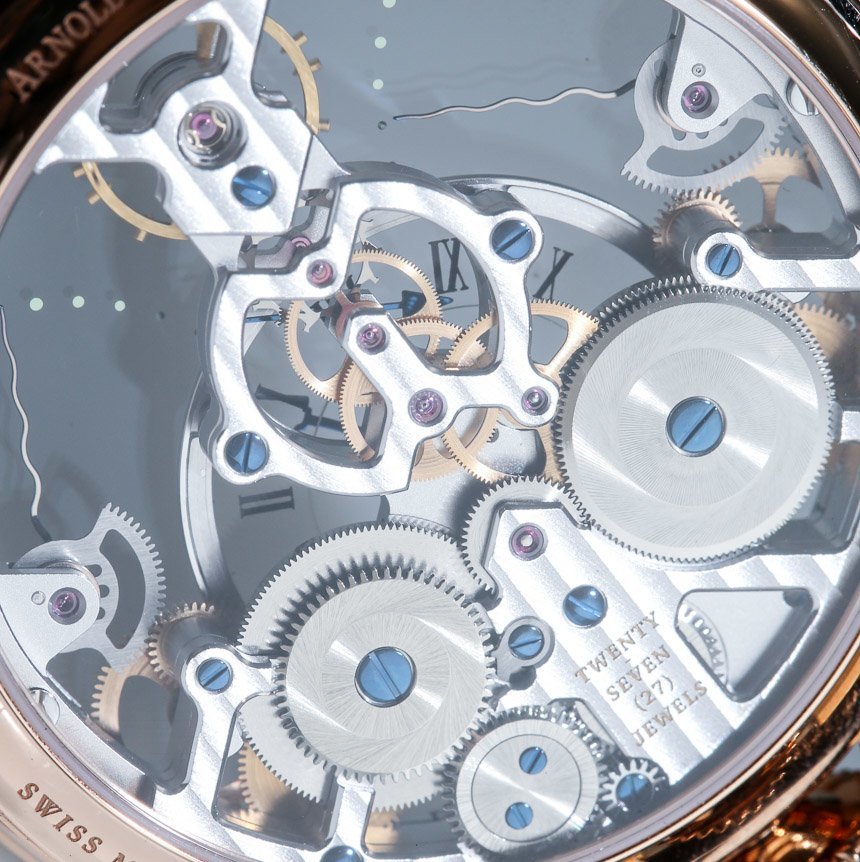 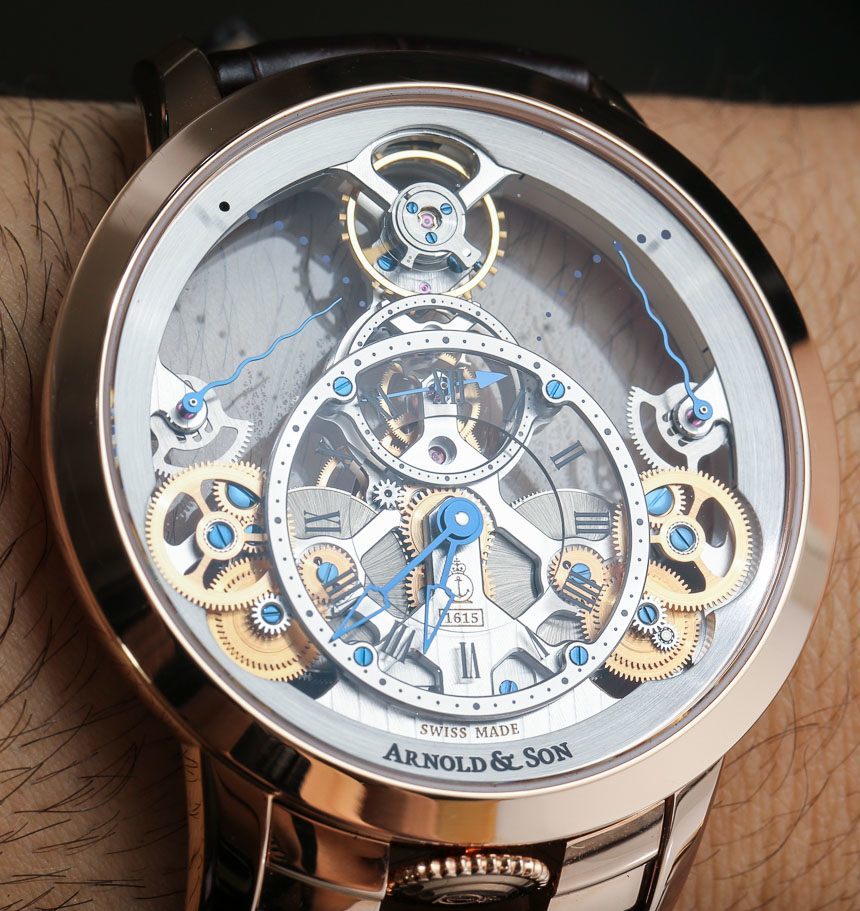 I am also a big fan of watch movements that are designed to look more or less symmetrical. Call it a weakness, but I have always been fond of such designs that make it clear the machine is meant to be appreciated visually. That is exactly what Arnold & Son did with the in-house made caliber A&S1615 manually wound movement. Of course, it needed to be nice, as there isn’t much of a dial to be found.

Having said that, reading the time is much more pleasurable than one might expect. The dial for the time begins with a ring of minute indicators and an inner ring of Roman numeral hour markers placed on a sapphire crystal. The blued steel hands are relatively easy to read and for what it is (mixing aesthetic elements with minimalism) the dial works pretty well. Just above it and one layer down on the dial is a subsidiary seconds dial. This element is slightly hard to read, but it is looked at less. 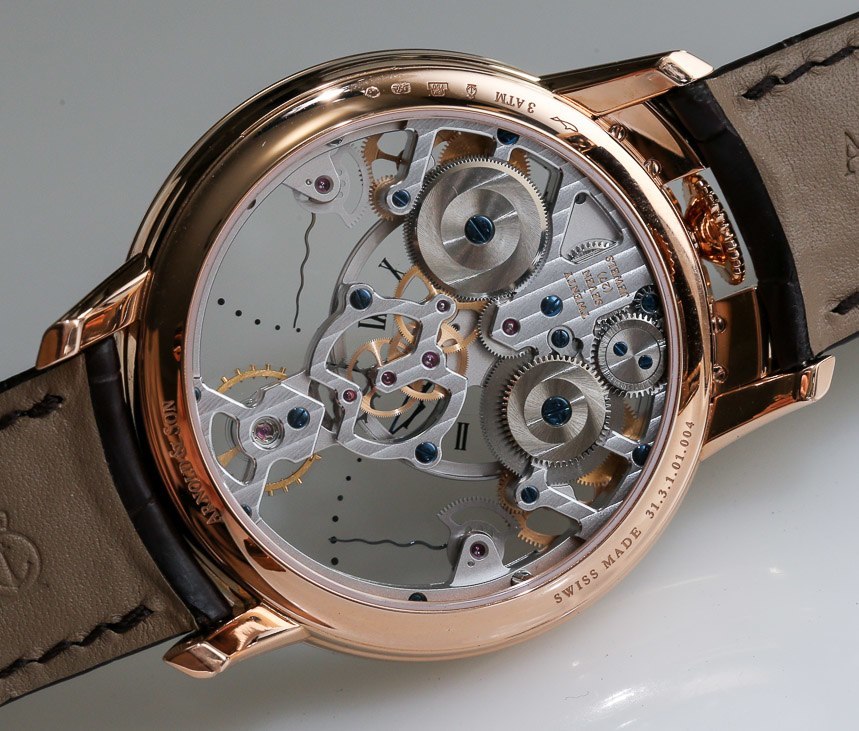 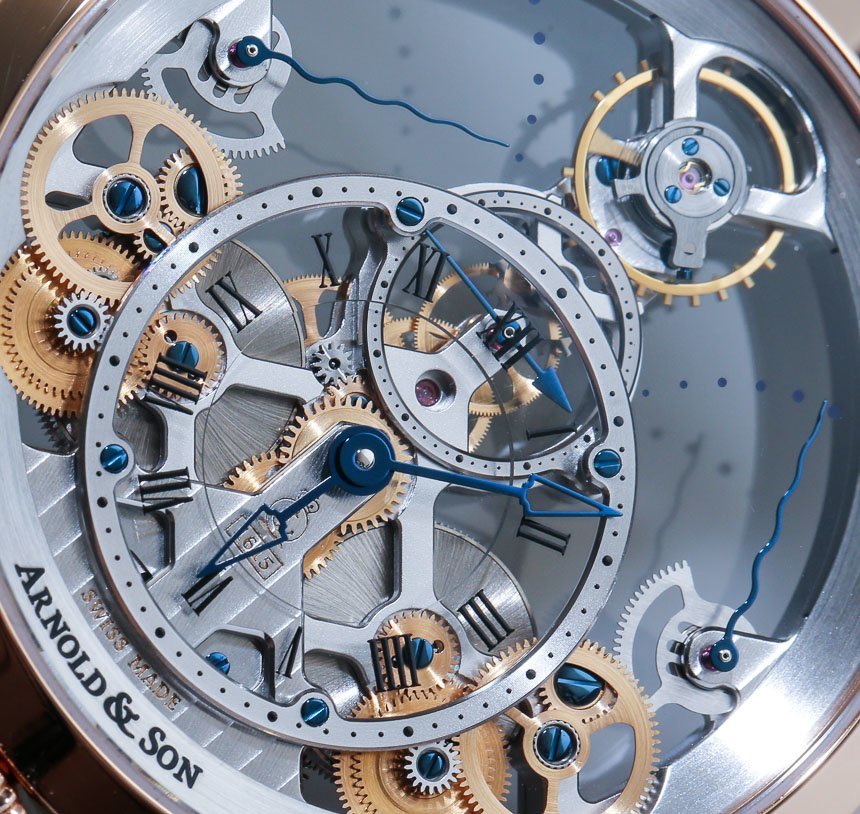 From all angles, the caliber A&S1615 is a delight to behold as it mixes silver, brass, and blued steel tones. It is also quite thin at just 4.4mm thick. Operating at 21,600 bph, the Arnold & Son Time Pyramid has a power reserve of 90 hours. As most of you know, my issue with many manually wound watches is the lack of power reserve. That isn’t an issue here, and as many already know, the Arnold & Son Time Pyramid has two of them as indicated by serpentine hands on the sides of the face.

One power reserve is for the main mainspring and the second is for the auxiliary mainspring. The concept behind the system is simple, but it requires some understanding about how mainsprings create a torque curve as they wind down over time. The idea is that when a spring is fully wound, it releases the most energy. The energy evens out to a sort of plateau during the middle of winding down, and toward the end of winding down, it has the least amount of power. This creates a difference of torque in the mainspring, which in turn has an effect on how accurate a watch is over time.