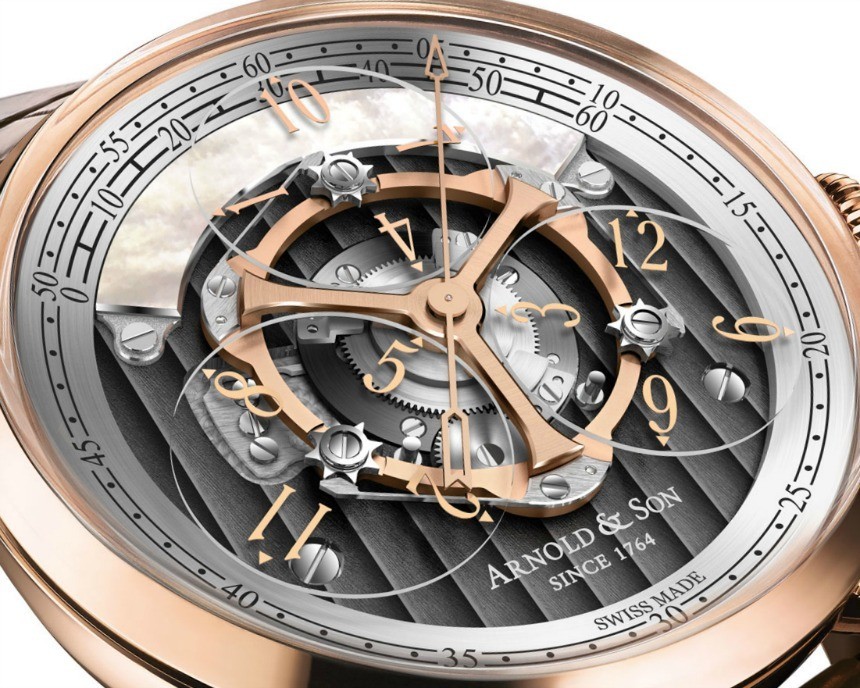 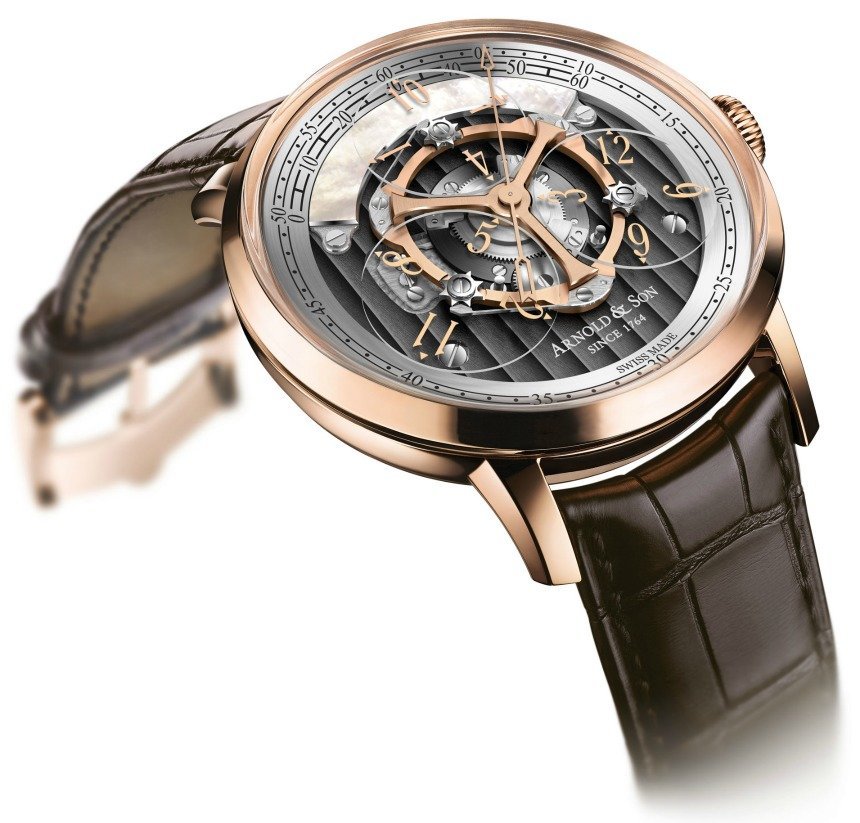 Some people are going to be really excited about the upcoming Arnold & Son Golden Wheel watch which marks a new “Star Wheel” style complication which many collectors have great enthusiasm for. This is a concept also known as “wandering hours” which has been around since at least the 18th century – though it is rare to find in watches today. The Arnold & Son Golden Wheel will mark a welcome return to the wandering hours concept with a little bit of Arnold & Son character and a lovely classic style.

“Star Wheel” is actually the name for a collection of watches from Audemars Piguet that was the last to emulate this style of watch. No longer produced, the Audemars Piguet Star Wheel came in a round case or in a Millenary form with the Audemars Piguet Millenary Star Wheel watch which Frank Geelen offered some hands-on with here. You can see the use of three transparent discs which revolve like a system of planetary gears which move an hour marker along a minute track. However, there is an even more modern interpretation of the wandering hours concept. 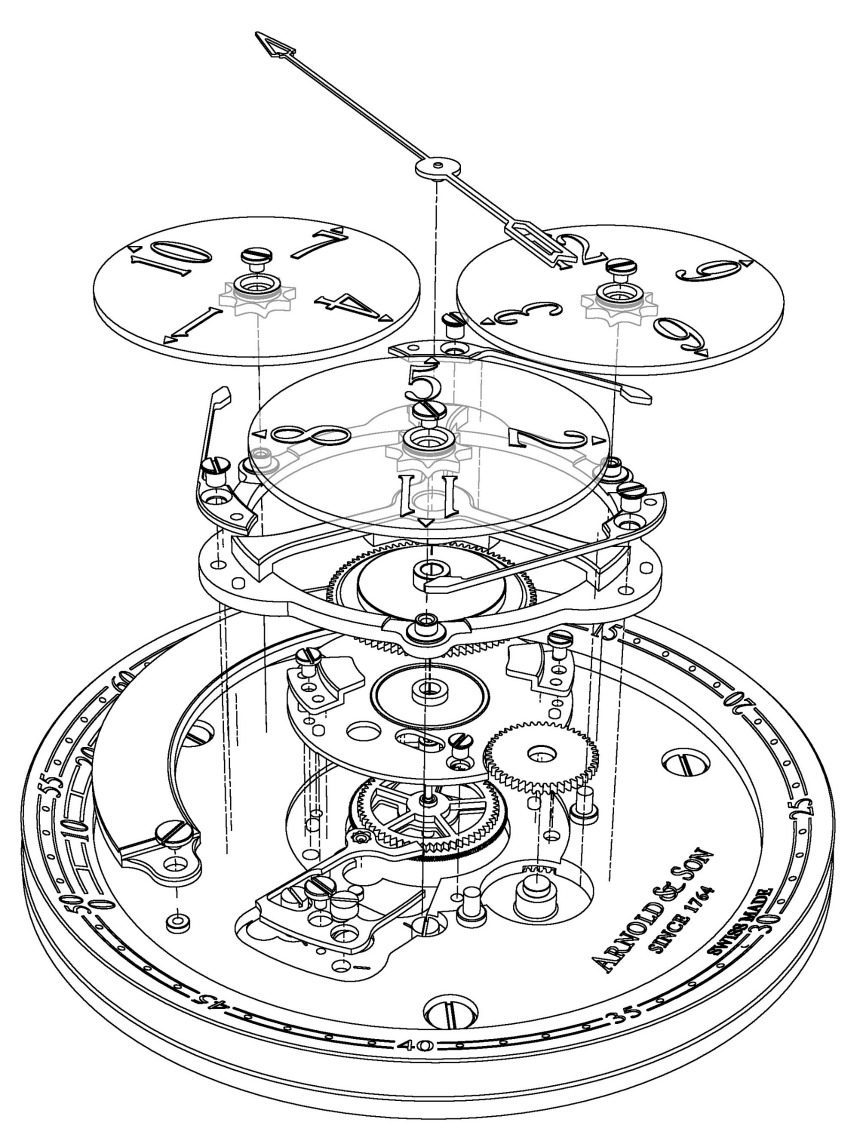 Urwerk watches, for the most part, all use the Star Wheel concept in a system they call “satellite hours.” While Urwerk adds a modern interpretation that is more complicated and three-dimensional, the concept remains the same. With that said, while Urwerk’s timepieces are very cool and undoubtedly modern in their appearance , they do leave out those people interested in more traditional style designs. So thanks to Arnold & Son, there is something new in this department with the Golden Wheel. In the watch we have a return to the transparent sapphire crystals that each have four hour markers printed on them. The entire system moves and the current hour is read at the 12 o’clock point on the case along the minute track. Under the indicator for the current hour is a base of mother-of-pearl which adds decor as well as legibility to reading the current time.

Above the entire hour indication system is a running seconds hand. This has “ticks” – it advances once every second, as opposed to 6-8 times per second – due to the dead beat seconds complication in this mechanical movement. No one is doing more dead beat seconds hand complications today than Arnold & Son, and it is interesting to see it applied here. Of course, even though the seconds hand ticks, this is a purely mechanical watch – and the dial design really takes the wandering hours concept into modern times with the view of the finely finished movement parts on the dial. This is all part of the in-house made Arnold & Son caliber A&S6018 automatic movement that operates at 4Hz with about 50 hours of power reserve.

Arnold & Son reminds us that this is the first movement in the world to combine a “jumping digital hours” complication with a “true beat” (dead beat) seconds hand – we don’t challenge that claim. The overall dial and design is very attractive, though the scales on the periphery of the dial look a bit cluttered where the minute track is overlapped by the seconds track – a minor complaint. The central “time-carrousel” that holds the discs is in 18k red gold and contrasts well against the grey movement components underneath it.