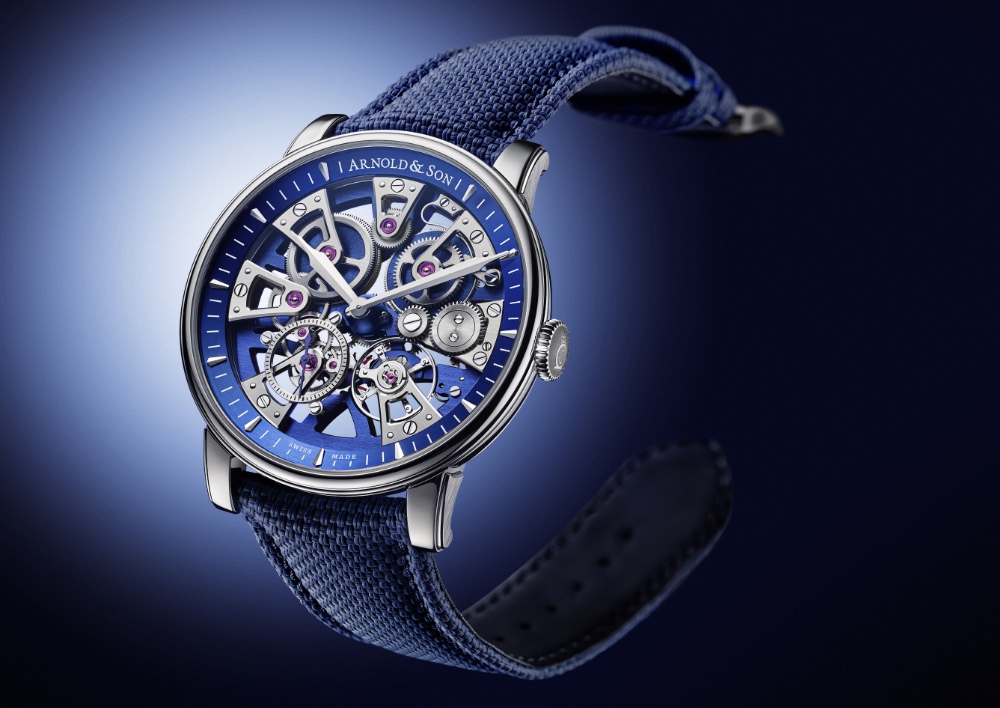 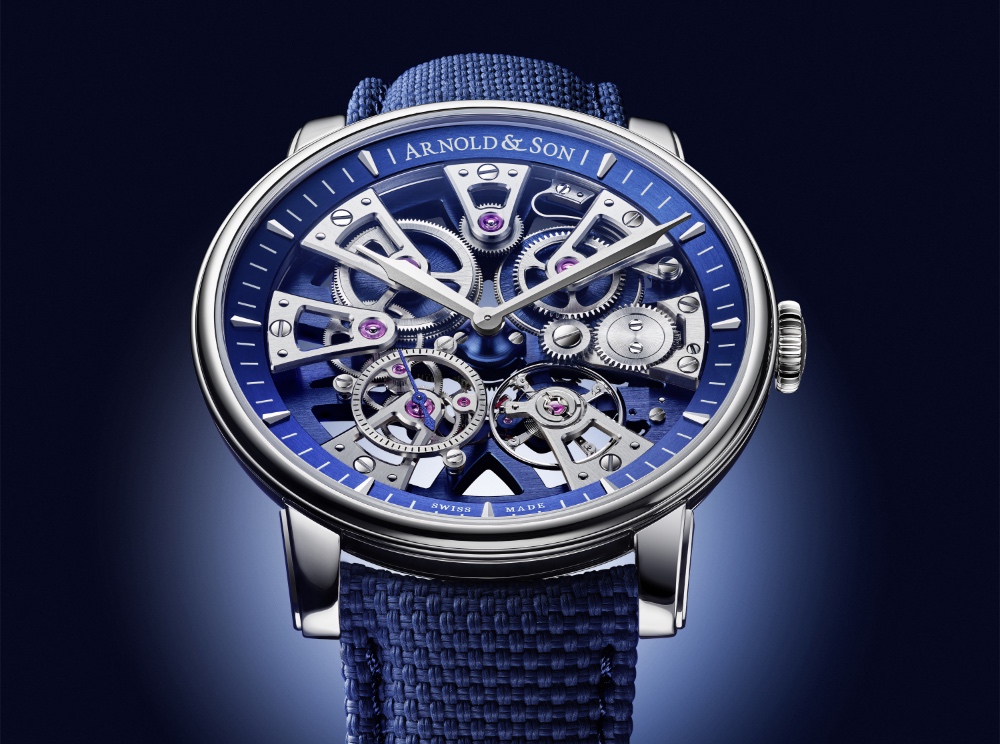 Arnold & Son has just unveiled a new version of its skeletonized Nebula 41.5 Steel watch, which has a striking blue finish. Before we talk about this watch, a brief history lesson on the Nebula: The first Nebula was introduced in 2016, and it came in 41.5mm sizing, both in red gold and stainless steel. In 2019, the brand introduced a 38mm version that only came in red gold. A year later, it followed up with another 38mm rendition, this time in stainless steel. And now, there’s a new 41.5mm stainless steel version with a new blue finish. So, there you go, a quick primer on the history of the Nebula.

This new model is called the Nebula 41.5 Steel – Blue and, as I said, it features a 41.5mm case that’s identical to the other 41.5mm versions in the collection. The lugs are quite prominent, and the thin bezel gives the illusion of a watch that’s bigger than what the specs suggest. It also accentuates the expansiveness of the dial. The case is only water-resistant to 30 meters, so stay away from large bodies of liquids. 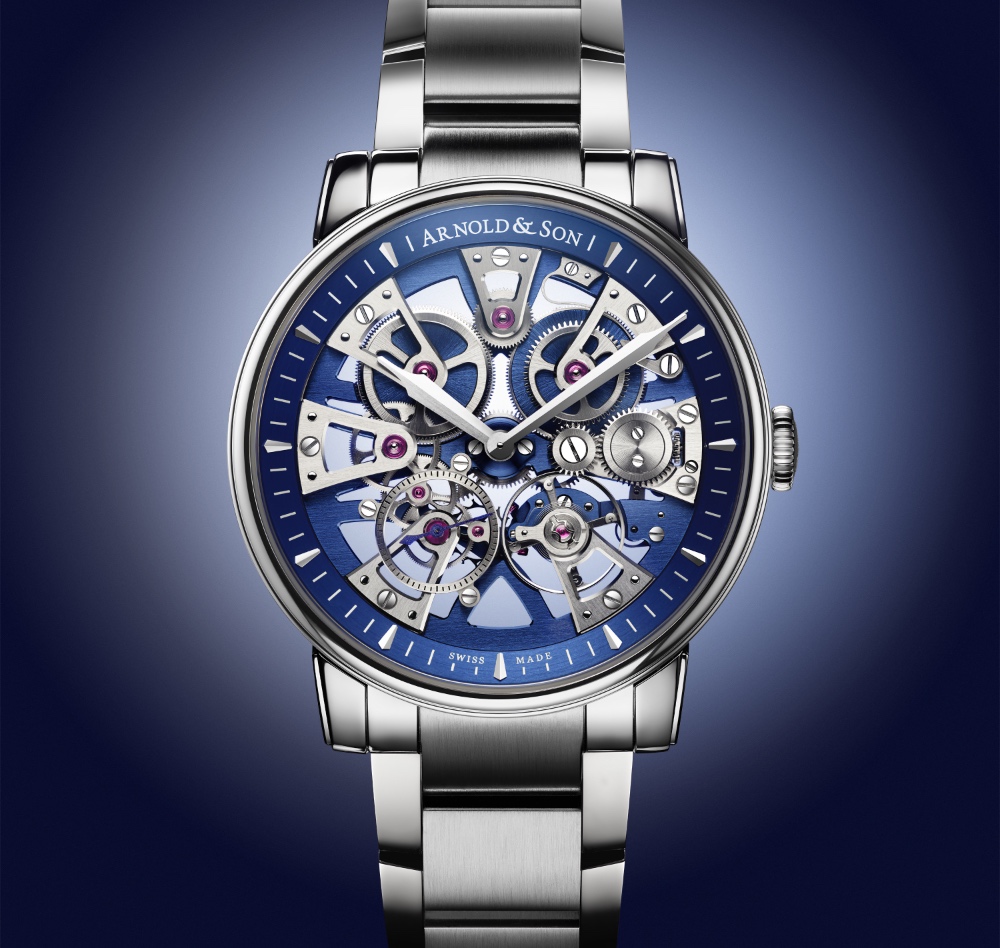 The dial is a treat. This is a heavily skeletonized movement, and all of the inner workings of the watch are on display for the world to see and admire. The main plate, barrel covers, and the flange around the dial have been given a blue PVD treatment that provides contrast against the bridges of the movement, which are treated with palladium; the indices and hands are rhodium-plated. My only criticism, based on the press photos, at least, is that the hands appear lost in the dial. Perhaps using another material or color with great contrast would provide better legibility. 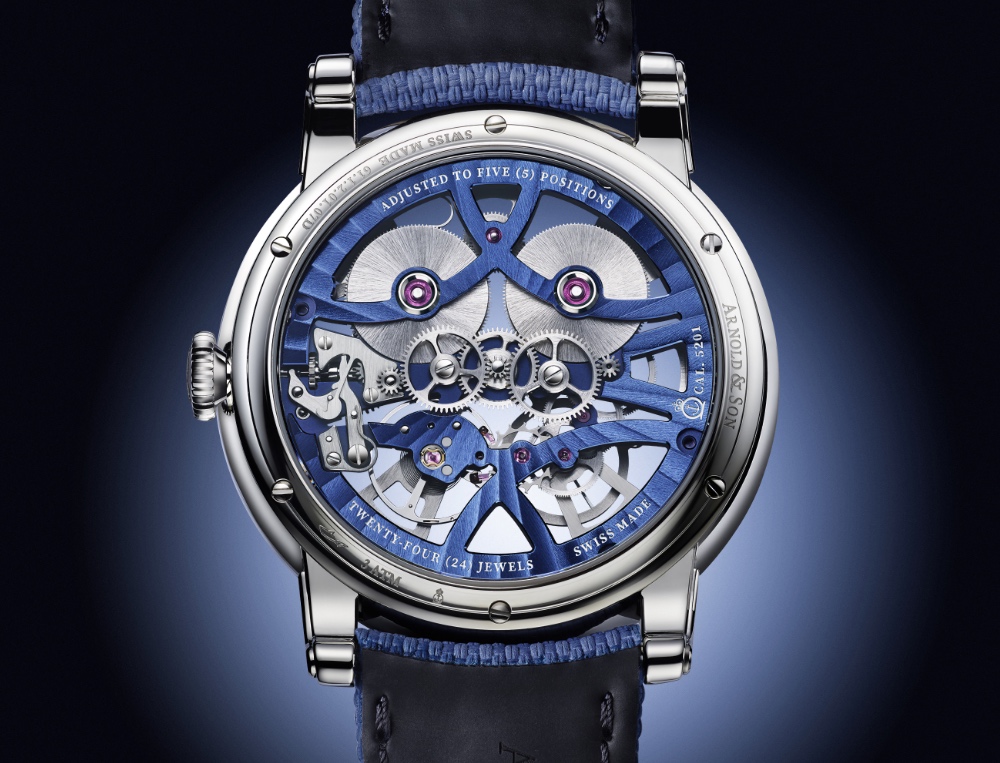 The movement within is designated by Arnold & Son as the A&S5201. It’s a hand-wound movement that beats at 3Hz and has a power reserve of 90 hours. More importantly, it was conceived as a skeletonized movement (as opposed to being a regular movement with materials stripped out. The architecture is, therefore, very unique in that it appears to be entirely symmetrical. As is the case with other skeletonized movements, this one is heavily decorated, too. Apart from the blue PVD finish, the mainplate features “Rayons de la Gloire” guilloché, and the barrels have sunray-brushed finishing. The bridges are beveled and satin-finished. The screws are also beveled and have mirror-polished heads. 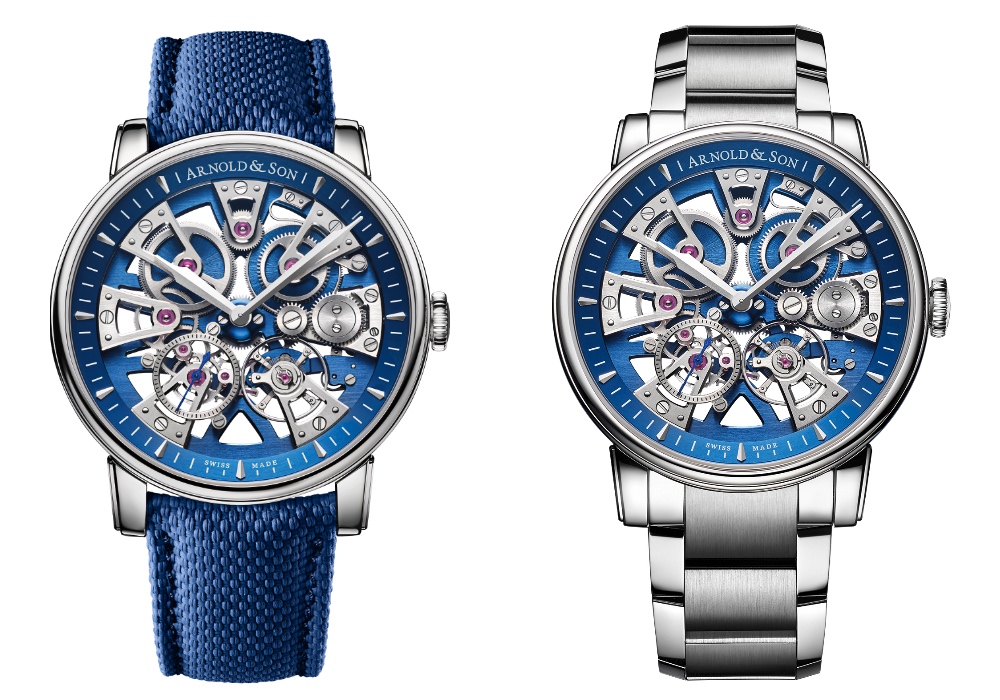 For fans of skeletonized watches, the Arnold & Son Nebula is an often overlooked piece and one that deserves greater attention. There aren’t many in this price range that have movements that were conceived from the ground up to be skeletonized. This gives the Nebula an edge because it has an unusually symmetrical architecture. And as for these new versions, I’m certain they will be well received because blue is a very popular color, and the execution is mostly spot-on. The Nebula 4.1 Steel – Blue will be available with a stainless steel bracelet at 16,900 Swiss Francs or a blue rubber strap at 15,700 Swiss Francs. For more information, visit Arnold & Son’s webpage.