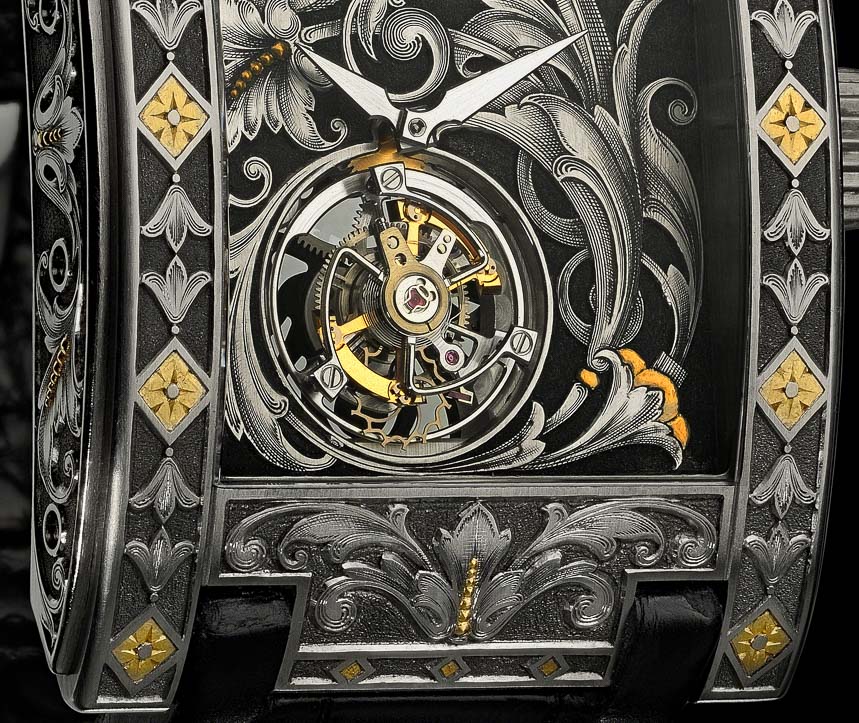 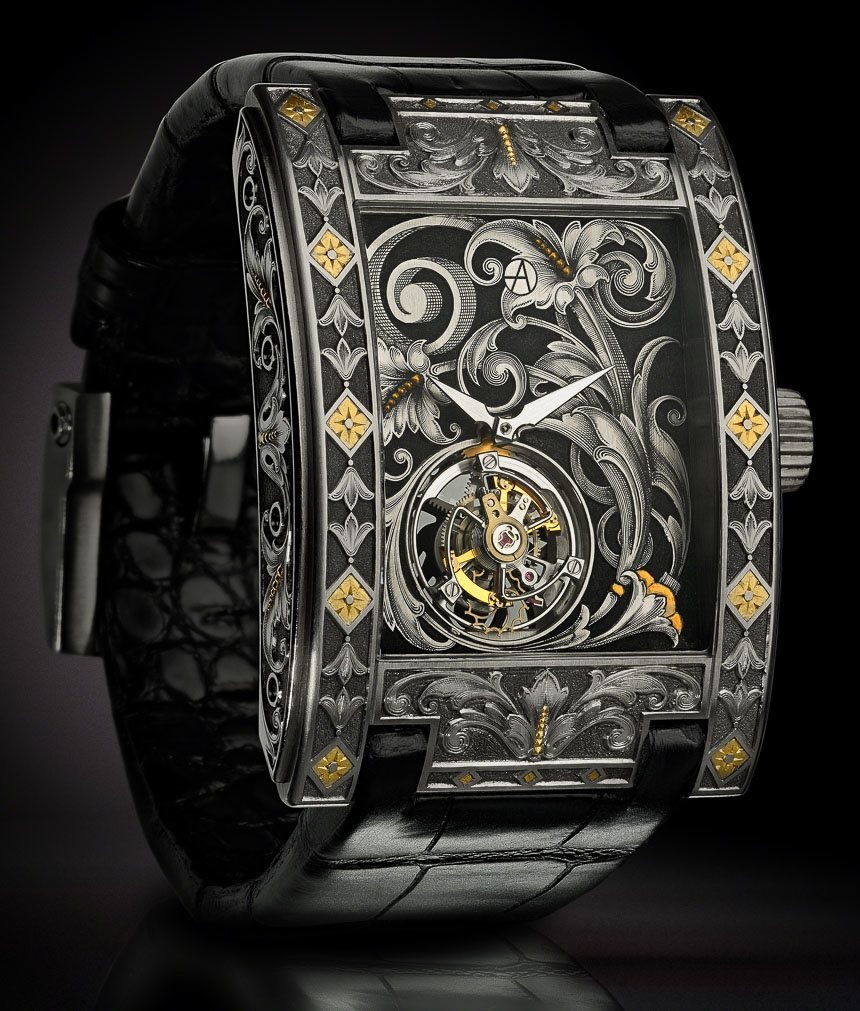 Yvan Arpa’s Artya watches once again debuts a surprise piece unique model at the upper end of what we might expect from the boutique Geneva-based Swiss “art watch” maker. Rather than deforming a watch case with high voltage electricity or decorating a dial with spiders, insect wings, or human blood, we get the Artya Arabesque Tourbillon that is decorated with hand-engraving. What type of hand engraving? Arabesque engraving… and they threw in a tourbillon.

While timepieces such as this are rare for Artya, they aren’t totally unheard of either. Moreover, Yvan Arpa has plenty of experience with extremely high-end watches. Just a few years ago, aBlogtoWatch covered another brand he is involved with called Spero Lucem, with the “crazy hands” La Clemence tourbillon minute repeater. We also went hands-on with the Artya Son of a Gun Tourbillon watch here. For summer 2015, we now have the Artya Arabesque Tourbillon, and according to Yvan Arpa it is inspired by the Wild West.

So much of the design of the Arabesque Tourbillon is strange, even though on the surface this is a classic-looking watch. The square case is curved and looks comfortable, but it does look like someone combined a fancy western belt buckle and an engraved gun stock. In fact, both of those things are probably items which inspired Artya in the design and development of the decoration.

In addition to engraved Arabesque motifs, the case has elements of inlaid 24k gold – for further decorative value, that is. What is further interesting, is that the case is produced from titanium – not a material you’d commonly expect to be associated with engraved cases. Titanium is extremely hard to engrave, but so is steel for that matter. According to Artya, it took a master engraver about 100 hours to fully engrave the Arabesque Tourbillon’s titanium case. Adding to the difficulty, the chisels used to do the engraving lasted just 2 minutes each. That means the engraver needed to go through a lot of tools just to get this watch right.

On the wrist, the Artya Arabesque Tourbillon is 40mm wide by 52.5mm tall. I actually think it looks very interesting despite the fact that, given its dimensions, it will look as though it is sitting high on the wrist. Nevermind that, this is one interesting piece of engraved art. And of course, Artya only produced one of this particular type.

Inside the Arabesque Tourbillon is a manually wound, flying tourbillon-based movement with a 72-hour power reserve. If you look closely, you’ll notice that the time is not displayed directly in the center of the dial. I am not sure why this is, but when it comes to design decision choices such as this, Artya would probably just say “we thought it looked cool.” In addition to the engraved case, the dial is also engraved and the tourbillon window sits framed by an Arabesque twirl.

Attached to a black crocodile strap, the Artya Arabesque Tourbillon watch is a piece unique, meaning just one will be produced. If it sells, then I am sure Artya will enlist the talents of the master engraver to produce another – different yet similar – version. It is difficult not to like a watch like this, because it has so much artistic value even if it is not your taste. I am a sucker for Arabesque patterns and motifs so I am into it. I think “surface decorations” need to make a comeback. Down with all the mass-produced boring stuff produced today which is done in the name of “minimalism.” I mean really, most of that stuff is just soulless. At least a watch like the Artya Arabesque Tourbillon has a personality. It also has a price of $217,000. artya.com