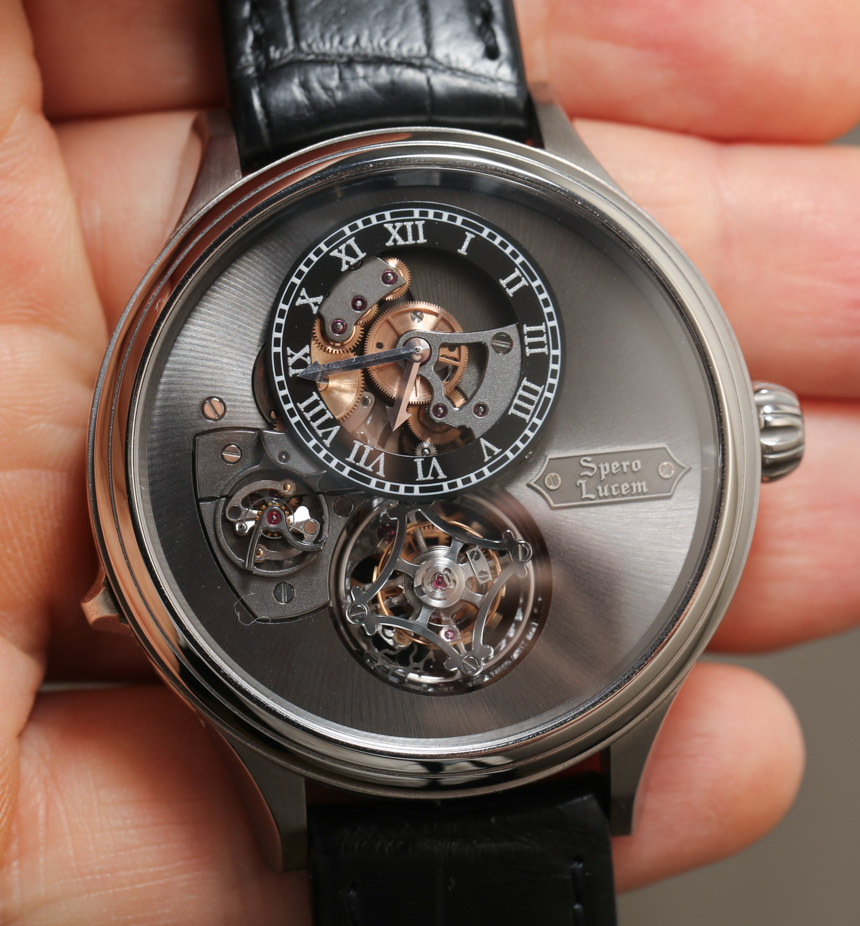 We are really happy to show you a video of the La Clemence watch in action – else it would be difficult to understand what new brand Spero Lucem’s flagship watch is all about. When we learned about Spero Lucem back at Baselworld 2013 we were quite surprised that it was co-founded by aBlogtoWatch friend and watch artist Yvan Arpa. People who follow us know that we like to keep up with Yvan’s latest shenanigans at his own brand, Artya. 2013 for example, saw the debut of the Son of Sound watch collection. In the same year, Yvan announced Spero Lucem, a brand that is in many ways quite uncharacteristically Arpa.

In addition to Swiss manufacturing partners SC2 and Manufacture Hautes Complications, Spero Lucem was co-founded by a female watch collector. She is Caiyun Song, an articulate and clever businesswoman from China who no doubt helped restrain Arpa when it came to producing a unique, yet sorta conservative high-end timepiece – dreamed up in, and honoring the city of Geneva. Spero Lucem as a brand is something that could only exist in the luxury industry. A low production maker of wild items that no one needs, but many people instinctively want. So let’s take a look at this rather special watch. 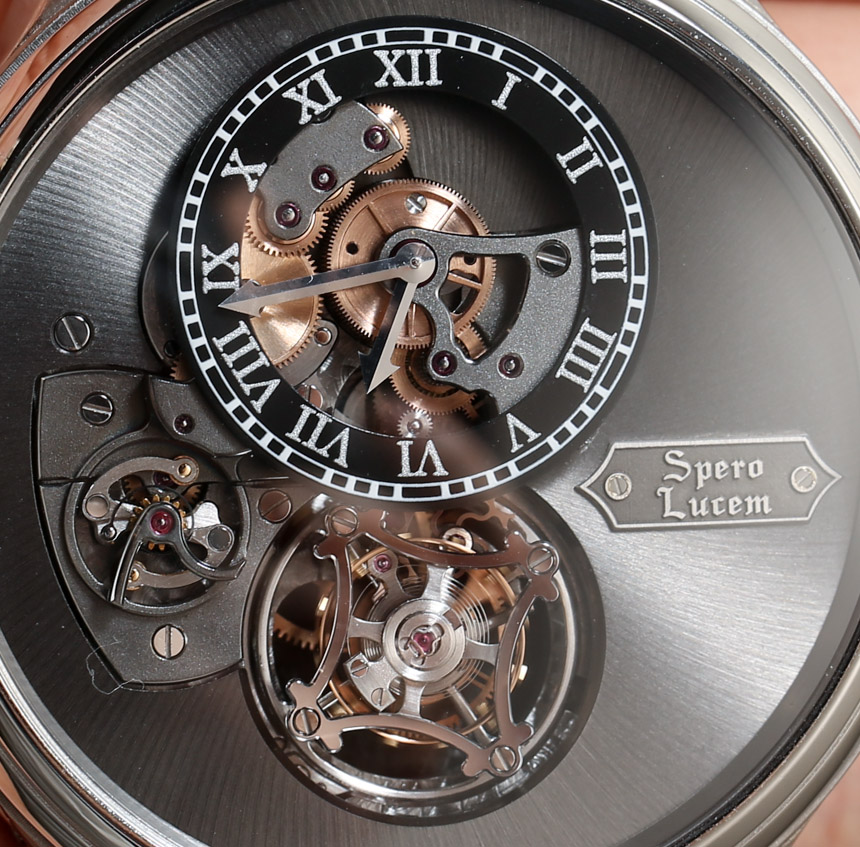 In terms of functionality, the La Clemence includes a tourbillon, minute repeater, time, and something…. else. The last feature is a whimsical complication that Yvan himself refers to as “crazy hands.” Because the watch includes a minute repeater and tourbillon, you know it is a high-value item for sure. On top of that, Spero Lucem wanted to add a “smile inducer” it seems. While we have no complaints about the minute repeater and tourbillon (they  work marvellously), they have been done many times before. Where is the value proposition of having yet another $300,000 plus minute repeater tourbillon? So, in the case of the La Clemence watch, a new complication was designed. Here is how it works: when the minute repeater is operating, the hands on the eccentric dial that tell the time will move around the dial wildly. When the minute repeater is finished chiming, the hands return to their original position indicating the time. Simple, perhaps silly, but nevertheless satisfying.

At launch,  Spero Lucem debuts with four products. This includes two watches (the other is called La Jonction), a folding Damascus steel knife with moving watch gears in it, and a cross-shaped pendant for women covered in diamonds. It is an interesting little collection of luxury items for sure. From a visual perspective, especially the case, this might be the most conservatively designed watches Yvan Arpa has ever been a part of creating, but I think it is good for him. Though I never thought he’d work with someone ever again. 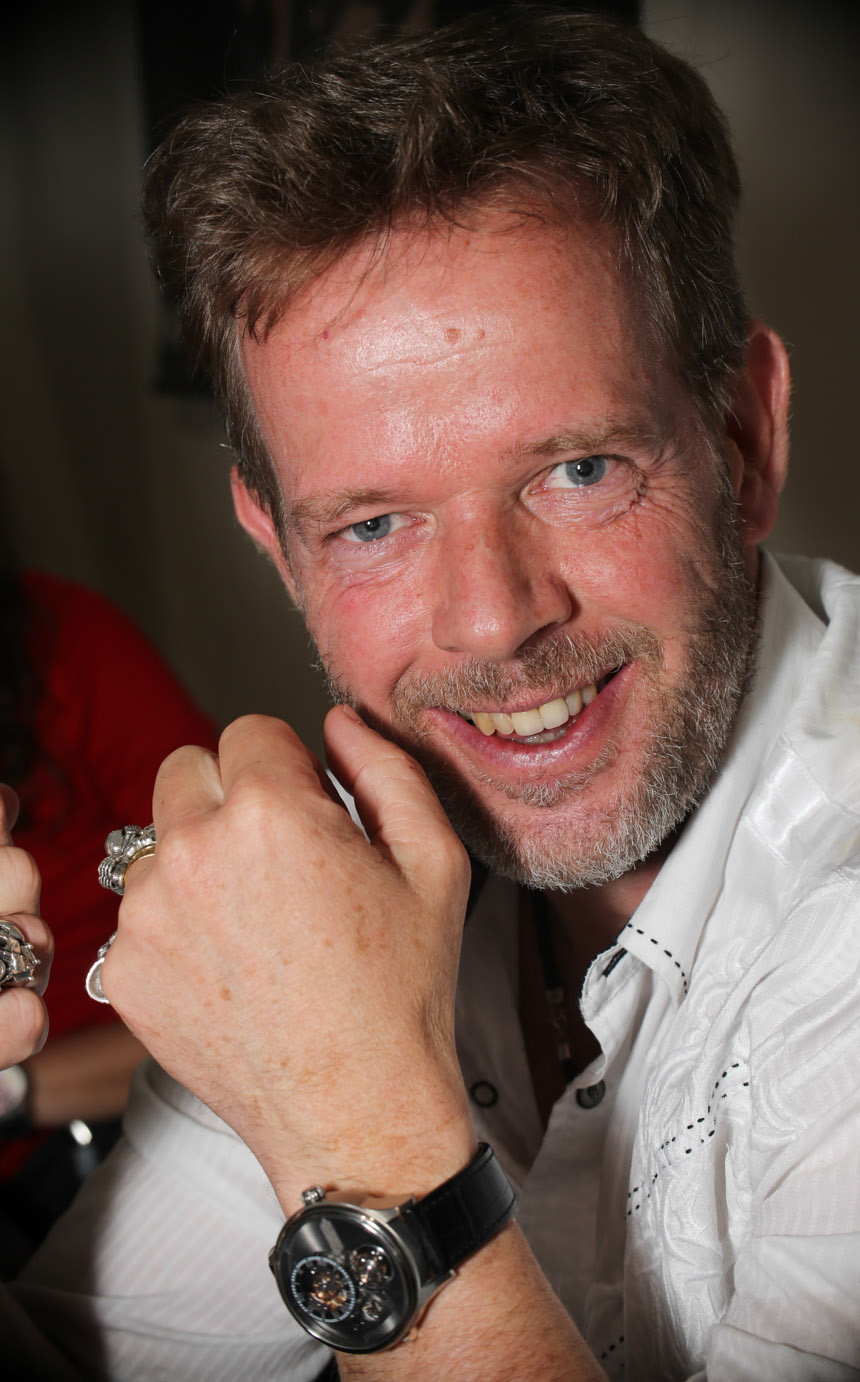 After Arpa’s less than friendly departure from Romain Jerome a few years ago, he had to sue them in order to reclaim monies apparently owed to him. Each side probably had a decent argument, but Arpa walked away with a very poor taste in his mouth. He later worked with several other brands such as (now defunct) Volna, and then Jacob & Company. Each relationship was a bit short-lived. It is difficult to assign blame, but Arpa certainly has a unique way of operating within the typically conformist culture that is the watch industry. His own Artya brand is a great example of how he does things. What is novel about his relationship with Spero Lucem is that the brand is entirely new from the start. Arpa isn’t walking into an existing company, but was there from the beginning.

What Arpa really seems to want to do is make interesting watches, meet with clients, and make people “feel” something when they see his creations. He probably isn’t the world’s best business person, but has fared far better than most. In a nutshell he is more artist than watchmaker, and ironically that is rare, at least in the Swiss parts of the watch world. Geneva is his home, so there is a lot of him in the concept of Spero Lucem for sure… next »