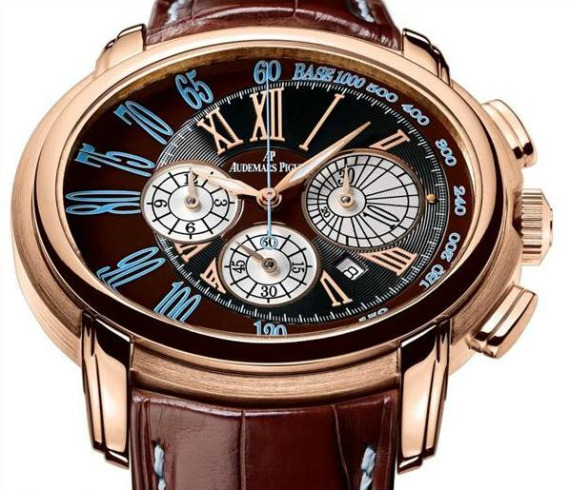 You know that I have been economically deluded by the watch world when I hear that a watch costs around $35,000, only to think, “that sounds like a really good price.” Not that I can afford it, I just wouldn’t expect an 18k rose gold-cased Audemars Piguet watch with an in house chronograph movement to go for that “low” of a price. I must have luxo-fever. But for $35,000 you can’t go too wrong with this beautiful chronograph version of Audemars Piguet’s lovely Millenary watch. The sorta asymmetric is not off-centered as it might appear. Two oblong circles overlap to create that interesting look that Audemars Piguet perfected. Though, the chronograph version does actually have some off-centered dials.

The standard Millenary watch uses the two circles for the minute or the hours. This version uses the outer circle cleverly as a tachymeter. It is not the most elegant application of a tachymeter scale, but it works. The dial has everything in the right place, though it does come across as though it is a reflection out of a funhouse mirror looking a bit misshapen. 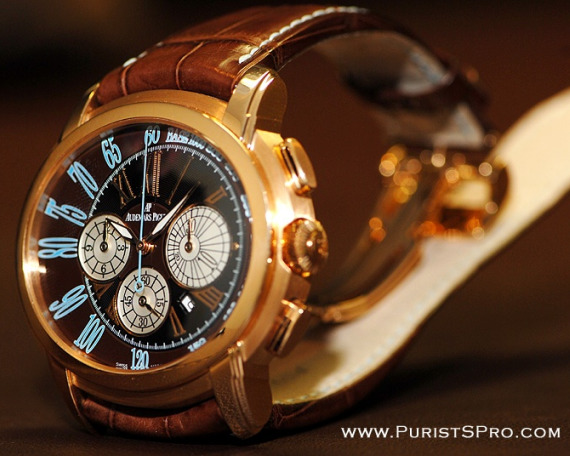 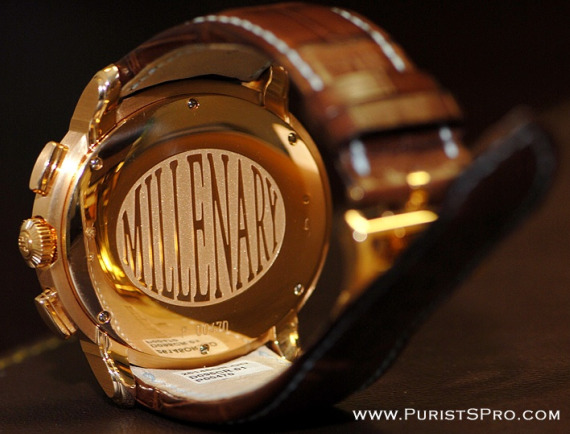 The case is in 18kt rose gold and measures 47mm x 42mm, pretty nicely sized! Inside, the mechanical movement is the automatic AP caliber 2385 with a power reserve of 40 hours (not exactly a stellar power reserve, but it is a chronograph movement). Sky blue is found throughout the dial as well as gold used for the out markers and the hands. It is a pretty bold little number, and a charming edition to something from Audemars Piguet that is not a Royal Oak watch. If you look on the rear of the watch, the branding reminds me too much of those fish you sometimes see attached to the back of people’s cars. I think you know what I mean.