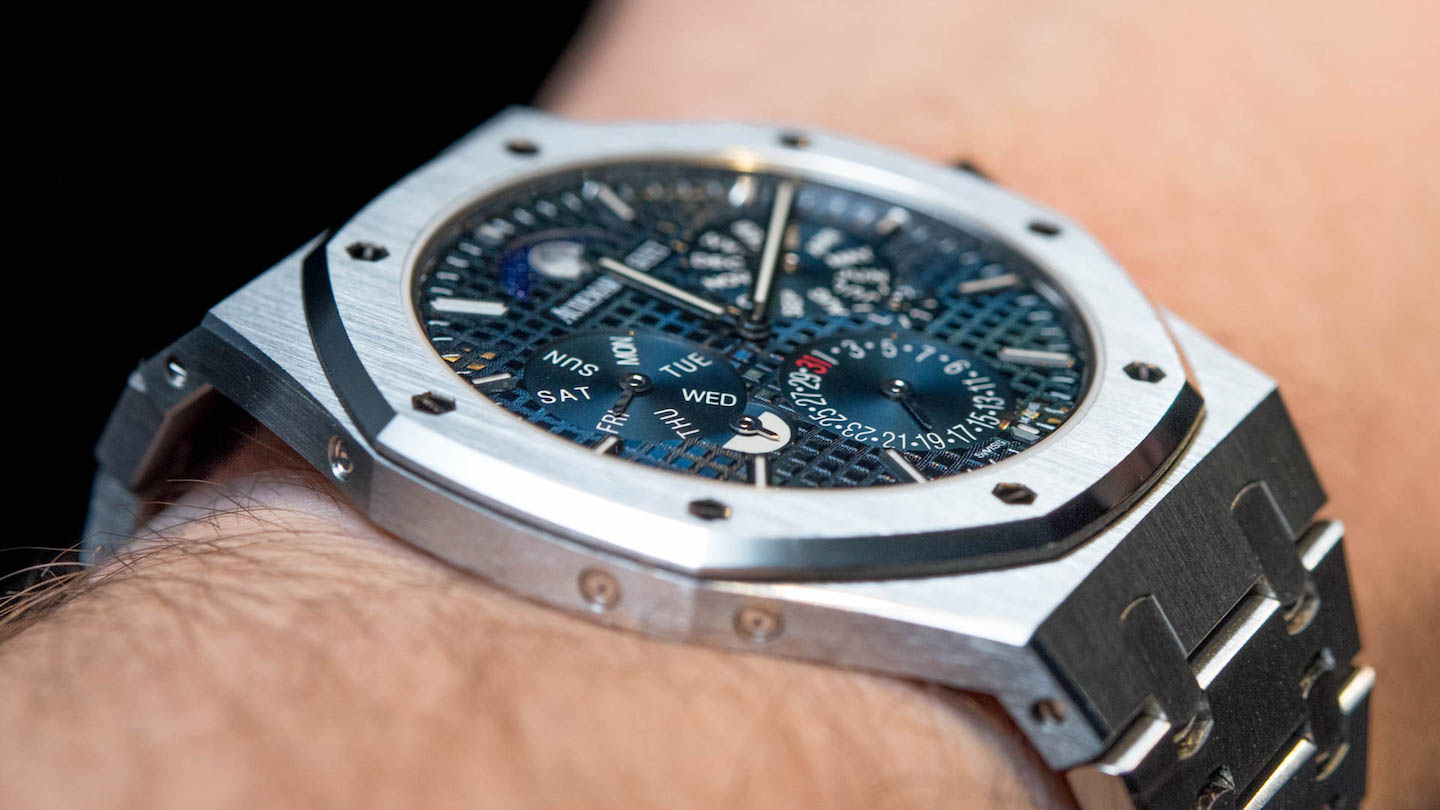 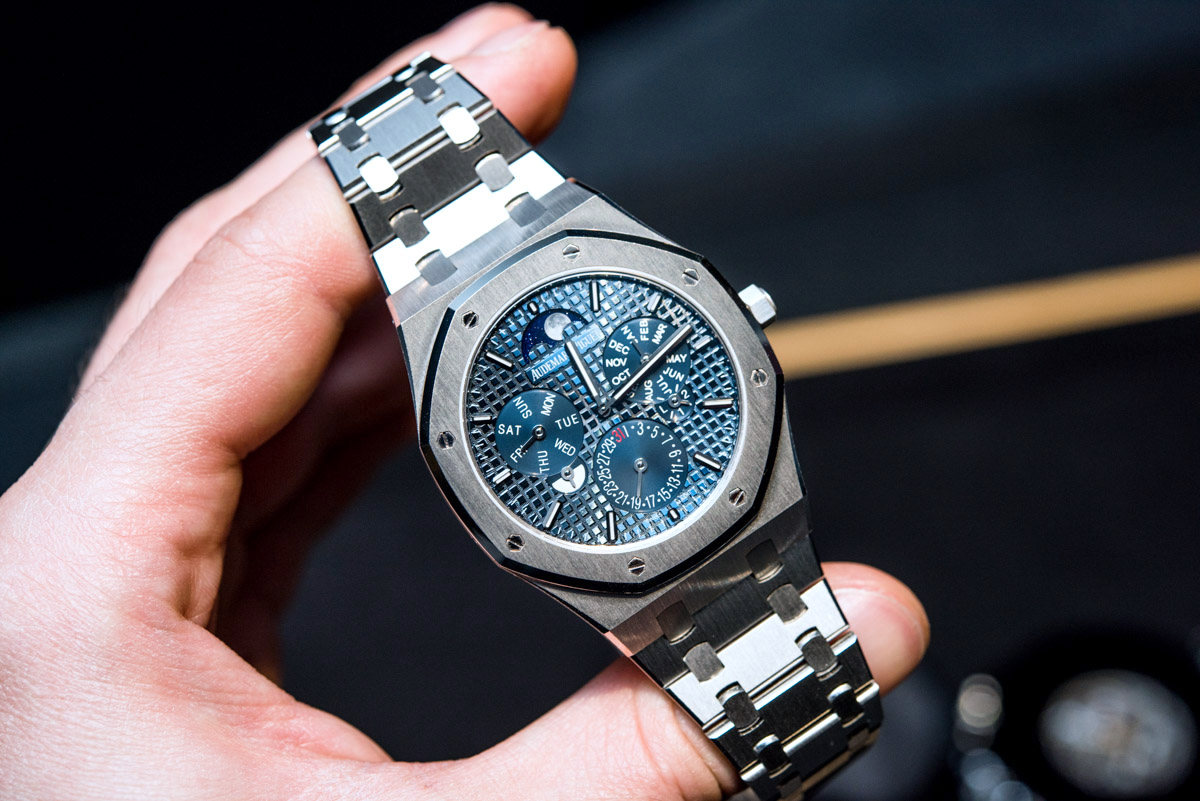 I can say this from extensive experience; the Swiss do tend to get rather dramatic when they decide they want to have all your attention. In this latest instance this tendency manifested in a black-walled chamber with pitch black tinted windows and dark orange lights, supposedly popular in the interrogation business, along with some pieces of timber to remind you that there is a nice, neat world somewhere out there – just not in here. Seriously, though, their focus on minimizing distractions is immediately, though perhaps subconsciously apparent, which is weird because the product itself is more than sufficient to capture the undivided attention of any serious watch enthusiast – and that’s especially true, when the lid is off the new thinnest of its kind, the Audemars Piguet Royal Oak RD#2 Perpetual Calendar Ultra-Thin. 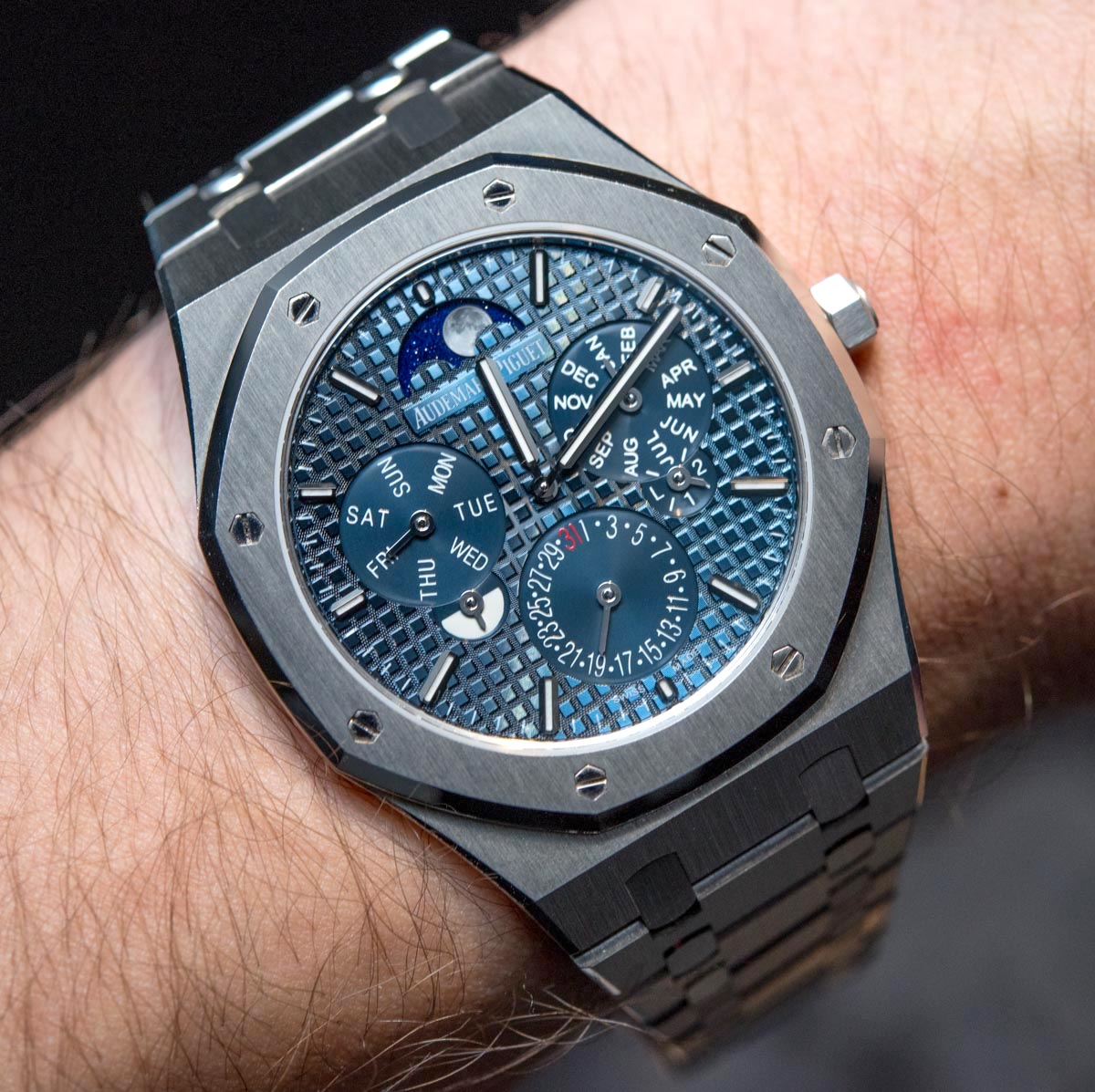 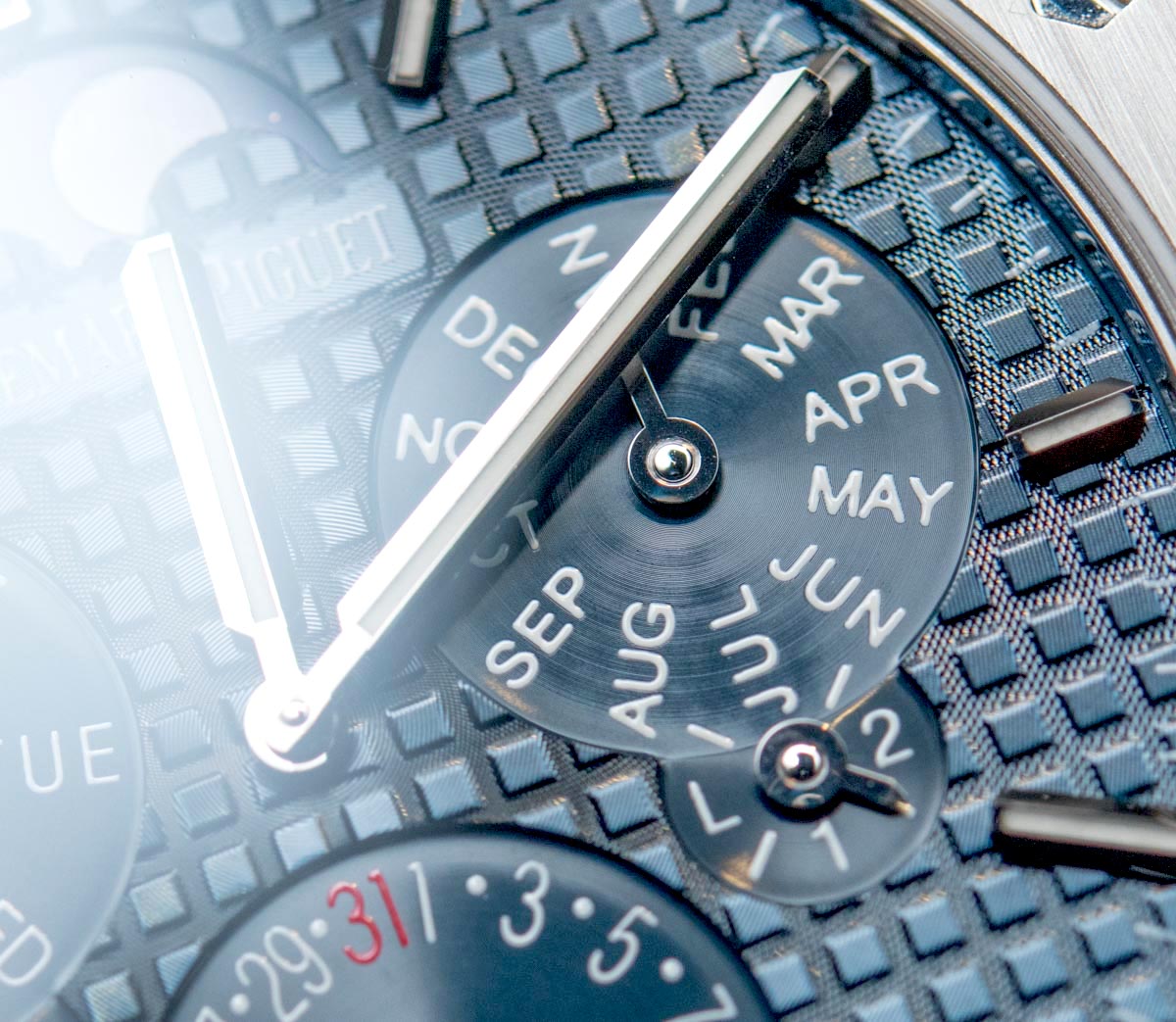 Like its predecessor, the RD#1, this new piece is another concept watch that, as it stands, is not offered for sale. What it is, is a case study in some sort of a complication to determine feasibility and gauge public reactions. A concept watch it may be, but it still takes some of the keenest watchmaking masterminds to put something of this complexity together – or to just begin experimenting with it in the first place.

At SIHH 2018 it was just two of AP’s watchmakers and myself in that aforementioned dark room that otherwise usually is full of people carving each other’s eyes out for a picture opportunity or to have the watch in hand, at least. I was lucky because this way, not only did I have a bit more time with one of the very, very few RD#2s presented (I heard there was only one but I doubt that’s true), but also got to ask some more detailed questions about the movement answered by the two super kind AP watchmakers who had presented this watch to me. 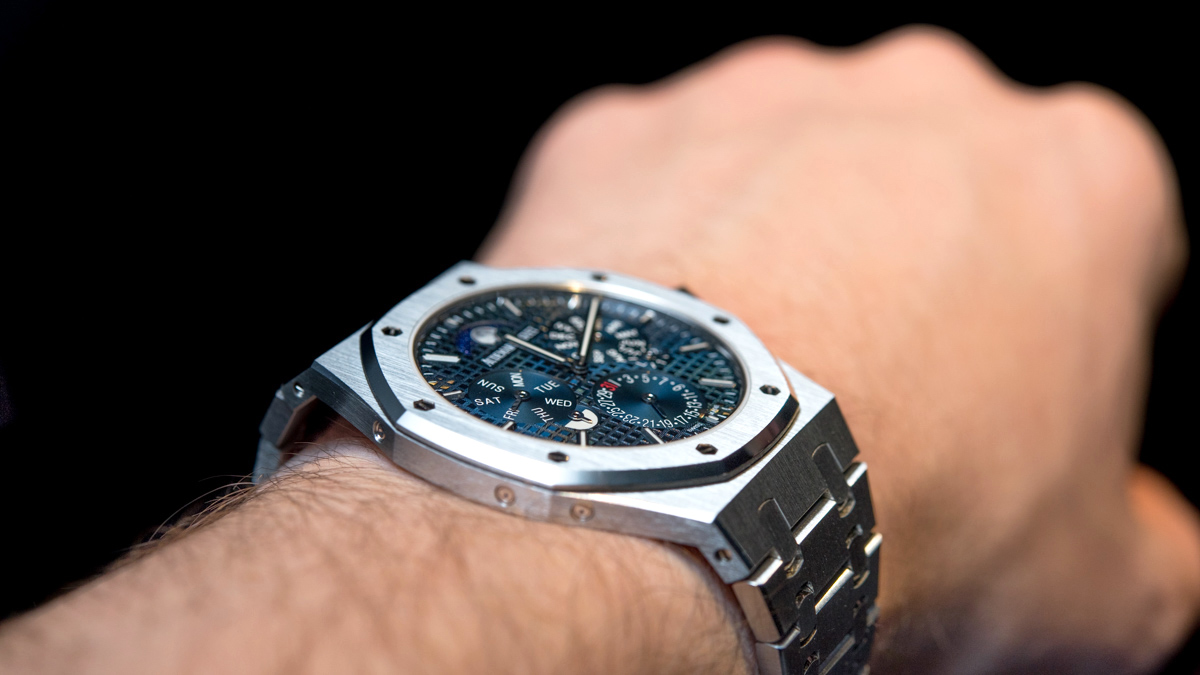 Audemars Piguet’s press release wasn’t exactly clear about this, as they called this new Royal Oak RD#2 Perpetual Calendar Ultra-Thin “the thinnest self-winding perpetual calendar on the market today.” They also called the movement record thin at 2.89mm thick. These two pieces of information told me that while the movement was record thin, there might have been another self-winding perpetual calendar watch made before that, all cased up, that was thinner than this 6.30mm thick Royal Oak case. 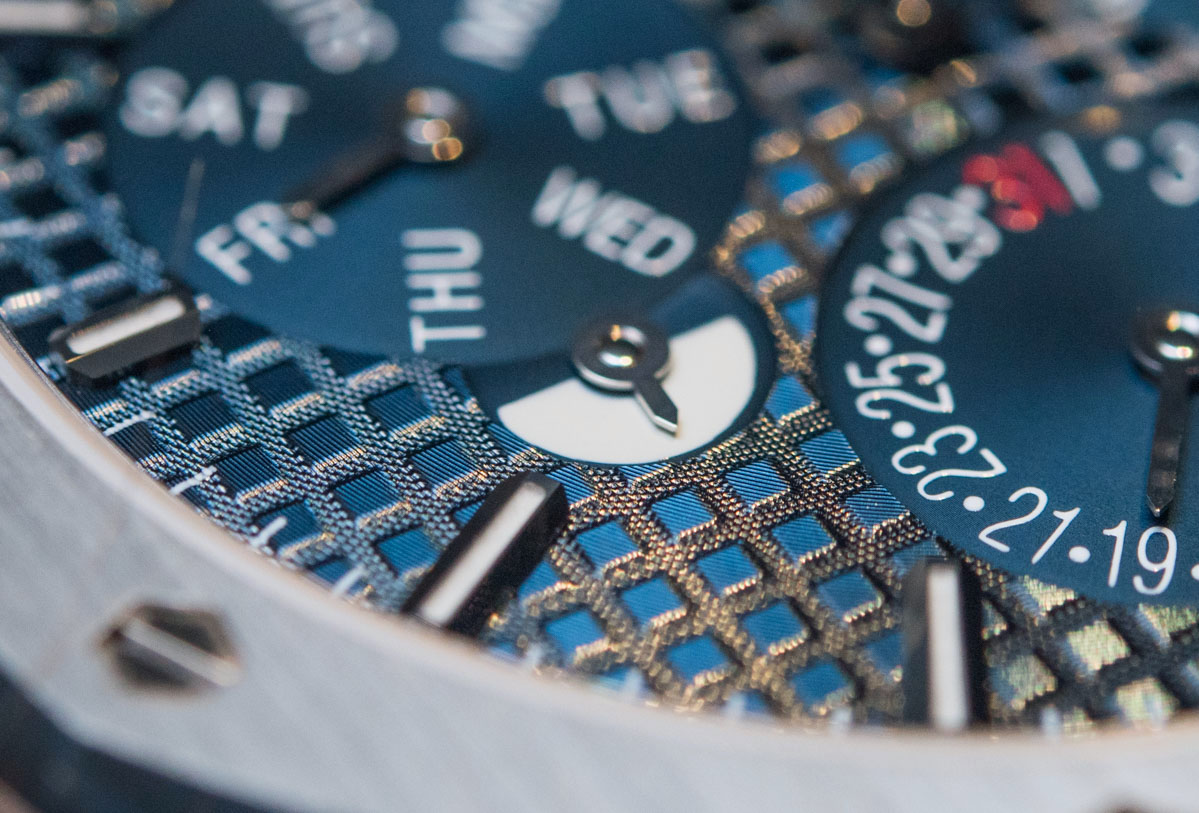 When checking up on this during the one on one presentation, I was told that nope, this indeed is the thinnest automatic perpetual ever – and that holds true for both the uncased movement as well as the cased-up watch itself. I personally don’t care too much for such records until things start getting ridiculous (like they did with the 2mm thick cased-up Piaget that I’ll cover soon). A record is always impressive, but a variety of other features and elements should in my mind be just as, if not more important than achieving a smaller number. 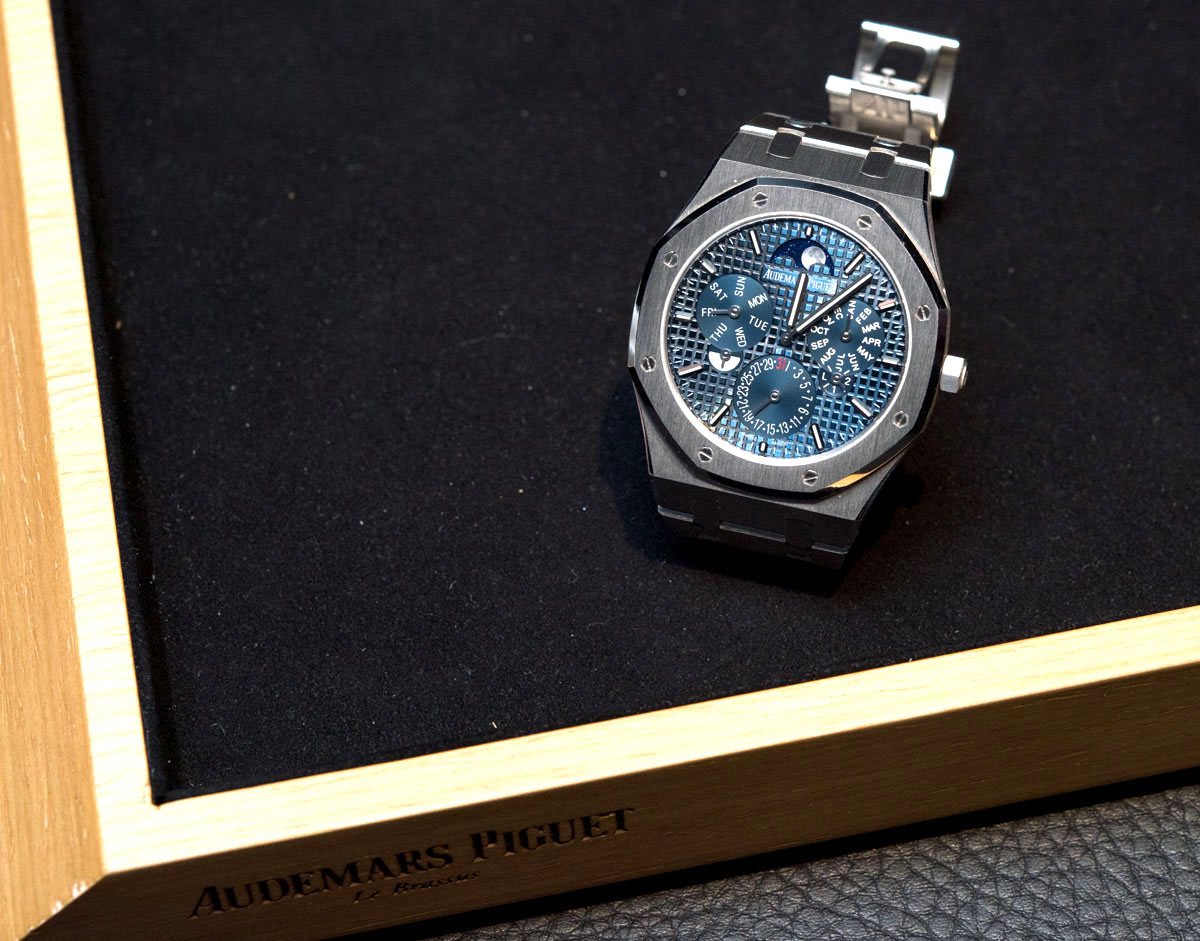 More interesting than “record-shattering” thinness is the way Audemars Piguet achieved it. As it turns out, the RD#2’s design process started from the outside: it was Giulio Papi of Audemars Piguet skunkworks APR&P who first sketched the layout of the dial and it was only after this, that they started engineering the movement layout. That is not how this is usually done, and especially not when it comes to the levels of complexity of a perpetual calendar… But I presume when you have extensive experience and a list of achievements under your belt like Giulio Papi does, you start looking for new challenges.

Interestingly, the RD#2 is amazing at stretching the limits of a textbook example perpetual calendar, but it doesn’t bother with solving some of the constraints that keep me, for example, from really falling for them. 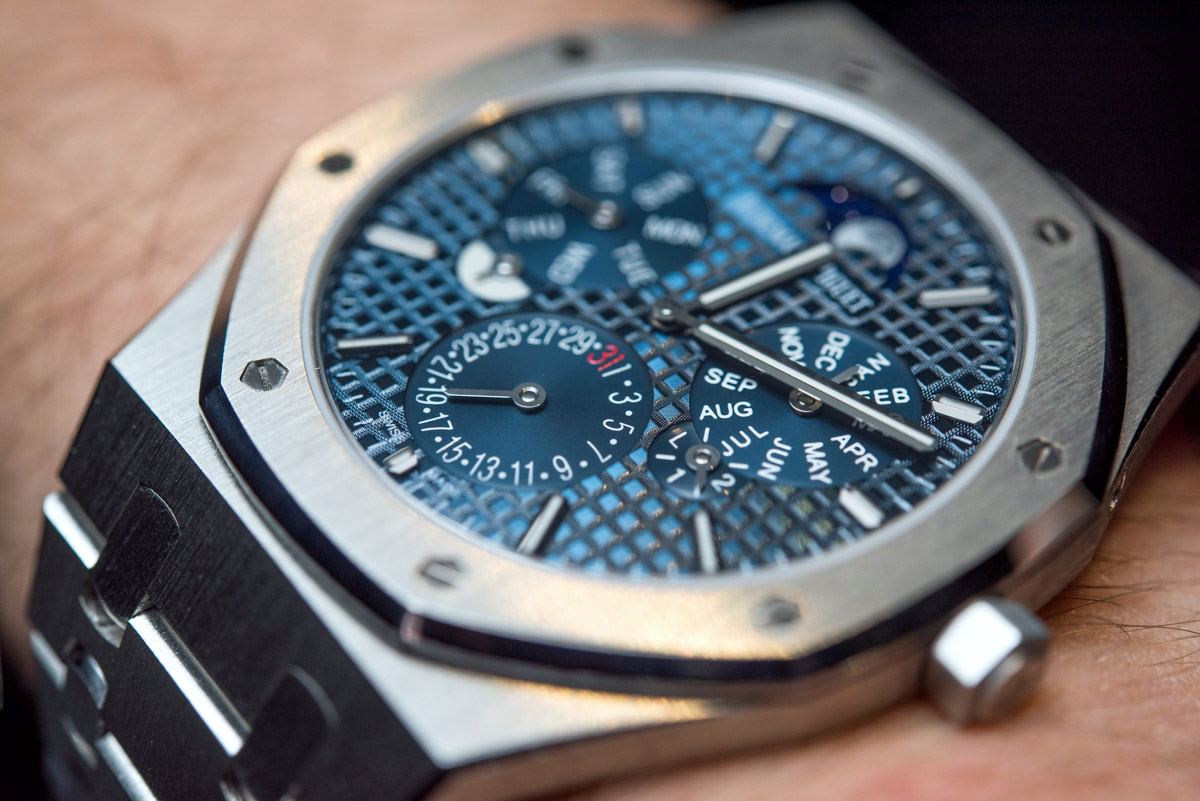 First, there is the utter lack of any animation whatsoever on the dial side. Lacking a running seconds, the fastest moving object on the dial is the minute hand – and when you’re dropping what I expect to be high five-figure money for the finished product, I presume you’ll want some mechanics-driven eye-candy beyond a range of passive hands and dials looking back at you.

It goes without saying that the mechanism trusted with moving all six indications of the perpetual calendar is nothing short of amazing – but it’s entirely hidden under the dial. I was equally humbled and surprised when AP’s two watchmakers appeared to be genuinely fascinated by my suggestion of a partially sapphire (or open-worked) dial for this watch. They are either really good at acting – in which case thank you for making my day – or just really haven’t yet thought about showing off this particular mechanism in such a way. 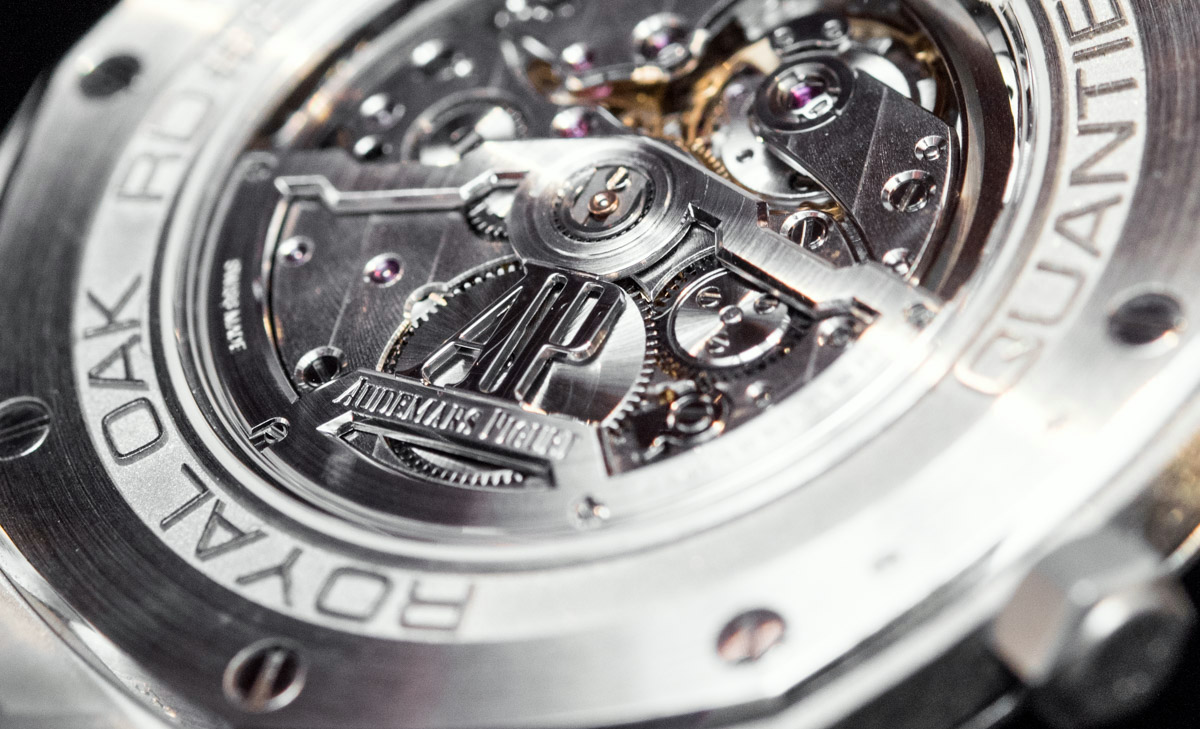 Thinness, yes, is an indicator of the engineering ingenuity and refinement unique to the 5133 caliber – but leaving how those little cams and wheels work to the imagination is a missed opportunity both when it comes to the final product and perhaps especially so when launching a halo piece such as this RD#2 concept. Sure, a solid dial should be an option too – you see how easy it is to get along with everyone and their watch tastes? 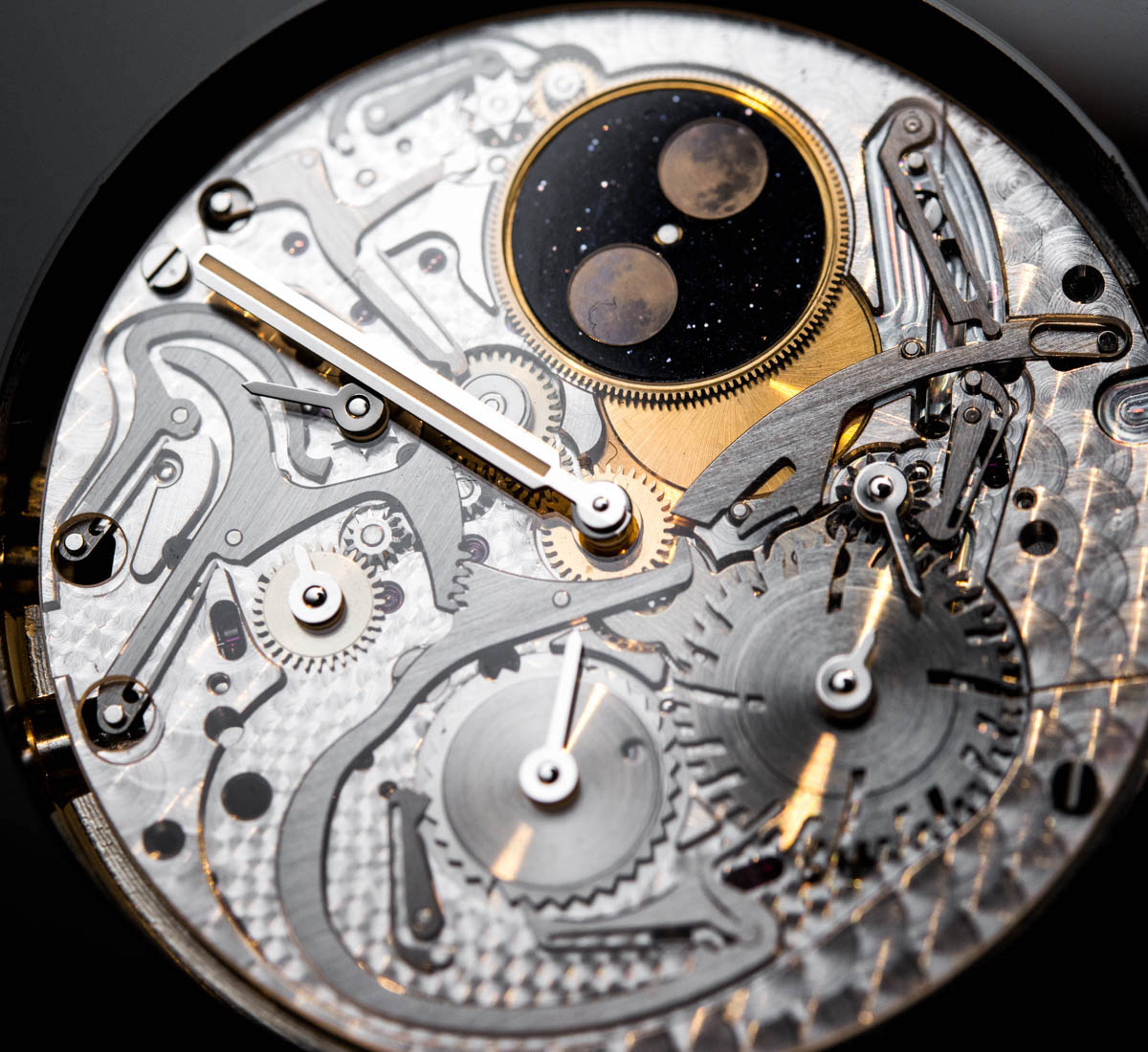 The main challenge and also the solution in achieving the record thinness of the Audemars Piguet Royal Oak RD#2 Perpetual Calendar Extra-Thin was arranging all components of the perpetual calendar module into just one single plane. Every cam and wheel was to be somehow laid out next to one another, creating an impressive flow of information from the watch’s 24-hour wheel all the way to the 4-year-long month disc.