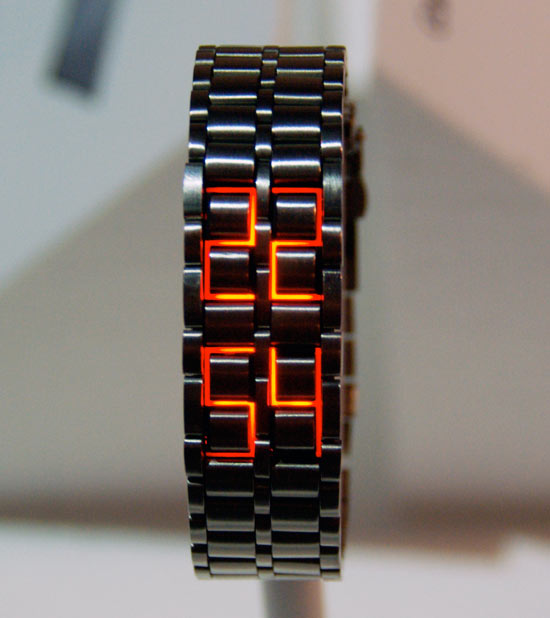 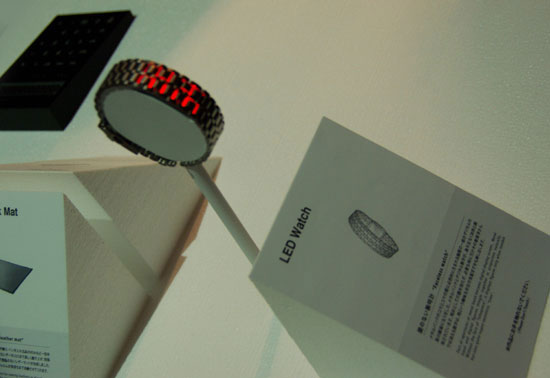 Just to be clear, this is a concept, so it might never reach the light of retail day. But it really should, aside from some technical hurdles that need to be crossed. Japanese Designer Hironao Tsuboi at 100% Design has imagined this minimalist LED watch, that isn’t quite all that minimalist in look, merely function. The minimalist element comes in as the watch only shows the time in minutes and hours Philippe Starck style. The time telling element is neatly integrated into the dark colored metal (either PVD, gun metal, or some other steel darkening technique). That is the really cool part, but it looks as though you have merely a masculine looking bracelet on, that happens to tell the time.

If you look at the numbers, they are brightly lit LED lights behind a few segments. The brightness is very power intensive, and I don’t see a place for a lot of battery power. This is the main element that will need to be worked on if this watch ever makes it to production. There are several “solutions” to this quandary, but no one asked my opinion. Best to have the watch in an off state until turned on by the user either via button or flick of the wrist (as Casio does on some watches with its illumination system).Otherwise some power generation system in the watch itself will have to do, but I digress. 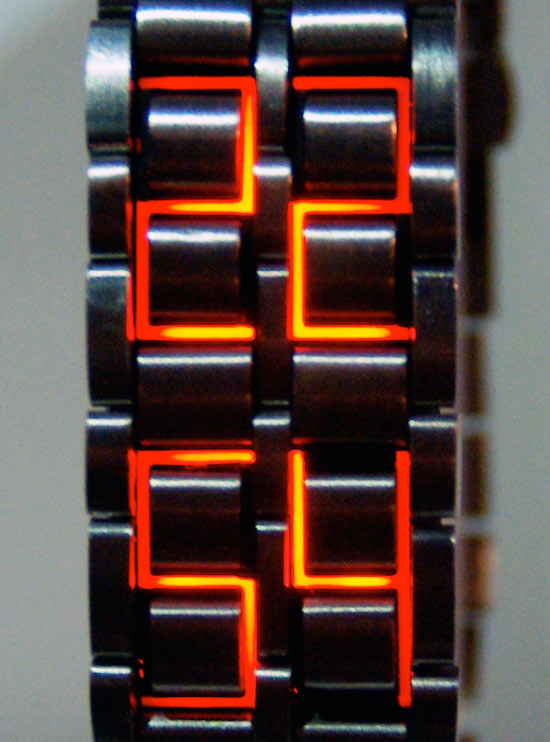 Stylistically you have an interesting quandary. What do you make of a watch without the watch? Although the time is displayed, this is really a bracelet. I have mixed feelings about this piece, but I lean toward liking it. In my opinion it is not a watch, at least not in the traditional sense, but more a functional bracelet. Perhaps there is no real distinction, but for some there might be. Bracelets come and go into style, even among those who would not ordinarily wear watches. Adding a bit of functionality (the ability to tell the time), might attract a different demographic than those strictly used to wearing watches. So in a way, this concept is a thematic barrier destroyer, which is good. Given demand, this watch (or whatever it is) might be made, arguably should be made. You can easily appreciate that even though it is simple in design, the concept is quite complex.