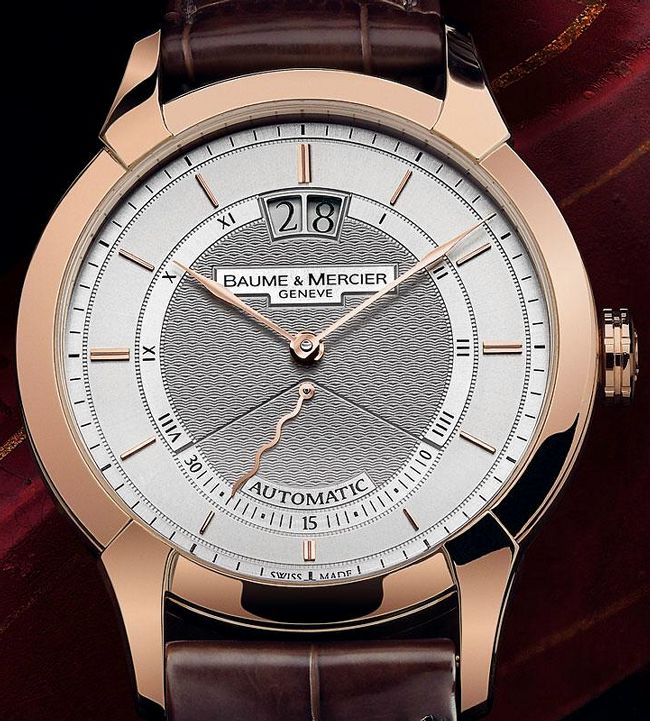 At Baume et Mercier (aka Baume & Mercier), the William Baume name has always applied to very classic simple watches. If you want a handsome and timeless Swiss watch that won’t utterly devastate your bank account, the William Baume collection is usually a good place to look. Now, getting a bit more serious with the line, Baume et Mercier takes an interesting new direction that is almost Teutonic in design. The William Baume Retrograde, Ultraflat, and Tourbillon have a decidedly retro appeal to them from design of the lugs to the classic guilloche machine work on the dial. Each of the watches comes in a limited edition of only 178 pieces each, but the Tourbillon is limited to only 10 pieces.

While there are three new models, they each share a lot of the same design cues. The cases are very compact looking, especially with the Ultraflat, and are in rose gold. Case width is also comparable at 41mm. There is lug designs which are worth noting as well. The look is very 1960s. I would say the look is Germanic, but mostly because it is mostly certain German watches such as Glashutte that have some new watches with this style. Swiss, German, and American watches had similar flamboyant lugs of this still 50 years ago. Come to think of it, this is around the time when superfluous fins found a place on the rear of many automobiles. I’d like to think that the same style philosophy was at play when creating such stylistic, but not particularly functional lug designs. Further, the watches come with brown alligator straps.

There is also the matter of the machine engraving on the watch dials. The application here is subtle compared to offerings from lauded masters such as Benzinger, but certainly add a welcome character to the watches. The idea is to decorate the otherwise functional face without distracting you too much. Through texturing and the application of small gold portions, you get a very simple look, but with a high degree of detail and perceived refinement. 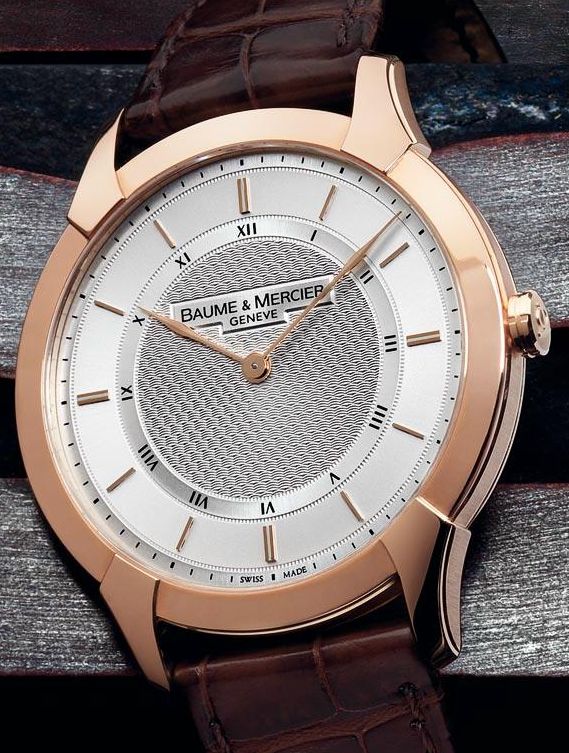 Lets look at the watches individually. First is the William Baume Retrograde. The Retrograde refers to the seconds counter with only counts in 30 second increments. After reaching the end, the hand jumps to the beginning to start the process over. The watch also features a large-ish date window at the top. You’ll notice that the retrograde window is purposefully applied in manner as to disrupt the natural circle of the dial a bit. This adds a rich depth and visual appeal that might be lacking otherwise, and is welcome on a guilloche machined dial. The hands of the watch are quite nice actually. They are (thankfully) not too short and taper in and out in the middle. The hand on the retrograde dial is curved like a snake. Why? Well it does look cool of course, but in concert with the constant moving of the seconds hands across the bottom an added element of motion is presented with the non linear appearing hand. Inside is the Baume et Mercier automatic caliber LP3533 movement.

Next is the William Baume Ultraflat model. Almost as simple as a Piaget Altiplano, but with an engraved dial. The Ultraflat is a 41mm wide by 5.8mm thick watch. This is very thin. The 2mm wide caliber T001 movement inside is manually wound, and very bare bones. For such thinness you sacrifice many features save for what you really need. Having an ultra thin watch is nice at times, in a classy, understated way. It is almost as if having such a thin watch allows you to respect the function ruggedness of a thicker watch, while at the same time allowing for a welcome new feeling on your wrist. 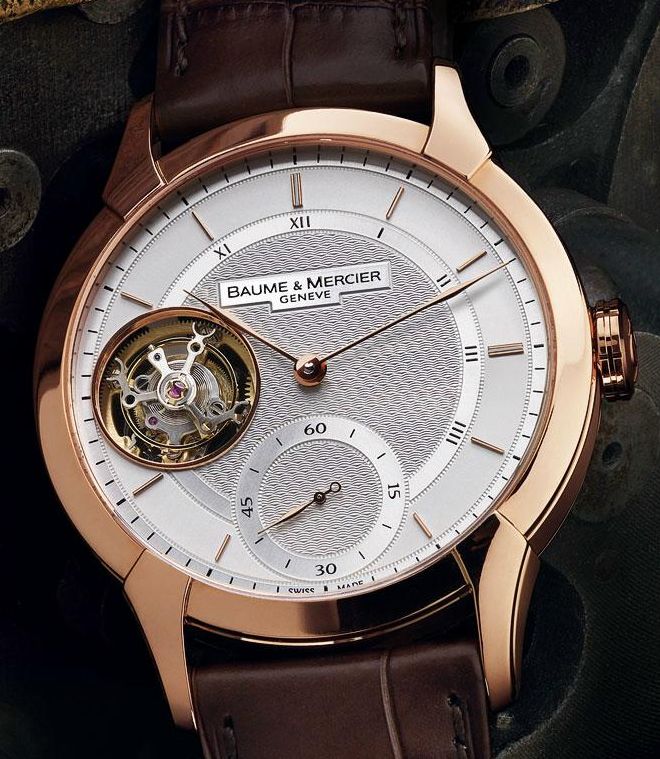