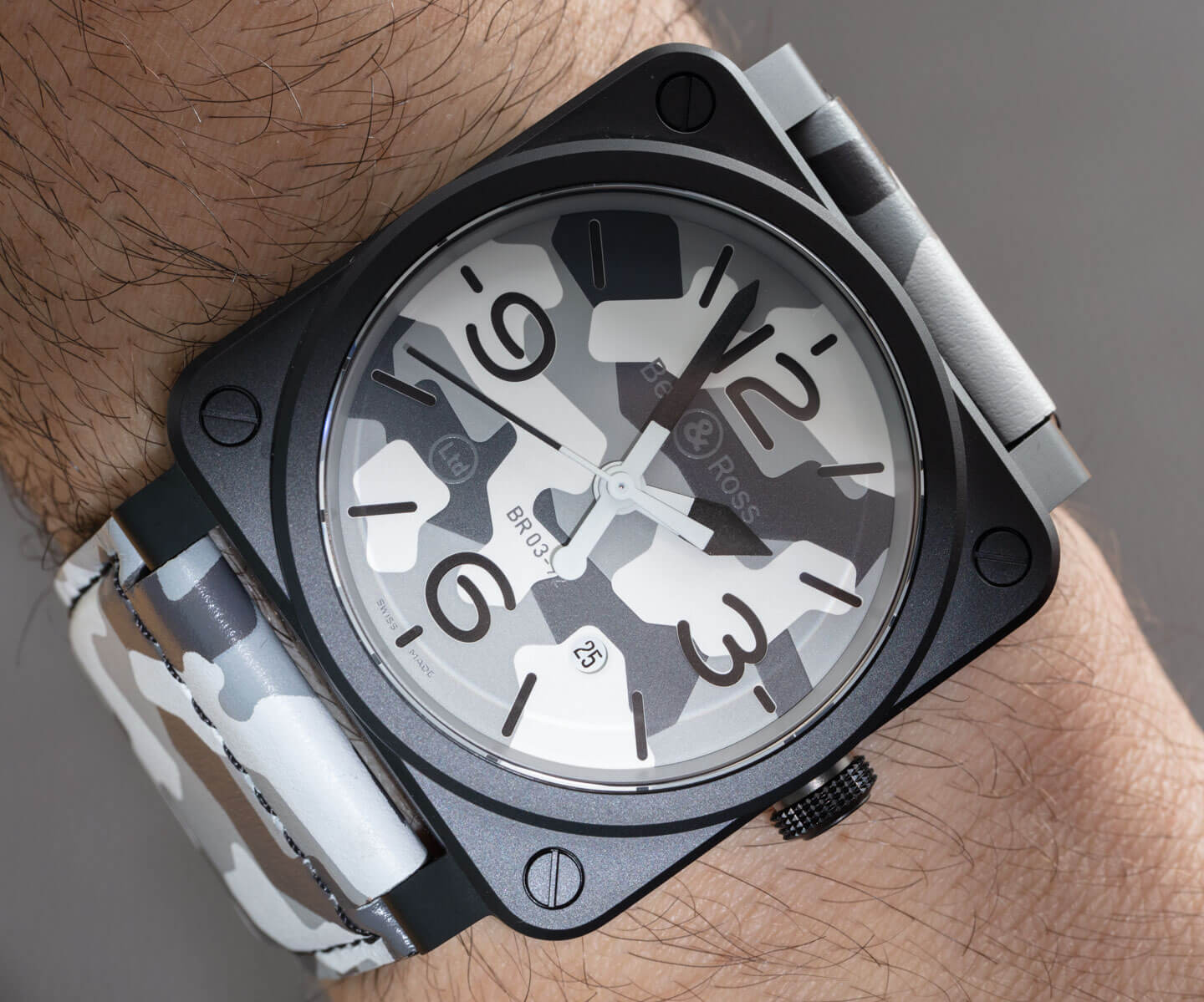 Paris-based Bell & Ross has always been a fashionable brand, and products like the BR 03-92 White Camo (reference BR0392-CG-CE/SCA) help prove it. Even though Bell & Ross products are all deeply inspired by tools and the people who use them, the brand is rarely shy to release timepieces which are patently artistic or merely fashionable when the situation merits it.

The BR 03-92 Camo is a new limited edition take on the core BR 03-92 Instrument watch that is the smaller, 42mm wide version of the larger BR 01-03 (46mm wide). For this particular product Bell & Ross begins with a matte black ceramic case, and then renders the cockpit clock-style dial in white and gray urban-style camouflage. The watch comes with two straps. One being a black rubber strap, and other other being a leather strap with the same white camo pattern printed on it. 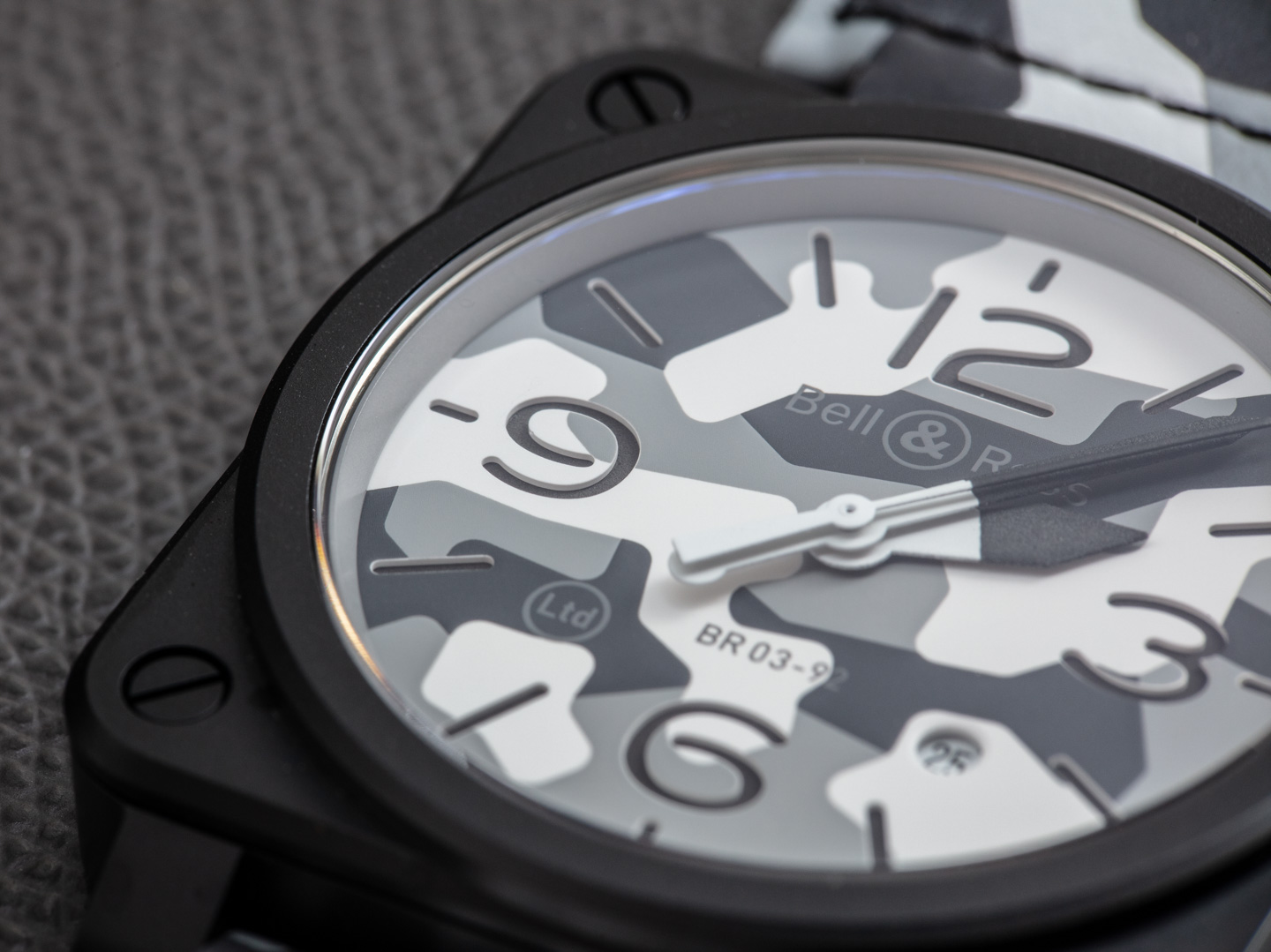 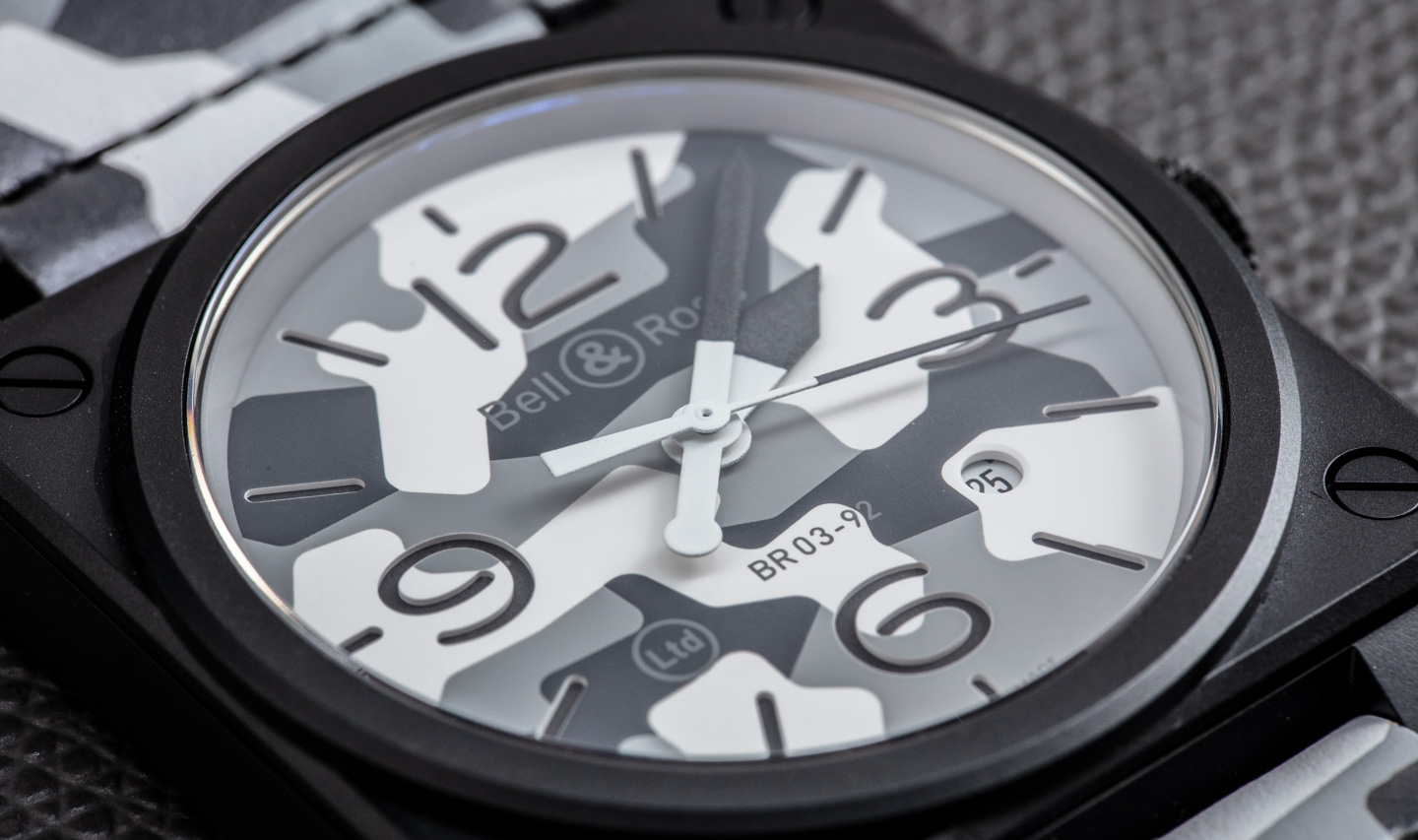 From a tool watch perspective, Bell & Ross doesn’t really add much to the mix with the BR0392-CG-CE/SCA. From a fashion perspective, it does. The watch is actually a bit of an aesthetic compromise as a tool timepiece because the dial simply isn’t as legible as most BR 03-92 watches are. This is because the black and white hands (that otherwise look cool) have a tendency to visually blend in with the camouflage dial. I suppose one can’t blame camouflage for acting like… well, camouflage.

Military and tactical style has been extremely important in urban/street fashion over the last few years — and this product fits within that trend very nicely. In Paris, Tokyo, L.A., New York, and other cities where urban style is probably the most important in fashion, a timepiece like the BR 03-92 White Camo is entirely relevant. It helps that it is made by a serious watch brand, even though its design is more about novelty than functionality. 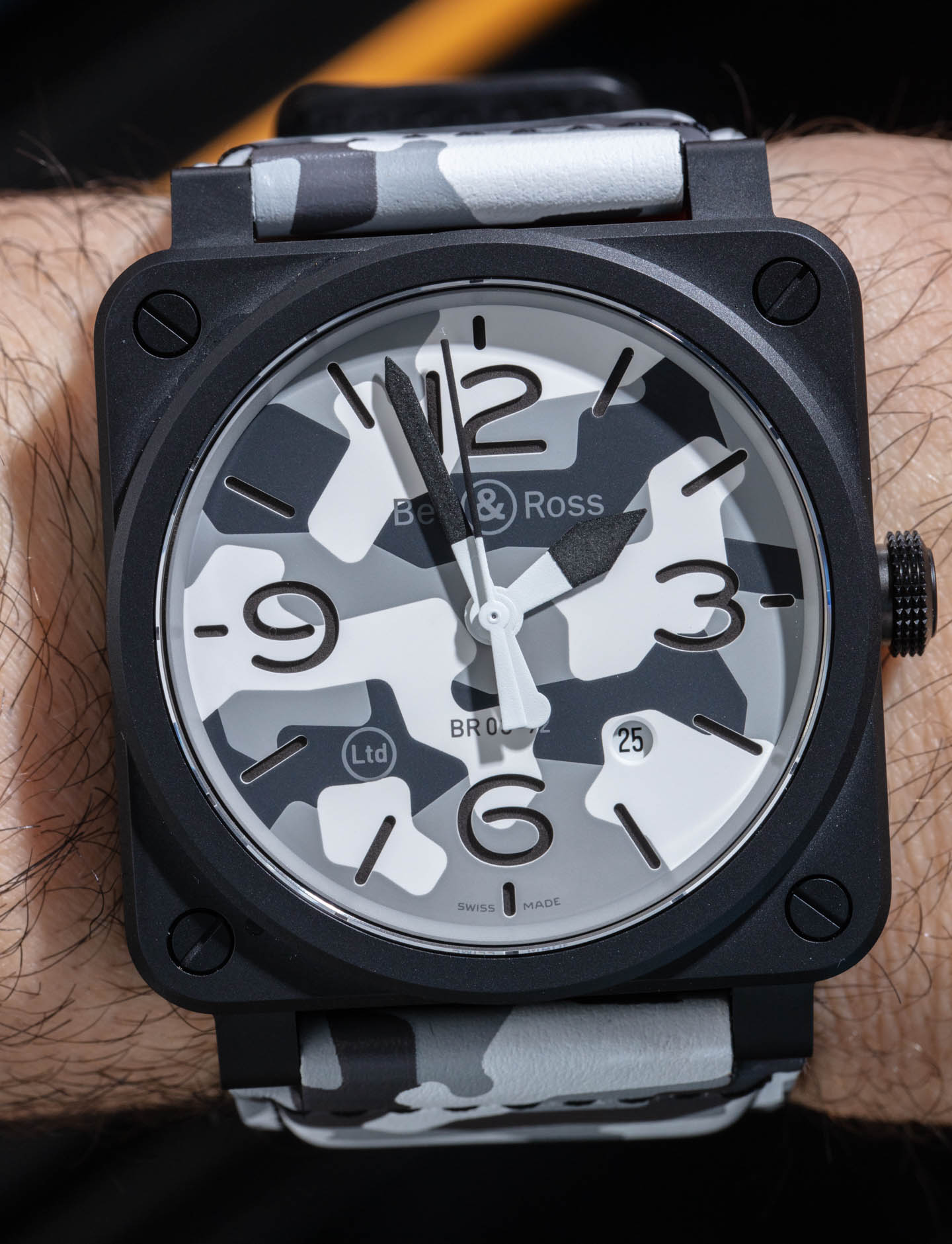 Inside the watch is a Swiss ETA 2892-2 automatic movement, which Bell & Ross refers to as its caliber BR-CAL.302. The case is 42mm-wide with 100 meters of water resistance. Like all BR 03-92 watches, it wears very comfortably on the wrist despite its size and, again, is the smaller of Bell & Ross’ two square cockpit instrument-style timepiece cases that debuted with the BR01 in around 2004. Bell & Ross is producing the BR0392-CG-CE/SCA as a limited edition of 999 pieces, which means that it won’t be incredibly hard to find, but a few years from now these will no longer be available in a retail environment. Price for the Bell & Ross BR 03-92 White Camo watch is $3,800 USD. Learn more or order at the Bell & Ross website here.