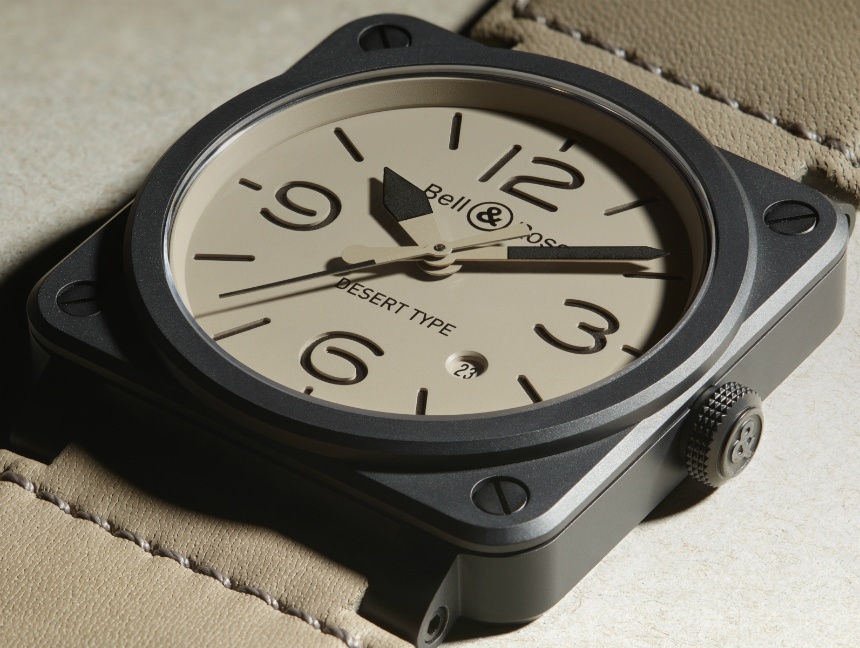 When it comes to iconic designs, I would posit that the Bell & Ross BR03 series is certainly up there.  I mean, if you see a square-cased aviator, who do you think produced it?  Bell & Ross, that’s who.  So, when it came time to release some new stuff for Baselworld 2016, the brand came up with a new iteration (three of them, actually) – the Bell & Ross BR-03 Desert Type, which the brand claims is based on the sand colored outfits of Air Force pilots on desert missions. 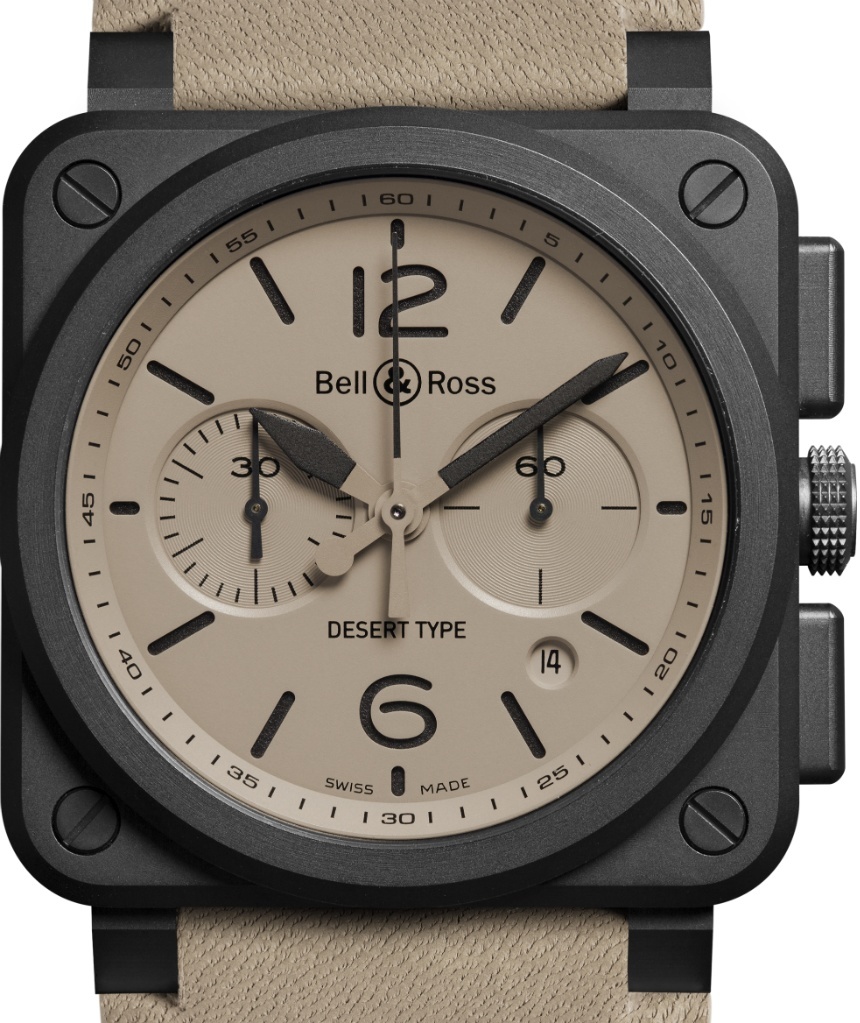 Now, for those well-versed in the brand, you may be ready to put the brakes on this train, as there already has been a Bell & Ross Desert Type.  And you would be correct, there was one, in the form of a 250 piece limited edition.  This latest version is a better-looking version, in my opinion.  We still keep the desert camouflage color scheme, which sees the black ceramic case paired to a khaki dial and leather strap.  The inclusion of the sandwich dial used here looks great, and adds a layer of depth to the watch. 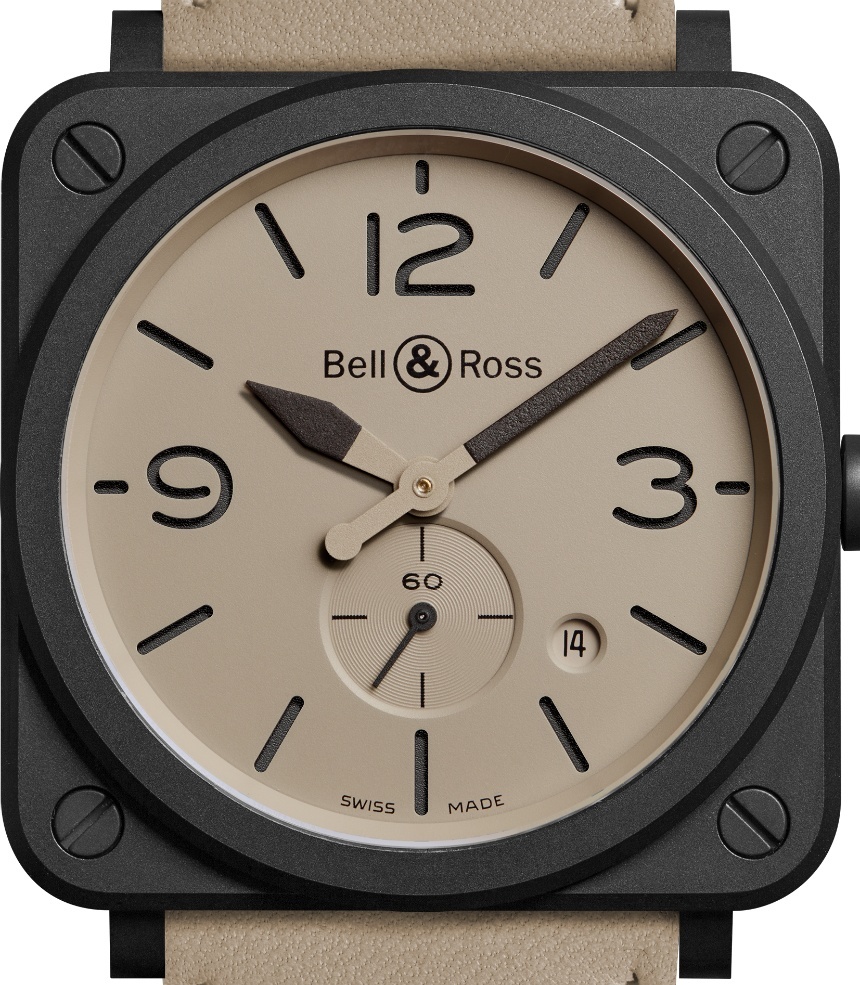 With the sandwich dial, the Bell & Ross Desert Type is giving a nice bit of dimensionality to an otherwise flat dial, as well as giving the opportunity (which I really hope they took major advantage of) for some serious lume application on the lower level.  Also changed on the dial is the removal of four screws that (I presume) held the dial in place.  This gives things a much cleaner look, and we are simply left with the four (functional) screws on the case itself.  By keeping the text to a minimum, Bell & Ross really managed to clean the dial up on the Bell & Ross Desert Type, and I think that goes a long way towards their design direction of legibility and just plain usability. 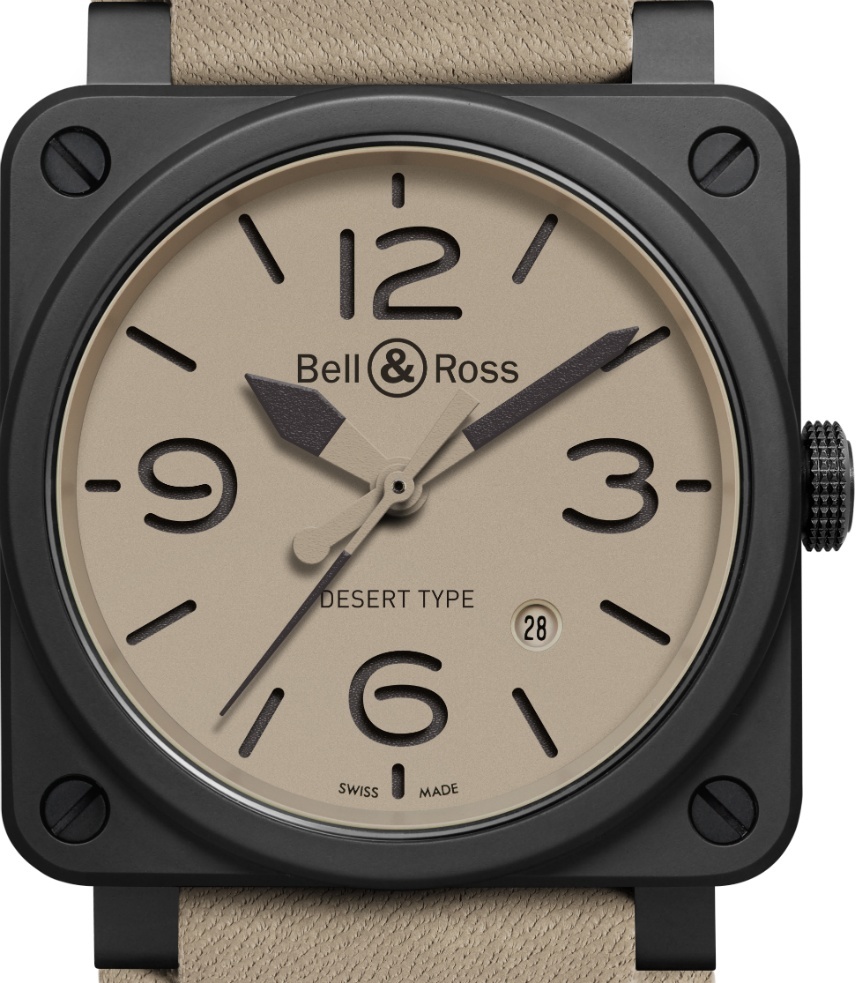 For this latest iteration of the Bell & Ross Desert Type, there are actually three different models being introduced.  The smallest version is the BRS Desert Type, which comes in at 39mm and has a quartz movement, BR-CAL.102.  The other two models measure in at 42mm, with the three-hander BR 03-92 powered by a BR-CAL.302 automatic, and the chronograph  BR 03-94 opting for BR-CAL.301.  Other than the size and movement differences, these watches are all identical with ceramic cases, leather straps, sapphire crystals, and a 100m water resistance rating. 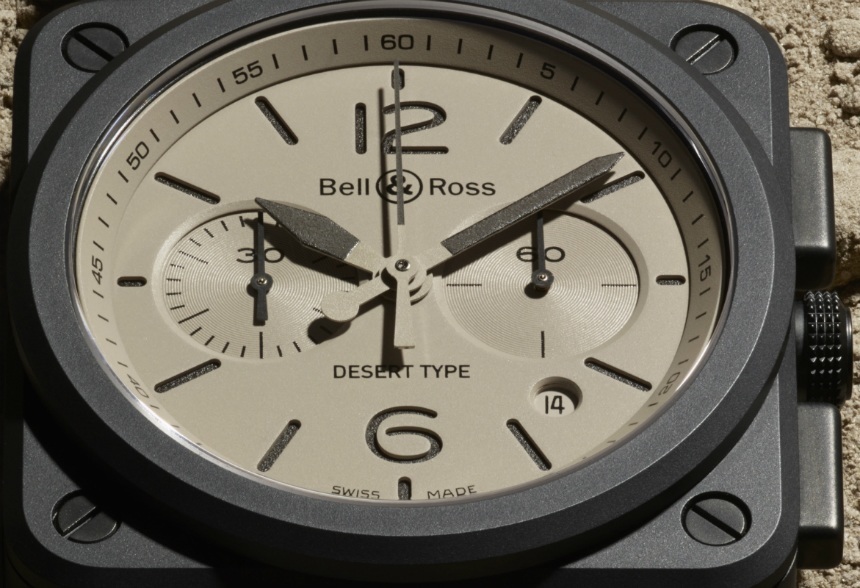 I will be the first to admit, the wider Bell & Ross catalog can be a bit difficult to tell apart, as there are minor variations across a basic design.  That said, it does also speak to the strength (and popularity) of the design that it can be iterated in this fashion, with minor changes (such as a sandwich dial) mixed in to freshen things up.

Then again, I’ve long been a fan of this particularly iconic design, and have a thing for sandwich dials as well, so it was really a winning formula for me.  I’m sure if you, dear readers, disagree with me, you won’t be shy to speak out in the comments below, and I welcome that.  For now, I think the dial on the Bell & Ross Desert Type is my favorite to-date from the brand.  No, the color palette may not be the most visually exciting, but it fits the theme and should make for a fairly flexible (if casual) watch. Bell & Ross haven’t released pricing information yet, but we will let you know as soon as they do.  bellross.com