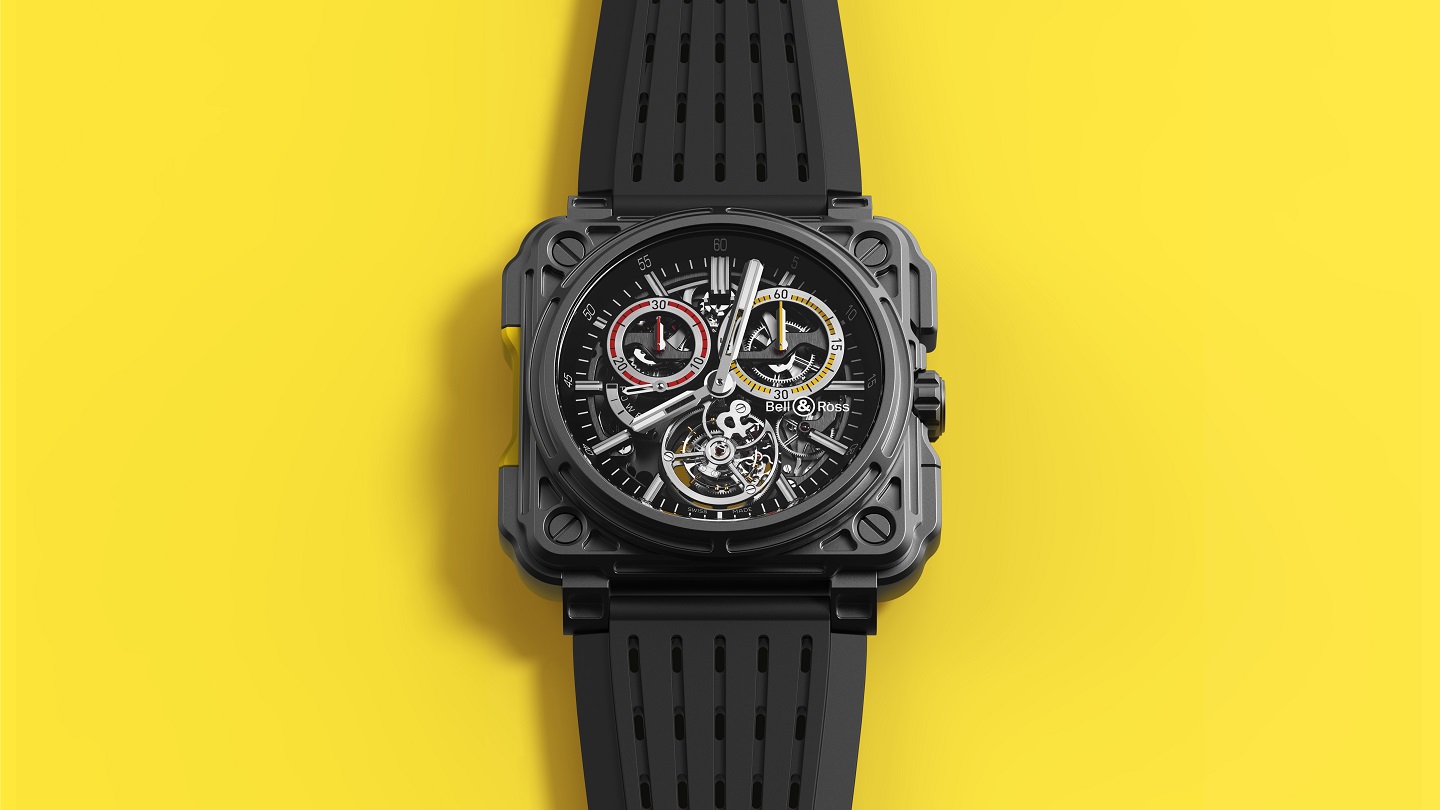 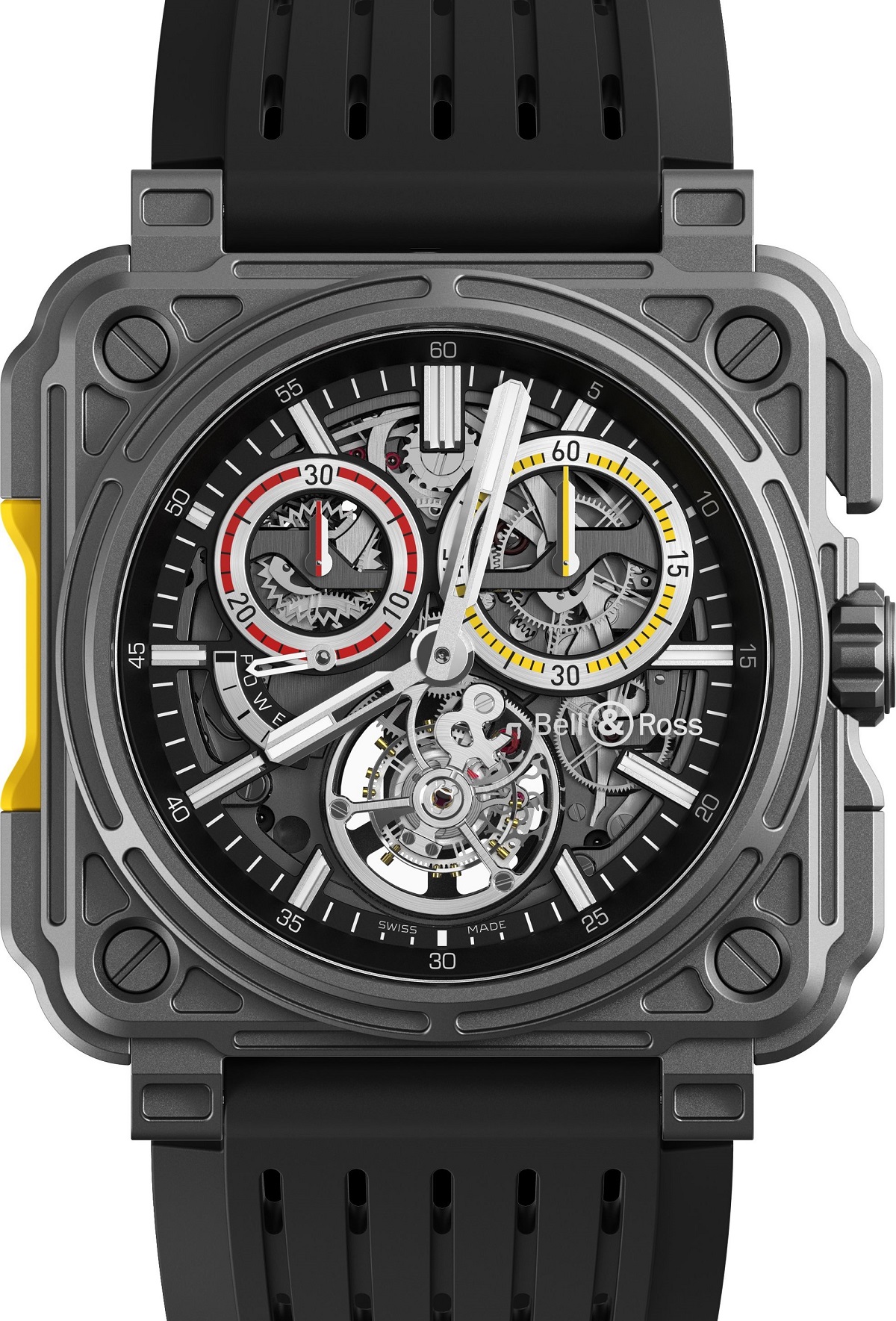 When it comes to square cases, the first name that pops into any enthusiast’s head is Bell & Ross. For Baselworld 2018, Bell & Ross released a slew of chronographs, but none-so-haute-y as the Bell & Ross BR-X1 Tourbillon RS18. The colorful limited edition features a single-pusher chronograph function that utilizes two different colored chronograph registers that are superbly legible for a Bell & Ross skeletonized tourbillon chronograph. 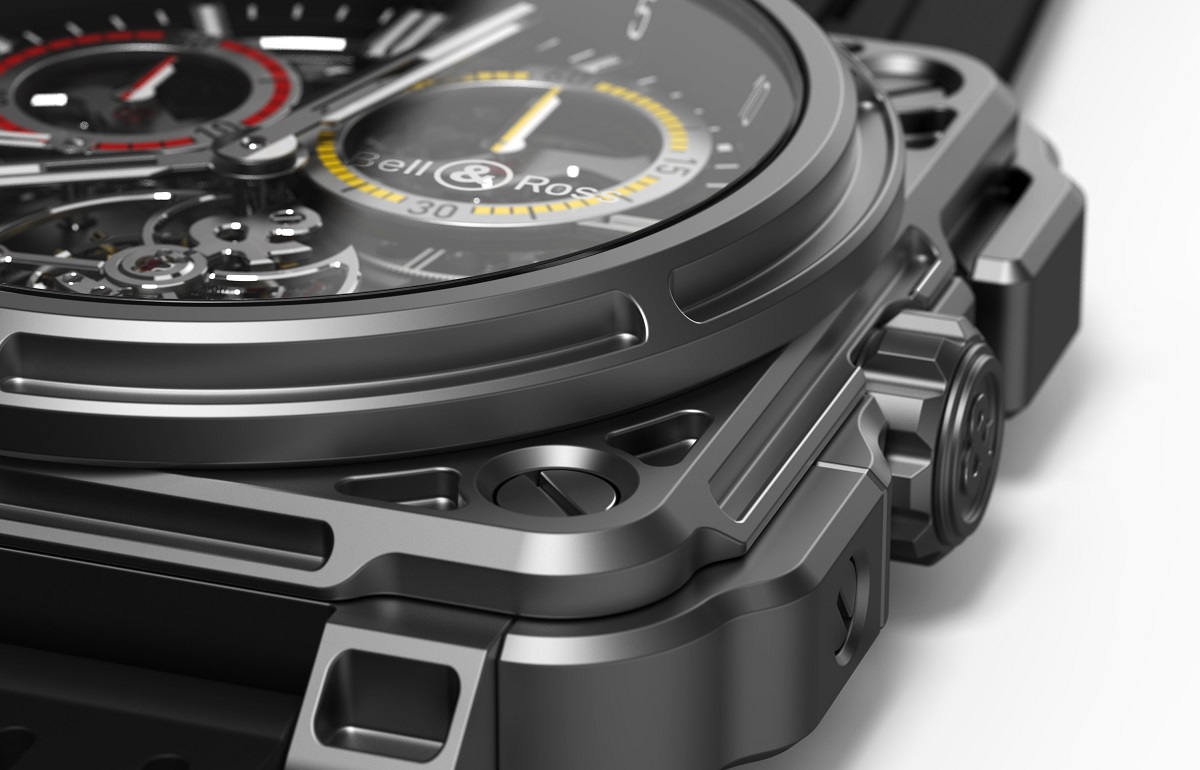 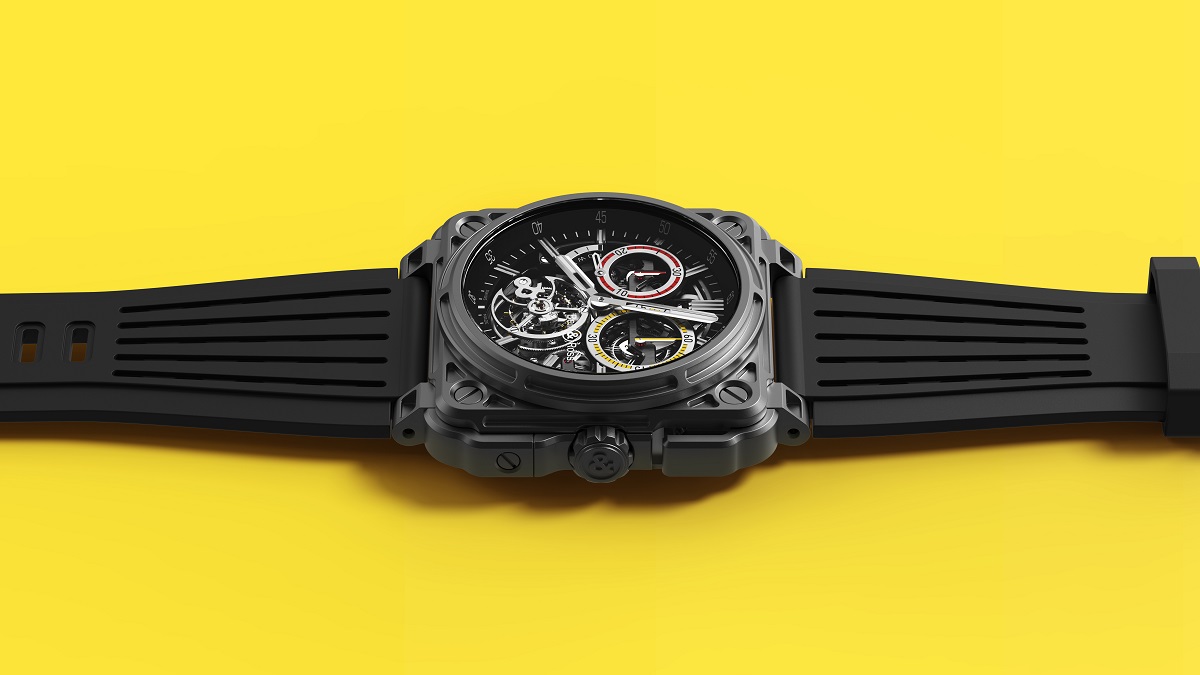 Bell & Ross has produced a number of haute-y Tourbillon models in the past. The BR-X1 collection fits into the “Grand Complication” segment of Bell & Ross and recently saw the release of a $365,000 piece of horological beauty with the sapphire-cased BR-X1 Skeleton Tourbillon and the subsequent and later model (utilizing the same caliber as this RS18) with the BR-X1 chronograph Tourbillon – making this the latest directly racing-inspired tourbillon model to grace the BR-X1 portfolio. I say latest, because last year’s $175,000 BR-X1 Tourbillon RS17 was likely the most colorful controversy of recent B&R memory with the entire RS17 sub-collection being Bell & Ross’ most unique recent updates. The RS18 models seem to fit into a bit more reserved space while still maintaining that Bell & Ross visual heft that its older brother brought to the table.

Don’t read that as “boring,” because the RS18 is far from it. The Black Microblasted Titanium case and skeletonized dial provide plenty to look at without delving into the world of in-your-face color schemes. Instead of the multi-colored chapter ring, Bell & Ross opts for a monochrome design with the inclusion of red and yellow (reversed from the RS17) sub-registers and a yellow 9 o’ clock thumb grip as the only colors on the watch – providing some much needed visibility to a collection that I’ve felt needed it. And of course, the tourbillon. One gripe I’ve long had about the BR-X1 collection is the value proposition of adding the tourbillon to the models, and the difference in price – often jumping $100,000 with its inclusion. While the scarcity increases, I find it hard to wrap my head around purchasing this over the non-Tourbillon models in the RS18 line. Especially since the movement isn’t exclusive to this piece and is spread over 5 different models in the collection. Visually enticing? Absolutely. $150,000 worth of enticement? I’ll let richer men decide. 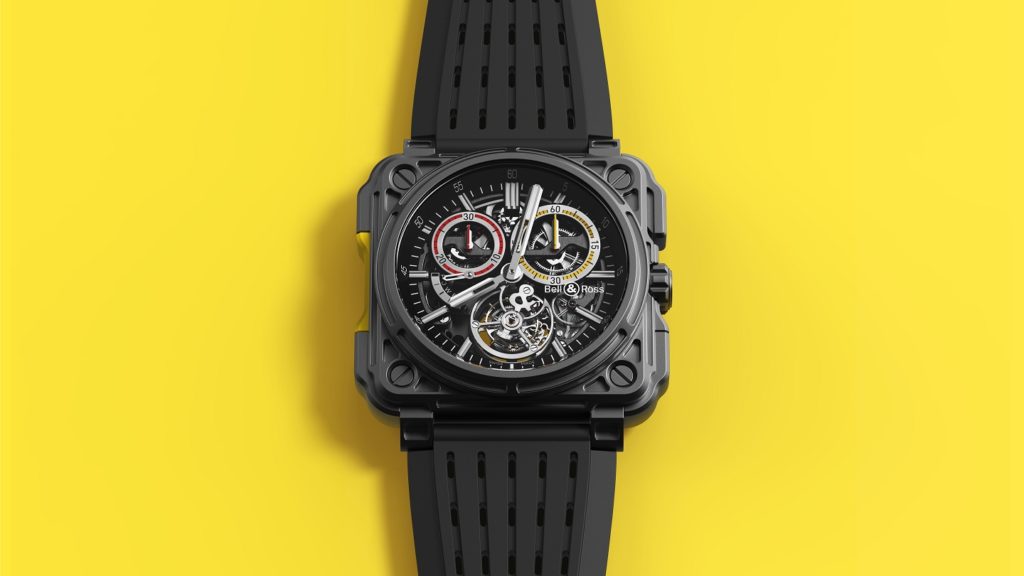 The BR-X1 Collection has been a marriage of horological prestige and visual interest with a honeymoon to a thick wallet (with most of the models pricing in above $20,000). The models tend to evoke the look of spaceships, Formula 1 cars, or old Cutter ships and the BR-x1 Tourbillon RS18 fits seamlessly into the collection’s racing influences. Overall, I feel like the RS18 improves on the RS17 in all-things-legibility by eliminating the colors that a lot of enthusiasts found too bright and distracting. The Bell & Ross BR-x1 Tourbillon RS18 will be limited to 20 pieces, and come with a price tag of $189,000. bellross.com