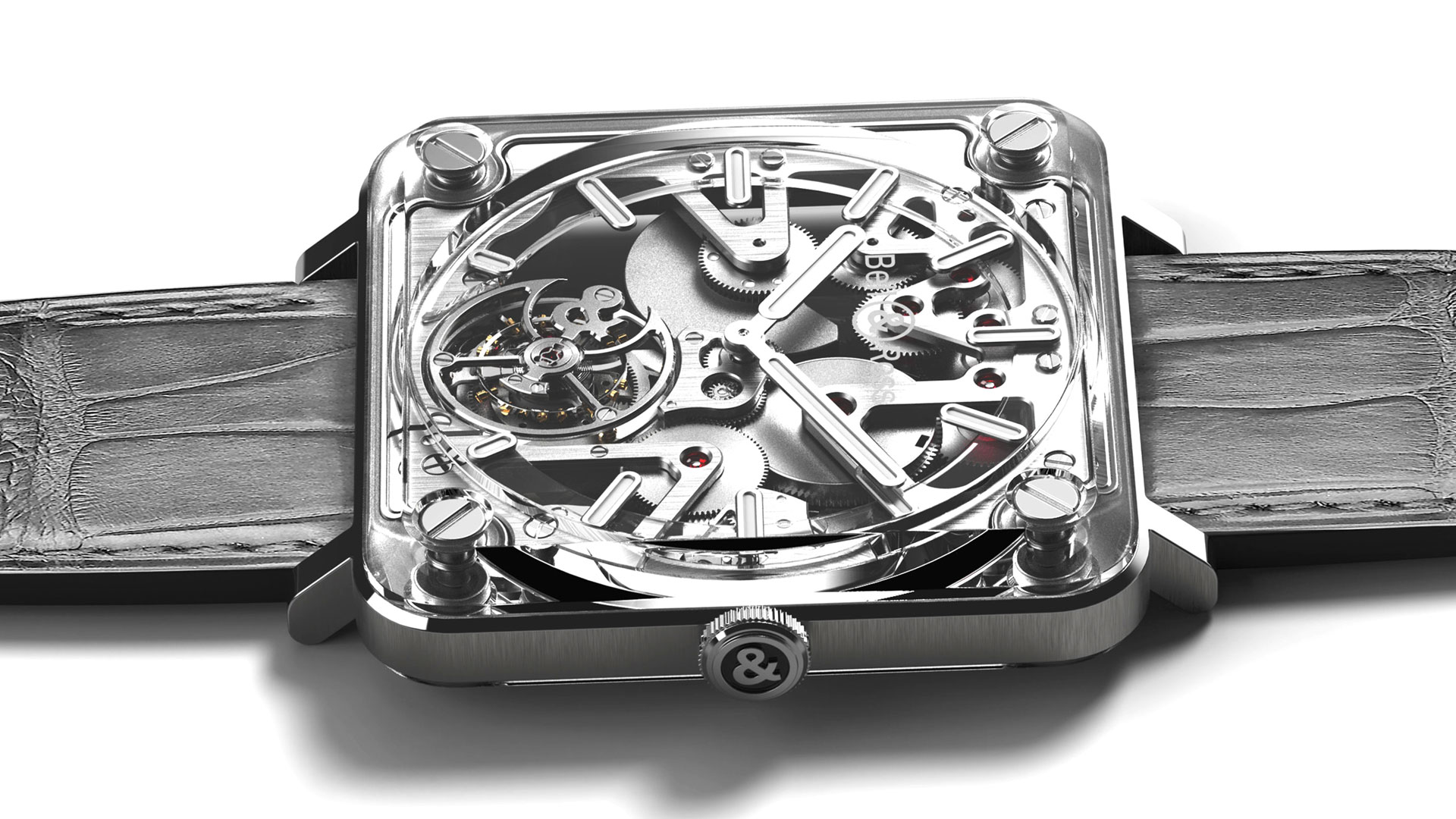 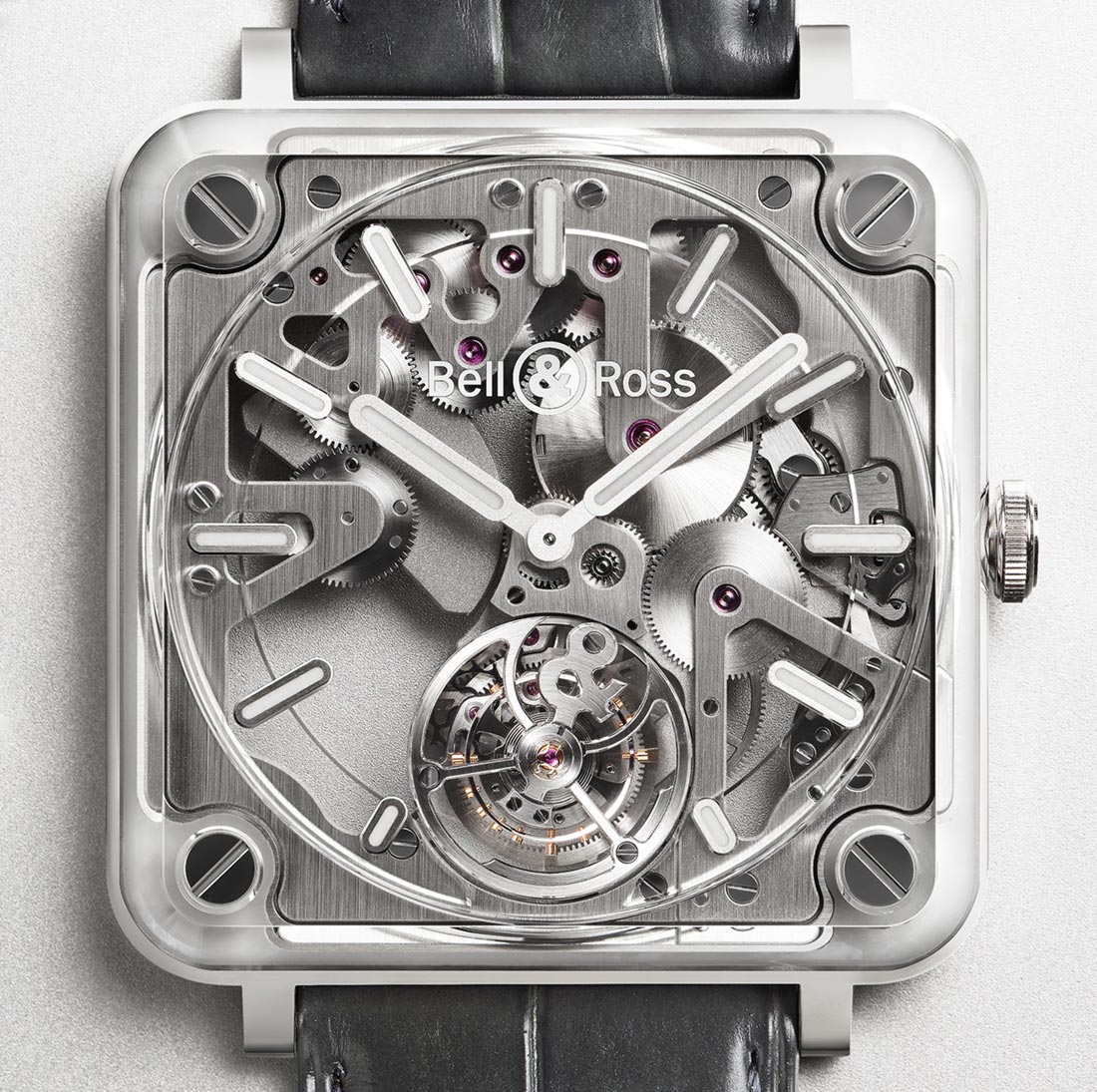 At Baselworld last year, Bell & Ross left enthusiasts stunned when they unveiled the BR-X2 Tourbillon Micro-Rotor watch (hands-on here). Though it had the square case shape that is distinctive to the brand, the watch was unlike any other Bell & Ross model the world had ever seen. Designed to put the movement of the watch at the forefront, it had a tourbillon movement framed by two pieces of carefully machined sapphire crystal. The end result was that the watch looked as if it was all-movement and nothing else. A year on, Bell & Ross has taken that concept one step further with a skeletonized movement, resulting in the new BR-X2 Skeleton Tourbillon Micro-Rotor watch that you see here. 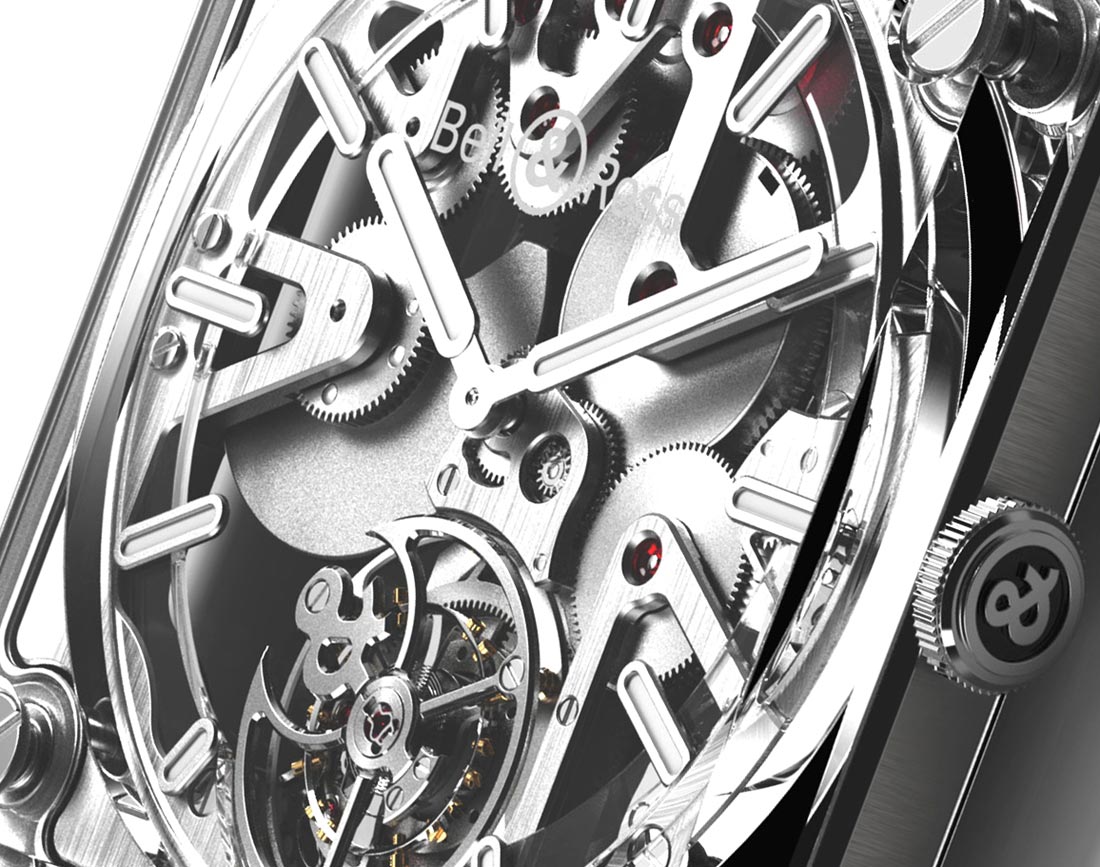 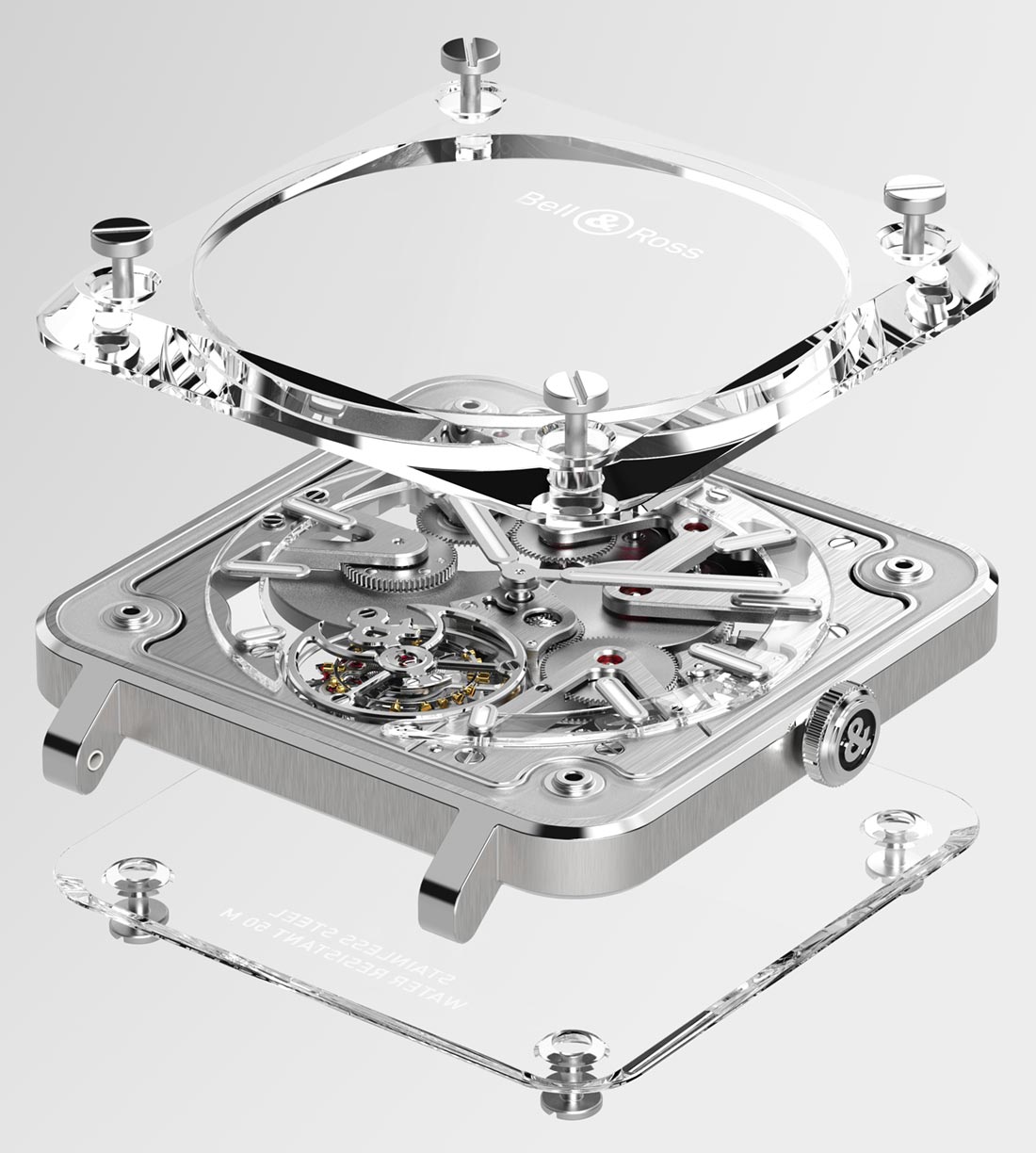 The BR-X collection is where you would find Bell & Ross’ experimental pieces. Think high-end movements, chronographs, tourbillons, and the like. It is easily the brand’s most divisive collection. Some long-time collectors believe Bell & Ross should stick to making affordable and design-focused sports watches, while others are encouraged by the brand’s ambitions to do something a little more radical. Me? I consider myself to be in the latter camp. 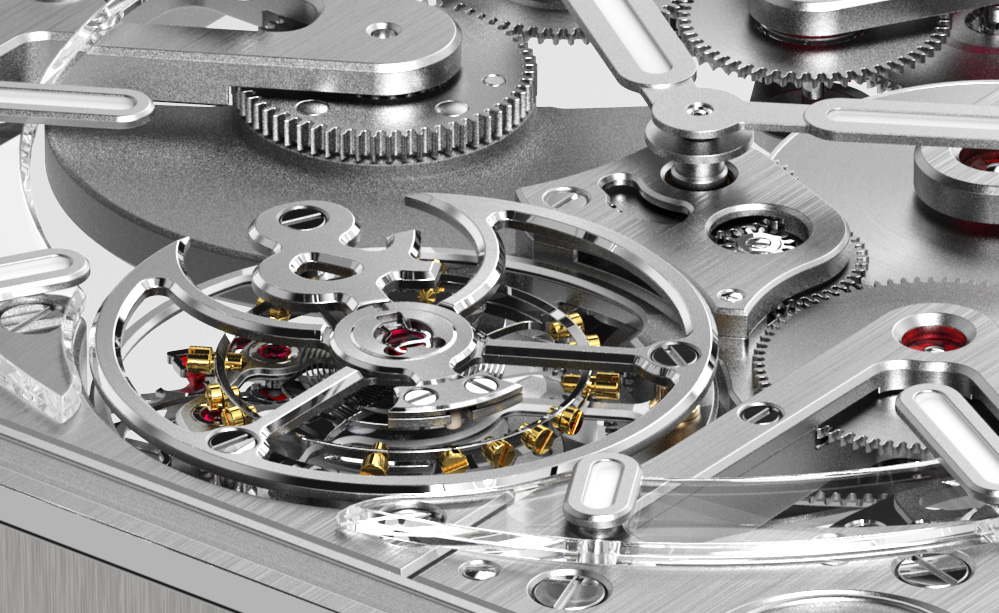 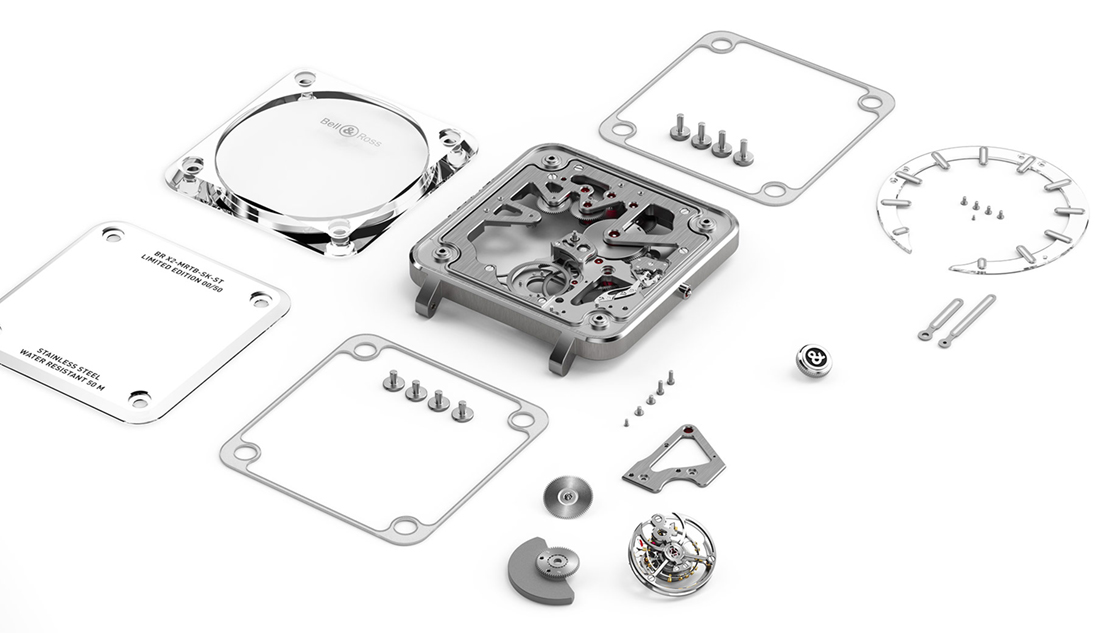 The Bell & Ross BR-X2 Skeleton Tourbillon Micro-Rotor watch comes in a 42.5mm case. The overall construction formula is similar to the BR-X2 Tourbillon Micro-Rotor watch from last year, where you have the movement attached to the case in such a way that they look like a singular piece. Then, framed by two pieces of sapphire crystal, this produces the effect of wearing the movement alone on the wrist. 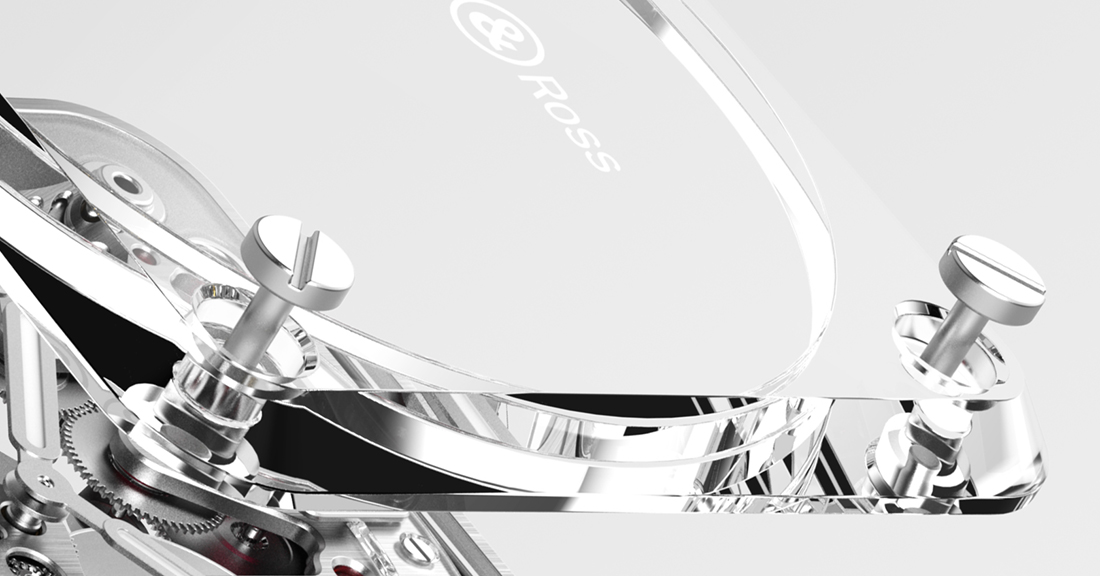 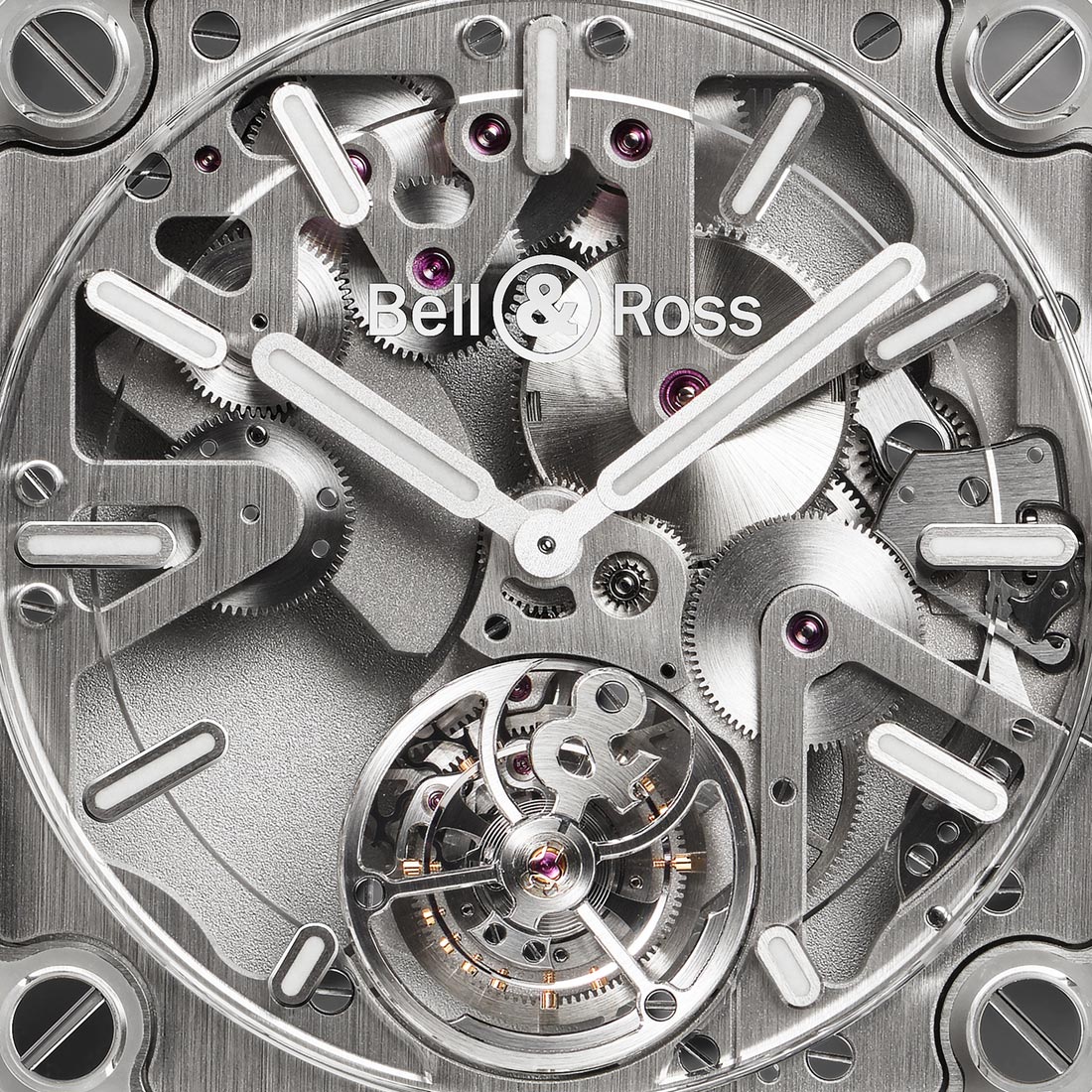 In the case of the Bell & Ross BR-X2 Skeleton Tourbillon Micro-Rotor watch, the movement is skeletonized so the overall look is even more dramatic. The bridges, wheels, and the entire gear train are exposed for all to see and admire. The movement is decorated in what Bell & Ross calls a “modern” way that is in keeping with the brand’s personality. No Côtes de Genève or crazy anglage here. Instead, what you will find is fine brushing, soft bead blasting on the bevels, and circular graining. Haute horology finishing this is not, but the final product does have a certain edgy, industrial vibe. 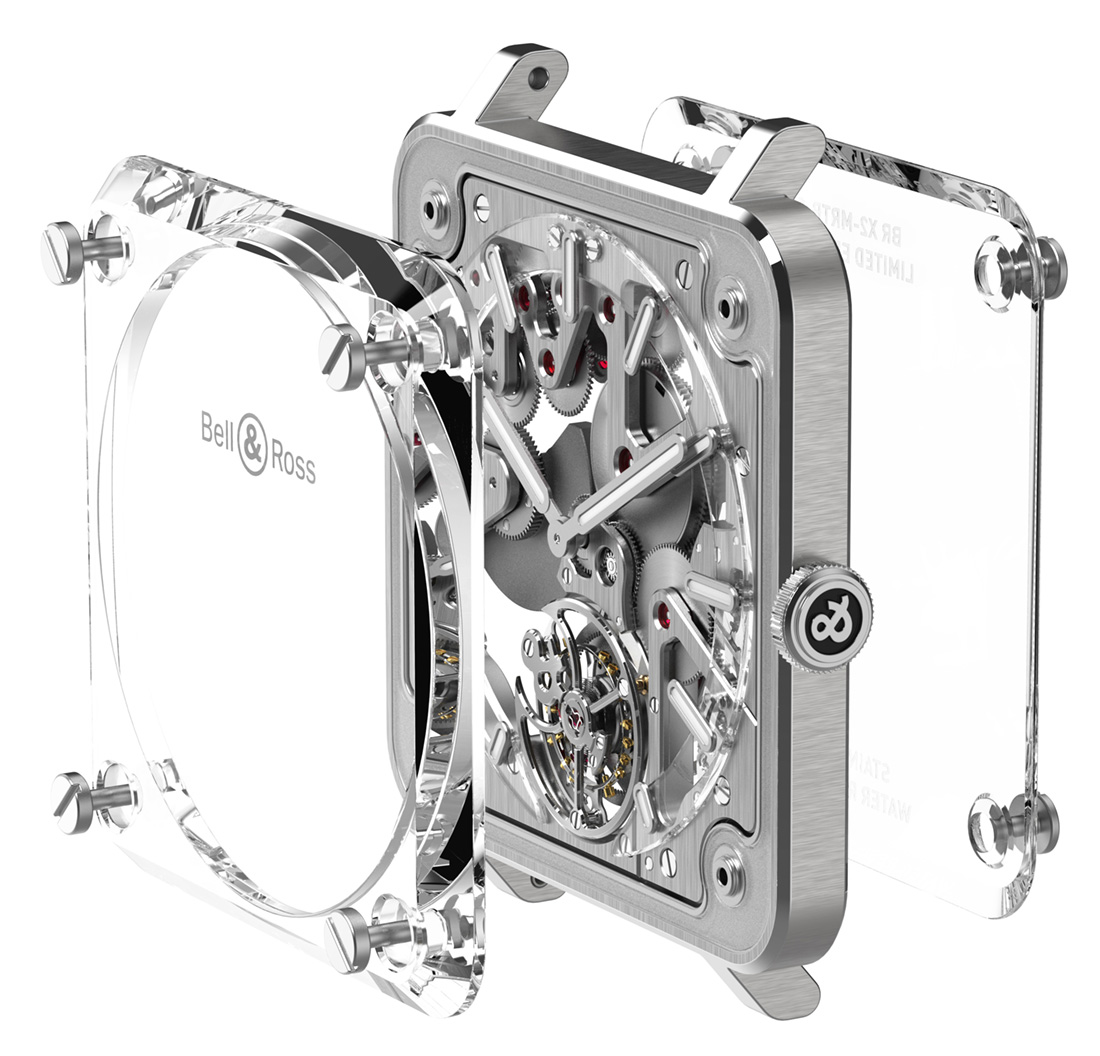 Also worth mentioning is the micro-rotor, which is made of a special alloy called Reconit 18 that is 95% tungsten. It is more than twice as dense as steel, denser than 18k gold, and only slightly less dense than pure gold and platinum. The movement, the BR-CAL.381, has a power reserve of 50 hours. 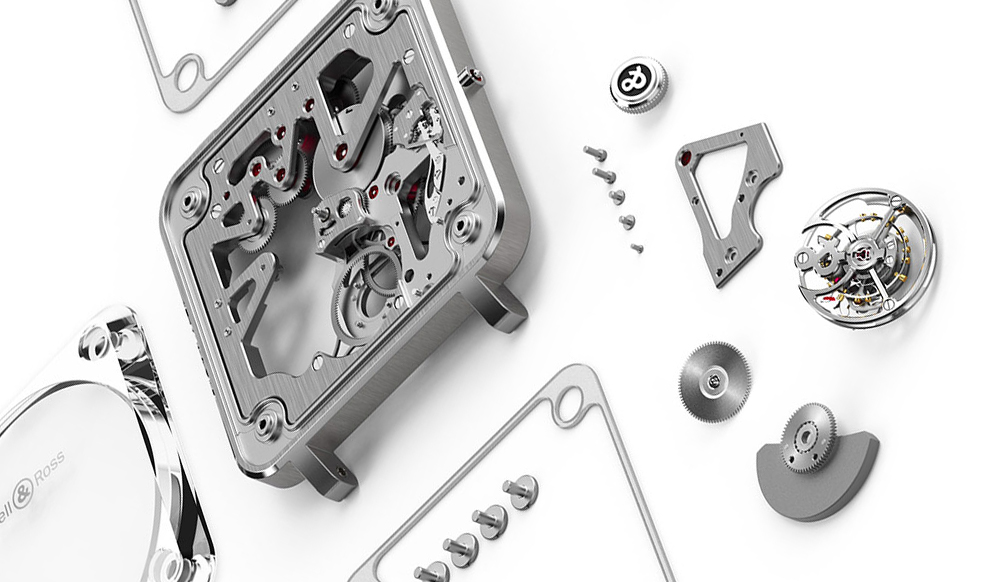 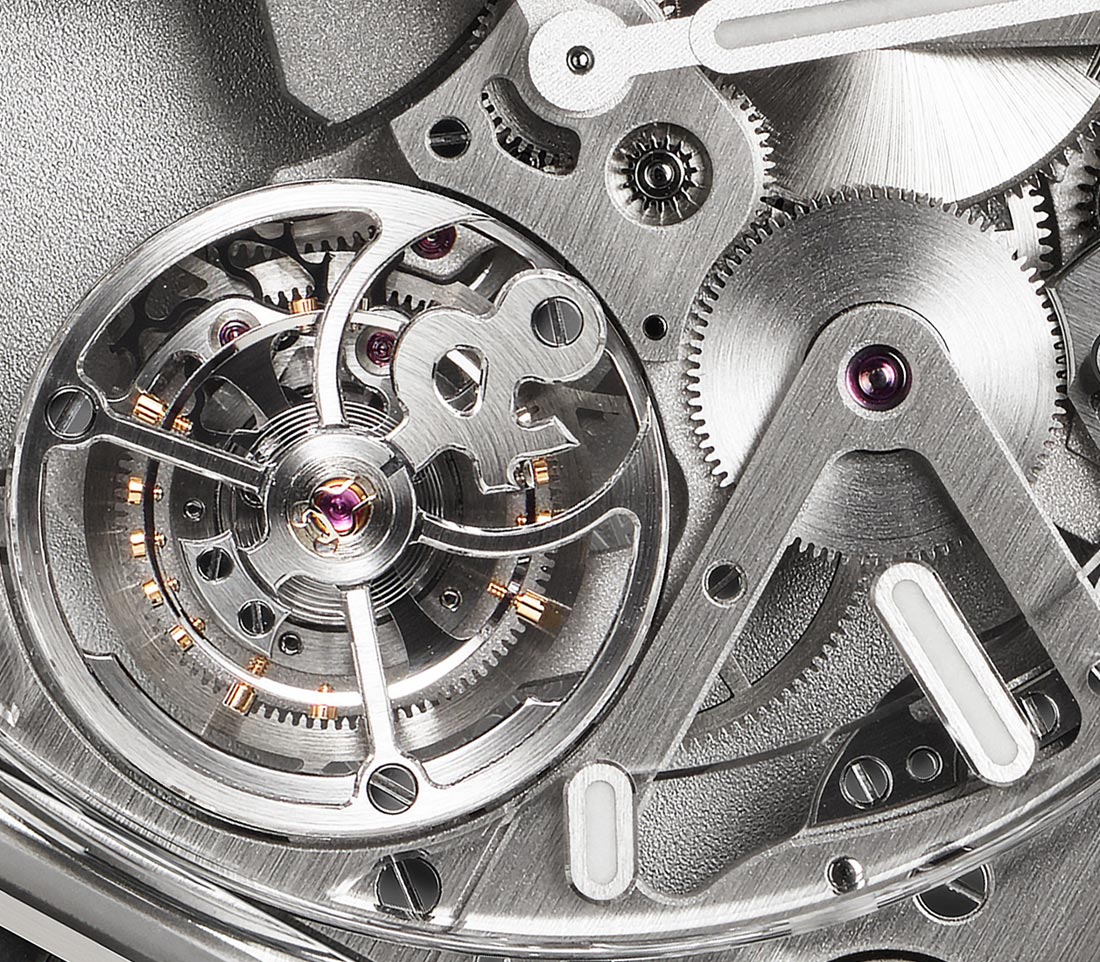 Legibility is a problem faced by almost all skeletonized watches, and with no real dial to speak of, the BR-X2 Skeleton Tourbillon Micro-Rotor watch is no different. Judging from the press photos at least, the stainless steel Super-LumiNova-filled hour appliqués and hands do not offer much contrast against the movement, making the time potentially harder to read. That said, I don’t think most prospective buyers would mind, as the attention would all be on the large flying tourbillon at 6 o’clock, which features the brand’s signature ampersand as part of the tourbillon cage. 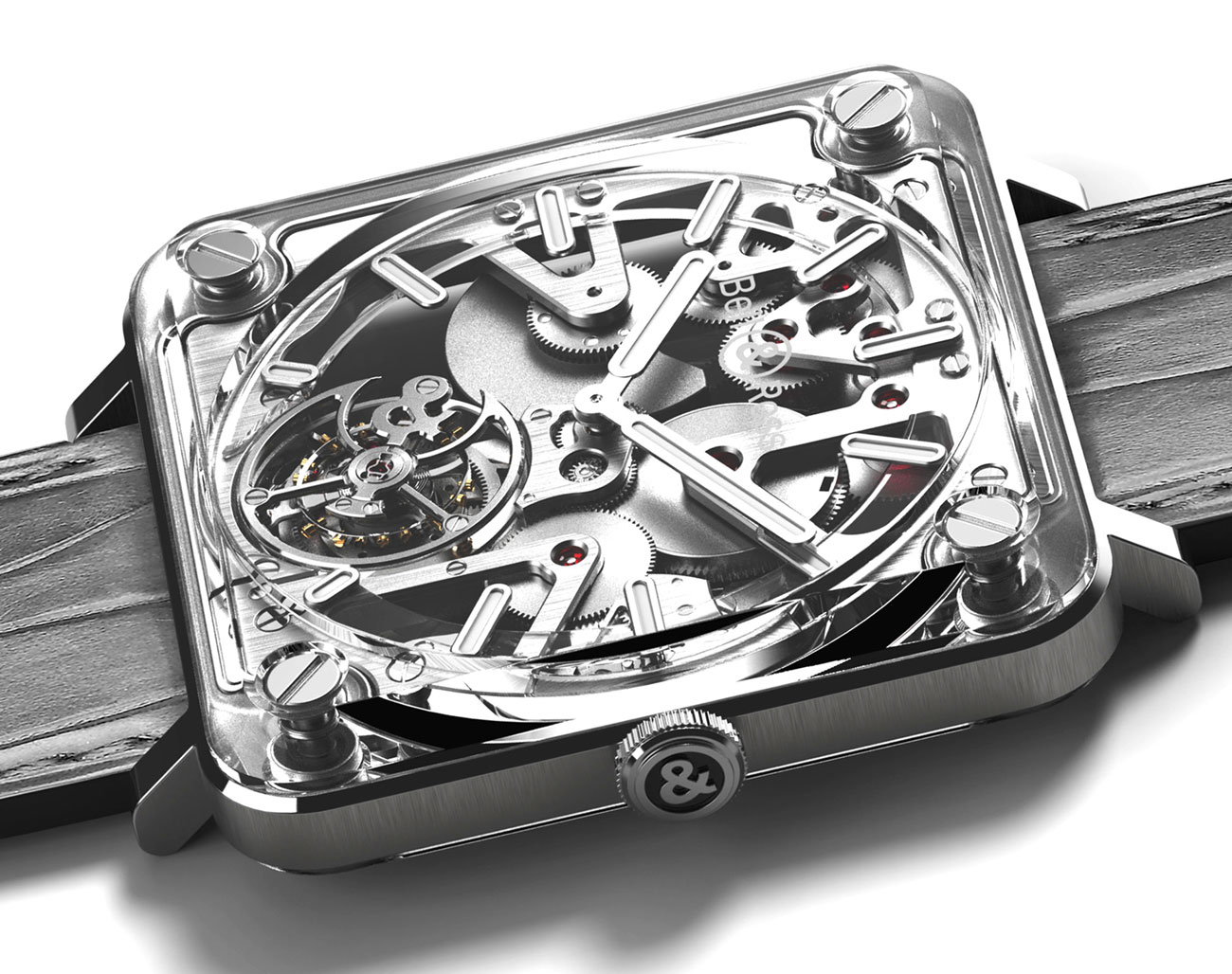