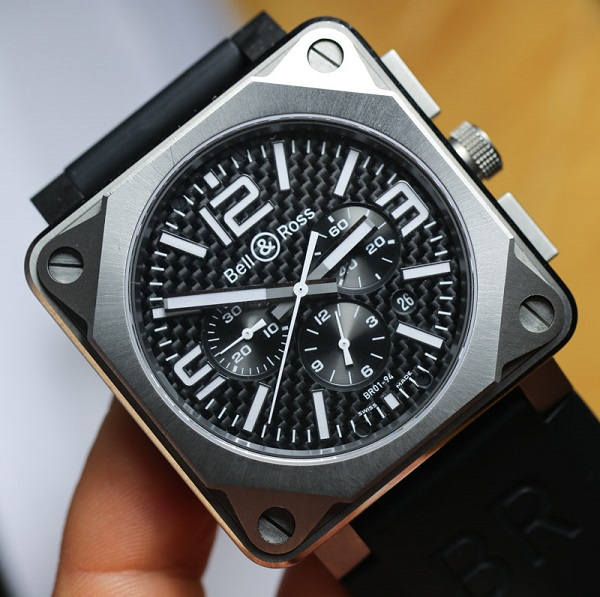 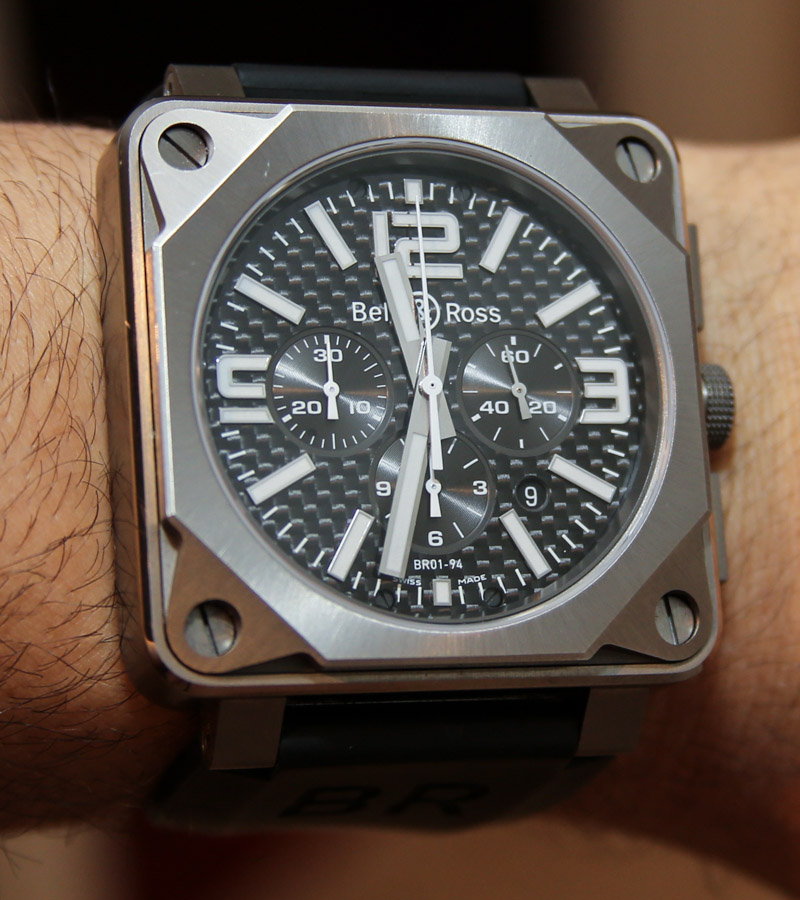 When Bell & Ross released the “pro” version of the iconic square BR01 case a few years ago it was pretty “wow.” It was perhaps at an apex of the large aviator watch’s popularity, and Bell & Ross was interested in creating as diverse a range of BR01 models as it could dream up. That included limited edition versions in various colors, and thematic items like this futuristic looking ‘warrior’s watch’ in titanium with a carbon fiber dial. So is the BR01-94 Pro Titanium Carbon Fiber still cool or a reminder of when watches like this sold more easily?

Bell & Ross first released this BR01 Pro model back in about 2008 (covered here), and then in 2009 a version of the BR01 Pro was released in an all carbon fiber case (covered here). This reviewed model is a combination of the two. The case is titanium while the dial is carbon fiber. As you can see, Bell & Ross was truly trying to offer something for everyone. We’ve complained about carbon fiber before. Often in dials where its presence destroys legibility. That isn’t the case here because Bell & Ross had the foresight to design the watch with massive hand and hour markers slathered in lume that could be easily read (but not look that garish). In practice we like it. 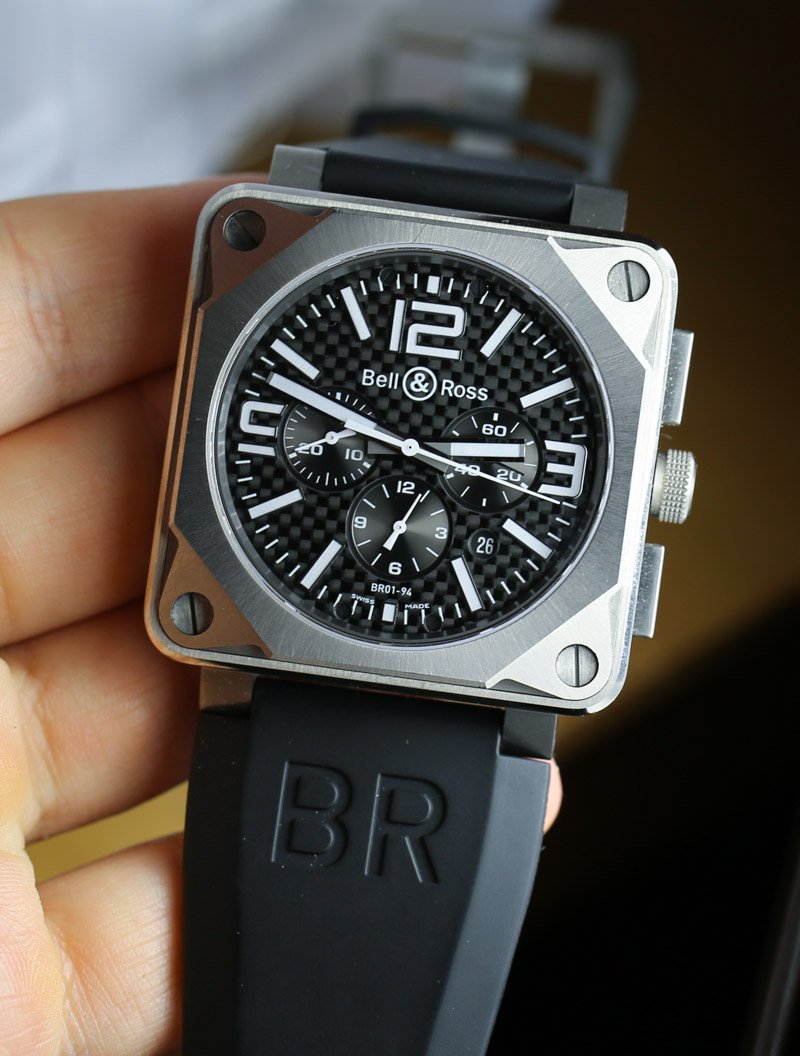 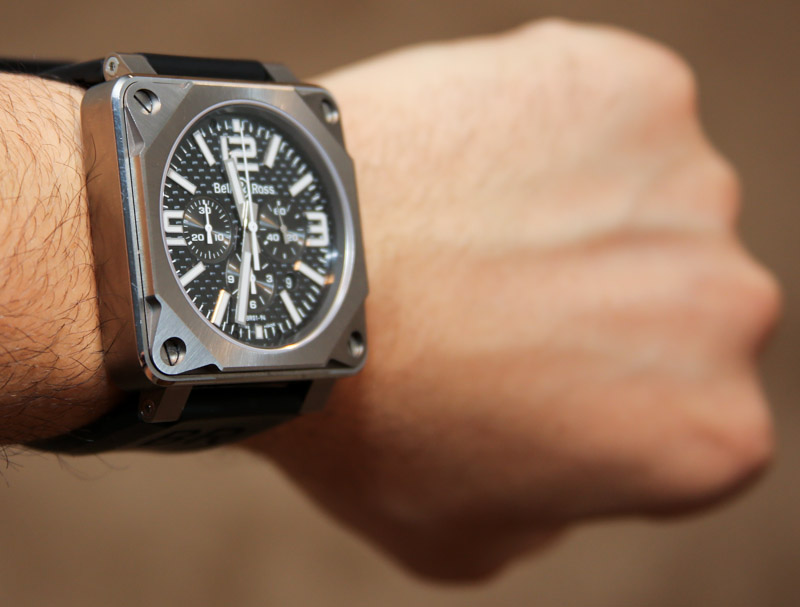 There were a few versions of this “Pro” dial treatment, and it showed up on a few different watches. Bell & Ross even offered this dial (in carbon fiber) on one of their BR02 dive watches (hands-on here). As you can see, three-hand (BR01-92) as well as chronograph models (BR01-94) were available. While it is a healthy alternative to the standard aviator dial which is so classic looking on the BR01 (as well as many other Bell & Ross watches), we think the Pro dial is more of an “occasional” look versus something you would wear daily like the aviator dial.

Having said that the case is very cool. Bell & Ross added another square shape to the bezel, but one that is turned at a 45 degree angle (of course with cut off corners). The bezel is also raised up a bit, and not flat like that on the standard BR01. A little bit of trivia, custom truck and car maker ICON 4×4 has some dashboard bezels in their vehicles that were inspired by the case of the BR01 Pro case and bezel. The case of course is 46mm wide, which for me is the perfect size for this look. Bell & Ross released the smaller 42m wide BR03 as a smaller version of the BR01, but I don’t think it has the same visual effect as its larger brothers. 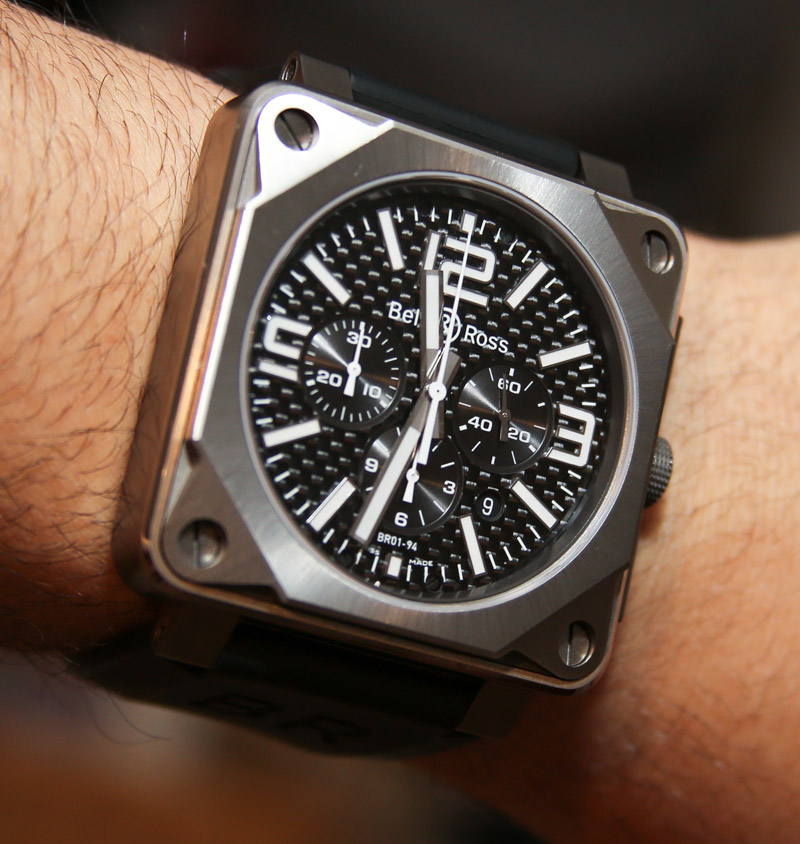 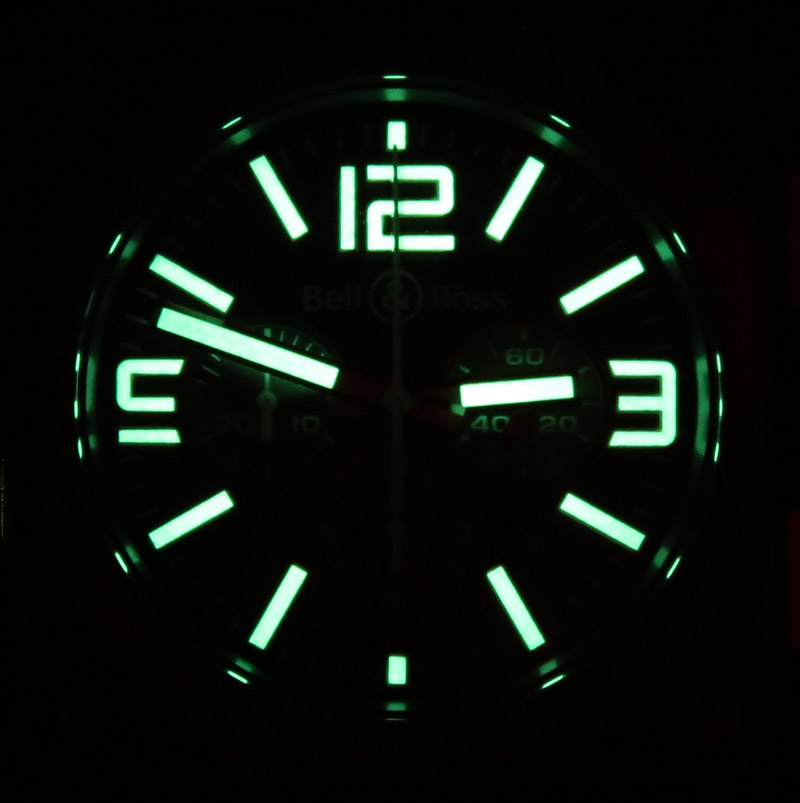