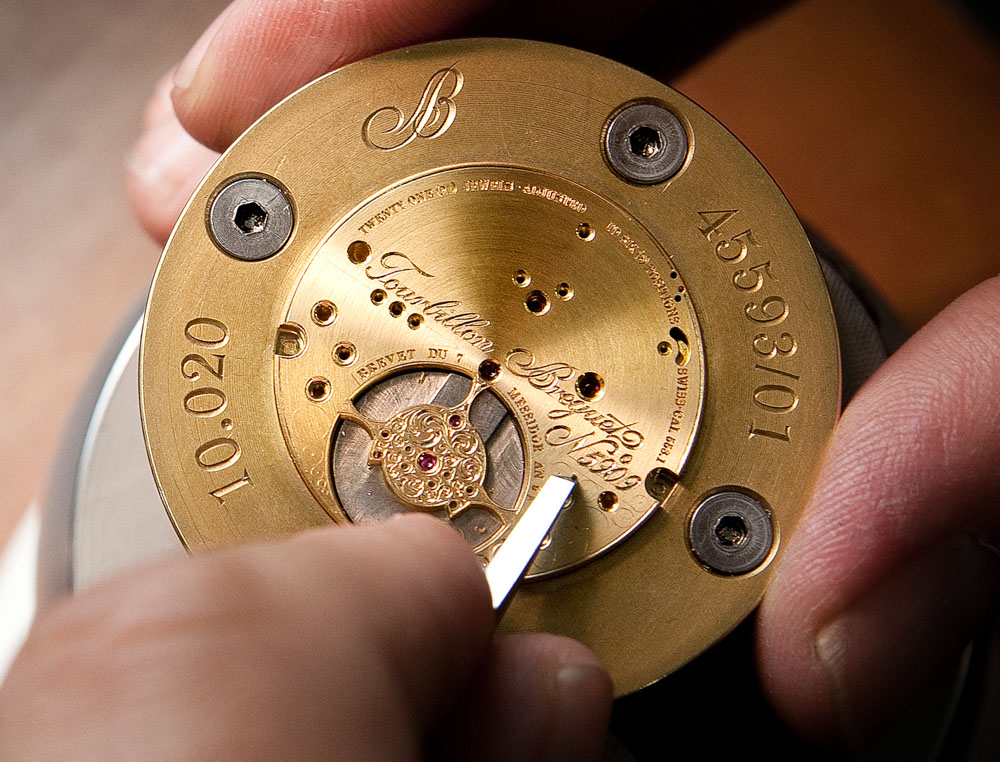 The Breguet Heritage: A Hands-On Look At History, Manufacturing & Watches 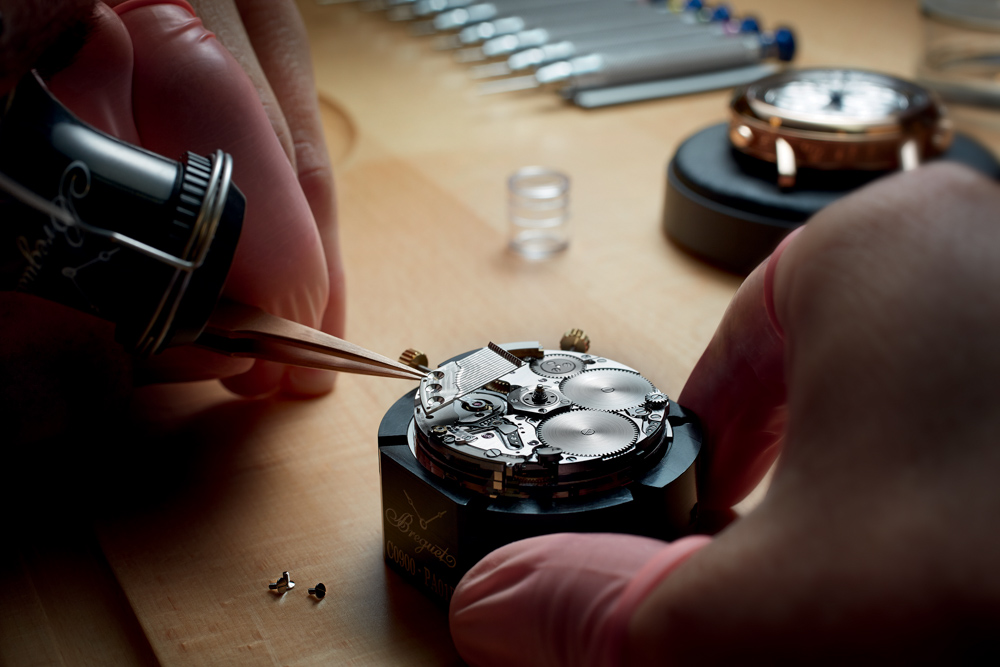 Any noteworthy watch company will have excellent watchmakers, designers, engineers, innovators, marketing gurus, and executives in its staff… However, throughout the history of horology there was but one person, who was all of these at the same time: his name is Abraham-Louis Breguet and his heritage is an unrivaled mix of ambition, confidence, entrepreneurial thinking, and an ingenious understanding of his craft. Today, we take a hands-on look at the remarkable past and present of the Breguet brand and every important and cool detail you ever wanted to know about it. 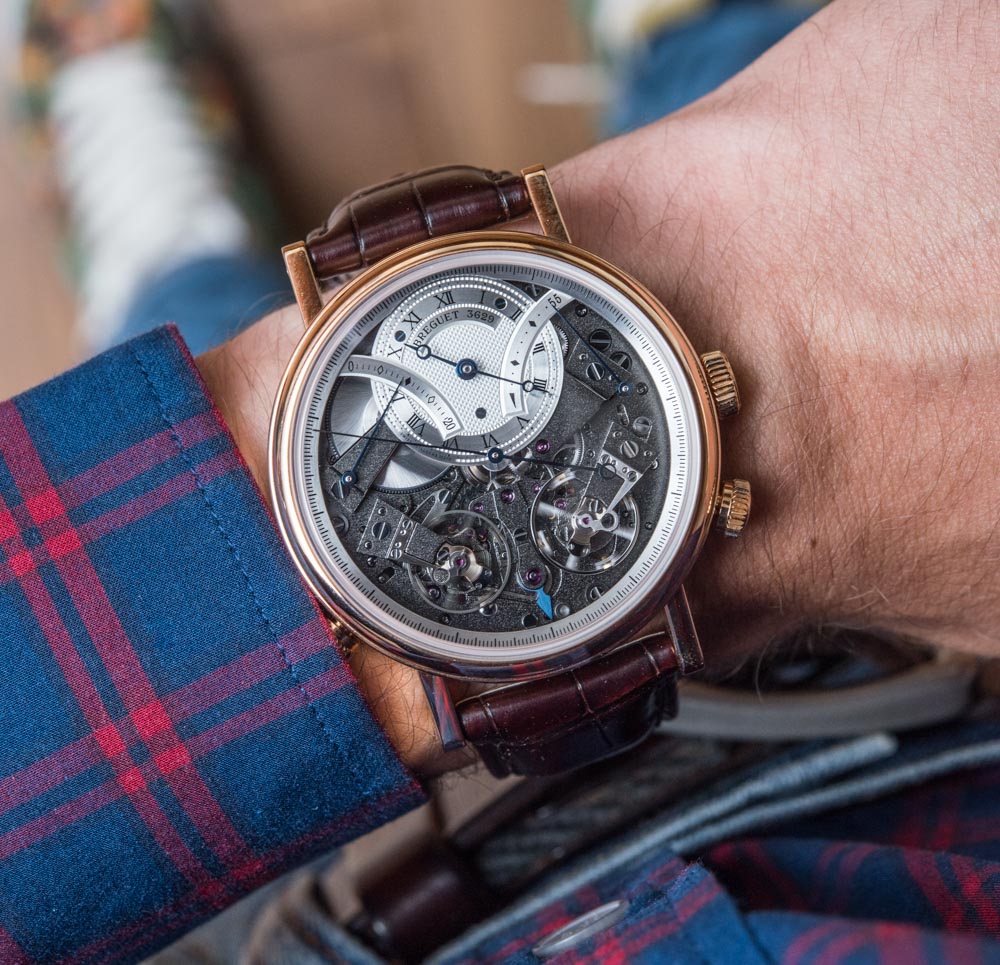 One could easily write a several-hundred-page-long book about Breguet – but one would be late to the party, as there are multiple fine publications about his awe-inspiring achievements. Hence, it would be highly irresponsible of us to try and bring all that accumulated historical knowledge into this article, but – as we said – we will cover all the important historical highlights and innovations, as well as what the brand has been up to since its Swatch Group-driven revival in 1999. Page 1 and Page 2 will discuss history of Breguet, while Page 3 is our look inside the manufacture. Here we go! 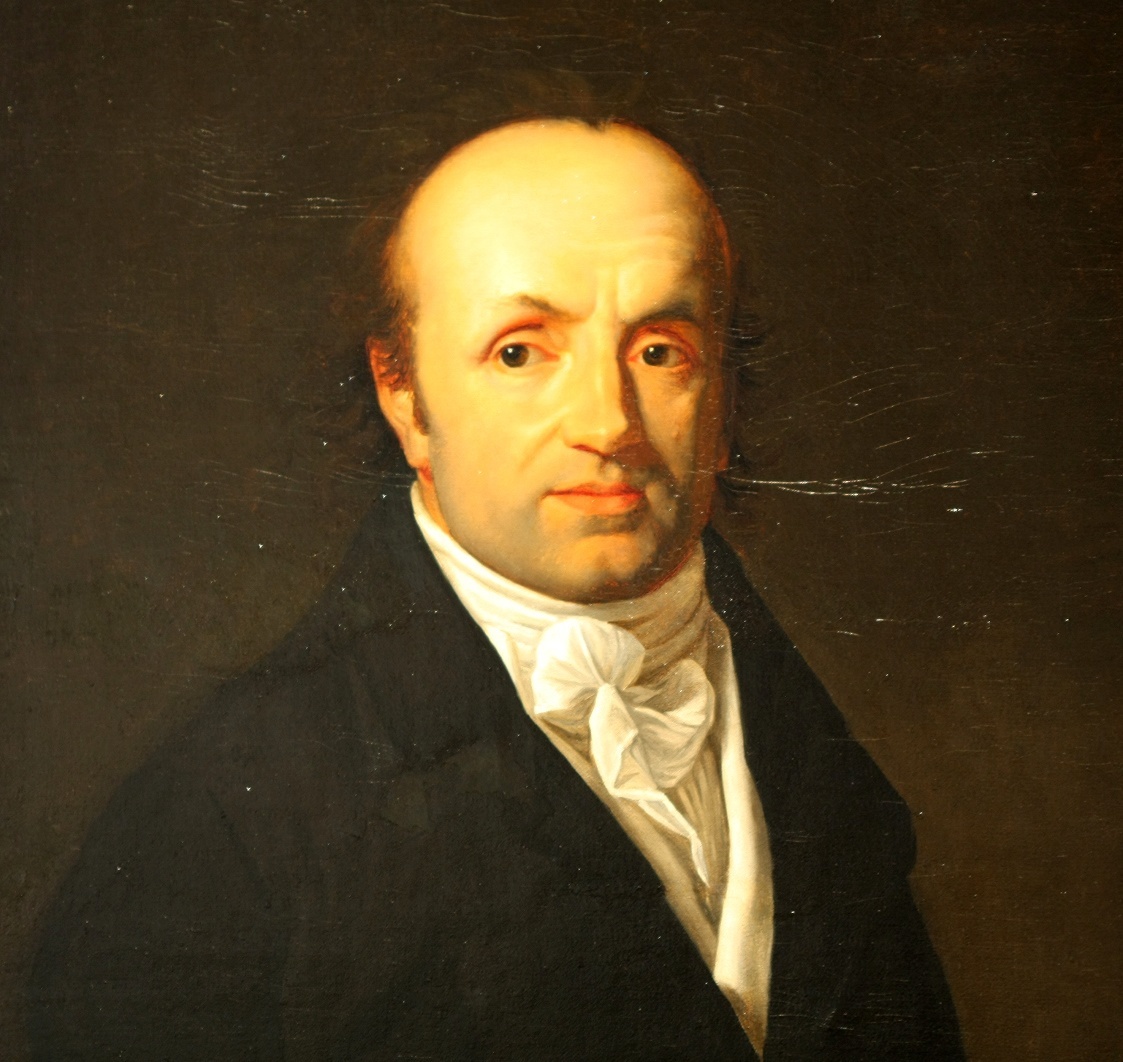 Abraham-Louis Breguet was born in 1747, in Neuchâtel, a little town that retains its high significance in the Swiss watch industry to this day. In his teens, he left the family home to first move to Versailles and then to Paris to pursue his studies as a watchmaker’s apprentice. In 1775, at the age of 28, he opened his workshop in the Ile de la Cité neighborhood of Paris – only a stone’s throw away from prestigious areas around the Louvre and Place Vendôme – with the assistance of a certain Abbot Joseph-François Marie, who helped the young watchmaker to not only get started under his own name but also to gain access to the French Court. Although the French aristocracy shortly began supporting the young watchmaker and entrepreneur, Breguet had to leave Paris during the French Revolution, only to return a few years later in 1795.

This short summary may appear to be but a brief chapter in Breguet’s career, but we’d be awfully wrong to suggest that: let us take a quick look behind the scenes to better understand how early it was that his genius started to show in his work. 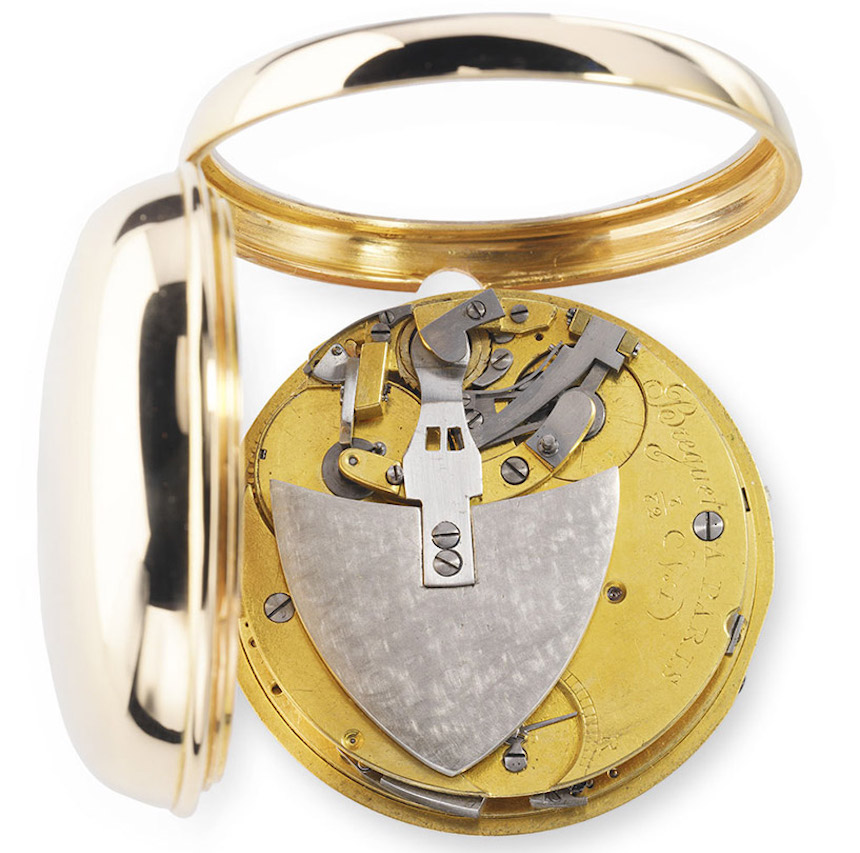 It was in 1780, only five years into owning his workshop, that he developed the world’s first automatically wound watch caliber. Yes, the very basics of modern automatic watches were laid down by Breguet’s invention. His goal was to create a pocket watch that would need not be wound by a key (since winding a watch movement through the crown was not yet possible at the time), but that would rewind its mainsprings all by itself. His “perpétuelle” caliber featured an oscillating weight that would respond to the wearer’s hand gestures when holding the watch, as well as his movement when walking. 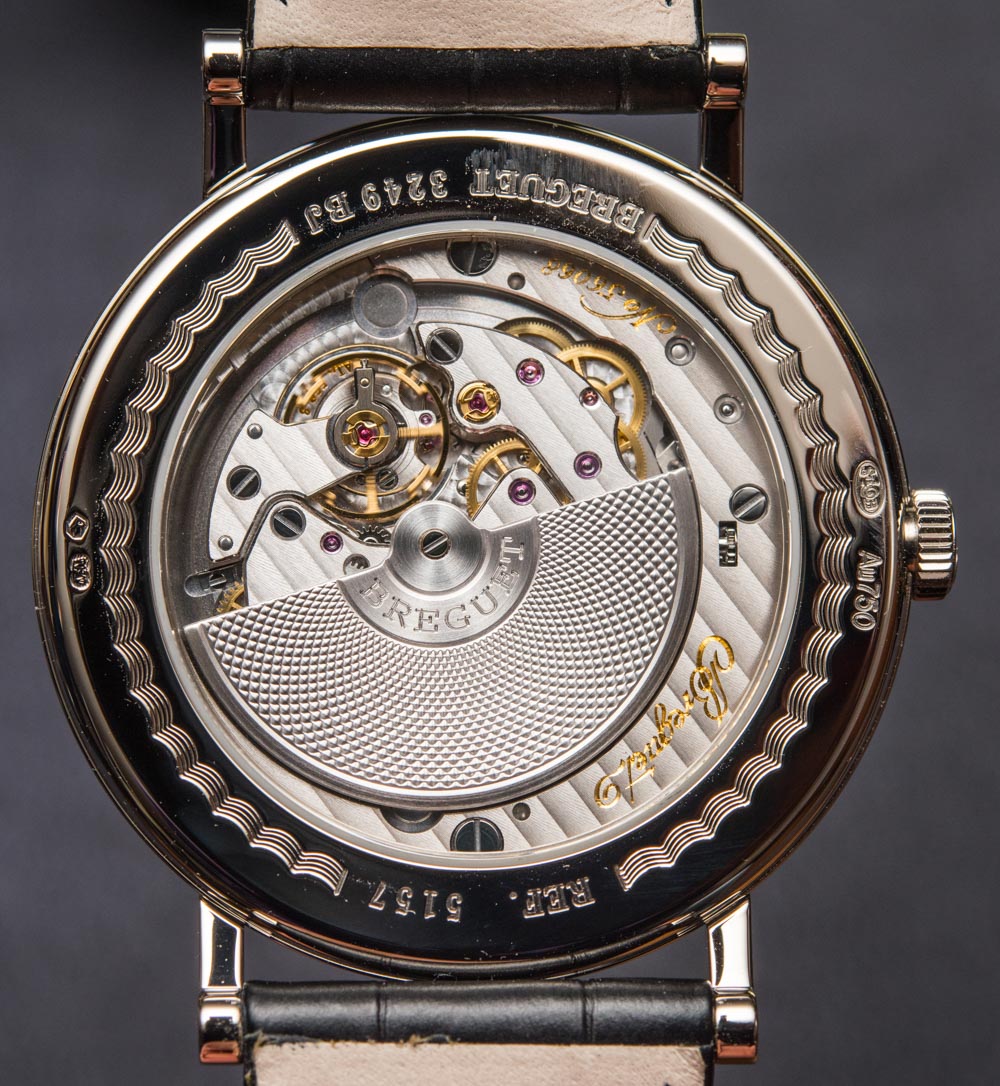 The oscillating weight was spring-loaded so that it returned to its original position after each movement, hence pushing up two going-barrels and stopping when the springs were fully depressed. In other words, we must not imagine today’s bi-directional, centrally mounted winding rotors but rather a hammer-like piece crafted from heavy metal. Thanks to the incredibly detailed Breguet archives (more on those a bit later on in the article), we know that the first fully functional automatic Breguet watch was sold to the Duc d’Orléans in 1780.

Breguet records say that, from the 1780s, his “self-winding watches” were to bring him considerable fame both at the court of Versailles and throughout Europe, and that A.-L. Breguet made and sold some sixty examples from 1787 to 1823 and, it is assumed, another twenty or thirty in the years between 1780 and 1787 (documentary records are largely absent from this early seven-year period). 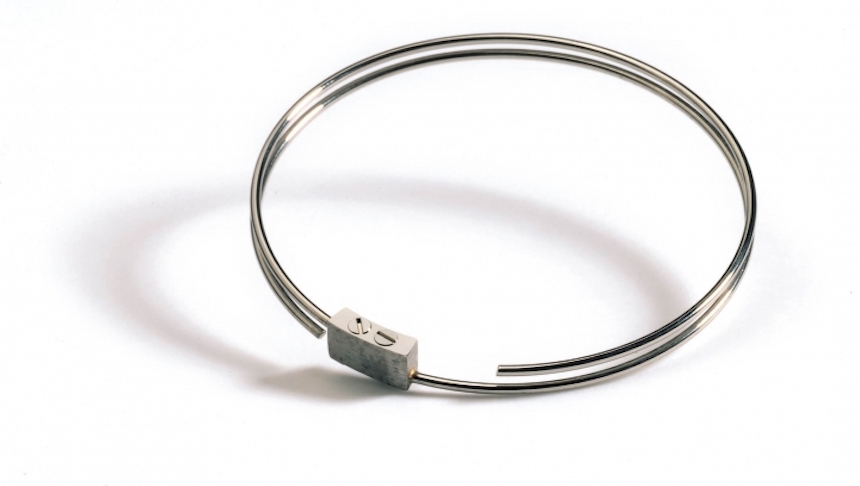 Automatic winding added to the list, let’s keep on going in chronological order: in 1783 followed the gong that has been used in nearly all minute repeater watches since. Around a century after the first hour repeater watches had been invented, Breguet was fascinated by the idea of improving the chiming sound and effectiveness of these musical mechanisms. His studies and experiments came to fruition in 1783 when he created the first striking repeating watch to be operated not by a bell but by a gong spring. 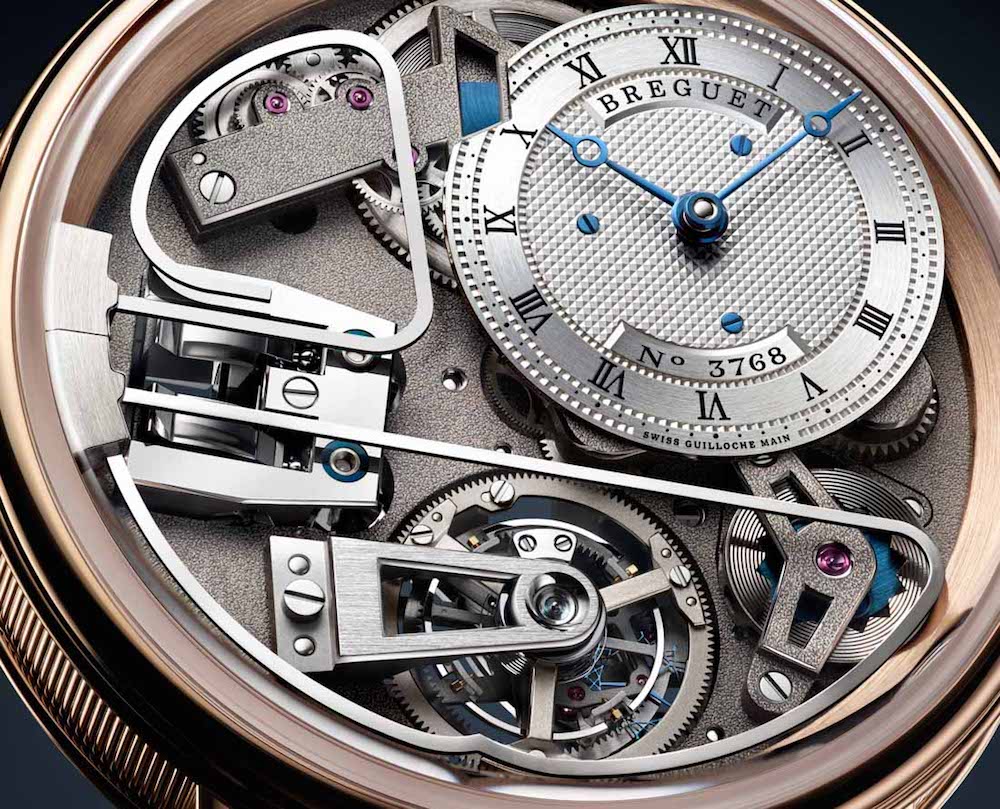 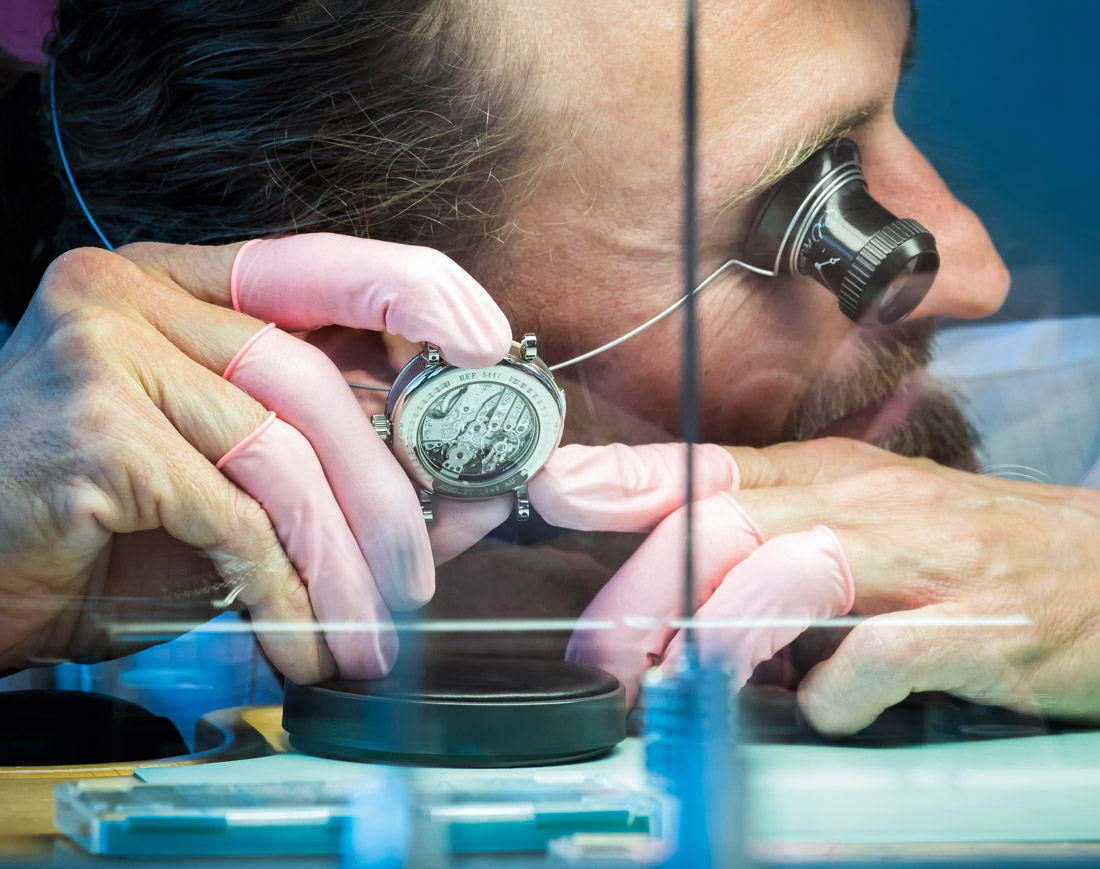 His first designs were based on a rectilinear form and mounted crosswise on the back plate, but soon enough started using a coiled-up spring that would wrap around the movement, resulting in a longer and hence louder gong. This also yielded the advantage of considerably reducing the thickness of striking watches, while at the same time making the tone more harmonious and discreet. Breguet (the brand) calls it “an exceptionally useful invention that was adopted immediately by most contemporary watchmakers. Breguet also invented multiple striking mechanisms, or cadraturs, for repeating watches, notably for the quarters, half-quarters and minutes.” 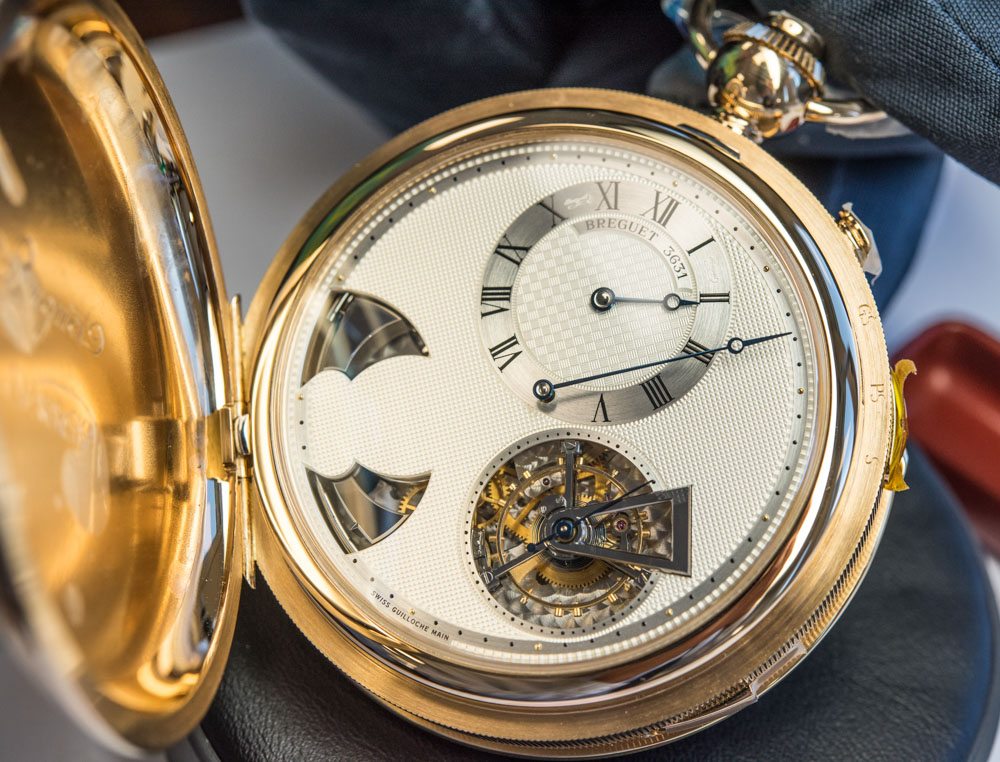 Relatively early in his career, Abraham-Louis Breguet started perfecting the legibility and recognizability of his designs by perfecting his guilloché engraved dials and, more importantly, by finalizing what today are called Breguet hands and Breguet numerals. The combination of elegantly swirling Arabic numerals (preferably in blue over off-white enamel) and always perfectly sized minute and hour hands with small circles near their ends for easier visual distinction when used over heavily engraved dials made complete a truly timeless aesthetic that has been generally used up to this day, often completely unaltered. 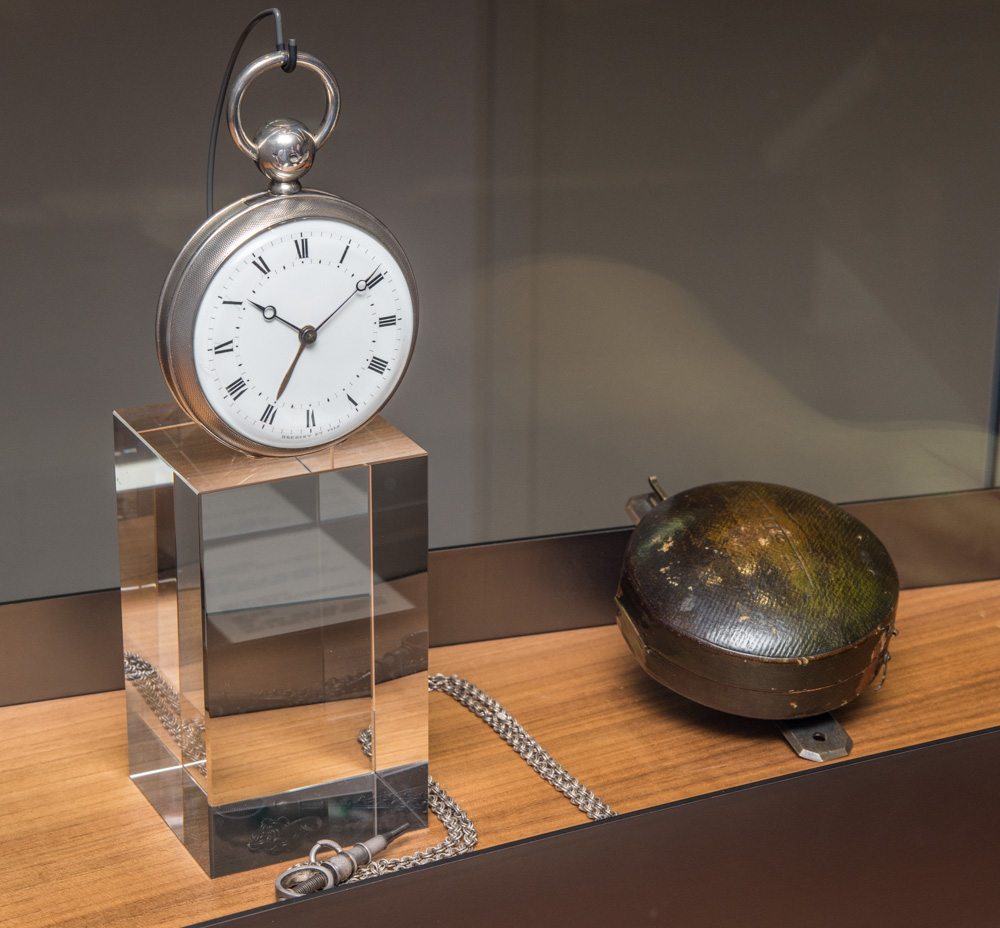 Listening to minute repeaters chiming away and perfecting legibility may imply that all was well with mechanical watches of the late 18th century – but we all know that could not be further from the truth. Consequently, Breguet’s next invention from 1790 was to deal with one of the most common issues with finicky watch calibers of the time: their extremely low resistance to shocks and impact. Specifically, Breguet found a way to make the balance pivot – an axel whose two ends are held in place by a jewel above and below the balance wheel – more resistant by adding a so-called “pare-chute” shock-resistance system to the jewels. 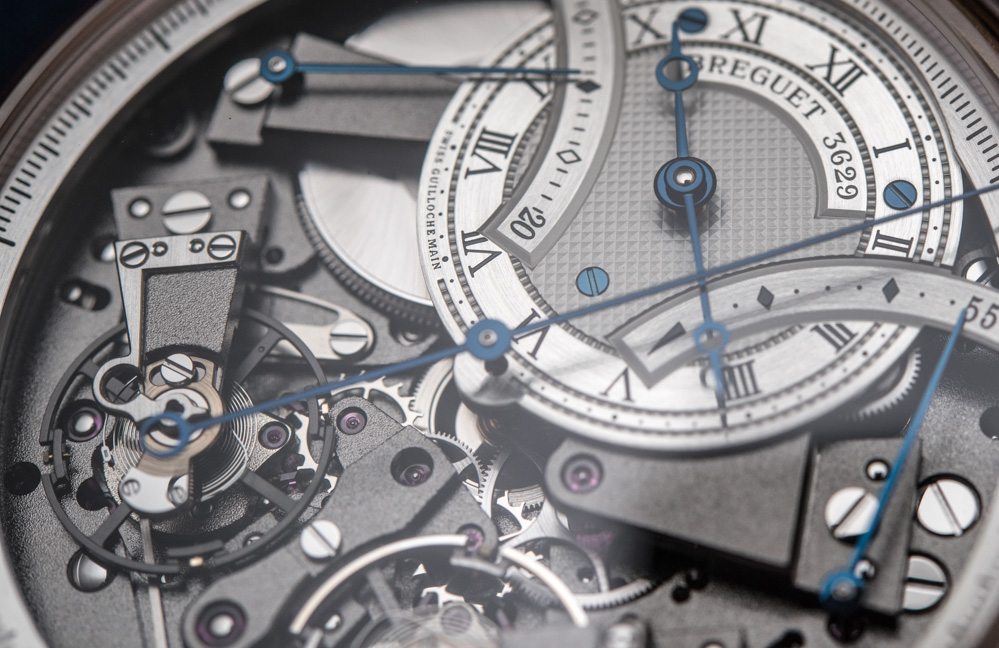 The pare-chute, clearly one of Breguet’s most important inventions, was a concave cap-jewel held on a blade spring holding the pivot. Sounds simple enough, but this clever combination of small dishes of matching shape and a strip spring allowed for the extremely fine (and fragile) balance shaft to stay intact by providing some spring-dampened room for movement, as opposed to being exposed to a direct shock transmitted from the case through the jewels and onto this thin axle.

From 1792, his “perpétuelle” watches were all equipped with it – a good sales move, comparable to how luxury brands of today maintain some of their more important innovations (special materials such as ceramic or silicon, as well as unique color combinations) exclusively for their more high-end collections. Later on, all his watches were equipped with a pare-chute system and he presented the definitive version of it at the national exhibition of 1806. Also sometimes called elastic suspension of the balance wheel, the pare-chute is the forerunner of the modern “Incabloc” and all other shock protection mechanisms – but it is quite something to think that it dates back to the 1700s.