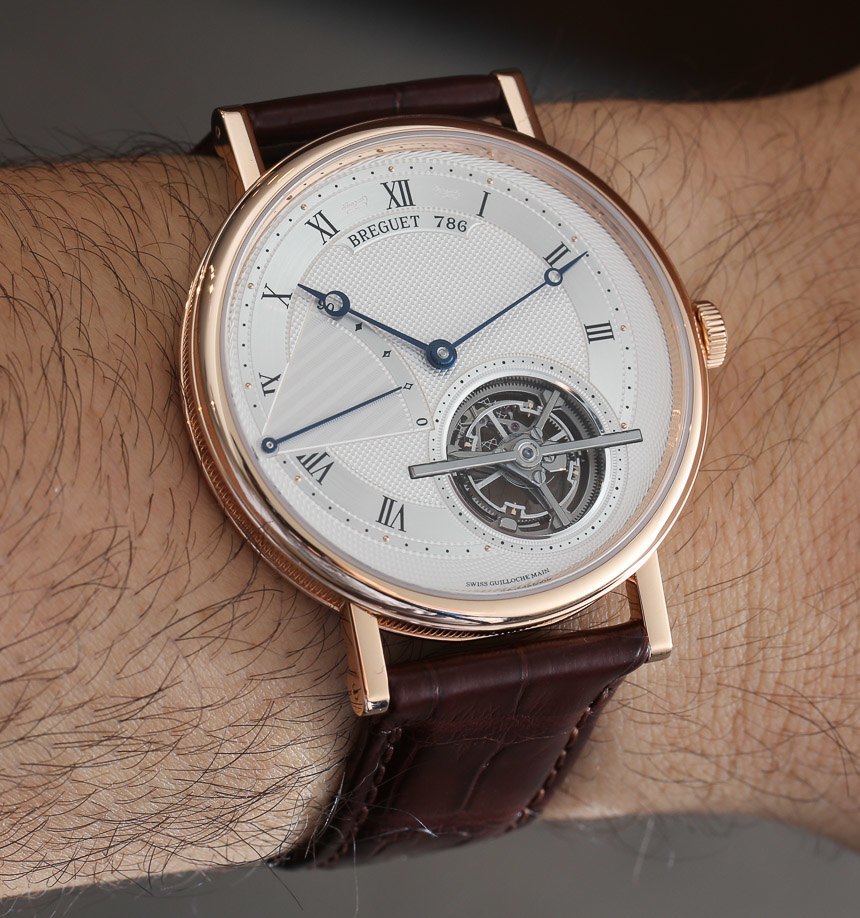 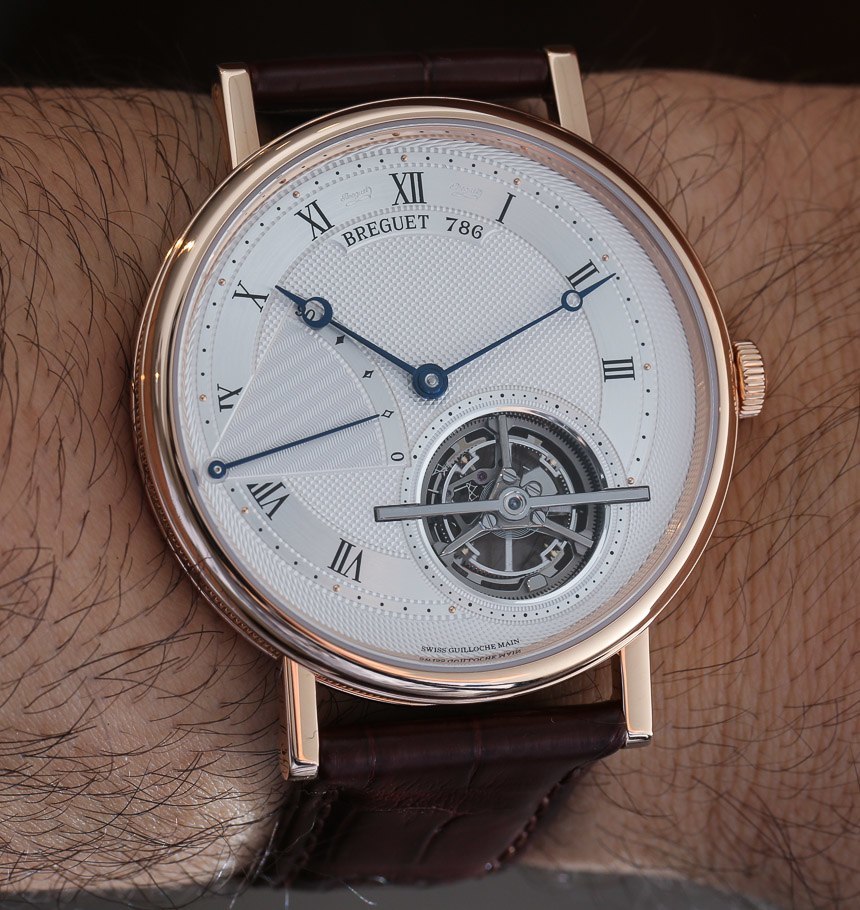 Even though pretty much all watch lovers know the name Breguet, the brand of today is a bit mysterious when it comes to understanding what they are all about. Their watches are spread into a range of very different collections, and while they do a fantastic job of keeping their “heritage” alive, there isn’t a single element or factor that ties the brand together aside from their mostly classic styling and adherence to maintaining the traditions of the brand. Nevertheless, today I look at what might just be the ideal high-end Breguet product to own and wear on a daily basis if you truly want a modern timepiece that Abraham Louis Breguet himself would have approved of.

Notice that above I used the words “tradition,” “heritage,” and “classic.” They also happen to be the names of the three major Breguet watch collections – which is not an irony. This particular timepiece is the Breguet Classique Tourbillon Extra-Plat Automatique 5377 watch, and I believe it was new for 2013. As part of the Classique collection, this watch has a relatively thin case and contains a tourbillon-based movement while presenting a very traditional Breguet-style design in both the case and dial. 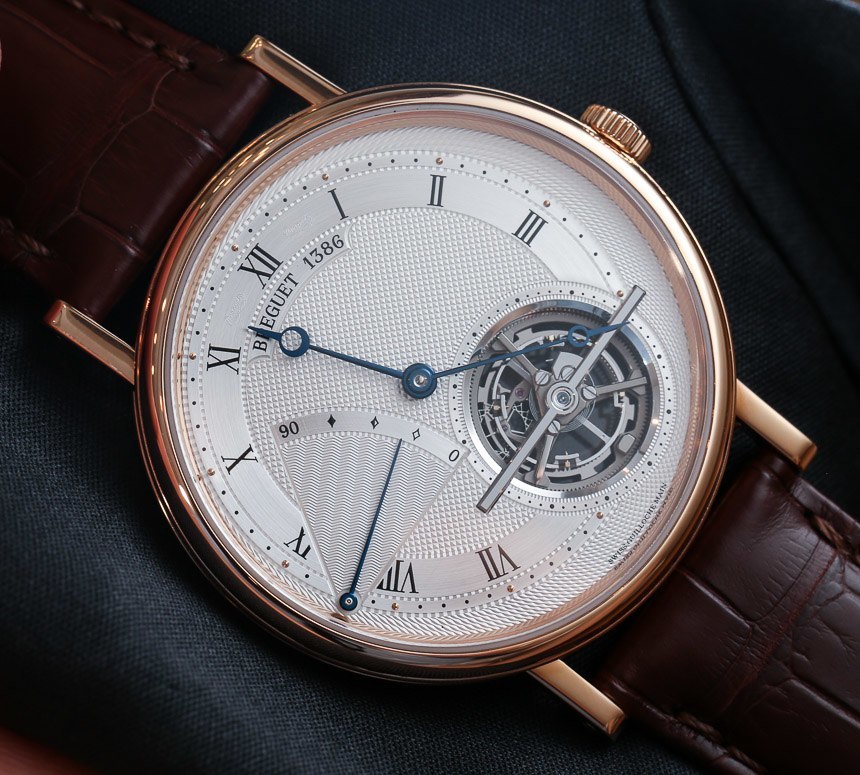 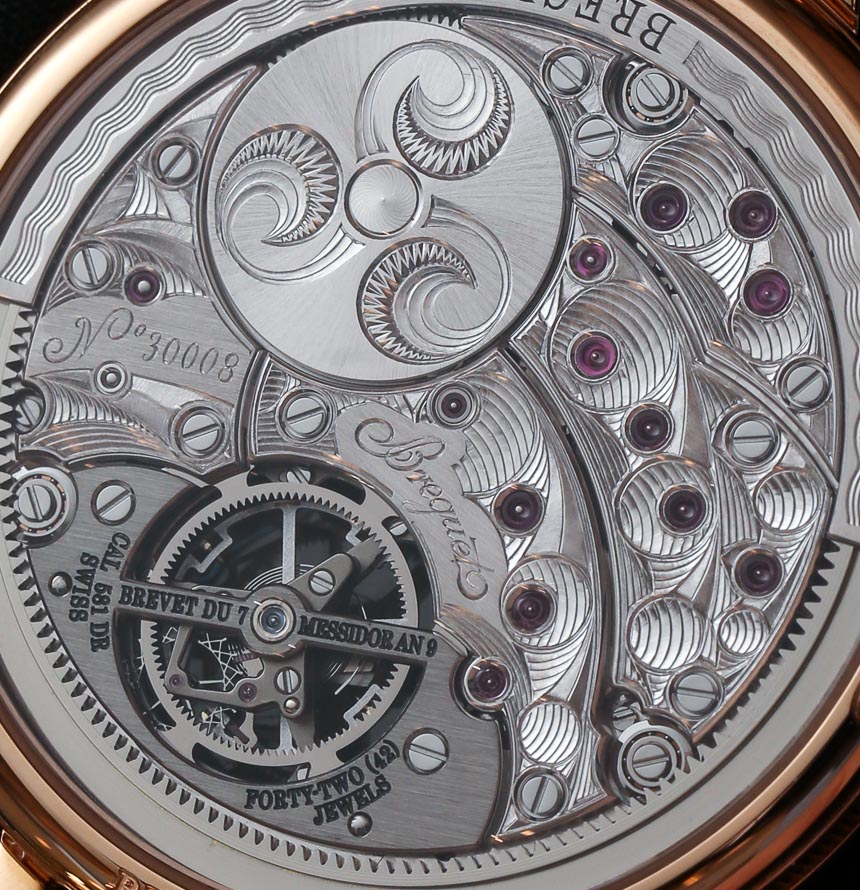 There are so many little elements to this watch which would be precious to the seasoned watch lover and Breguet fan. It would honestly be an ambitious task to discuss them all. As you likely know, Mr. Breguet of old is known as the “inventor of the tourbillon.” He devised the now popular “status complication” as a means of making clocks and pocket watches more accurate. He didn’t design the tourbillon to make items more expensive, but rather as a potential solution to making timepieces more accurate over time. Breguet was a problem-solver of his era.

I’ve written before that if Breguet were around today, he would be a fan of silicon for the material’s properties that allow mechanical watch movements to be more reliable. As such, a few years ago the Breguet brand was among the first to eagerly adopt silicon parts into its movements – which is the case in the in-house made caliber 581DR automatic movement used in the 5377 watch collection. Inside of the movement is a silicon lever escapement as well as balance spring. While silicon was not a material used in Breguet’s day, the contemporary usage of the material is something that I feel Abraham Louis would have stood behind. 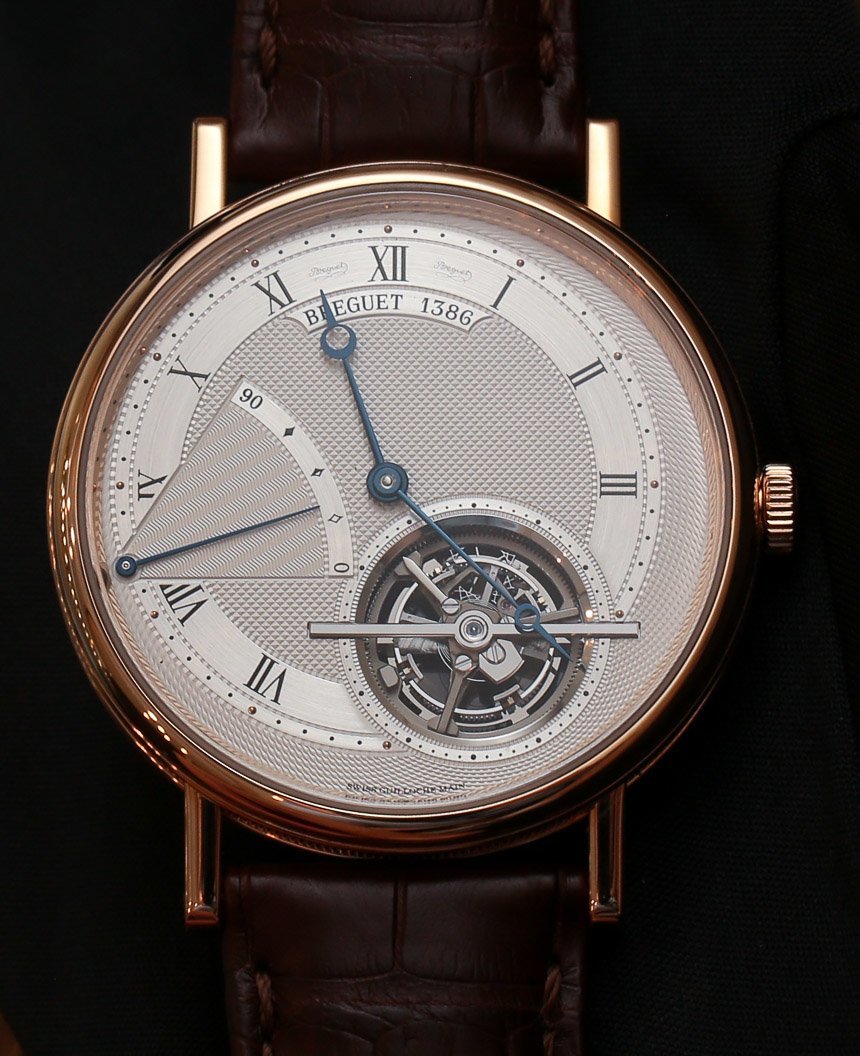 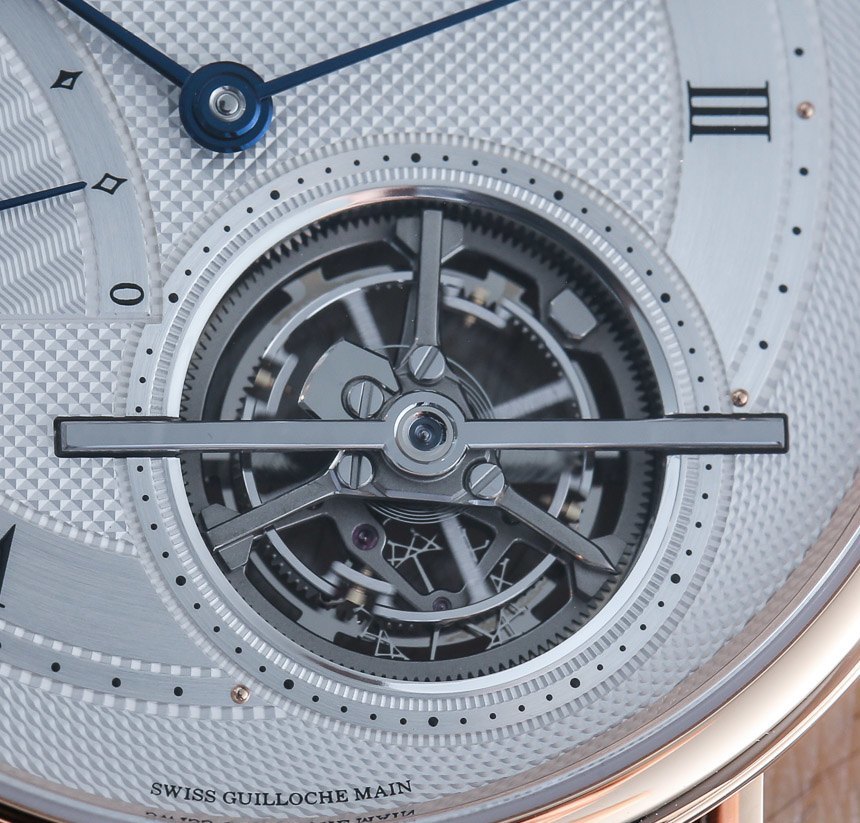 I also appreciate how the tourbillon itself is designed to look modern rather than too historic. The particular angularity of its pieces and the overall look of the parts is very contemporary and makes it feel like something which is a product of the modern era. That is actually true, as tourbillons in wrist watches are something that has only matured in the last 20 years, even though it was actually Omega that first put a tourbillon into a wrist watch in the mid 20th century.

The calibre 581DR operates at 4Hz (which is what Breguet would have wanted) meaning that it does not sacrifice frequency in order to make the design of the tourbillon parts less complicated. The movement has a nice power reserve of 80 hours, and for reliability the mainspring barrel is mounted on ball bearings, as opposed to a traditional (and weak) pivot point. On the dial, the movement is simple, offering the dial, seconds (via the tourbillon), and a power reserve indicator rendered in typical Breguet style that you can even see in the pocket watches he made in his day, back in the 18th century. 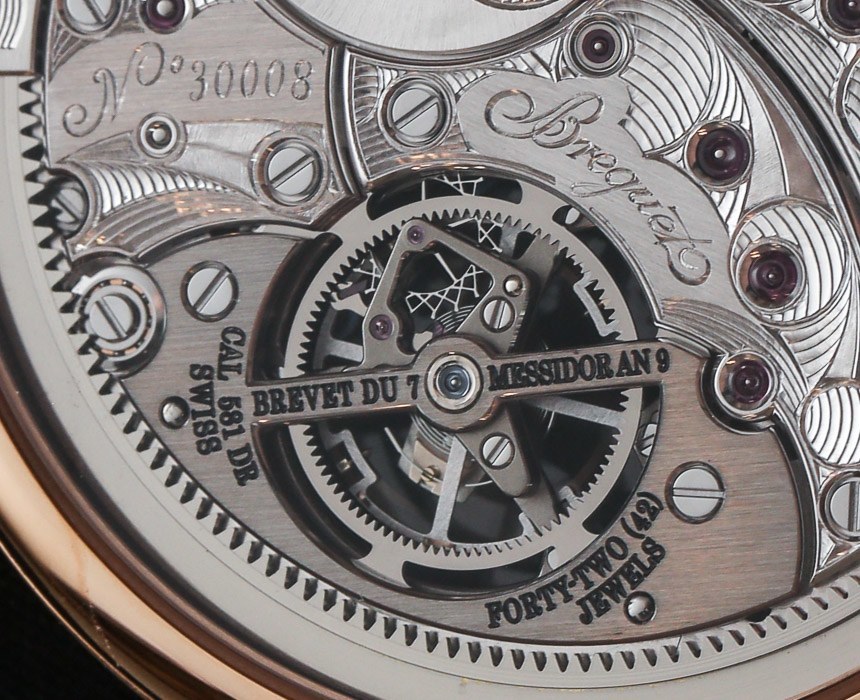 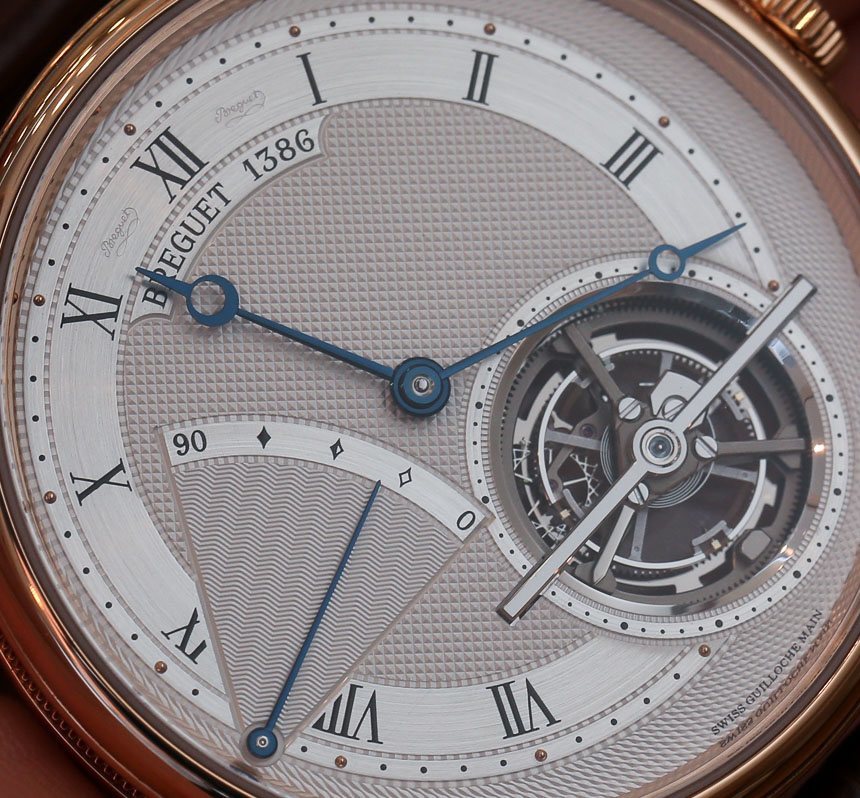 Last but not least, the movement is an automatic. Automatic tourbillons are rare, and ultra-thin (“extra-plat”) automatic tourbillons are even more rare. The entire caliber 581DR movement is just 3mm thick, and it uses an extremely uncommon peripheral rotor that sits around the movement, rather than on top of it. At first glance it is easy to miss that the Breguet Classique Tourbillon Extra-Plat Automatique 5377 even has an automatic movement. Then as you move the watch around you can see the rotor moving around and you can’t help but smile.

Breguet enhances the mechanical movement with a lot of lovely hand-engraving – which is attractive but not over-the-top. What I like is that the particular designs done are those which really can’t be easily replicated by machine, and the message to owners is “this was done by hands.” Over the dial of the Breguet Classique Tourbillon Extra-Plat Automatique 5377 you have a different type of engraving that is done by machine, although by what I believe is a hand-operated turning engine. 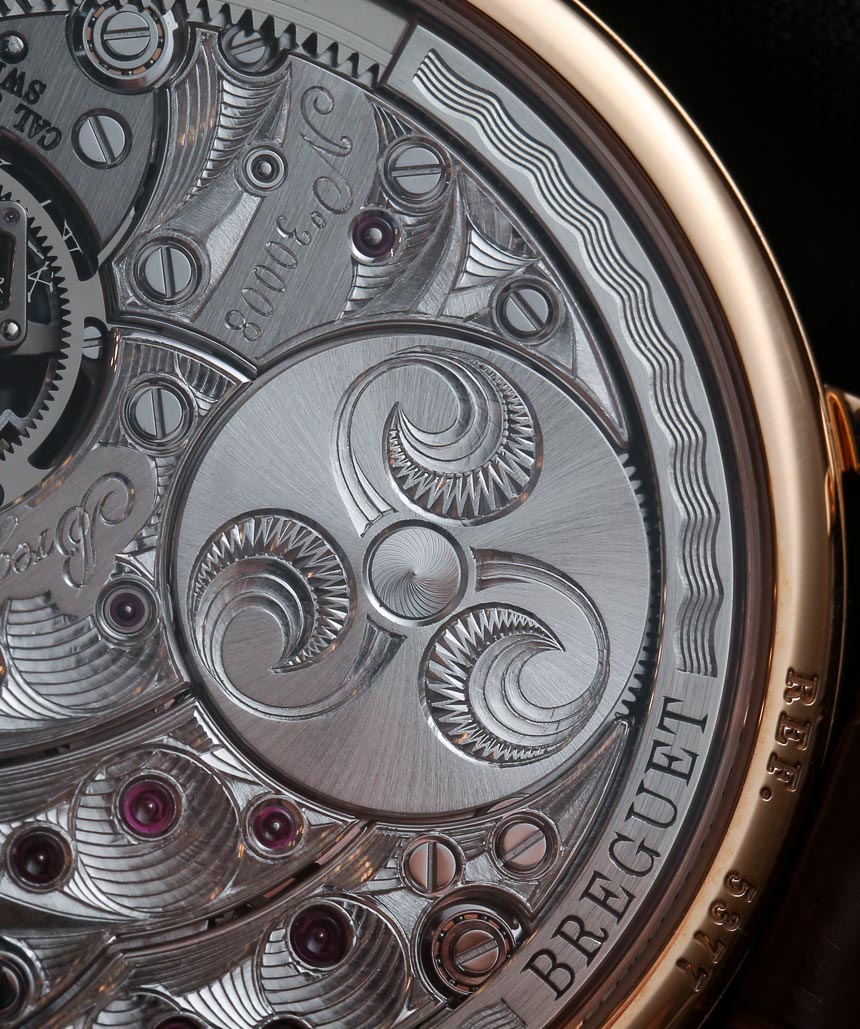