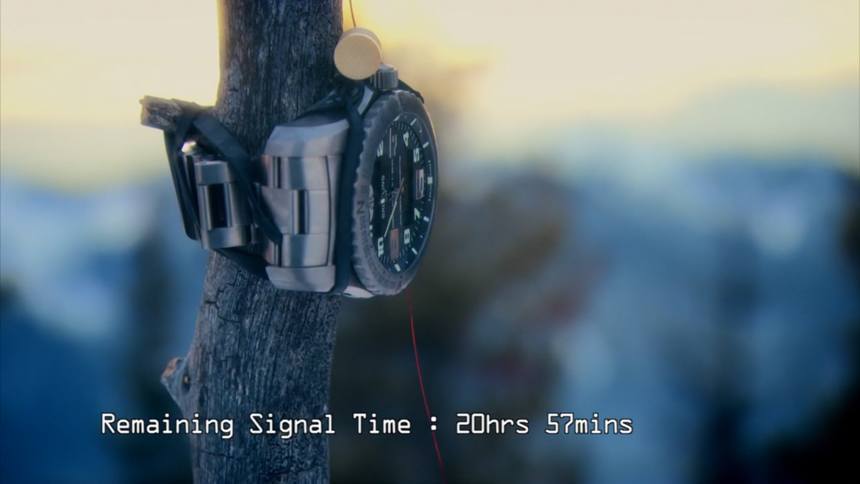 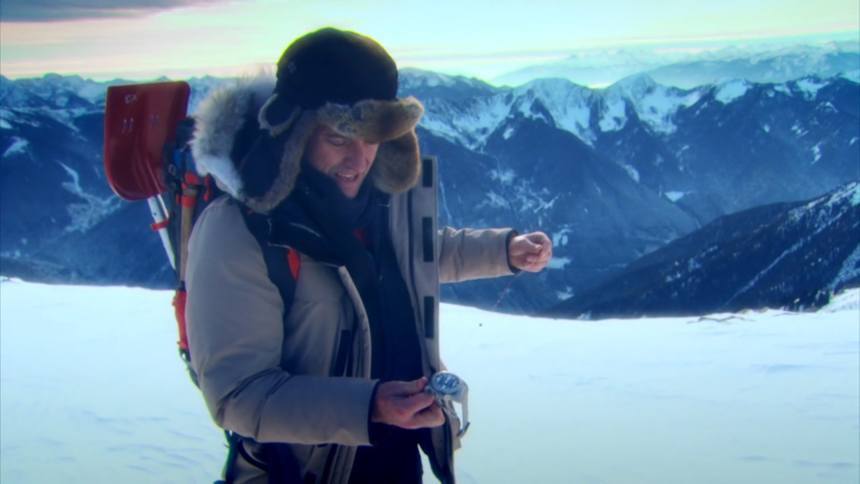 Being both a full-on watch and car nut, you can imagine my surprise when in season 22 of British motoring show Top Gear I saw an entire “challenge” featuring a Breitling Emergency II watch. Sure, it is not unusual for watch enthusiasts to be car nuts as well – I have met countless watch nerds over the last few years who, after a bit of conversation, showed their car lover side as well. Top Gear is a motoring show that needs no introduction to any car fan in the world: viewed by around 350 million people every week in over 170 countries around the globe, it features “three middle-aged men mucking about,” driving in the latest and greatest sport cars, SUVs, luxury sedans, and, sometimes, in the worst machines the car industry has ever produced throughout its history.

Given that vast audience in the hundreds of millions, Top Gear may seem the ideal vehicle (pun intended) for product placement. However – other than the cars, of course – product placements in the show have been few and far between: the presenters hardly ever wear branded clothing, there is no sponsorship allowed to be displayed on the cars when they go racing, and, in general, viewers have seen a very limited number of branded items throughout the 13-year history of the show. Because a few weeks ago season 22 came to an untimely stop – for reasons you may learn more about here – it was in the second-to-last episode that the last traditional “Top Gear challenge” was aired, and here’s how it went down and how the Breitling Emergency II (hands-on article here) was featured. 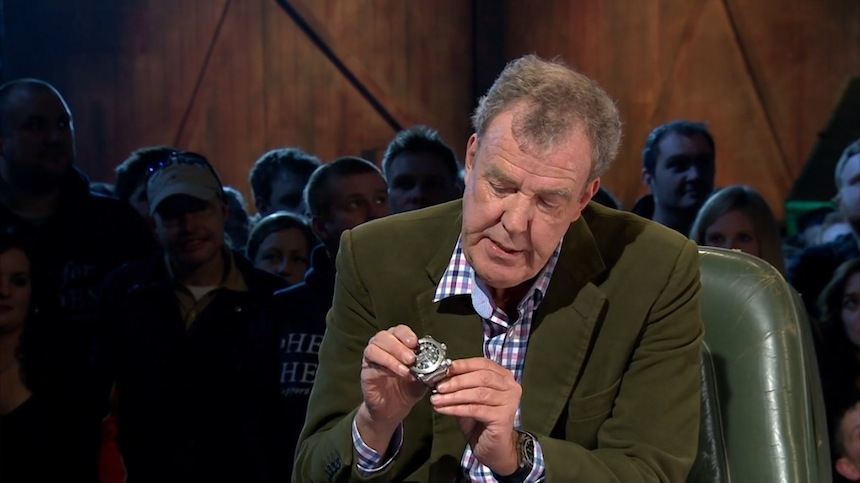 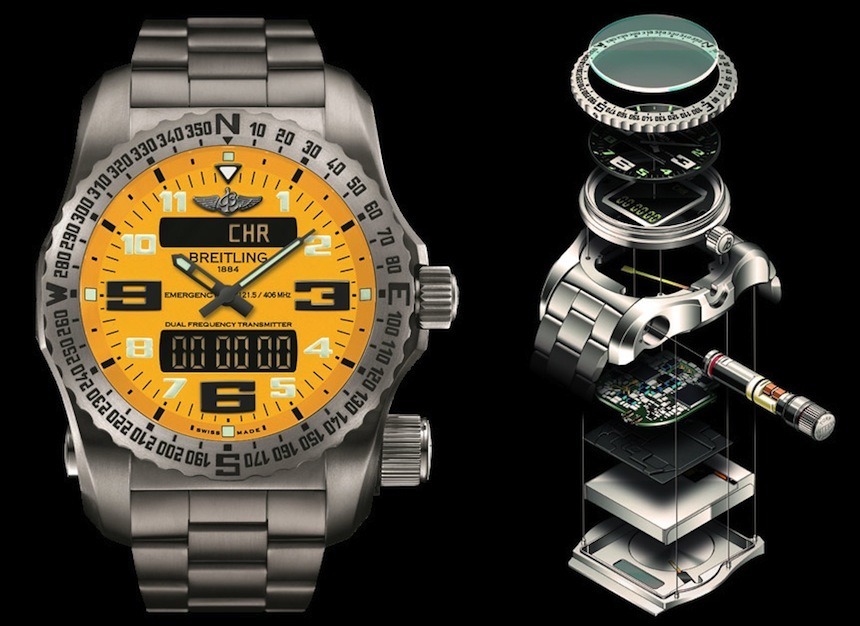 Top Gear host Jeremy Clarkson began the show with an explanation of the watch in his typical style: “I know this is a car show, but please bear with us, because I want to talk about this: this is one of those watches that’s worn by people who play golf and do business, and they are always banging on about these pins. They say, if they pull these pins out, the watch will send their precise position to a team of professionals who will come and rescue them. If they are out climbing a mountain or rowing across an ocean – which they aren’t, because they are out playing golf and doing business – and something went wrong, then, thanks to their watch, they’d be OK.”

Neither the watch brand, nor the model were mentioned as such, but the watch and its finer details were clearly visible in many instances throughout the show. So, to put the Breitling Emergency II through its paces and illustrate what it is capable of, what Top Gear did is they dumped one of the three presenters – who turned out to be Richard Hammond, as arguably, he is the fittest of the bunch – with minimal kit and barely any food “somewhere very, very remote,” to see if the system works. 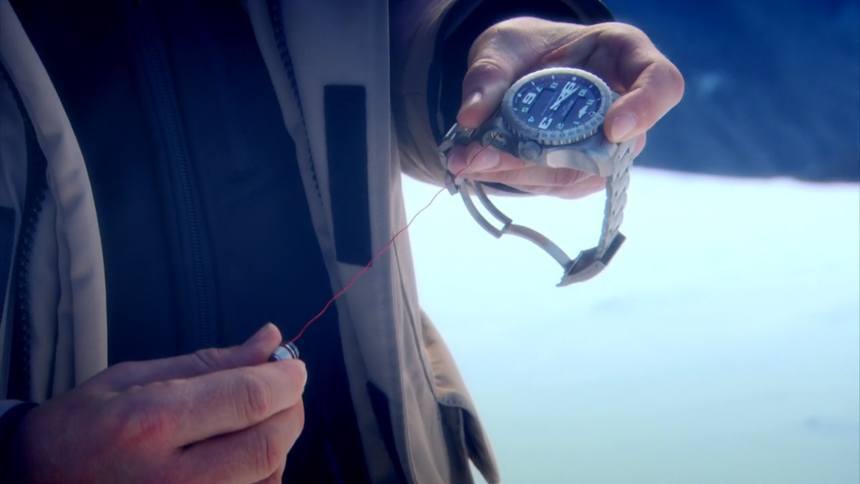 From here on, it is typical Top Gear mishaps. Richard, once dropped off by a helicopter on a mountain top, pulls those pins out, activating a distress signal that’s picked up by a low-Earth orbit satellite, which then forwarded his exact coordinates to a central command center. The team there scrambles the nearest, highly trained search & rescue unit… Or it would have done so, if not for the rest of the Top Gear team, Jeremy Clarkson and James May, to come to the rescue of their esteemed Top Gear colleague, driving two extremely powerful pick-up trucks from Ford and Chevrolet, respectively. The two are in London, as opposed to Richard, who turns out to have been dropped off in Canada, specifically, Wolf Mountain, British Columbia. 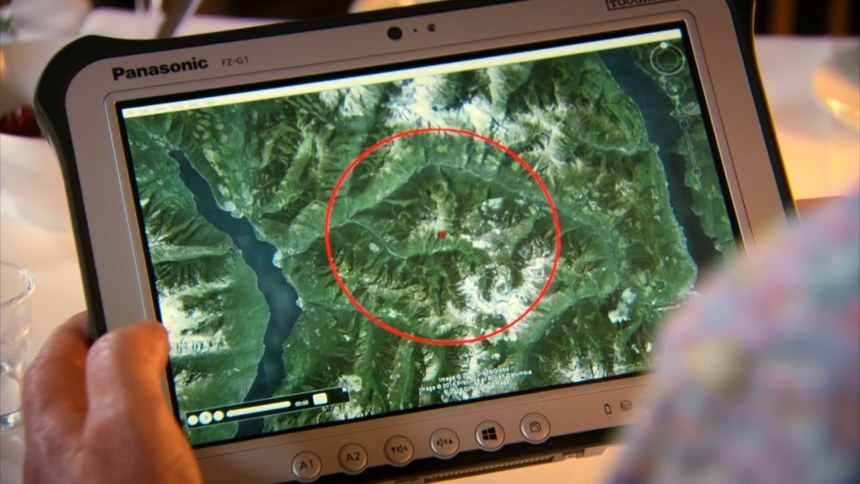 “The watch transmits for 24 hours, and then, that’s it” – as Richard explains. In the footage, it is shown in greater detail how the Breitling Emergency II pins are operated and how the radio signal transmitting wires are pulled out from the side of the watch. Top Gear, despite the fact of it being a leading car show, scarcely bothers explaining car stuff in great technical detail – given their worldwide popularity, they clearly have to tone down on that a bit to keep their content enjoyable for the larger masses – so it was all the more surprising to see how Breitling could get Top Gear to bother illustrating what the Breitling Emergency II does and how it does it.

Once activated, the Breitling Emergency II ended up being strapped to a tree on the mountain top, with both its radio wires hanging out of its sides. On the screen, as you can see above, a remaining signal time counter was placed, that would indicate for how long could Jeremy and James could see the watch’s exact position on their – also branded – tablet.

It took the Top Gear duo more than 3 days to reach Hammond – who, as can be seen in the show, didn’t handle too well his isolation in the freezing cold Canadian wilderness. Nevertheless, the Breitling Emergency II watch was displayed multiple times throughout the film as it performed in line with expectations. 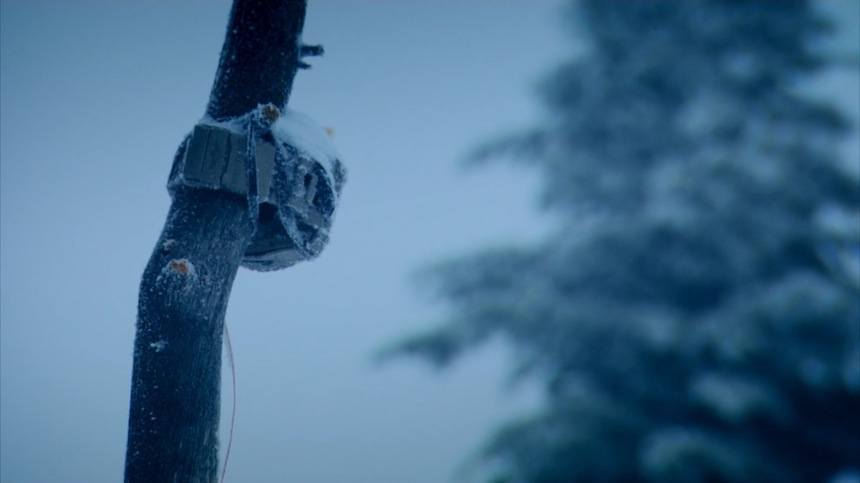 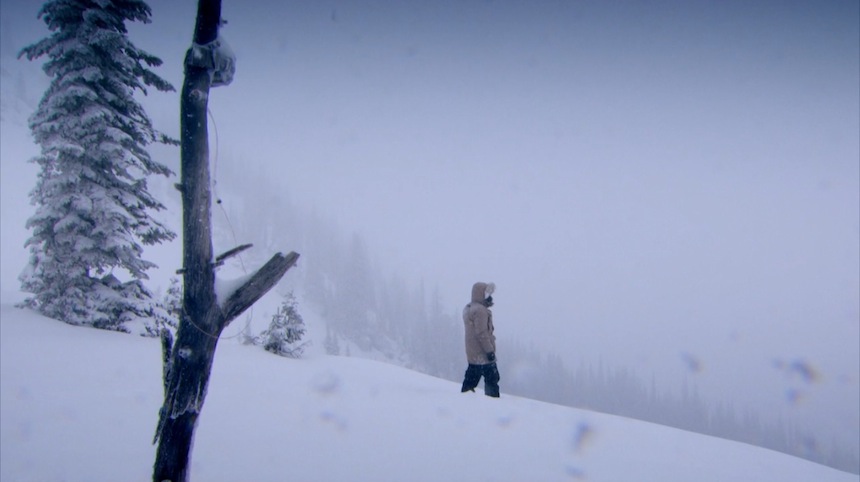 By the end of the third day, it was covered in snow and ice and had already stopped sending rescue signals, and yet it was shown as one of the very few of Richard’s connections to civilization. The picture above is from a scene where he, on his last day there, is shouting in anger into the vast nothingness of the Canadian Rockies, threatening his Top Gear colleagues who chose a rather comfortable pace when coming to his rescue. The watch – still there, strapped to the tree – reminded me of the volleyball famously called “Wilson” in Tom Hanks’ Cast Away movie, where it was that item that became a partner and a link to the outer world – for the cast away Hanks.

As much of a cliché as it is, watches tend to become such an item in everyday life as well, as many – not even necessarily watch nerds – grow emotionally attached to their timepieces, and the way it was featured and depicted by Top Gear in their latest challenge (again, in Top Gear Season 22, Episode 6) reinforced that important role watches often play in people’s lives. 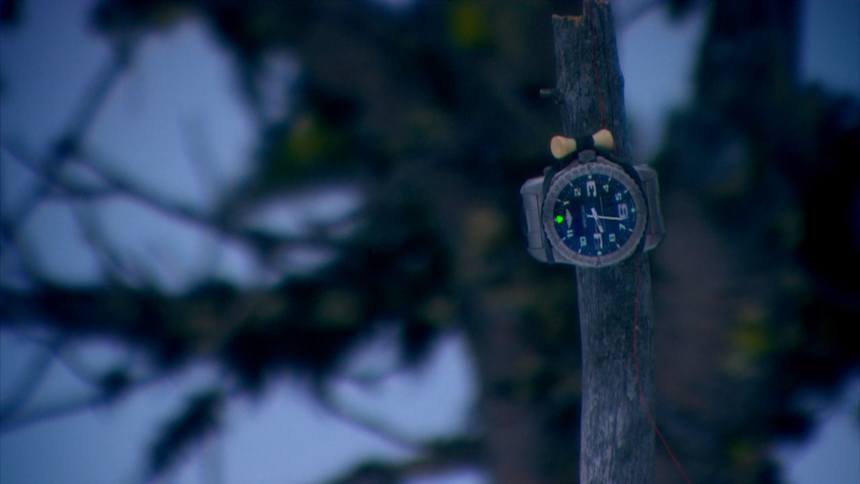 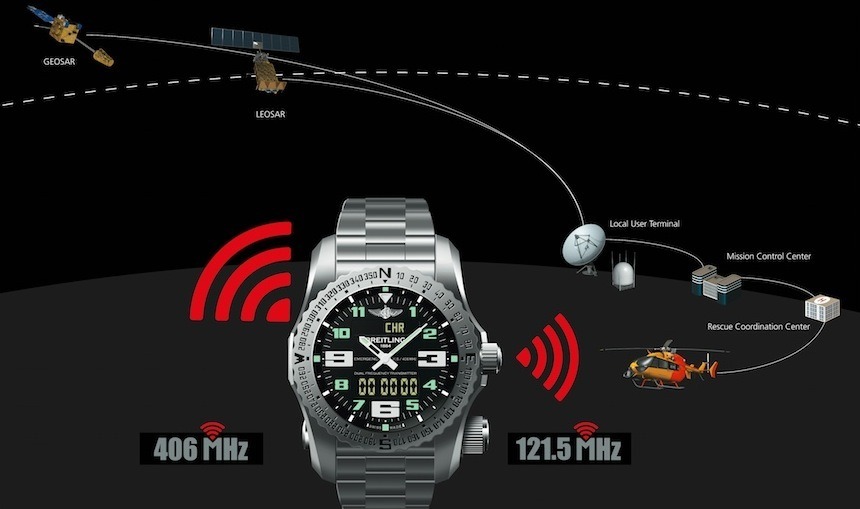 It was interesting to see a watch – especially one with such a unique feature as the Breitling Emergency II has – playing a prominent role in the world’s leading motoring show. It was not only a gadget but the device Clarkson and May tried to track down, and hence, in a way, the tool that saved Hammond’s life – even though everyone knows that he had not actually been put at risk, of course.

In conclusion, while the brand and model name were not mentioned, perhaps because it would have been too expensive, or – and this is a more likely scenario – because Top Gear did not agree to that, as it would not have fit into their concept (considering, again, the extremely limited branding on Top Gear at any time during its 22 seasons) – Breitling found their way into a show that may be as powerful a vehicle for branded products as a James Bond or other major movie sponsorship; although, I doubt we will see a Top Gear edition of the Breitling Emergency II. breitling.com