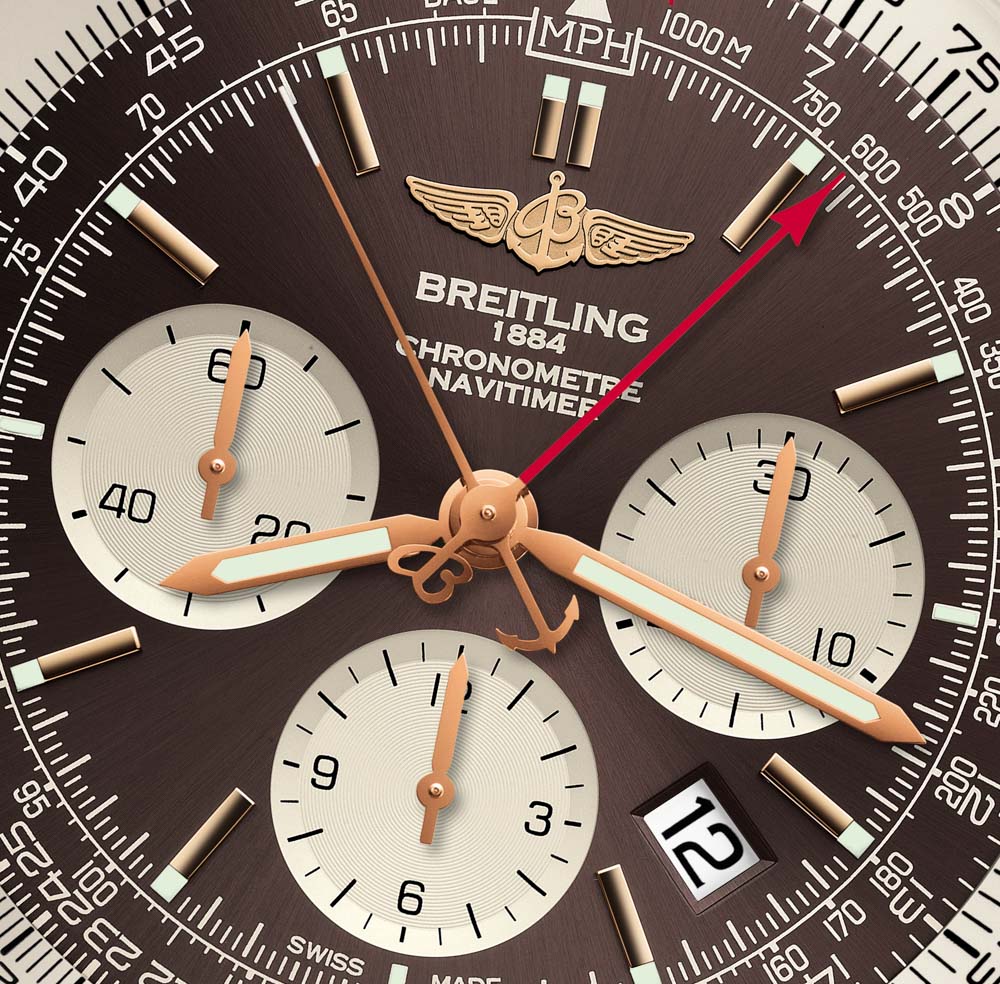 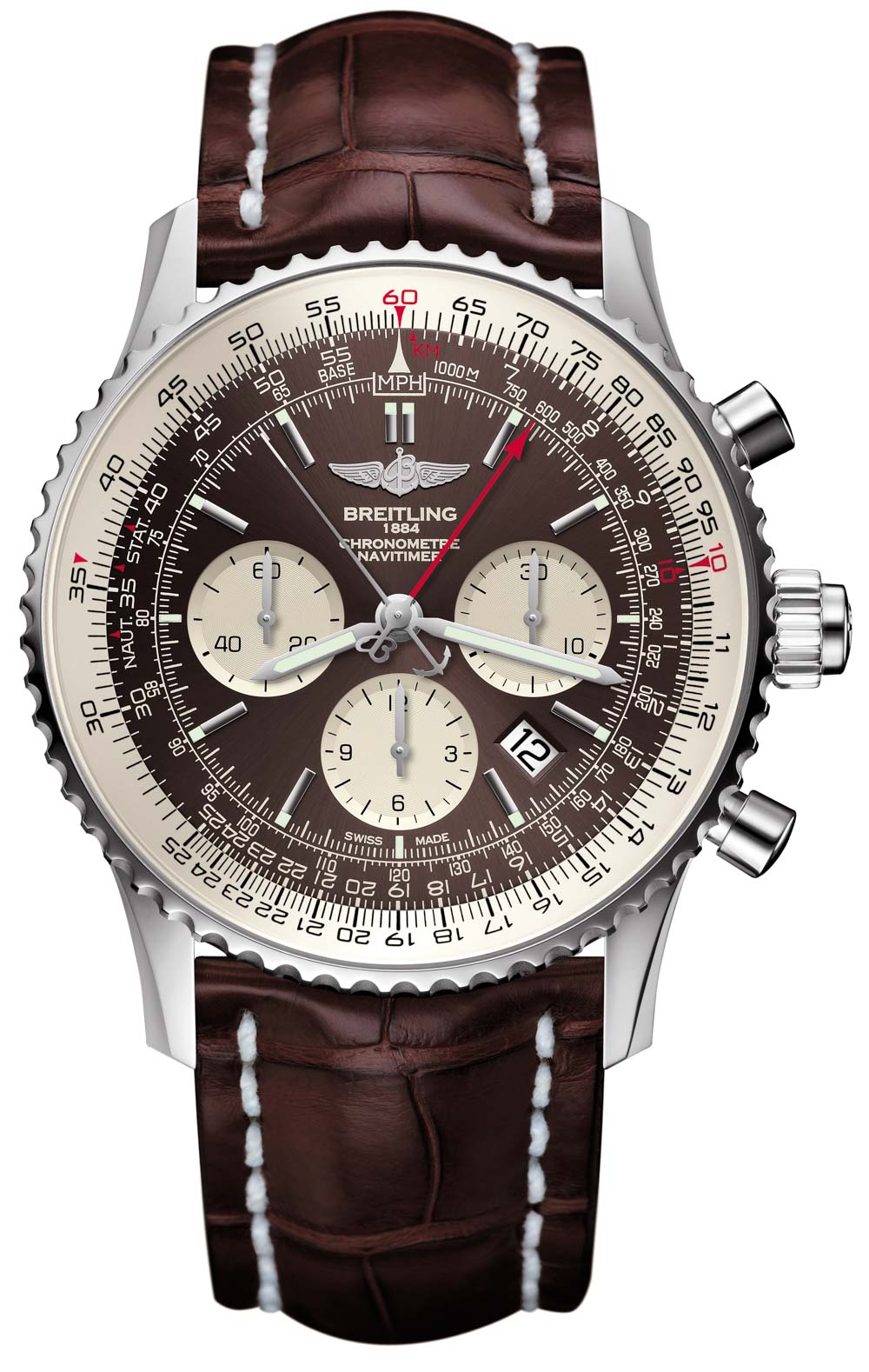 Split-second chronographs are coveted not so much for their functionality (although I do admit they are fun to play with) but rather because they are tricky to assemble. It was actually not until Richard Habring developed a special “low-cost” split-second chronograph module for the 7750 for IWC (where he worked at the time) that I believe the rattrapante mechanism was available for the (comparable) masses. Breitling’s B03 more than likely takes a different approach to assembling a split-second chronograph system, but is certainly more accessible in price than, say… one from Patek Philippe. 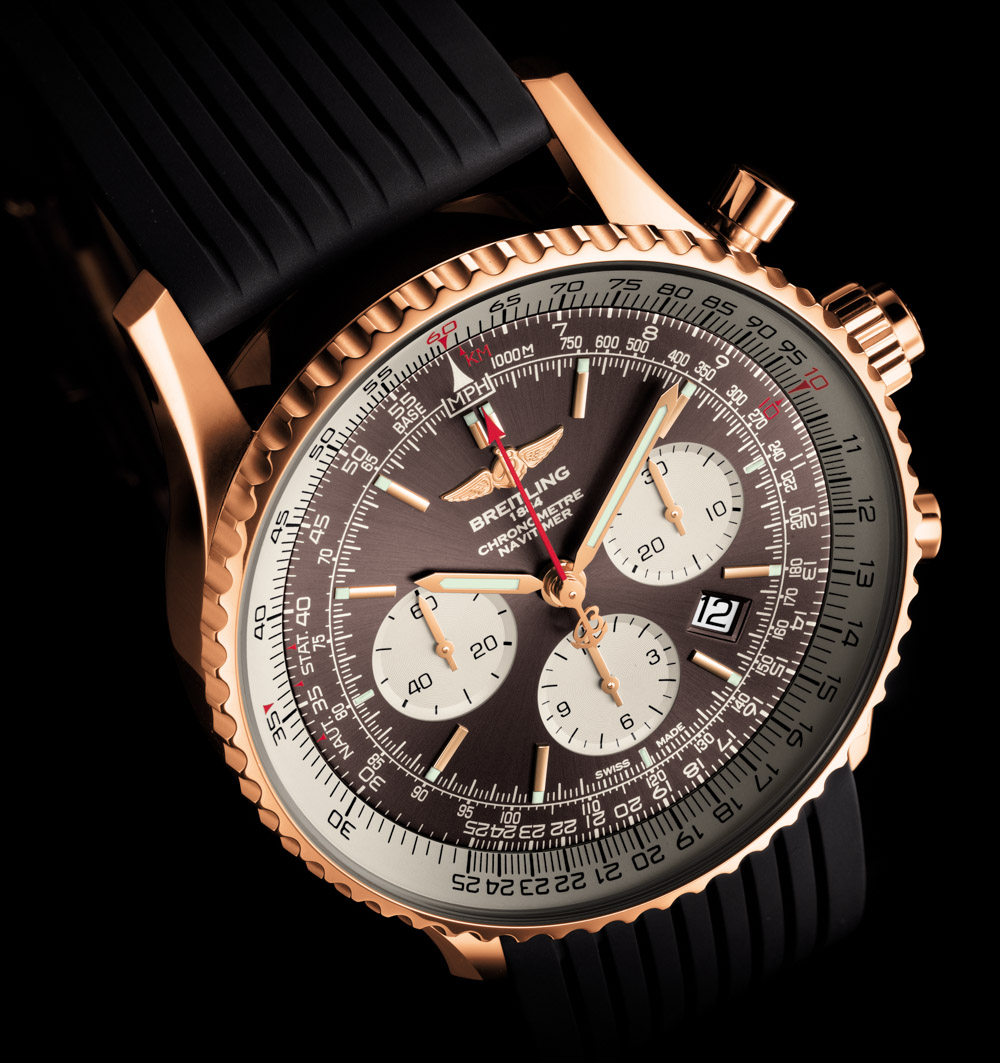 Breitling further explains that the rattrapante mechanism module is produced using an efficient 28 parts and is designed to be totally removed – and if needed, replaced – to facilitate easy servicing. Further, Breiting claims that while the B03’s split-second chronograph has been specially designed to use parts which are simpler to produce than more historic rattrapante models, this also provides the mechanism with more precise and reliable use. I say this because many split-second chronographs, given the delicate nature of their construction, are not celebrated for their precision or reliability. Note the fun design element where the Breitling anchor B logo is split, so that half of it is on the main chronograph seconds hand, and the other is on the rattrapante hand. 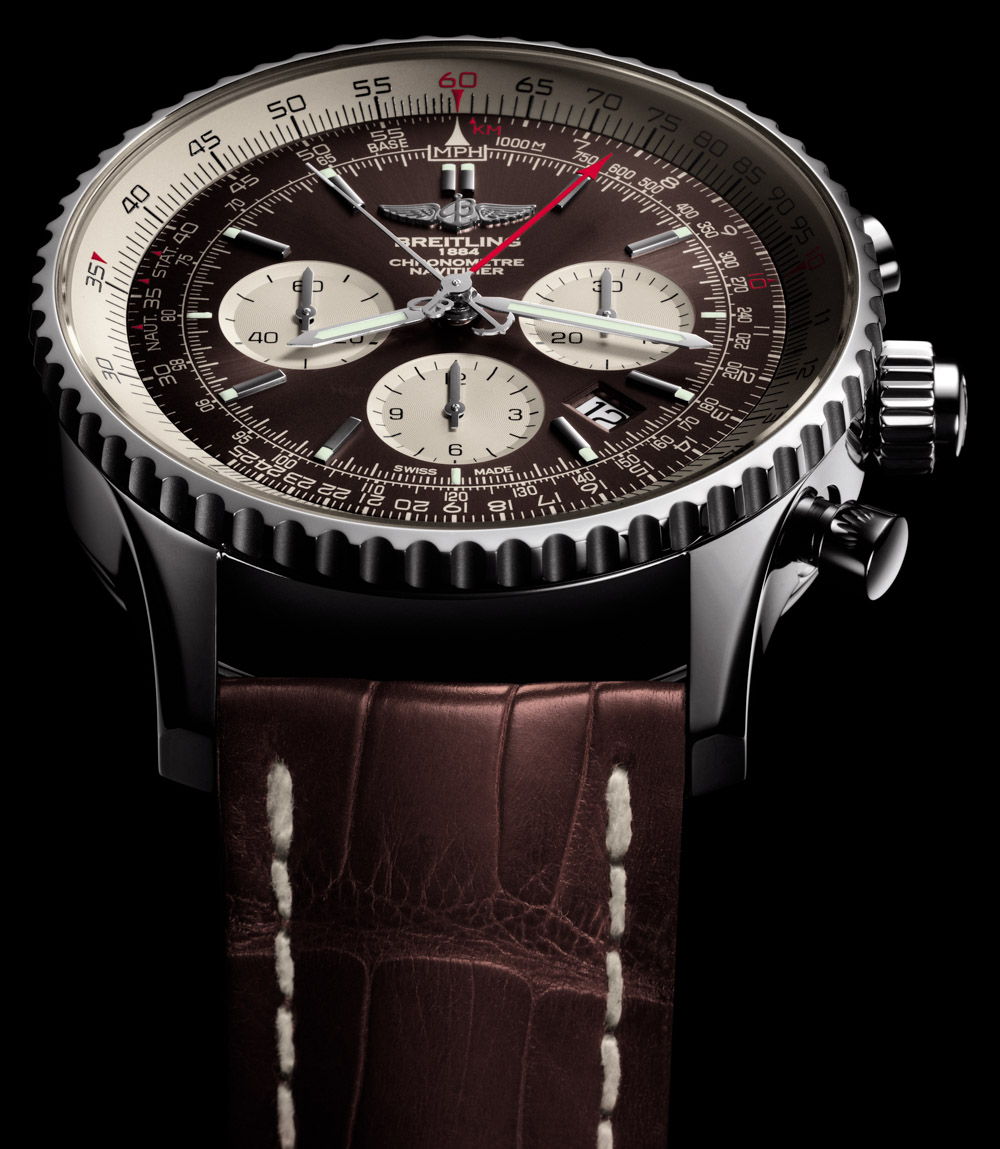 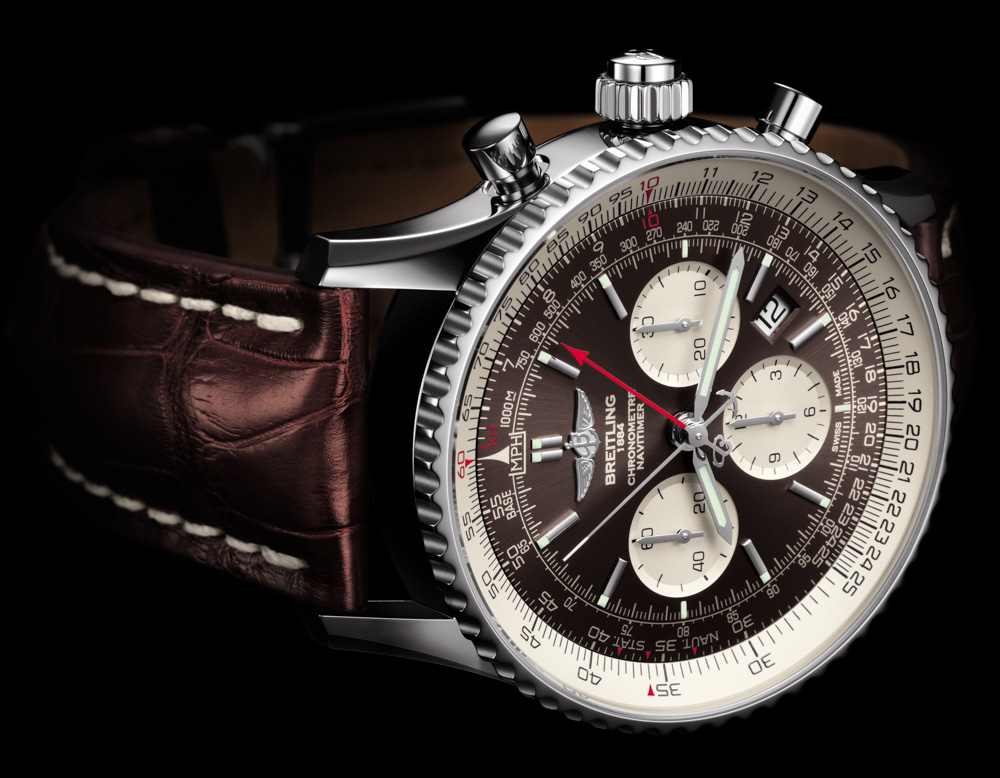 The Breitling Caliber B03 automatic chronograph movement is COSC Chronometer-certified and operates at 4Hz (28,800bph) with a power reserve of 70 hours. The movement features the time, date, and 12-hour chronograph with split-second “rattrapante” functionality. Otherwise, this is very much your traditional Navitimer dial, only in brown. The design comes complete with a slew of markers and indicators, including the famed rotating slide-rule bezel for making various mathematical calculations only people in extreme emergencies (or with extreme analog calculator fetishes) will rely upon. 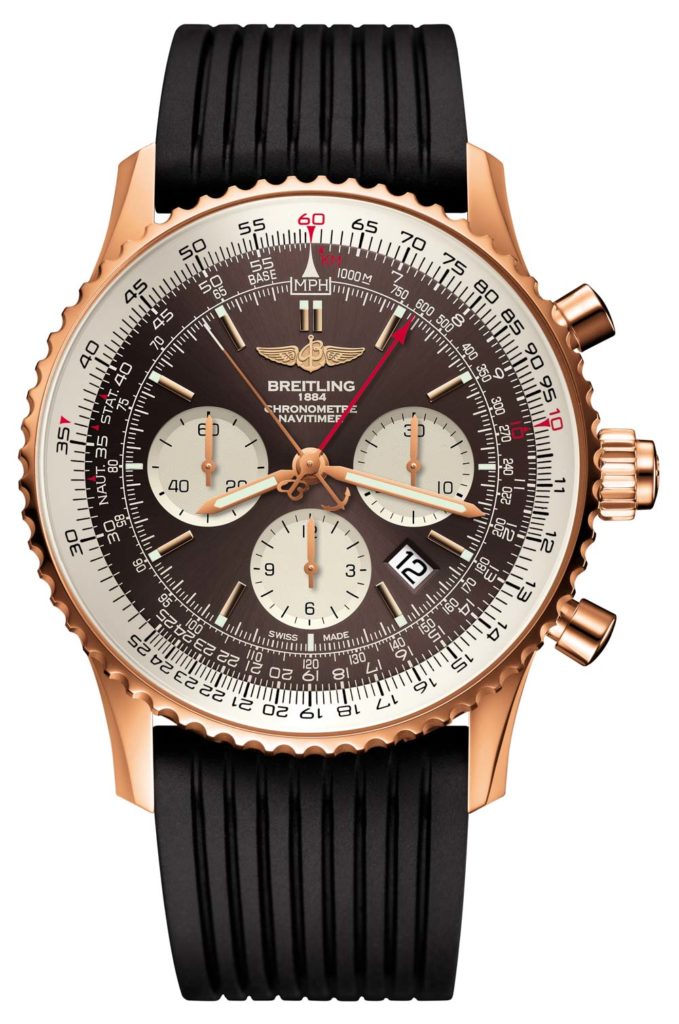 To launch the caliber B03, Breitling chose the 45mm-wide Navitimer watch with the brown dial in two case materials: steel, and 18ct red gold as a limited edition. The brown dials (Breitling actually calls them “Panamanian Bronze”) are matched to padded brown crocodile straps. Though Breitling will also offer the Navitimer Rattrapante on a leather or rubber strap.

To be honest, I’m not always sure who the target demographic is for split-second chronographs. It is a special sort of watch collector who values both sport watches and high-complications – but in the same timepiece. Breitling does well to reassert their design and production strengths with this new version of the B01 series movement as the B03. The Breitling Navitimer Rattrapante will be initially available in steel as well as in a limited edition of 250 pieces in 18ct red gold. Prices are $11,090 in steel and $32,895 in gold. breitling.com