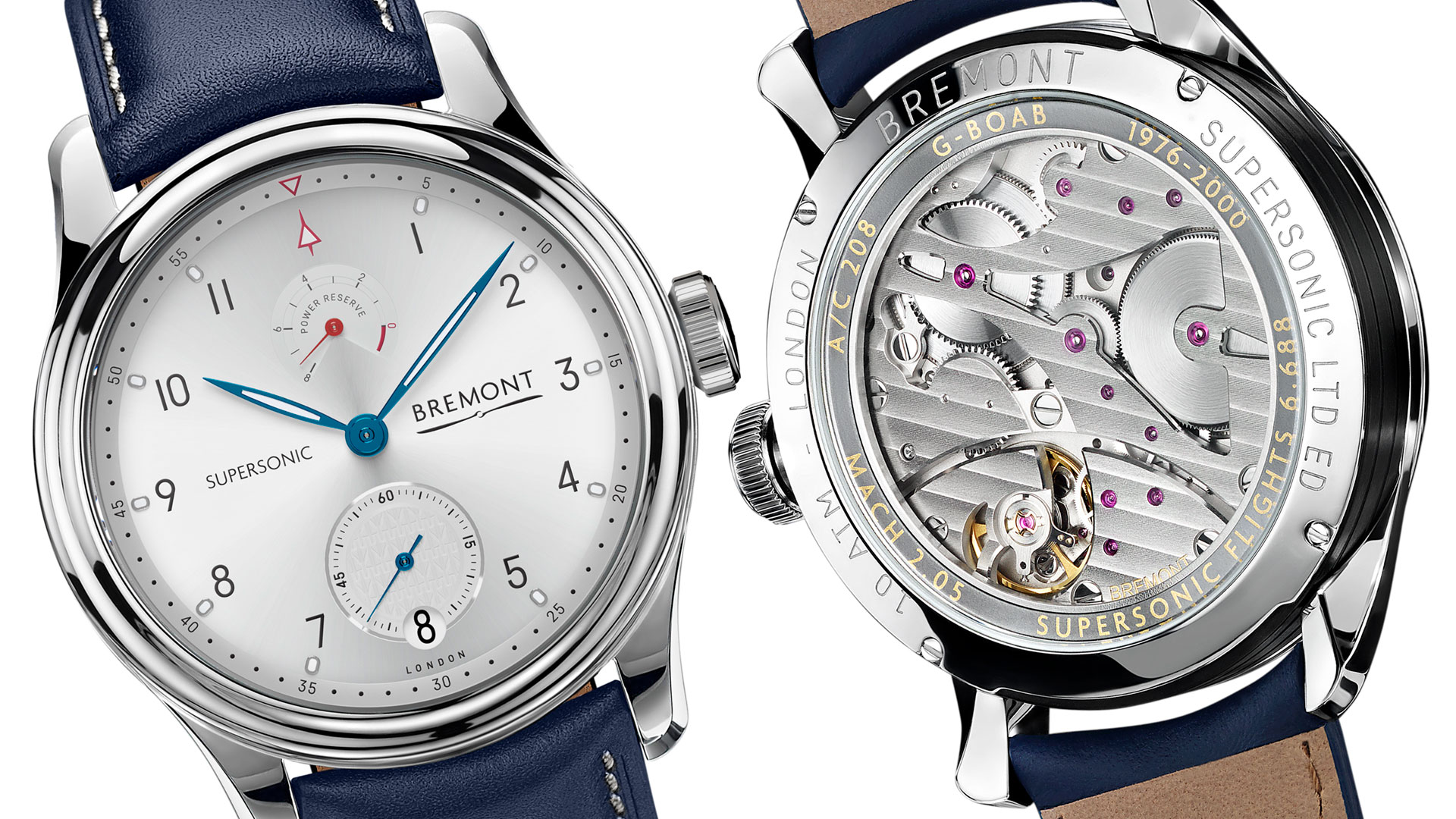 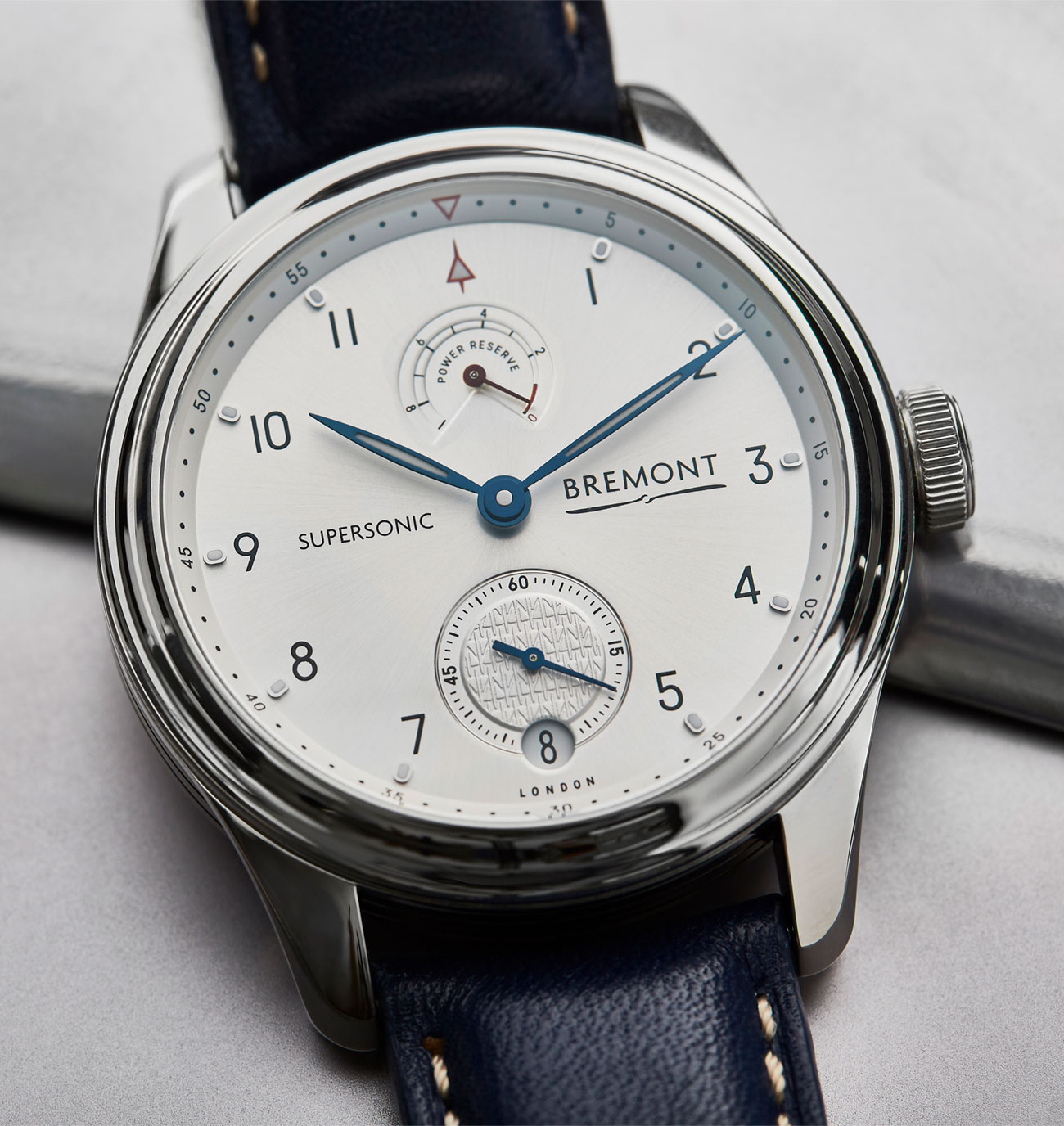 On October 24, 2003, British Airways retired the legendary Concorde passenger liner, marking the end of an era where airline passengers could fly over the Earth at speeds in excess of Mach 2 or twice the speed of sound. To some, it may seem that we’ve taken a solid step backward since then when it comes to transportation, but it hasn’t been forgotten. To commemorate the 50th anniversary of this legendary aircraft Bremont has released their newest limited edition – the Bremont Supersonic watch that incorporates metal from the actual planes. 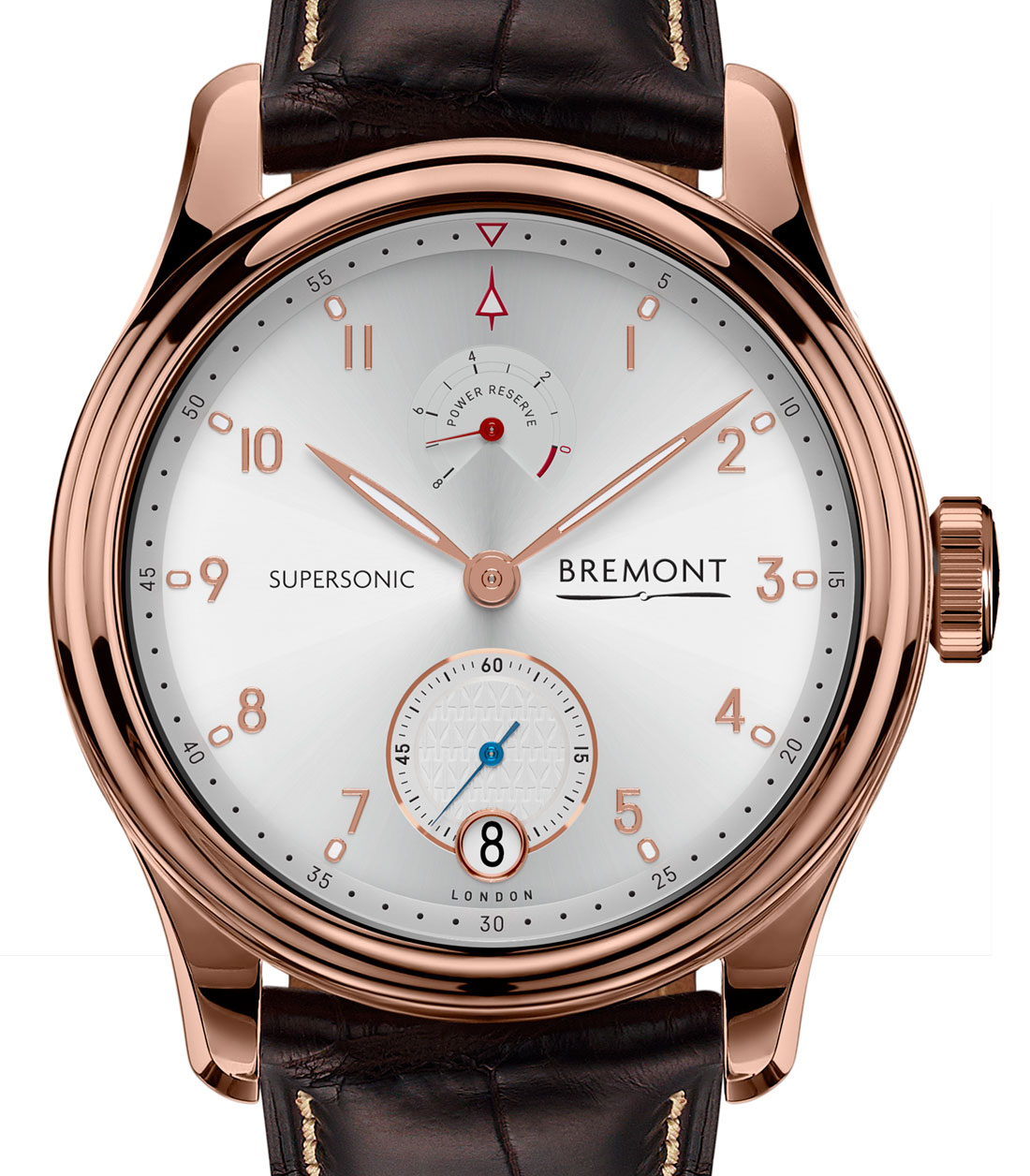 The brand is no stranger to historically themed limited editions, but in my opinion, Bremont has always brought something interesting to the table. This particular piece features a 43mm case housing Bremont’s first hand-wound movement boasting an 8-day power reserve with an indicator at the 12 o’clock position on the dial. Bremont wanted to capture the 1970s feel with the Supersonic, and they opted for a sunburst silver dial referencing the highly reflective paint that was used on the planes themselves. This paint was necessary due to the extremely high temperatures that resulted in flying at such great altitudes. The blued hands (on the steel version) are meant to represent the classic British Airways blue, and the subdial situated at 6 o’clock is textured by a subtle outline of the aircraft. 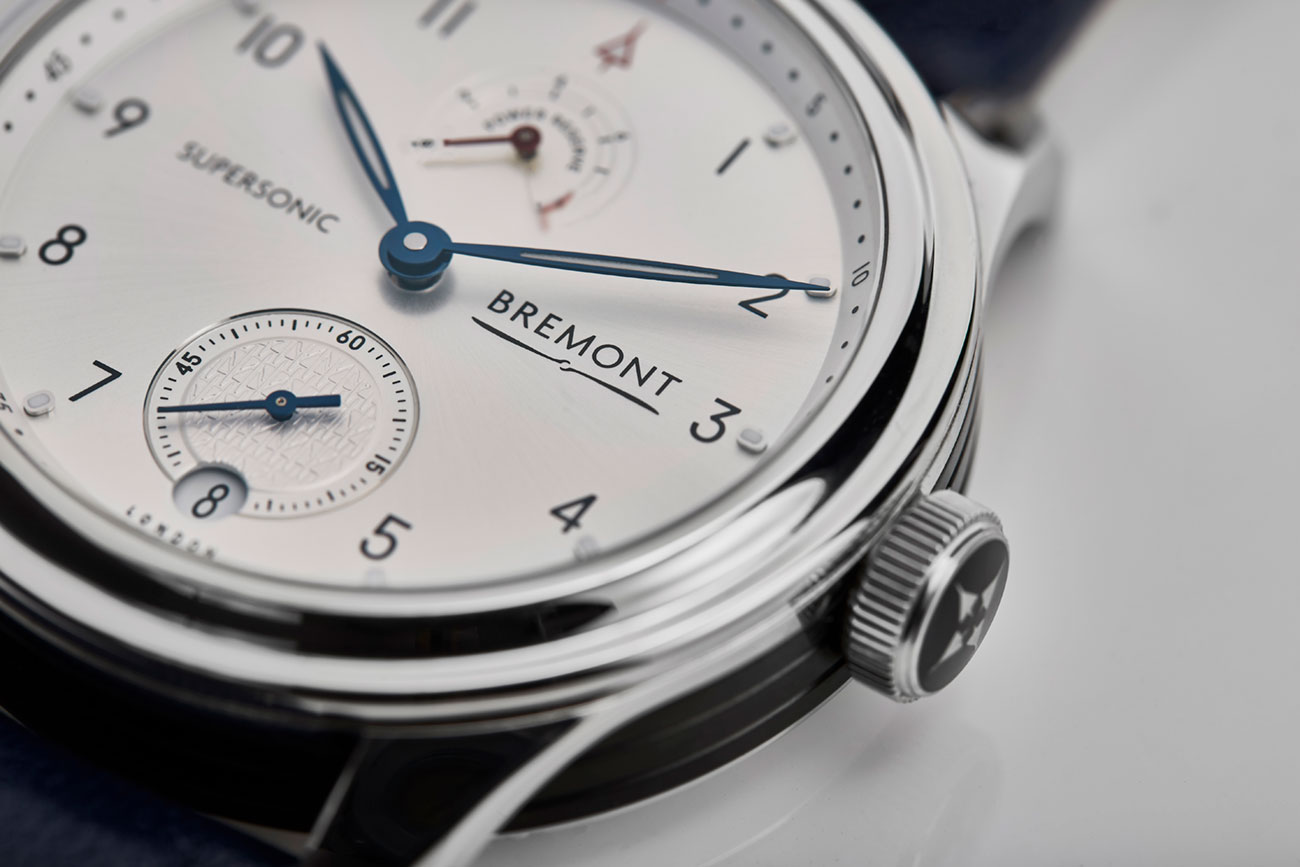 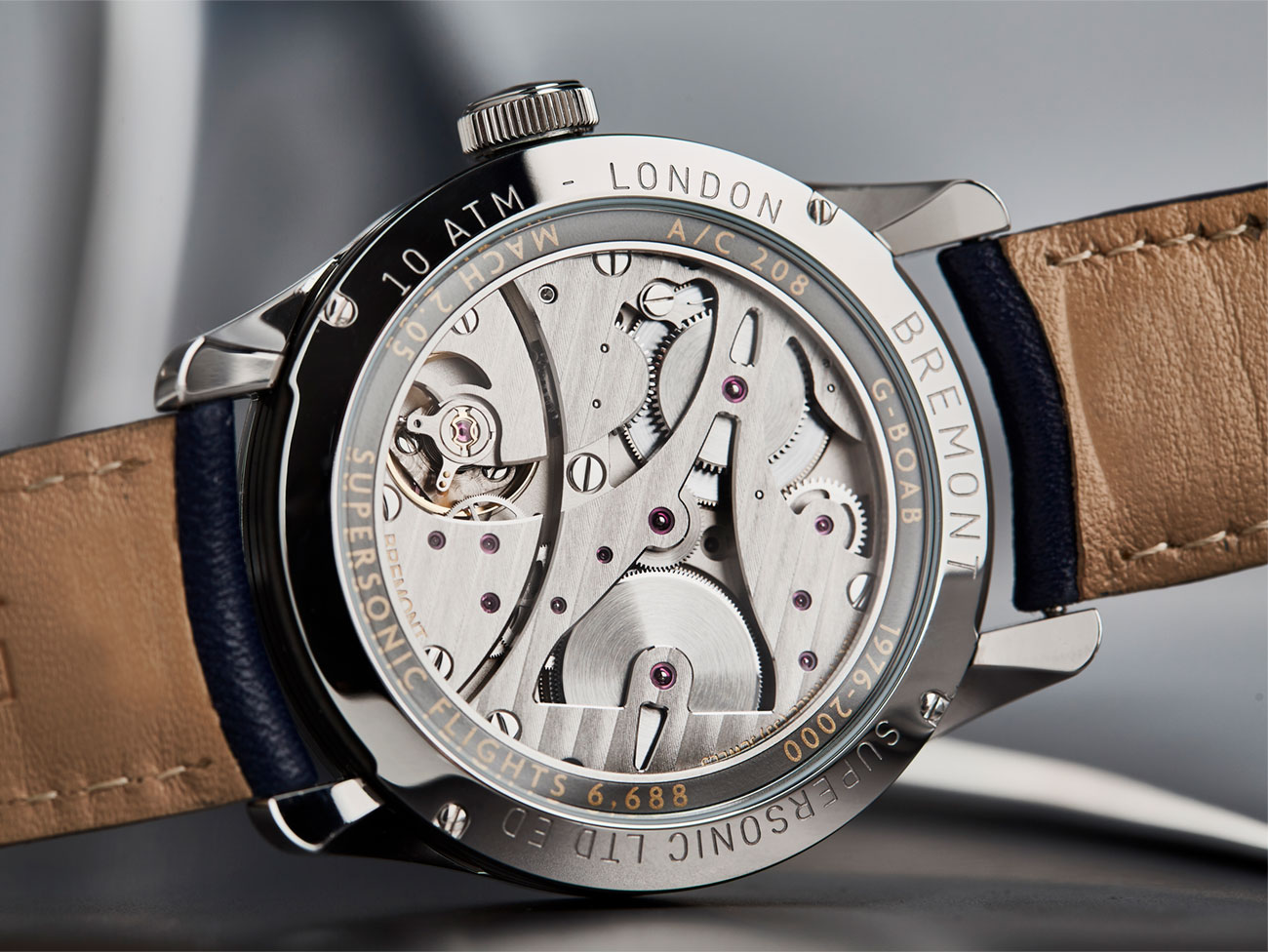 One of the most notable aspects of this release from Bremont is their incorporation of a piece of the aircraft into the watches themselves. If you recall, there have been several such examples of this in the Bremont catalog before, an example being the Bremont 1918 Limited Edition Chronograph GMT. In the Supersonic, metal from the B-BOAB Concorde (or Alpha Bravo) was incorporated into the watches as an engraved aluminum ring surrounding the movement, which is visible through the sapphire display back. Additionally, the bridges of the movement were designed in a way to reference the delta wing shape of the Concorde. 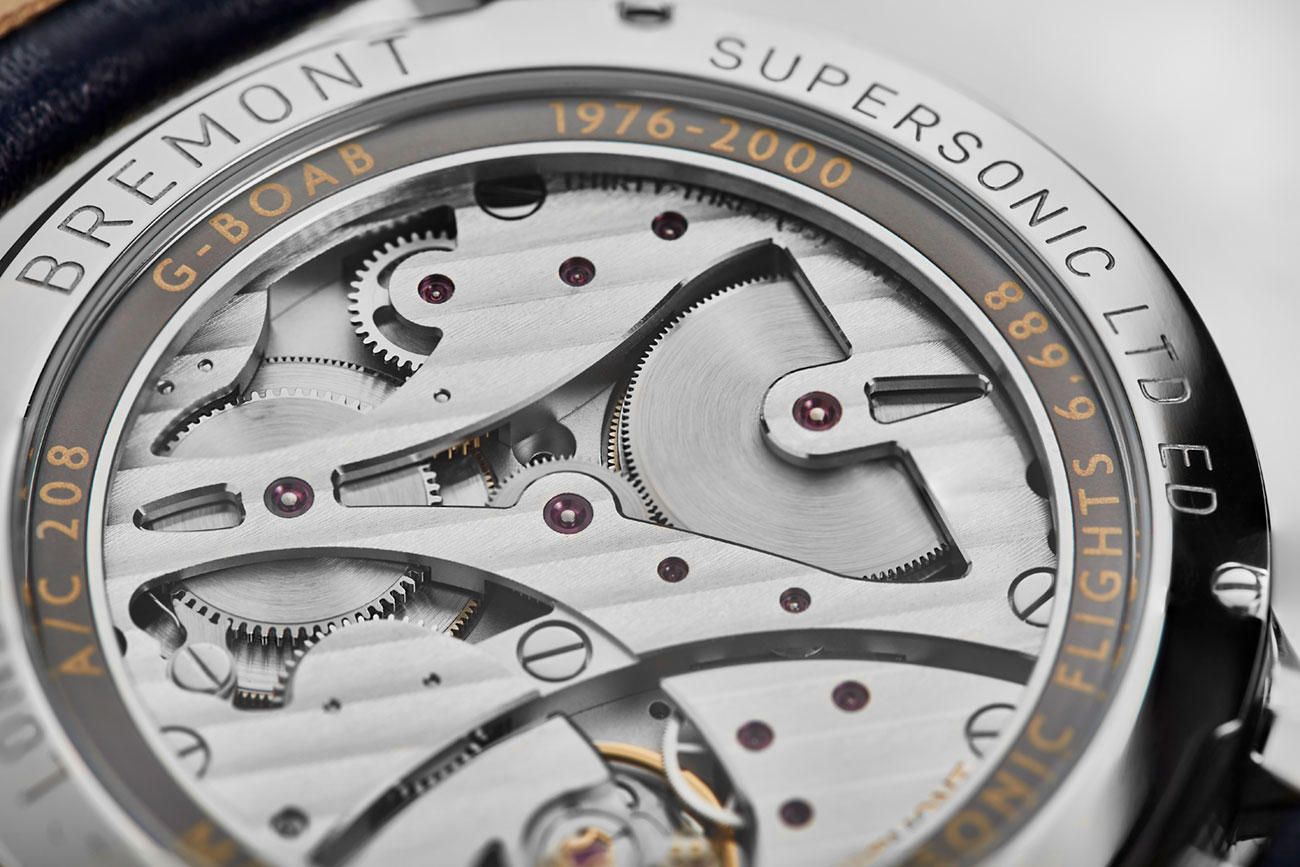 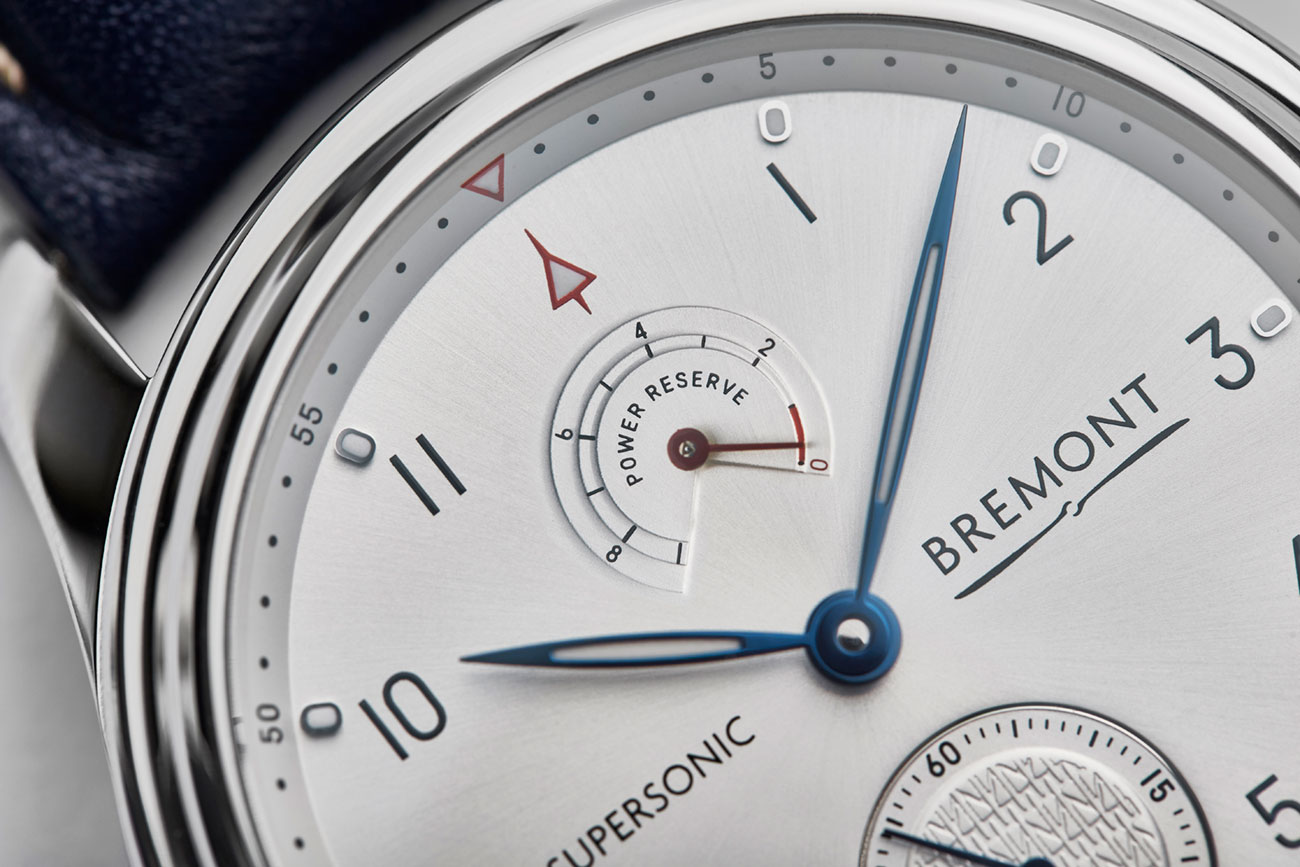 On one hand, the Concorde seems like such an idyllic and futuristic idea that it’s hard to believe that these planes first took to the sky nearly 50 years ago. I think it’s that idealism that makes them a good candidate to be commemorated in this way by a brand like Bremont. In doing so, I believe that the brand has created a really interesting timepiece – their first hand-wound watch, with an eight-day power reserve, and a classy, vintage-inspired aesthetic. 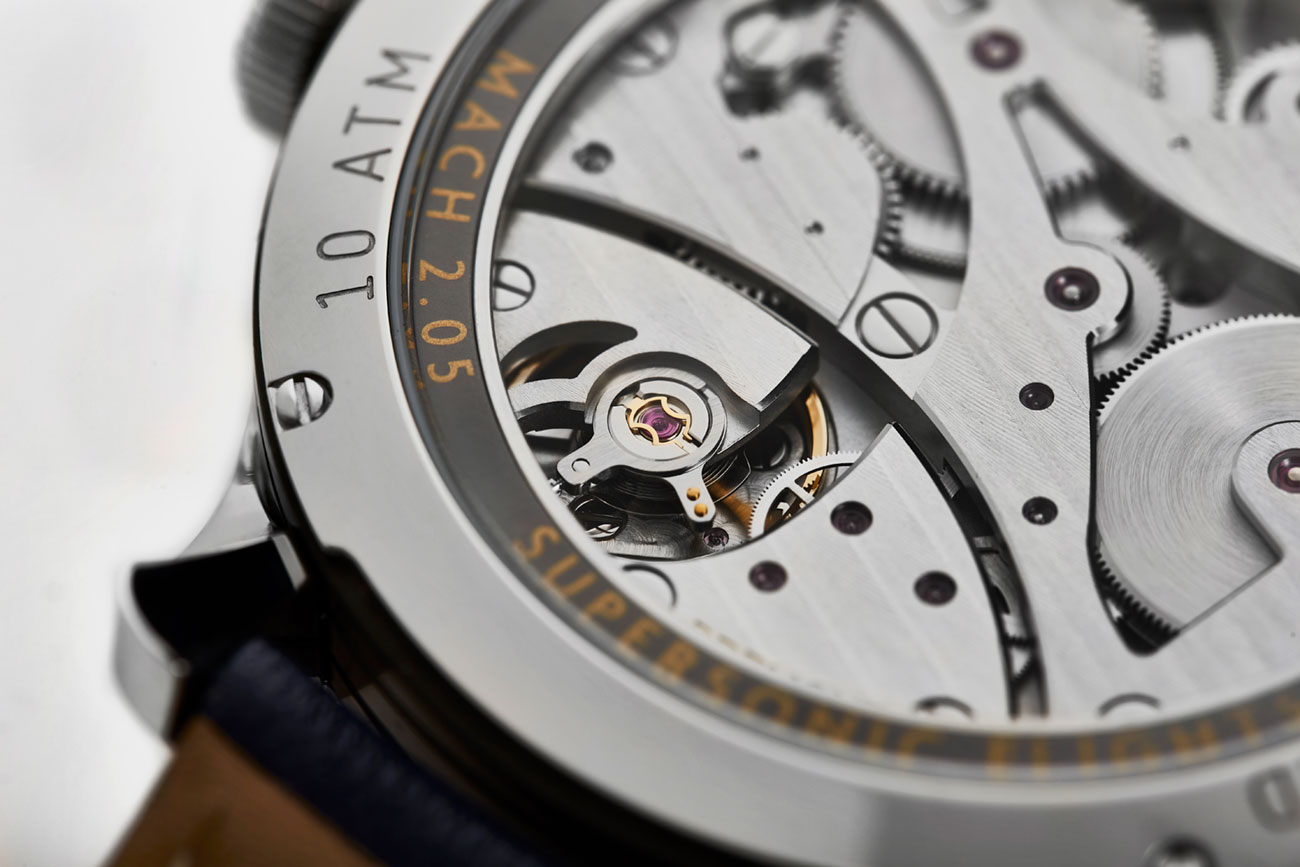 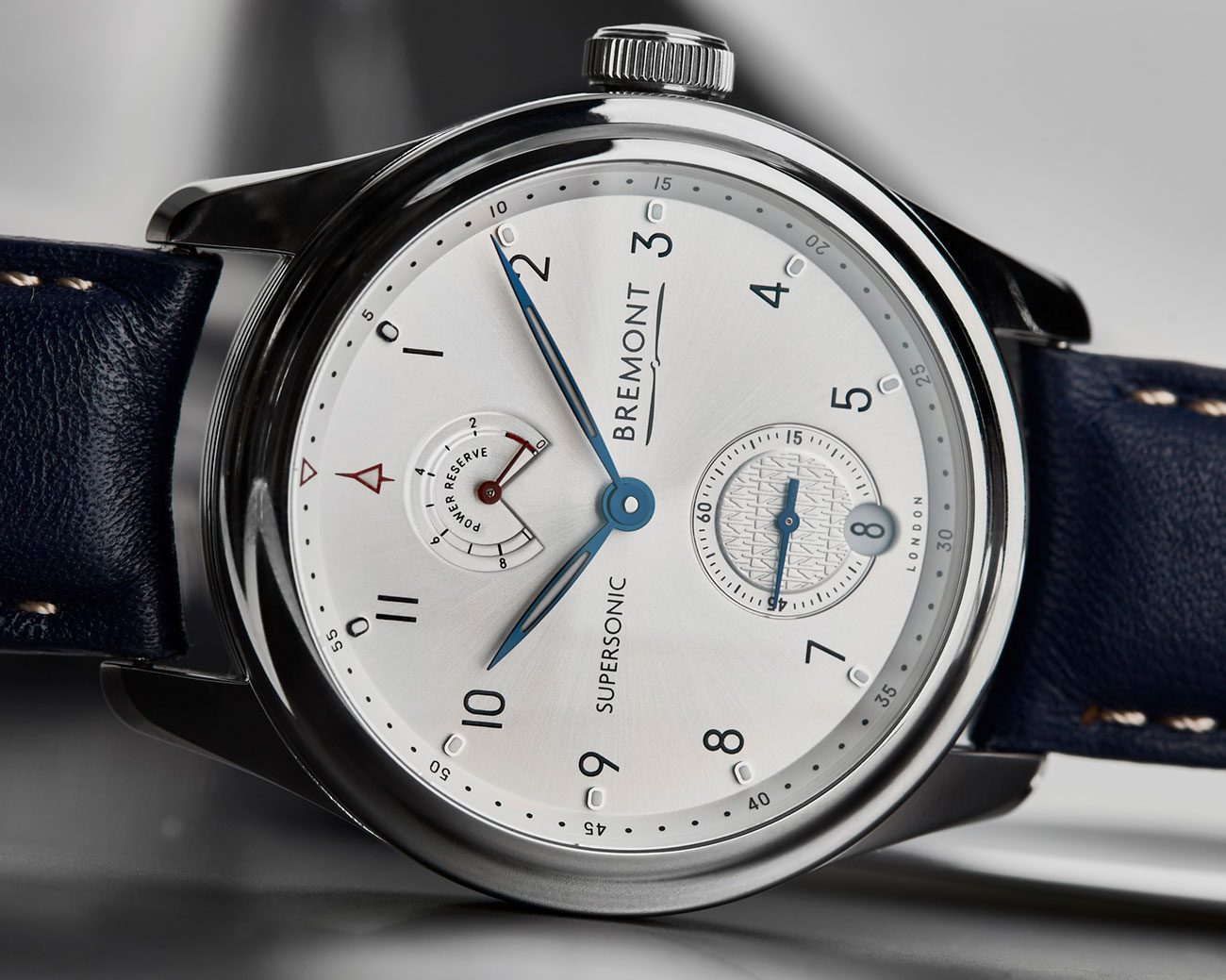 Personally, I find it interesting that Bremont is able to regularly incorporate materials from historic aircraft into their watches – my favorite being the Bremont DH-88 that features some of the spruce plywood from the aircraft of the same name. I am sure, however, that this piece will find its place with Concorde fans and watch fans alike. The Bremont Supersonic is being offered in a stainless steel edition of 300 pieces for $12,495, a rose gold edition of 100 pieces for $22,495, and a white gold edition of 100 pieces for $23,995. For more information visit bremont.com.