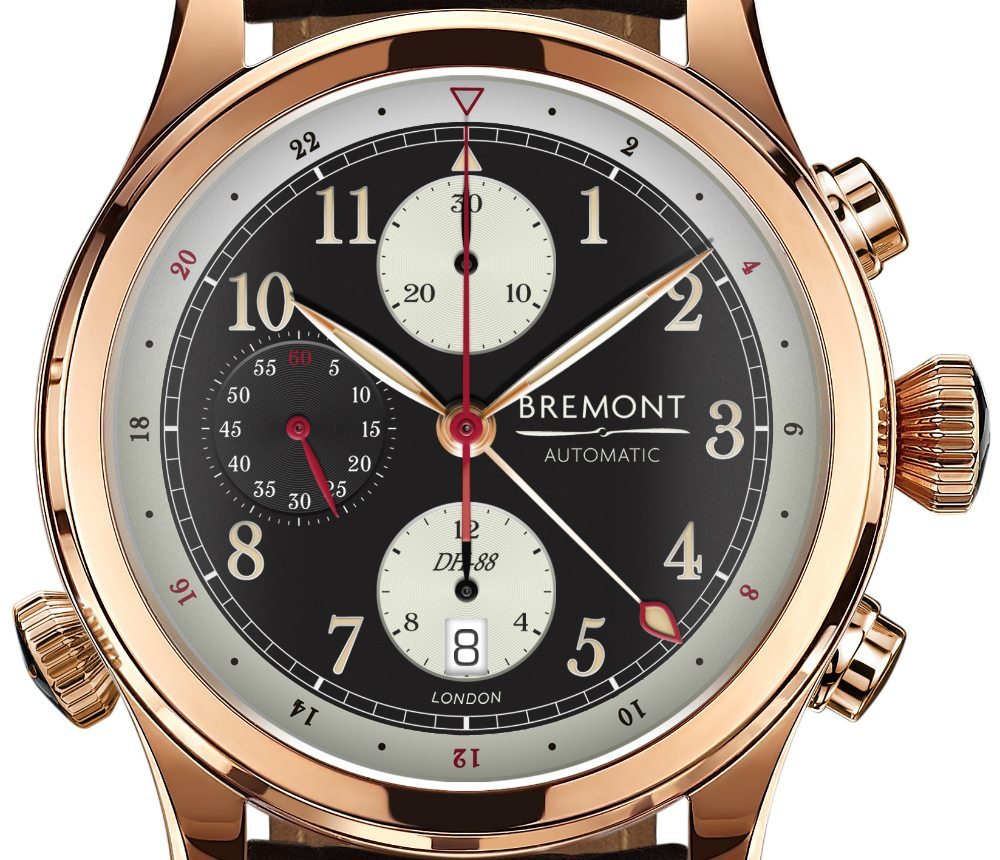 Excited voices and the cacophony of piston engines roaring to life shattered the brisk October dawn at Mildenhall – a usually peaceful English airfield where 20 pilots from six nations would soon take flight on a grueling 18,000-kilometer journey to Melbourne…

It wouldn’t be a Bremont release without the English brand’s usual penchant for storytelling – a signature that fans and collectors have come to expect whenever the brand announces its most limited, and usually most coveted offerings. This invitation to own a small slice of history in every commemorative edition has created a continually rising bar for Bremont who’ve already managed to give collectors a piece of muslin from the 1903 Wright Flyer, punch card clippings from the Bletchley Park enigma machine, wood and metal bits salvaged from the HMS Victory, and even aluminum from the fuselage of a P-51 back in 2011. This time around, they are celebrating the 1934 MacRobertson Air Race (aka: “the greatest air race of all time”) with the Bremont Comet DH-88. 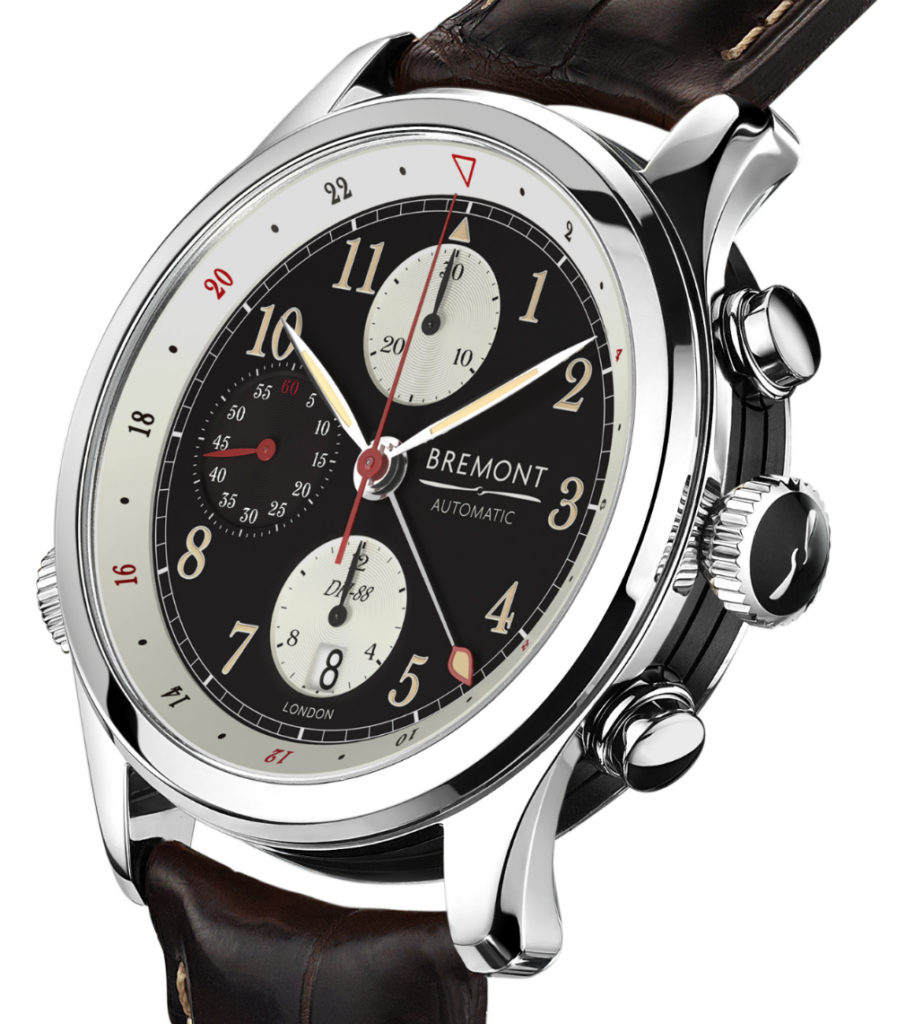 The watch not only pays homage to, but contains actual pieces of the race-winning de Havilland aircraft that completed the arduous 11,000-mile journey from Mildenhall, England, to Melbourne, Australia, in a record-breaking 70 hours, 55 minutes – a record that, impressively, stood until as recently as 2010. The brand has also pledged a portion of the proceeds of every Bremont DH-88 sold to be donated to the Shuttleworth Trust – a unique museum dedicated to the preservation of dozens of historically significant aircraft – and a cause near and dear to Bremont founders and pilots Nick and Giles English. 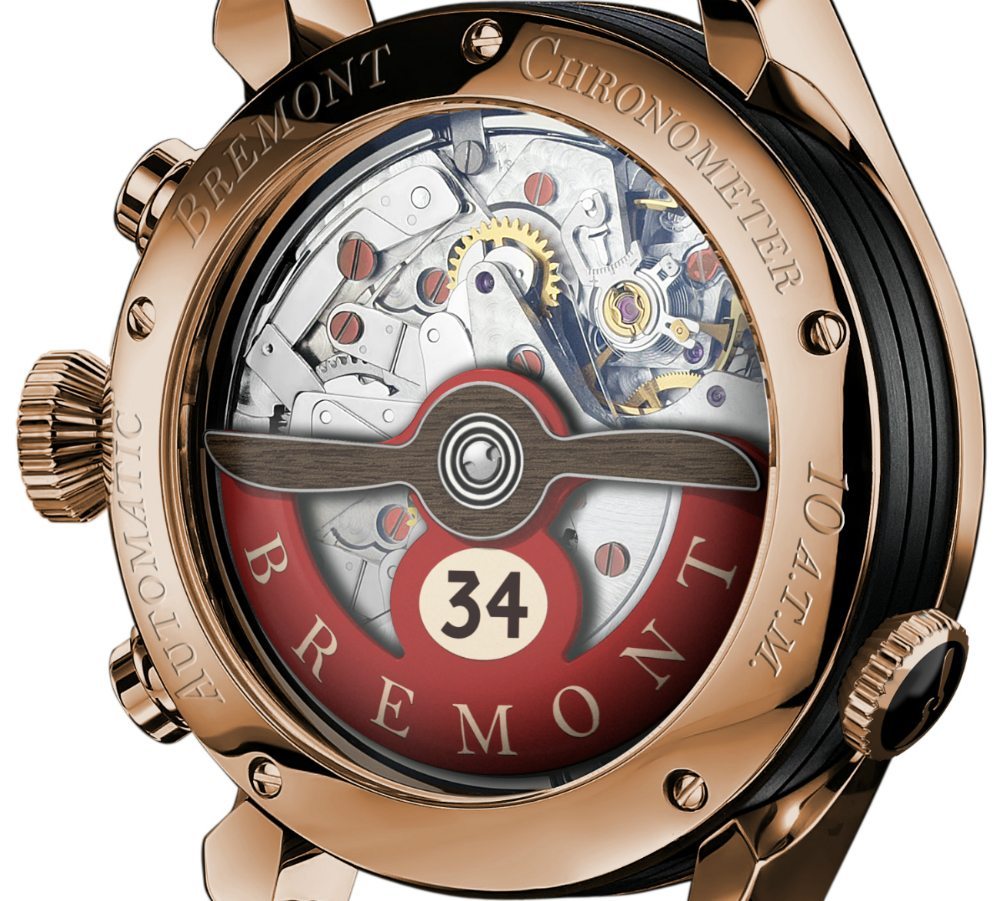 The cherry red, twin-engine de Havilland Comet “Grosvenor House” was purpose-built for the MacRobertson race using mostly wood for the body and supports, and a pair of six-cylinder, 230 horsepower engines for propulsion. Things are scaled back a bit for the Bremont Comet DH-88, which is powered by Bremont’s BE-54AE movement – a COSC-certified automatic caliber based on the ETA 7750 that exhibits some neat modifications like red screws, a Glucydur balance, Anachron balance spring, and Nivaflex 1 mainspring. Granted, Bremont has deployed a more pared-down version of this movement in other parts of its collection, like in the eerily similar (albeit fully modern) ALT1-ZT/51 GMT Chronograph. But unlike the ALT1, the Bremont Comet DH-88’s bright red rotor has been fitted with a small sampling of spruce plywood sourced from the undercarriage of the original race-winning aircraft. 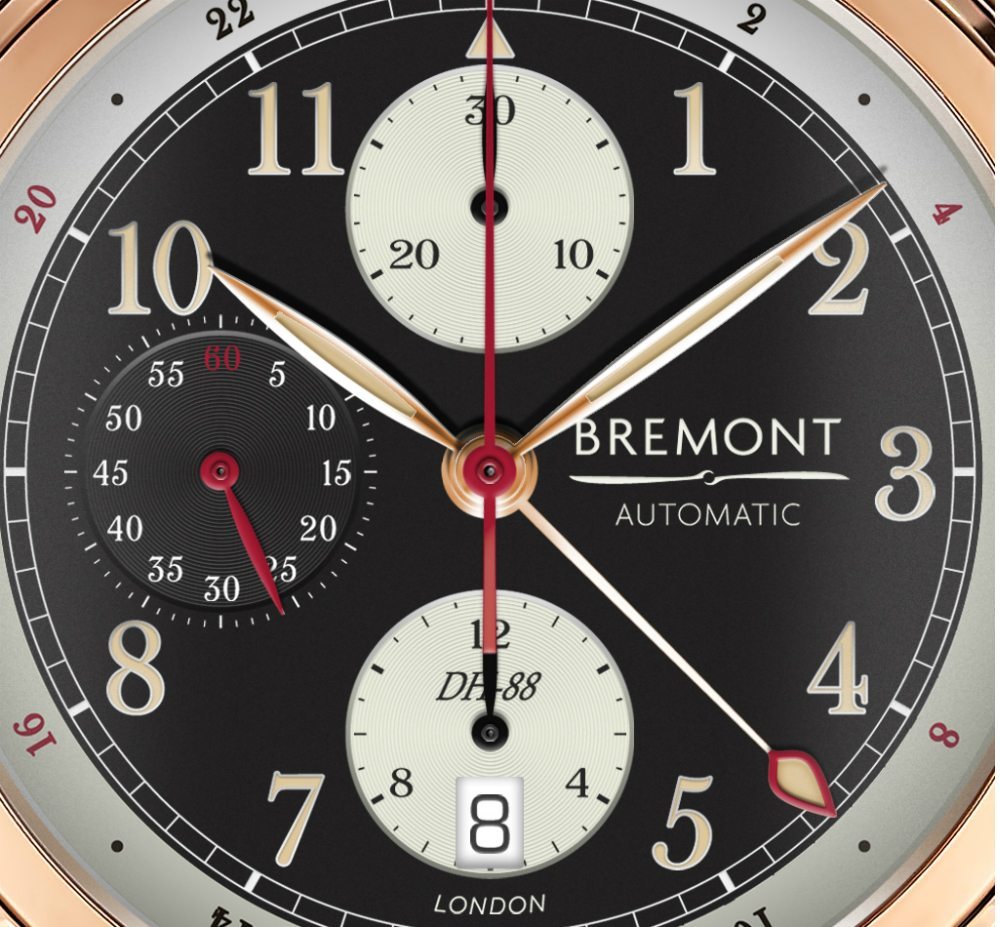 Sure, it’s tough to deny that the overall execution of the Bremont Comet DH-88 has a bit of a sleek, ALT1-ZT throwback undertone to it, though that could simply be because both exhibit a similar color palette and mirror each other’s functionality with GMT/date complications and 6-9-12 register layout. All things considered, there’s still enough for the Bremont Comet DH-88 to fully stand on its own – first as a vintage-inspired pilot watch replete with a classic serif numeral dial and oversized onion crown, but more importantly, as a fully capable instrument, modernized in Bremont’s high-tech Trip Tick case whose generous 43mm x 16mm dimensions should leave no doubt about the era in which it was designed. 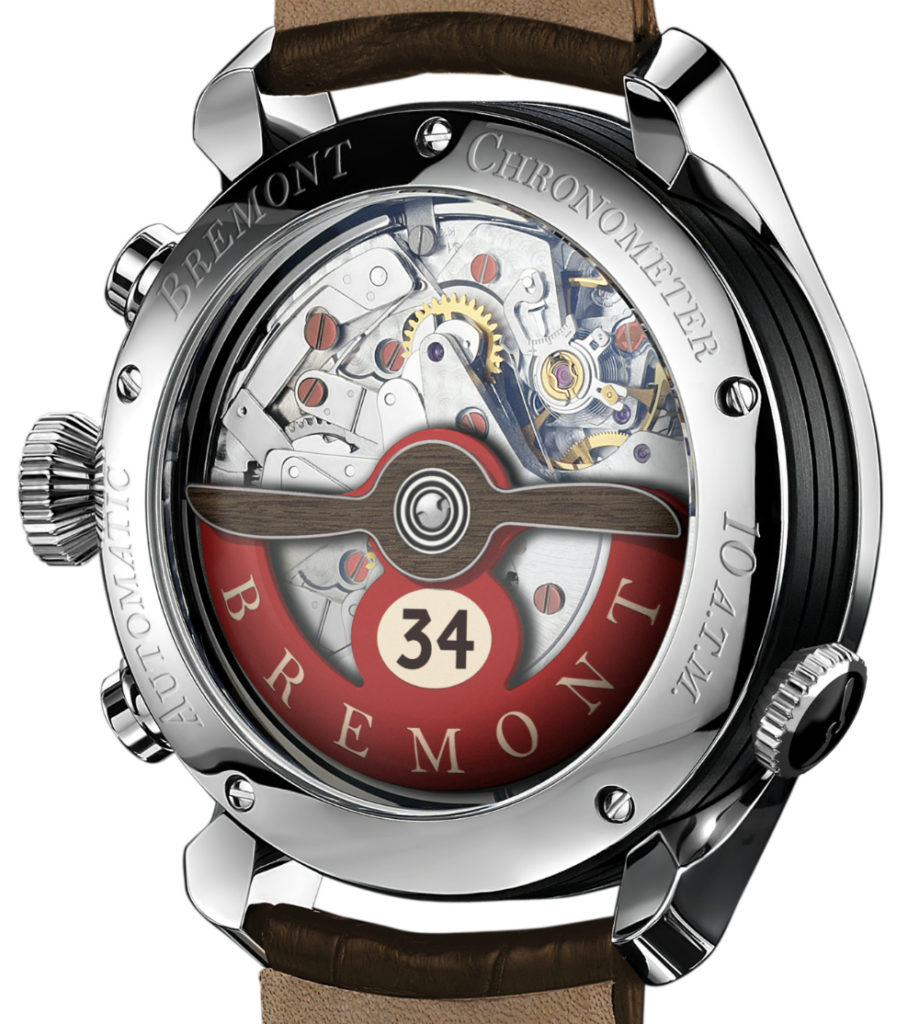