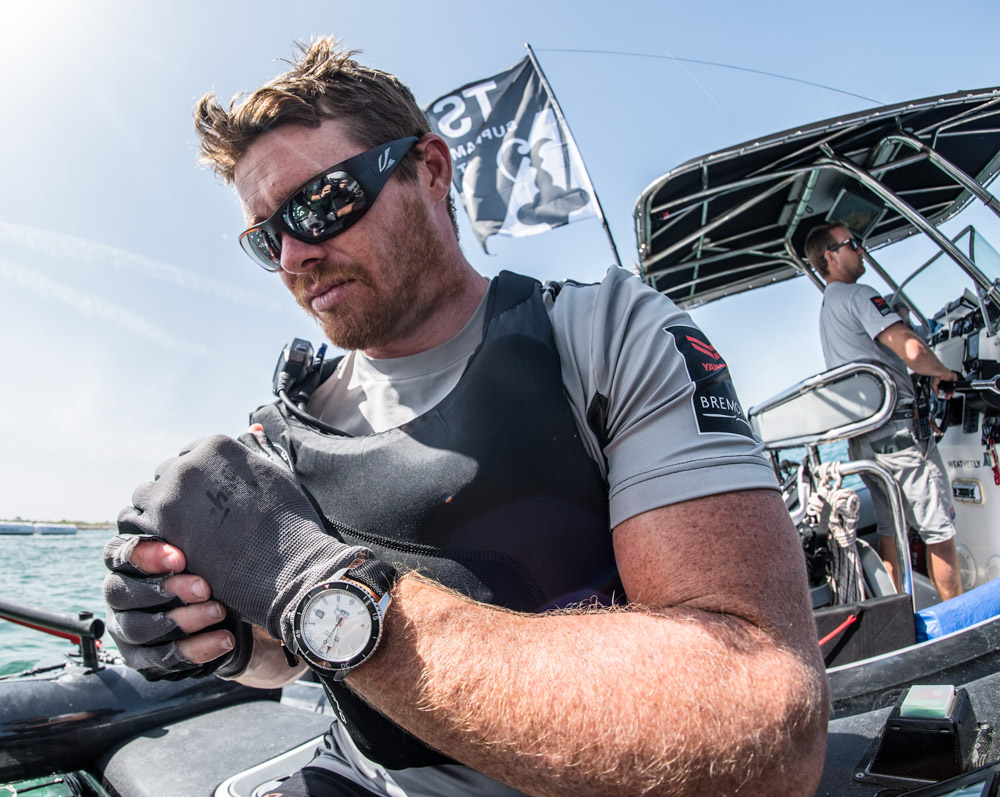 Bremont Watches: Why The America’s Cup?

I’d like to answer the question of why Bremont watches chose to have a close relationship with the America’s Cup yachting race. One of my earliest memories is looking out from my bedroom window down onto my father working on the deck of his Sparkman & Stephens “She 36” sailing yacht. No, I was not by the sea, but in a very landlocked village close to Cambridge in the depths of the English countryside. He had purchased a hull and had it delivered to our front garden where he then spent three years turning it into a beautiful sailing boat that became our home for six months. That period of my life taught Nick and myself so much.

All of the qualities of seamanship really help form a rounded individual, and I took my love of the sea into my degree by studying Engineering and Naval Architecture at Southampton University. My father was not into racing or competitive sailing; for him, it was about seeing the world and taking on the oceans using all his talents to look after his family on a yacht that he knew every square inch of. That period of adventure and travel never left me. 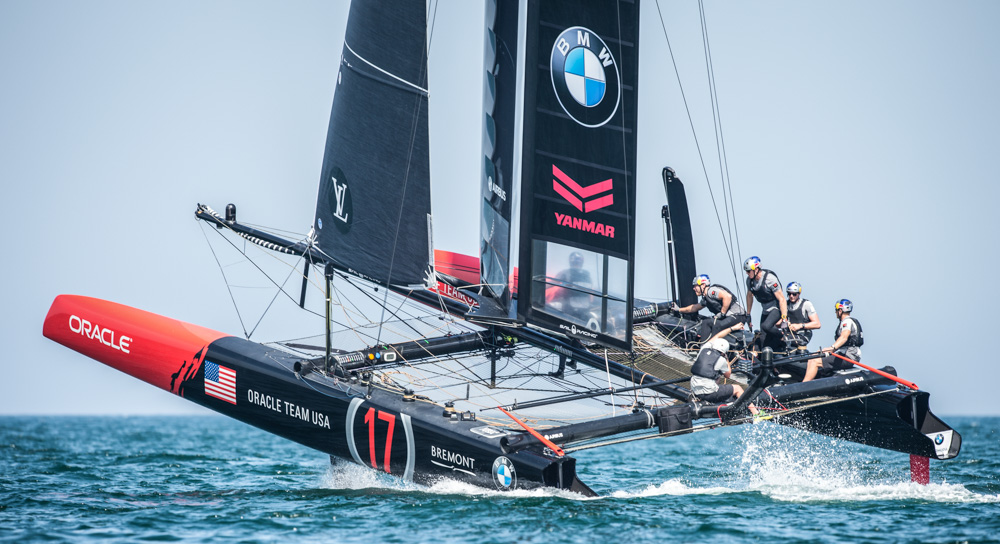 The America’s Cup really entered into my consciousness in 1983 when Alan Bond won the Cup for Australia with his captivating wing keel yacht Kookaburra III, it was the first time in 132 years that it had not been defended by the New York Yacht Club, and it captivated all sailors at the time. Little did I realise that 28yrs later I would be sitting with Grant Simmer (Oracle Team USA Captain) who was on Kookaburra III on that campaign and the legend Dennis Conner who was skippering Stars and Stripes on that losing campaign. 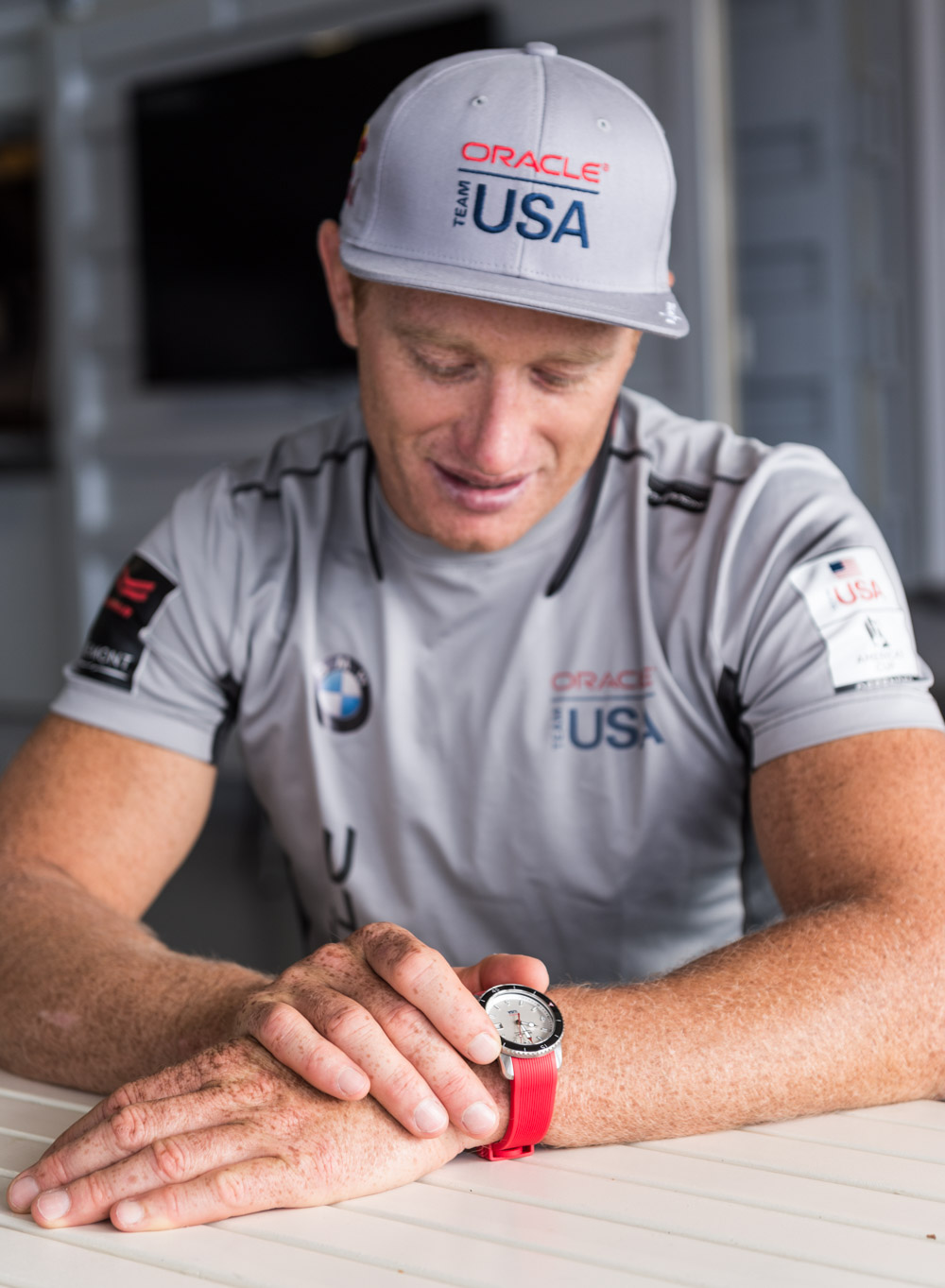 From that wing keel design to the modern day foiling yachts, the America’s Cup has always been about technology. The latest AC45 catamarans are capable of sailing 3 times the speed of the wind at speeds up to 50mph, their wing sails are designed by aviation companies (Airbus), the composites they use are so advanced that they are used by few other industries, and their hydraulic systems would not look out of place on an F35 aircraft. These modern America’s Cup yachts are now sailed in three dimensions, the skippers have trim tabs on the steering wheels to alter the pitch of the foils to bring the boat in and out of the water – get that wrong, and you sink the hull. When racing, you can lose 3 boat lengths in a matter of seconds or, worse, capsize the yacht. The skippers are even taking their flying licenses so they can understand the principles of flight! 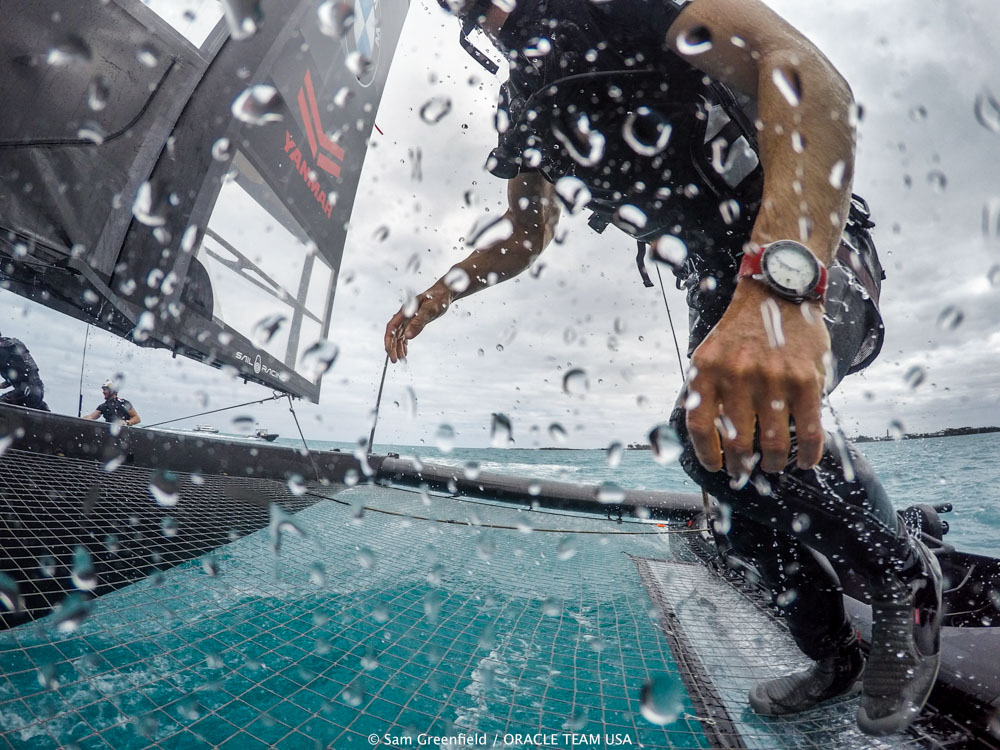 So how did Bremont, a relatively small British watch company, get involved in the oldest sporting trophy of all time, and why not with the British team led by Sir Ben Ainslie? Naturally, with my historical interest in the America’s Cup, I was very aware of its strong British links. It was founded in 1851 on the Isle of Wight when Queen Victoria handed the “Auld Mug” to the winner of the ’round-the-island race to the yacht “America.” From that day forth, the America’s Cup was formed. Great Britain has never won the Auld Mug but came very close with such great characters competing for it – Sir Thomas Sopwith (from Sopwith aircraft manufacture) came very close, competing with the Endeavour and Sir Thomas Lipton, who built his brand Lipton Tea in the US off the back of losing 5 times. 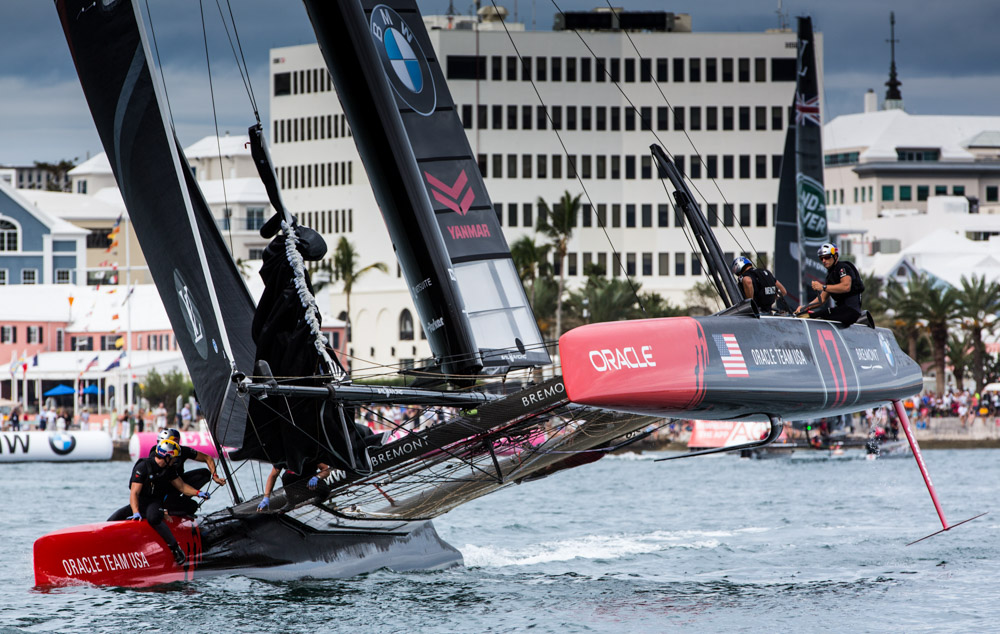 I felt that, post the amazing final in 2013, the 35th America’s Cup was going to be a bigger and more captivating spectacle than ever before. Ben Ainslie had put a really contesting British team together for the first time in many years, and there were going to be six very strong teams competing. One of our very first ambassadors was a sailor called Mike Golding, a transatlantic sailor, and we had always felt that extreme sailing captured Bremont’s spirit of adventure whilst being a perfect testing arena. This and the fact that the aviation link with these modern yachts was so strong made it feel like an obvious direction for us to go in, if we could design a good sailing watch that can work in any environment. 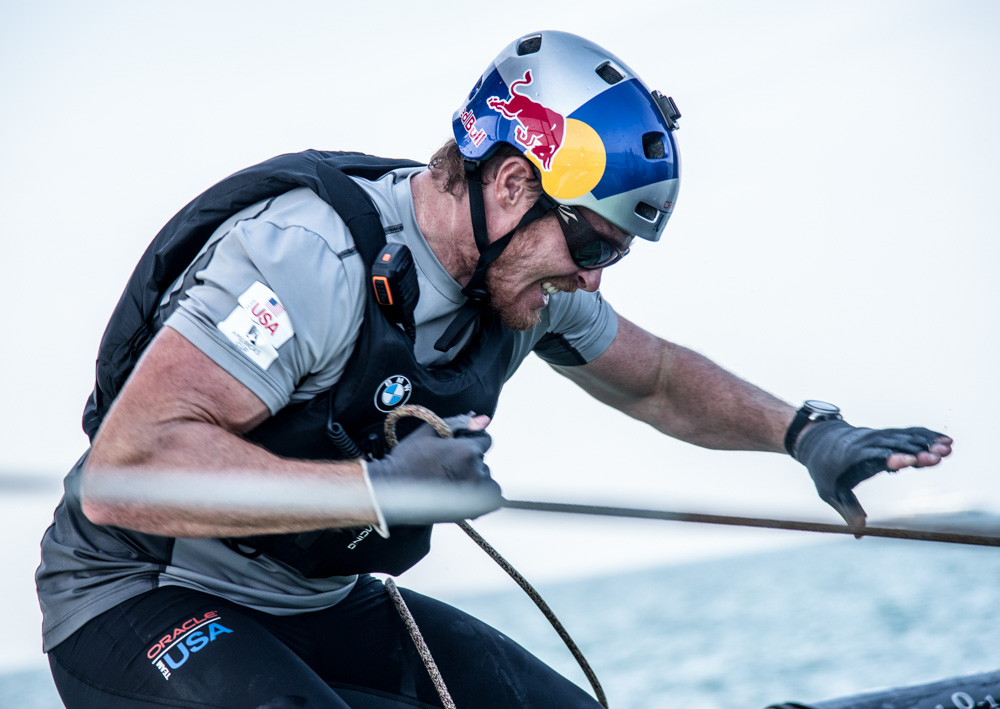 I started having some very early discussions with a couple of the teams, and then we were approached out of the blue by the America’s Cup team and Larry Ellison. I was slightly apprehensive when Nick and I went to meet Larry at his Malibu house. I had read many stories about him, but I experienced a very engaging and passionate man whose enthusiasm for sailing, flying, and business made it one of the most fascinating meetings of my life. Larry asked if we would consider becoming the Official Timing Partner of the whole competition, something I thought would be impossible for a company of our size to get. Naturally, we felt it was a wonderful opportunity for us, not only providing great global exposure but considerable technical opportunities for us as a business. We were to build clocks and timing devices around all the series events. Bremont is not a company steeped in history, but we are a company that makes our own history, and being the first British timing partner since 1851 is something we are very proud of. Had we of worked with Ben and the BAR team, we would have just been a partner of a single boat. 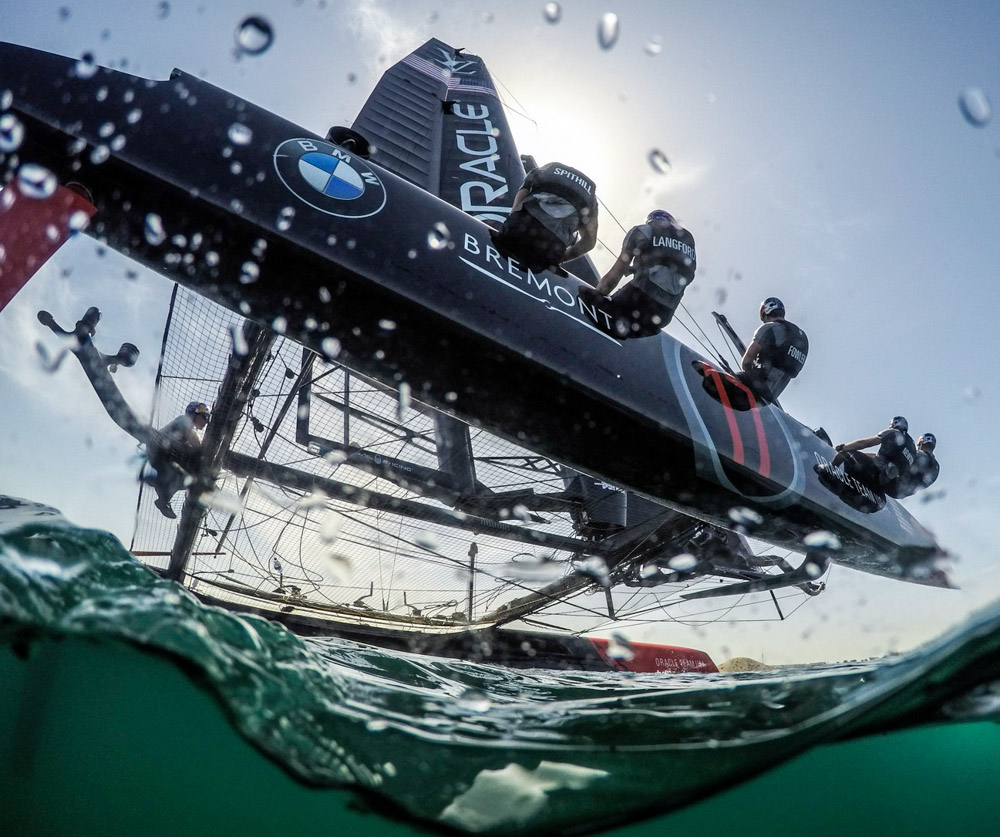 For Nick and myself, the partners that Bremont has become involved with, from Jaguar cars to Martin-Baker ejector seats, provide a great source of inspiration and often technical support. It gives us a design direction and often a testing platform; the America’s Cup collection is no different. We had the wonderful history of the Cup to work with, some incredible individuals who are arguably participating in the only extreme team sport out there, and also the modern technology that is incorporated into the Oracle Team USA catamarans. It is a wonderful test bed for us and we are learning all the time by working with the sailors to give us direction when designing the perfect sailing watch collection. 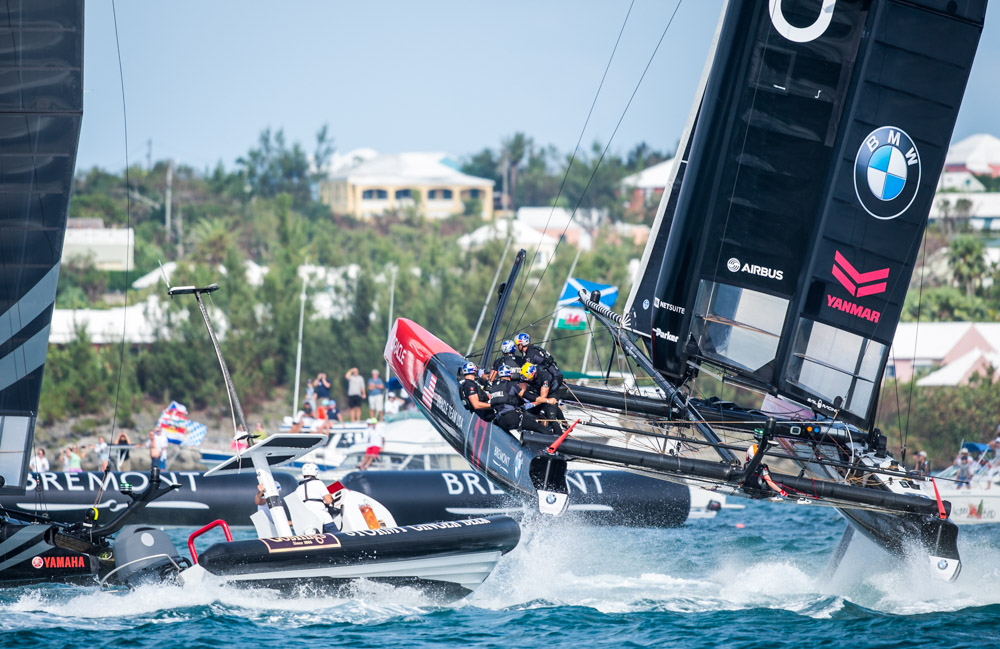 These athletes are really testing the watches “beyond endurance” every time they go out on the water. Our Supermarine diving case technology with the vibration mount was a great position to start from as it naturally works very well for sailing watches, and there was a very clear need for a Regatta countdown function which is critical to racing. Even if you don’t sail, they are perfect adventure watches: think of the Regatta function as a very visual 5-minute chronograph, and the dial comes alive and is ever-changing as the disks change colour. It has been hard to produce this unique movement, especially with the 15-minute count-up chronograph, and also incorporating a date, which is not often seen with the 12-hour dial. The various disks required make it hard to fit on the movement and we have had to customize all the bridges. The resulting movement is rather beautiful indeed. 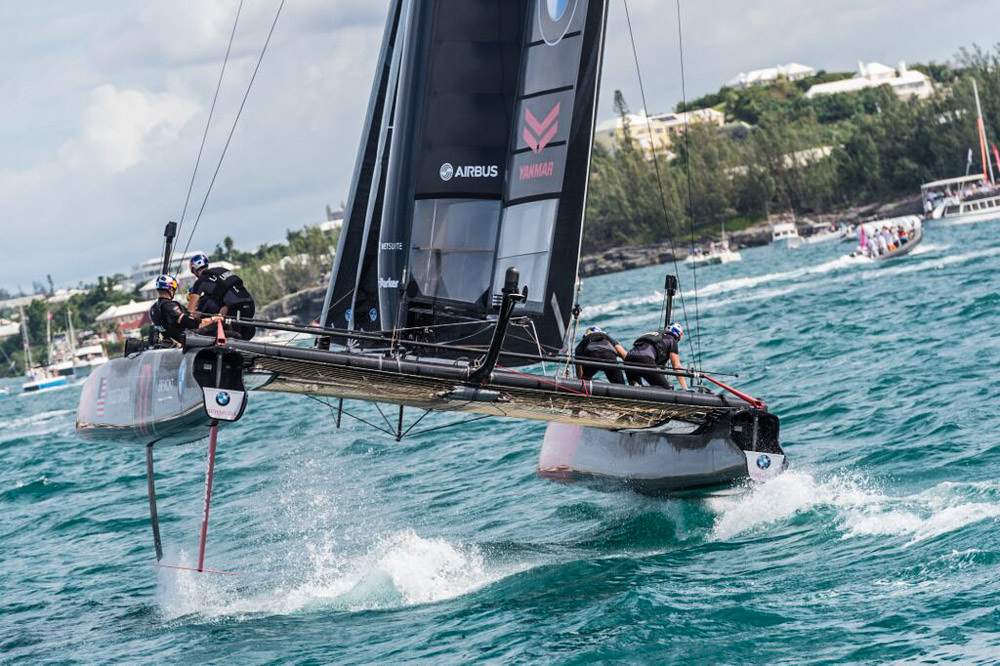 Creating any new collection is very difficult to do whilst retaining the Bremont DNA – that is always our concern, but as a brand we stand for British engineering, aviation & military, and of course, adventure; for me, the America’s Cup has a little of all these qualities. The British watch industry really all began with John Harrison’s wonderful marine clock, and we now feel this small connection with him, but most importantly, we now have the perfect platform from which we can build the best sailing watch collection that is possible. bremont.com

Enter Bremont’s competition to win an exclusive trip to Bermuda for the America’s Cup qualifiers in May 2017. Entries via bremont.com/competition