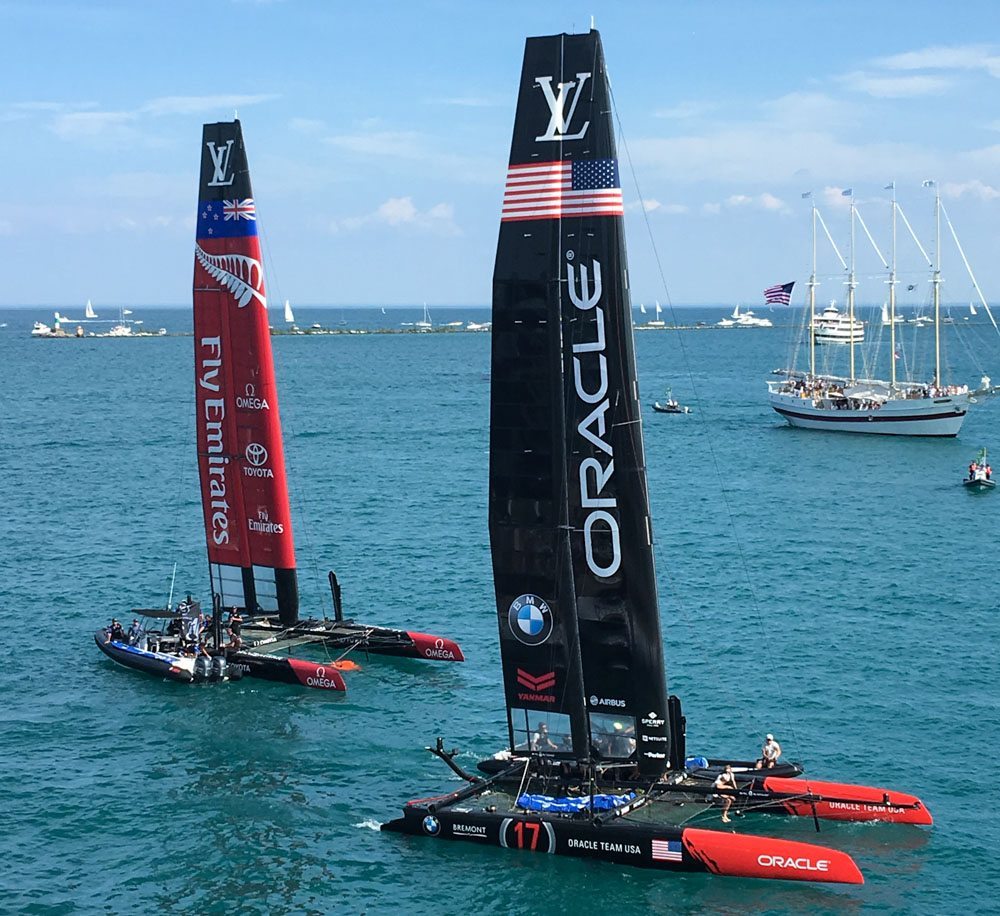 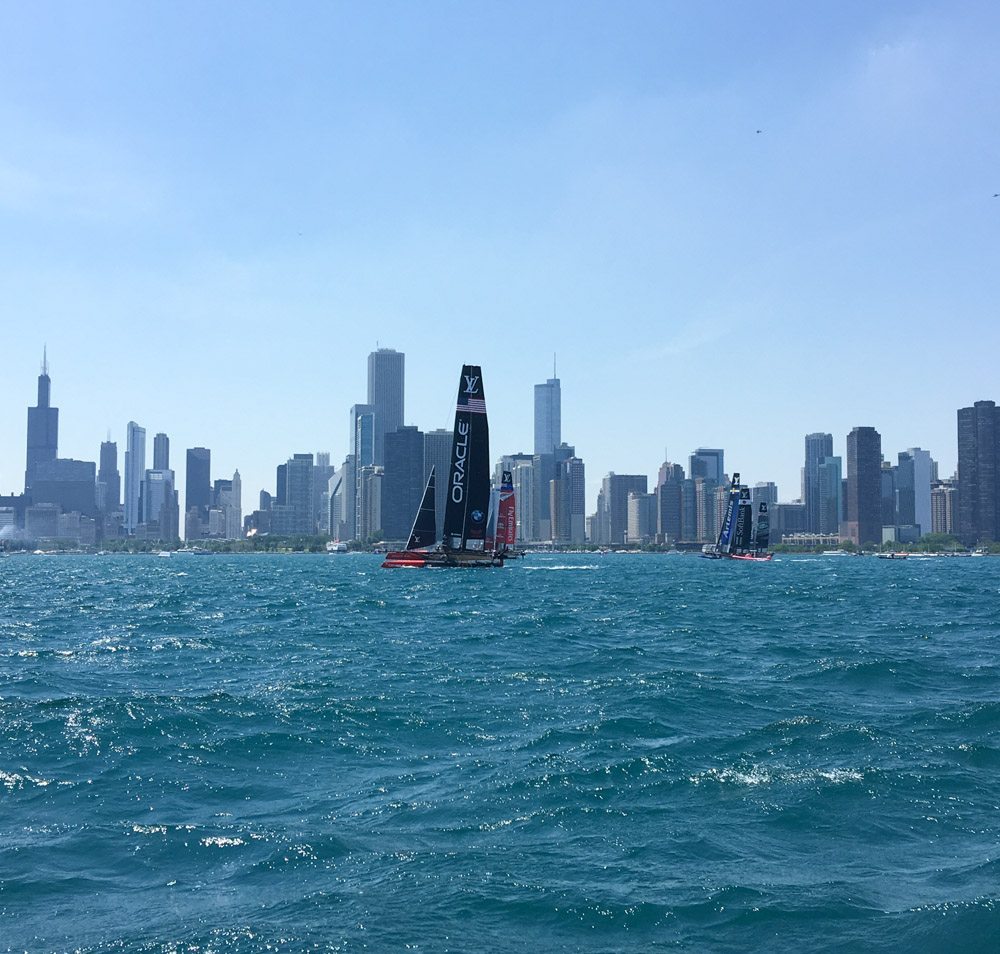 “Are you scared?” To which I replied, “Should I be?” The lady was asking about my upcoming “ride” with “the guys” on Oracle Team USA’s AC45 sailing boat that was designed to compete in the America’s Cup. This is in Chicago – which isn’t the first America’s Cup event I’ve been to, but it is the first time I’ve been able to actually experience the action of competitive sailing so closely. 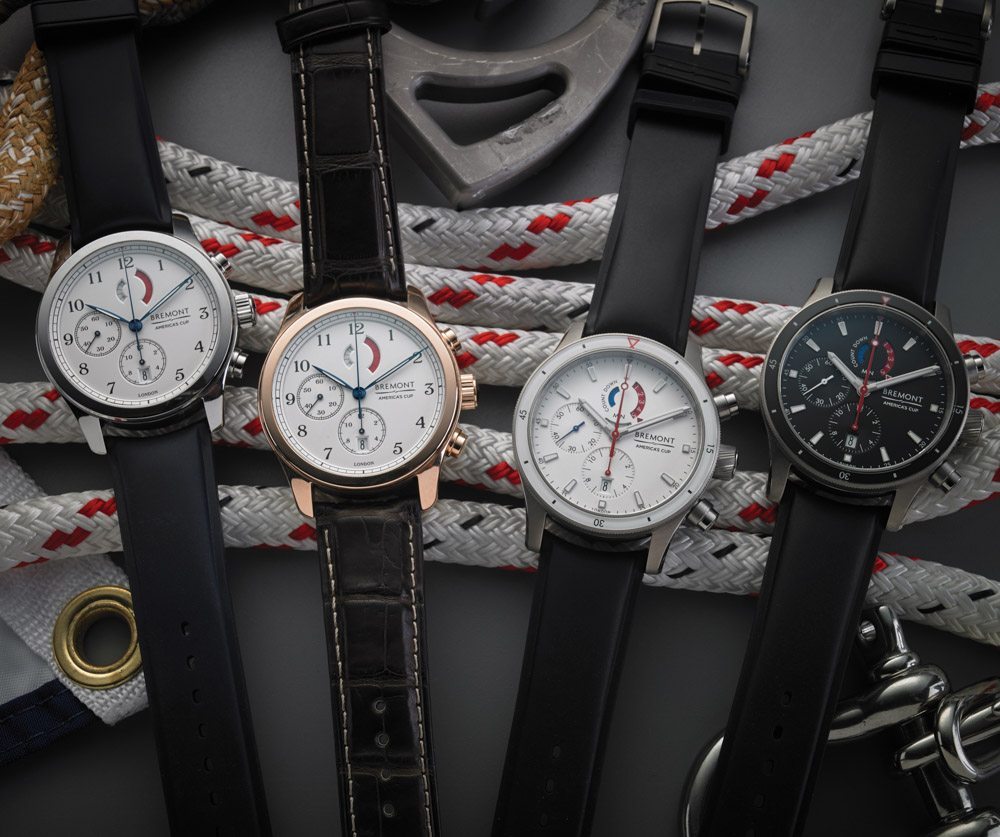 About six years ago, I was teased during an opportunity to spend time on a boat called Le Hydroptere (shortly sponsored by Audemars Piguet). Designed to be the fastest sailing vessel in the world, I traveled to Saint Tropez for what was supposed to be the wind-powered experience of a lifetime. Despite the clearly lovely setting in the South of France, our group was greeted with anemic winds blowing at only a few knots. We proceeded to watch video footage of what the vessel could do – in proper conditions.

Since then, I’ve attended a few sailing events as a spectator. One of the nicest was the party-favorite Les Voiles de St. Barth with sponsor Richard Mille. A picture-perfect place in the Caribbean, I learned something very important then: to appreciate sailing, you need to be a lot closer to the boat. What I learned in Chicago is that to feel the thrill of regatta racing, you need to be actually on the boat. 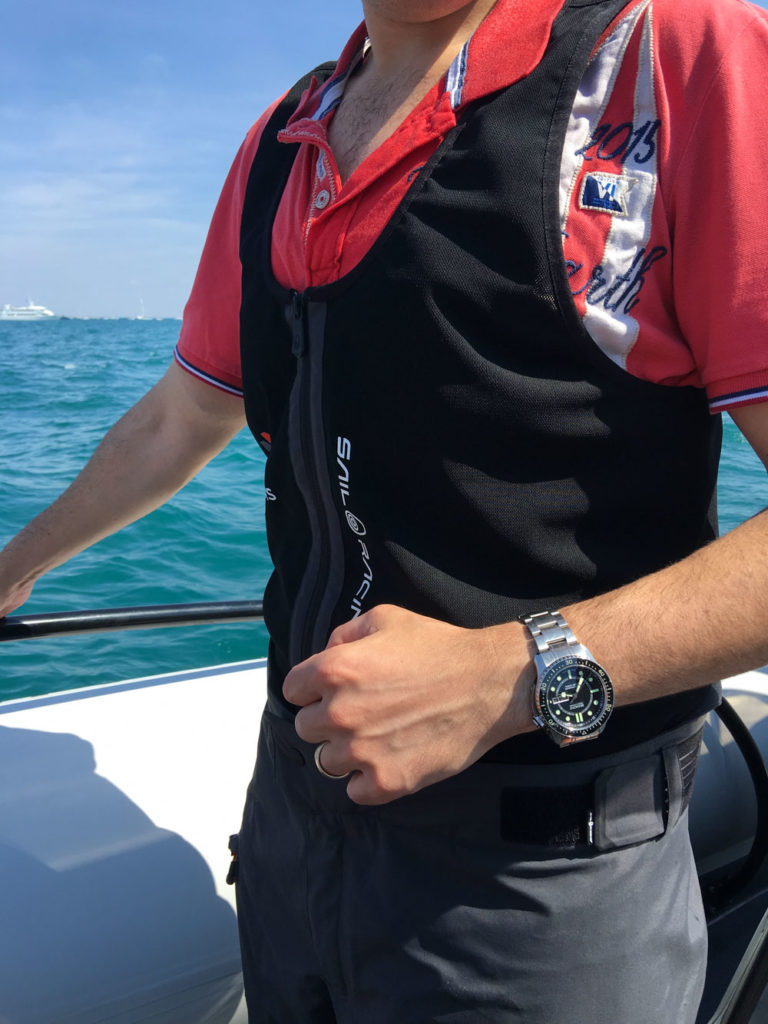 Bremont is one of many watch brands romanced by the allure of the yacht-racing world. Who wouldn’t be? It is a sport for well-traveled mostly rich people who like both gear and style (as well as status). What else could you hope for in an event partnership when you are trying to market watches? Pretty much all big watch brands have some current or historic foot in the world of sailing, or boats in general. While Bremont is the official timekeeper of the America’s Cup as well as a sponsor of Oracle Team USA, other brands are represented there such as Ulysse Nardin and Omega. Previous to Bremont, Oracle Team USA was partnered with TAG Heuer. Competitive sailing is more than ripe territory for watch lovers – that’s clear. What I’ve learned is that watch lovers not familiar with boat racing might be pleasantly surprised by what the sport is all about. 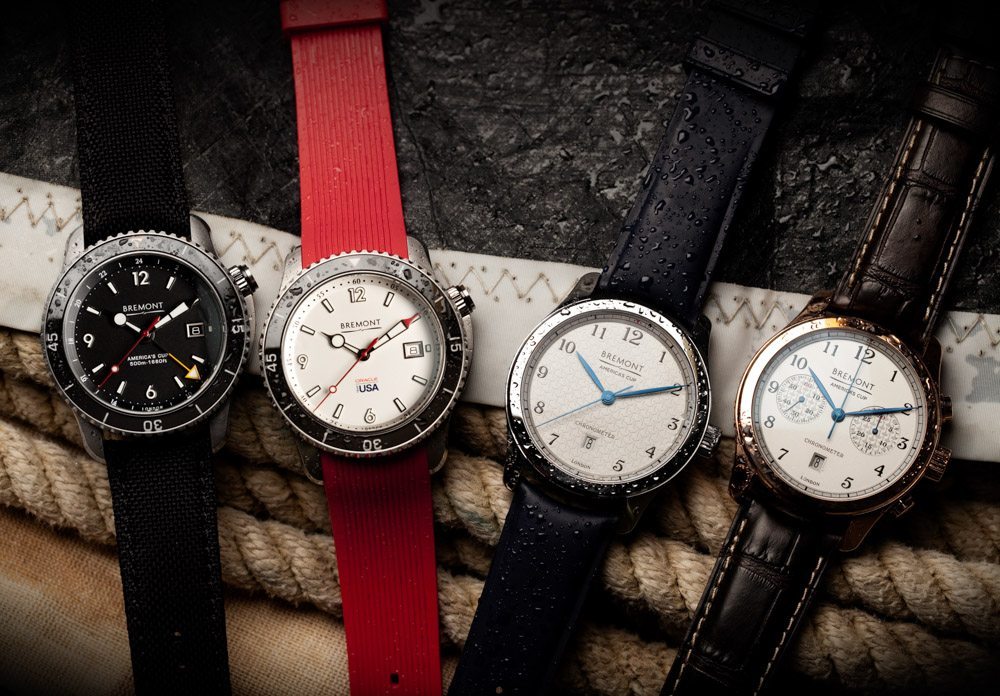 Life as an America’s Cup spectator is cushy, to say the least. Granted you have some type of VIP or Club access, you’ll be treated to good food, endless top-shelf alcohol, and actually pretty decent music. Not to mention being in a group of people who are similar to those interested in cars or planes, but offer their own distinct style of event appreciation. What I like about the boating crowd is that unlike the severity of flying, and the precision of driving, sailing lovers tend to be a bit more laid back – even when they are competing versus boating for pleasure. 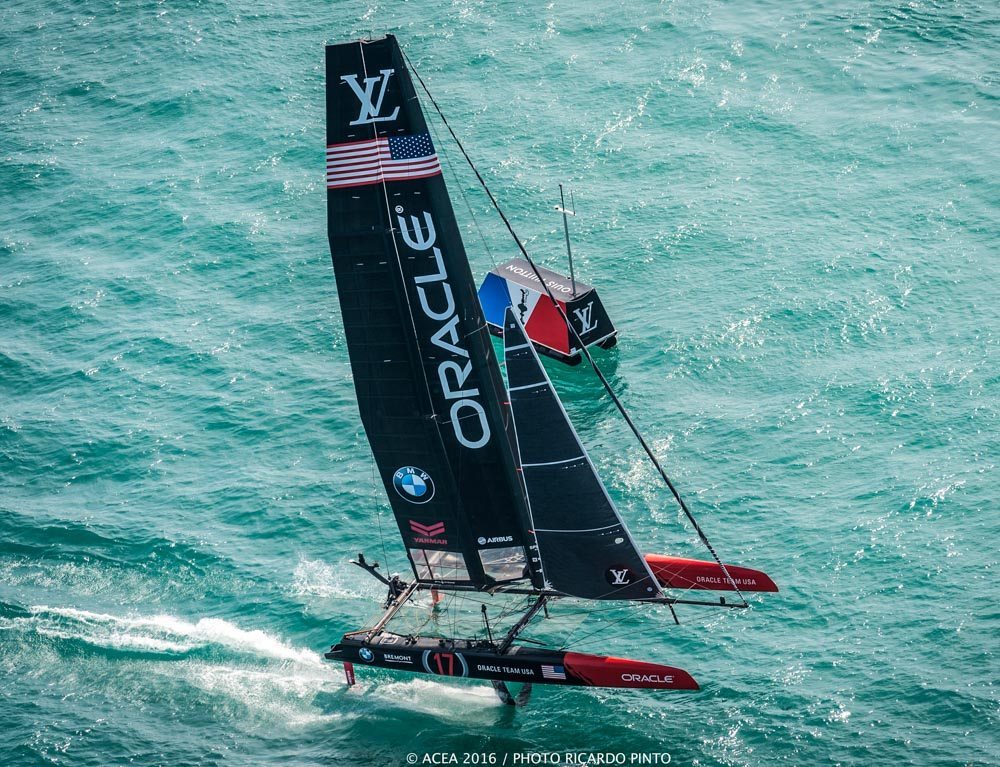 Think of the guys who make up America’s Cup boat teams as race car drivers with stockier builds, who act (and look) as though they spend a quarter of the year at a surfing retreat. Also listen closely for American accents – as you won’t find many. The primary countries which supply competitive sailors seem to be Australia, New Zealand, and England – which are perhaps less than ironically people more or less of the same stock.

Even aboard an AC45 during a match at top speed, the voices of the five team members are calm and collected. If I weren’t worried about the boat tipping over or us ramming the other boat that too often seemed to be right in our course, I would have found the experience to be… pleasantly relaxing.

The sea has long since been a great source of leisure for countless generations and people all over the planet (who happen to reside near water). It’s funny because, as I think about how relaxing the ocean is, I have to remind myself that Lake Michigan off the city of Chicago is not a sea. In fact, this “America’s Cup World Series” event is the first ever in freshwater. It’s arguably a better environment to be in given the lack of salt air. It also means that the boats are slightly less buoyant due to the absence of salt in the water. Lake Michigan more or less feels like a sea, though, with its vast size and windy waters. Looking into the horizon opposite the city, you just keep seeing water, adding to the ocean-feeling. 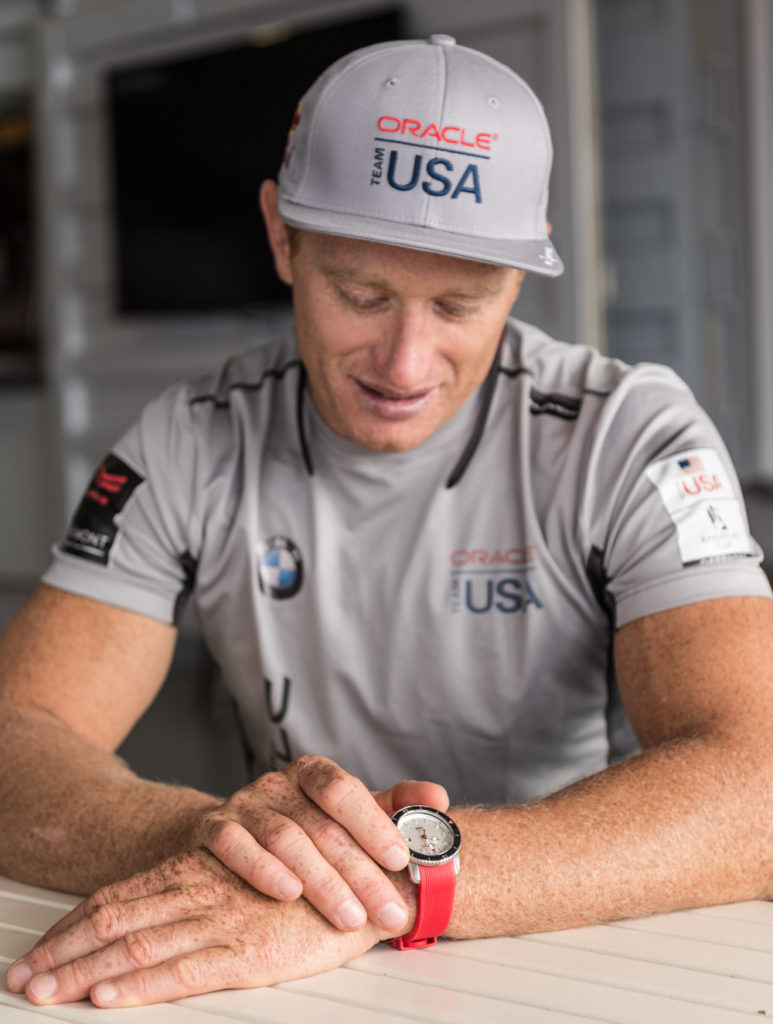 Anyhow, it thus makes sense that when you combine the energy of racing with the calming of big bodies of water, the result should be interesting – and that’s the culture of the America’s Cup. Considered one of the oldest organized sporting events in the world, the America’s Cup began in the mid-19th century in Portsmouth, England. It was called the “America’s Cup” because, apparently, the first boat to win the race was called the America. The last America’s Cup event didn’t even have a British team, but this year they do thanks to team Land Rover BAR (perhaps not the most elegant or fitting title). 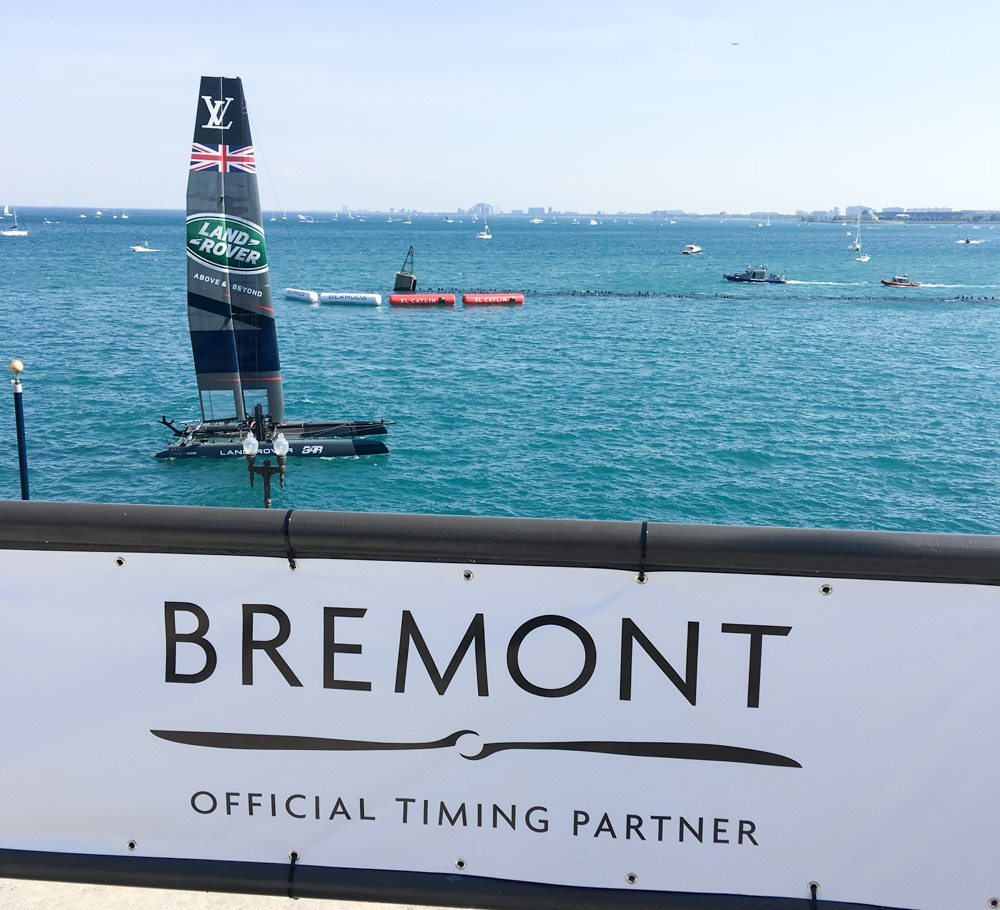 With that said, I’m hanging with Oracle Team USA that is primarily financed by Oracle founder Larry Ellison. He doesn’t make too many appearances, but his boat can often be seen jetting around the boats to maintain a close eye on the action. Ellison himself has a history of sailing, which probably explains why he is so passionate about the sport. He is also reportedly a not-insignificant watch lover. Sailing isn’t too easy, either – at least doing it well. It isn’t until you sit aboard one of the specially designed vessels meant to “foil” (fly) across the water that you realize the sheer amount of things to pay attention to while trying to maneuver in the wind around a complex course of markers in the water. 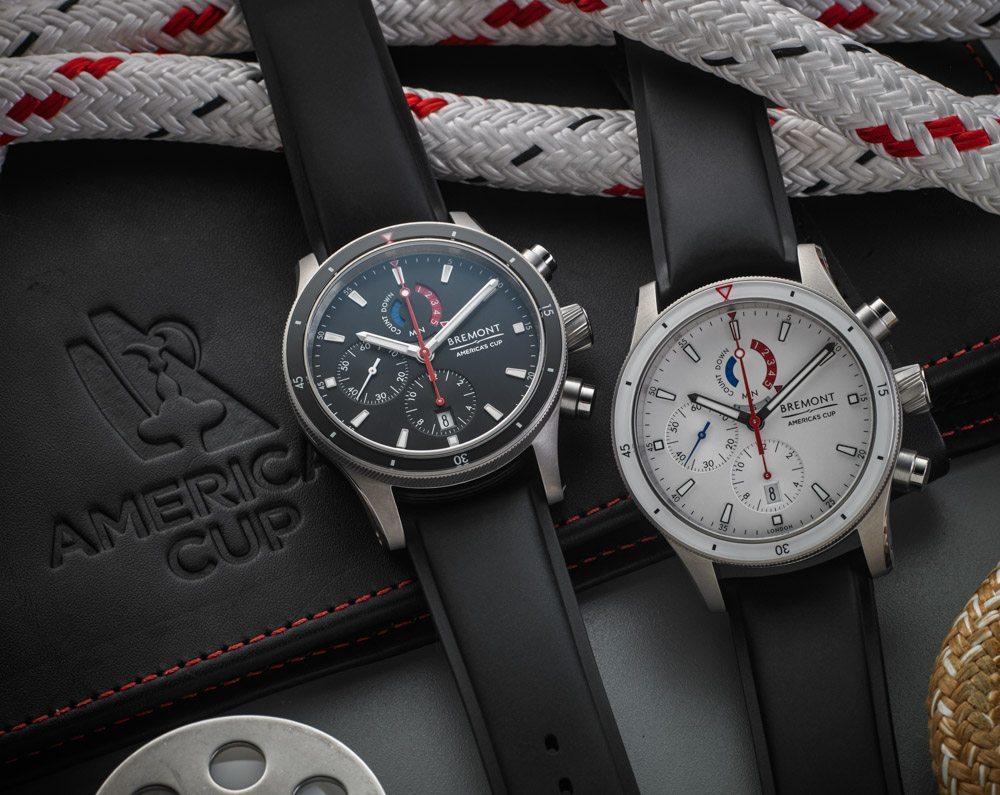 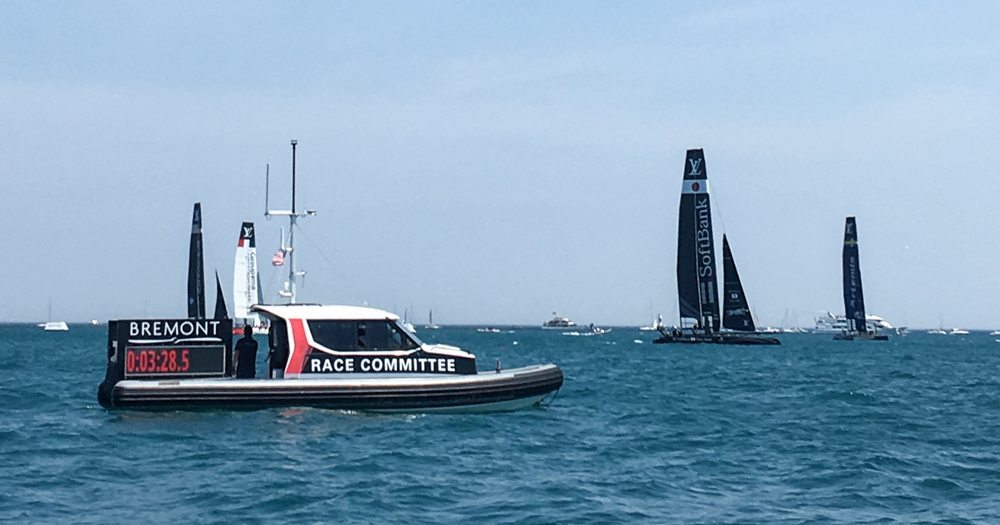 Many people have asked why Bremont decided to work with the America’s Cup. The brand began as a maker of refined-looking pilot watches with a bit of a vintage twist. They’ve added sides to the brand personality, but yacht racing is a bit left-field. Or is it? If there is anything I’ve learned from the guys at Bremont it is that they are naturally gravitated to other people with a passion for going fast, and who enjoy the art of performance and success. It isn’t so much about winning as it is about excelling and doing your best (successfully). Watches are a vehicle to work with a lot of people they admire, and they happen to design pretty nice watches.