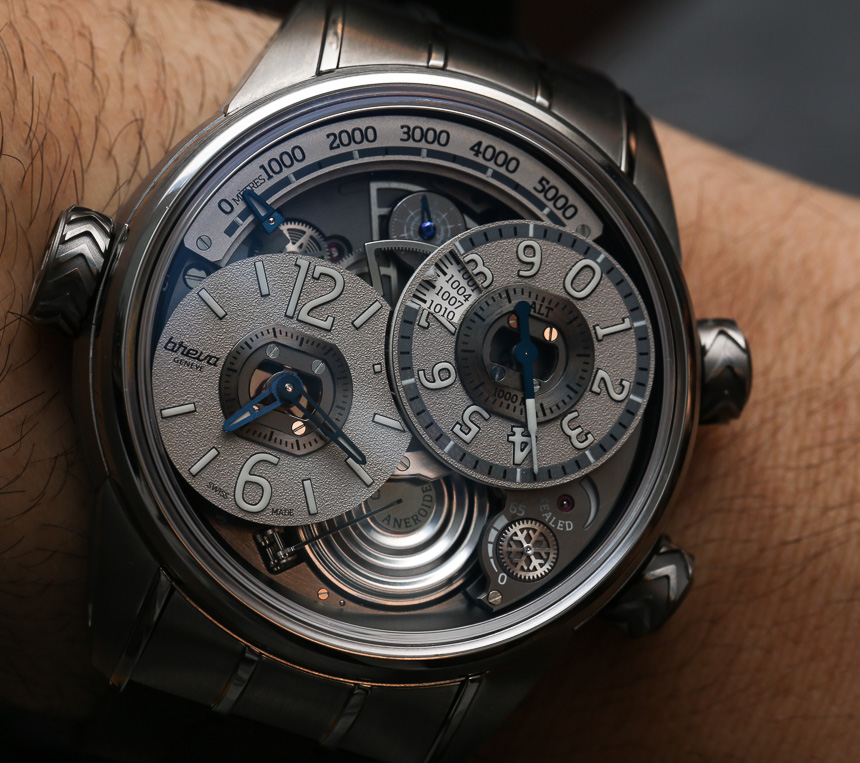 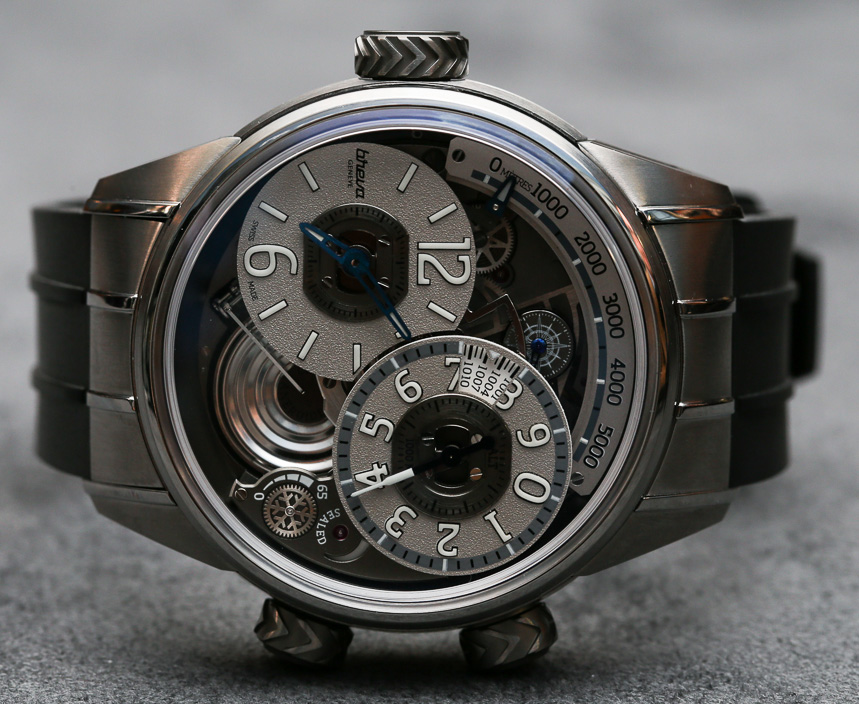 For 2014, Breva has released their second watch with the Genie 02 Terra. It sports a mechanical altimeter that like the brand’s first watch – the Genie 01 – uses a specially developed aneroid capsule to indicate this information using air pressure. Hands-on, the Breva timepieces are certainly cool, and we take a look at prototype of the Genie 02 Terra and get to know the brand a bit better.

We debuted the Breva 02 Terra altimeter watch here recently. In our first article you can get more information about the timepiece’s tech specs and about how the 02 watch evolved from the Genie 01 (read about it here). With two timepieces that each have aneroid capsules and niche functions, what was the most interesting question for us was, “what exactly is the theme of the Breva brand?” 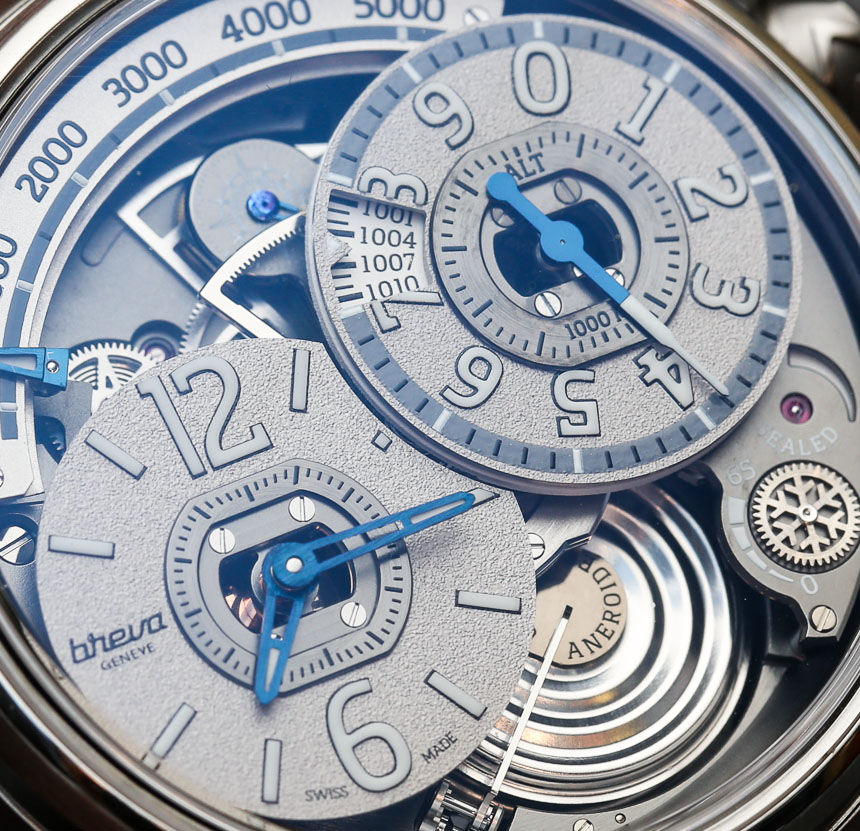 Breva’s CEO shed some light on what appears to be a very unique and quirky brand. If the brand was to have a theme it would be high-end mechanical watches that feature environmental sensors. That latter requirement can take many forms. Using air (or water) pressure alone has a lot of options. In addition to a barometer or altimeter watch, it would be easy to have aviation and diving watches. All of those things are entirely possible.

While it may appear that the Genie 01 and 02 watches are extremely similar, they each have a lot of differences. What will confuse people is the similar dial, as well as the use of an aneroid capsule. Actually, the Genie 01 does have an altimeter feature – but it isn’t as precise as the one in the 02. Even the capsule itself is configured differently in each of the brand’s current models. While there have been some very obscure historic timepieces with aneroid capsules in them, the pieces that Breva produces are unique and distinct as a very high-end item.