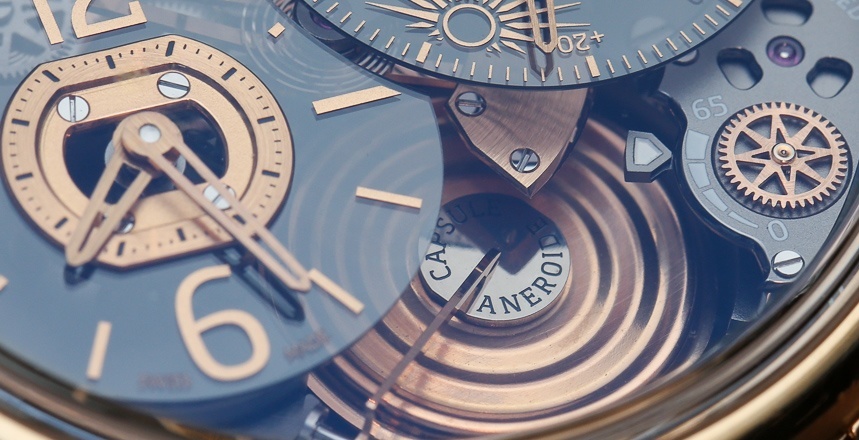 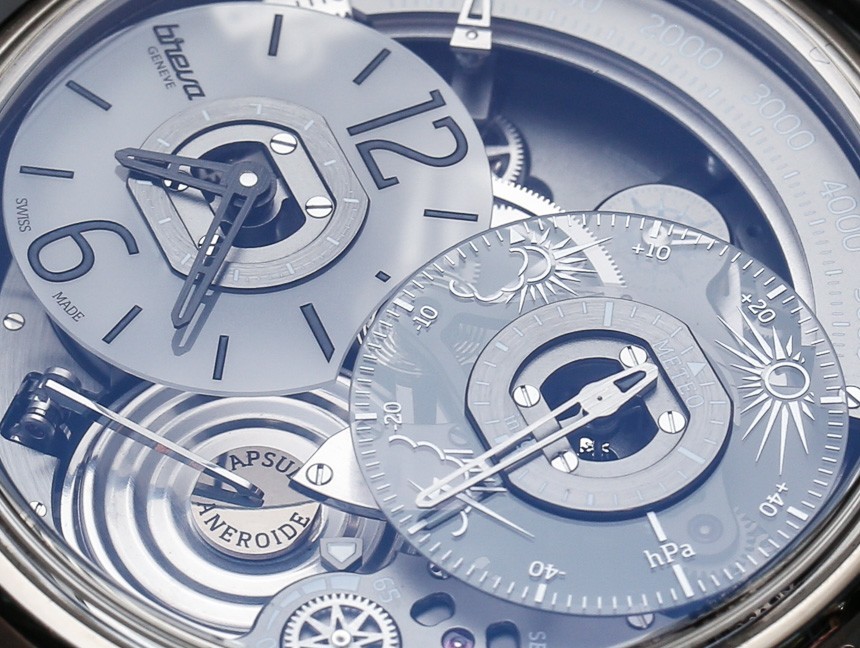 In March of 2013, aBlogtoWatch was the first to debut the new Breva Genie 01 watch with a barometer and mechanical weather station. We had to admit that we were a bit blown away to see this amazingly designed luxury watch that set out to do in about $170,000 what brands like Casio can do for about $170 bucks. But is being able to read the current barometric pressure and get a weather prediction really the point? Or is the Breva Genie 01 and its brother the Genie 02 (with an altimeter versus barometer) more about a new trend that might evolve from people’s fascination with luxury timepieces?

I would like to submit to you a trend that I personally would like to see, and that is a new era of high-end vintage style scientific instruments produced for luxury customers. Allow me to explain. We all know that the pocket watch was the original gadget, and it was only for those people wealthy enough to afford it. Pocket watches offered an amazing new degree of freedom for those who wanted to have portable time keepers with them. The ability to not only know the current time, but also to measure intervals of time was seriously useful when people were first able to “take it with them,” starting a few hundred years ago. 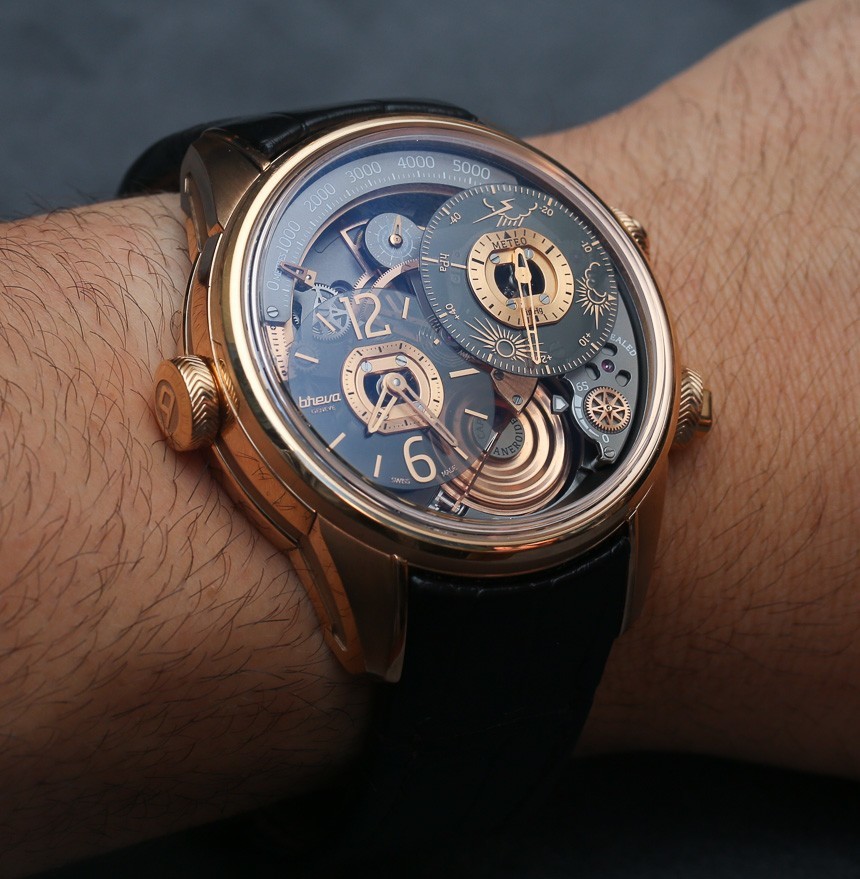 It was not until about 130 or so years ago that portable time keeping became much more democratized, and by about 100 years ago, almost anyone could afford a pocket or wrist watch. Nevertheless, the resurgence of the mechanical watch is as much about its functionality as it is about its attractive design and the luxurious nature of the item itself. So in a sense, we have a fondness for high-end precision instruments with an analog versus digital quality to them.

Enter the steampunk movement. While many people can brush off steampunk as another element of pop culture’s fascination with mash-ups (vintage plus scifi) the steampunk movement is really about celebrating people’s love of portable gadgetry – and the display thereof. This is why so many steampunk aesthetic mix fashion elements with items like goggles, gears, and other gadgets. This brings me back to the luxury watch, an item whose contemporary popularity extends so far beyond their mere ability to indicate the time. I would argue that it is the other complications or promises of durability the hold the attention of collectors and luxury consumers. 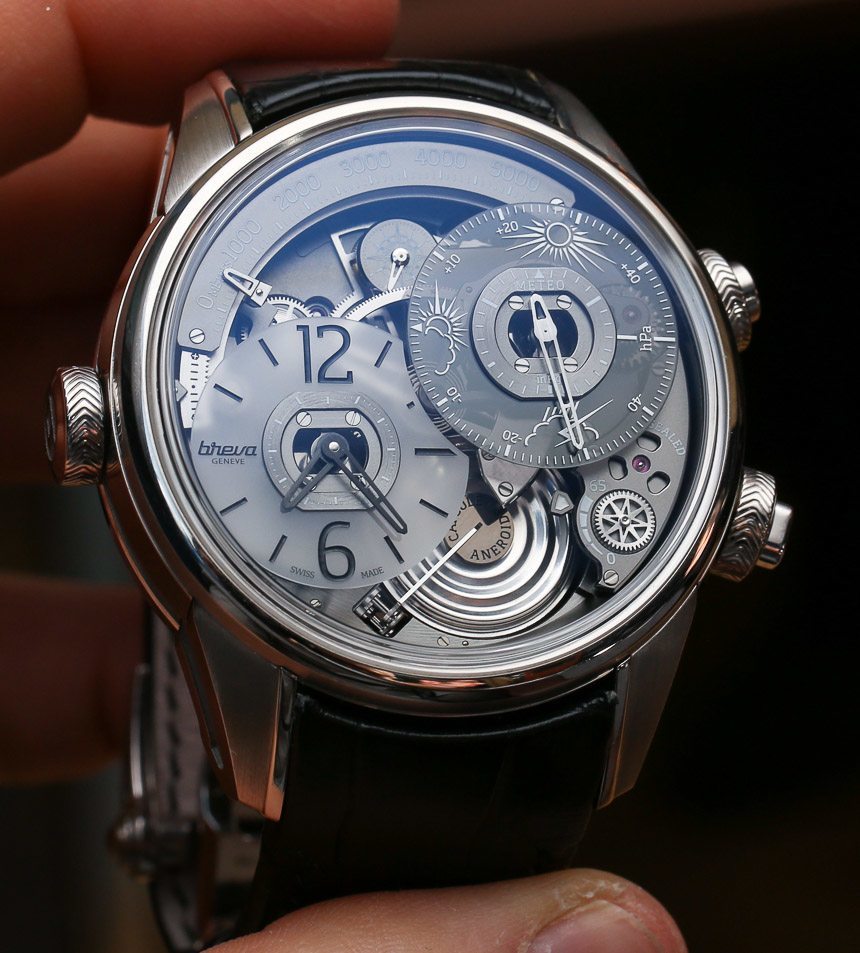 Therefore, I predict that in the near future, luxury watch makers and other companies will begin to focus on the revival of traditional analog instruments and scientific devices as items in or complimentary to watches. That is exactly what I see in the Breva Genie 01. There is a combination of timekeeping with a traditional analog barometer that uses an aneroid capsule in order to measure the barometric pressure. It is all done in a modern and high-end way that is about celebrating the appeal of the instrument itself, versus how immediately utilitarian it might be. The Breva Genie 01 is a luxury scientific toy that doesn’t play with being a status symbol as much as it plays with our fascination with measuring devices.

This logic helps explain the popularity (both historically and currently) of things on watches such as high anti-magnetic cases, slide-rule bezels, 1/1000 of a second chronographs, astronomic display, and use of exotic corrosion-resistant metals. So if we take these things beyond watches to other wearables, I wonder what we will have. Let’s see what happens in the next few years. Having said that, the Breva Genie 01 and its ilk are decidedly niche timepieces. After all, a watch like the Genie 01 doesn’t just allow you to easily glance at the information – some calculations are in order. 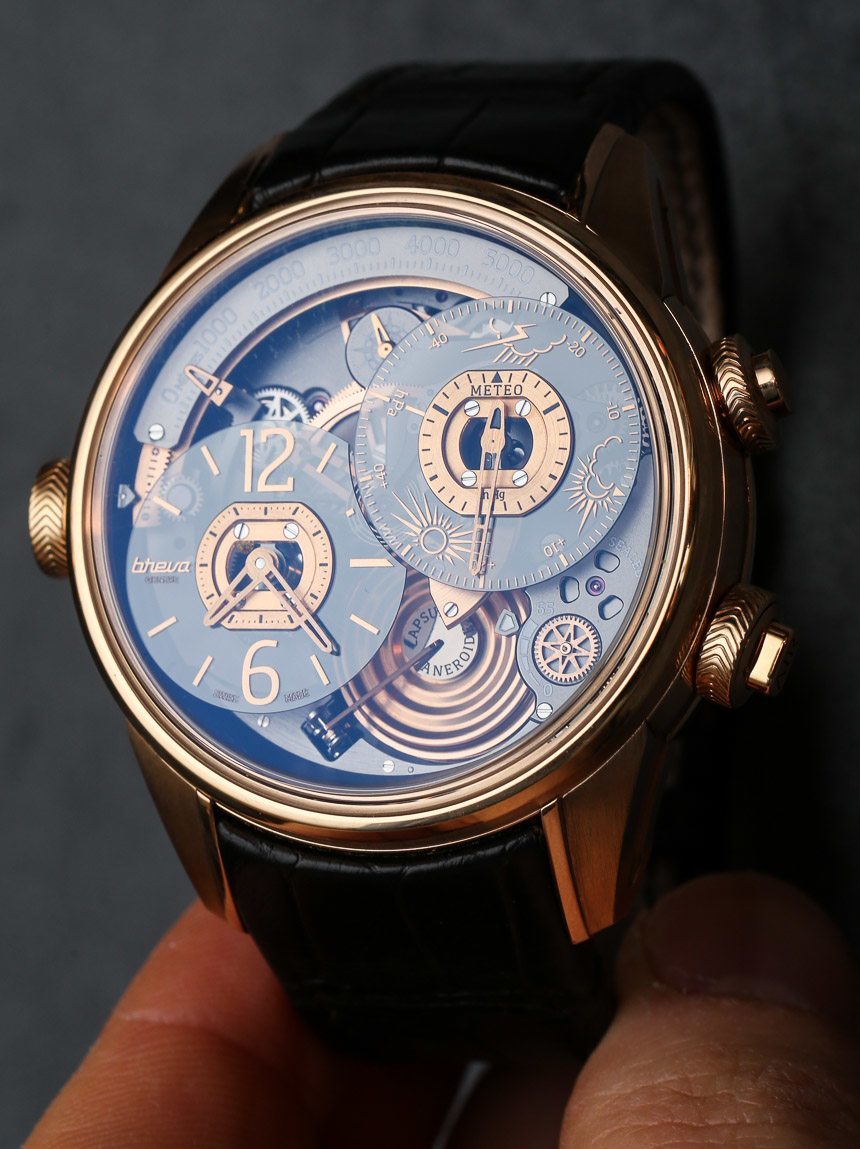 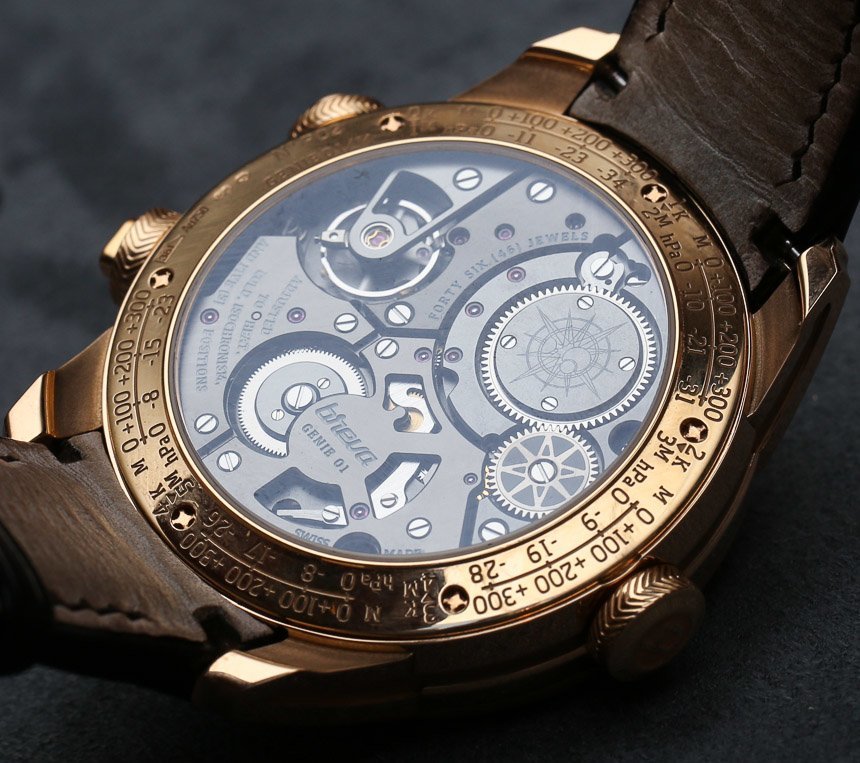 If you watch the video above where we go hands on with the Breva Genie 01 and 02 watches, you’ll see that while each has an aneroid capsule, they are configured differently because one is designed to measure the barometric pressure while the other is designed to measure the altitude. You can see our hands-on look at the Breva Genie 02 altimeter watch here. Using the barometer on the Genie 01 requires you to open a seal to equalize air pressure, and you need to take readings at different times to see the trend in the barometric pressure changes in order to predict the weather. In many ways, it is a very hands-on experience.

The dial of the Genie 01 offers a range of information, all part of the complex manually wound mechanical movement developed by Breva in collaboration with Jean-Francois Mojon’s company Chronode. The 405 part movement operates at 4Hz and has a power reserve of 65 hours. There is also a handy power reserve indicator on the dial near 4 o’clock. 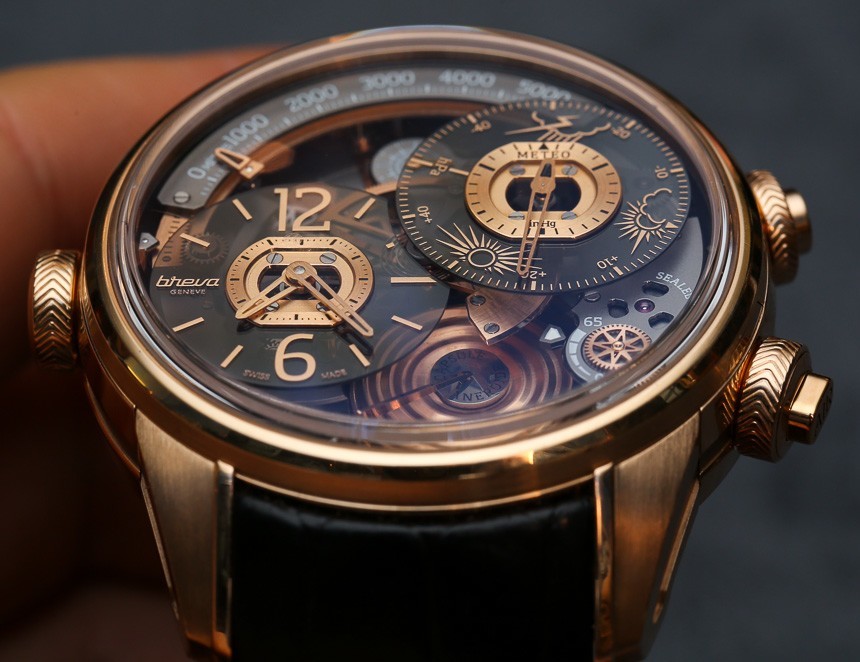