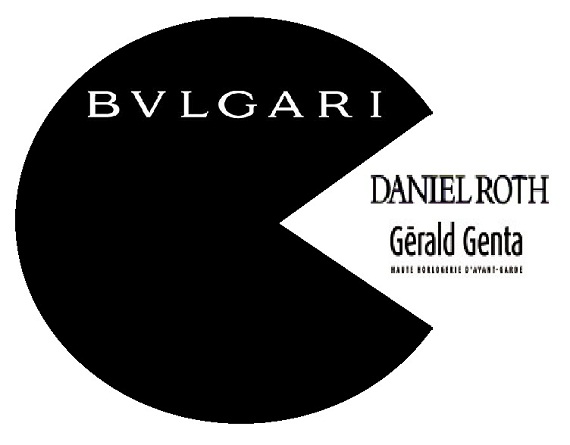 The pursuit continued of life in the house of troubled luxury brand has a method. Bulgari has recently announced news that should be considered uncommon at the least. In a strange move that I would have never predicted, the Bulgari brand actually eats two other brands that it already owns. The result will be a unified brand in image and manufacture, such that each watch coming from the super brand will have the name “Bvlgari” (Bulgari” as I care to say it) on each watch that is released. A hint in the form of an image depicts a potential result of this “new way” where Bvlgari is seen as the originator, presenting a Gerald Genta timepiece.

Why has the event come to pass? It is more than merely a complex branding and marketing exercise. The fact is that each watch brand in the past was more or less independent. With its individual manufacturing, design, marketing, and sales arms. This redundant system works if each brand is truly independent, but being under common ownership, a more efficient and less expensive manner of doing business can be achieved through such consolidation. As such, in the video presented here, Mr. Francesco Trapani (CEO of the Bulgari Group) explains what consolidation means for the brands. While many questions remain about the future of the design and marketing side of the picture, it is clear that the watches will be made under the same roofs, by the same teams of watch makers, and offered via the same means of distribution. This is one of the more clever results of the consolidation – that the three former independent brands can be sold under one roof as a single brand.

There is discussion of maintaining and promoting a singular brand DNA. It is hard to believe that this is the sole motive behind the move. It is clear that Bulgari has been hurting lately from depressed sales. There is a further lack of impressive prestige for their timepieces as of late. Engulfing both Daniel Roth and Gerald Genta, who do have much more positive associations with consumers, can be seen as an effort to “borrow” from their status and implant it into face of Bulgari. 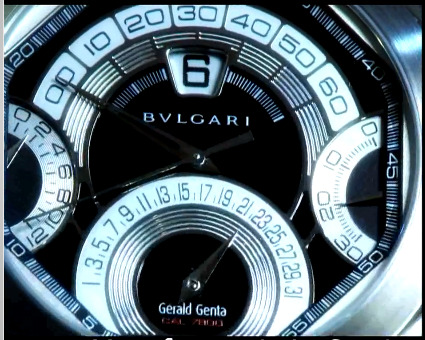 Remaining is the question of whether this experiment will work for Bulgari, and either save or create a bigger and better Bulgari group and image for the brand’s timepieces. The alternative is worse of course. I cannot offer much of an opinion as, to my knowledge, this tactic has not been tested in the luxury watch world in just such a way. Usually you have two companies combining efforts or a popular brand buying a less well known brand (ex. Heuer to Tag Heuer or Montblanc buying Minerva) . My wishes are of course that they succeed. More people buying more watches is a positive thing for everyone in the watch industry. I do wish them prosperity as I will continue to monitor the Buglari’s dining on a main course of Gerald Genta and Daniel Roth closely, as well  as the transformation the group.