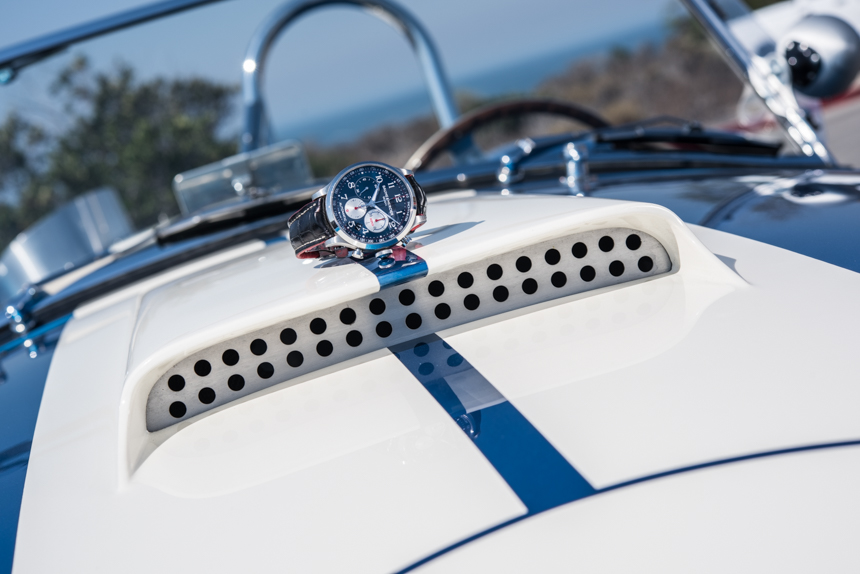 Did you know that famed car designer Carroll Shelby had a serious heart condition that made him heavily dependent on nitroglycerin pills – and/or a reliable source of adrenalin to keep his heart beating? And that to keep himself off the medication for as long as possible, he started to take part in motor racing, while also building his own cars? When I got the chance to drive a Superformance Shelby Cobra 289 FIA – manufactured today under license and in part with original blueprints and molds by Superformance, an Irvine, CA-based company – I could feel in every bit of my body what a race car (mind you, designed by someone clinically addicted to adrenaline) feels like. It is one unforgettable thrill. So, can the matching watch, the Baume & Mercier Capeland Shelby Cobra Limited Edition get adrenaline pumping through your system? Spoiler: when worn while behind the wheel, it cannot hold a candle to the sheer excitement of the Cobra. Anywhere else? That’s a different story. Let’s find out in our latest car & watch review. 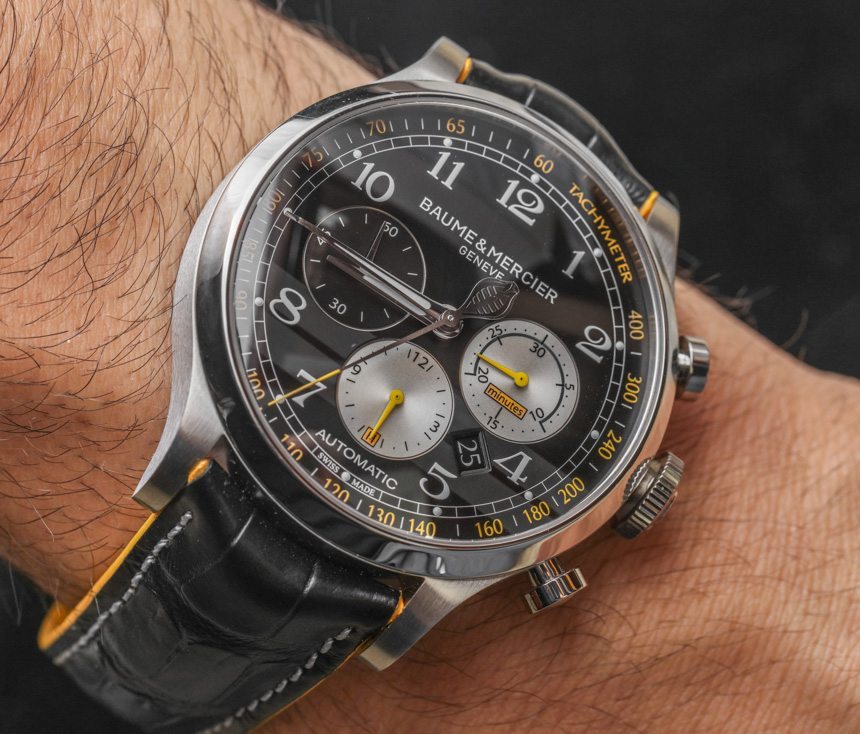 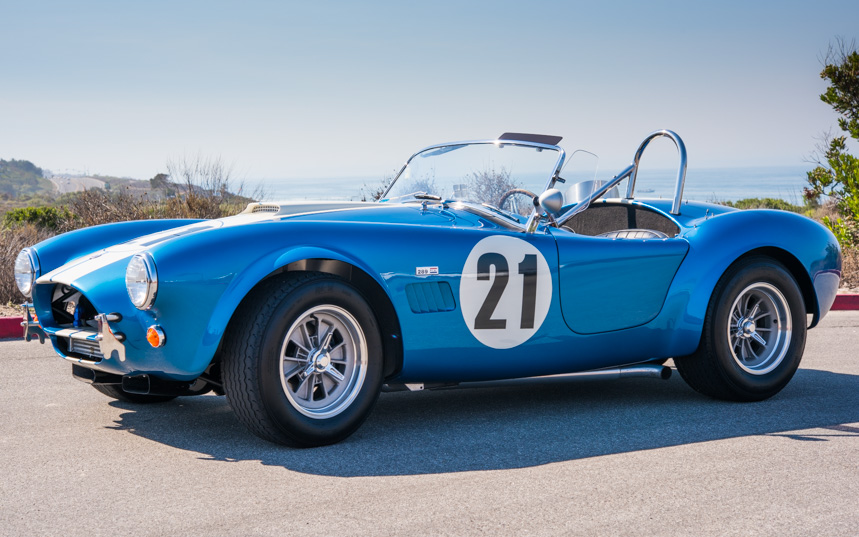 Partnerships between car and watch manufacturers often prove to be an unsolvable maze for all involved parties, including both brands as well as car aficionados and watch enthusiasts alike. It is all about the legitimacy of the connection between the two companies or, if that is too much to ask for, then at least between the two products. When I think of Baume & Mercier, I do not think of the smell of oil, burning rubber, and hot exhausts, or the earth-shattering bellow of V8’s revving to 7,000rpm.

I think of a yogurt commercial, depicting a family that lives in a detached house situated in a quiet neighborhood, with a nice lawn out in front. So how the heck does a cobra make it onto the dials of these rather bad*ss-looking Baume & Mercier Capeland watches? 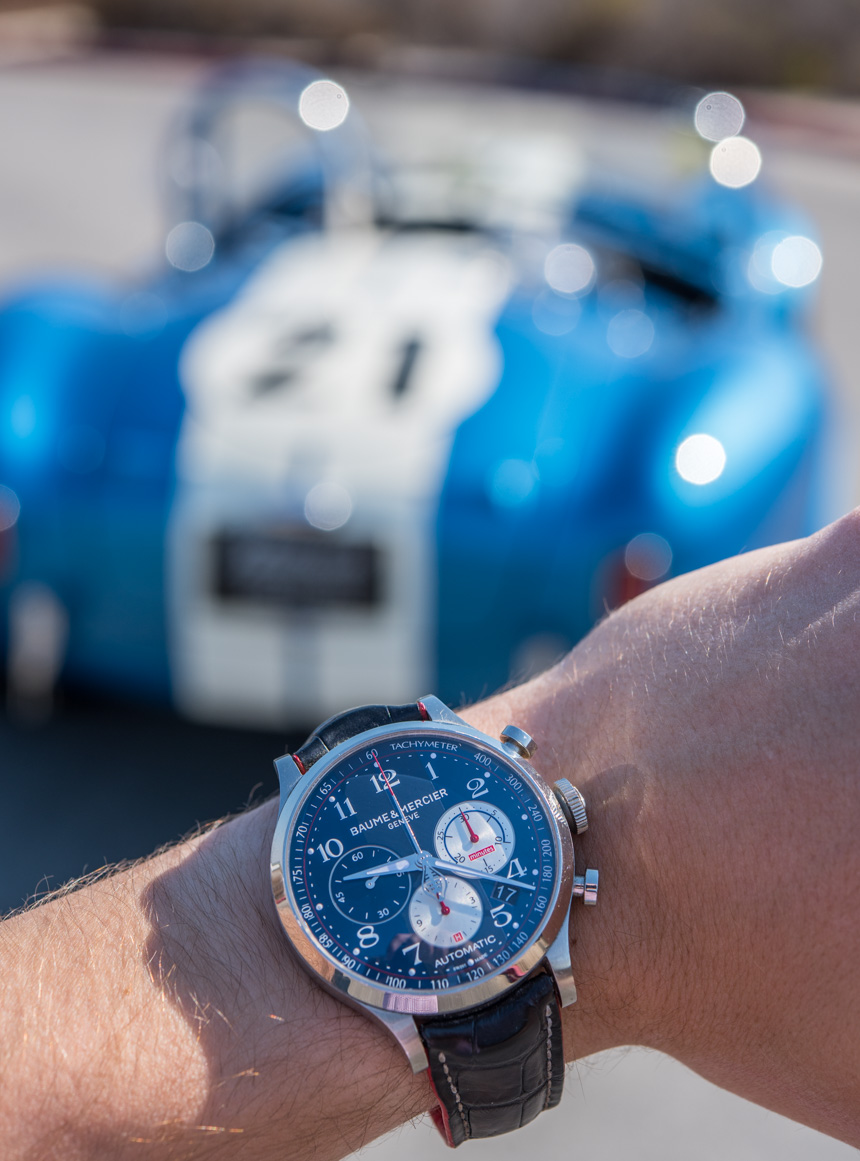 Seen here is the Baume & Mercier Capeland Shelby Cobra 10232, off the wrist of a Superformance Shelby Daytona Coupe owner who led us into the world of Shelby cars during this test drive.

There are some interesting paradoxes here which we have to accept, because if we don’t, we will never understand why this collaboration actually works. First, let us get up close with the vehicle at hand… and boy, is it a handful! To be specific, it is the Superformance Shelby Cobra 289 FIA – and that right there is a product name where every single word by itself can get any serious aficionado drooling. 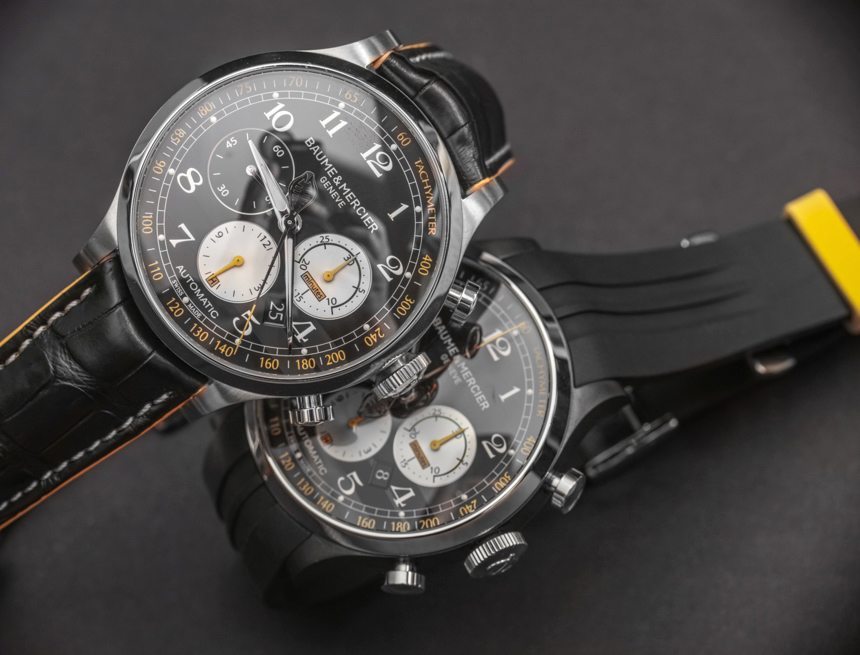 The Superformance Shelby Cobra cars are made under official licensing from the Shelby brand: with the rolling chassis made in South Africa and all other parts fitted in the USA, a lot of these Cobra and Daytona Coupe models, as well as the equally remarkable Ford GT40 cars that they produce, are built using original blueprints and molds, even. With a wide range of engine, transmission, and driver’s assistance (or lack thereof) options available, this is as close as you can possibly get to owning the original Shelby cars from the ’60s and onwards – without paying the collectible’s premium or having to give up on fitting modern equipment of your preference. 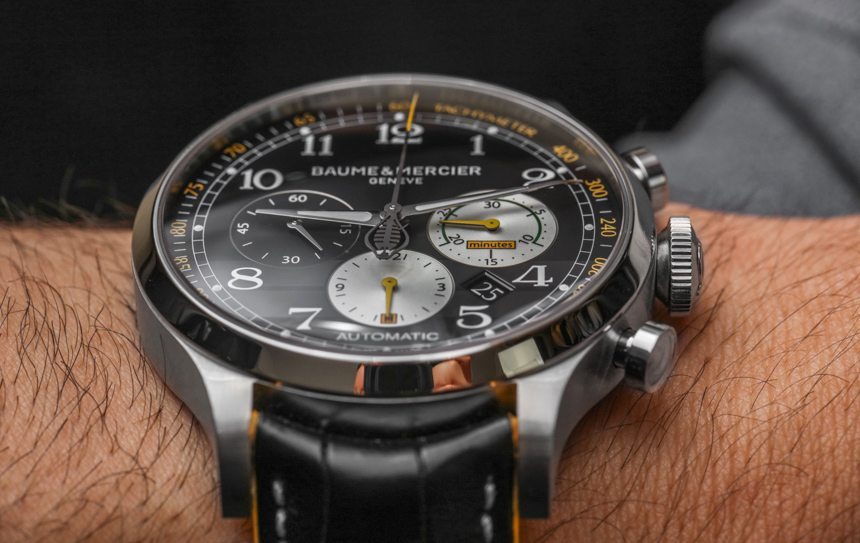 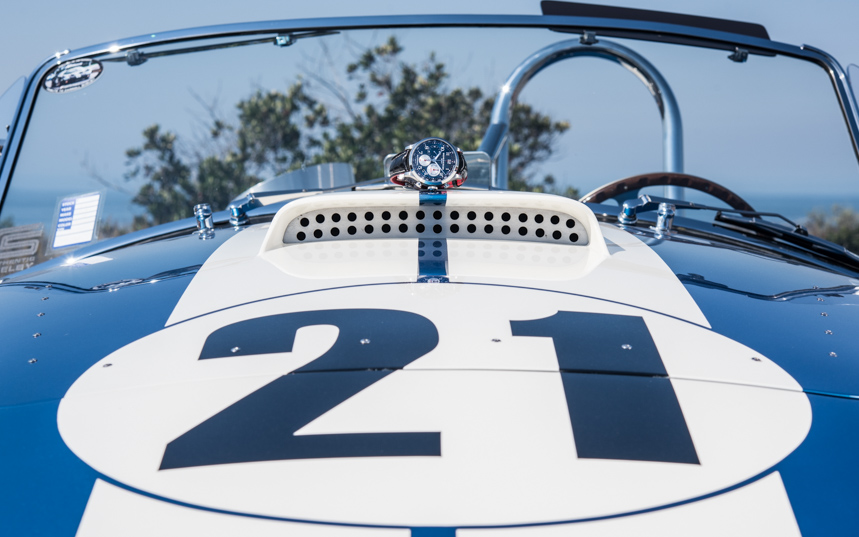 Cars, as I see them, are a lot like humans. Each and every one has its own character, and while every car can be “driven” and anyone can be worked together with, there always comes a point for both a car and a person, where they take back their own control – and you are just a spectator or worse, a victim of the story that unfolds. I couldn’t help but think of the Superformance Shelby Cobra as the car impersonation of Bud Spencer: very strong, never really very friendly, but if you know what to do and not to do, you’ll be fine. Take one liberty with it, though, and it will slap you in the face so fast and so hard, your facial features will end up on the back of your head. 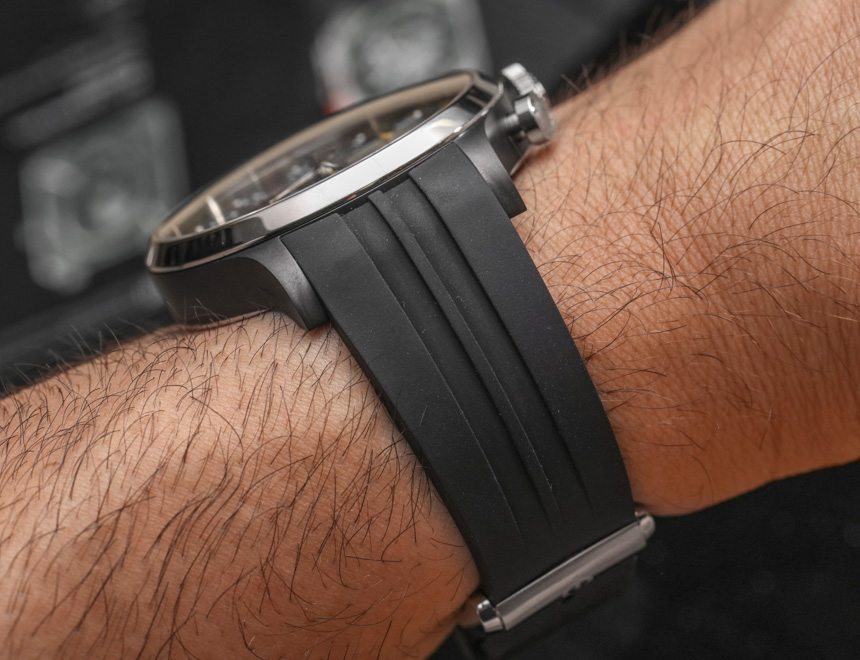 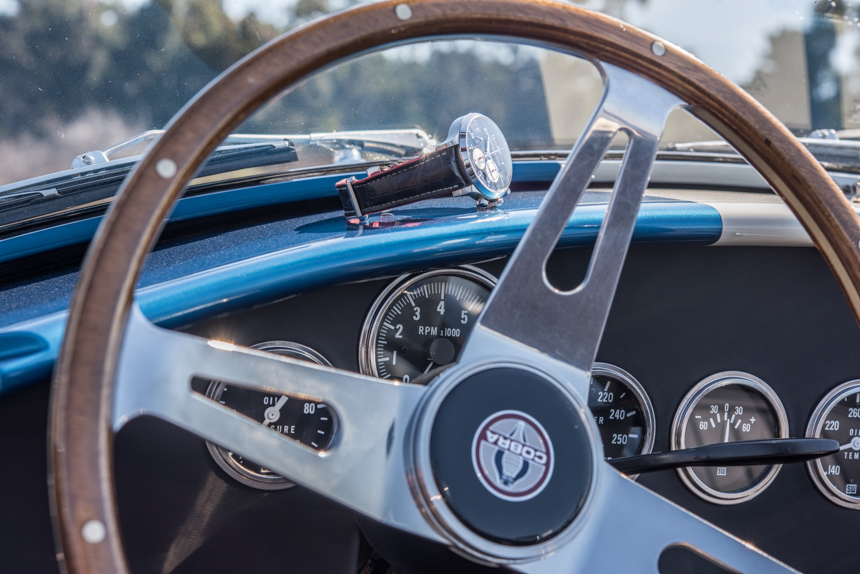 In car handling terms, this translates into a Superformance Shelby Cobra 289 FIA that can spin its real wheels with ease in third gear. And at that point, your straight-line travels transform into a high-speed, four-wheel float towards the nearest curb or tree – which travel I did have the pleasure of experiencing. Worse still is the short wheelbase: when the sticky, but by today’s standards not at all super high-performance tires let go, the back will not hesitate to overtake the front; something that can be tamed by extremely fast and perfectly dosed corrections on the steering wheel – but that has its own challenges… 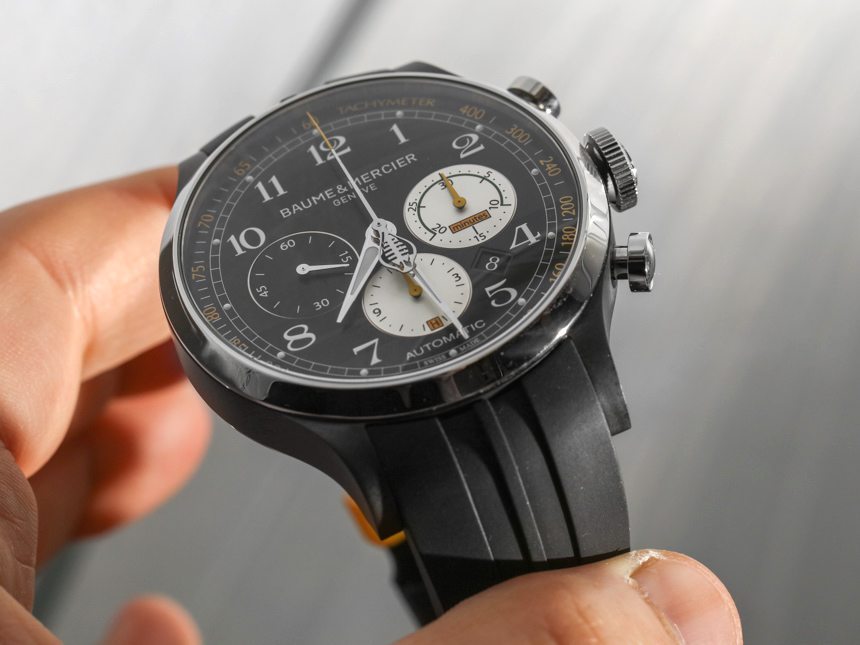 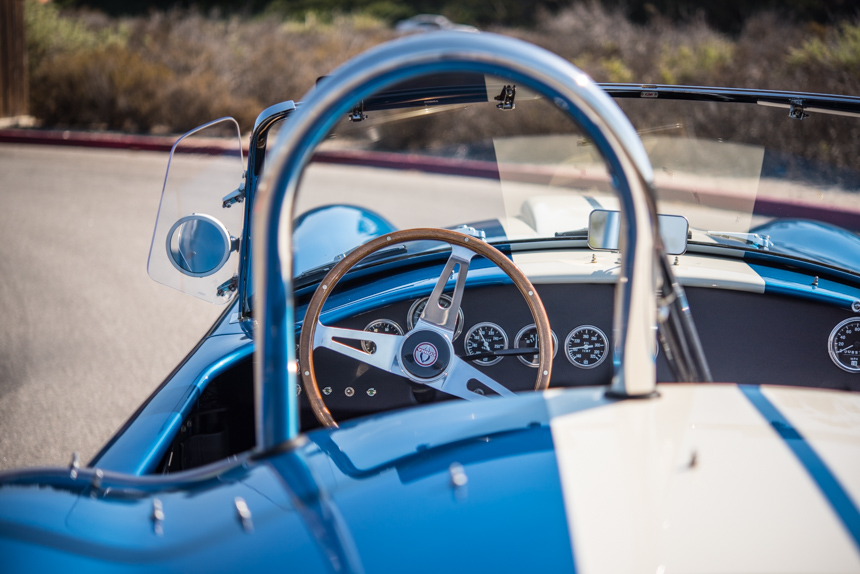 It is a true driver’s car in more than a few ways. To be able to drive it – let alone drive it well – you have to love and know cars in a way that goes beyond superficiality or a mere familiarity with car specs or history. It is one beast of a car, with its DNA purely derived and unadulterated from an era that car racing fans reminisce about with teary eyes…

…You see, this particular Superformance Shelby Cobra 289 FIA had none of the following: stability control, traction control, automatic gearbox, anti-lock brakes, power steering, power brakes! What it had was a 480 horsepower Ford Racing engine, ridiculously heavy, unassisted steering, remarkably heavy and, again, totally un-power-assisted brakes, a five-speed manual gearbox, and a throttle that liked to be either a hair beyond idle, or full open – anything in between and the race spec engine just didn’t enjoy your company. 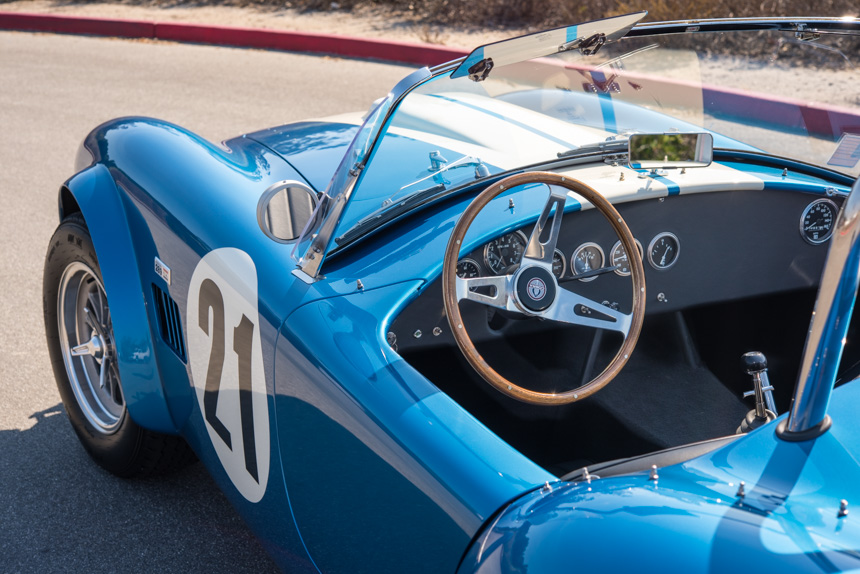 The result of all this “back in my day!” rawness? It is a driving experience most modern healthy lifestyle aficionados would gladly refer to as a proper workout. I have driven cars before without power steering, but the steering lightened up considerably once the car was moving. Here, though… Your biceps and triceps will have to deliver if you want to make the upcoming U-turn! And the brakes? You must be quite literally standing on the middle pedal, and when you apply force that would be enough to slam any modern car into a dead halt, here you are still coasting towards the pack of cars at a red light at considerable speed, bracing for whatever is left of your manly calmness. 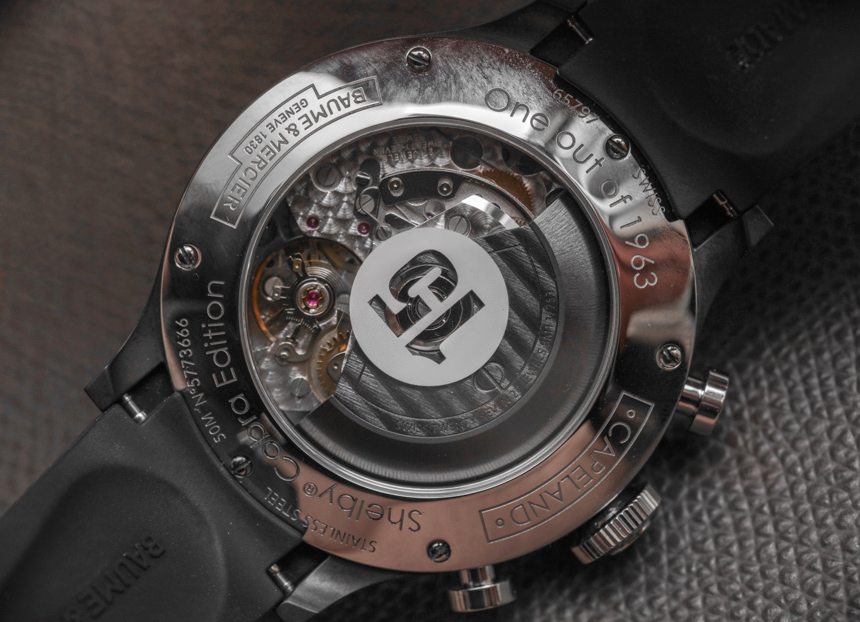 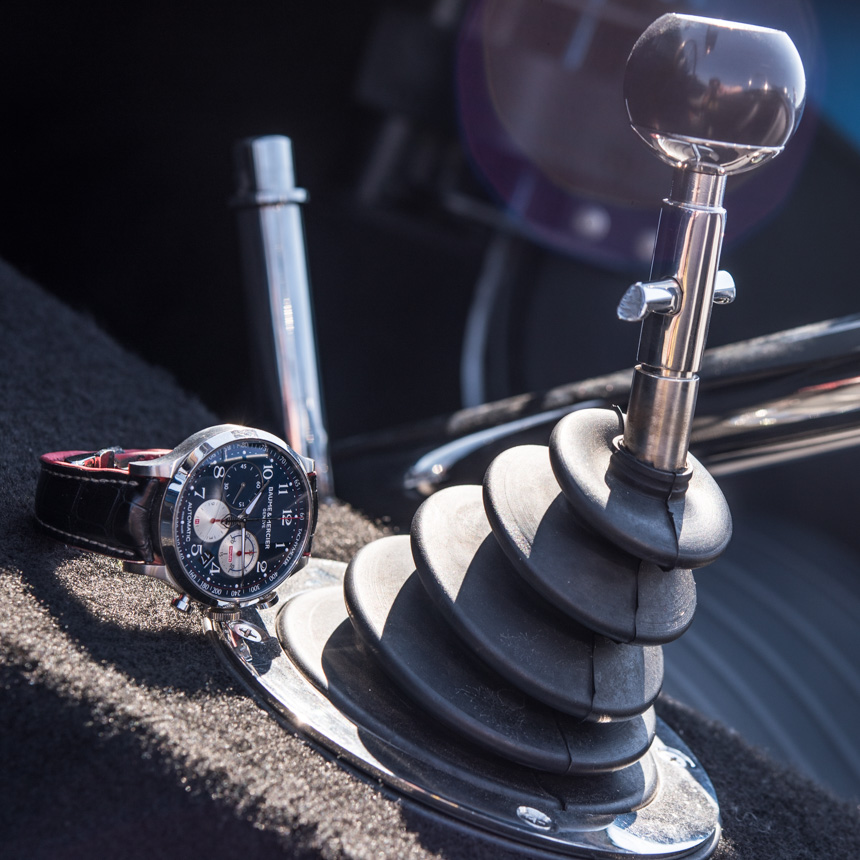 The manual gearbox requires some manhandling as well. You’d better know your rev-matches and heel-and-toes (and again, be able to first know what these things are and how to execute them), otherwise you will lock the rear wheels up on a downshift. Get these wrong when pushing the Superformance Cobra and your Bud Spencer-style slap in the face turns into something much more severe. 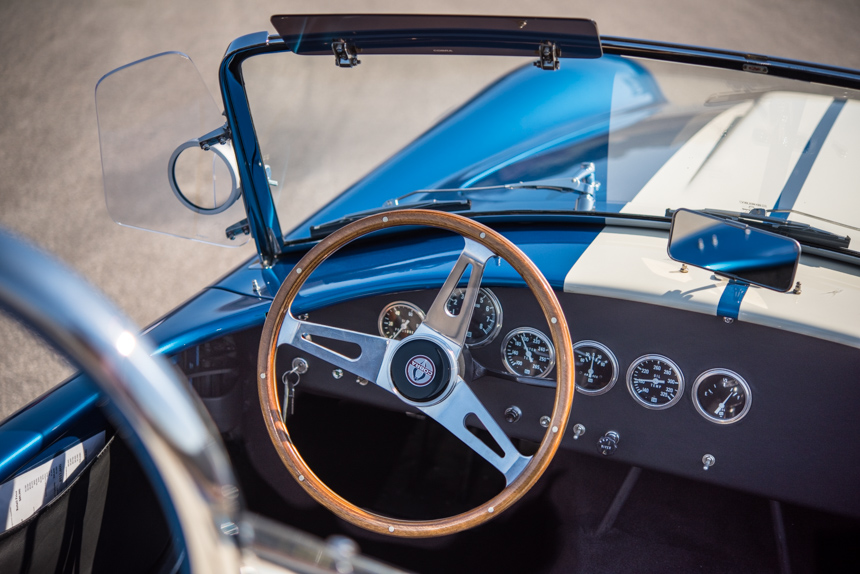 I have been fortunate to drive a few of today’s 500-600+ horsepower supercars including Ferraris, Lamborghinis, the Jaguar F-Type R or the new Corvette, but they all – cumulatively – pale in comparison to the fire-spitting, awe-inspiring and (mildly) life threatening thrill of this particular Cobra. Driving this car well builds your ego and your testosterone levels like very few other things I could possibly imagine or be allowed to mention on this platform – by contrast, modern cars are impressive in a different, more safe, and much more refined, albeit also undoubtedly addictive way.