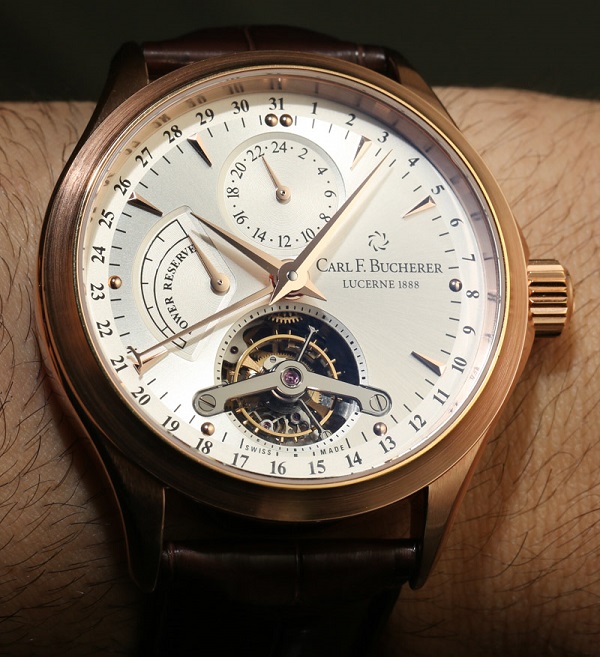 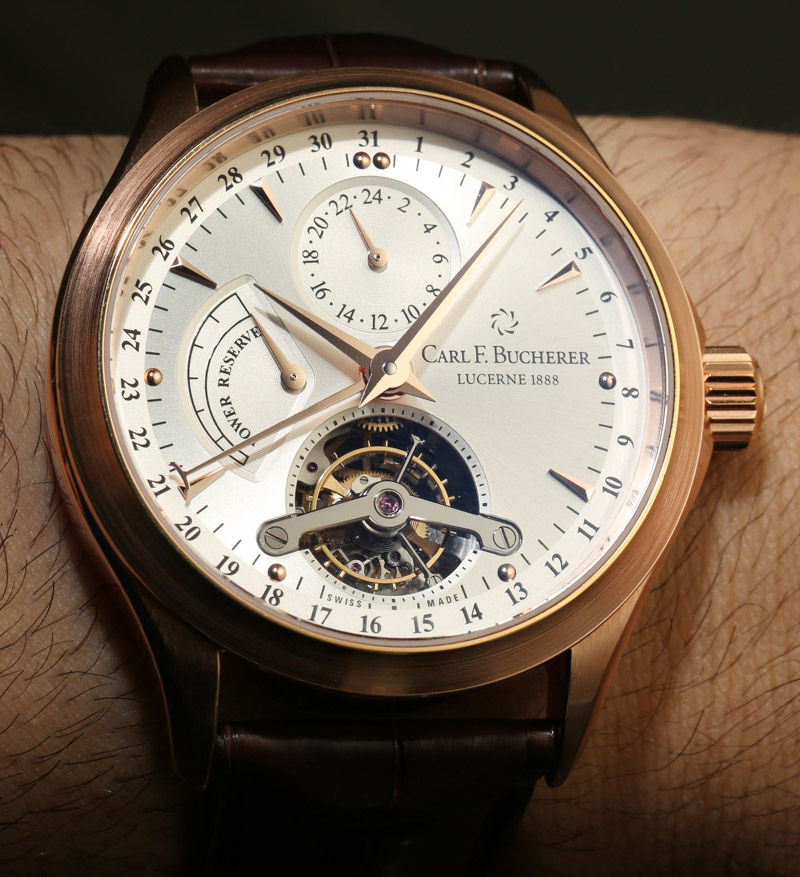 Carl F. Bucherer may choose 2013 and 2014 as the right moment in the brand’s existence to share their long history. Coinciding with this desire to open up about their past, they have just released their first tourbillon with the limited edition Manero Tourbillon watch. Why did they wait until now to discuss the brand’s origins? Well, it really has to do with the brand wanting to distinguish itself from its “parent.” What we have here is the story of a teenager growing up. The Carl F. Bucherer watch brand stems from the Bucherer family that owns the important watch retailer – which did have a lot of watches in the past. Their vintage collection is quite impressive.

You see, when Carl F. Bucherer began, it wanted to be a modern Swiss watch brand from a design perspective. Most of the early models as well as the design of their in-house made CFB A1000 movement is very edgy and modern. The A1000’s bridges and plate are more inspired by technology than traditional timepieces. They didn’t want to mention their ties to the retailer Bucherer for a range of logical reasons. For a period of time the name of the brand was probably just going to be “Bucherer.” Anyhow, they aren’t going to abandon their more modern collections, but a few years ago they decided to “go classic” based on market pressures. 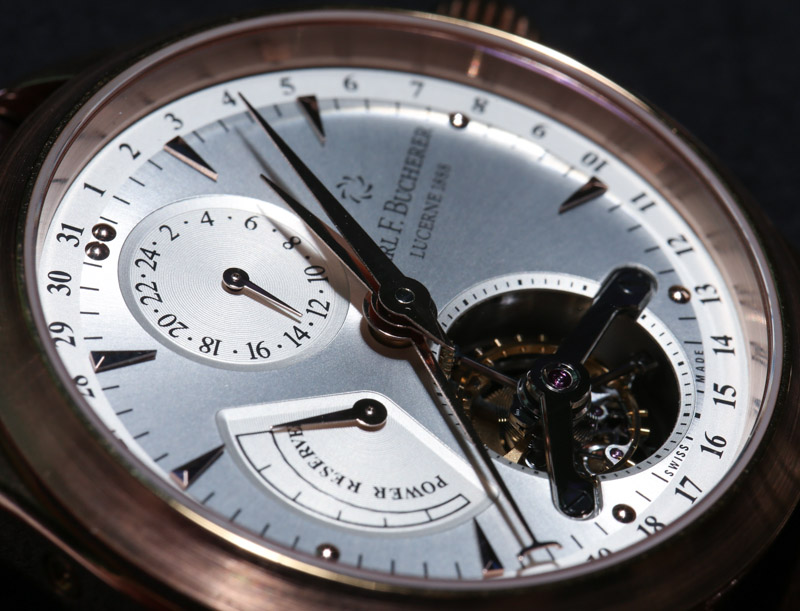 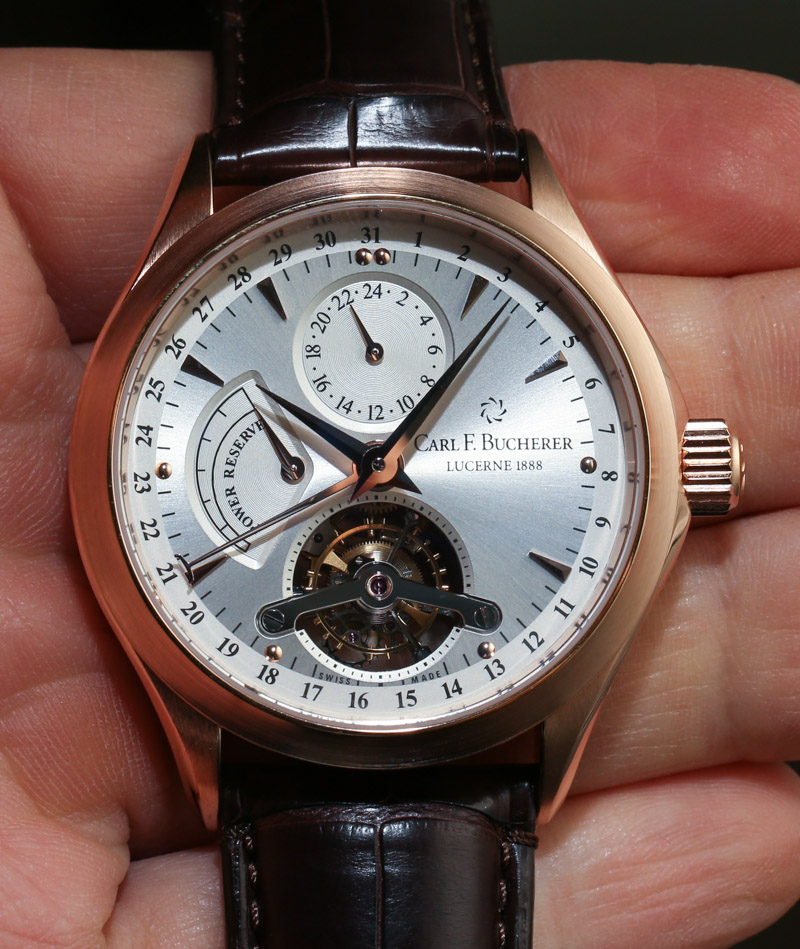 Not all of the classic looking Carl F. Bucherer timepieces are unique enough from the competition in our opinion. Then again, producing a classic watch in many instances is about looking exactly like the well-performing competition. Having said that, Carl F. Bucherer has some standout models and a design philosophy that we can wholeheartedly get behind. They are among the few brands that really want to produce useful watches that put utility in a more important place than mere looks. Their watches also follow a lot of the important watch design legibility rules that are often loosely followed or ignored by others.

A good example are the hands on this new limited edition Manero Tourbillon. The hour and minute hands have a dilemma. They cannot at the same time, be sized in the proportional manner people are accustomed to, and also line up with the right indicators. So an effective compromise is made. Knowing that the minute hand is the most important, Carl F. Bucherer lines it up to touch the very end of the hour markers (just like it should). The hour hand does not touch the hour markers at their tip, but it is proportion to the minute hand. The other hands work pretty well too.