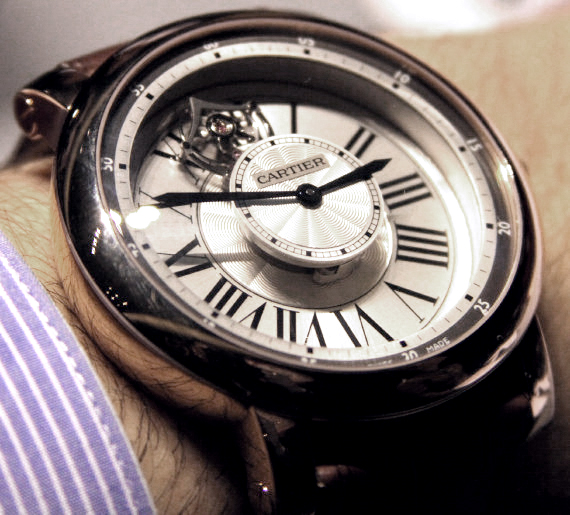 If you would have asked me before I visited SIHH 2010 what brand would have impressed me the most, I don’t think that Cartier would have been one of my top choices. The maker of high-end watches usually focuses on the jewelry side of watch making more than the complex mechanical side. At least it used to be that way. Part of their current and future goals is to assert themselves as a true master watch maker. As such, SIHH was filled with interesting and complex watches. Of course not all of their watches are going to be so complex, but they are going to from now on, focus on a haute horology collection for serious collectors. My favorite in this new collection is the Rotonde de Cartier Astrotourbillon watch (Cartier Rotonde Astrotourbillon). 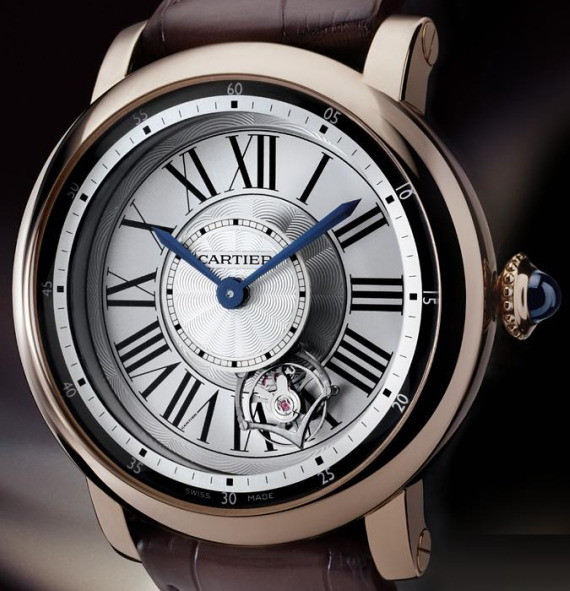 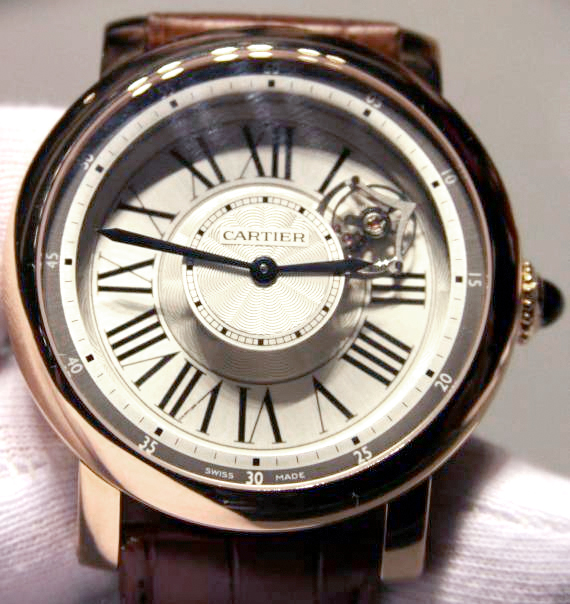 The watch isn’t technically a classic tourbillon – at least not in the traditional sense, but that was the best name. A tourbillon has the balance wheel spinning on its own axis, while the Astrotourbillon has the balance wheel moving around the entire dial. It does this once each minute and acts as a seconds hand. The concept is deceptively simple really. Inside the mechanics are a pain, but the watch pulls it off fluidly. You can see how fun the complication is to watch in the video. In many ways it is more satisfying than a traditional tourbillon to view. 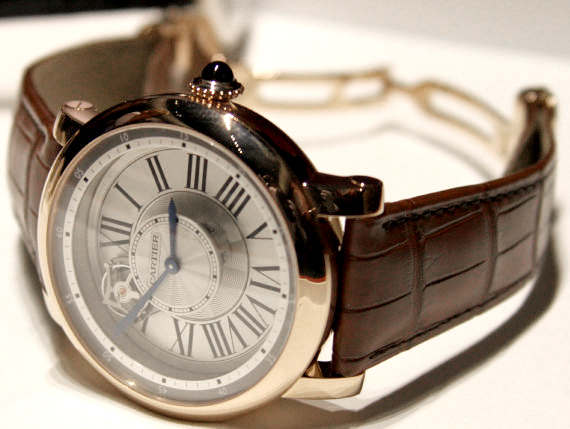 Cartier makes the MC 9451 movement entirely in-house. It is manually wound with about 48 hours of power reserve. It is actually quite efficient having under 200 parts. To have the special type of tourbillon be balanced it has a counterweight (not visible) that is in platinum. To have space for the complication, the case is thicker (but not too thick) and 47mm wide in 18k white or pink gold. The large case looks really nice on the wrist in Cartier’s usual smooth and polished fashion.

The dial isn’t at all hard to read. You have the typical blued steel hands that are centrally mounted and the Cartier Roman numerals. The dial is the standard silverish tone that Cartier is good at offering. the “plateau” part of the dial has some nice guilloche machine engraving that looks classy. Then you have a bit more of the engraving on the lower part of the dial around the base of the plateau. The entire composition is topped off with the Cartier crown with a blue sapphire crystal cabochon. While the watch is not limited in production, the movements are individually numbered. Price is pretty up there. I forget the exact amount but it is over $100,000. Don’t worry, there is at least one nice new Cartier release this year that won’t break the bank (as hard). Otherwise you can appreciate this Cartier Astrotourbillon as I do be charmed by its style and ingenuity from a place you might have no expected.