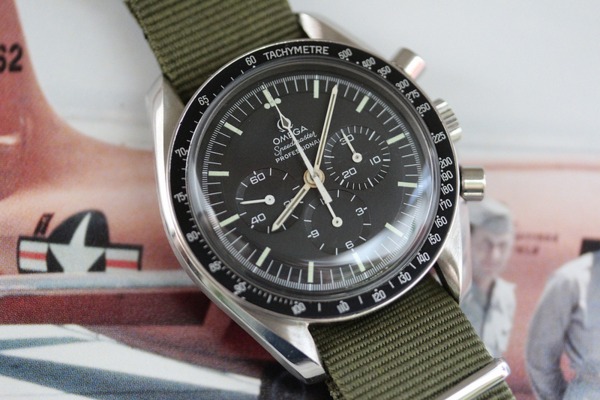 3 Essentials If You Love Vintage Watches 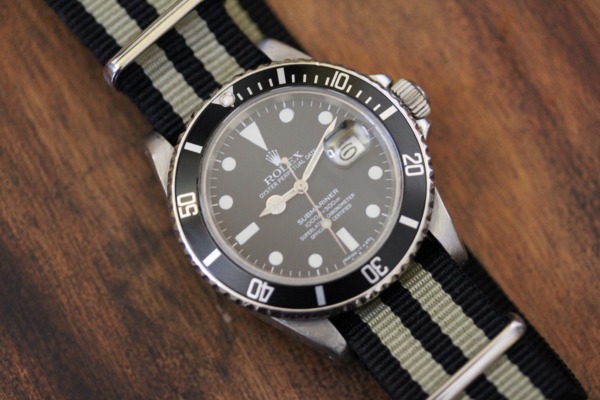 I am very much a “watch guy.”  If you’re reading aBlogtoWatch, then chances are high that you’d consider yourself to be a member of the same club.  But it’s worth noting that within our niche group of horologically inclined individuals, there are several sub-categories of watch enthusiasts.

There are the singularly brand loyal, those who pledge their allegiance to one brand above all.  There are those who are captivated by the haute horology models.  The movement snobs.  The luxury enthusiasts.  The tool watch/sports watch crowd.  You know who you are.  At one time or another, I’ve dabbled in each crowd, attending events and enjoying pieces from each.  Each category of wristwatch enthusiast is just as warm, welcoming, and passionate as the next.  And none is better than the other.  But there is one crowd – a niche within a niche – that endures as a point of passion for nearly all watch enthusiasts.  Vintage watches.

I am truly obsessed with vintage wristwatches.  I lust after them, read about them, collect them, and wear them with pride.  I think for the most part, many in the aforementioned groups respect them as well.  Whether your taste runs to steel diving watches or a diamond studded grand complications, they represent the origins of all that we love.

Wristwatch enthusiasts are universally passionate about design, quality, and fashion.  We bask in the glow of their heritage and history of the models and brands we collect or aspire to collect as part of the justification for our passion.  It’s not a made up thing – not some sort of contrived culture we as enthusiasts have created for ourselves.  We need look no further than modern reissues and homage models such as the Audemars Piguet Royal Oak 15202 Jumbo (a tribute to the A Series Royal Oak of 1972), the Jaeger Le Coultre Tribute to Deep Sea Alarm, Bell & Ross’ Heritage Collection, and the Jack Heuer 80th  Birthday Carerra to see that, for the most part, the manufacturers themselves rely heavily on their history and early designs for inspiration – or at the very least, for marketing.

At the end of the day, it’s the true rarity, design, and history of a piece that gets me excited about collecting vintage pieces– but I think a lot of watch enthusiasts shy away from collecting them for fear of entry costs, maintenance needs, and the ever present spectre of fakes or “frankenwatches” cobbled together from parts of genuine watches and aftermarket components.  Surely, these are all legitimate concerns for any of us interested in adding an older timepiece into our collection.  However, there are some wonderful resources available to you, and the vintage choice is not always the more expensive option!

To add some focus to this issue, I’m going to recommend three very familiar classics that should need no introduction and are excellent buys as vintage pieces.  Each of these is a true icon of horology, and can generally be purchased for considerably less than a brand new version. 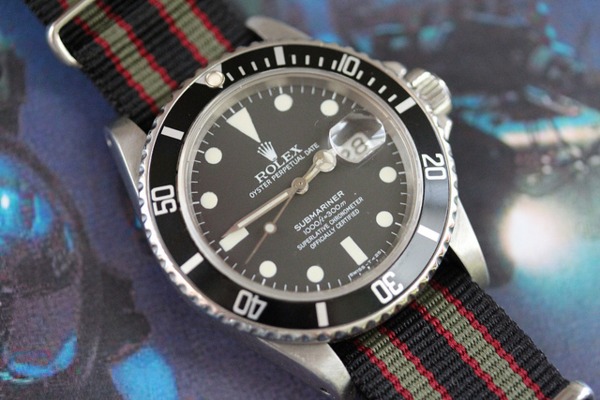 No discussion of vintage watches would truly be complete without the inclusion of a classic Submariner.  Rolex’s iconic dive watch that has been in production for over 60 years, and is the benchmark by which all other diving watches are measured.  Its classic design, industrial build quality, and precision as a timekeeper have all remained virtually unchanged since the very beginning.  Of course, there are a multitude of limited production references, some adding significant value to collectors (such as COMEX or military issue models), but what we’re focusing on here is a “standard” Submariner model 16800, which became commercially available around 1977.

The 16800 is the quintessential date-model Submariner, and mates traditional vintage design elements (such as a matte dial) with a modern, COSC movement (as robust as a Soviet tank) and a sapphire crystal.  In other words, this is a vintage Sub you could wear every day.  Personally, the glossy dials and white gold marker surrounds on modern Submariners just don’t do it for me – so this is the perfect choice for a balance of vintage appearance and wearability.  A brand new Submariner date model (REF 116610LN) retails for about $8500, but a vintage 16800 can generally be purchased on the secondary market for $5000-$6500.  And for several thousand clams less than what a new one would cost, you get to own a truly stunning example that makes you stand out from the rest of the suits in your office.   Oh, and James Bond wore one. 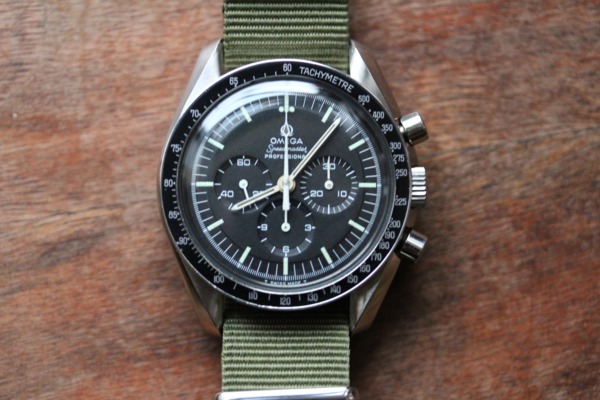 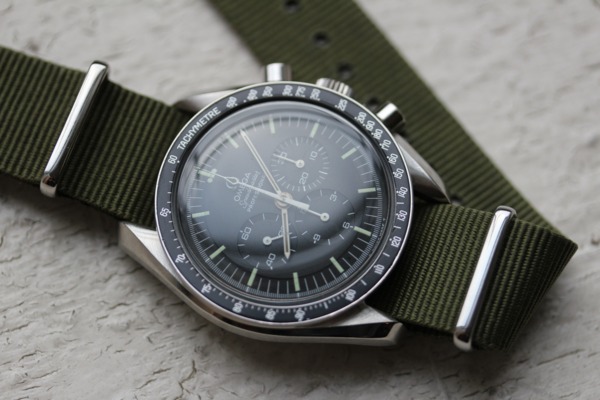 Arguably even more iconic than the Submariner, the Omega Speedmaster Professional is just about as important a watch as there will ever be.  It was worn on the moon, for chrissakes!

Ask any serious watch collector and they will generally include the Speedmaster on their list of all-time favorite watches for a number of reasons.  For the truly obsessed, the Speedmaster Professional model to collect is the calibre .321 from 1967 –the exact model worn during the Apollo 11 mission.  However, the immediate successor to this model is what we’re talking about here, and they began production in 1968.  Visually, the .321 and .861 calibres are nearly identical, so unless you get obsessive you’d be hard pressed to tell them apart.

Furthermore, like the actual moon watch, the .861 features a manual winding movement – a must have feature on a Speedmaster Professional.  .861 Speedmasters started being manufactured en masse before the moon landing and the movement is still used in a modified form today.  There are plenty of them out there on the secondary market to choose from, however the most desirable versions are the 1968-1969 “Pre Moon” Speedmasters with the traditional Omega Seahorse case back engraving, or the 1969-1970 versions with the “First Watch Worn On The Moon” case back.  Subsequent models (including those still manufactured today) feature a much busier case back with additional printing which are much more commonly found on the secondary market.

New manual winding Speedmaster Professionals (Ref 3570.50.00) retail for about $4500.  Vintage Speedmaster .861s start around $2000 and can go up to around $4000 for the pre-moon and “First Watch Worn On The Moon” case backs discussed above.  The bottom line is that this is chump change for one of the world’s most impressive and important chronographs.  You should own one. 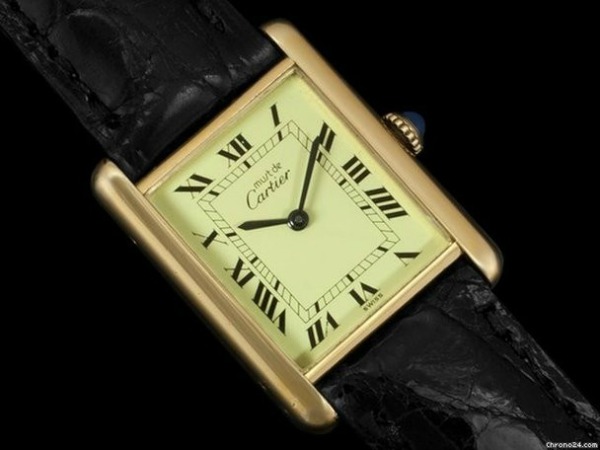 Switching gears for a moment, let’s consider the Cartier Tank.  Nothing like the industrial sports watches mentioned above, the Cartier Tank is an icon of luxury design, with its roots dating back to 1917.  The Tank watch has remained virtually unchanged in terms of design since its inception, with most changes over the years limited to being increases in case size, movements types, and finishes.  Cartier still produces several variations of Tank Watches, such as the Americain, Francais, Louis Cartier, and Solo.

Super early examples can command top dollar at auction, but there are plenty of models (both quartz and manual winding) produced over the last fifty years or so that are available on the secondary market for peanuts.   A new Solo model in the men’s size retails for $4500 at the base level with a quartz movement and yellow gold case.  A vintage equivalent can be easily found for less than half of that.

It’s arguable that when it comes to luxury watches, a vintage example is even more desirable – much as a vintage Jaguar will always trump the latest model when it comes to exuding taste and class when you pull up to your next Red Carpet affair.  The Cartier Tank is truly an icon of horological design, and while the layman might not notice that the piece your sporting is decades-old, you’ll know…and that’s half the appeal!

Regardless of whether your taste runs to divers, chronographs, or luxury pieces, there is something vintage for everyone.  So when you’re out looking for your next piece, give vintage some real consideration – I think you’ll be impressed at the amazing selection of great stuff on the market, and the price savings to be had over a new piece.  Of course, there are plenty of fakes, redials, and frankenwatches out there, so be sure to do your homework and speak with a trusted source before you buy.

James Lamdin is a freelance automotive and watch journalist based in New York City.  He is also the Founder of www.analogshift.com , an online boutique for a curated selection of exceptional vintage wristwatches.
Advertising Message