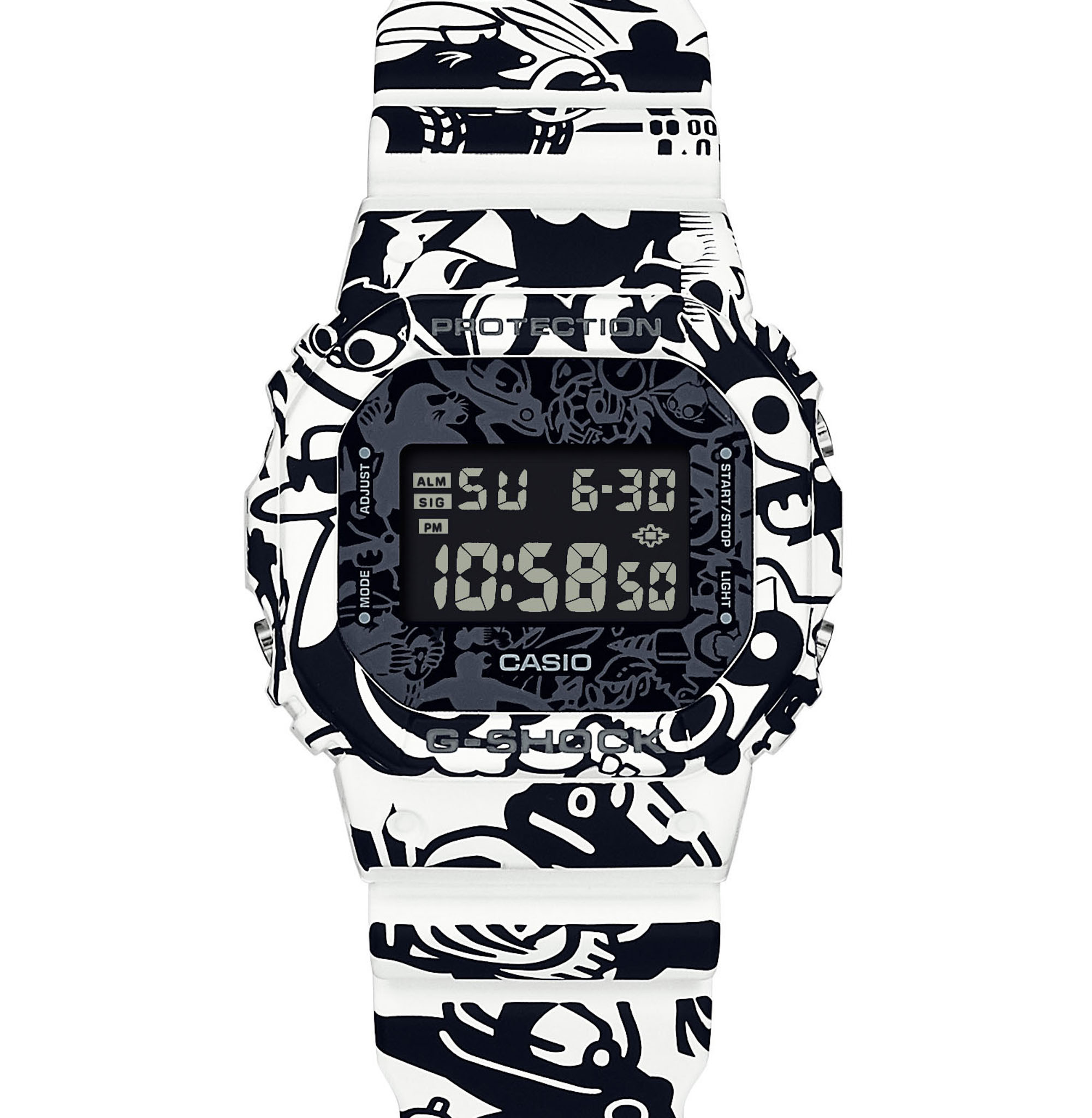 Throughout the years, Casio has had its G-Shock lineup serve as the home for countless different collaborations and sub-collections of watches. The brand’s Master of G range consists of some of the most feature-packed and professionally-oriented G-Shock models that exist within its entire catalog, and each one is purpose-built for use on land, at sea, or in the air. Additionally, Casio has often included various cartoon characters on the casebacks of its Master of G watches, such as a frog on the Frogman divers, a mole on Mudmaster models, and a wildcat on the Rangeman watches. For the brand’s latest release, which is known as the DW5600GU-7 “G-Shock Universe” watch, Casio has rounded up 18 of its most famous G Shock characters that span every from frogs and turtles to a mermaid and a flying squirrel and has used their familiar appearances as the design inspiration for the latest new addition to its catalog.

Based on the brand’s classic “Square” silhouette, the case of the DW5600GU-7 will be instantly familiar to nearly all G-Shock fans, and it measures 42.8mm-wide by 48.9mm lug-to-lug, with an overall thickness of 13.4mm. While its on-paper measurements make it sound rather large, the classic “Square” is actually one of the most compact G-Shock models that is currently available, and it also happens to be the original G-Shock design that Casio first unveiled to the public back in 1983. With that in mind, the new DW5600GU-7 “G-Shock Universe” watch features a dramatically different aesthetic compared to the inaugural model, and its resin bezel and strap are covered in what the brand is calling a “black and white camouflage design” that is created out of the 18 G-Shock characters that serve as the inspiration for its overall design. 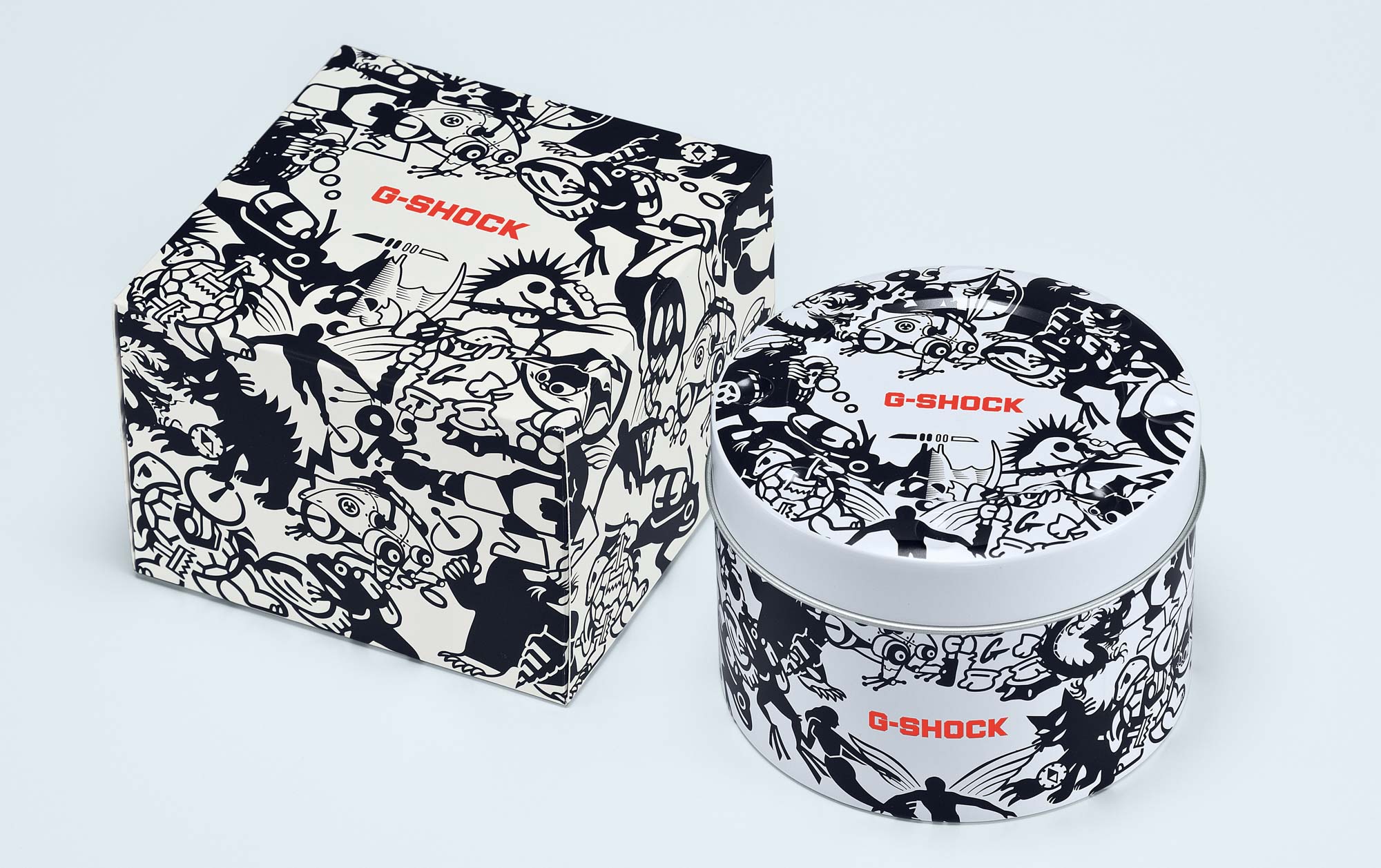 The character-based motif is mirrored on the watch’s dial, which appears in gray and black and surrounds the similarly colored reverse LCD screen display to compliment the overall color profile of the watch itself. Powered by Casio’s Module No. 3229, the DW5600GU-7 “G-Shock Universe” offers all of the usual multi-function digital watch features, such as a stopwatch, countdown timer, alarm, auto-programmed calendar, and an electronic backlight. Just like most other “Square” G-Shock models, access to the internal module is granted by the four buttons located on the sides of the case, while the shock-resistant resin middle case is fitted with a solid screw-on stainless steel caseback that helps provide it with the G-Shock collection’s standard 200 meters of water resistance. 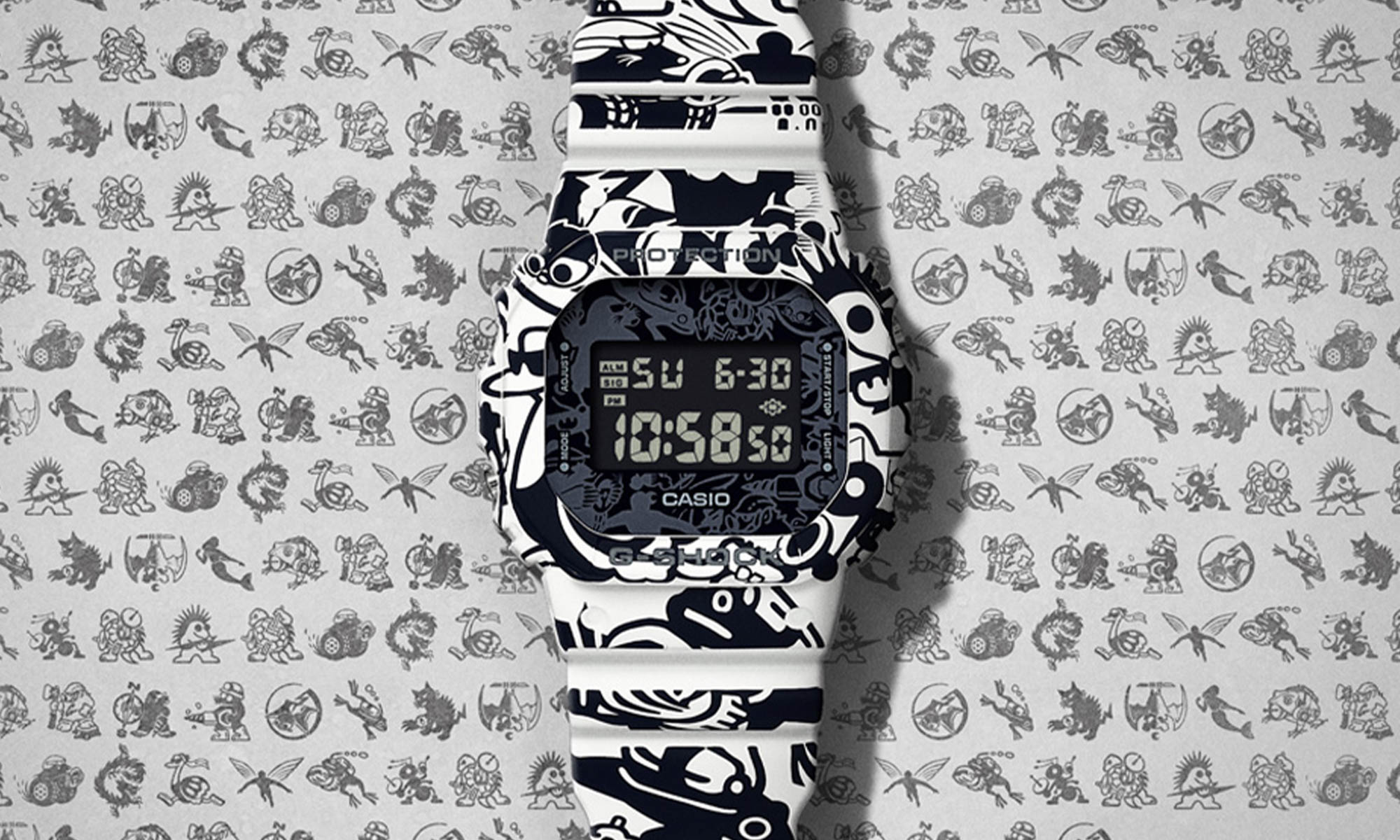 As a brand that operates more like a streetwear label than a traditional watch manufacturer, G-Shock is constantly producing variations and special editions of its core models, and the classic “Square” silhouette is easily the single case design that most frequently gets selected to serve as the basis for a new watch. Most special edition G Shock models are collaboration pieces or celebrate some theme or event. The new DW5600GU-7 represents the first time the collection has looked inward to its own universe for design inspiration. With an official retail price of $140 USD, the DW5600GU-7 “G-Shock Universe” watch will not be a limited edition, and the model will be available for purchase starting August 2022 at select retailers, online, and the G-SHOCK Soho store. For more information, please visit the brand’s website.